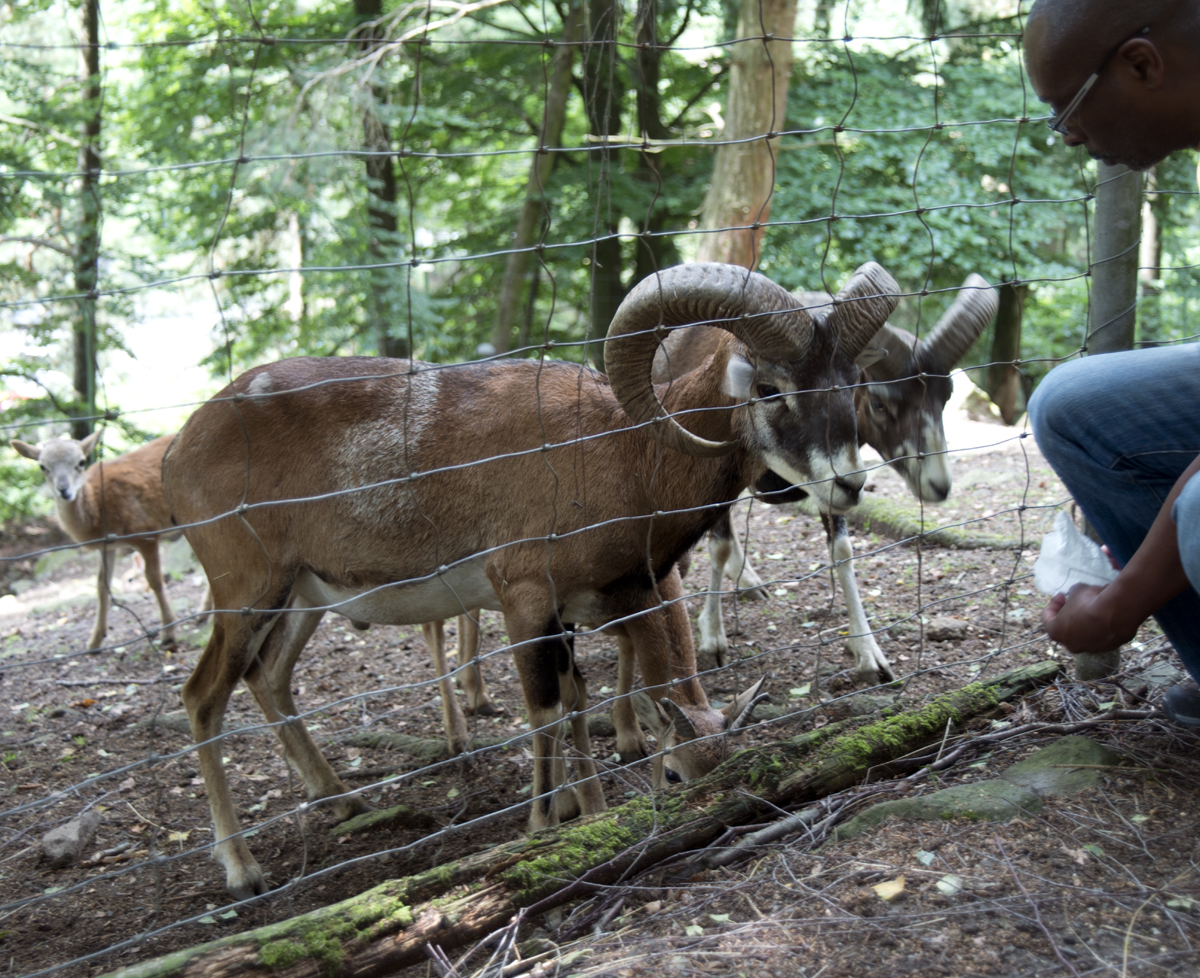 I’ve just spent a week in the Bayerischer Wald, or Bavarian Forest, a large, rural area in southeast Bavaria along the Czech border with lots of forest and low mountains. 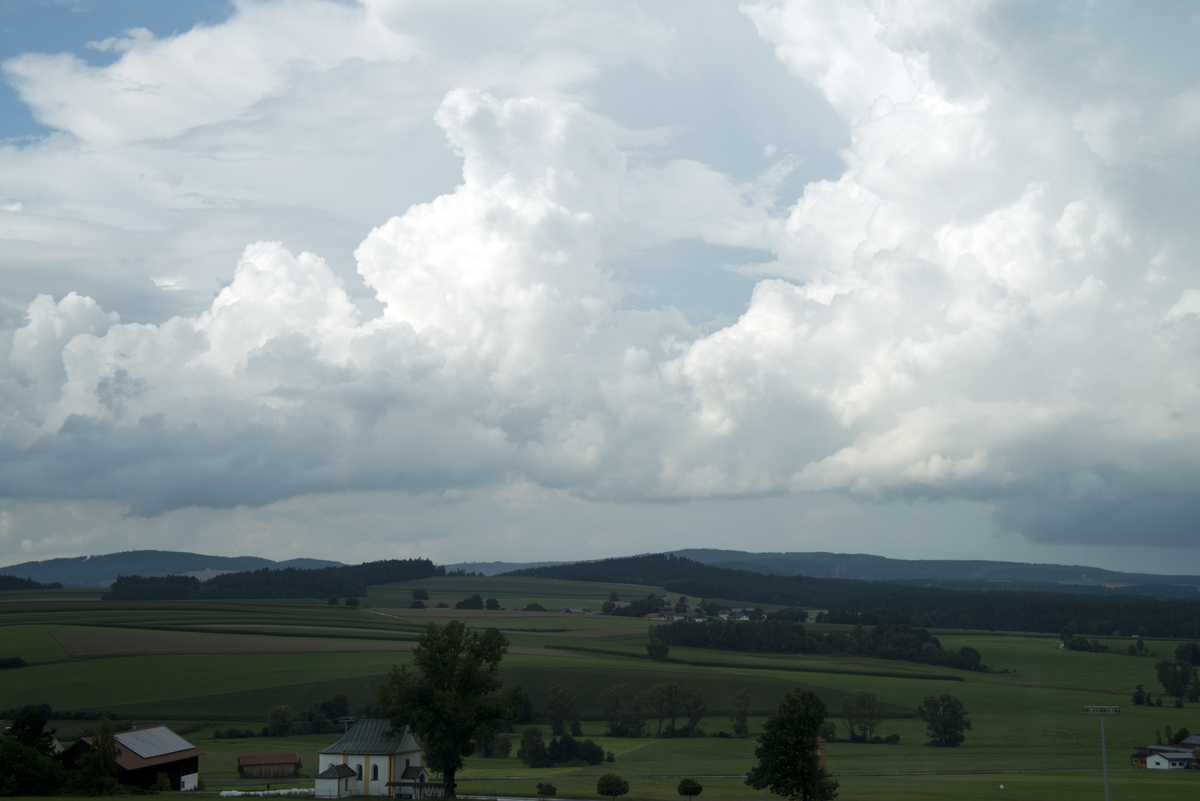 You may have heard of the Schwarzwald, or Black Forest. Well, this is another forest on the other side of the country. It’s not a national forest like in the USA, but rather a geographic region. That said, with the German priority for conservation, the forests are managed with an eye toward keeping nature intact. Building, farming, hunting and lumber harvesting are highly regulated. In fact, part of the Bavarian Forest is a nature preserve.

I stayed with my husband and our two German “parents”, Hilde and Adi, at Hotel Steinbruchsee which is owned by long-time friends of theirs. 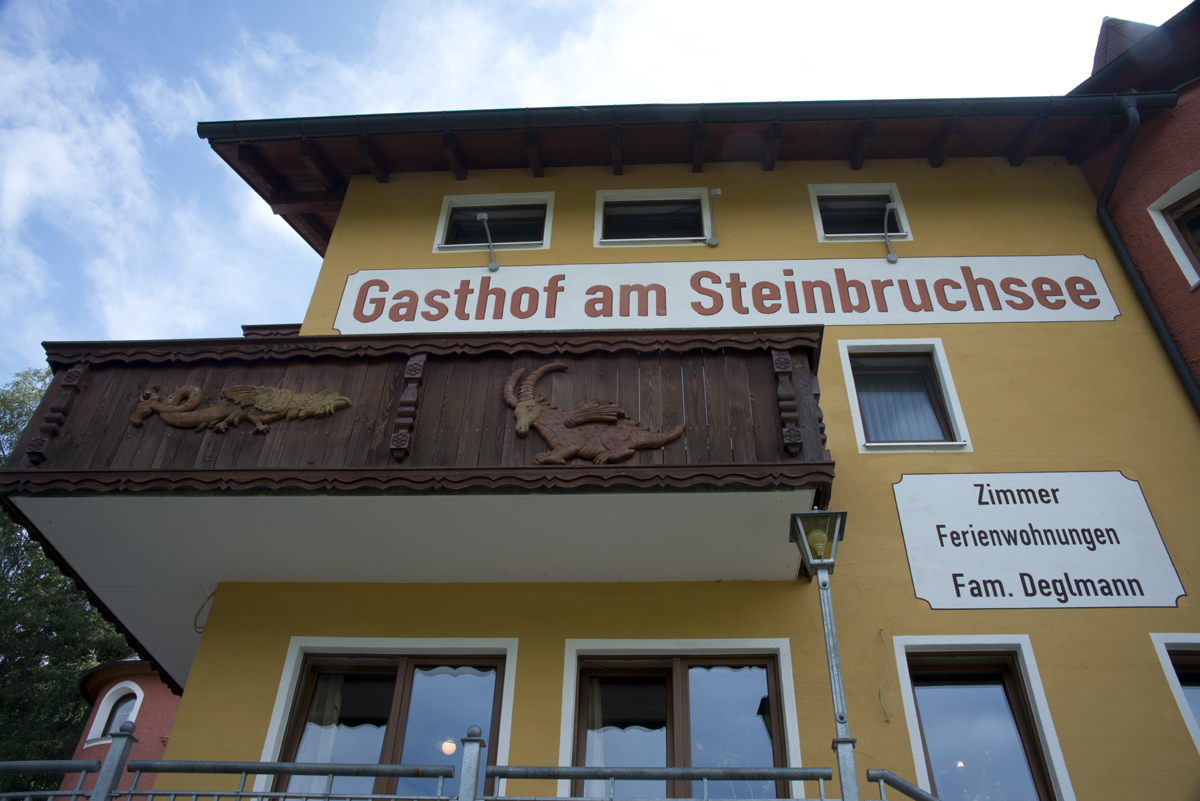 I’d stayed there with Hilde and Adi three years ago, and this time my husband was able to join us. We shared the ground floor in the guest house about a quarter mile from the main hotel. It was big, quiet and beautiful. 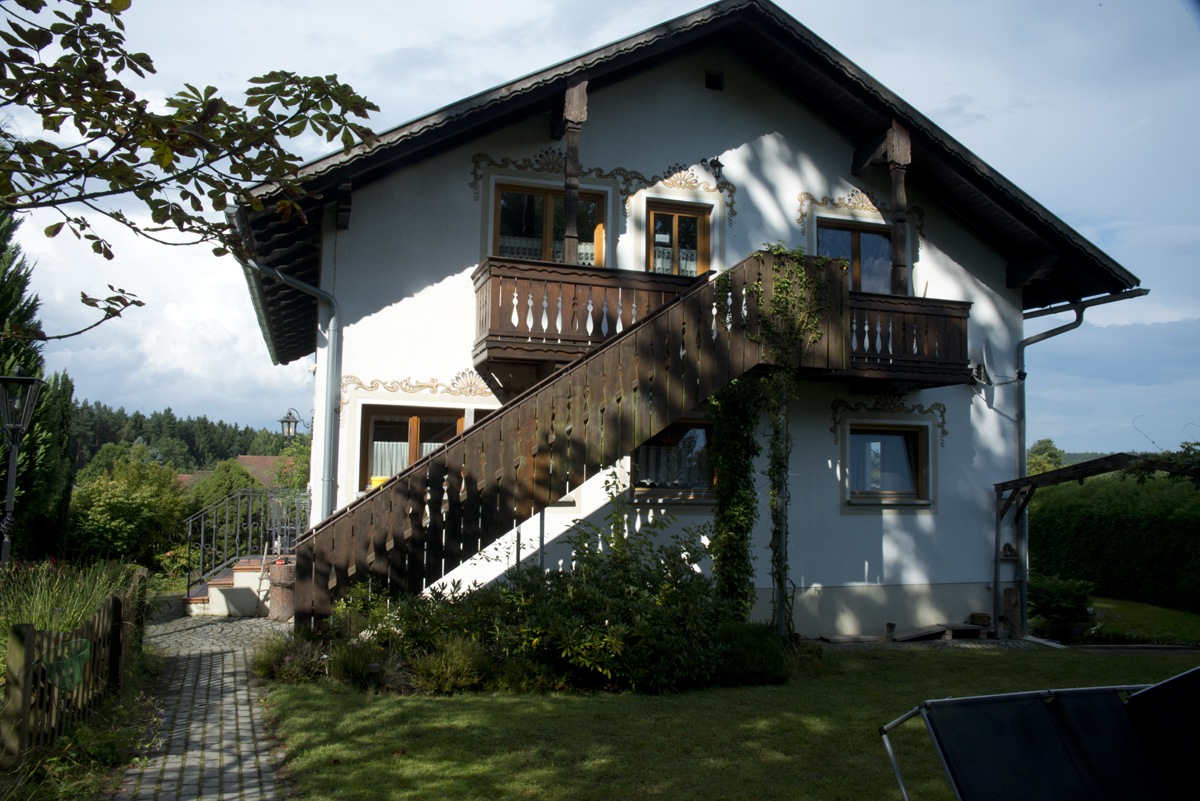 In addition to the hotel and gourmet restaurant, there is a forest museum, animal park, trout hatchery, clock museum, 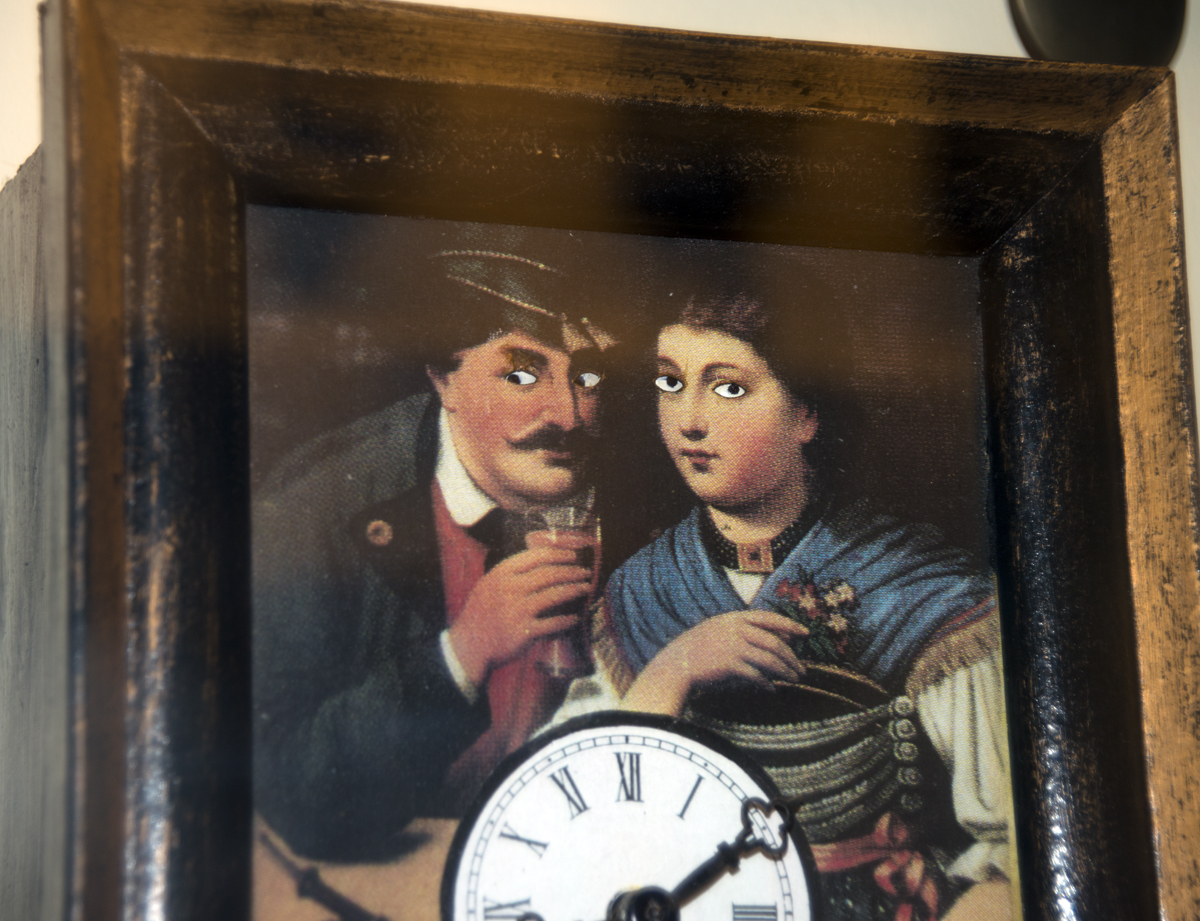 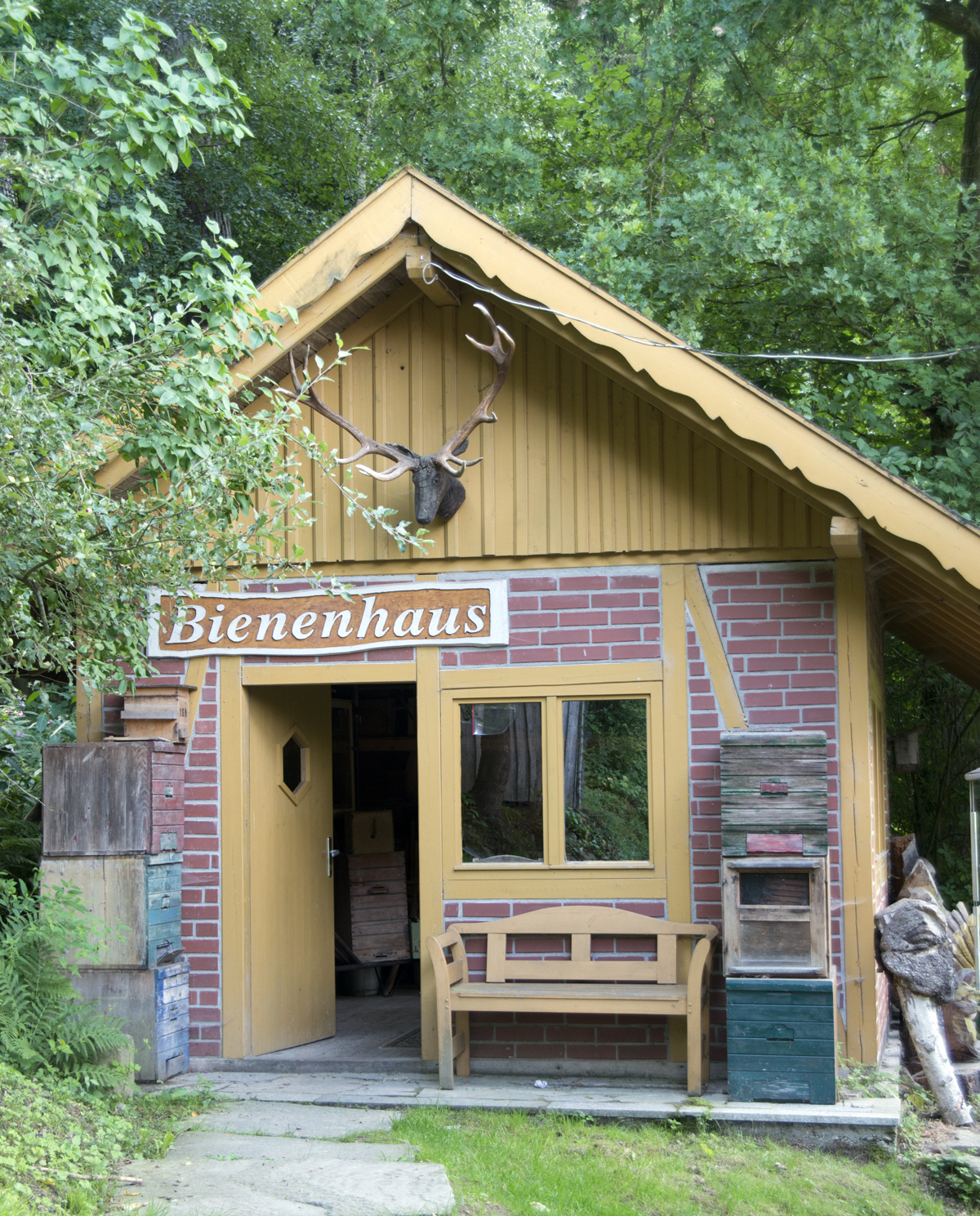 hiking paths and a childrens’ game room, plus a myriad of other interesting things, mostly related to life in the forest or on the farm. 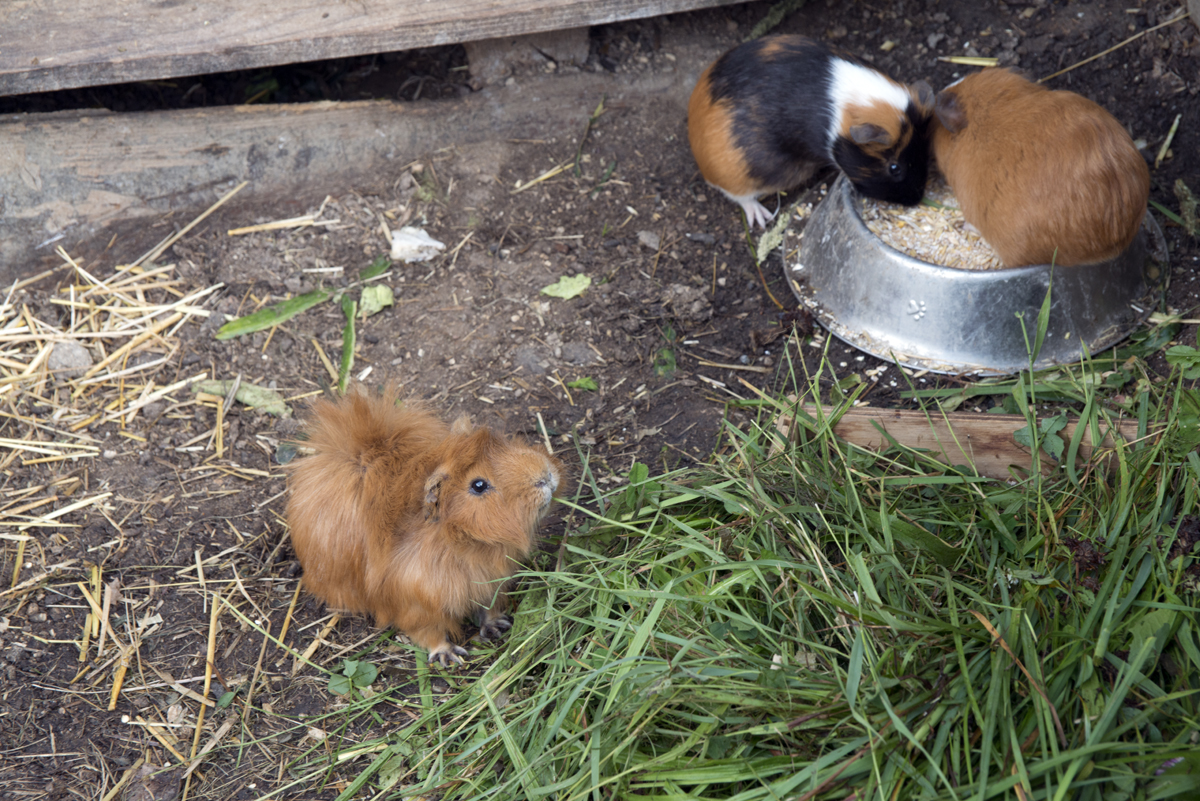 Only thing it didn’t have was reliable wifi and cell signals.

The selection of animals they keep there reads like the Tasmanian Devil’s prey list, with heavy emphasis on local wild game and a few exotics like emus, a llama and some nandu (ostrich-like birds). While there I got to see two beautiful twin lambs within an hour of being born and a baby donkey just hours after he entered our world. The photo below is a little low-res because I shot it with my iphone, not my Nikon, but aren’t they cute? 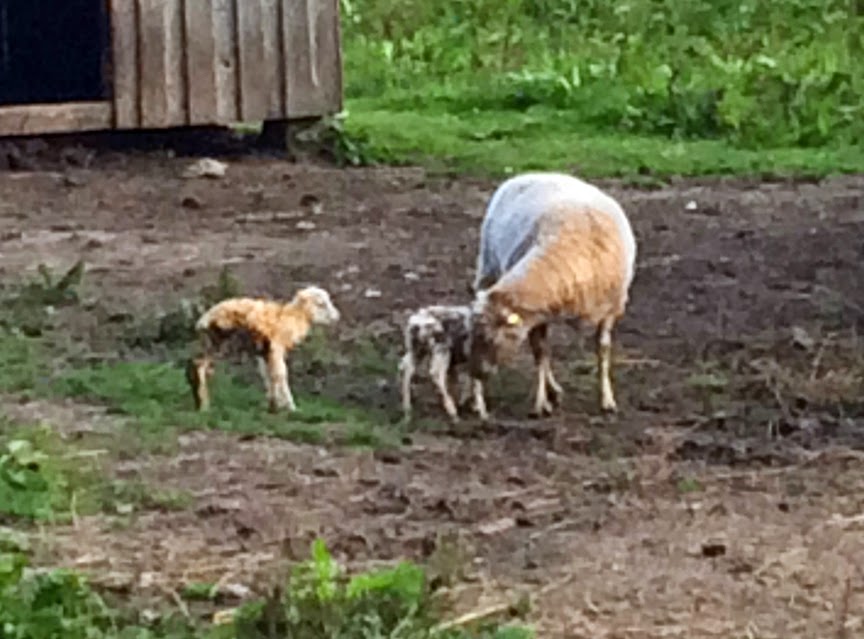 Conversely, the specials in the hotel restaurant are heavily meat-centric, and their fresh trout dishes are premium. If you go there, definitely order the almond trout – it’s the best thing on the menu.

On arrival day there was this sign in the restaurant’s foyer: 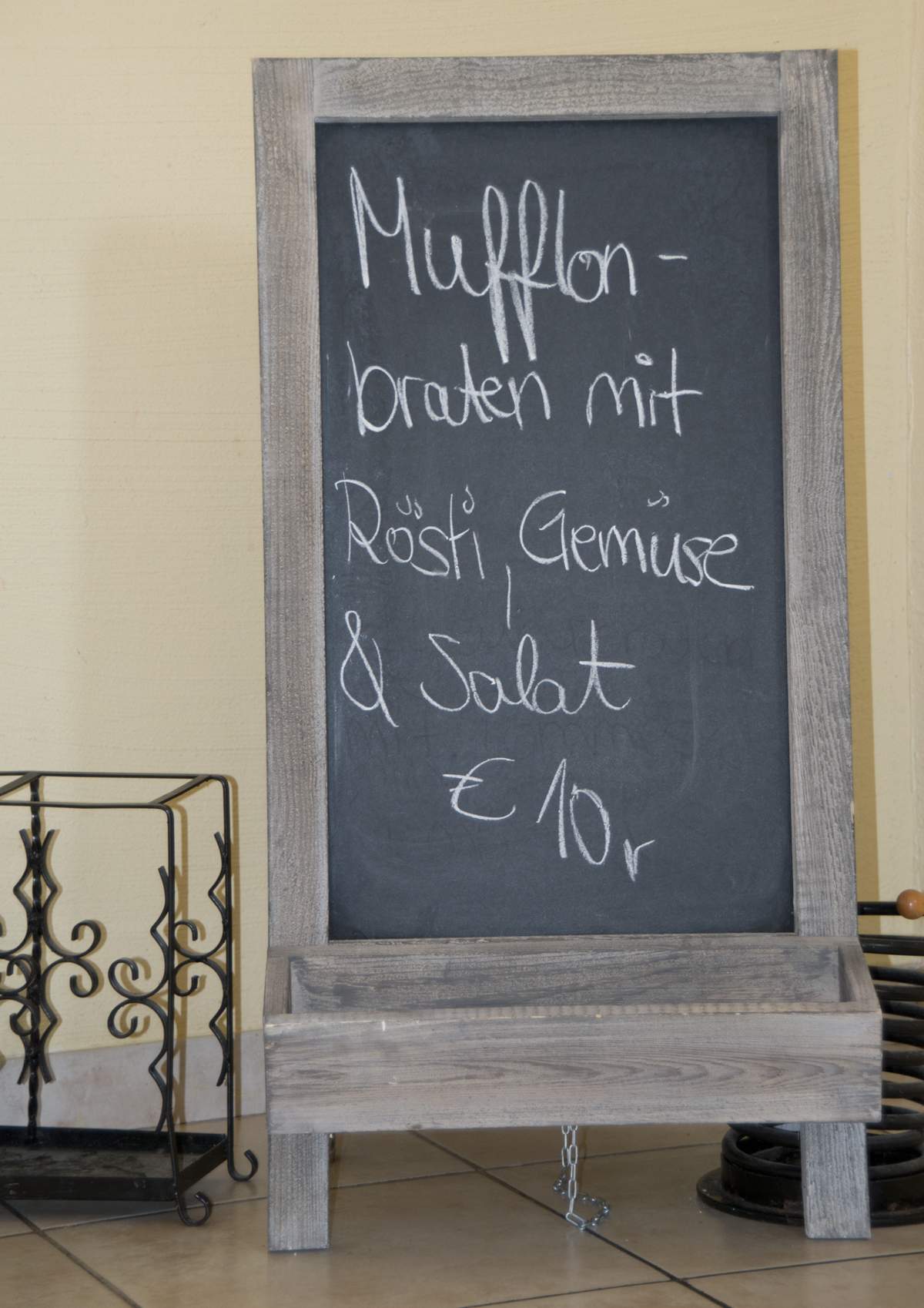 I’d never heard of Mufflon, much less eaten it. Fortunately, while I was enjoying my almond trout, Adi let me try his Mufflonbraten. It was wonderful. No, it didn’t taste like chicken, but rather like beef, with a rich, brown gravy that I’m sure had red wine in it.

Next day we toured the Wildgehege, or animal park, a big enclosure with lots of different kinds of deer that you can feed by hand. Here’s my favorite guy, the white stag: 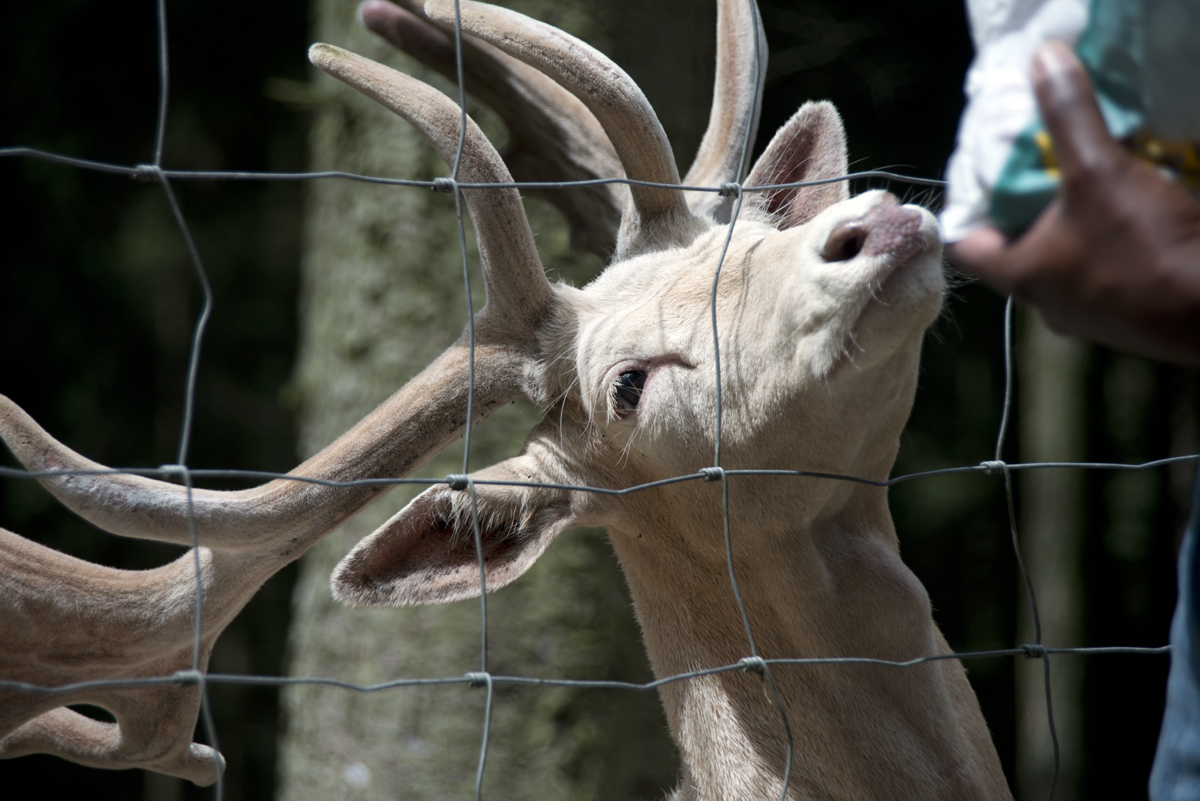 In the mornings he stands in the forest in a shaft of sunlight and is just luminous!

Also along the path in the animal park were live Mufflon themselves:

A little research revealed that mouflon, the English version of the word, is a type of wild sheep originating on the islands of Corsica, Sardinia and Cyprus. They are considered to be one of the two species of sheep that are ancestors of the modern domesticated sheep, e.g., those lambs above.

So next night I ordered the Mufflonbraten for myself. Incidentally, any meat with braten on the end in German means they’ve made a roast out of it. Therefore, I was eating mouflon sheep roast.

Here it is with the Rösti (“potato pancakes”) and Gemüse (“vegetables”): 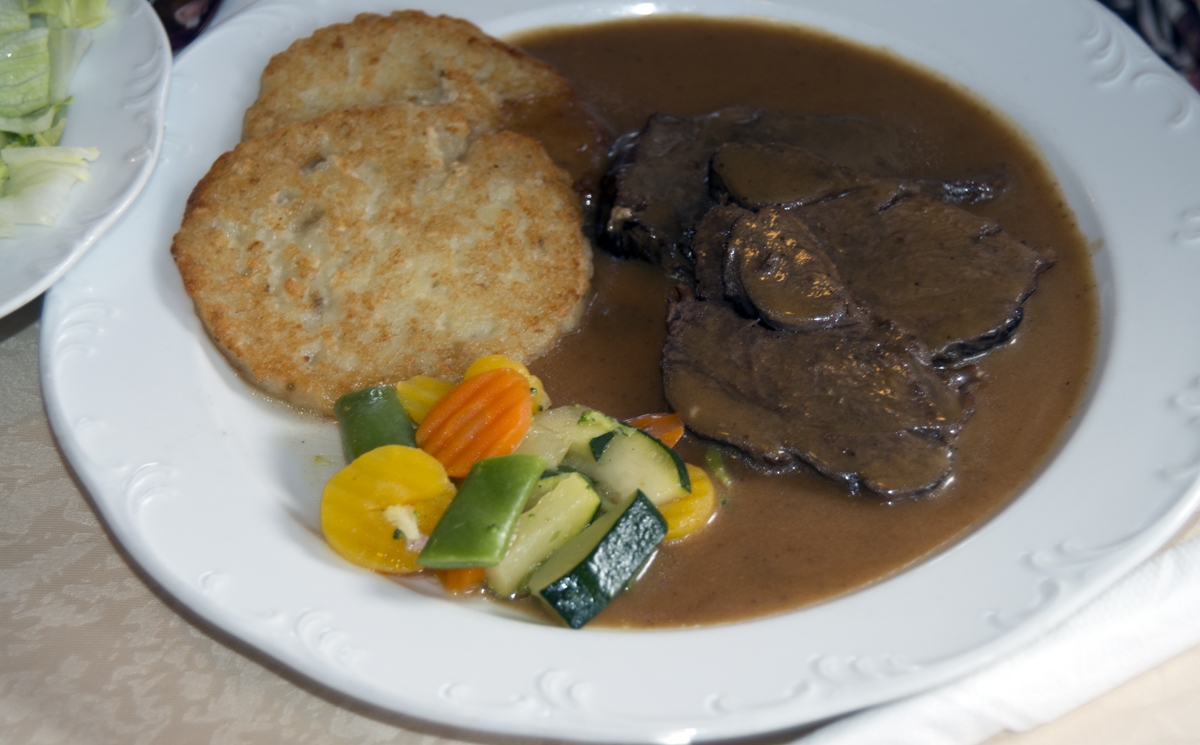 I always ask for the recipe, but I’ve learned that Alfons, the owner and chef extraordinaire, just doesn’t give that information out. I’ll keep working on him, though.

We made a few daytrips during the week as well.

The local, touristy glass-making town, Arnbruch – they have a wonderful glass park there, 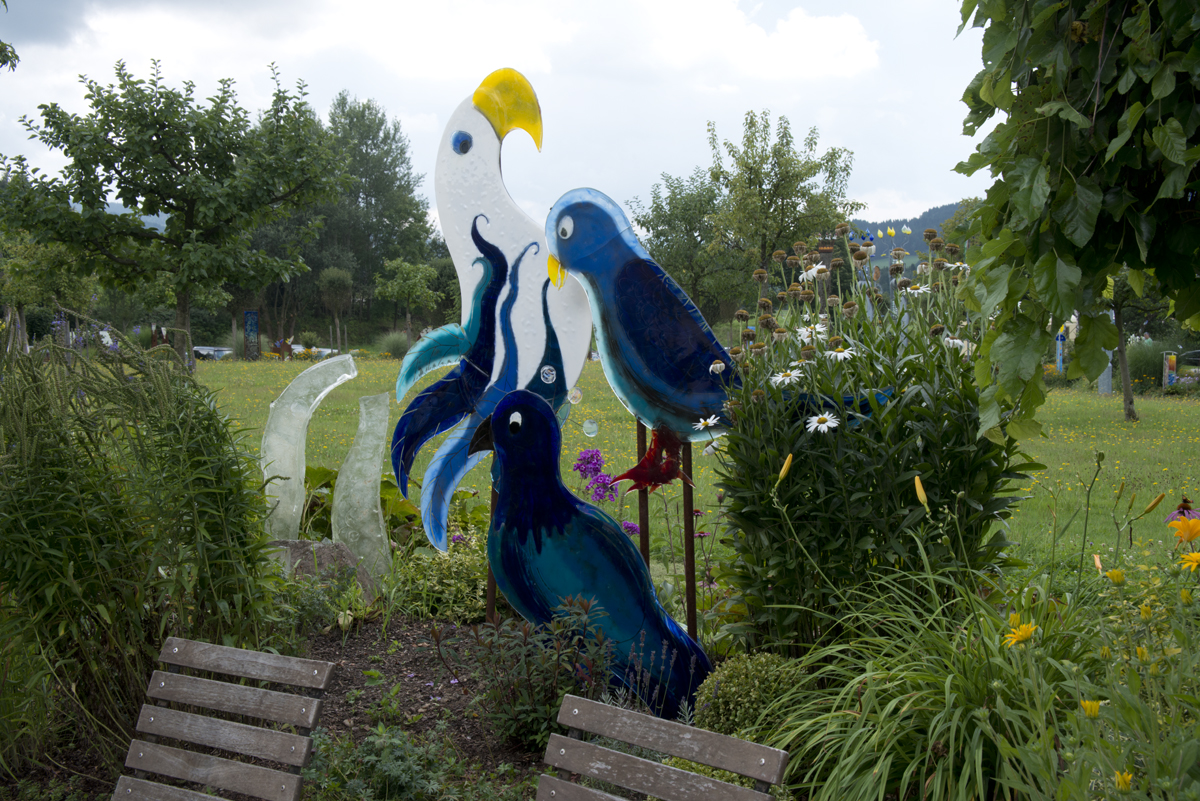 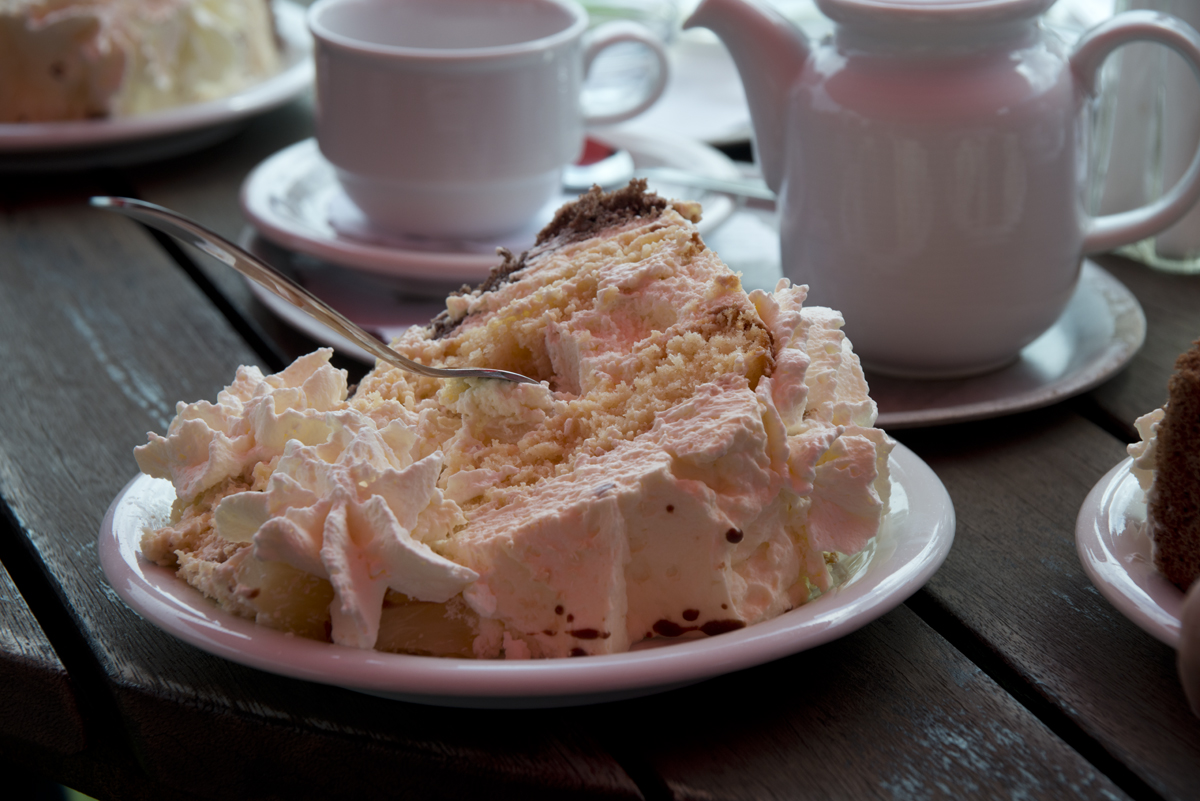 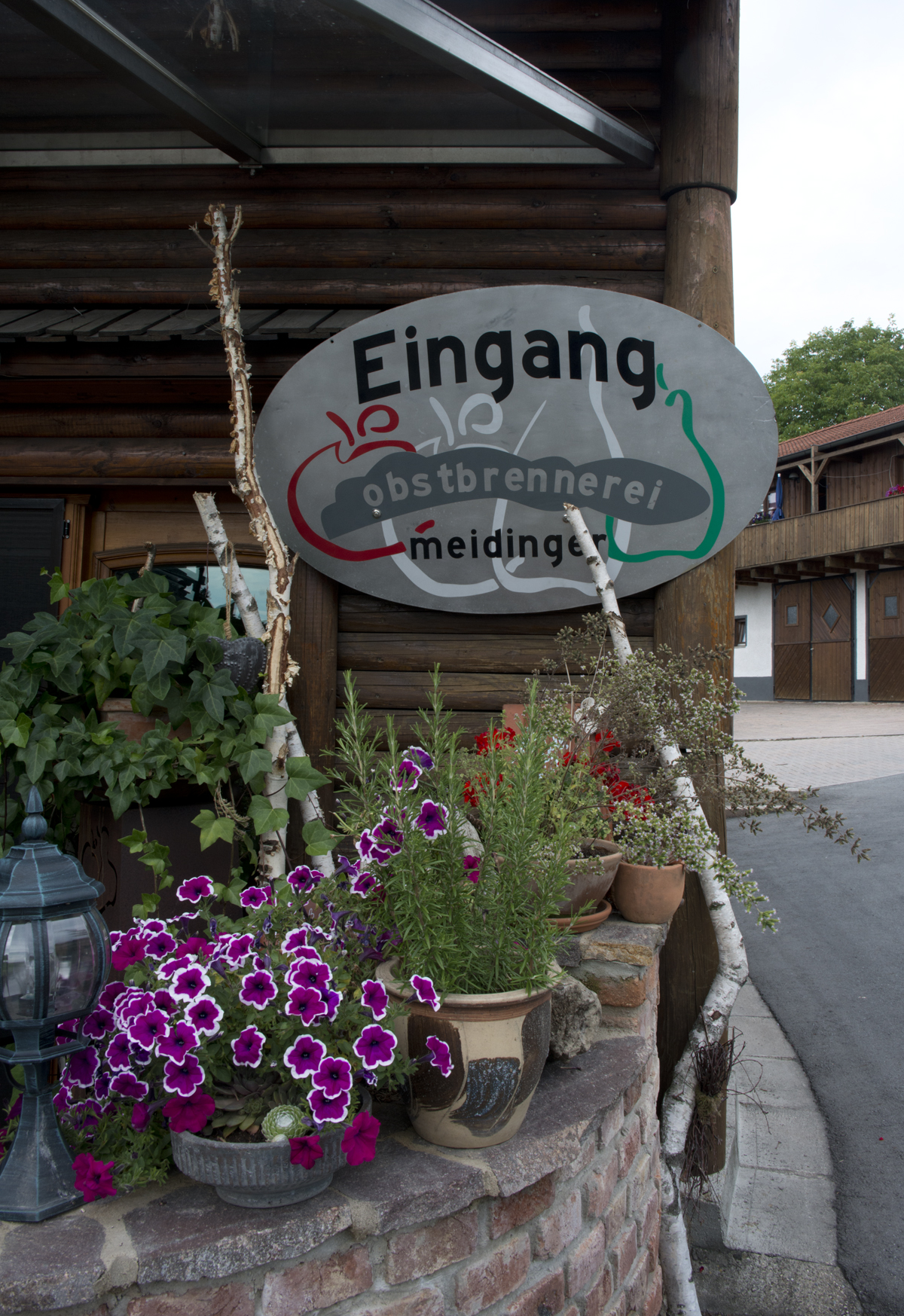 And, not least, the dragon-slaying pageant in the town of Furth im Wald. Now, THAT was a show! 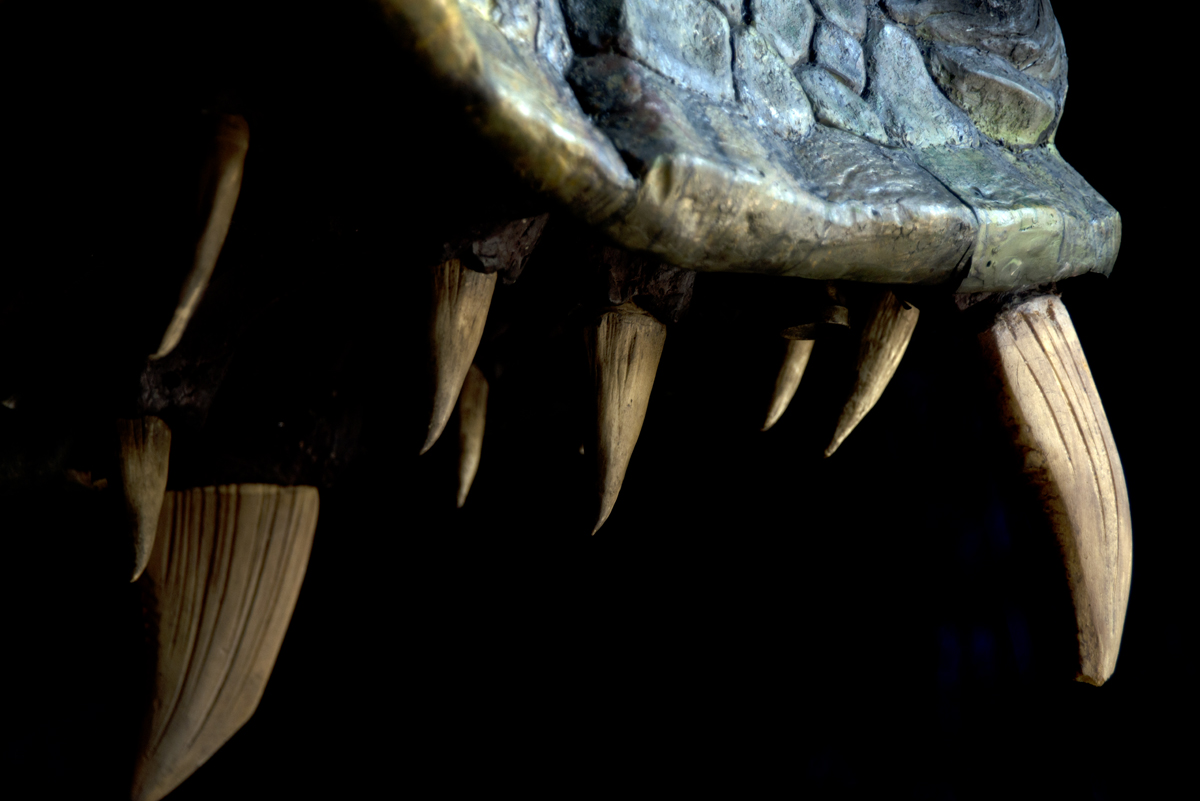 I was also thrilled to get asked to record a video of the contents of the forest museum with my pet Nikon. They needed a record of the items there for insurance purposes. They wanted to pay me to do it, but I am no professional videographer. Instead, I wangled a trout dinner for me and my husband out of the deal. I think I got the better end of that arrangement.

Overall, we had a wonderfully restful week. However, I’m glad to get back to my internet connection and the other advantages of “civilization”. I had so much interaction with animals last week that I think I would soon become a vegetarian if I spent much more time in an environment like that! 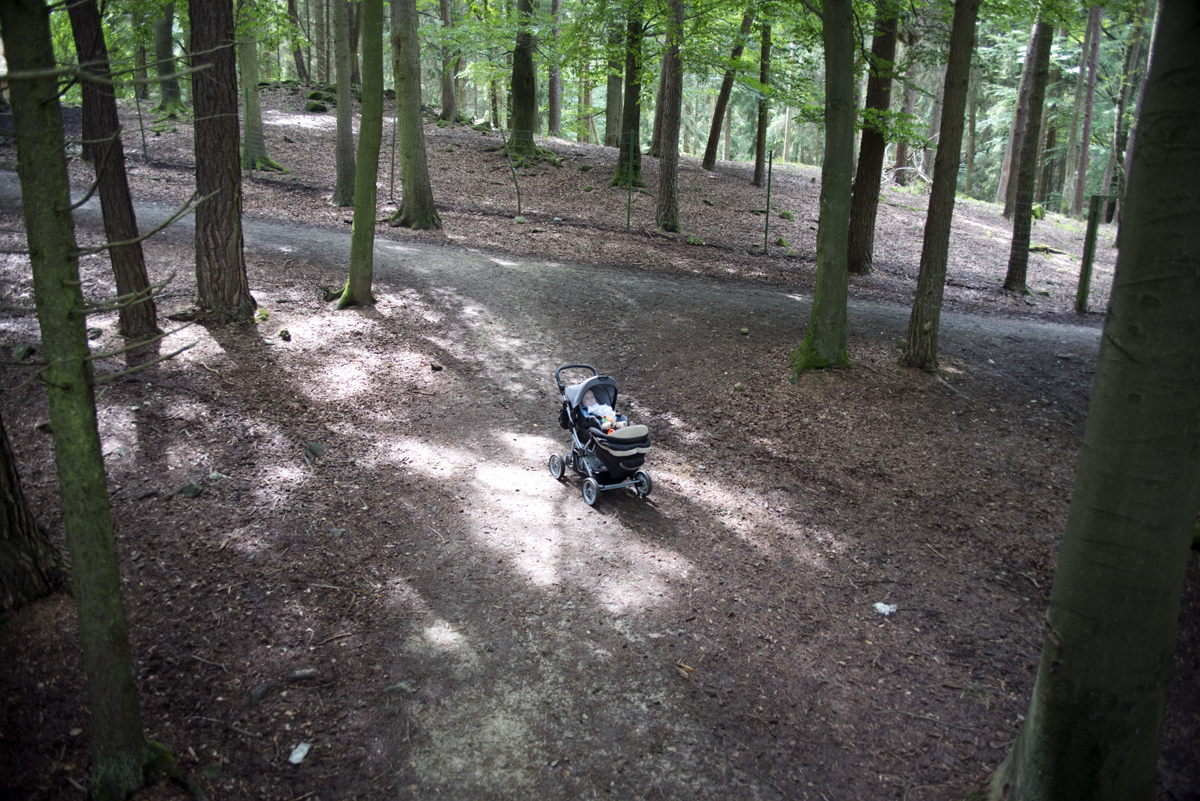 1 thought on “Mouflon Sheep Roast in the Bavarian Forest”