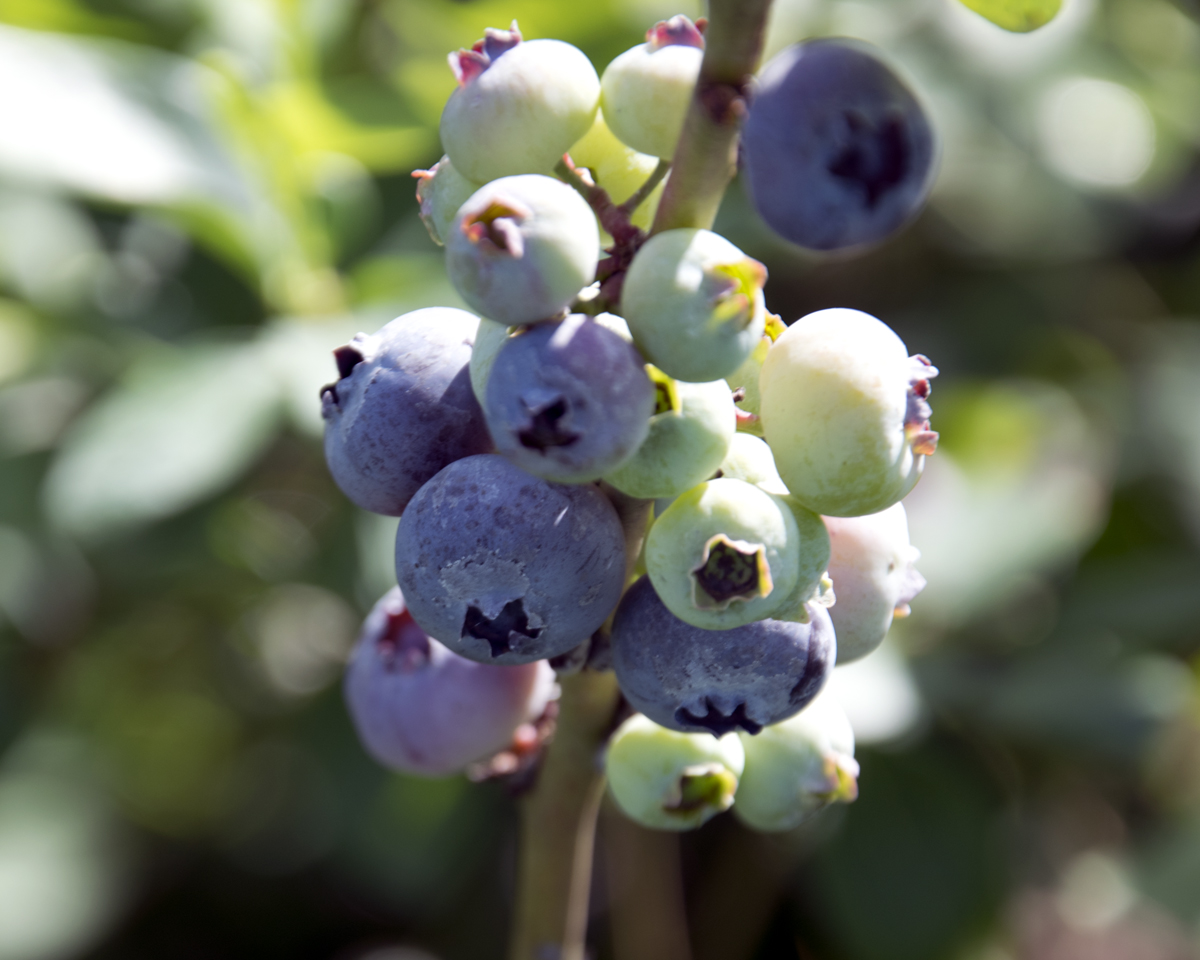 Earlier this week I accepted an invitation to visit a blueberry farm in Hudson, Florida, and pick my own. It was my first time doing this, although it’s a popular draw this time of the year for many.

We visited Owen’s Blueberry Farm on a bright, warm, sunny morning. My friend, a repeat customer of the farm, explained that they did not use pesticides on the blueberries, something I was very impressed by. She said they use “cannons” to scare the birds away sometimes, so be prepared in case PTSD might be a problem. Fortunately, there were no cannons that day.

We drove into a peaceful farmyard and my friend, who was an old hand at all this, showed me where to pick up a bucket in the shed next to the field. Also in the shed I met the owner, Jim, from whom I’d learn a lot about blueberries after picking. 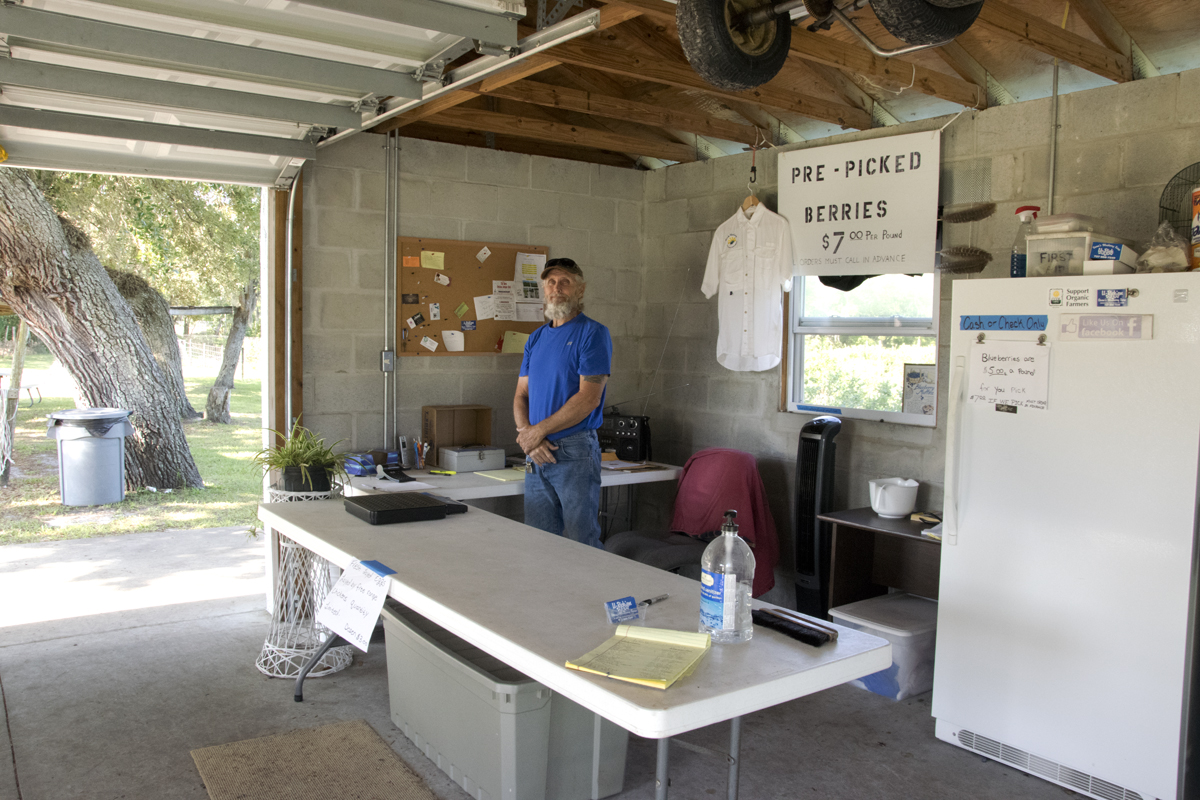 For the time being, I picked with one hand and photographed with the other. Here are some of the shots.

Depending on variety, blueberry bushes can grow up to 12 feet tall. however, Owen’s bushes were all about five feet or less, so it isn’t necessary to bend over or reach high to get at the fruit. 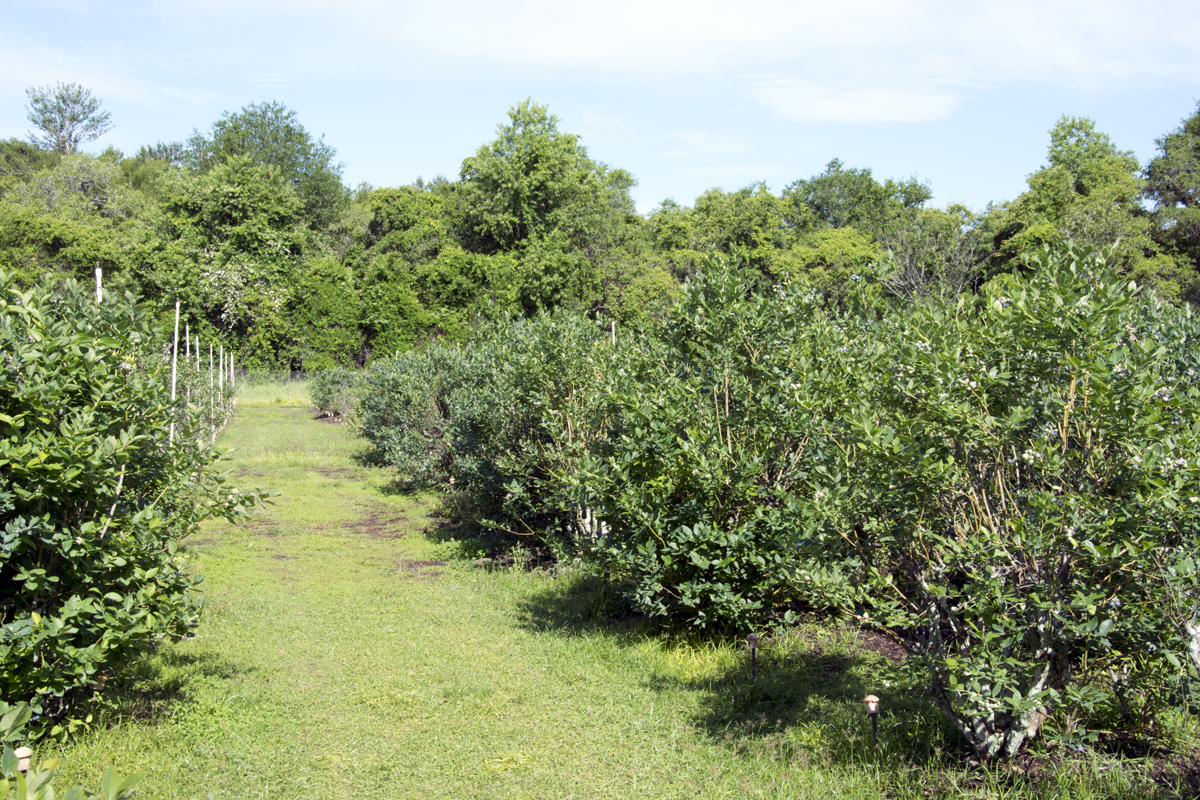 You have to pay attention when picking. Not all berries in any one bunch are ripe. You gotta choose the plumpest, bluest ones. 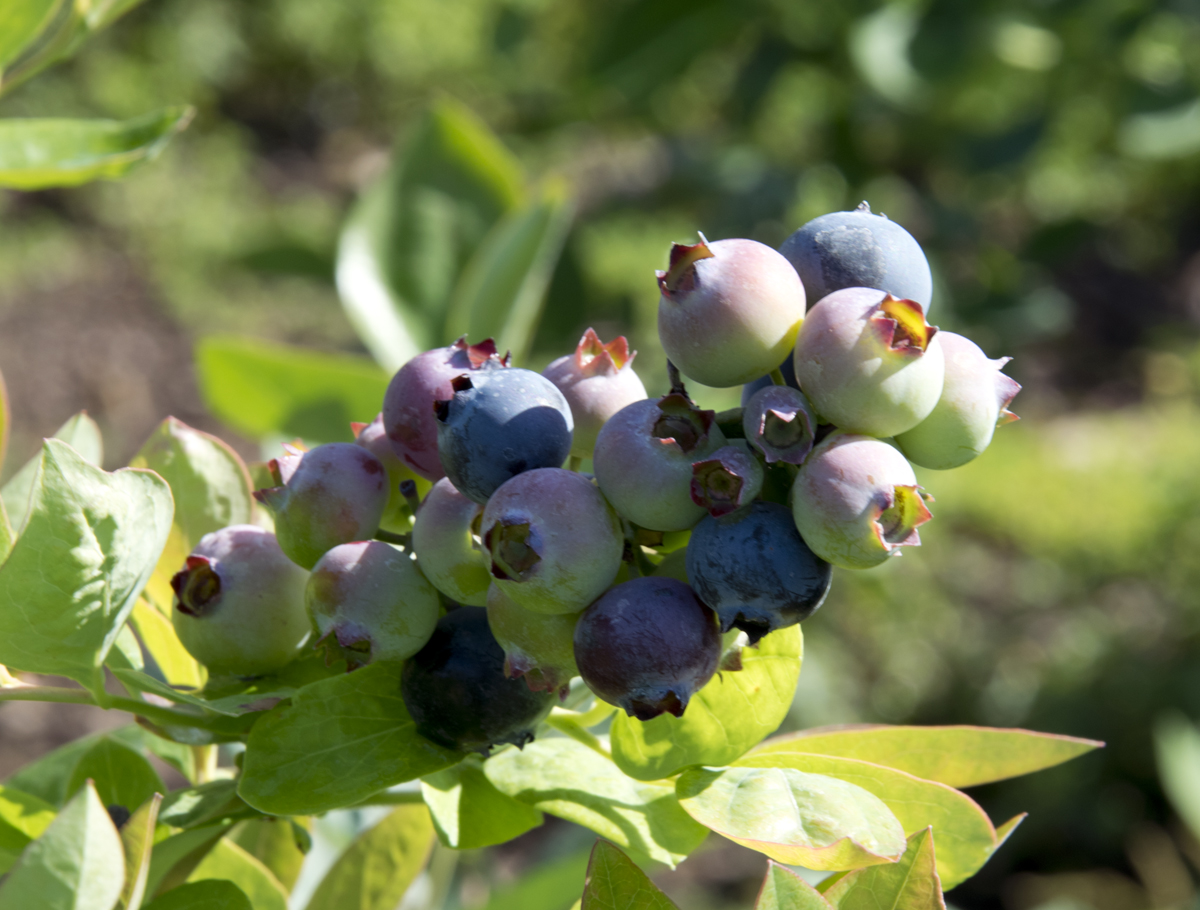 Photographing blueberries on the bush was as gratifying to me as photographing grapes on the vine. And that’s saying a lot! 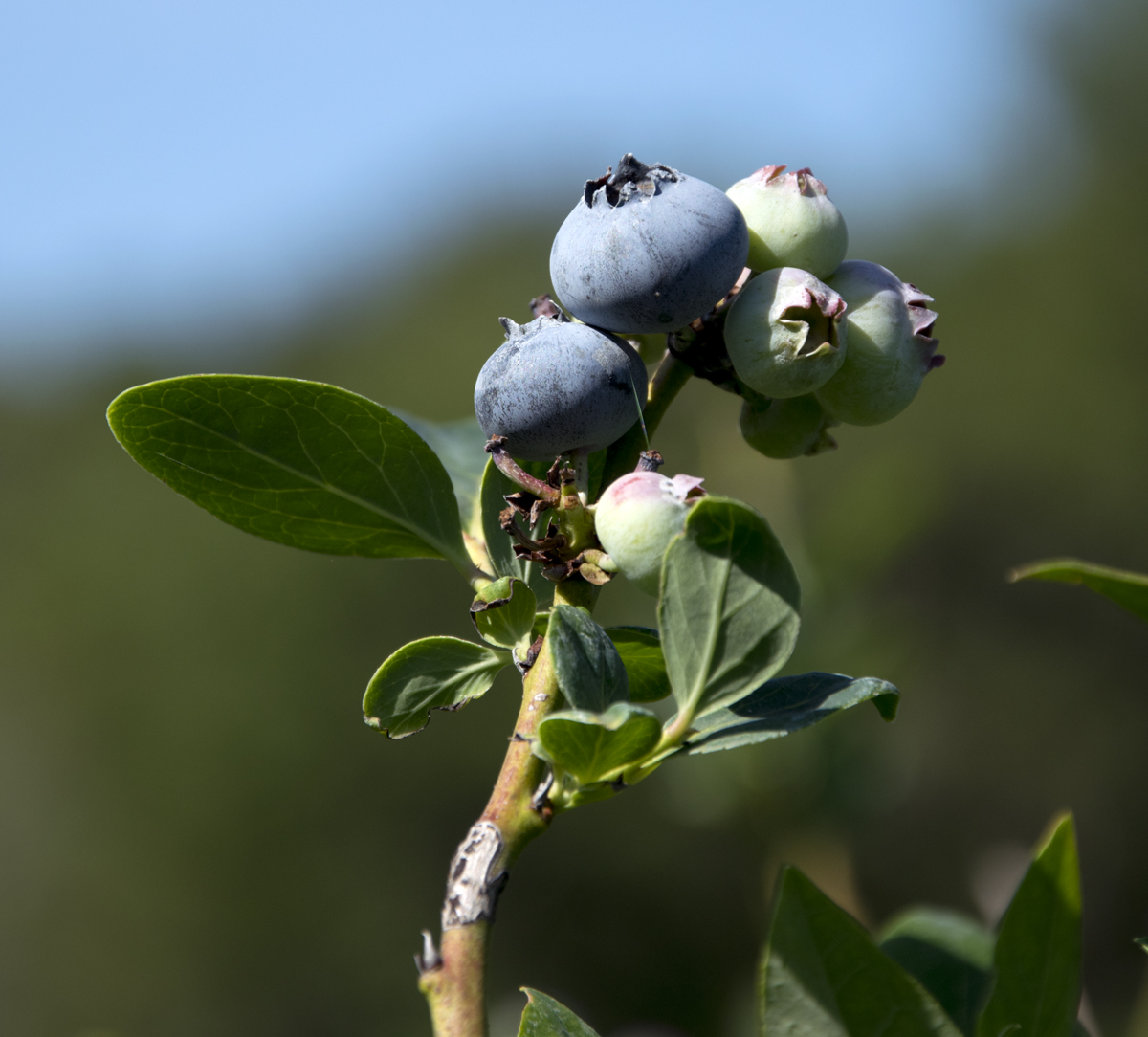 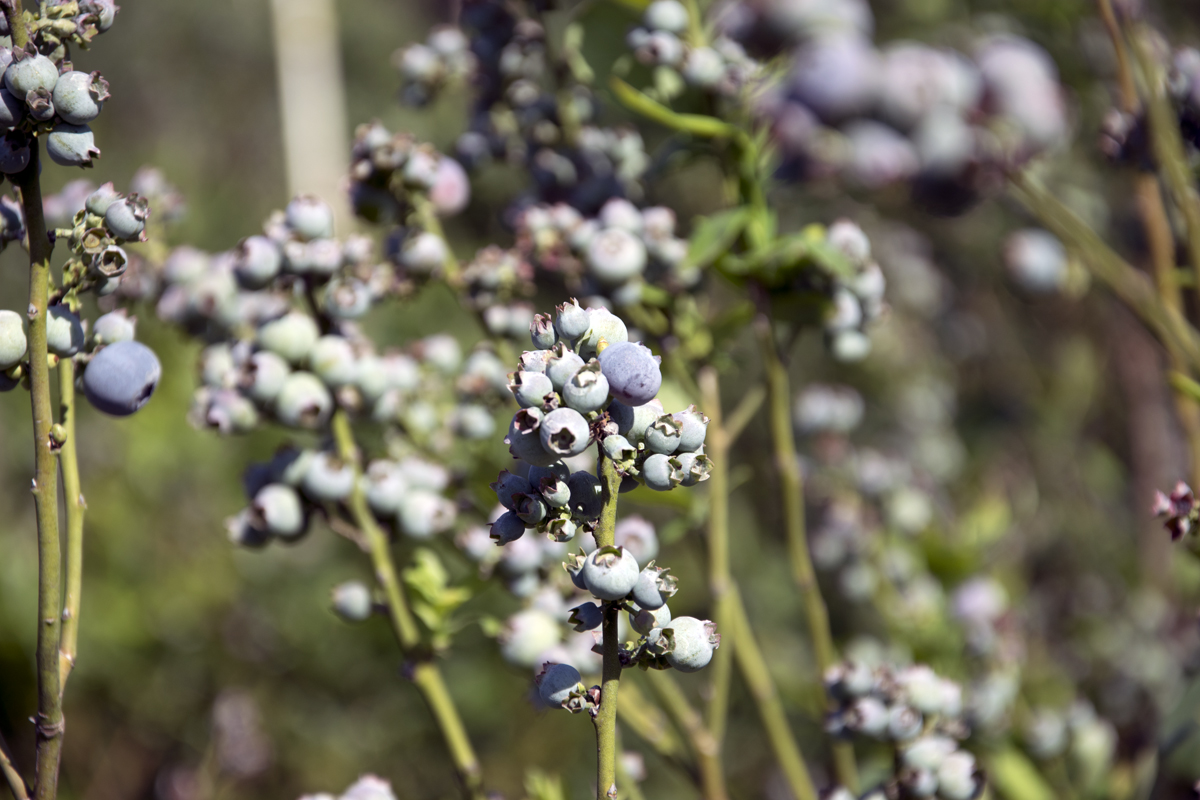 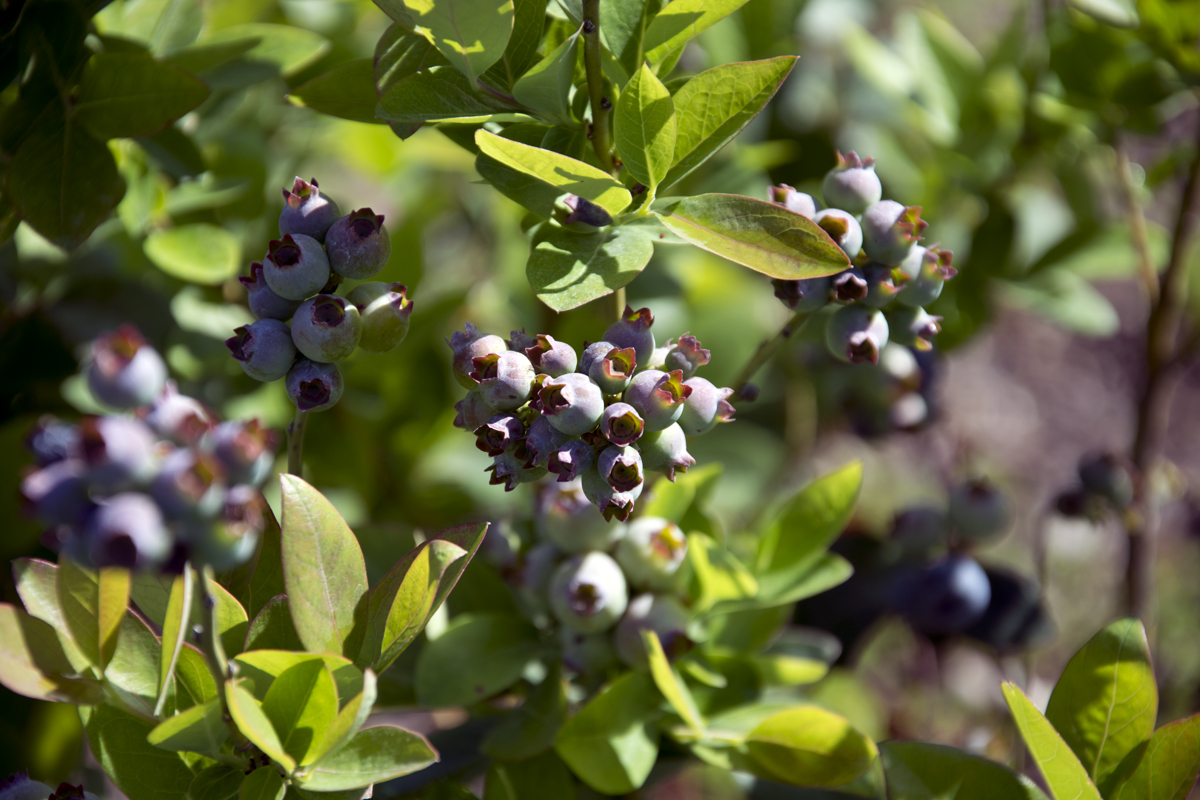 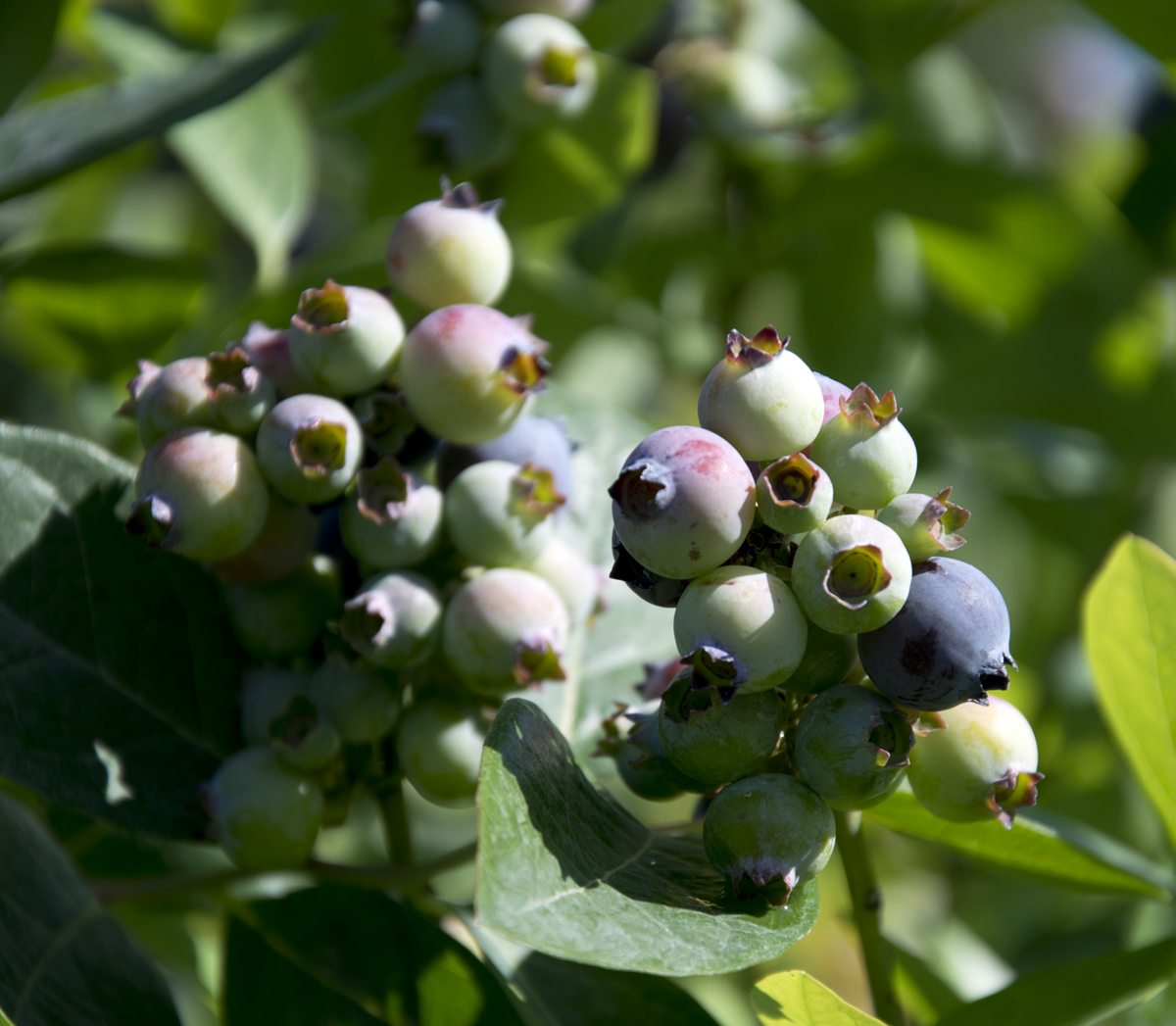 About 45 minutes later, I grew hot out there and my bucket grew full… 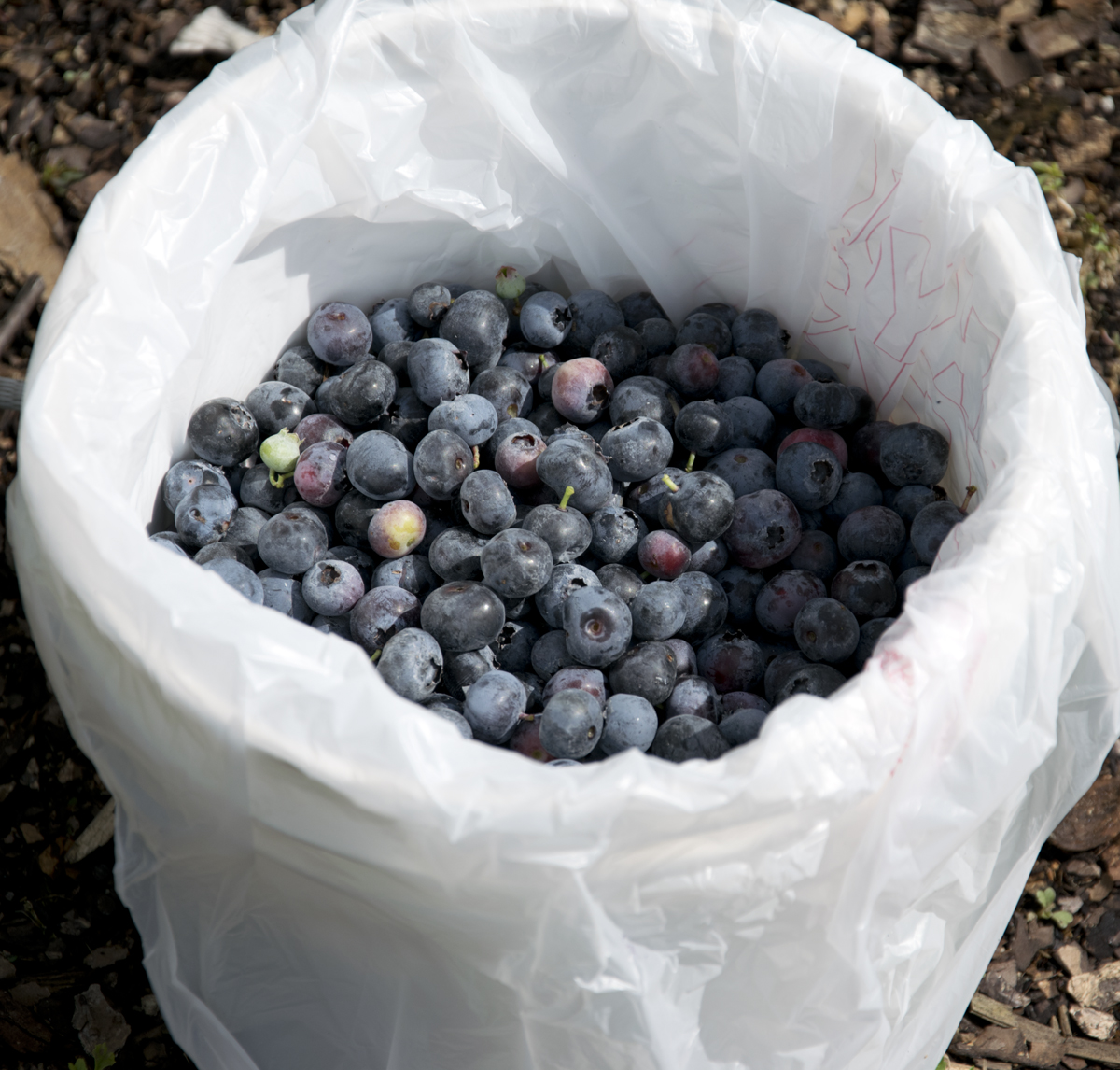 …so we returned to the shed to have Jim weigh our hauls. Mine came in at 3.5 pounds, about a half pound less than my friend. That makes sense, though, because I used a lot of picking time making photos.

While weighing and paying, we chatted with Jim, who has to be one of the most passionate people I’ve ever met, especially about blueberries and his plans for the farm. He told me there were 15 different varieties of blueberries in the field and he could tell them apart by leaf shape, berry appearance and flavor. 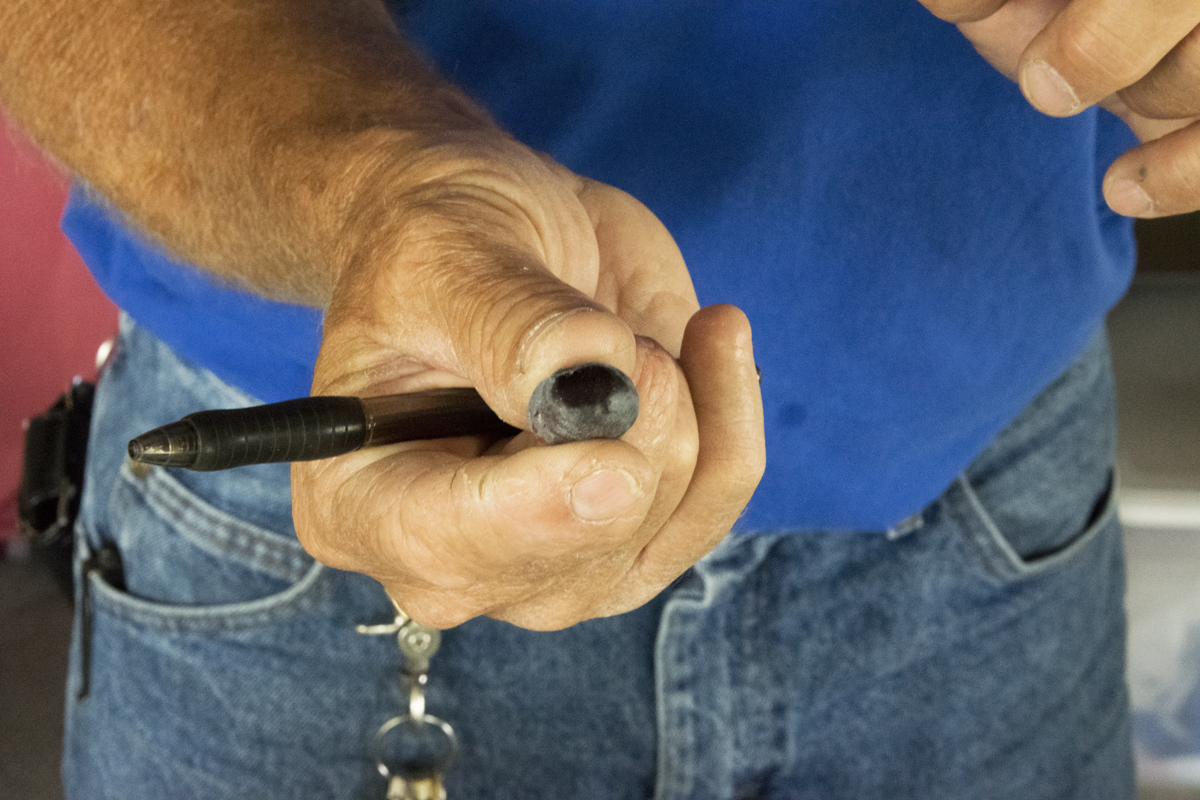 He’d been farming for 20 years and obviously loved his vocation. He spent a lot of time telling us about what pH blueberries need and how he manages to maintain good growing conditions for the bushes. He told us about how he must go about getting a state certification to operate and how important it is to him to provide his blueberries without pesticides.

He also offered a few fresh vegetables and fresh-laid eggs from other farms there in the shed, so I bought some beautiful tomatoes and green beans as well.

Jim went on to tell us about the new blackberry field he’d just planted this year. There are three varieties of thornless blackberries, which he asked me to photograph for him. I was surprised to see how small the blackberry briars were, but they did indeed have some blooms and berries.

Jim said there would be a yield this year, but very little, and that the blackberries would go to whomever showed up first to pick them. They will be ready late June, according to him. He expects a much bigger crop next year, of course. 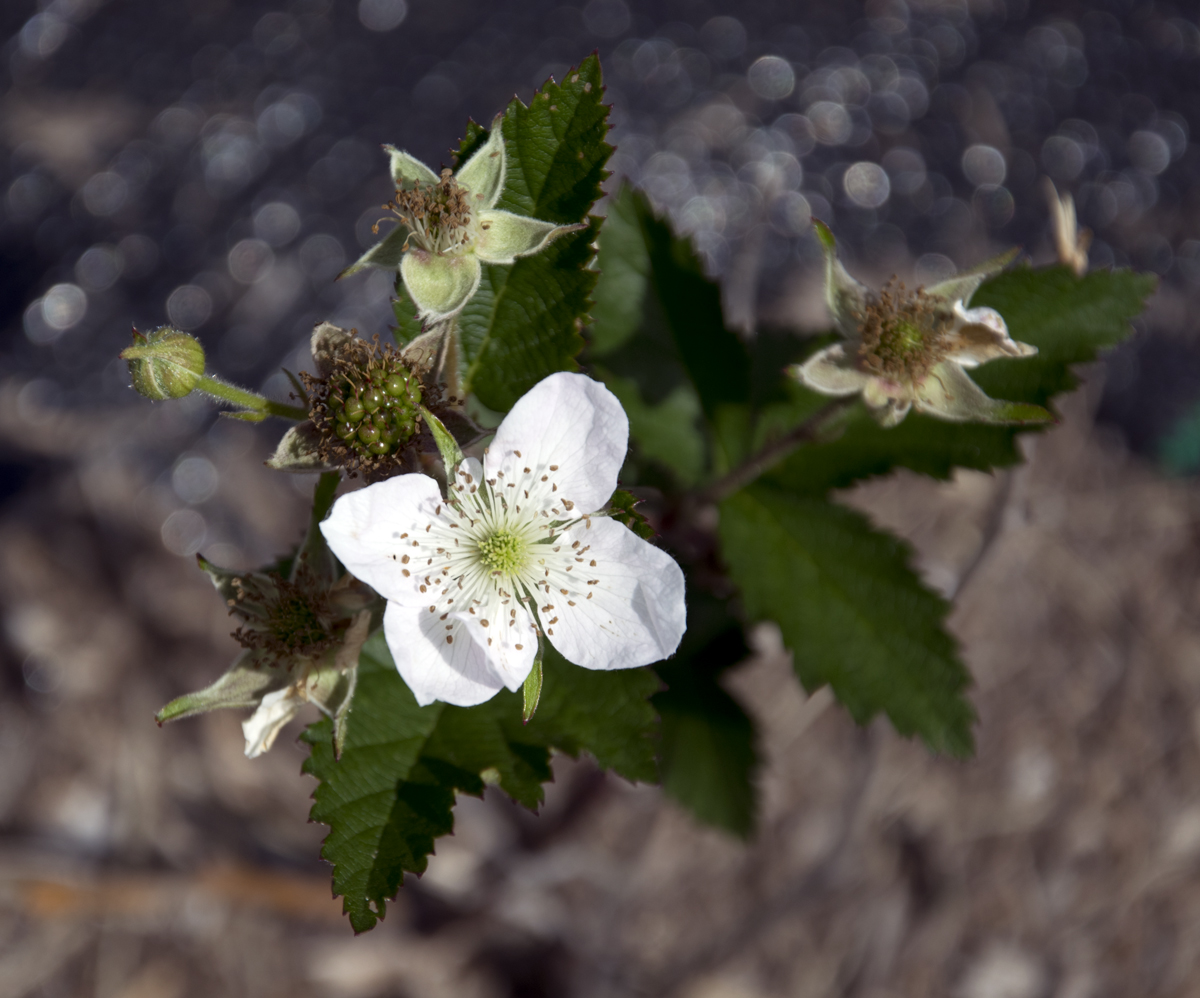 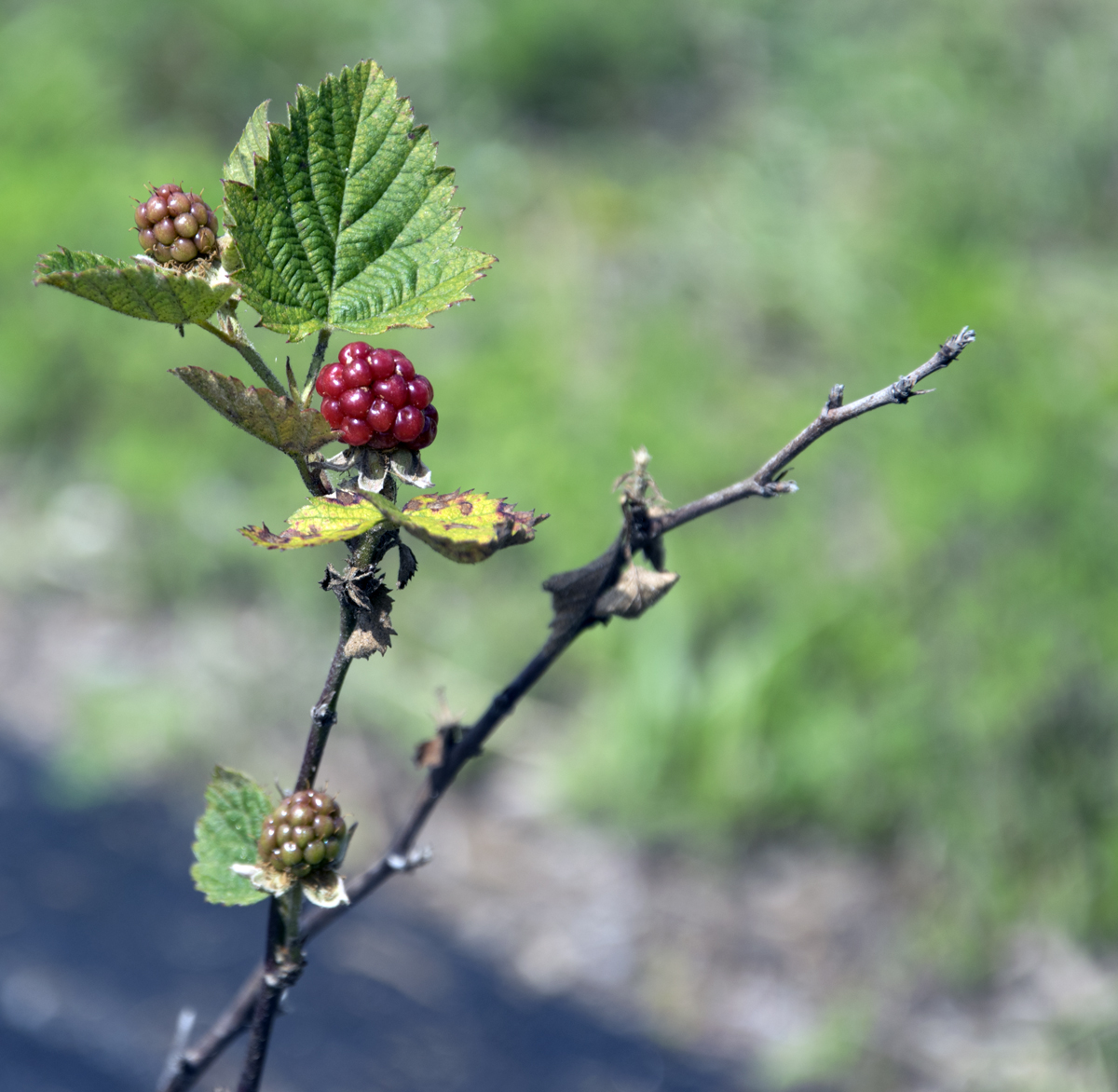 If you’re going blueberry picking, go soon. The season is short and ends about the end of May here in Florida. Also, Jim told me that this is the last year he is accepting new customers. If you’re not on his list next year, you won’t be able to pick. Apparently he runs out of berries! So get over there soon and sign up.

Me, I’m going to make some blueberry pancakes or a blueberry tart or two! 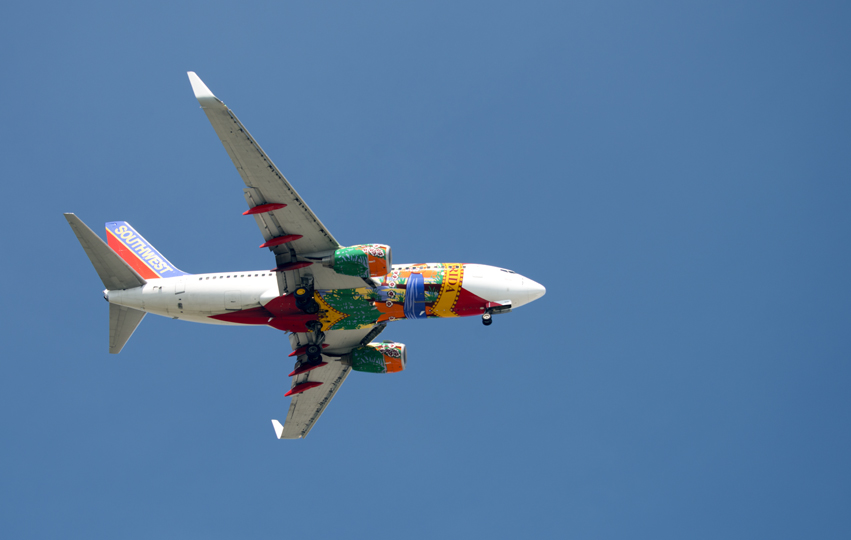