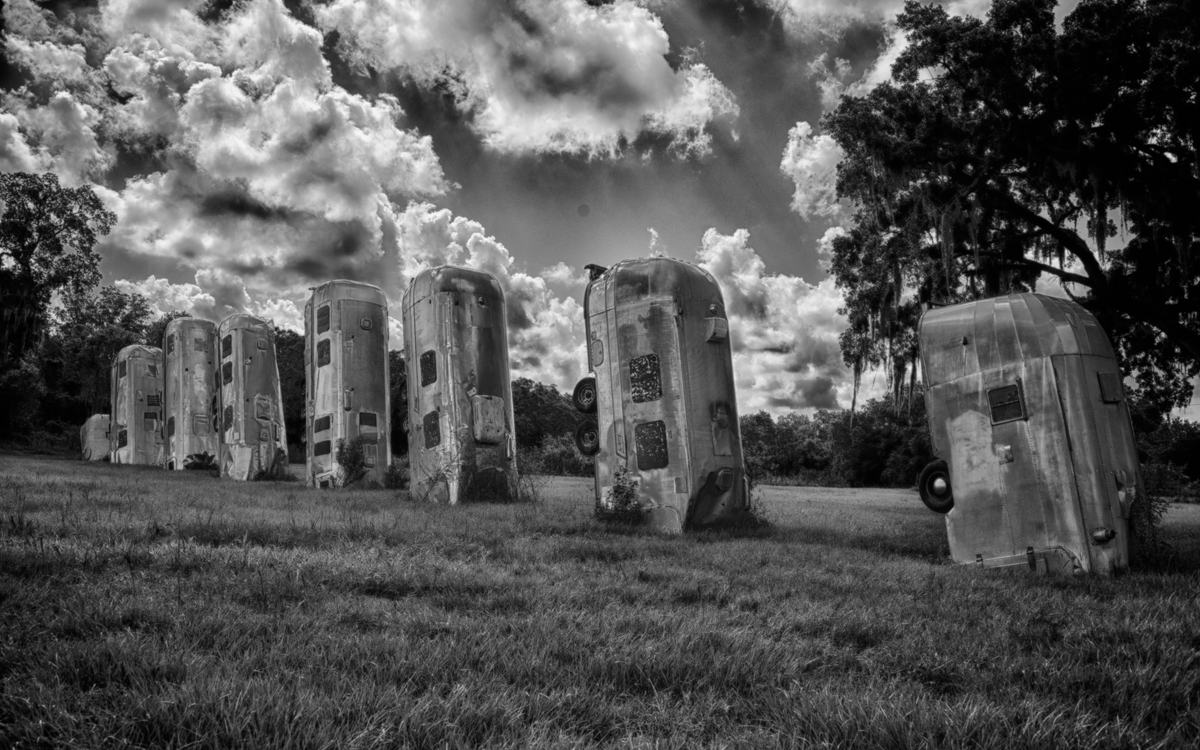 Note: Since I posted this blog in 2016, the Airstream Ranch has been removed! I’m so glad I got these great pictures of it before the powers that be saw fit to demolish the site. Sigh.

On a recent trip from my apartment to Orlando via the Interstate-4 corridor, I glimpsed something out of the car window! It looked like several travel trailers, Airstream brand to be exact, upended and partially buried in a row! I was so surprised I forgot to photograph them, but I got this snapshot on the way back. 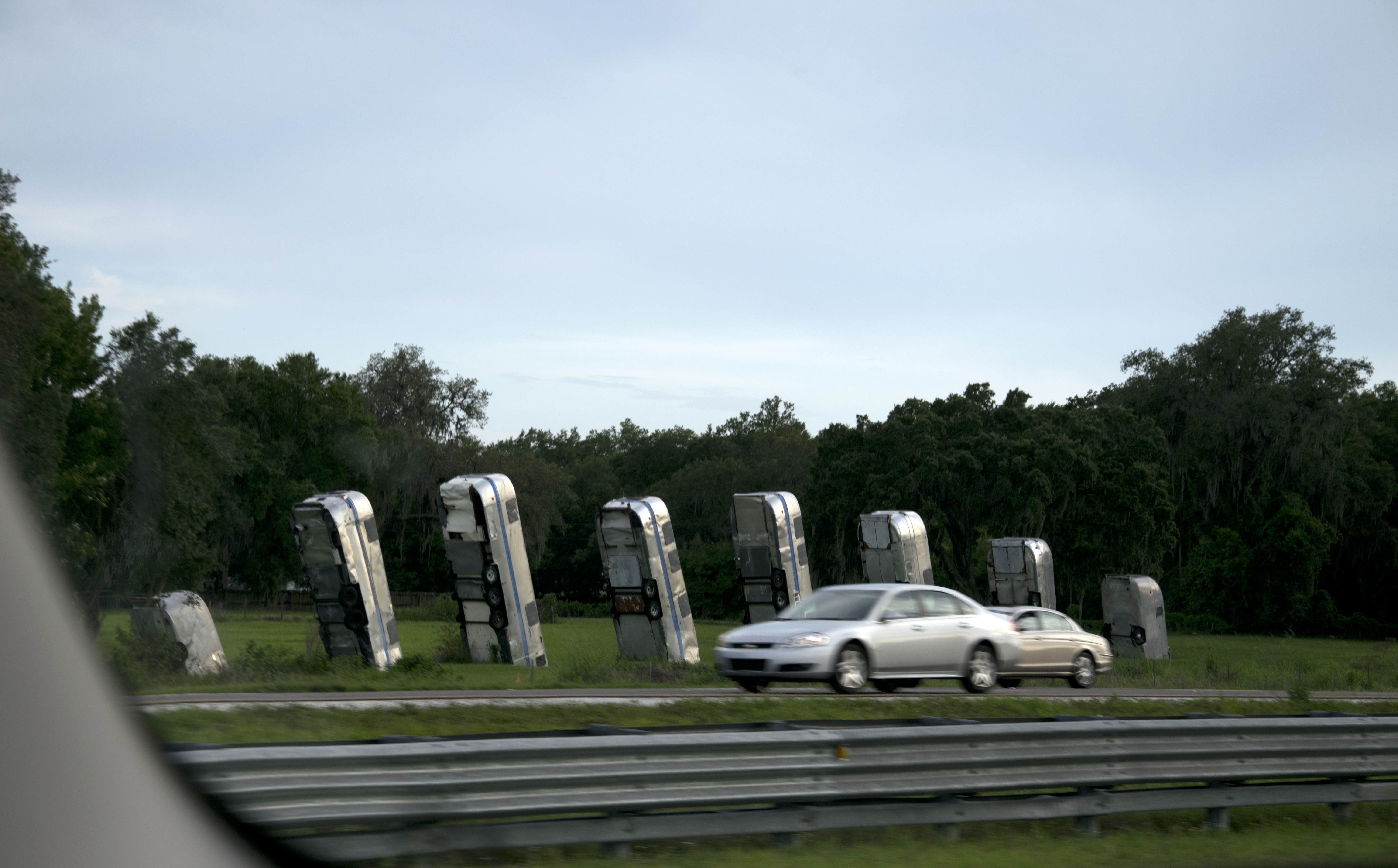 As I shot the photo, I resolved to go back and explore this marvel when I had more time. And so I did, as you can surmise by the photo at the top of this article. Obviously I was much closer for that one!

So I made a plan to visit this site. In the meantime, I did many internet searches about it and came up with the following information:

Since I love the idea of the Cadillac Ranch so much, I consider the Airstream Ranch to be one of the coolest things Florida has to offer.

And it provided the perfect subject to practice my HDR photography technique. HDR stand for High Dynamic Range, and, briefly, it means that several different exposures of the same image are blended together. The result is that you can see much more detail than you would in a straight photograph.

The black-and-white photograph at the top is an HDR shot. While that one is obviously digitally manipulated, some may not be so noticeable. So, here’s a before (straight) shot using average exposure: 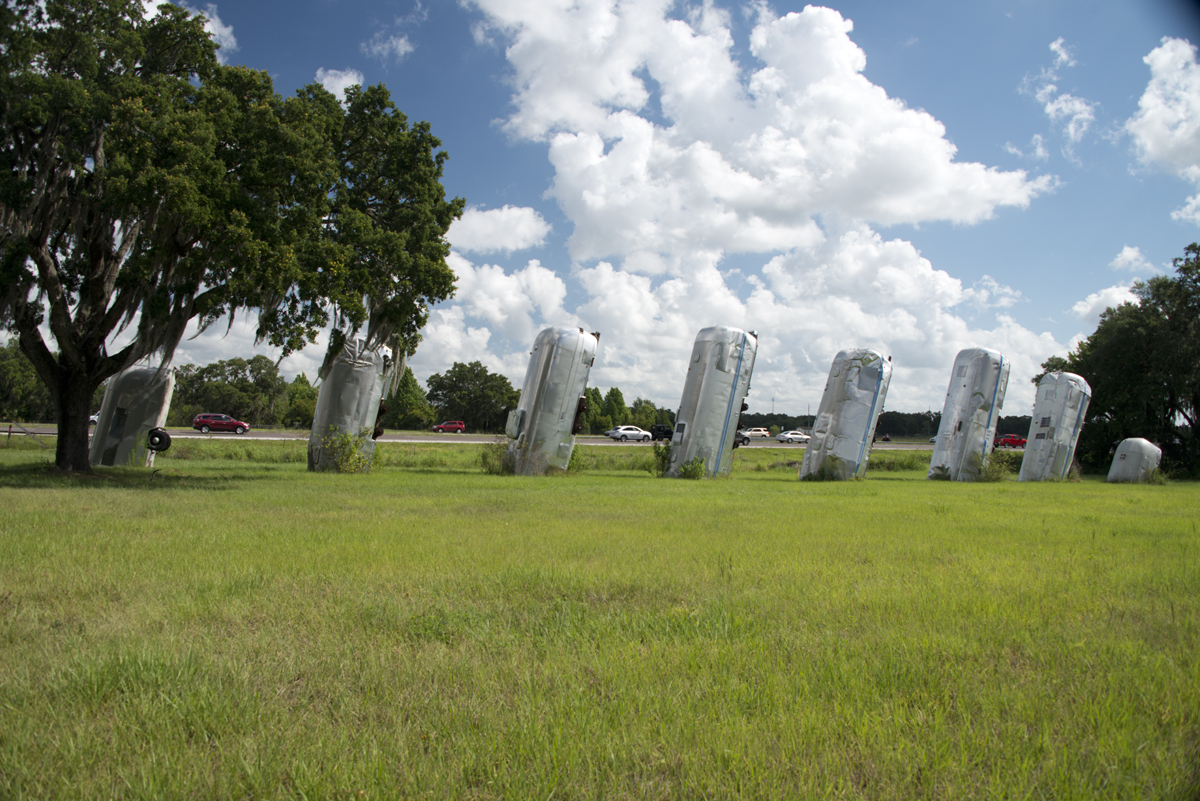 And the HDR version of the same image: 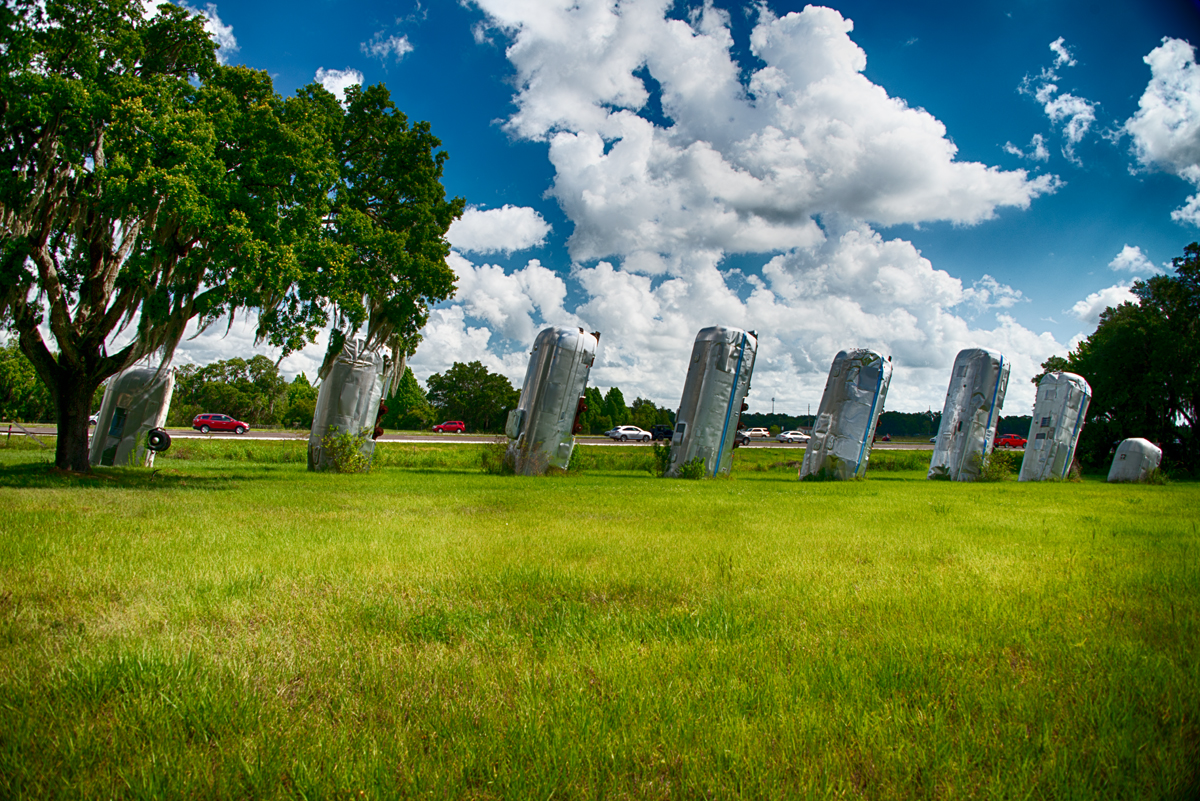 I LOVE this process! The colors are richer and the details just pop out. You can click on the photos to see larger versions and see what I’m talking about. It’s the same technique I used on the photograph of the Lutz train station in a previous post. Betcha didn’t even notice that one!

Now that I’ve gotten you all excited about HDR, here’s a few shots of the Airstream Ranch that are NOT HDR (don’t worry, there’s one more at the end): 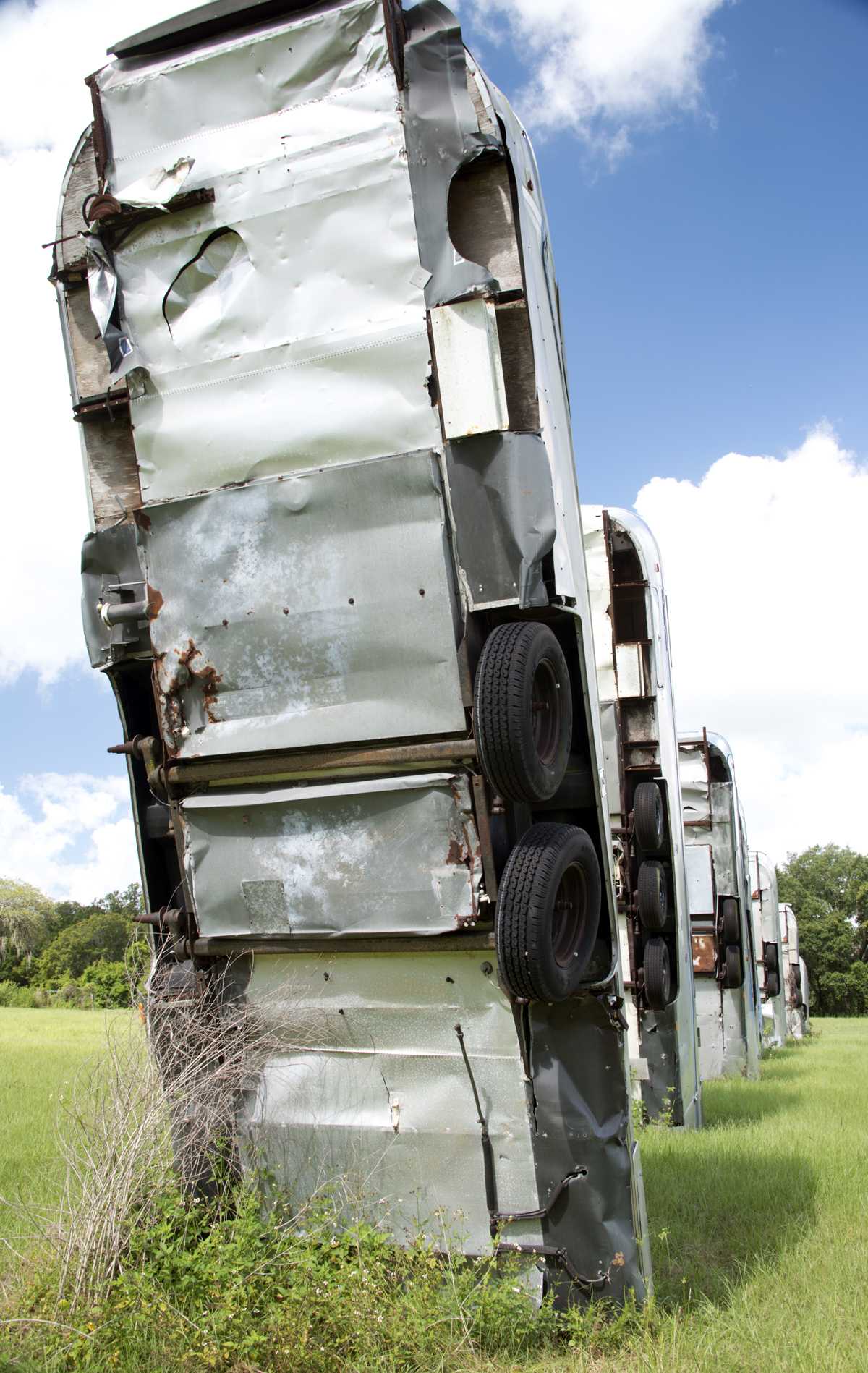 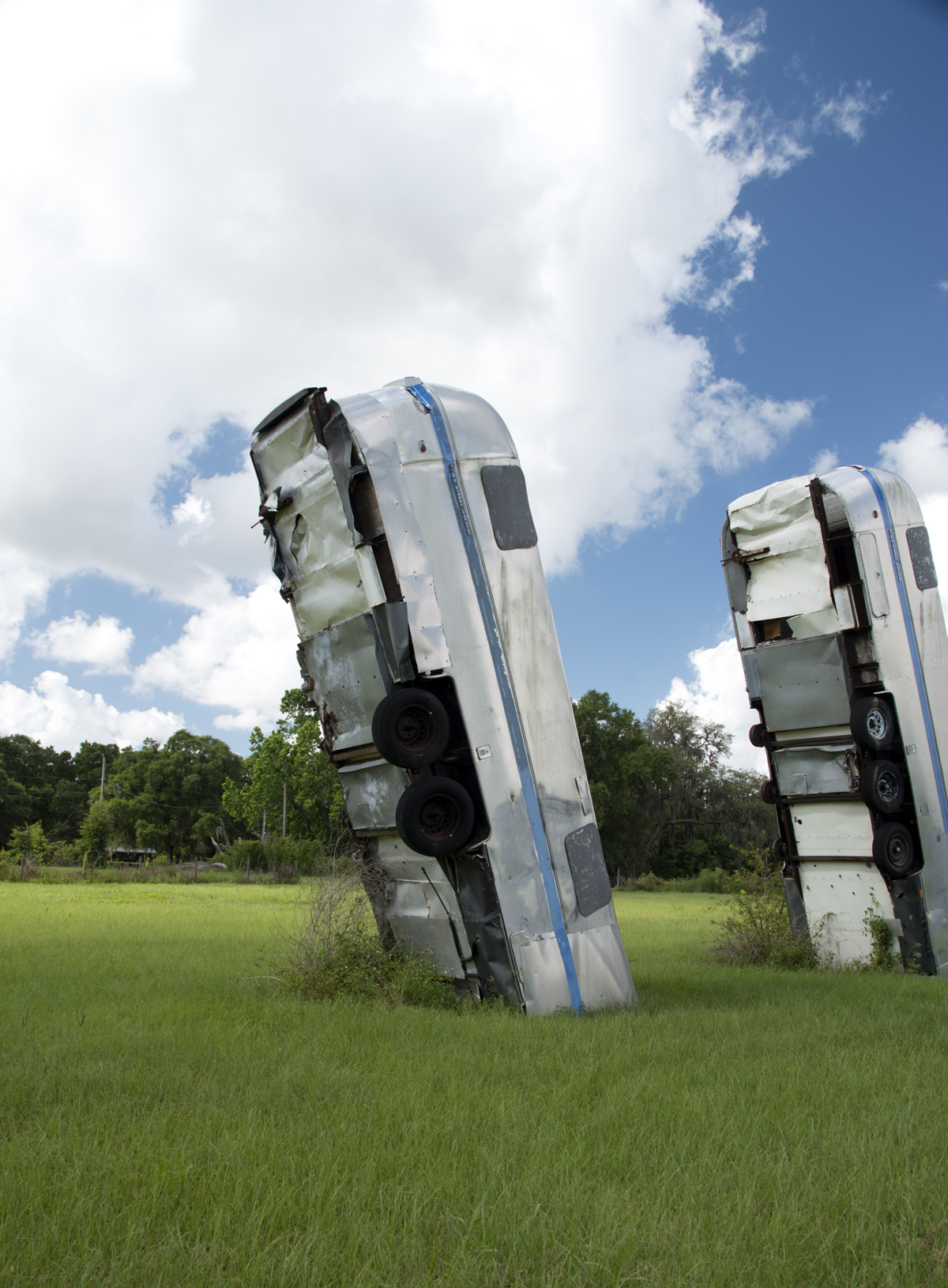 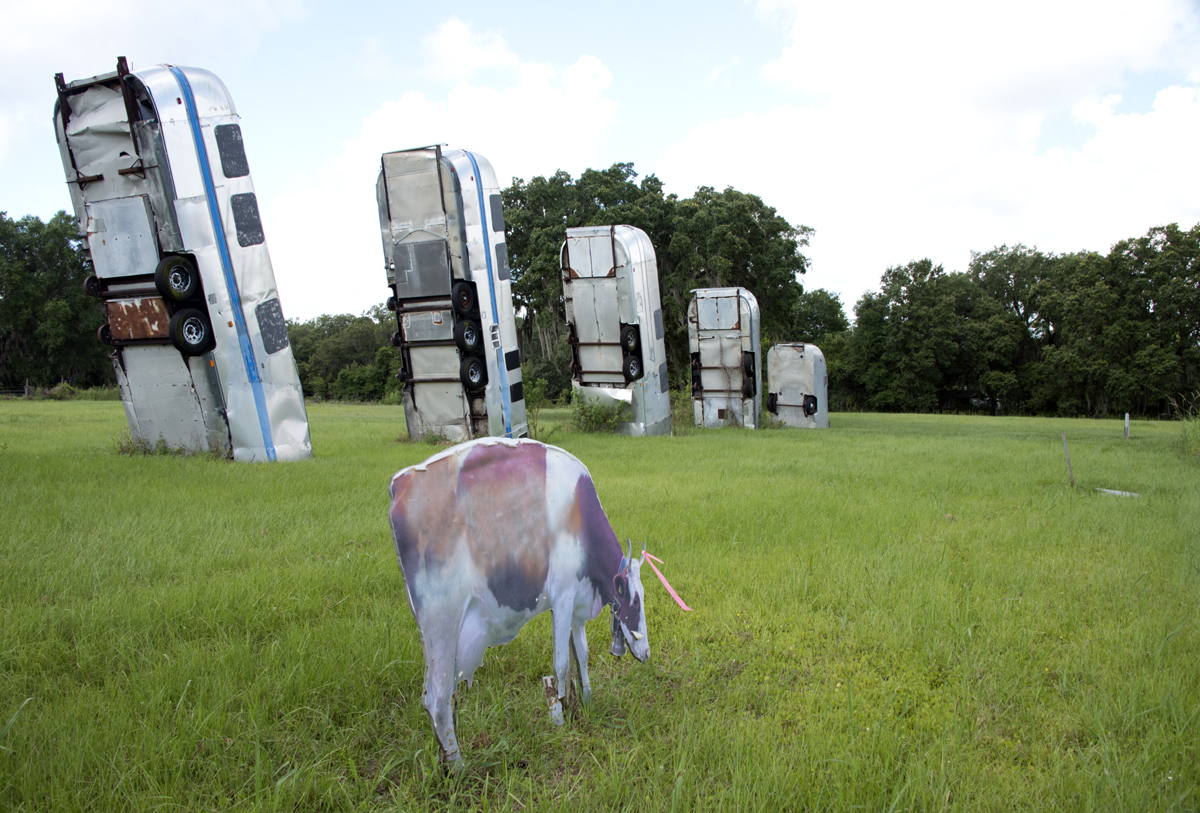 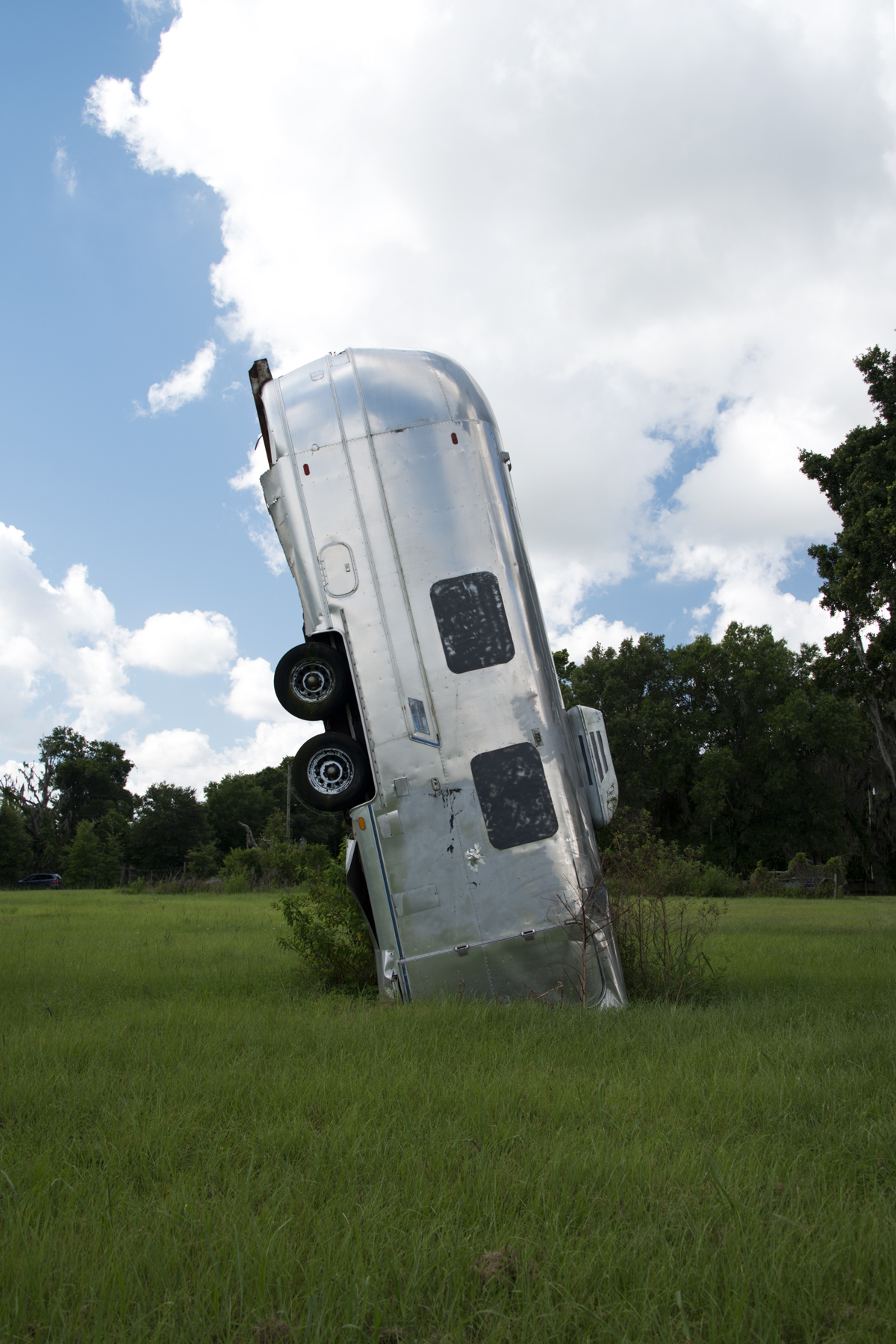 I read that people were initially allowed to tag the trailers with spray paint like the Cadillac Ranch, but Bates is quoted as saying the resulting graffiti consisted mainly of gang signs, so he stopped allowing it. 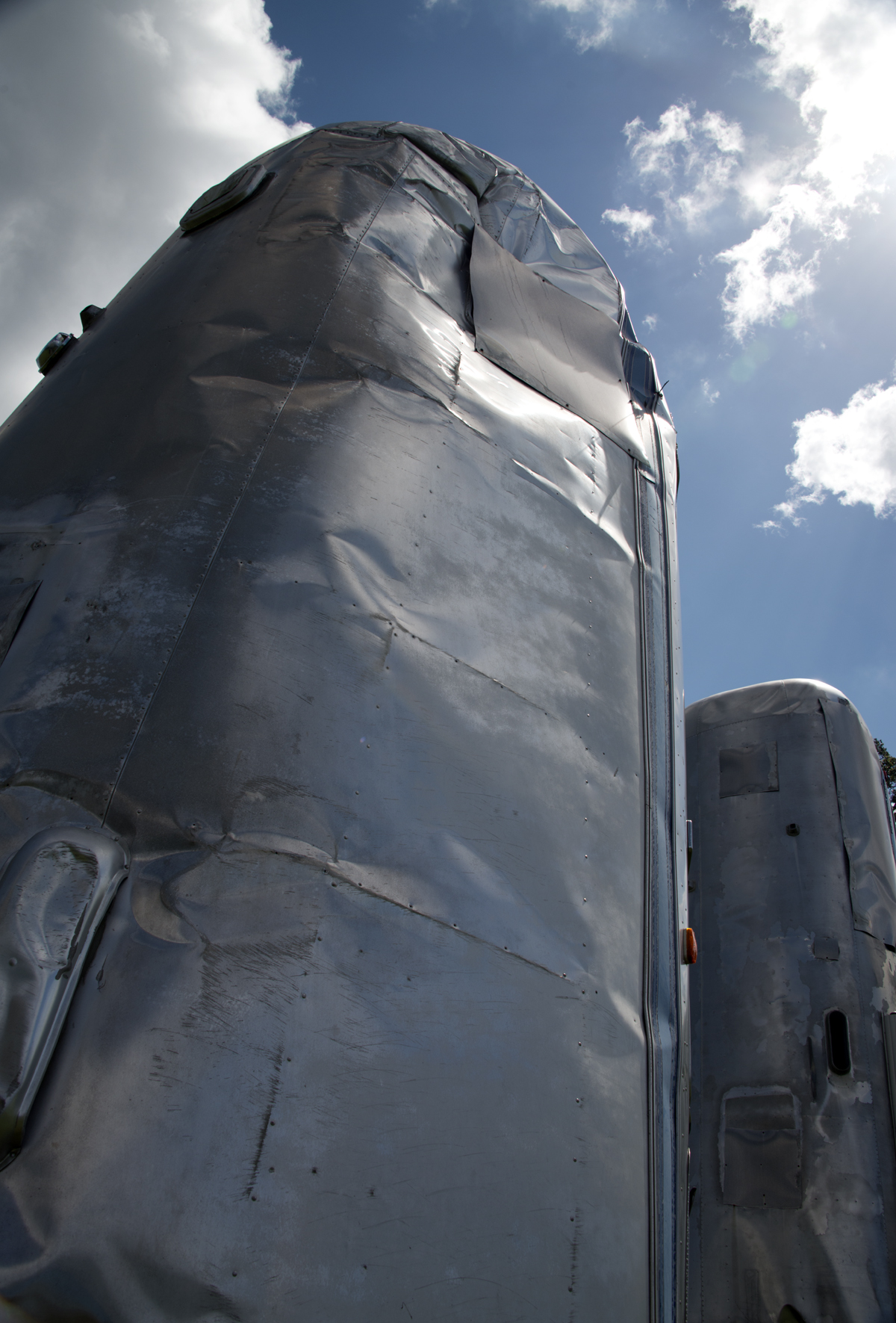 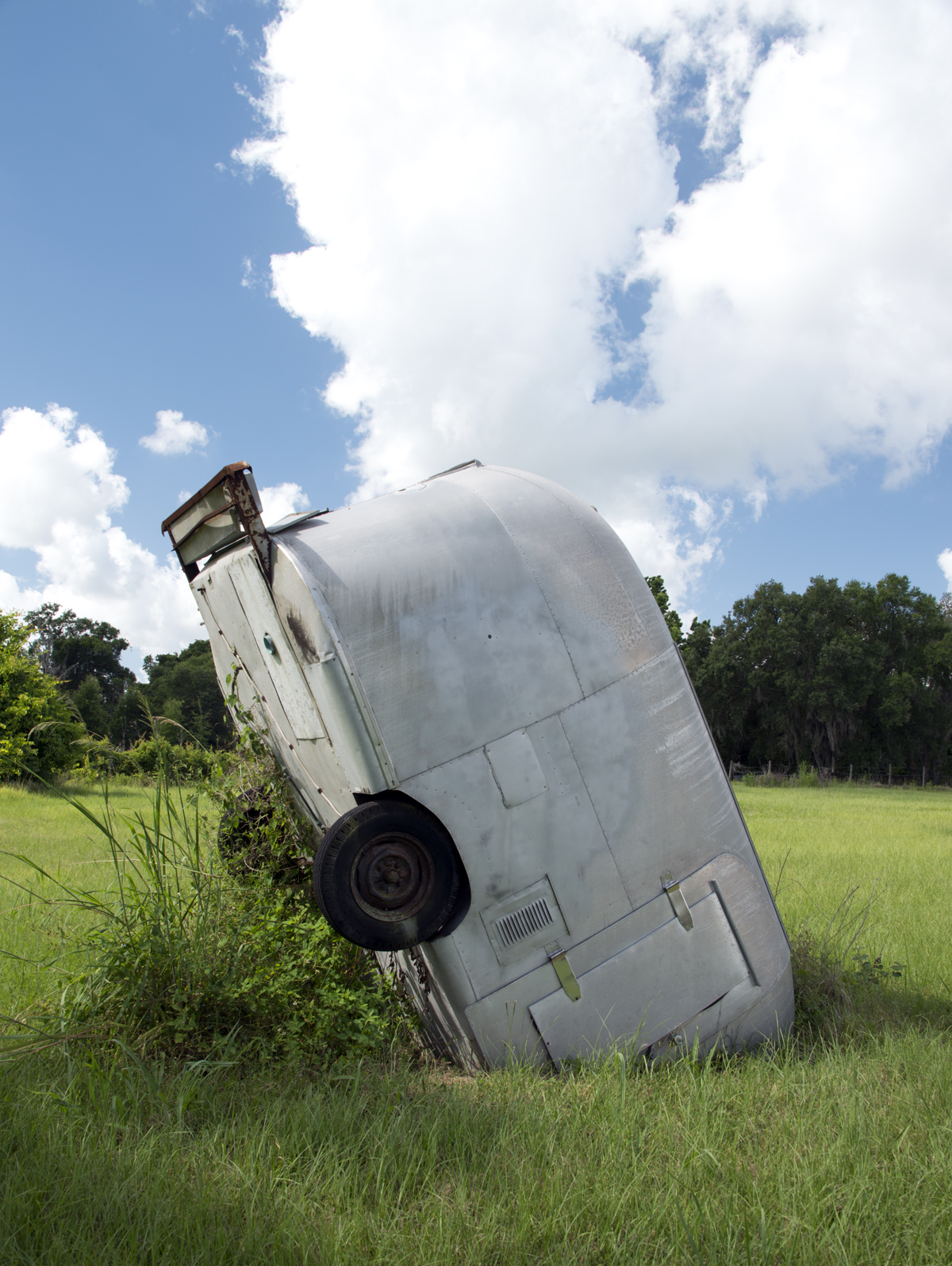 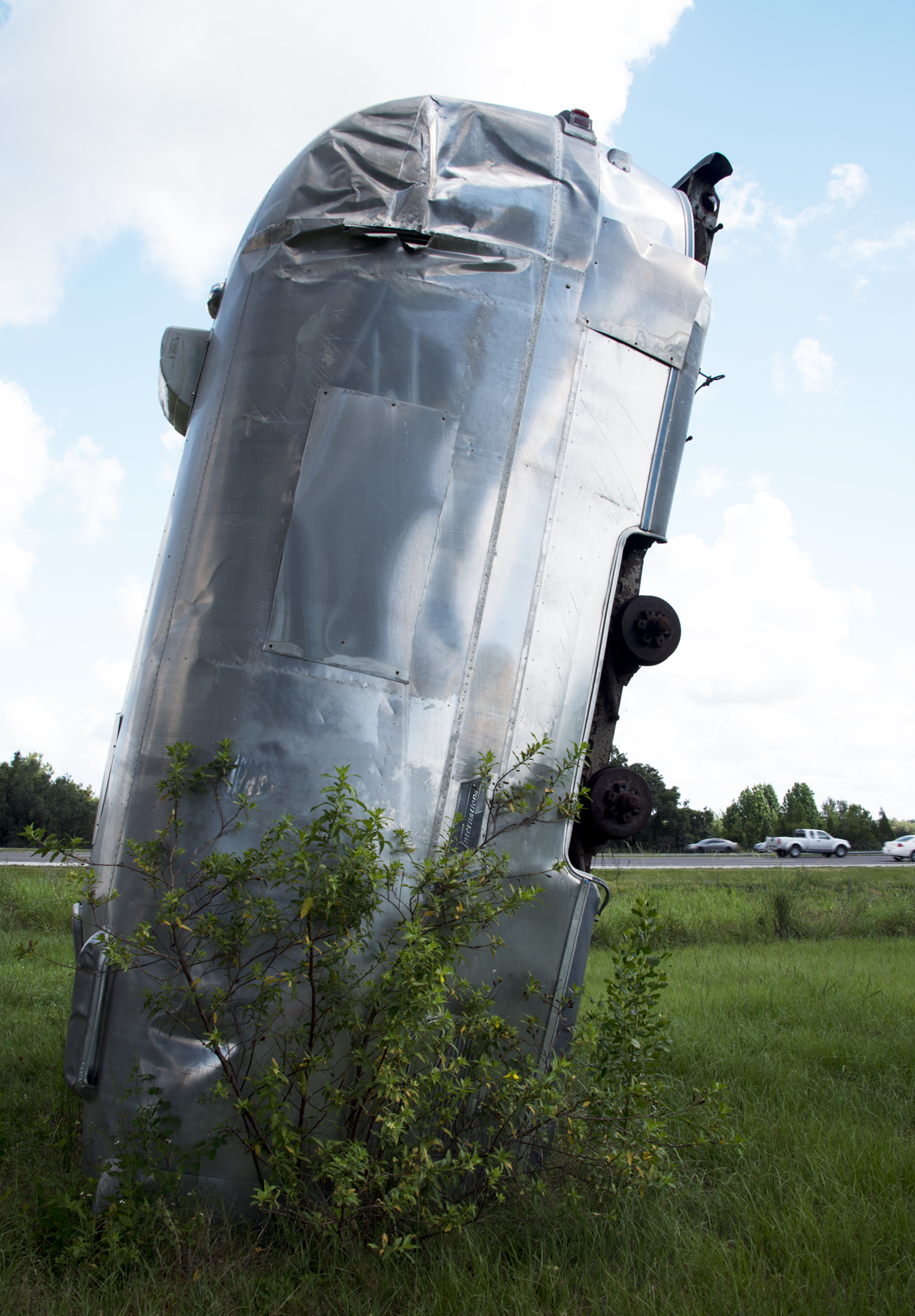 In researching the Airstream Ranch, I discovered it was on property owned by the RV dealership. I went to the dealership to ask permission to photograph the collection. I was told I wouldn’t be shot if I found my way to it via the backroad. Well, I’d already been to the backroad view of it anyway. And there may or may not have been a lock on the gate and I may or may not have climbed over the fence. Either way, I got the shots!

And here’s your last HDR: 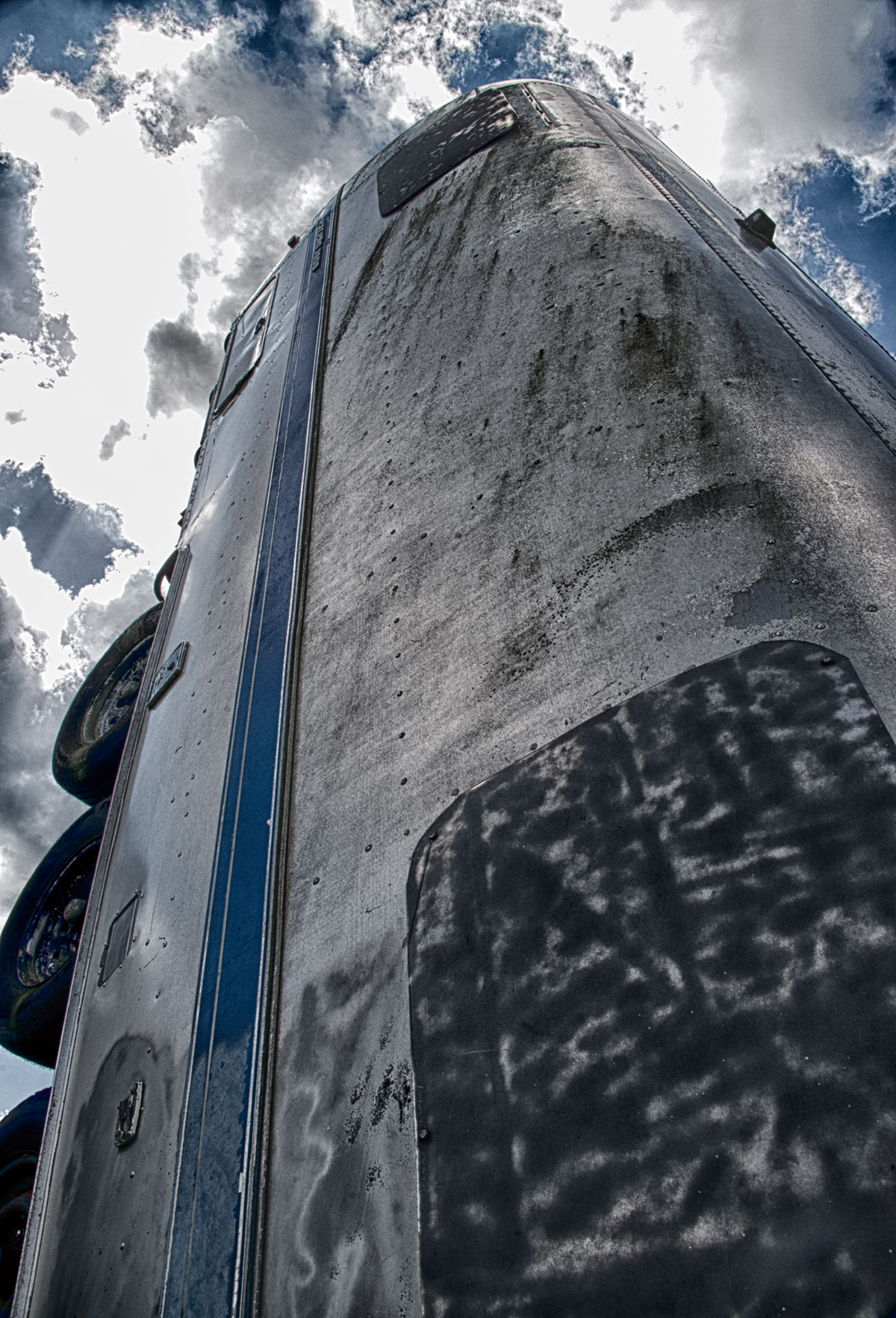 And here’s my famous baked beans recipe for your Fourth of July celebration! Happy Independence Day! 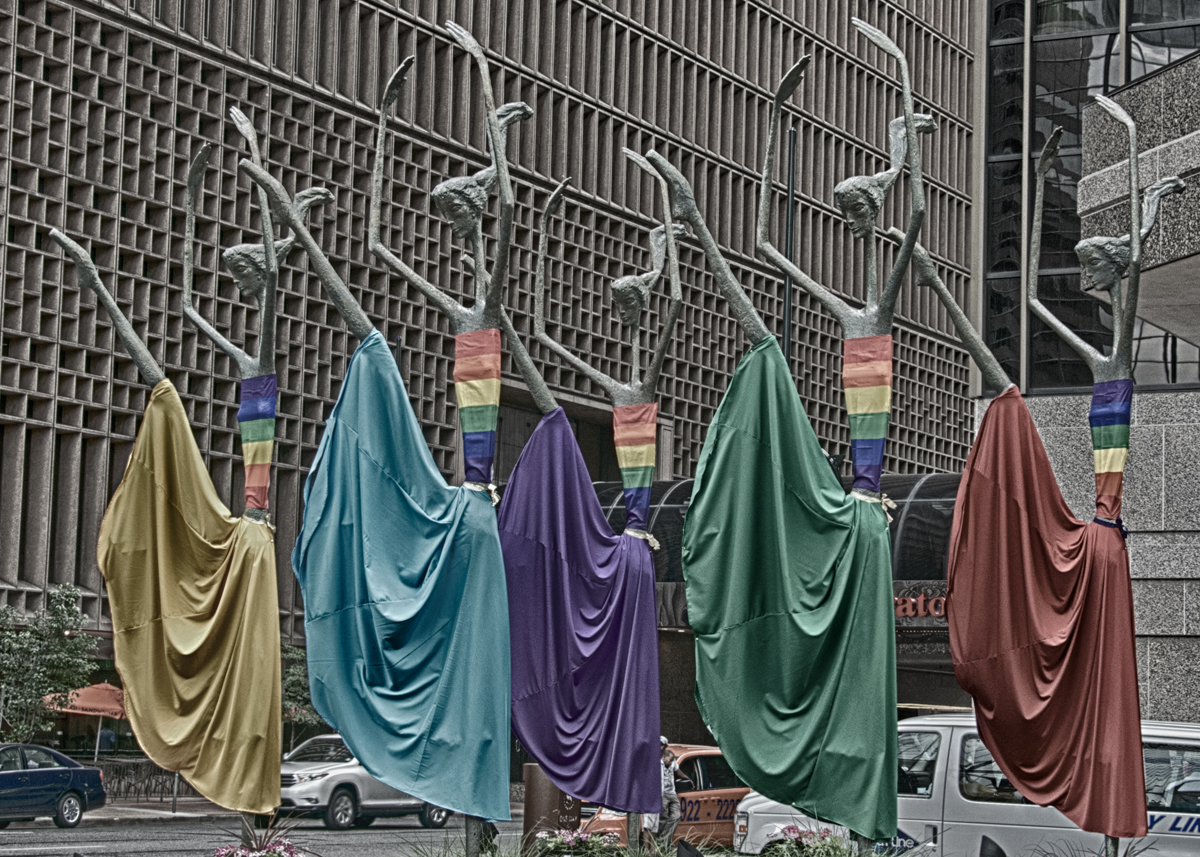