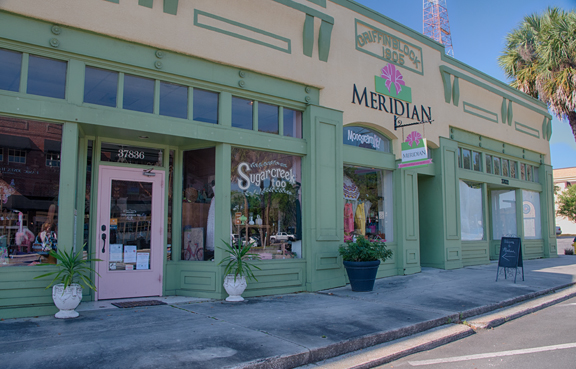 A few months ago I photographed Dade City – the same small Florida town where I encountered an unexpected parade that I posted about. I returned shortly thereafter with my photography phriend Paula Showen, whom I’ve mentioned before. That day she taught me how to photograph for the HDR technique. I’ve mentioned that before, too, in my last post about Florida Polytechnic’s IST building and the Airstream Ranch.

Therefore, this post is actually more about the photographic HDR process than Dade City, but I’m including some interesting history of the place sprinkled in.

Shooting for HDR simply means taking multiple shots of the exact same scene on a tripod, and each shot is a different exposure. Then, in Photoshop, the pictures are combined using the best parts of each exposure.

A good example is this middle-of-the-road shot of some shops in Dade City. 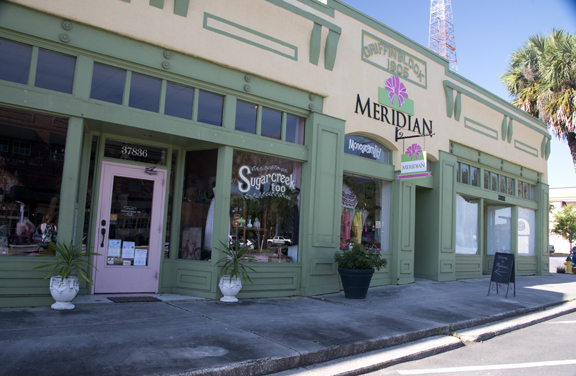 You can see that some of the detail in the shadows is lost in darkness, and some of the highlights are lost in too-bright areas. With HDR, I made the photo at the top of the post – here it is again:

Notice how you can see all the items in the shop windows that were in shadows in the first picture plus some details in the large planter on the sidewalk. And you can see details in the background building and on the sunlit curb that are blown out in the average shot. This is HDR’s advantage.

Now for a little promised history: Dade City, which is the Pasco county’s seat, is named for Major Francis Dade, who was killed with 110 other soldiers in 1835 in a conflict with Native American Seminoles. A fort was established named after Dade which later became Dade City in the late 1880s when the railroad arrived.

Today, the Pasco County courthouse is located here. Below is my average shot of the courthouse: 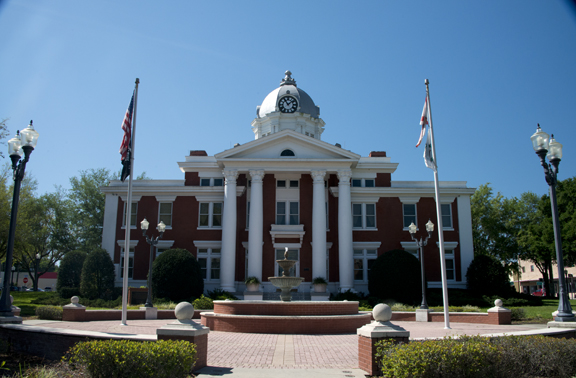 Notice how you can’t make out any details in the shadows on the front of the building. However, with HDR, I can bring out all that detail while keeping the highlights from blocking up: 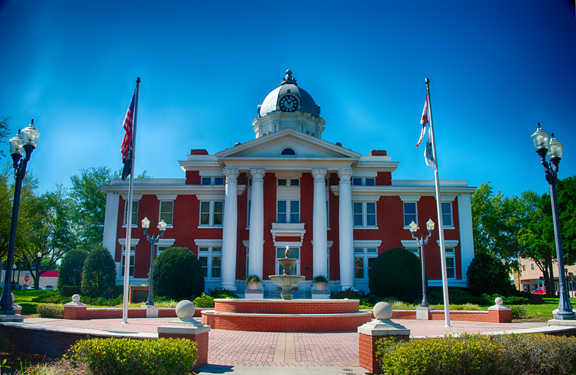 You can also see that the colors are very intense and there’s a halo around the building. These are all special effects in the HDR plugin for Photoshop. I could smooth all that out or intensify it with other effects.

For example, a small shop on a back street looks basically like this: 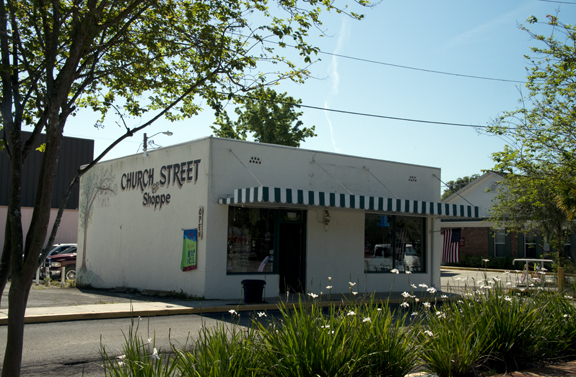 But I can make it look like an old postcard: 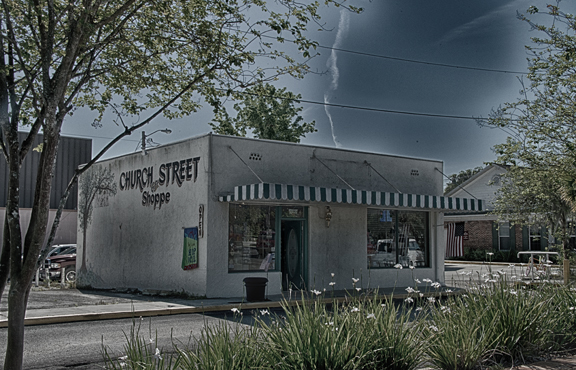 Dade City is well known for its antique shops and lovely little restaurants. Also, there is an annual Kumquat Festival and a monthly classic car cruise-in. I’ve not experienced those last two, but I’ll be bringing you a post about one of the eating establishments in the future, Lunch on Limoges.

Ok, one more image of a bicycle in Dade City near one of the lovely green spaces. First the straight shot 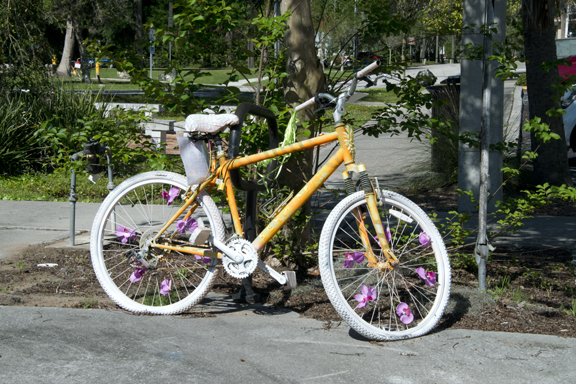 And its HDR with one of my favorite effects (see all the treads on the tires and the detail in the shadows of the greenery?): 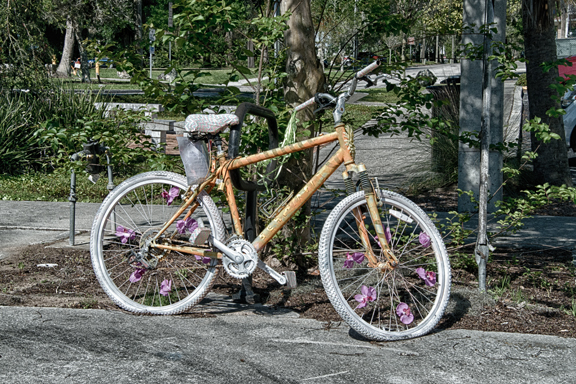 Thanks for joining me on my trip to Dade City and for learning about HDR with me. It’s really fun and I’ll be making the most of this digital process in the future. 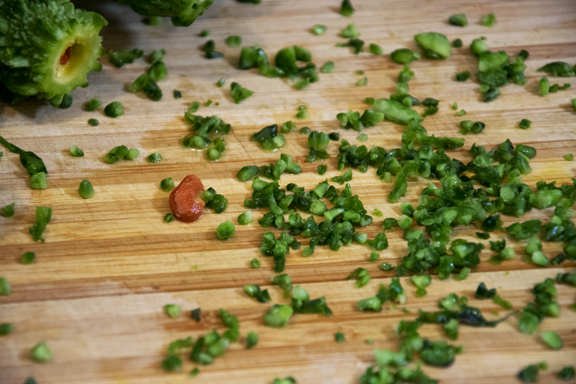 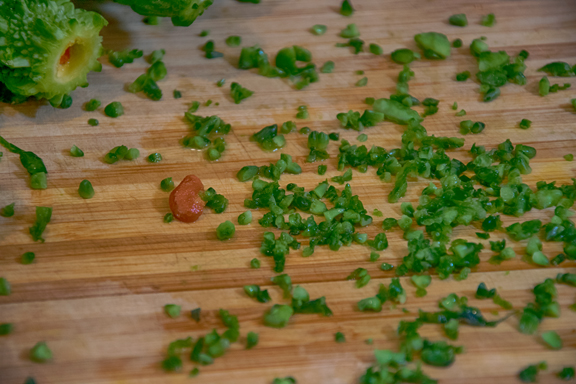