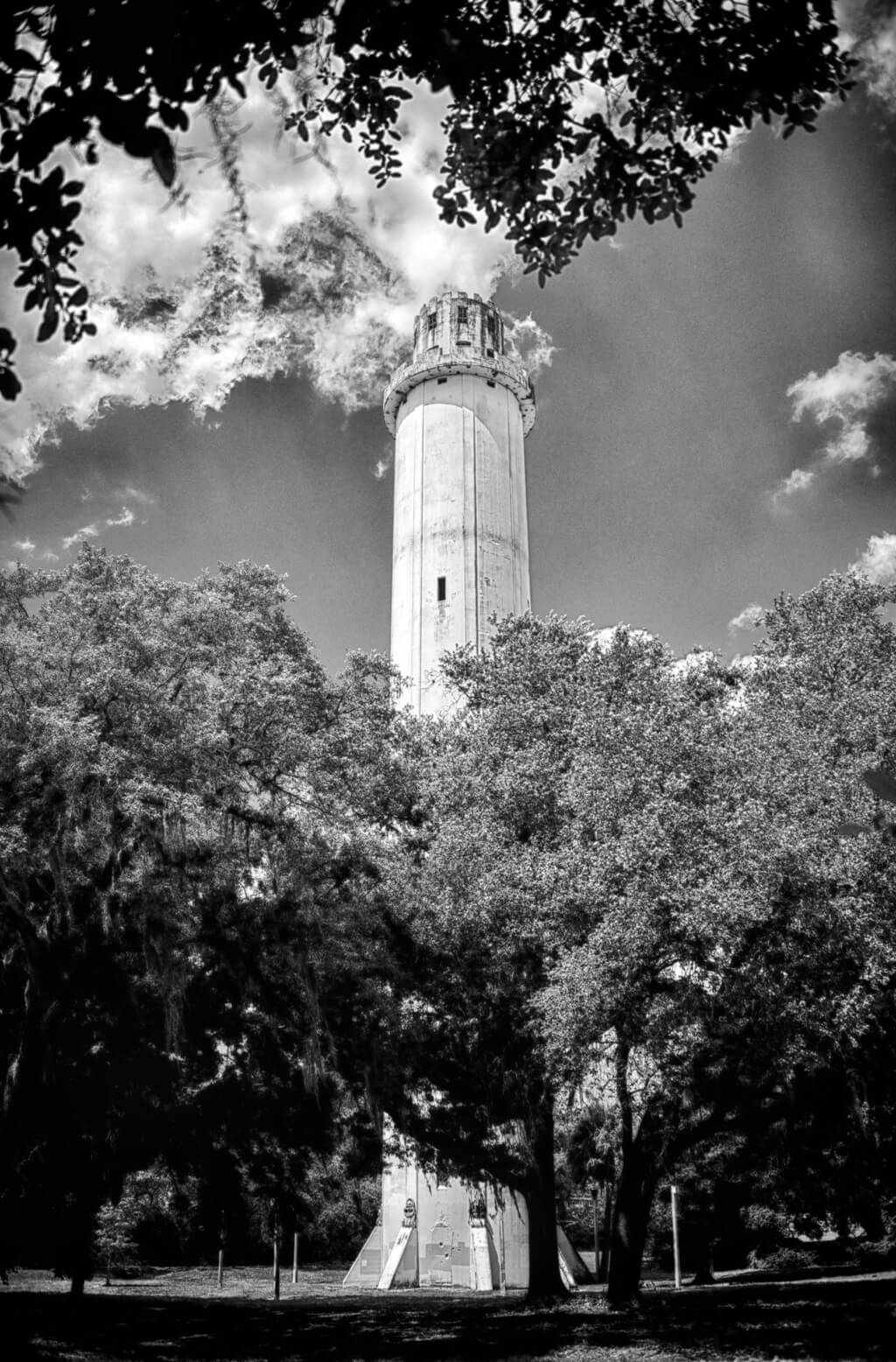 I lived in Florida for many years before I moved to Germany in 2010, and I can’t count the number of times I drove past this tower near I-275 in Tampa. I never knew what its story was, but I always wondered. Recently, my true-blue fellow photographer, Paula Showen, and I decided to find this tower and photograph it. It was on the same day as the Airstream Ranch adventure. The tower is not in the best neighborhood, and the GPS led us on a circuitous route, but we finally arrived at the base of the tower, which is in a small city park. 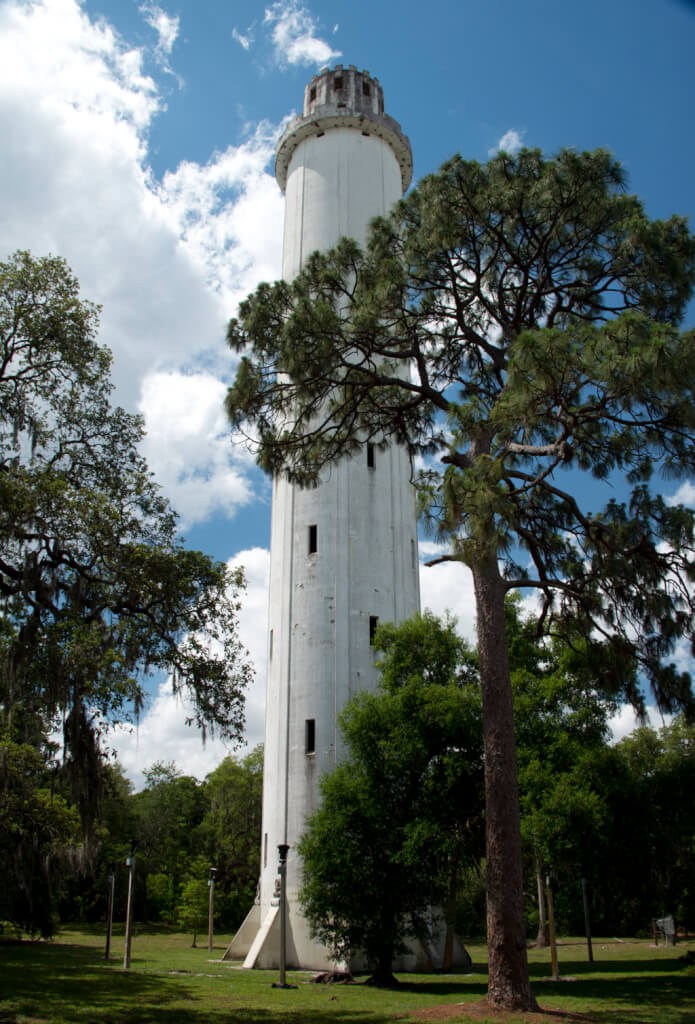 It’s called the Sulphur Springs Water Tower. Just beyond the trees behind the tower from where I took the above shot is the Hillsborough River.

You can’t see the base of it from the Interstate, but up close it looks like a rocket ship on the launch pad. 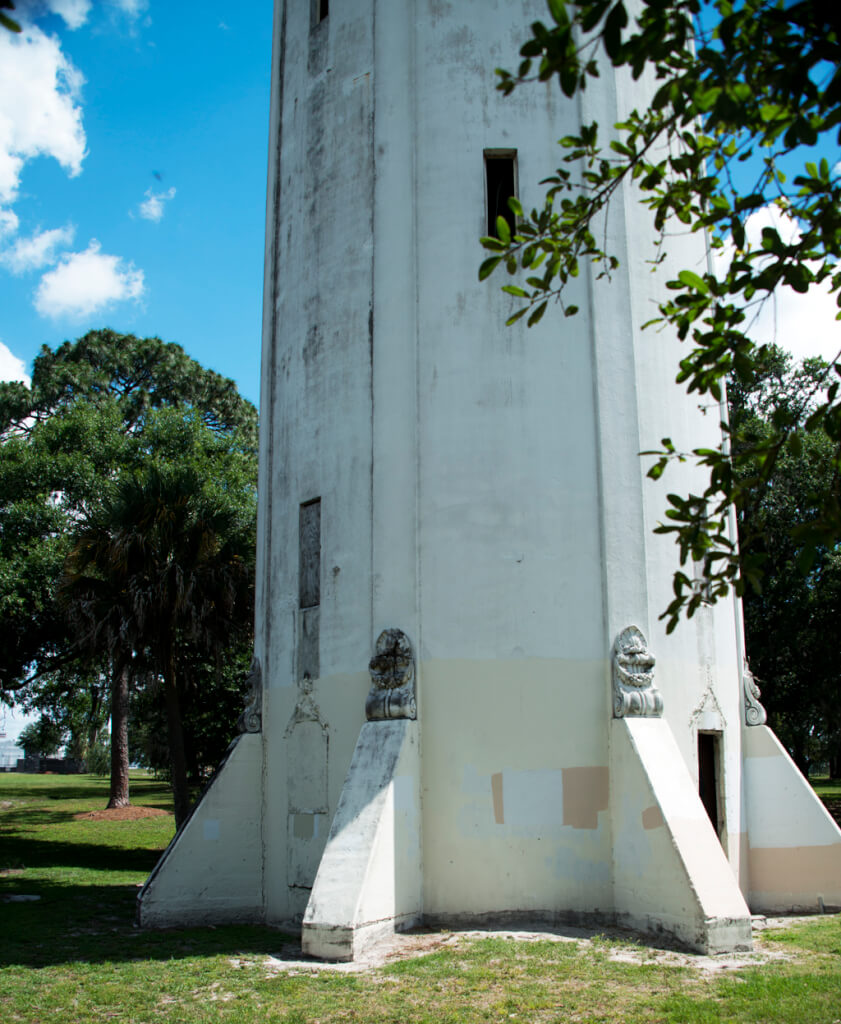 I’d heard, or thought I heard, that the tower was modeled after Coit Tower in San Francisco. Or maybe it’s because I knew Coit Tower’s name and that it was built using funds from the estate of a woman who was wild for firefighting in her time, Lillie Coit. Many think the Coit Tower was built to resemble a fire hose nozzle, but Wikipedia says it wasn’t. Well, I always thought this Tampa tower also looked like a fire hose nozzle. 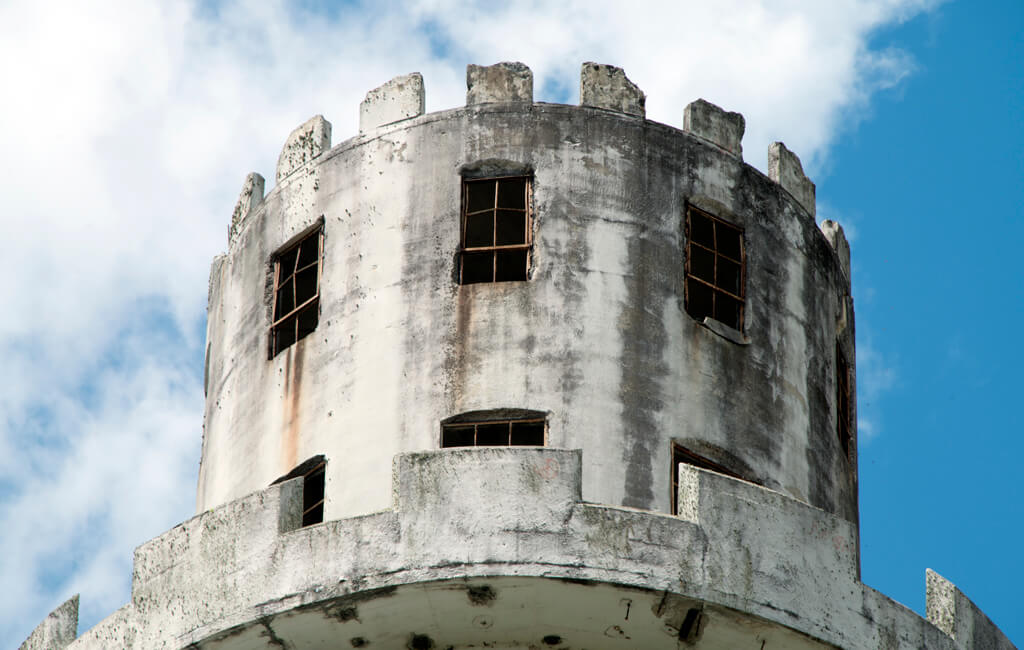 But, turns out the Sulphur Springs water tower, built in 1927, predates Coit Tower by three years, and, at a height of 214 feet, is four feet taller than Coit. So much for my theories.

The real story is this: Sulphur Springs appeared because the freshwater springs there gained a reputation as a healing spa, and the area had grown into a modest vacation spot for working-class families. In 1920, a developer named Josiah Richardson came along, whose idea was to build a tourist resort on 13 acres along the riverfront. He set about building an amusement park, the Sulphur Springs Hotel, Mave’s Arcade, reportedly the first shopping mall in Florida, and other establishments. There are some cool old photos here. Tampa annexed Sulphur Springs in 1923.

Keep in mind that Tampa was much smaller at the time and hadn’t completely swallowed up the Sulphur Springs neighborhood as part of its own. And, like all communities, they needed water. Fortunately there was that springs on the land. Richardson, who planned to turn the area into a mecca for the rich, supposedly mortgaged the resort to build the water tower over the well. He hired architect Grover Poole to design and build it.

And quite a tower it was! The pumping station for the well was constructed under the tower, with filtering and other equipment in a nearby structure. The buttresses are on solid rock and the tower is poured concrete using railroad rails as rebar. I read they built it up 10 feet per day by hoisting a mold using jacks and animals to haul it up. The water tank was the upper 25% of the tower and stored 200,000 gallons.

Below the water tank were seven floors, one room per floor. Richardson planned to use those rooms as “club rooms”, even installing an electric elevator in the tower. You could actually ride up for a bird’s eye view as a tourist. Sounds fun, but, from what I’ve read of Richardson’s reputation, I’m kind of afraid of what was meant by “club room”. However, before Richardson could build out the resort spa, disaster hit.

Man, this tale gets really juicy! I’ve read that the electric company dammed the Hillsborough River upstream during the Great Depression, flooding valuable pasture land. In 1933 that dam more or less conveniently “collapsed”, draining the pasture land. Unfortunately, the resulting flood wiped out much of downtown Tampa and did grave damage to Mave’s Arcade and the rest of Sulphur Springs. The businesses there failed, Richardson subsequently lost everything and his grandiose plans never materialized. The new owner of the tower and well continued the water supply service until 1971 when Tampa took over as the water utility in the area.

Now that I have given you all the gossip, let’s get back to the tower. Its design is neo-gothic and looks very medieval in ornamentation, with slit windows and fake battlements on top. 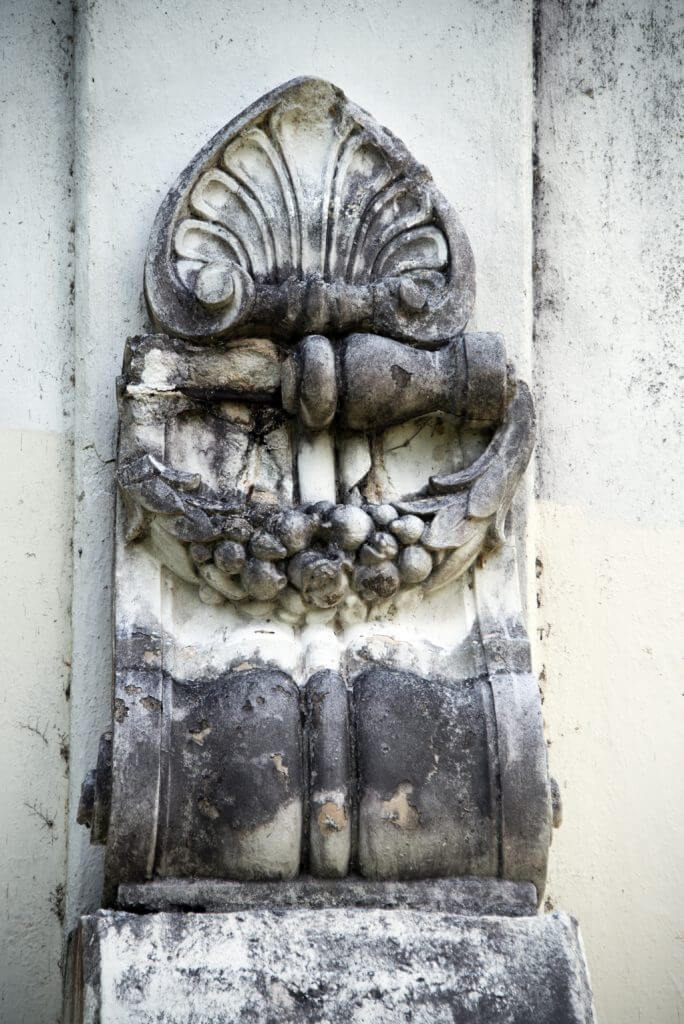 Interestingly, in the old days long before the vacation spot rose up, when the tide was in, oceangoing ships would sail up the Hillsborough River to the freshwater springs to replenish their supplies. I read that the site of the Sulphur Springs well, and today’s tower, is marked on some old pirate treasure maps. There may even have been an early lighthouse of sorts here. One source says there are several “pirate-marked” trees in the area, whatever that means! Aaaaarrrrggghhh!! I even read the place is supposedly haunted by a pirate or a woman, though we didn’t see any apparitions that day, only some homeless people who kept a respectful distance and tolerated us for an hour or so. However, something did show up on the photos… 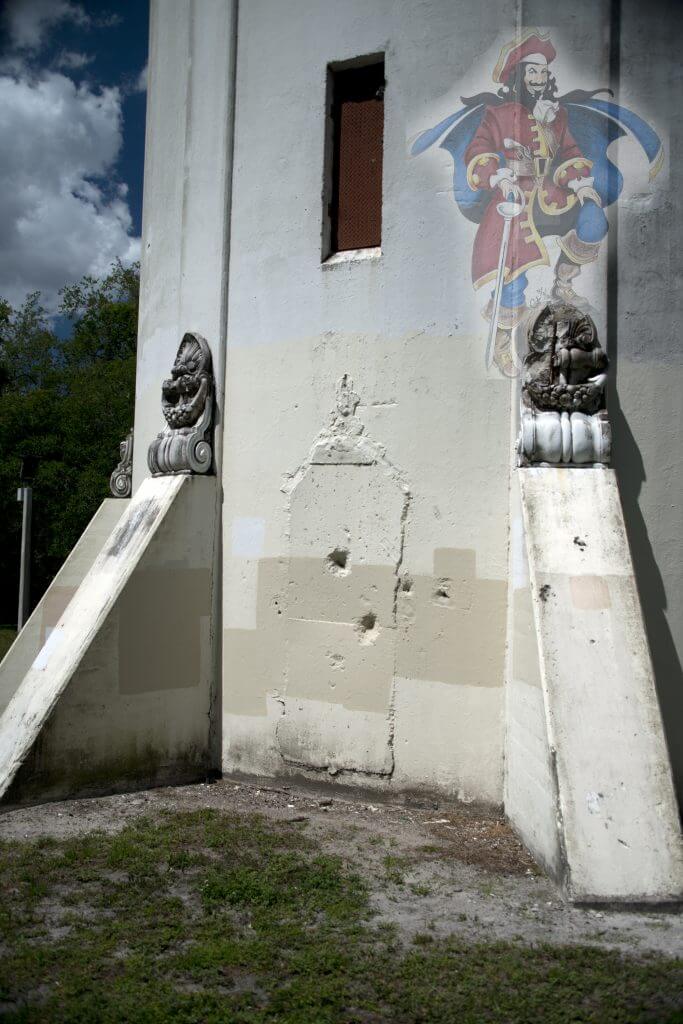 The vicinity is owned by the city these days, and the tower stands in the River Tower Park. It has been cleaned and restored in recent years (you don’t want to know how much pigeon shit was inside!). They’ve repainted it, covering lots of graffiti, using “anti-graffiti” paint, whatever THAT is. A few attempts to take over the land and get rid of the tower have been rebuffed by concerned citizens over the years, too.

There is a public swimming pool and a couple of other features on the other side of the Interstate from the tower, on the old resort grounds. Unfortunately, Paula and I didn’t know it at the time, so we will have to go back. There are plans to build a river walk along the water, including next to the tower. I’d like to see that happen, personally.

So, mystery solved! Now I (and you) know much more than you thought there was to know about the Sulphur Springs water tower, right? Have fun! 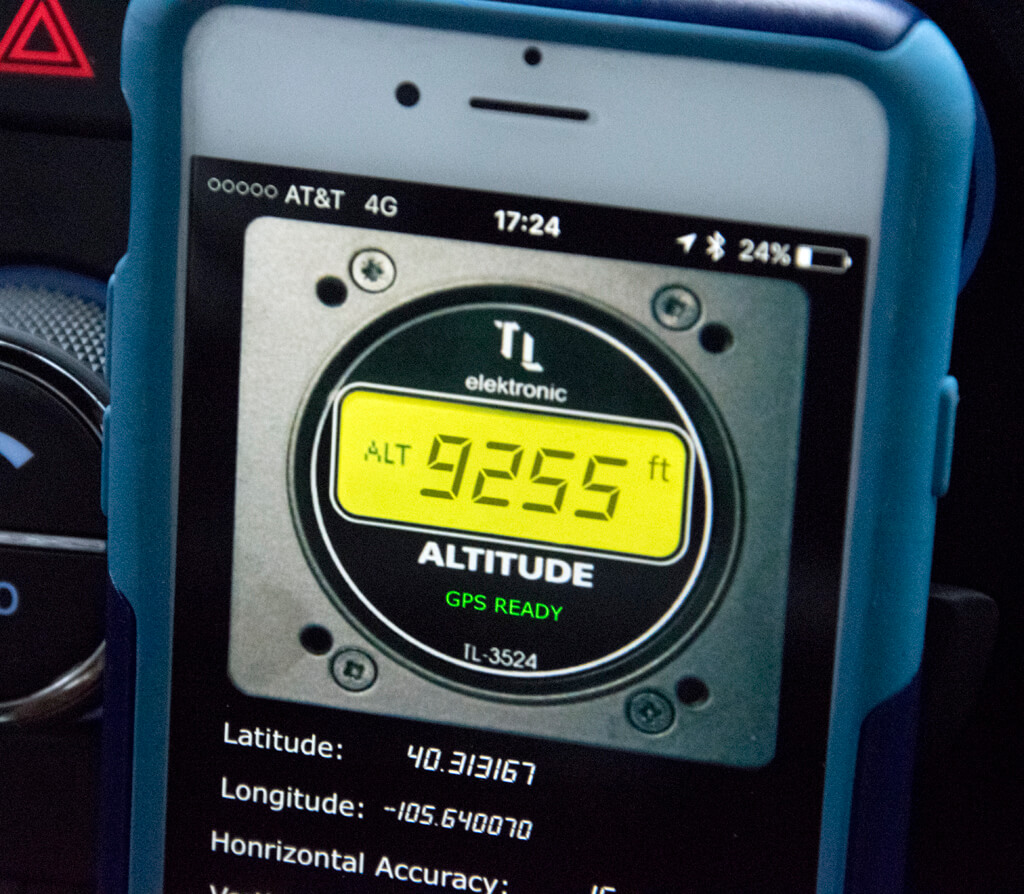