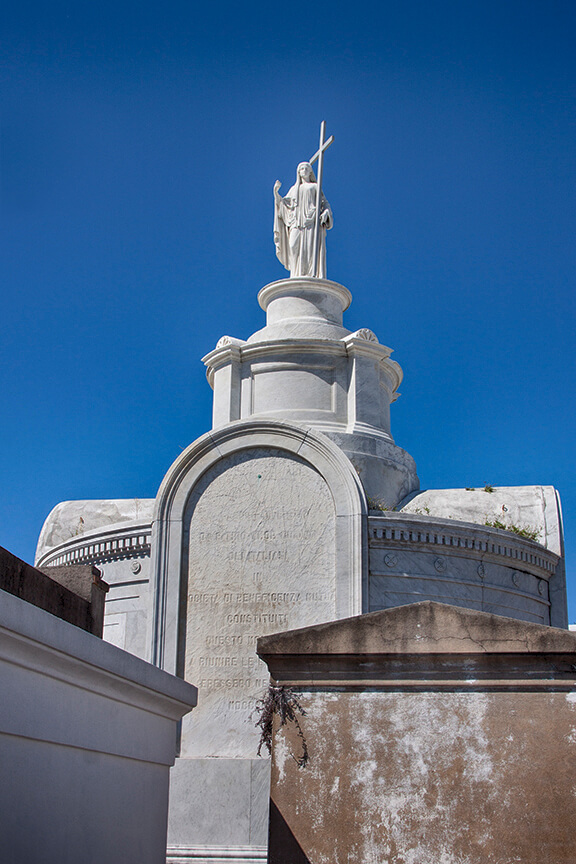 Special Announcement: My photo book containing the pictures and details of all the Photos for No Apparent Reason (PFNARs) from 2015 will be released in 3-5 days. When it is, blog subscribers get a special discount! So subscribe if you haven’t already!

This week I’m interrupting my “Denver suite” of posts to announce another first for A Travel for Taste: our very first guest blog! This week, in anticipation of Halloween, I’ve invited fellow photographer Paula Showen to share a blog post about her visit to a historical New Orleans cemetery a few years ago. So, without further ado, here’s Paula’s post! – Karren

We had never been to New Orleans. My husband and I had always wanted to go and thought that we might have waited a bit too long. On August 29th, 2005, Katrina hit and devastated the city, changing it forever. Over 80% of the city was flooded, causing many deaths and major destruction. We thought we’d never get to experience the excitement of New Orleans. Finally, after waiting four years after the disaster, on October 13th, 2009, we finally made it with hopes that the city had recovered.

After spending our first evening on Bourbon Street, we decided to spend the next morning in search of the nearby St. Louis Cemetery No. 1. It was only about a mile and a half from our hotel, so we set off by foot to find it. St Louis Cemetery No.1 opened in 1789, making it the oldest cemetery still in existence.

When we arrived, the gates were wide open and visitors were free to enter without a guide. There was no one watching over it, as we had expected. There was no fee to enter. It was very sad to see the shape of the historic cemetery. We had heard that it was not in the best of shape before Katrina, but had taken a turn for the worse in the aftermath of the storm. The cemetery is filled with above-ground graves, most left in shambles. Bricks were disheveled and parts of the graves were completely missing. We could not read most of the markers, many of the angelic statues were missing limbs and some were left headless. 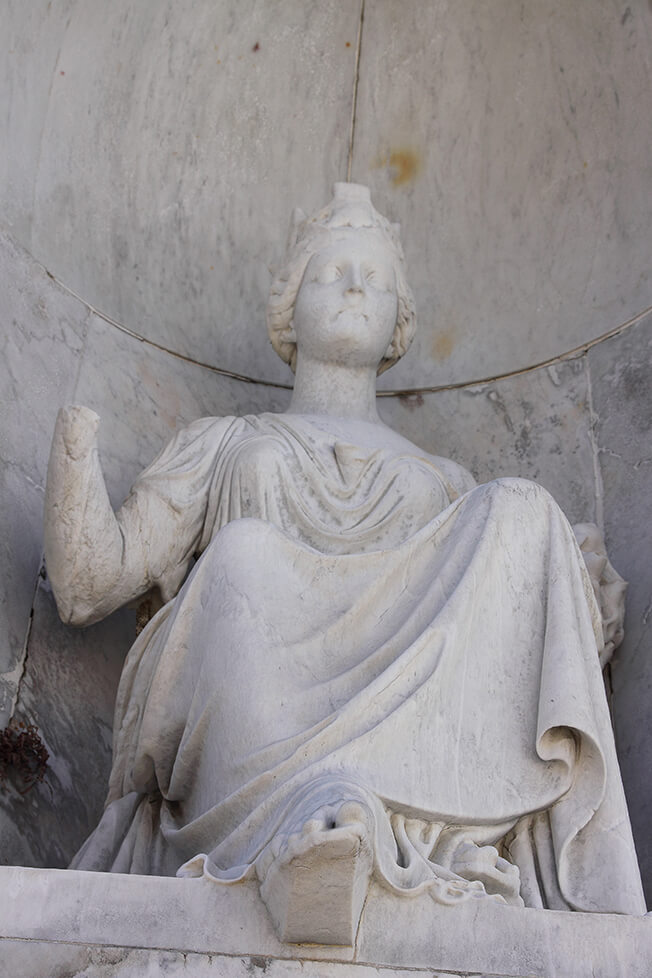 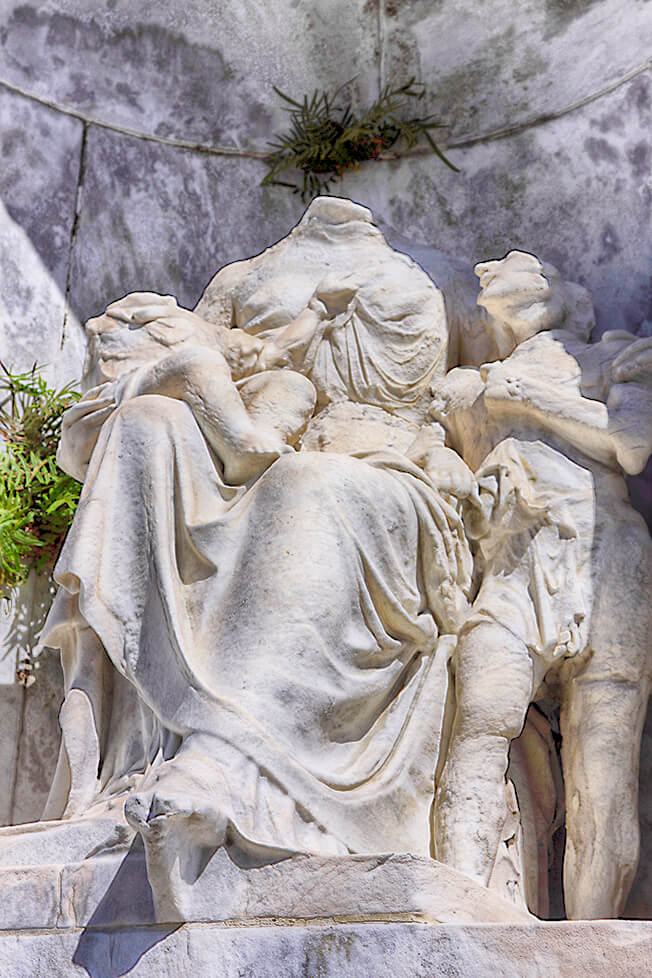 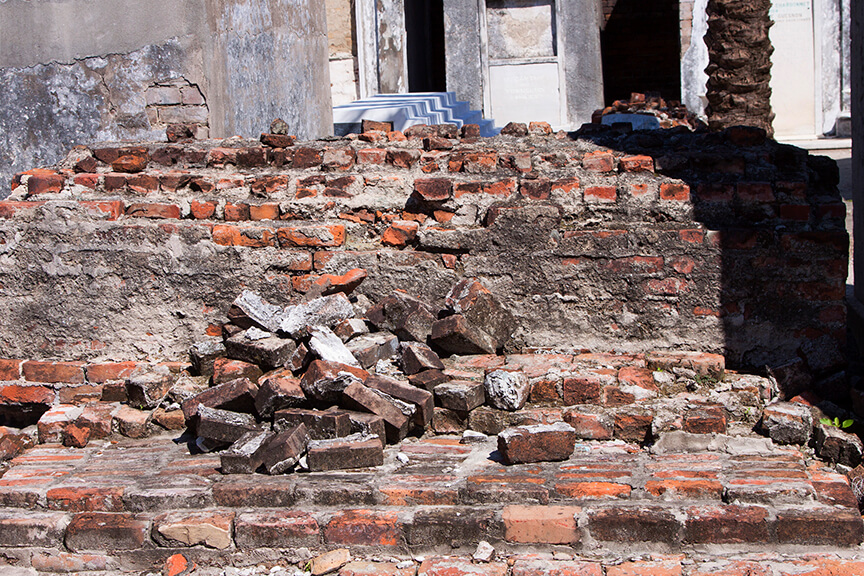 We just never expected to see this horrible damage still remaining after four years since the storm. I suppose, though, there have been other more pressing issues in the wake of Katrina. Even still, a shock, considering the history and the fact that this is the oldest and most famous cemetery in New Orleans!

We noted the different types of graves located in this cemetery. There are family tombs, which seemed to be the most common type. 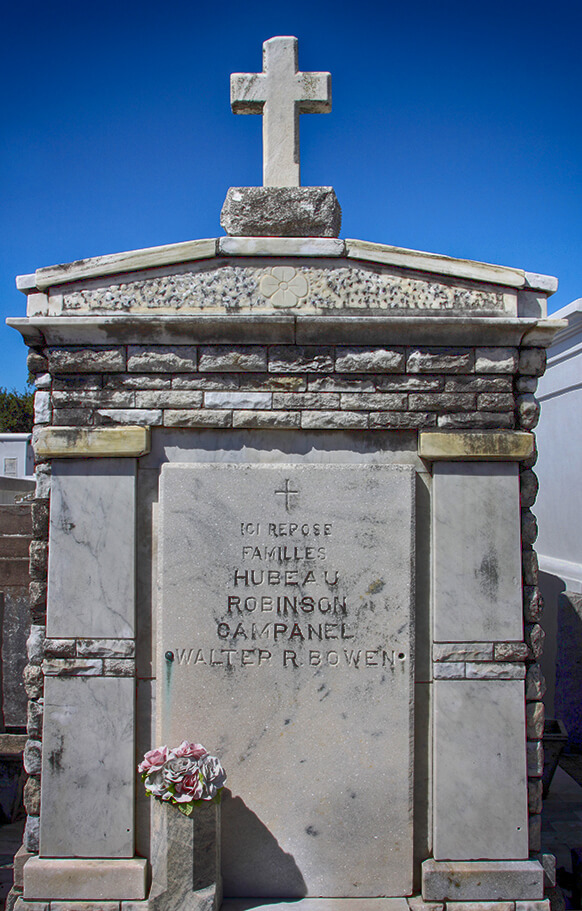 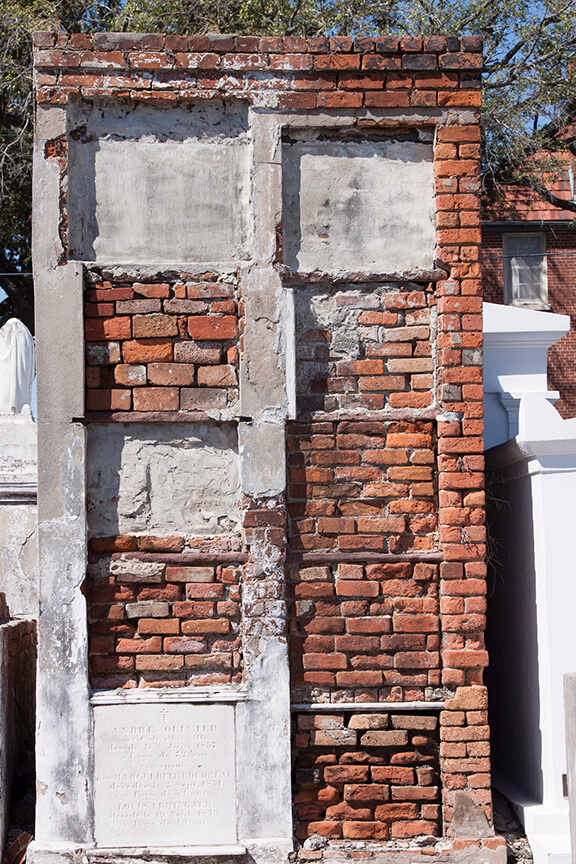 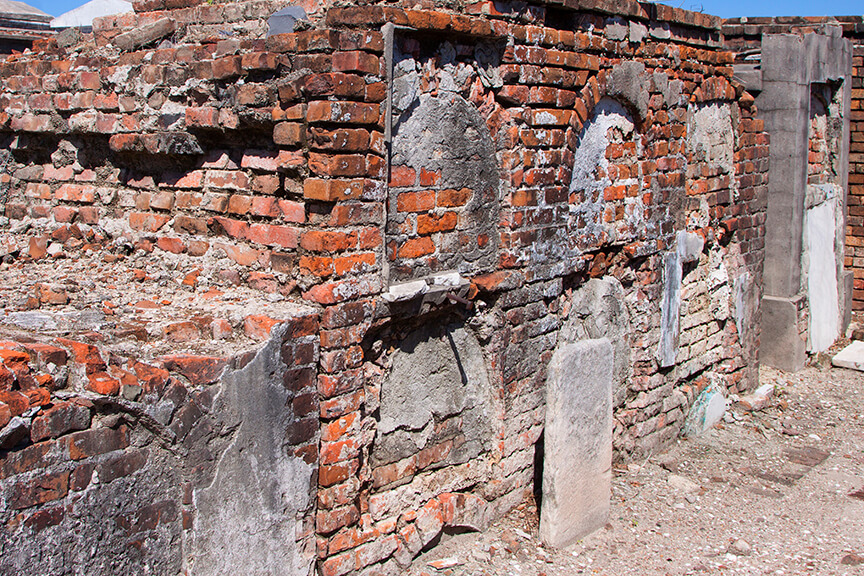 Society tombs are similar to family tombs and wall vaults combined. They house the bodies of people belonging to groups, organizations or religious sectors. For example, a society tomb may be used for fraternal organizations, police officers or military units.

Since our visit, I researched to see if this cemetery had been restored. What I learned is that a group has existed since 1974, “Save Our Cemeteries”, for the purpose of preserving the historic landmarks. They have instituted new rules for St. Louis Cemetery No 1. Under no conditions may a person enter the area without a licensed tour guide. Hopefully, they have restored this site by now. 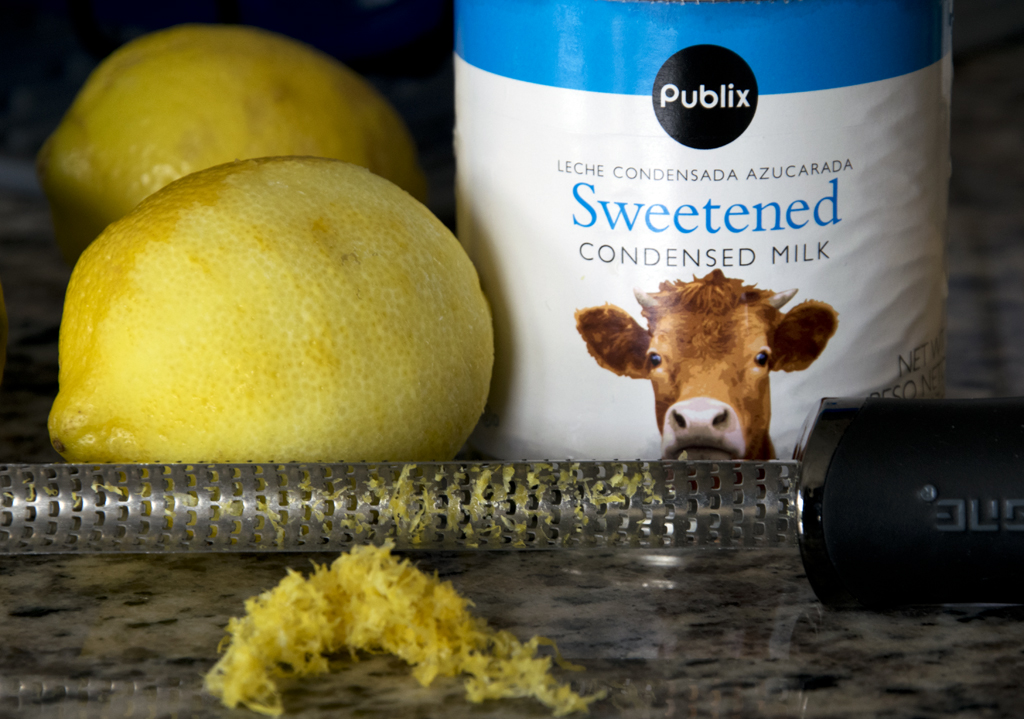