The Denver Civic Center isn’t, as I had imagined, a building, but rather a park. Civic Center Park lies in front of the State Capitol building and stretches two big city blocks to the City and County Building (courthouse) to the west. In fact, if you stand on the Capitol steps and look toward the courthouse at sunset, you pretty much get retina burn. You might have seen Civic Center Park in the news on 4/20 when hundreds of people show up just to smoke weed in the park for a few hours.

Flanking the park on the north and south sides are two columned, classical-looking structures, the Greek Theater and the Voorhies Memorial. Running between these two buildings and bisecting the park is a wide, double sidewalk. It’s here that the park hosts its annual Civic Center EATS event.

The Civic Center Conservancy, a nonprofit that takes care of the park, holds the EATS event that benefits the park. They also host MOVES (a series of free, year-round fitness classes in the park), Independence Eve (a July 3 celebration) and Cinema (an August-based, Wednesday-night outdoor movie series).

This event, EATS, is a group of food trucks set up for business during lunch (11am – 2pm) on Tuesdays, Wednesdays and Thursdays starting in May. It runs through the summer to October. The food trucks line up along the double sidewalks and there are tables, umbrellas and live music to help you enjoy your treats. Since I’m fascinated by both lunch and food trucks, I hopped the commuter train one Thursday and headed downtown to get some grub. Oh, and pictures.

Here’s the double row of food trucks running left and right in the photo below; the City and County Building is in the background:

The building in the background that looks like a medieval castle with a flag flying is the Denver Art Museum:

And here’s a shot from the middle of the fray showing the clever landscaping in the park. That’s a wine barrel with the flowers “spilling out” of it: 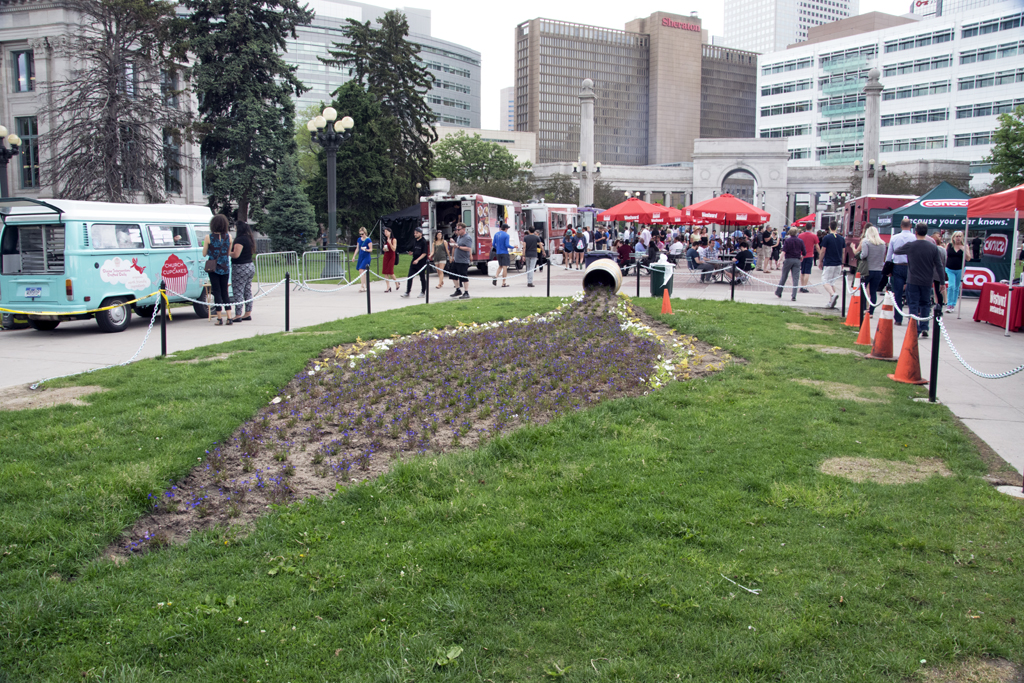 There was a live musician (glad it wasn’t one of those dead musicians): 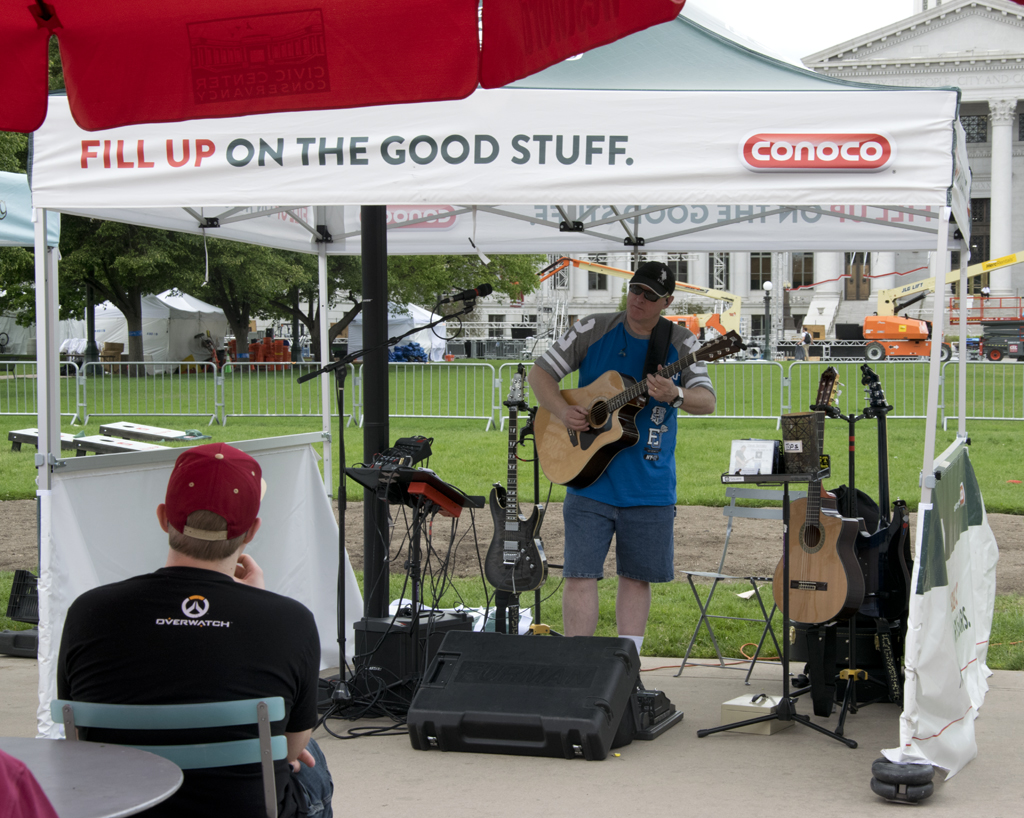 They had bistro tables and umbrellas all over the place, plus some umbrellas on the steps of the Greek Theater. Even though it was overcast that day, the Colorado sun was still very intense:

Here’s a gallery of most of the food trucks present that day:

And here are a few more that I found particularly interesting:

Base Camp made from an ambulance:

The Church of Cupcakes van, a religion that I could really get behind! 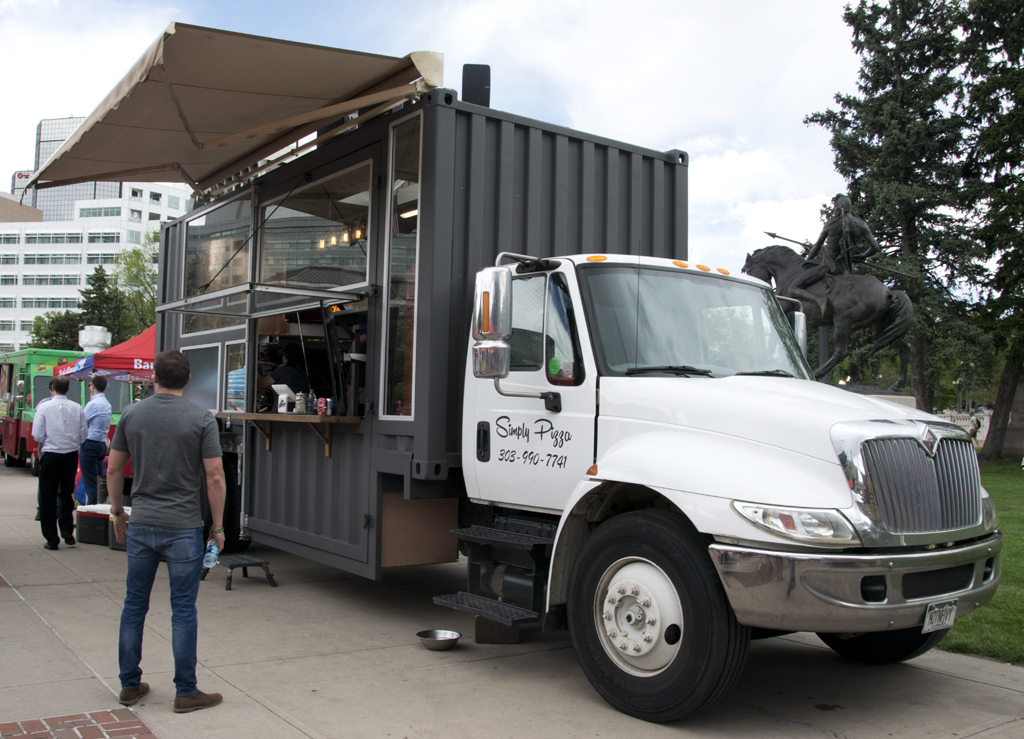 One of the most fun names for a food truck (don’t you love the sombrero in the cab?): 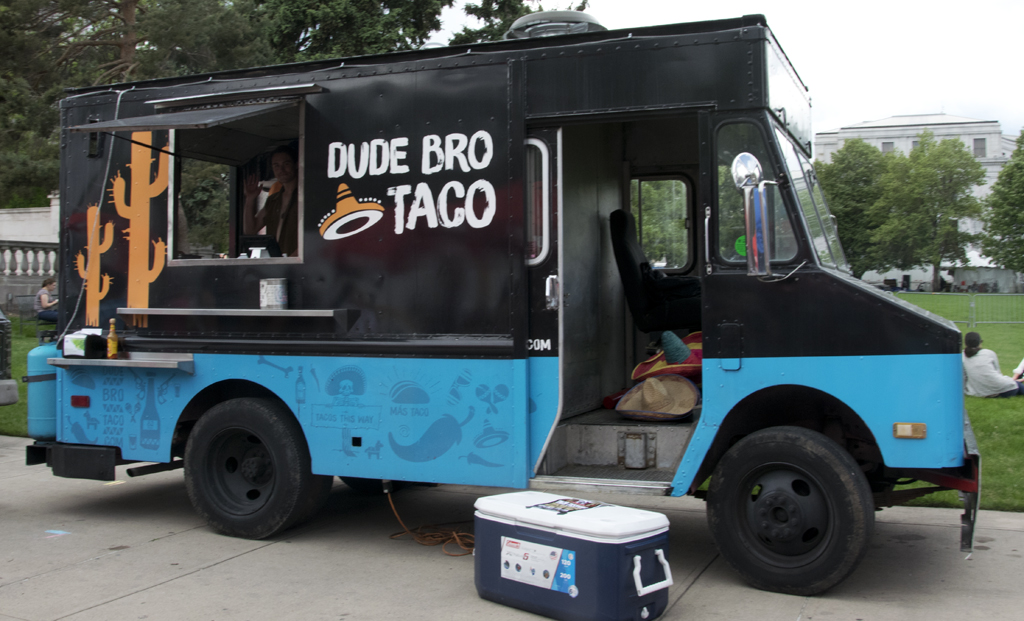 And by far the food truck with the cutest pun and the most I-think-I-can appearance: 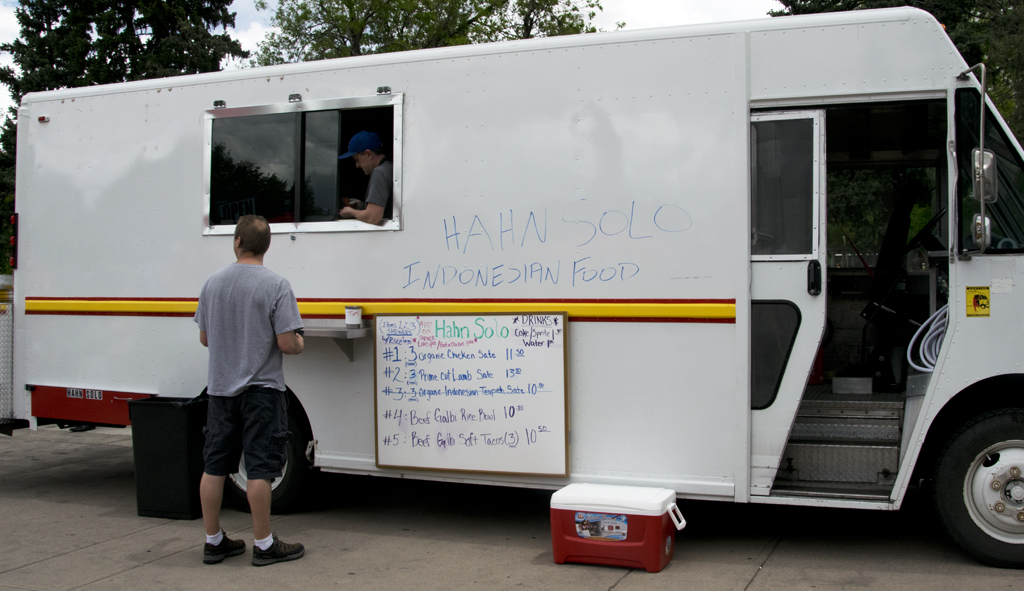 It was so hard to decide what to get for lunch, but I eventually decided to visit the J Street food truck. They change their menu every month, it seems, and this time they were serving up Korean fare: 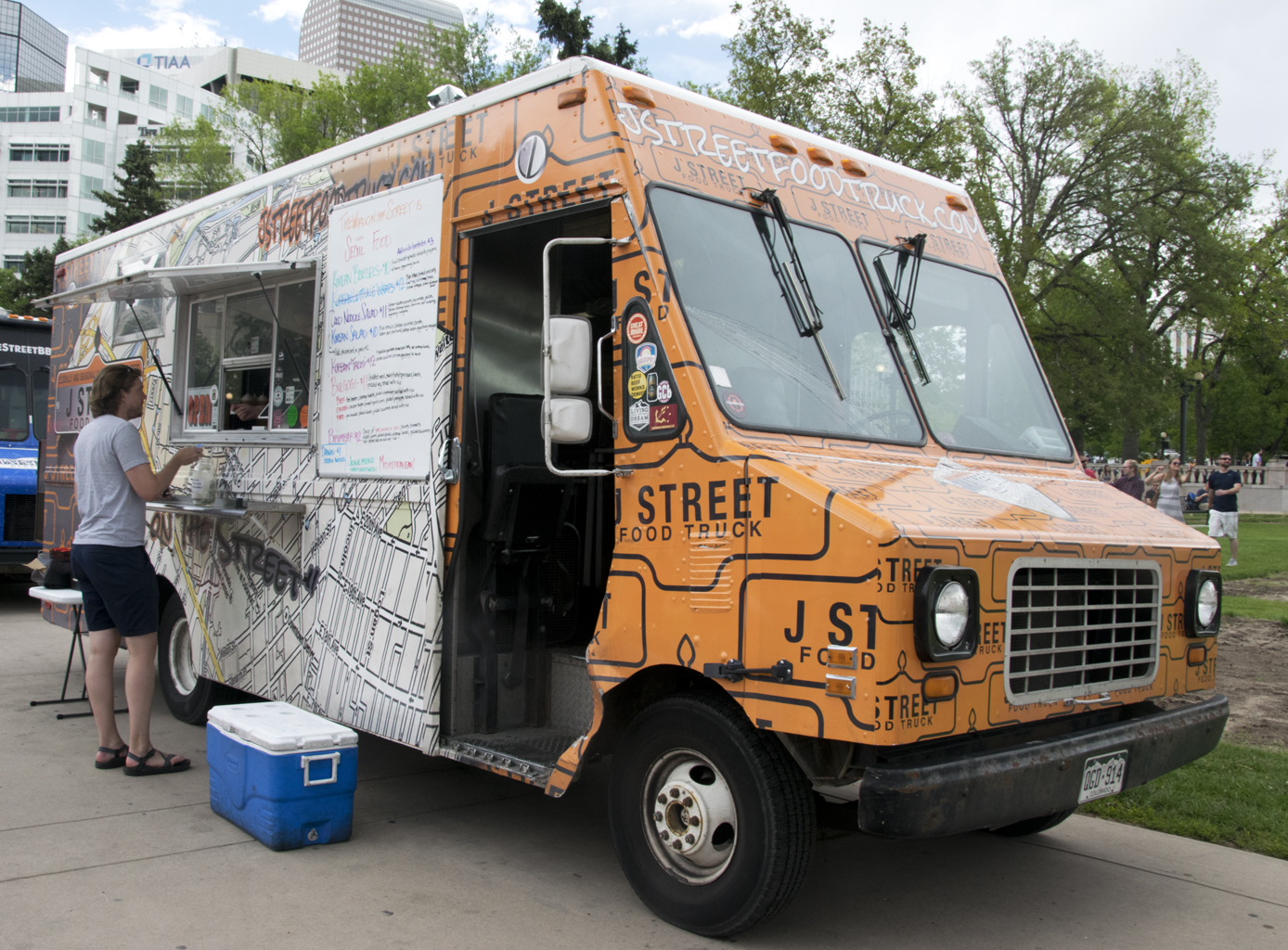 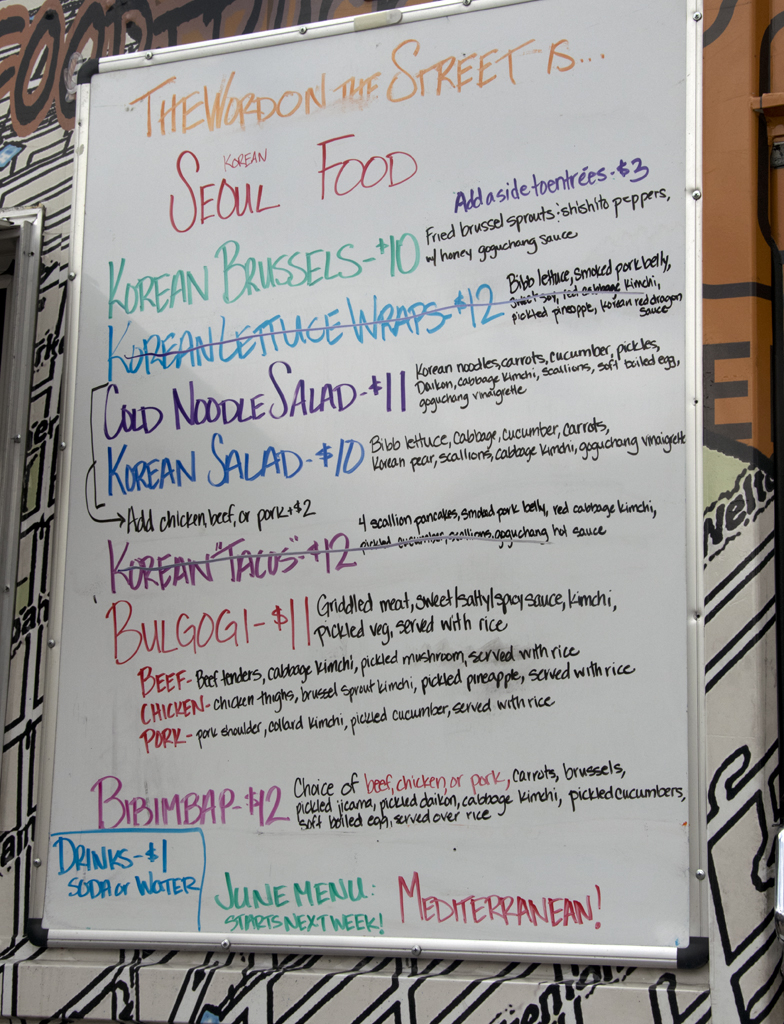 I had the bulgogi, which was tasty and filling. I could only eat half of it, too, so it was a good value. My husband got the other half when I got home. My camera bag still smells a little like Korean food… 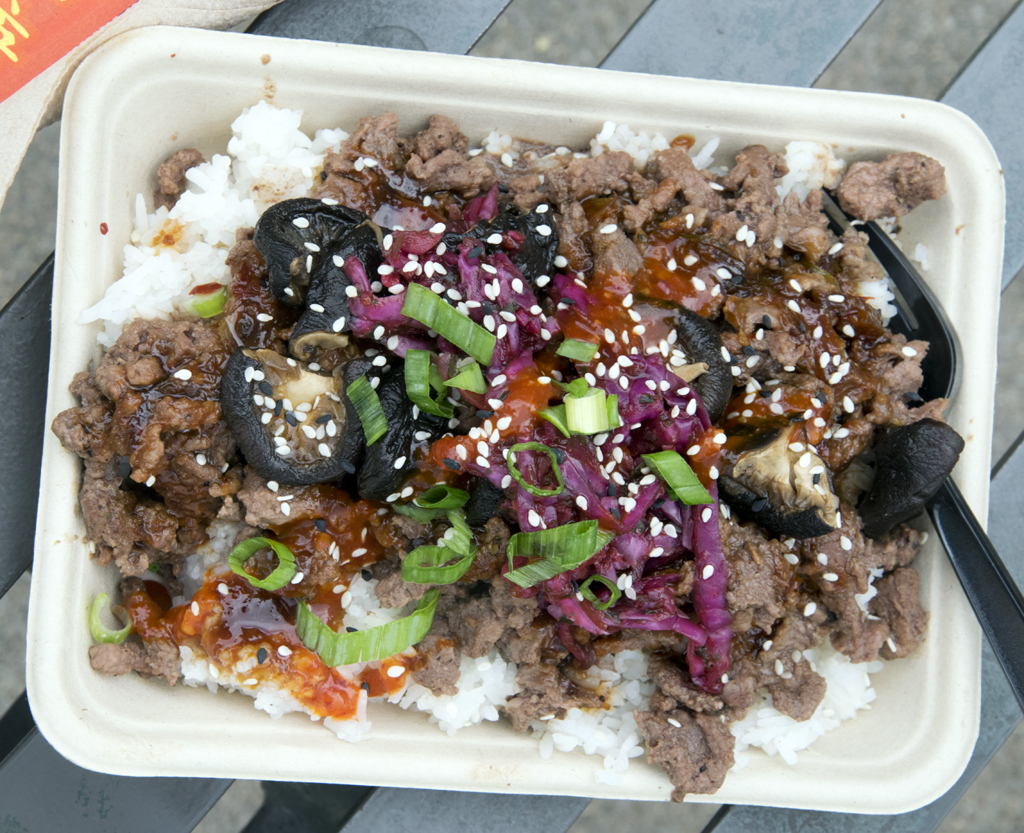 Here’s another little gallery of piggies I shot in front of a few BBQ trucks:

There you have it! And I regret I had only one stomach to give to this blog post, but I have plenty of time to go back and sample more of the goodies available at Civic Center EATS. Come join me! 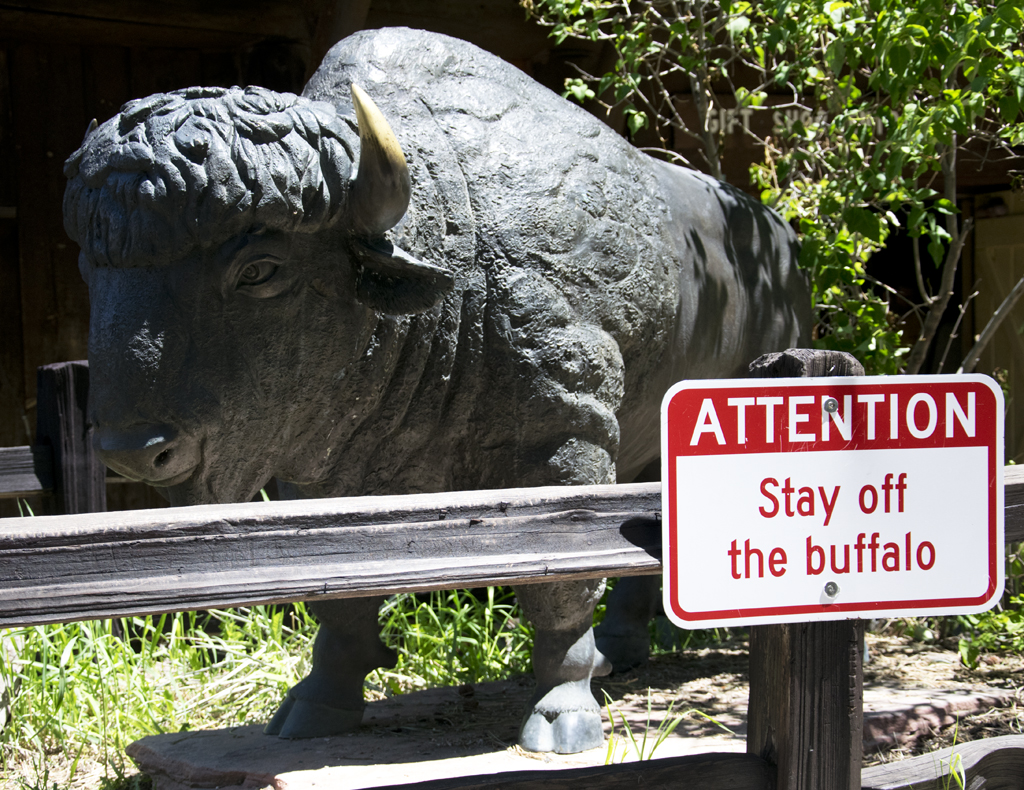