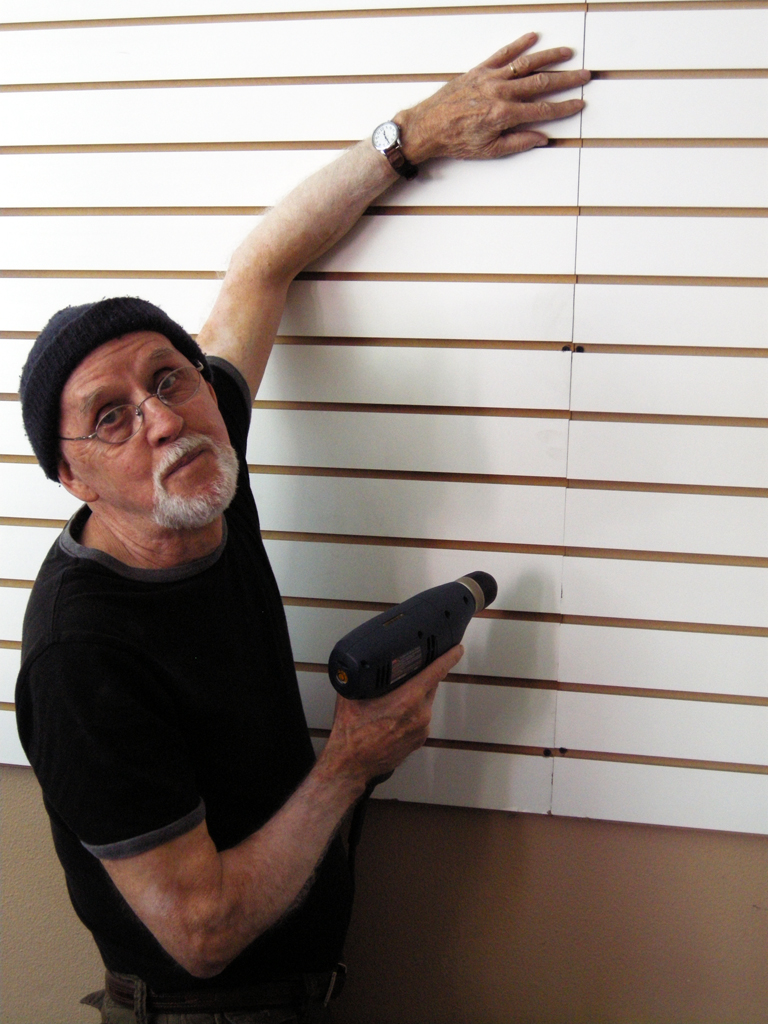 This week, permit me a little latitude for something personal:

I was all set to write a post about the marvelous Arvada Center for the Arts and Humanities that I visited recently, but there’s plenty of time for that in the future.

I met Ralph when I was director of a small, non-profit art gallery in Florida from 2006-2009. He had been a career army veteran, serving in Korea and Vietnam both, which might tell you that he was significantly older than I was. Apparently, after the service, he became a painter and got a degree in it, too. He was actually quite successful in the local area.

He made the most beautiful paintings! It was pop art and very much like cartoon animations, but lovelier. I’m fortunate he gave me a couple of his paintings during that time. He volunteered at the gallery a few days a week and we became friends. He had a deep knowledge of art history and I learned a lot from him. The difference in our ages didn’t seem to matter at all. We also were each other’s enabler when it came to chocolate! 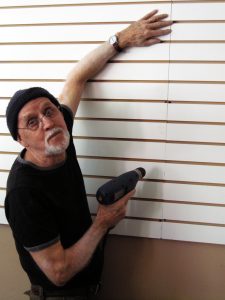 Together we started the Old Time Radio Show group, which was his idea anyway. Ralph wrote scripts and we would recruit people to read the parts. Then we would perform the pieces at gallery events. I even recorded a few and put them on CD for gallery fundraisers. 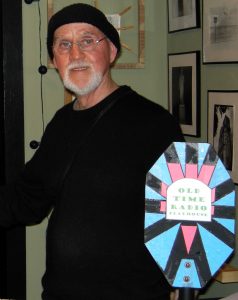 After I left the gallery, I went to Europe. You can check every past post of this blog to find out what I was up to from that point on. But Ralph and I kept in touch and stayed friends.

Ralph’s wonderful wife, his heart and soul, passed away suddenly in 2013, I believe. He became very fragile and kind of lost. We grew closer via email during that difficult time. Interestingly, Ralph never picked up another paintbrush to my knowledge after losing his bride. He was very much at sea for a while.

Then, suddenly, he began writing! He started churning out western novels right and left. He was as amazed as anyone else at this. He told me with amazement in his voice, “Karren, I don’t know where they come from!” It was soon after that that he asked me to edit and proofread his books before publication. Fortunately, his daughter was his publisher and we also became friends. So it was, once a month, I’d receive a manuscript with good guys, bad guys, horses and cowboys to read and correct the grammar and punctuation. Oh, I love those little books! His daughter put them on Amazon in e-book form. He’s actually gained quite a following, especially in England.

When I returned to Florida in 2015, we had lunch together once a month. We’d meet at a small place and catch up. He’d always bring me a bottle of wine and a small gift from the dollar store, like a puzzle or some such. I’d entertain him by blowing the drinking straw cover at him and teaching him how to say “in bed” after reading the fortune from a fortune cookie.

He was still doing the Old Time Radio stuff and writing his butt off, which was so inspiring to me. I’d tell him often, “Ralph, I want to be you when I grow up.”

And I mean it still.

When I moved to Colorado this April, we promised each other we’d email every day. We mostly have, trading encouragements, observations on life, writing stuff and especially very corny jokes.

Well, as you might have surmised by now, my good friend Ralph made his transition into the nonphysical just yesterday. And now he’s with his heart and soul again, which I can only be happy for.

However, I do feel a little sorry for me – I am going to miss the cheesy jokes from his so-charming email handle, countburrito. I will miss his encouraging me to work on my fiction, which is coming along slowly, but it’s coming along, thanks to him. His daughter and I will continue working on his final manuscripts to be published posthumously.

And I still have his wisdom and his well-adjusted attitude and all our memories. I will still hear his voice when I read his work. I will still remember our gallery escapades when I look at his paintings. I will act on his encouragement and continue my fiction work. And I know I will still feel the same way about him always.

Here’s to you, my beautiful friend, a life well lived and a legacy greater than many others have left behind.

And I don’t want you to rest in peace – party your tail off wherever you are!