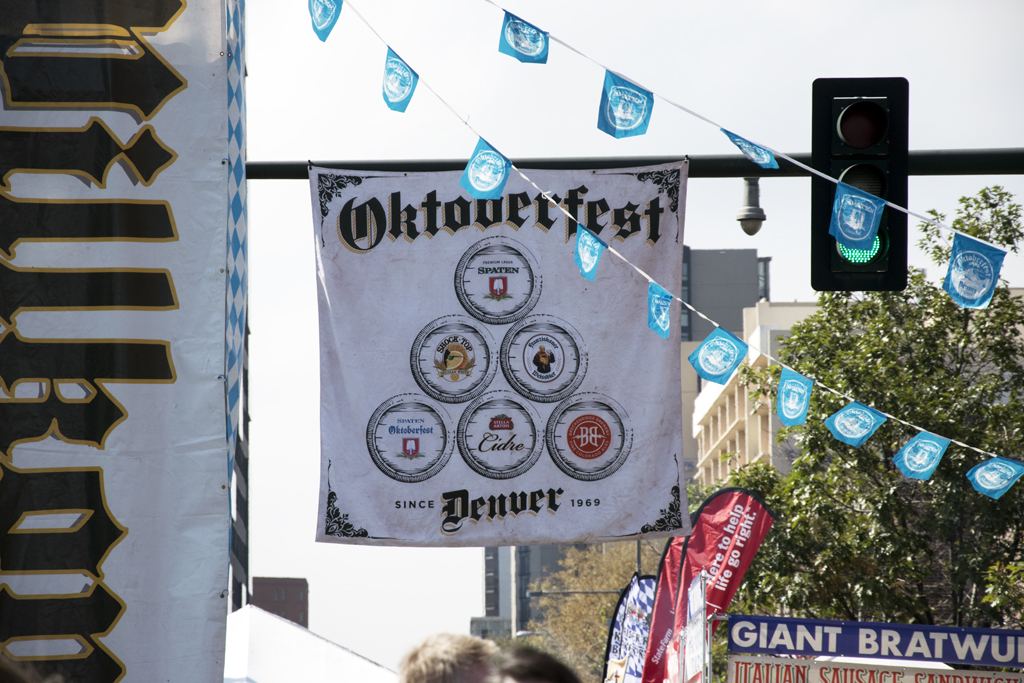 Well, you know me, always up for an Oktoberfest! This time I found it in Denver, Colorado – who knew? Since I’ve been to the real one in Munich several times, I have lots of past blog posts about it. For example, the opening procession and the Big O-Fest itself.

I have to congratulate myself on NOT casting aspersions on the American versions of Oktoberfest, too – it’s never as big and never the same, but I know they’re trying. (Sorry, that was kind of an aspersion, wasn’t it?)

Anyway, Colorado has a couple dozen Oktoberfests of varying sizes and locations. I’ve seen listings for at least two in Denver. But this one’s website said “Since 1969” and seemed to be the one referred to most often in online articles I read. So, I donned my Oktoberfest garb, including t-shirt that looks like a Dirndl and authentic fest hat, and headed downtown last weekend to check out Denver’s interpretation. It occurs on two consecutive weekends in September – you DO remember I’ve told you that Munich’s Oktoberfest starts in September and ends on the first weekend in October, right?  in the Ballpark neighborhood, which surrounds Coors Field baseball stadium (Go, Rockies!).

Denver’s ‘Fest is held in the Ballpark neighborhood, which surrounds Coors Field baseball stadium (Go, Rockies!). First thing I saw was a big crowd gathered around a small race course. That would be the Long Dog Derby, a dachsund dog race! 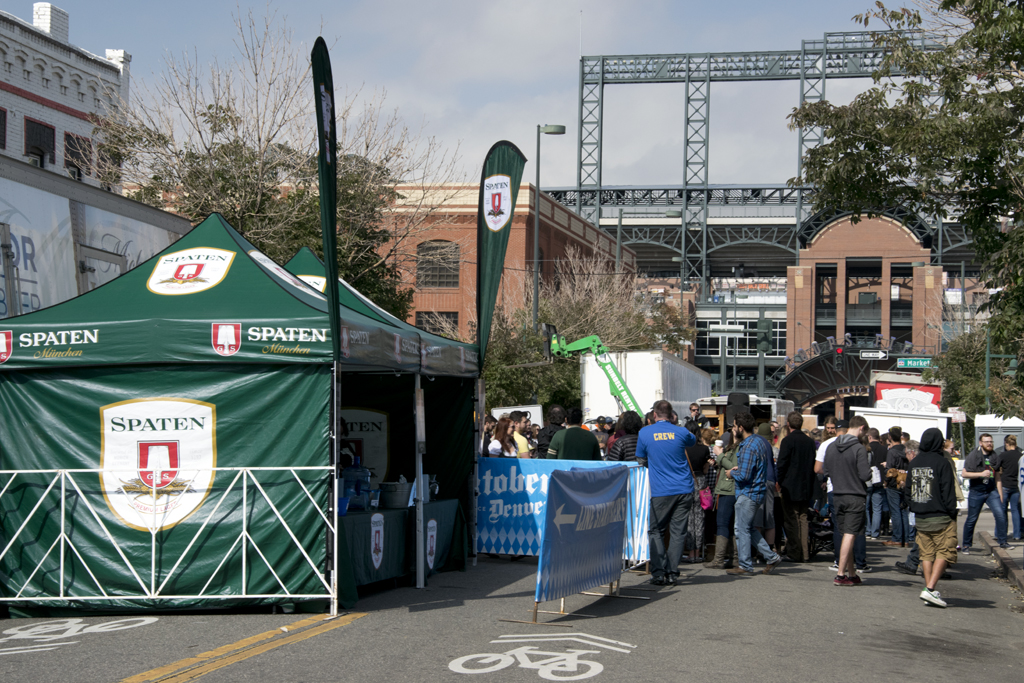 The big steel girders and brick walls in the background belong to Coors Field. And the green Spaten tent, though an American-style tent, was serving up real German Spaten beer from Munich. Spaten means “spade” in German – hence the shovel logo.

Although I couldn’t get close to the dog race track to even see the pups, much less take any photos, I bring you a gallery of Dachsunds that pervaded the entire day. Look for the Dachsund wine next to a real dachsund – it’s a Riesling that comes from the Mosel valley in Germany.

And here are some street scenes from the approximately-four-square-blocks of fest: 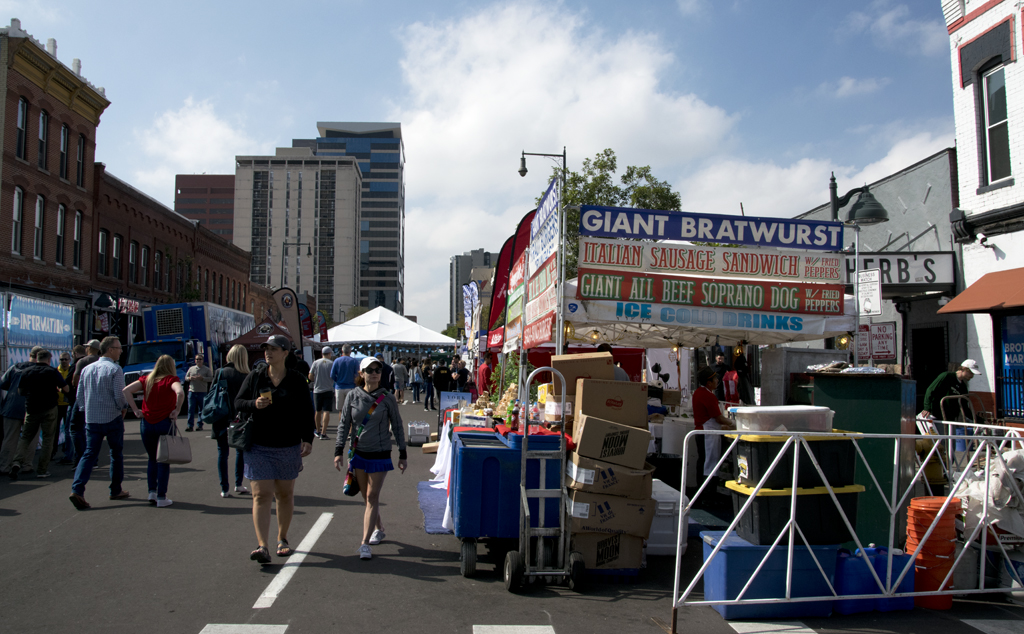 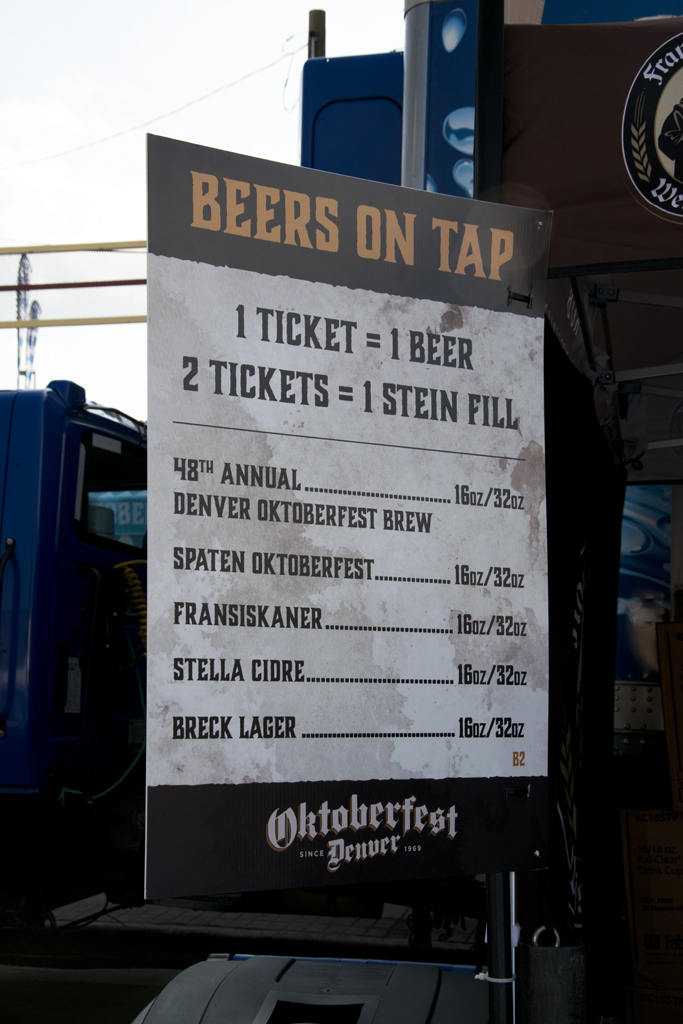 A beer ticket cost $6 each, four for $20. You could buy the commemorative “stein” for $25, or for $30 they’d throw in two beer tickets. There were VIP tickets available, too, which cost $100 or more, depending on which day you were there. Those entitled you to unlimited beer and food in the VIP area, which looked kinda like a playpen in the midst of all this: 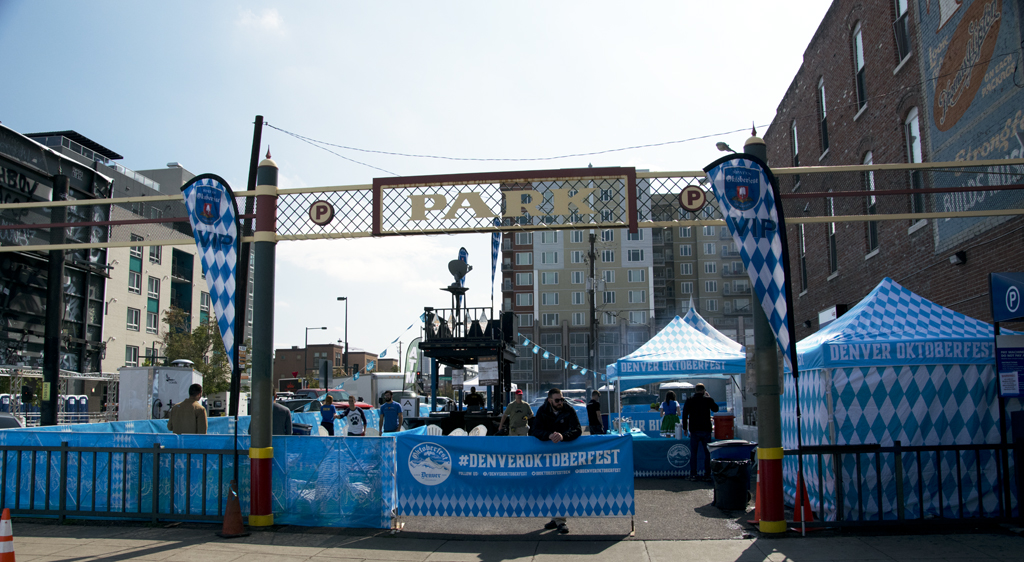 Love the bouncer at the gate! But you could wander in and out as you pleased if you had the VIP ticket, and I’m sure it was a benefit later when the crowds showed up and the bands were playing on the several stages:

By the way, the word Stein in German means “stone”, and I’ve never heard a German refer to this or any other glass as a Stein. In Bavaria they are called a Maβ, which means “measure” and really means the glass holds one liter (1.06 quarts) of liquid. The stoneware ones are called Krug, which is closer to meaning “mug”, though it can mean other stuff like “pitcher”.

And, just for the record, I compared the Denver Oktoberfest glass with one I got in Munich, which is much heavier: 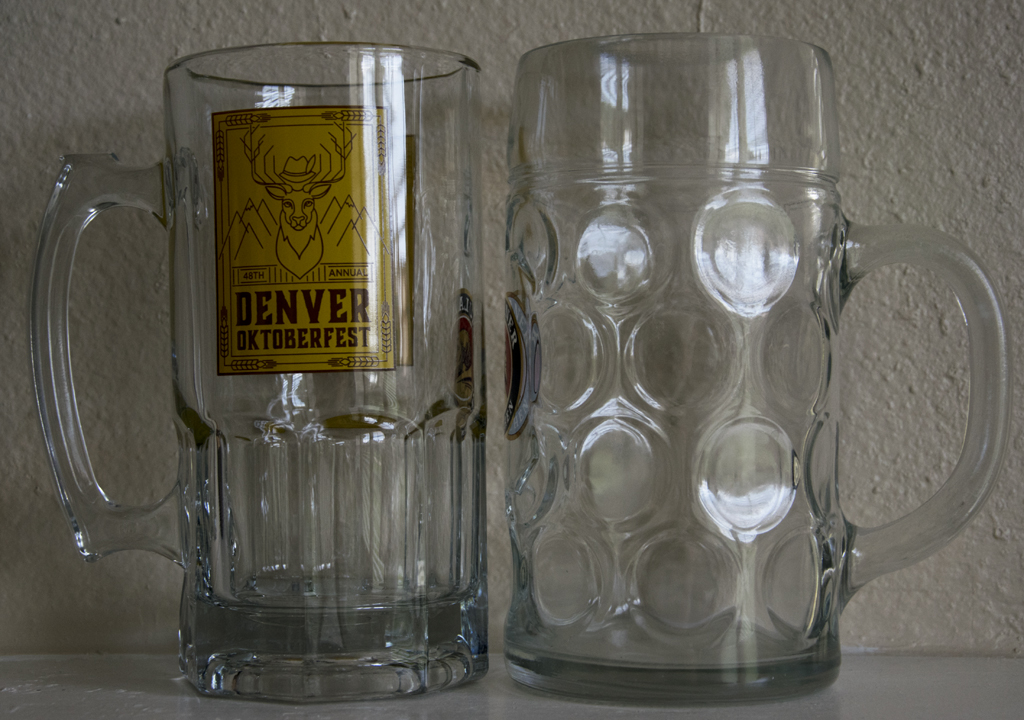 I filled the Denver glass to the rim (with water!) and poured it into the German one. It filled the German glass to the line you see just above the handle where the circle pattern ends. And that, interestingly, is just where the Germans fill the beer to – the rest of the head space is for the foam. If the beer in Germany doesn’t have foam, it is assumed the beer is flat and not fresh. At Denver’s fest, FYI, they filled the glass to the top of the logo, more or less. 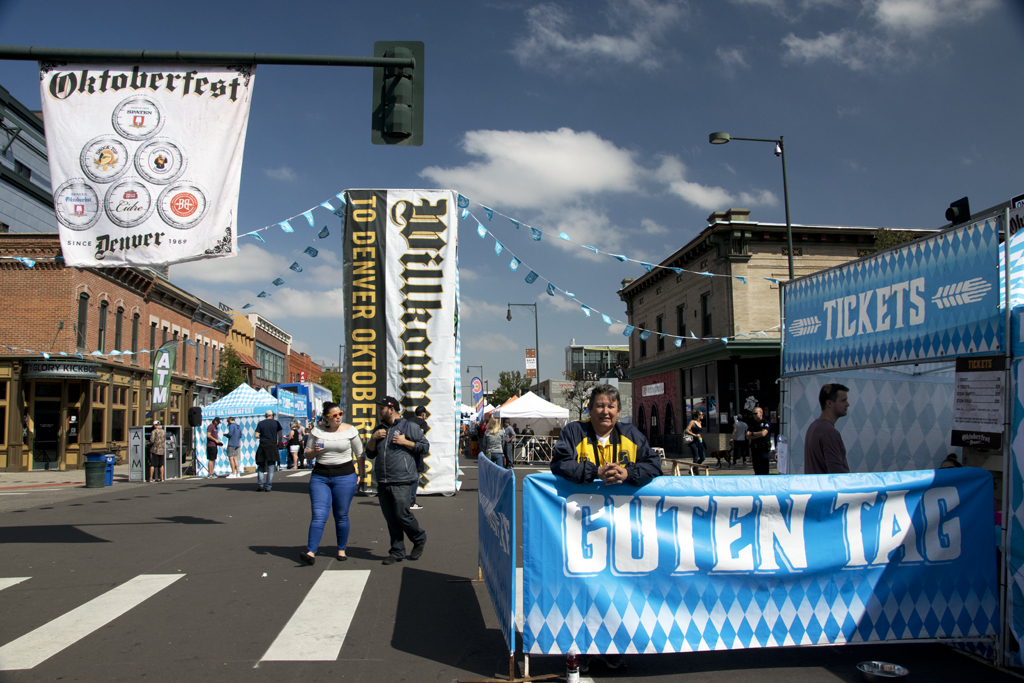 The building in the background on the corner with the tower and spire is a dive bar called Herb’s. It’s been around since the 30’s. (In researching this building, I learned you don’t want to Google “Herbs in Denver”!) 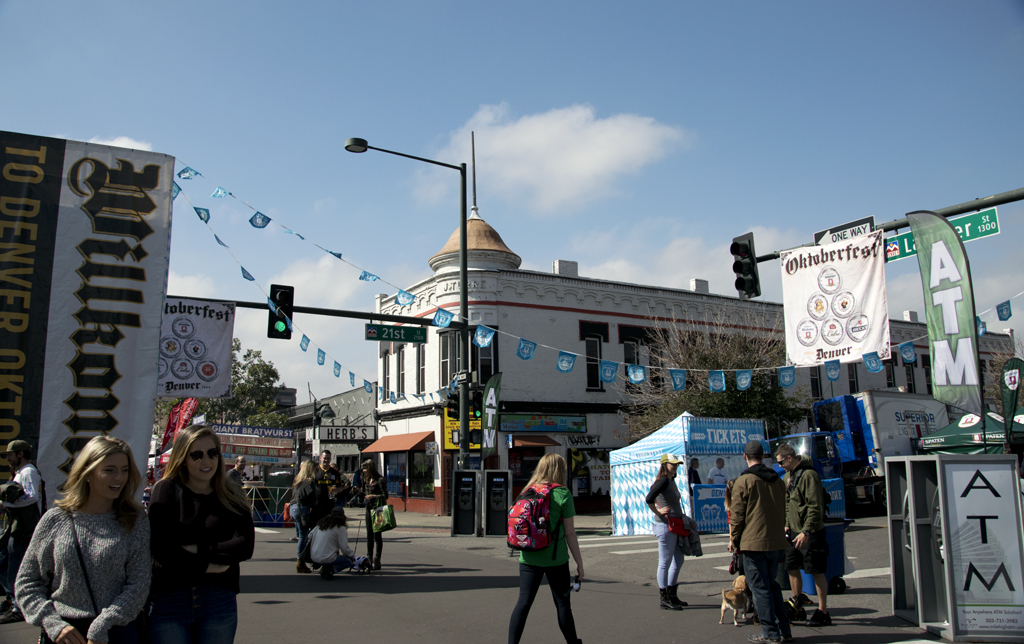 These guys had the Lederhosen right, but not the hats, shoes or socks: 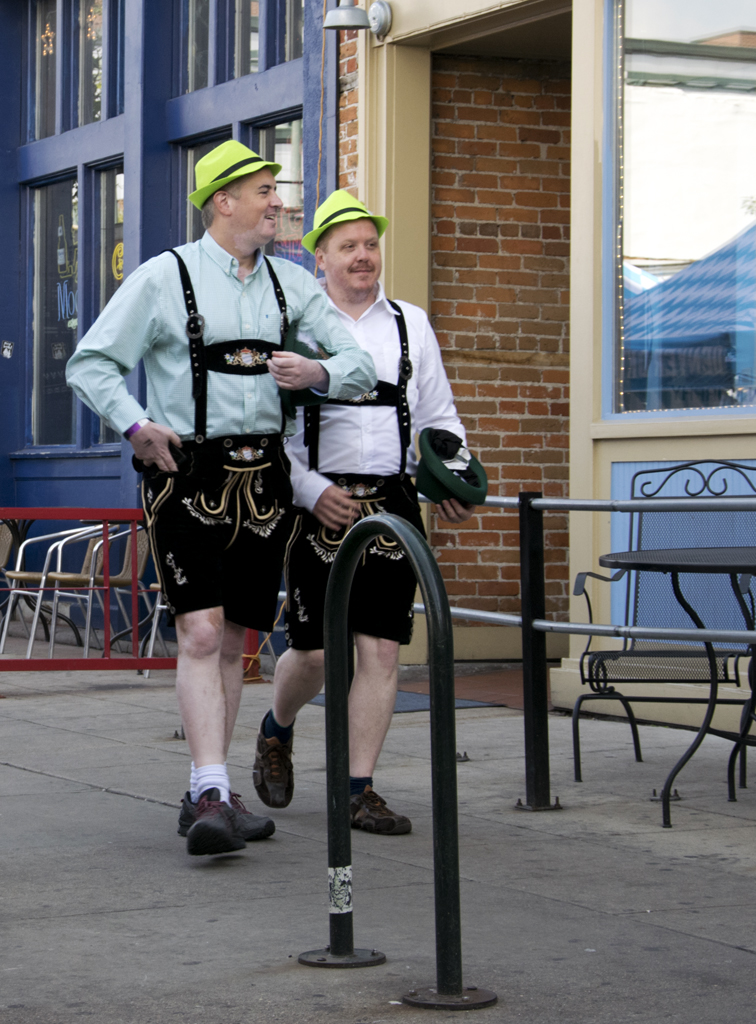 From inside the “beer tent”: 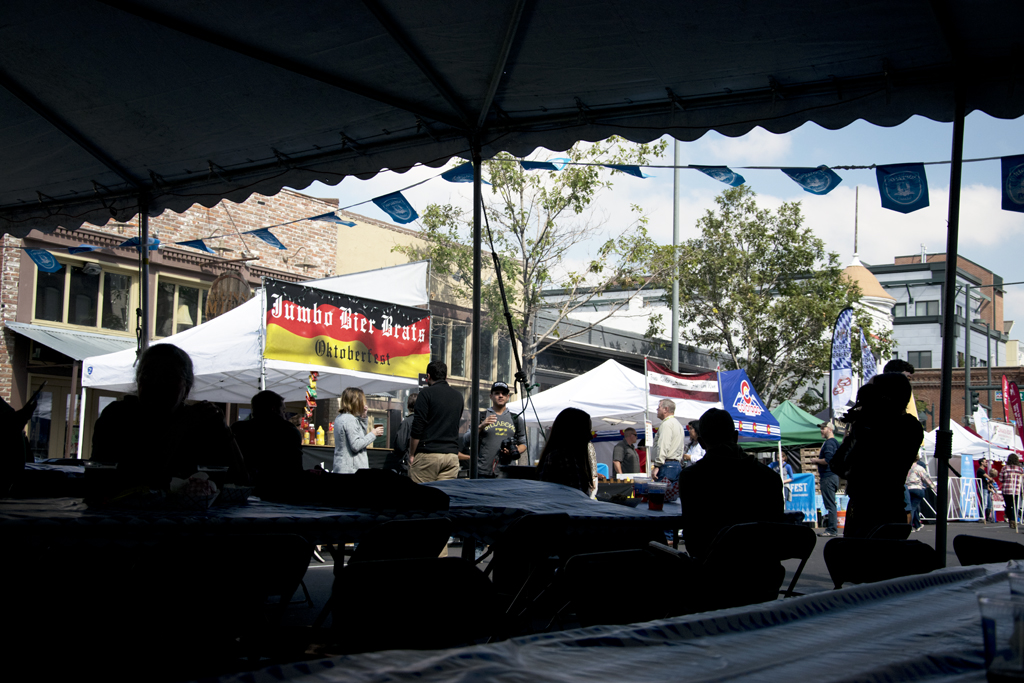 In Germany the beer tent is humongous and houses not only tables but also the beer sales counter and stage. Plus it’s enclosed on all sides. Here there were two open tents which were more like public tables to eat the sausage-centric fare available. Look for my brat on a hotdog bun with saurkraut in this gallery – it was really good! 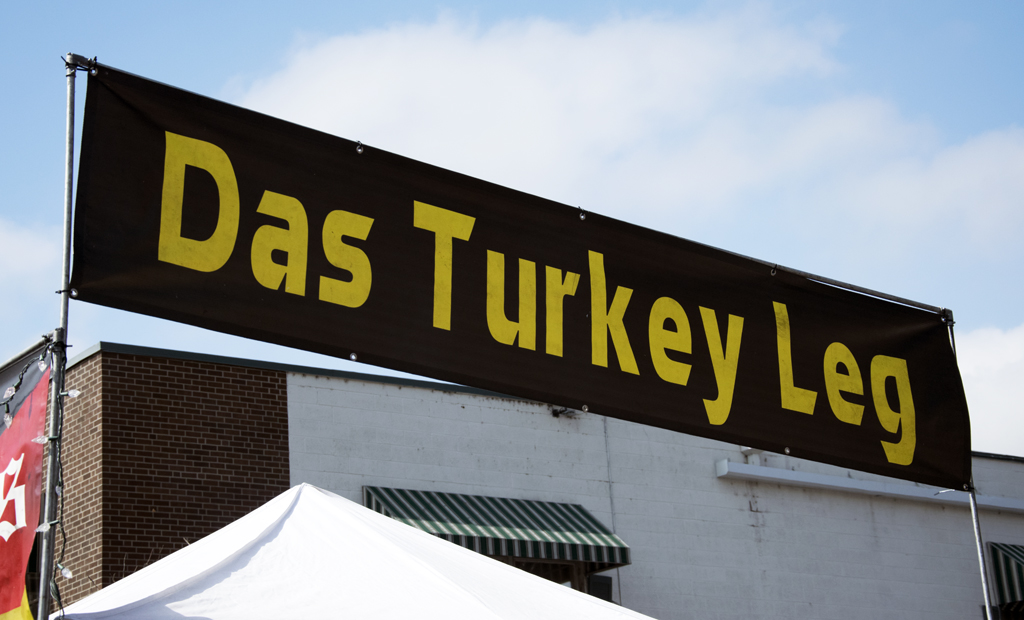 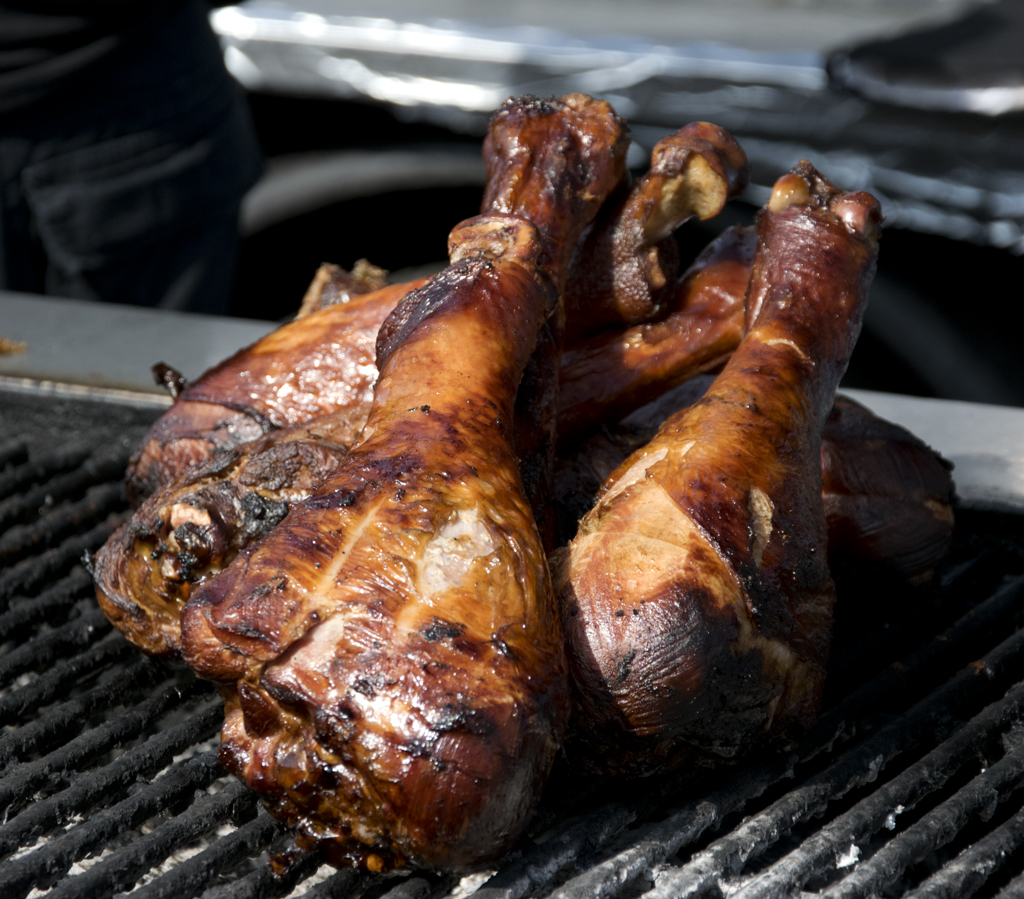 Nor will you see Rice Krispie treats: 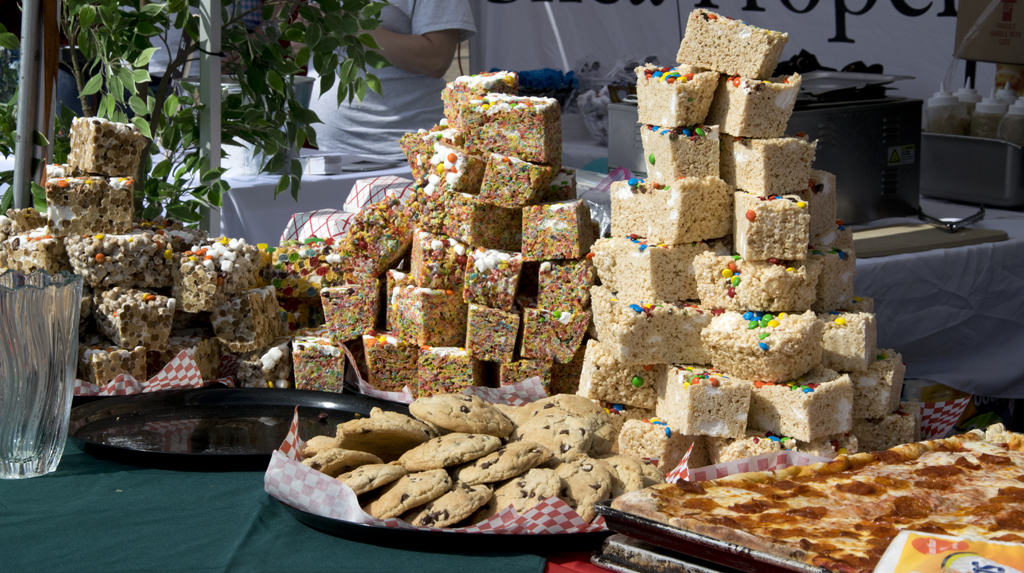 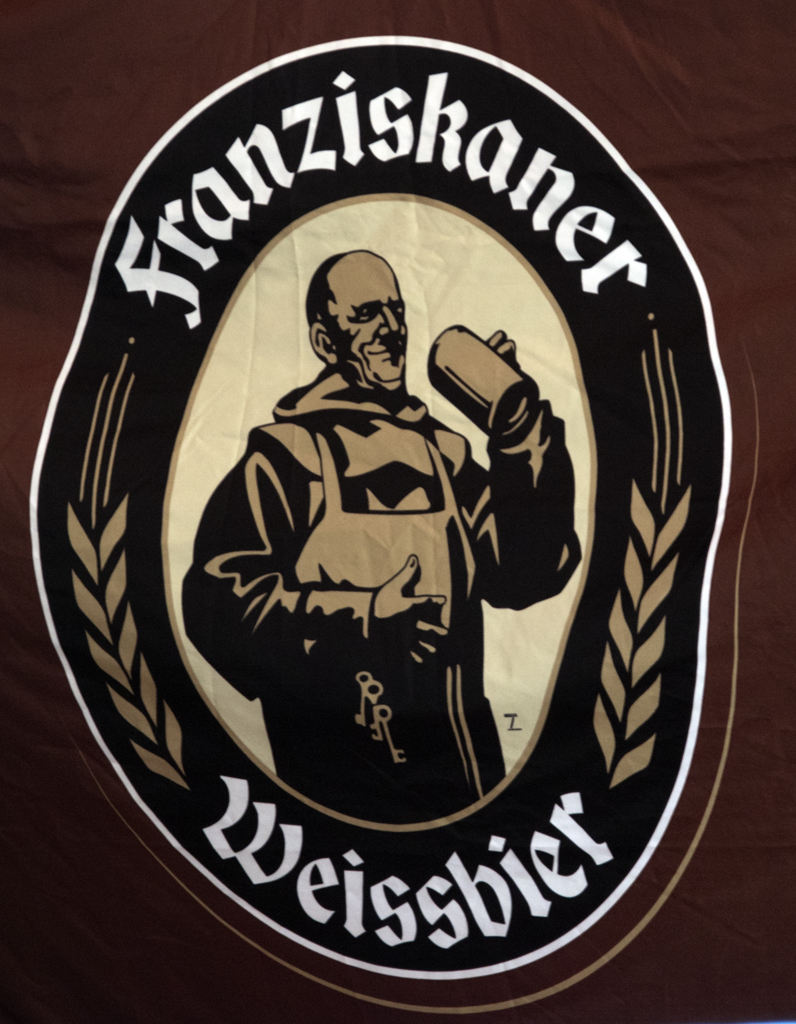 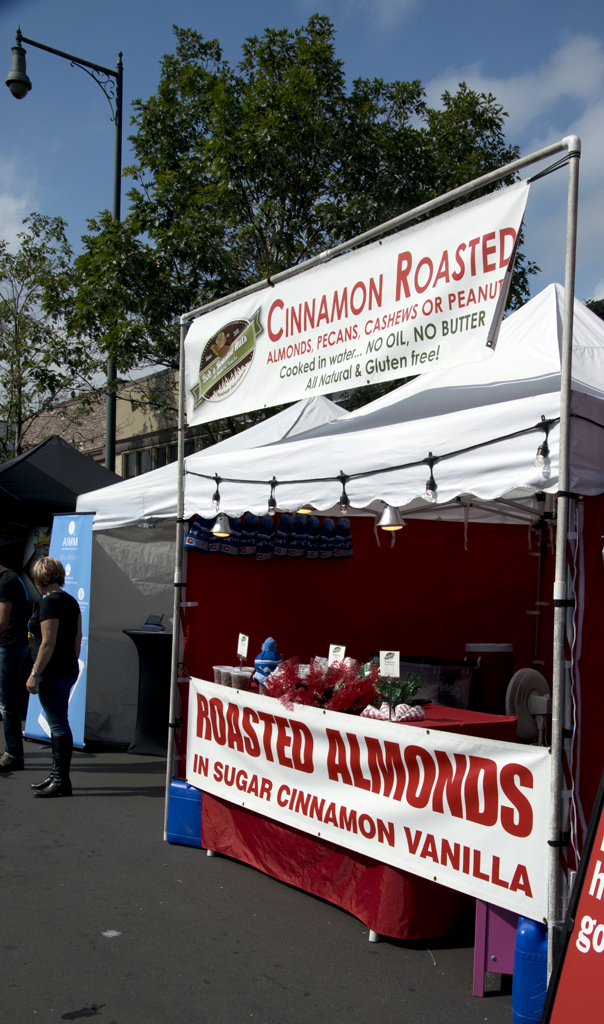 These were delicious, though not quite the same as the German ones. These had decidedly more buttery flavor, salt and vanilla, but they were just as addictive!

We interrupt this blog post for a commercial announcement! You may have noticed I’ve been monetizing the blog lately – hosting costs have just gone too high not to. So, I joined a couple of affiliate programs, including Amazon Associates. With that, if someone (you!) clicks an ad on my site and ends up buying the Amazon (or other) product, I get a little cut. I will try to keep the ad content relevant to my blog, keep the ads about things I would and do use myself, and also keep those annoying popup ads off the site. And I won’t always interrupt the text with ads, either – you’ll mainly see them on the sidebar and below the posts. For this first time, I’d like to recommend some inexpensive cooking items I’ve bought from Amazon lately and highly recommend, especially those magnetic hooks and the Kitchenaid attachment. If you click here and end up buying them, I thank you for the help in maintaining this website and blog!

I also had a pretzel – required – but it wasn’t very good, actually. A little too doughy or dry or something. But I gave them a pass because I’ve tried baking bread here and it’s hard to get right because of the altitude. Click here for my tutorial on how to make real German pretzels in sane places, like closer to sea level. 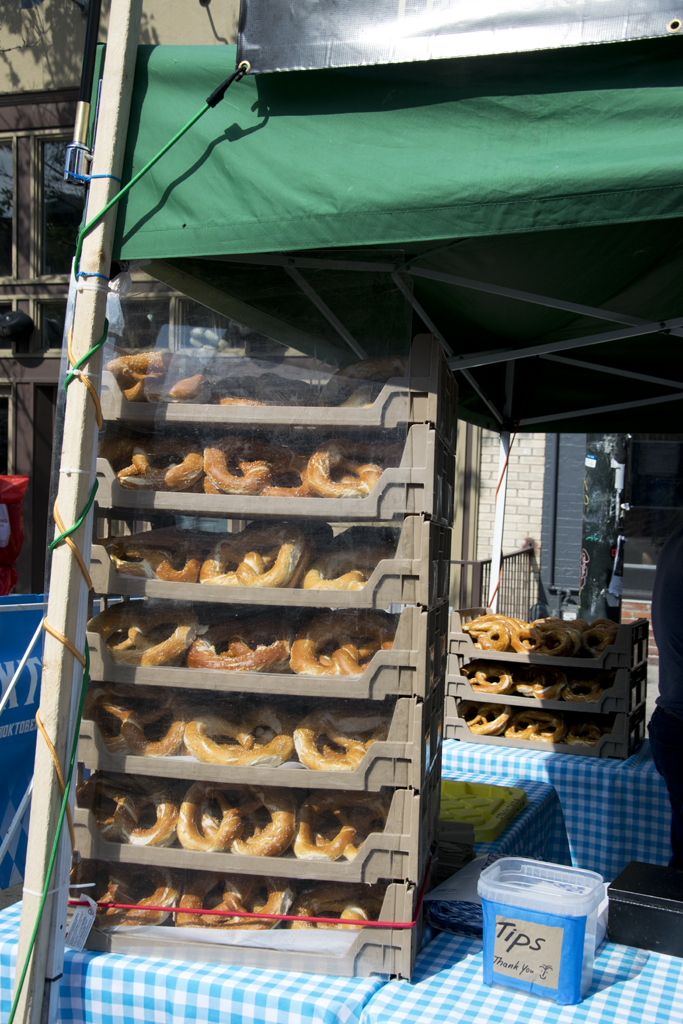 There were also games, like keg bowling (not found in Germany): 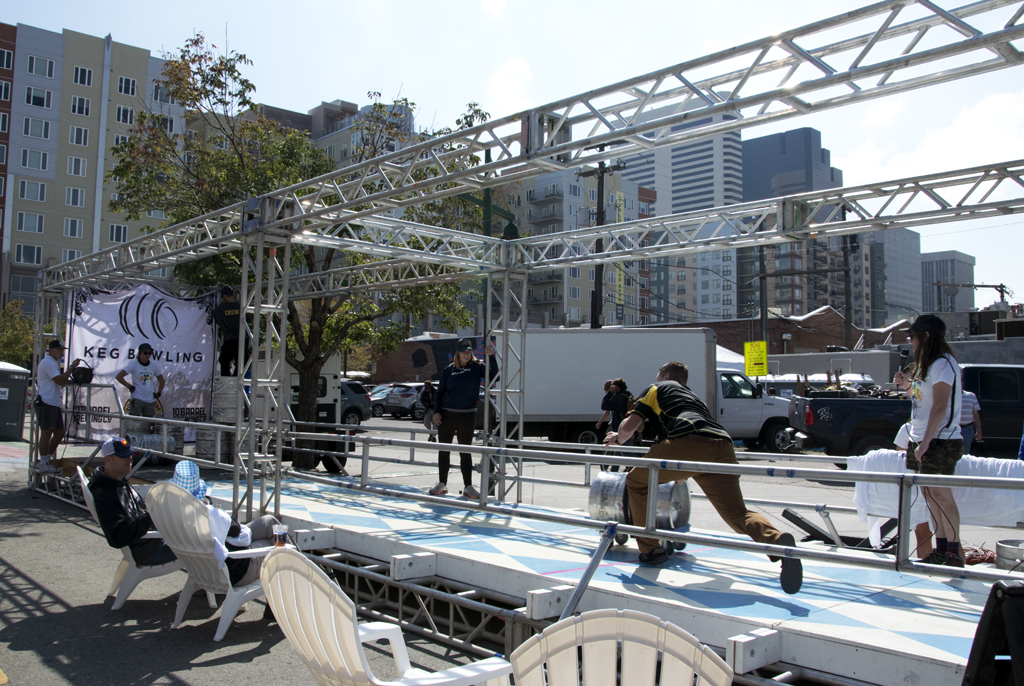 And the seemingly-ever-present-in-Colorado “cornhole”, which I grew up calling “beanbag”. I don’t know why they are so attached to this game here, but you see it everywhere! This one was an enhanced version with multiple holes and a point system. 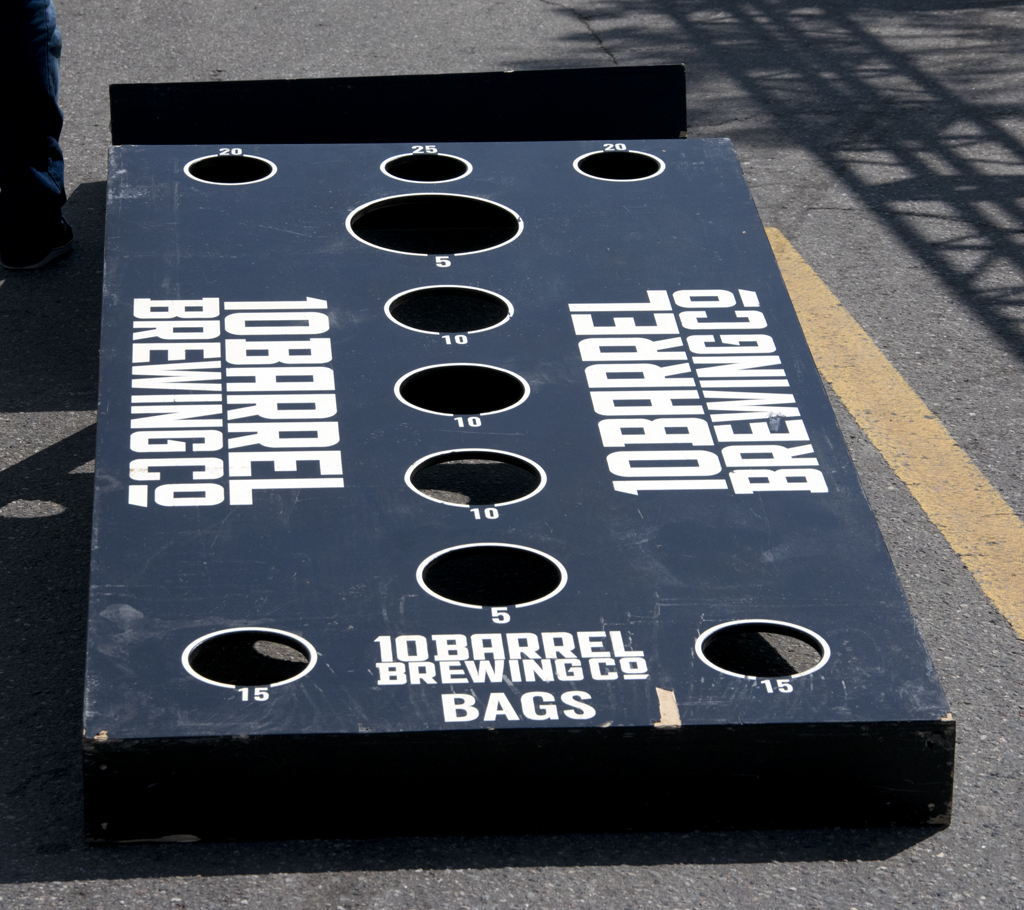 I truly enjoyed my visit to Denver’s Oktoberfest. The people were friendly, as always, the weather was fine and the food and beer were great. I’m looking forward to next year already! 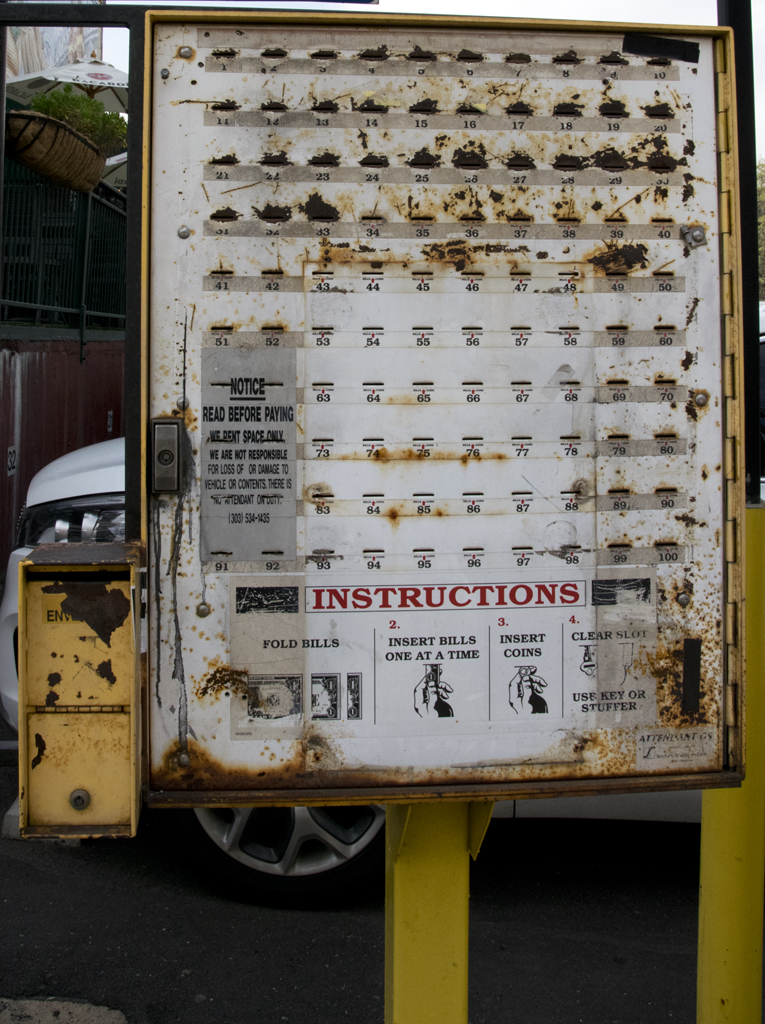