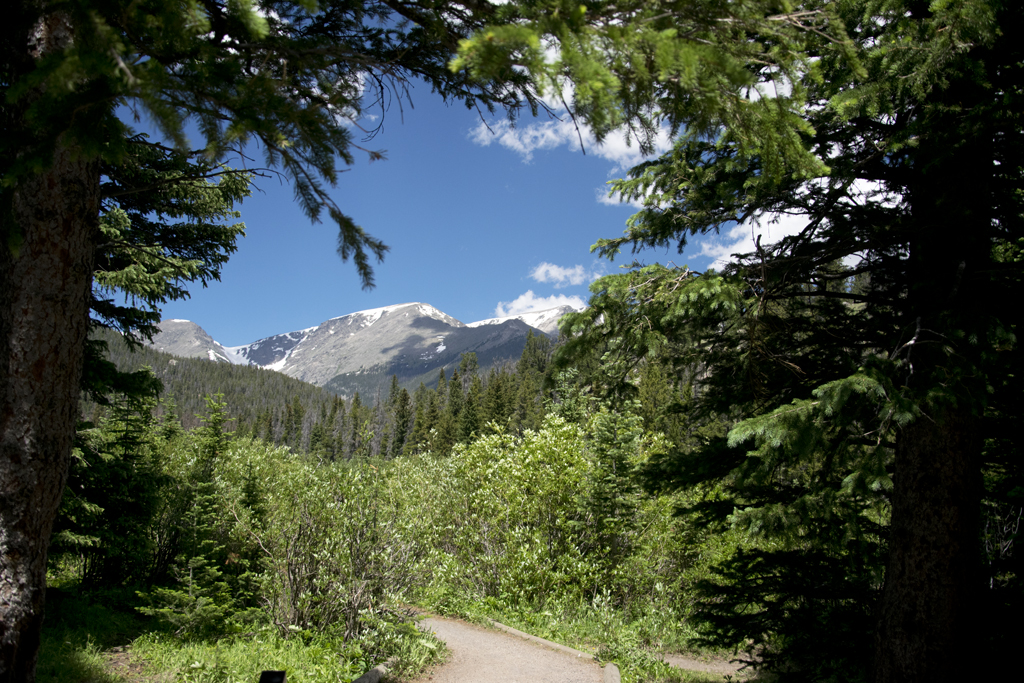 Didja see the ATFT Quarterly Newsletter this week? If not, you are probably not a subscriber. Subscribers get a free cookbook, newsletters, discounts, early notices on books and merchandise, and more, just for signing up. So subscribe already!!!

Well, best-laid plans and all that – I told you last week all about the trip to Rock Creek Farm to pick pumpkins. Then I promised you pictures of said pumpkins after they were carved. Here ya go:

First one’s mine (note the theme – it’s a common one with me!), and the second one’s my husband’s. Note these photos were taken on the first day. That evening we set them outside with LED flicker candles in them, feeling pretty good about being in the Halloween spirit and everything. 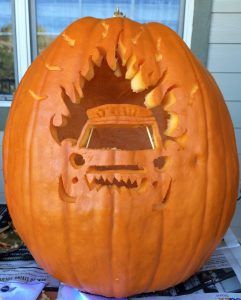 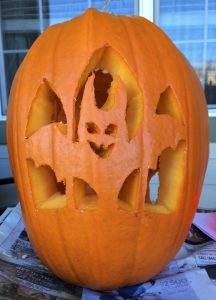 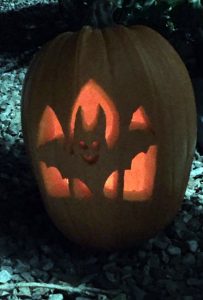 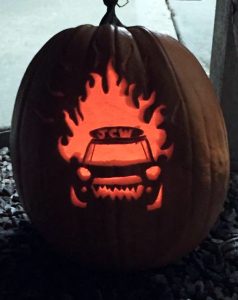 Next day I found I had to shore up the middle of my design with some toothpicks – I hadn’t taken the extremely dry Colorado climate into account, and the pumpkin was a little shriveled and teetering on the brink of caving in.

Well, the gourds sorta made it through Night Number 2, but the next morning mine looked even worse. The clincher was when we came home in the afternoon and found our resident squirrel had taken a few chunks out of one of the pumpkins! Guess he didn’t like the taste, though. 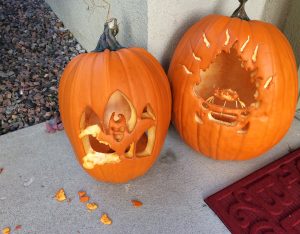 And that’s why both jack-o-lanterns are now residing in the dumpster after only three days! Oh well, it was still super truckloads of fun picking and carving them. Next time I’ll try one of those artsy-fartsy craft methods of painting them or some lame thing. Anyway…

This week I want to show you some pictures I took back in June of a trip to Rocky Mountain National Park (RMNP). I took my friend Rita there when she visited from Florida. It takes about an hour and a half to drive to the Park from our place, but we actually took longer than that because we stopped a few places along the way.

We drove through tiny Estes Park on the way, which is just outside the Park’s boundaries. Some of you might know Estes Park because of the Stanley Hotel, which is where Stephen King was staying when he got the idea for The Shining. But that’s another post for the future. It IS coming, though.

We drove past the hotel and took the Fall River Entrance, stopping at the Fall River Visitor Center just after paying our $20 daypass fee. That’s the fee for one car; it’s $10 per person or $20 per car per day. You can also buy motorcycle daypasses, 7-day passes, annual passes and so on. Check their website for details.

After the Visitor Center, we stopped alongside Trail Ridge Road. Following a short boardwalk, I got these stunning photos: 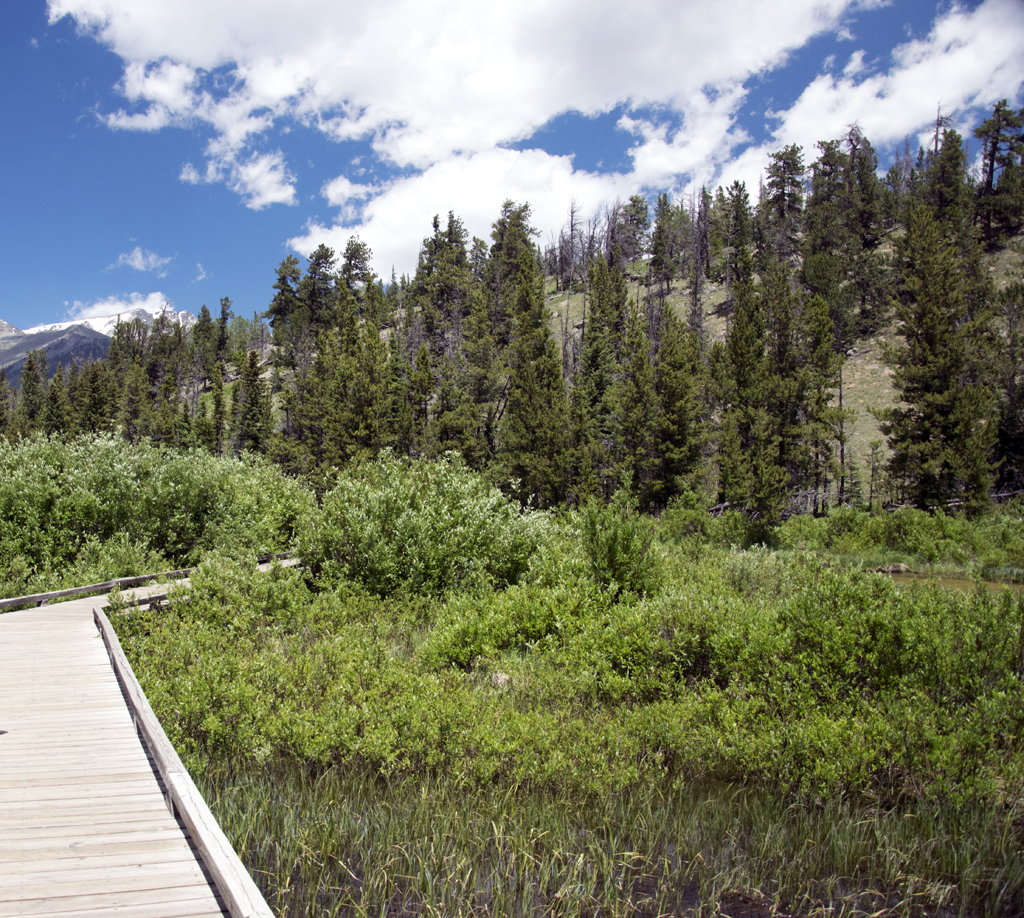 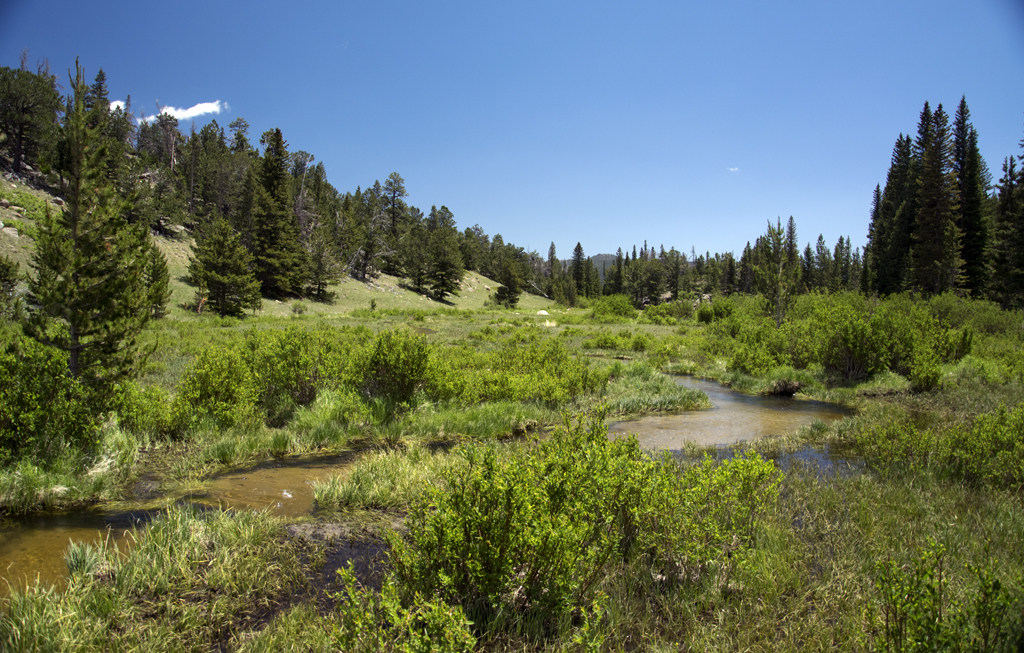 And, of course, I can’t resist a nature portrait! 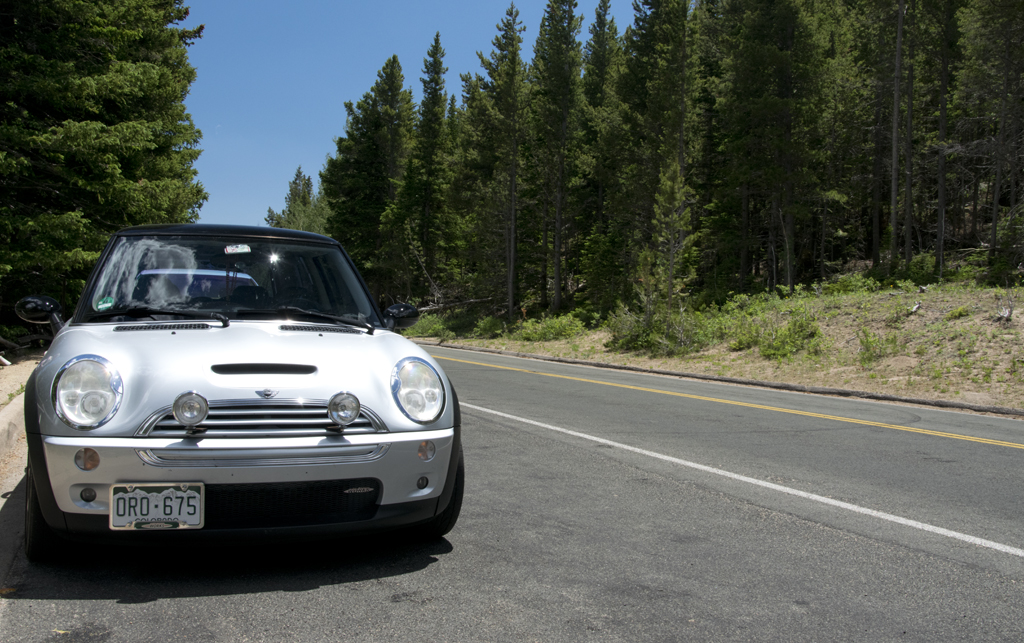 Next we stopped at a place called Hidden Valley, which housed the Junior Ranger Program center, and which also had bathrooms, which is why we stopped! FYI, the Hidden Valley of salad dressing fame is in California, so this is a different one. It just so happens I was researching that salad dressing for my upcoming A Travel for Taste: AppSnax book (it really is coming SOON!), and I ran across the information.

At the Junior Ranger Station, many people were taking advantage of not only the facilities, but also the beautiful surroundings. I shot this photo of a small waterfall in a nearby stream: 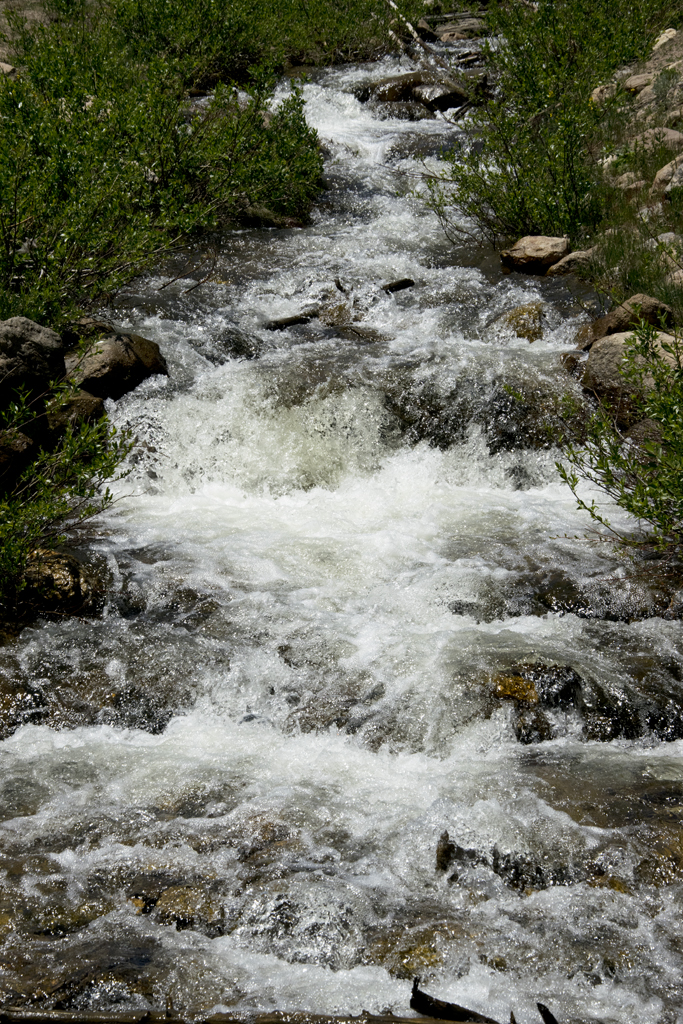 Turns out that this stream used to be “buried underground” for decades. There is a program to return Hidden Valley, which was a ski area until fairly recently, to its natural state. It’s ongoing, but it looks good so far!

We continued following Trail Ridge Road (“highest contiguous highway in the USA” – over 12,000 feet at its highest point). Our next stop was Many Parks Curve Overlook. It was busy and crowded, but very much worth the stop. 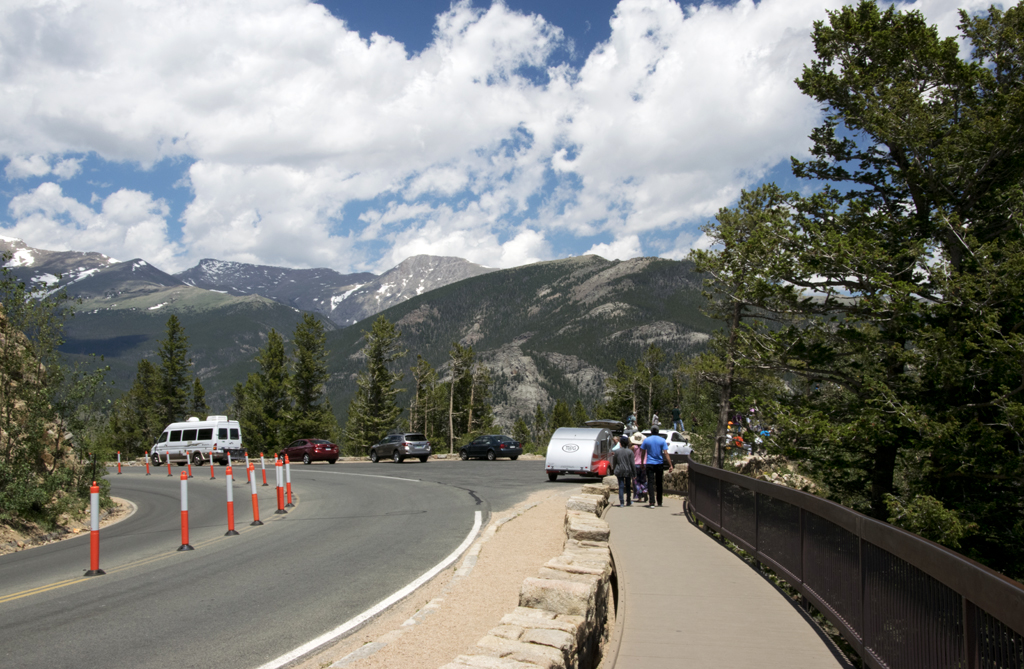 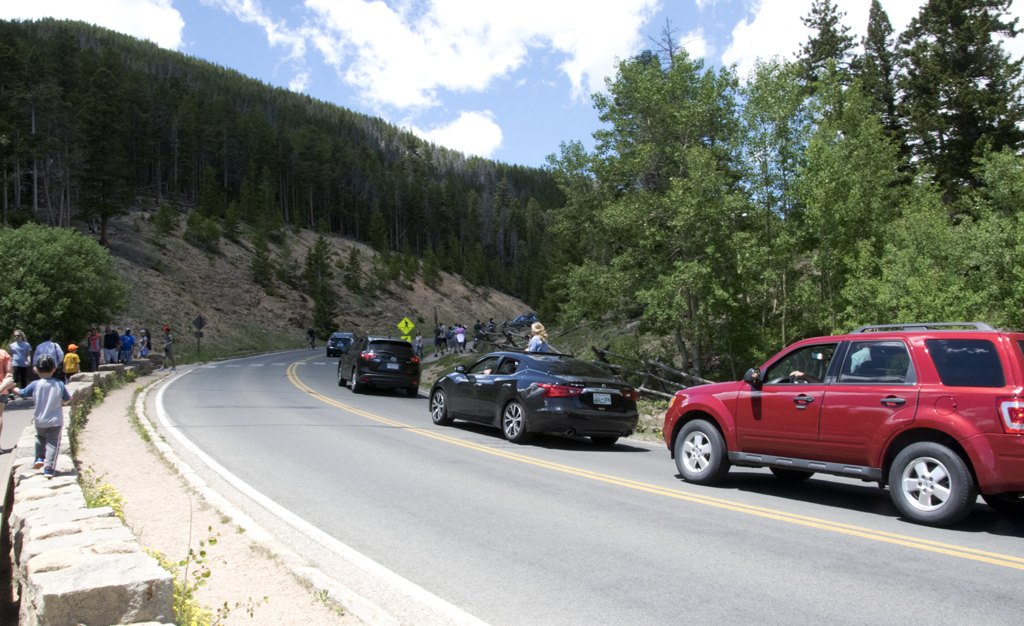 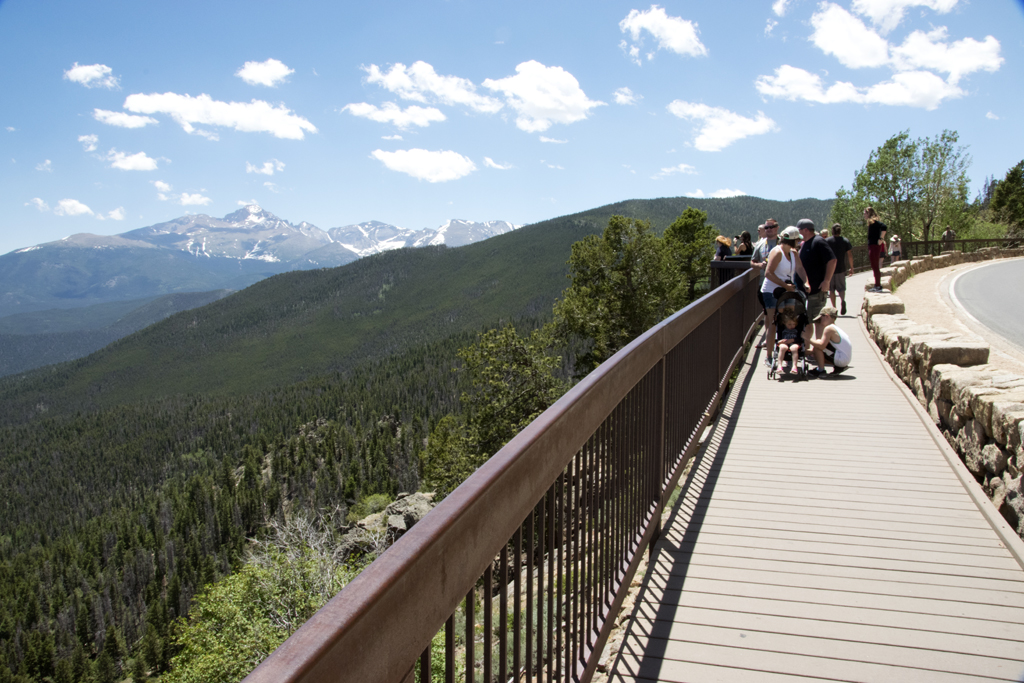 Signs there explained that it’s called Many Parks because, in the panoramic view, you can see maybe five separate areas, which were called “parks” in the past. Here are at least two, I’m sure: 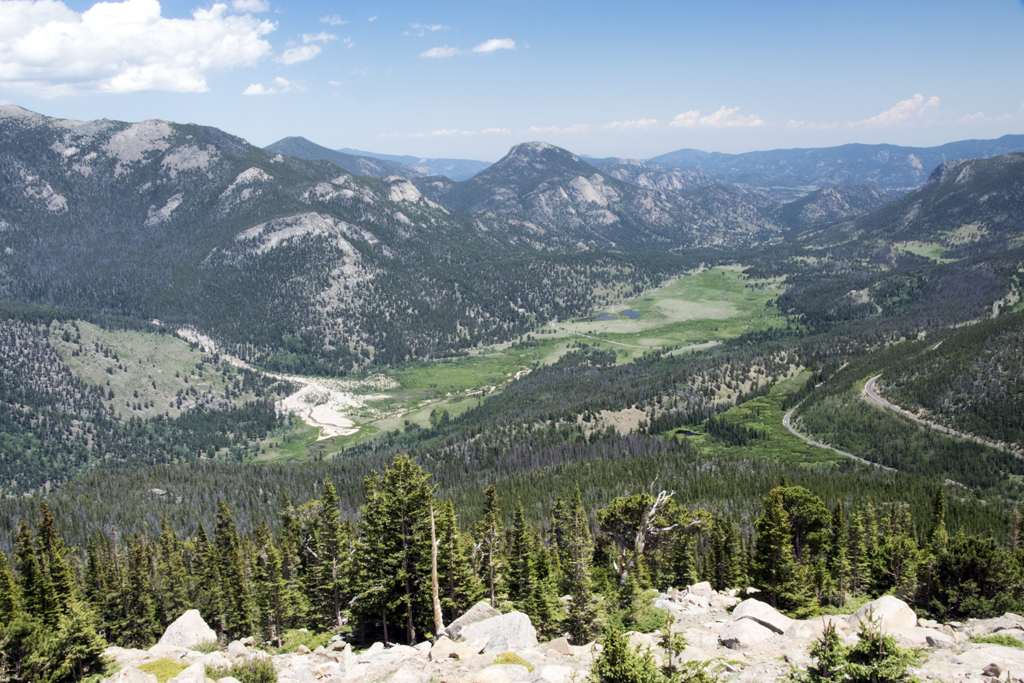 Our last stop was Rainbow Curve Overlook. We didn’t see any rainbows, but I don’t think anyone missed them! 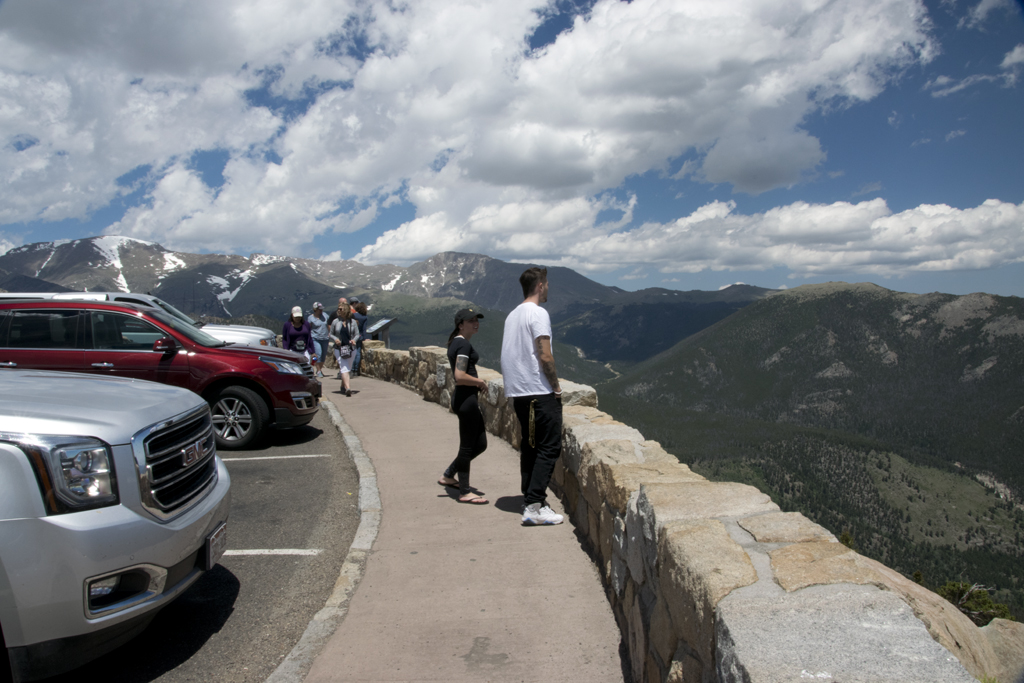 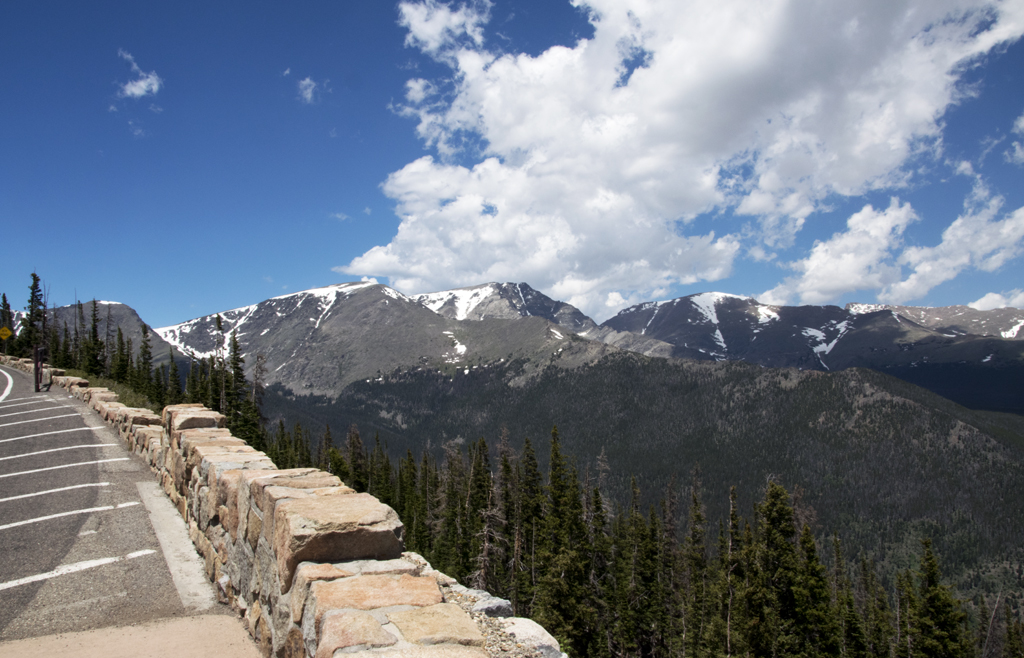 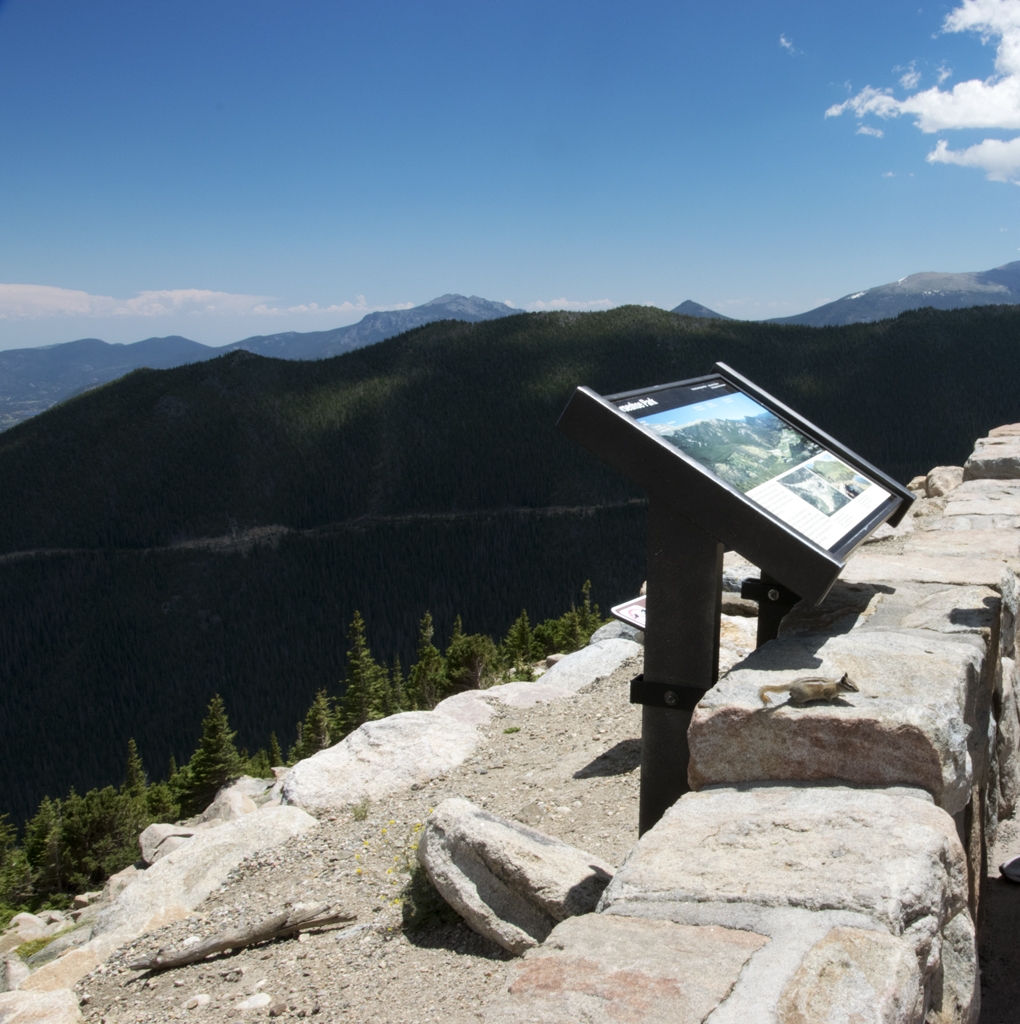 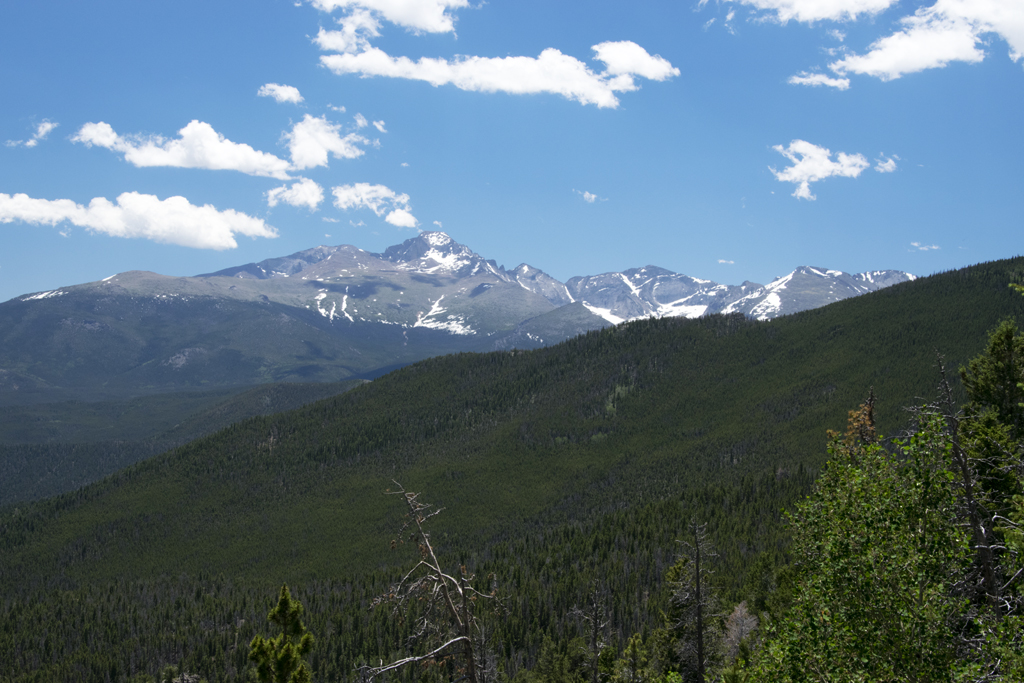 It was getting very warm up there next to the sun, and we were ready for lunch, so we turned and backtracked our way out the Beaver Meadows gate. Usually you can see hundreds of elk in herds strolling and grazing through the park. However, we didn’t see any that day, except for the sculpture in the visitor center. Oh well, next time.

I love it in the Park! It’s so amazingly beautiful up there! I know I haven’t even scratched the surface of it, but I’m eager to see more in the future. Here are a few more fun facts about RMNP:

I’m sure you’ll see many more posts about these wonderful mountains and the Park that preserves them! 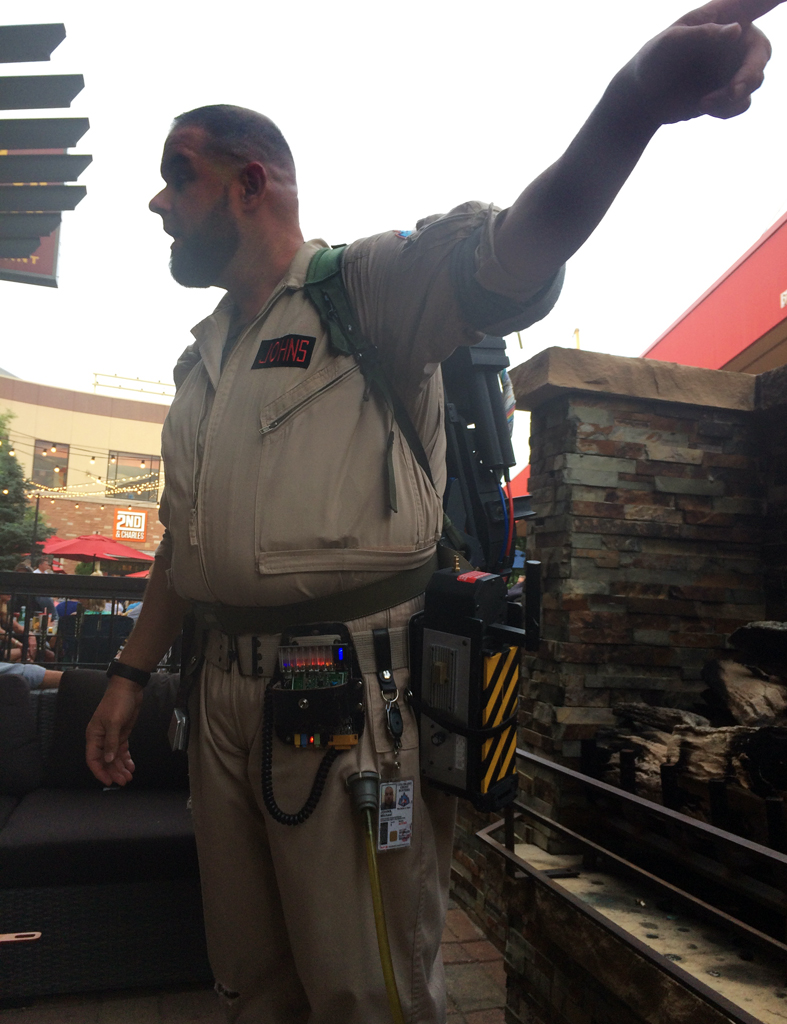