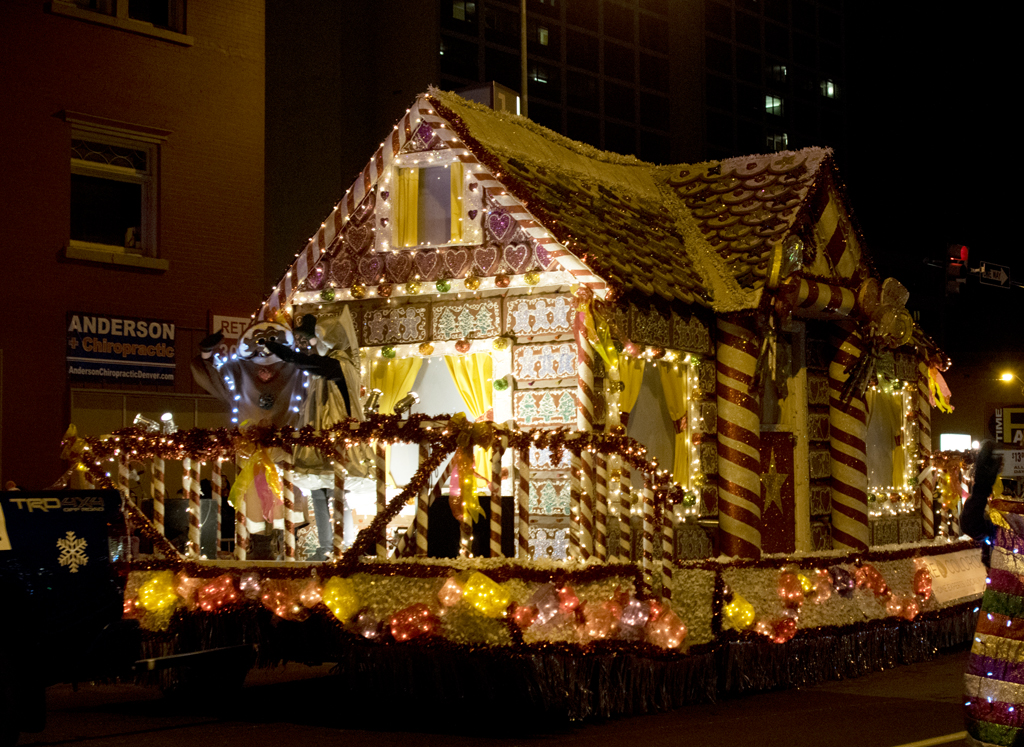 Please buy my books! It helps me bring you this free weekly blog. Thanks and happy holidays!

Last Friday night I went into Denver to see what they had in the way of a Christmas market and to watch the annual holiday Parade of Lights (read, Christmas parade). I was NOT disappointed on either count. Next week I’ll post pictures of the market, but this week I bring you the parade. It was sizeable and very enjoyable.

Because my Nikon recently took a spill and my best lens is in for repairs right now, I had to use an older lens which requires me to manually focus it. Add to that the low lighting on the street for the parade and the result is not the best photos I’ve ever taken. But I think they are good enough to get the idea.

The annual parade is produced by the Downtown Denver Partnership. It started out with Major Waddles, the penguin mascot, who, I read, is a fairly new mascot for the parade: 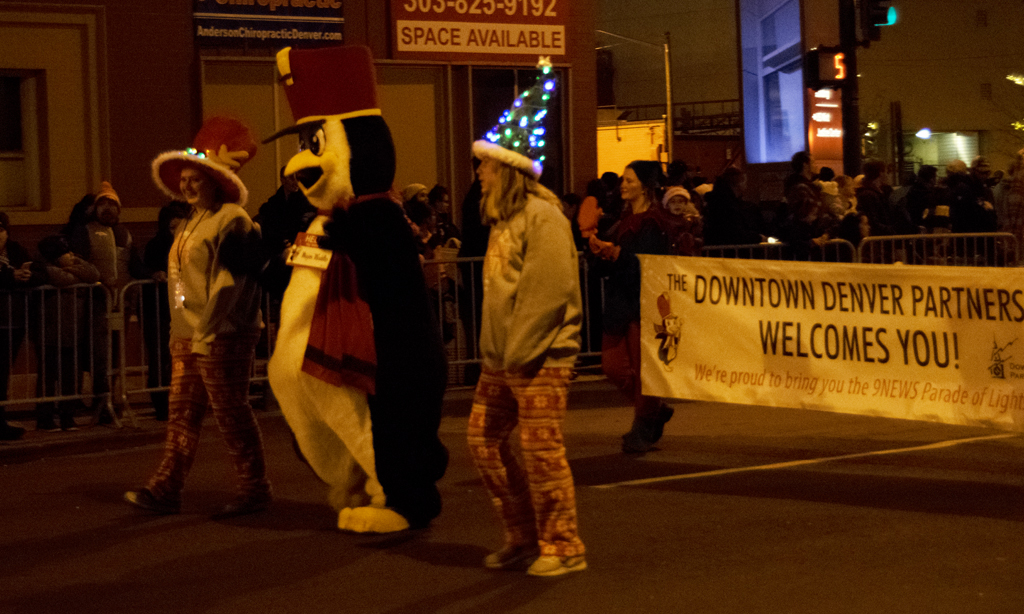 You’ll notice it wasn’t really that cold – around 45 degrees. Very mild and a full moon, great parade viewing in Colorado!

I’ve put together this gallery – pay attention to the captions. I’ve dug up the information about the groups in the pictures and put it there:

Everyone around me agreed they were going to get an adult Big Wheel for Christmas. Shriners had nothing on these guys!

Did you see the people juggling actual fire??? I could smell the fuel from where I was standing. And the Clydesdales were decked out in the most beautiful leather and jingly silver. Wow.

Oh, and you know I loves me some lowriders! There were five in the parade (from the Unified Lowriders of Colorado). Here’s a sample gif I made:

There was a lot more to the parade, but this should give you an idea of how great it was. It ran again the next night, which is nice that people can have a choice of when to see it. Also, the route was pretty long, so I think it wasn’t too crowded for the spectators.

Of course, it ended with everybody’s favorite person this time of year:

BTW, he looked right at me and blew me a kiss! I think it means good things are coming on December 25!

Happy Holidays! Join me next week for the Christmas market photos! 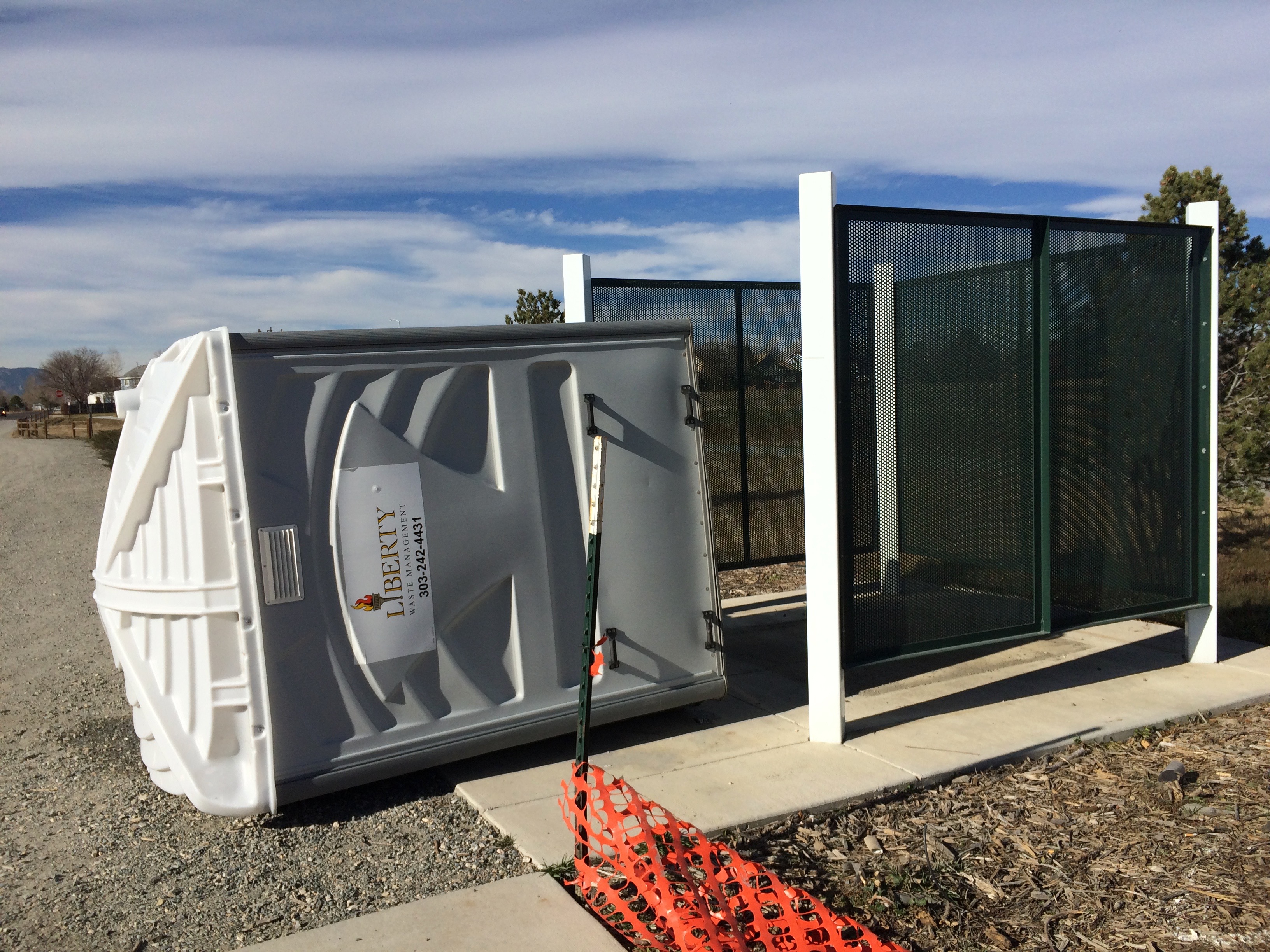