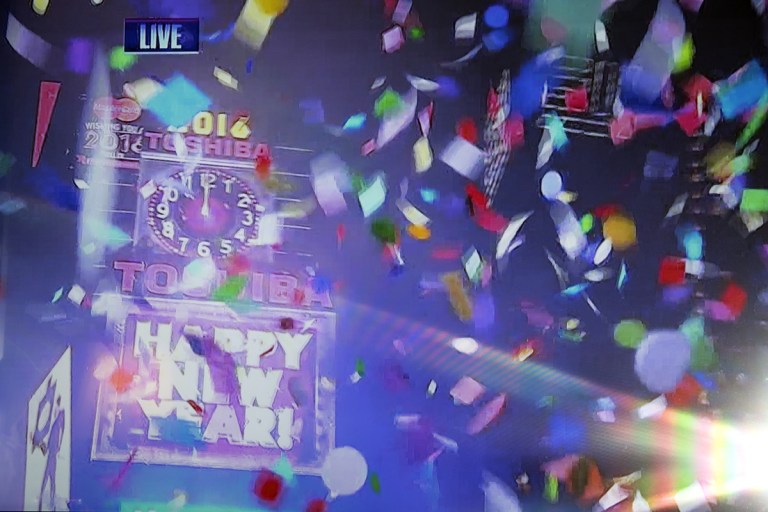 I’m pleased to announce the publication of my latest English-learning workbook! It’s Slow American English Workbook Volume 3. Buy it on Amazon, either in print or Kindle version. It contains all the transcripts and exercises (plus answers) from my Slow American English podcast for 2017. It’s only $10 and is a great self-study aid or classroom text. Please pass this information along to anyone who is teaching or learning English as a Second Language (ESL).

I am trusting that all of you had a good Christmas/holiday season. I certainly did, and my first year in Colorado did not disappoint – it was a beautiful white Christmas, too! 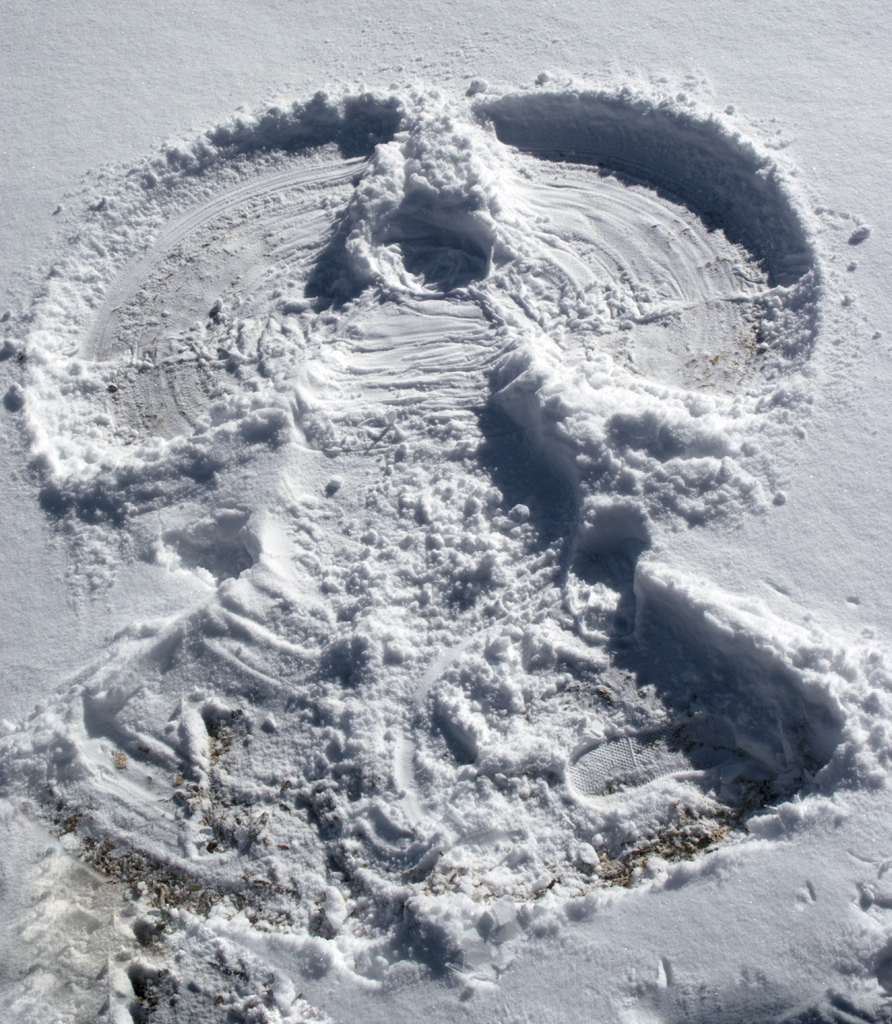 Yes, I made that snow angel!

This week I just want to wish you all a very happy new year for 2018. I know it’s been a very tough 2017 for some and I hope the next 365 brings better things. I know I’m looking forward to it!

There are many New Year’s traditions around the world, of course, but I wanted to bring you two European traditions that I’ve personally experienced.

Christmas and New Year’s in the Czech Republic

First, the Czech Republic. In 2005 I spent a glorious few months, first in Prague getting my ESL cert then in Liberec teaching English. What a ride! It still has a huge impact on me and my outlook. As a result of my living there and all the dealings with my adventurous Czech friends since, I wrote a small cookbook with Czech recipes, A Travel for Taste: Collected Czech Family Recipes. It was my first foray into cookbook writing and it’s still available on Amazon.

In fact, I am including the tasty apple strudel recipe from the book at the end of this post. If you make it, leave me a comment and/or picture and let me know how it turned out for you. I can guarantee it’s a great recipe. There is also a recipe in the book for another holiday food called Chlebíčky, which is simply open-faced, appetizer-like baguette slices topped with pate’, cheese, olives, etc. I even give you the pate’ recipe!

Speaking of Czech food, the traditional Christmas dinner there is fried carp and potato salad. Yeah, doesn’t sound too great to me, either, but there you are. I remember seeing large tanks of live carp in the supermarkets in Liberec in December. It’s also part of the tradition to take the live carp home and keep it in the bathtub for a few days before Christmas. Now, THAT is the weird part! Remind me to tell you the story of Bob the Carp some time. He was named Bob because of the sound he made coming to the surface in the bathtub and making a popping sound with his fish mouth. And that’s not even the funniest part of the story!

Anyway, aside from fish and potatoes, Czechs create beautifully sculpted cookies for the holidays. The most beautiful ones I ever saw were tiny beehive cookies made by one of my students. They also have Svařák, a variation on the German Glühwein (hot, spiced mulled wine) I gave you the recipe for in last week’s post.

New Year’s Eve is called Silvestr in CZ and it’s somewhat similar to what Americans know: drunken parties, fireworks, etc. But an unusual New Year’s tradition I’ve seen in CZ is the holiday cards. Each year about this time I get wonderfully creative cards, either printed or emailed, from my Czech friends. Most of them are great photographers, so that accounts for the pictures. I guess you can also buy them. The unusual part is the notation of “PF 2018” on each one.

The PF stands for the French or Latin phrase pour feliciter, which translates literally as “for success” or “for happiness”. Basically it’s the same as saying “Season’s greetings” or “Merry Christmas and Happy New Year”.

The history of this PF business is a little foggy. Some sources I’ve found say quite authoritatively that the Czech upper class used French in court where it originated, and others throw a little shade on that idea. Whatever the history, this time of year I love getting the cards or emails from my Czech friends with their wonderful photos wishing me success in the coming year.

New Year’s Eve in Germany is also called Silvester in German. Both the German and Czech names for New Year’s Eve come from the name of Pope Silvester I (314 to 335 AD), who was later canonized. December 31 is his saint’s day in the Catholic Church.

Germany also celebrates similarly to the US in that they have big parties and are very heavy on the fireworks. Look up videos some time of Cologne’s New Year’s fireworks display. It’s really over the top!

In the tiny village of Weipelsdorf where I witnessed my first German Silvester, I remember the residents coming outside on that cold, cold, clear night at midnight. Someone had brought a trumpet and was playing beautiful, clear, sweet notes in the street. Everyone came out, shook hands, wished each other Frohes Neues Jahr and drank Schnapps toasts.

My favorite way to say Happy New Year in German is their traditional phrase, Guten Rutsch! Pronounced somewhat like “gooten rootch” it literally translates as “good slide”. If you have a good slide into the new year, I guess that means you have a good start. Either that, or you’ve slipped on the ice after that Schnapps toast!

I’m fascinated by another German New Year’s Eve tradition, and that is watching a British comedy skit on TV called “Dinner for One“. It’s hilarious and contains the oft-repeated line, “Same procedure as last year.” Most Germans say this line from time to time, even if they don’t speak much English. It’s because of this show. I’m not sure why it’s such a big deal to Germans, but you owe it to yourself to watch this skit.

While you’re at it, check out my previous post on the traditional New Year’s dish, raclette, which is a melted cheese that is poured over veggies as a communal-type dish (think fondue) at dinner parties in peoples’ homes. I’ll be doing that again this year because Cheese Importers carries the raclette cheese. I’ve also seen it at Whole Foods and even the local Kroger.

Anyway, here’s the strudel recipe, which comes from CZ but is also quite German in nature:

Finally, with all my heart to all you readers (“same procedure as last year”), PF 2018 and Guten Rutsch! 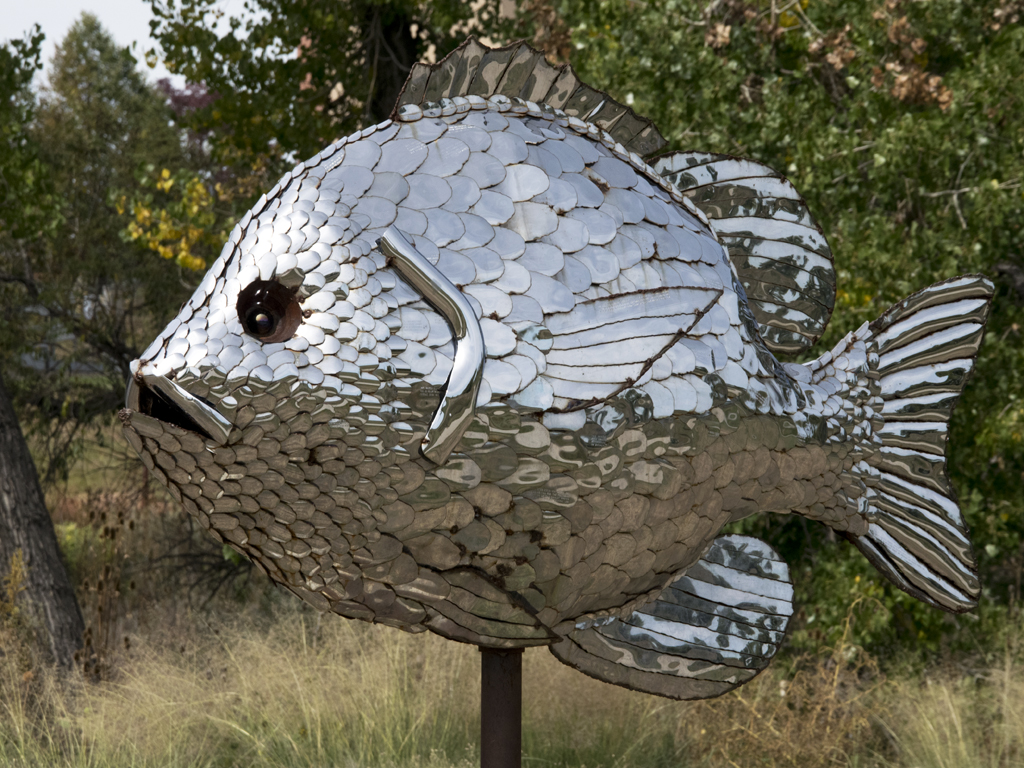