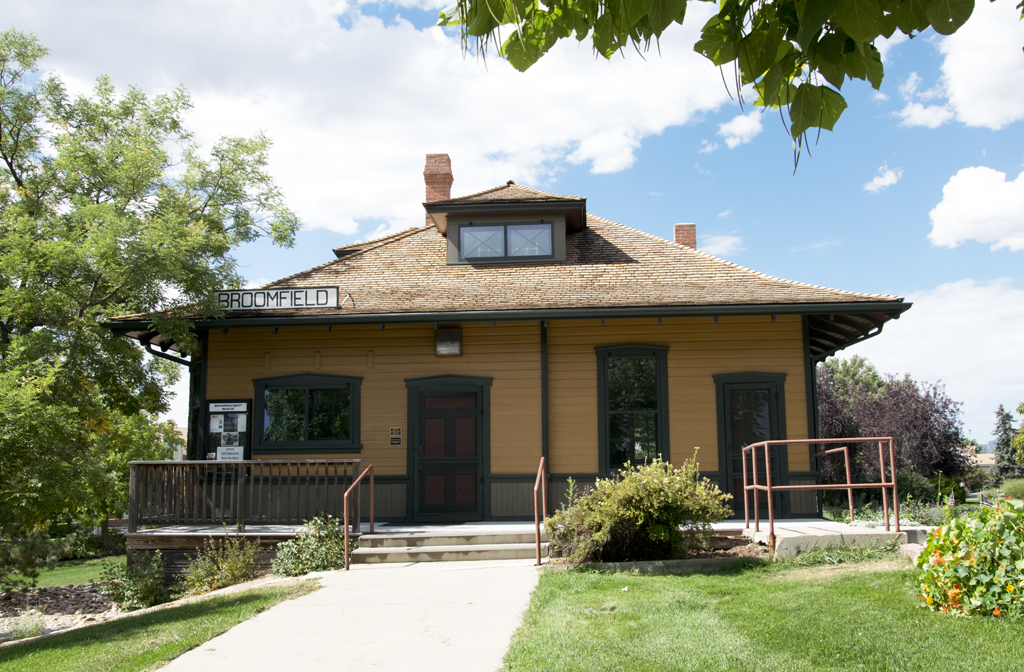 This week I’m posting pictures of the Broomfield Depot Museum, like so:

Broomfield is the town I live in here in Colorado. You could consider it a suburb of Denver, though it has its own thing going on. It’s just north of the city and was founded in 1877, but not incorporated til 1961. It occupies about 34 square miles and the population is around 55,000. Small town with access to the city.

This museum used to be the actual train depot, built in 1909 when Broomfield had only 160 residents. However, it’s been moved from its original location and has undergone a thorough and loving restoration. I believe the powers behind the museum are also focusing on Broomfield’s history, in addition to the train depot itself. The grounds are smallish, but so is the museum. In front are some well-weathered antiques: 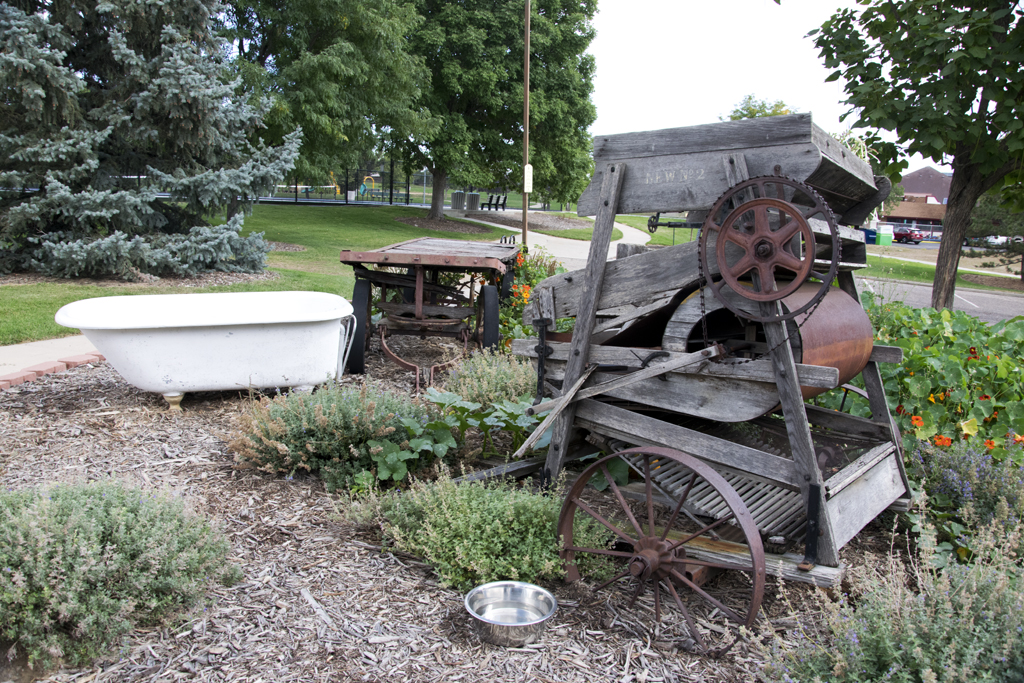 What is the machine in the right foreground? Anyone? There are also a couple of buildings from an apiary (beekeeper’s): 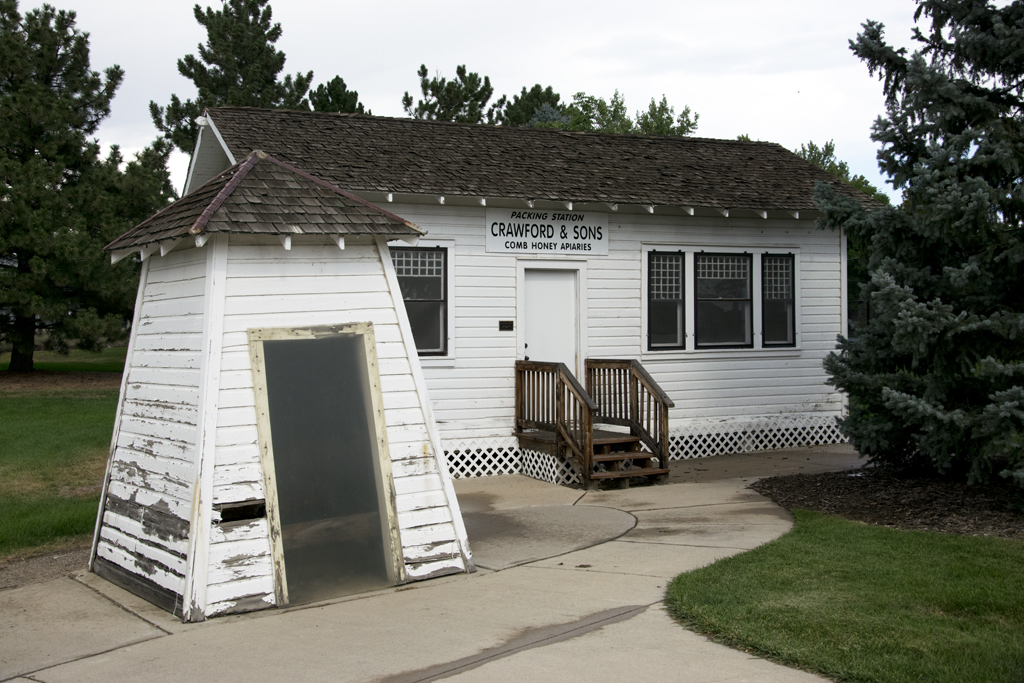 Since the museum wasn’t open when I was there, I had to take interior shots through a window: 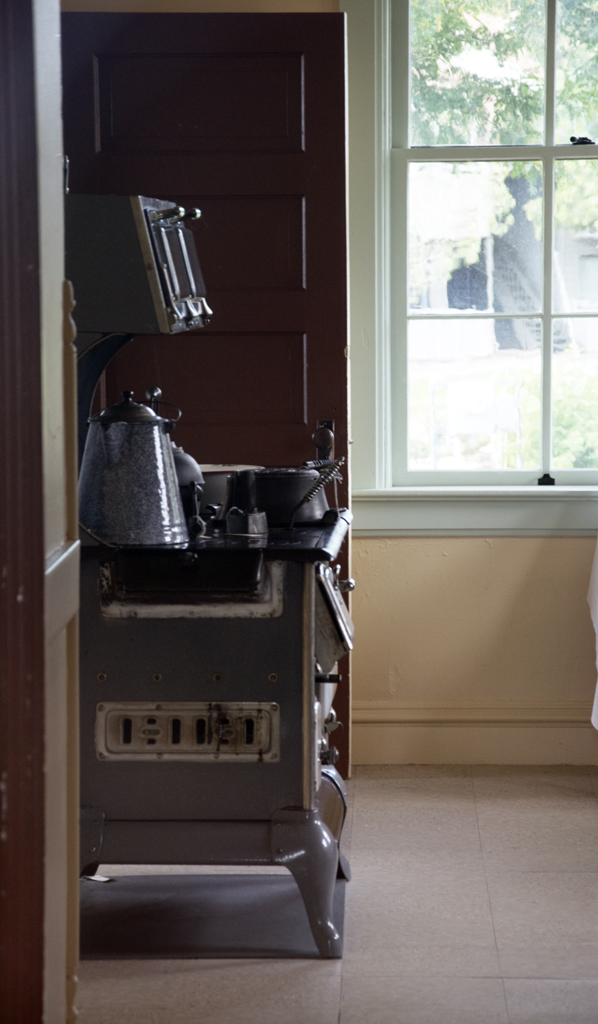 To be honest, the real reason I went to the museum was not to tour the inside. It was because of a dog!

Backstory: Running through Broomfield is US Highway 36, which takes motorists east/west from the Rocky Mountain National Park to the Kansas state line. US 36 used to be a toll road back in the day, known as the Denver-Boulder Turnpike. It opened in 1952. Toll booths were set up to pay for the road. And they actually converted it to a freeway without tolls in 1967 when the road was paid for.

You need to know that because of Shep. Shep was a stray dog that wandered up to the toll booths at some point and was taken in and cared for by the attendants. He was so popular and beloved that drivers would bring him food and treats and give a little extra when they paid their tolls for Shep’s care. Even vacationers would stop at the toll booths to see Shep when they returned each year. And a local vet provided his medical care for free.

Well, none of us lives forever, and it was the same with ole Shep. They had to say goodbye to their furry friend in 1964. The highway superintendent personally dug the grave for Shep near the toll booths. I like to think he had a tear in his eye as he workd.

Gone but not forgotten, a local cemetery donated a headstone just for the beloved animal: 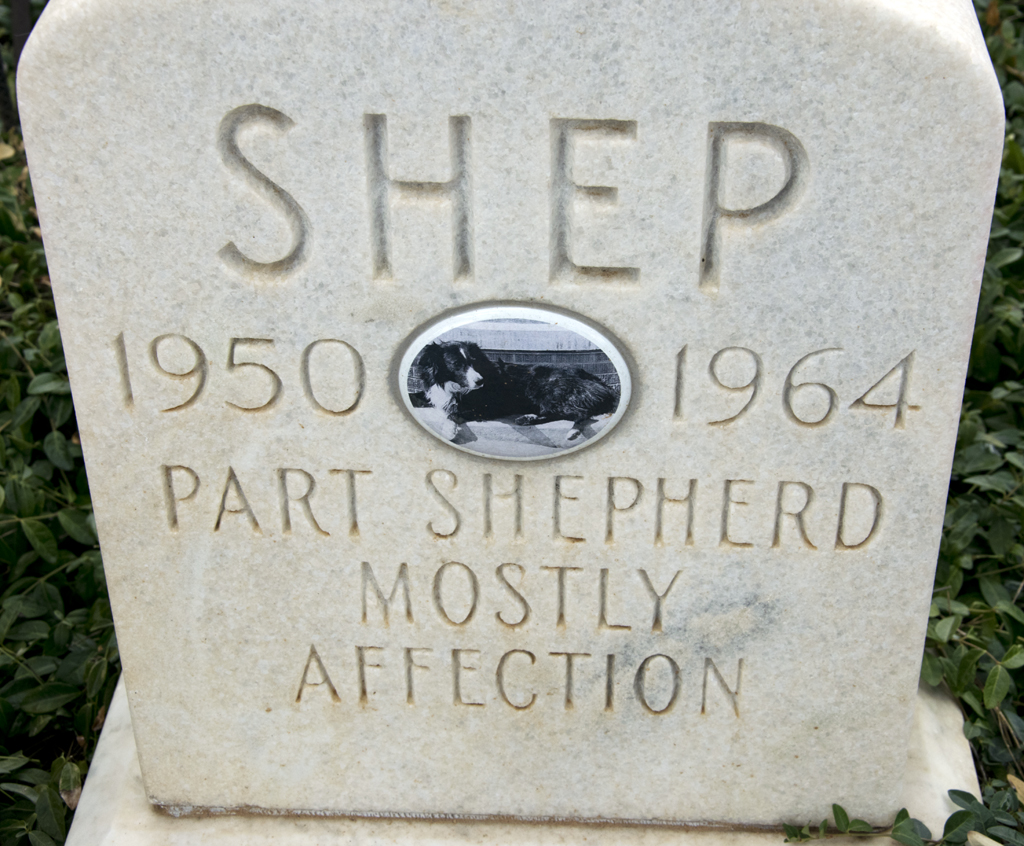 That’s one of the sweetest things I’ve ever seen! But that’s not all. When the US 36 interchange was redesigned in 1971, they were careful not to disturb Shep’s final resting place. Then, in 2009 when the highway was widened, Shep’s grave was moved, lock, stock and barrel, to a plot next to the Depot Museum. They even added a second headstone (tailstone?) to the enclosure: 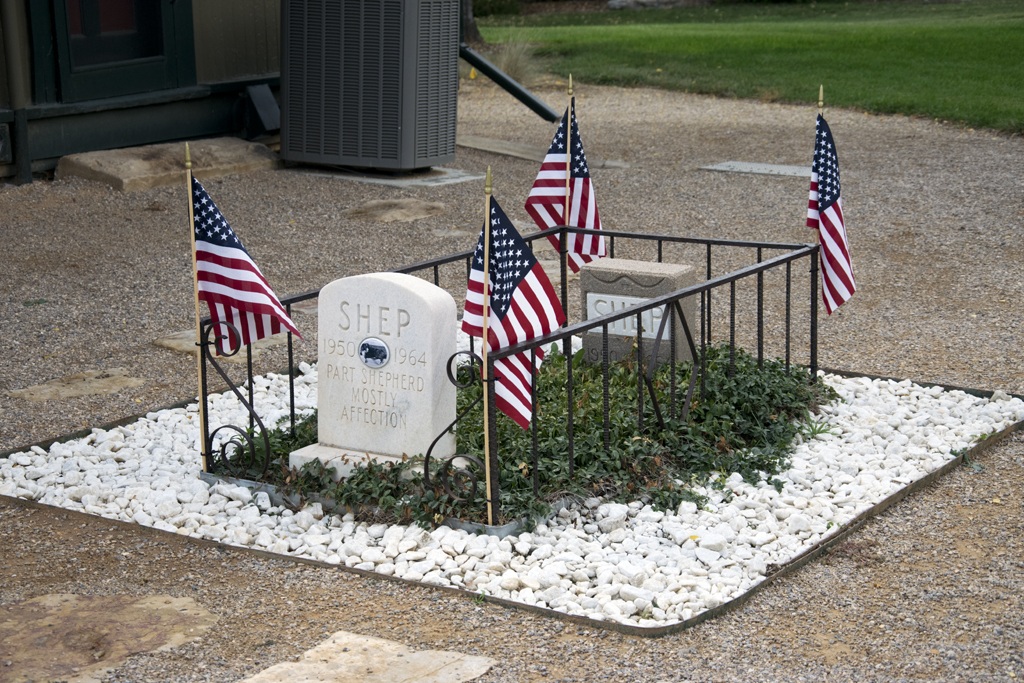 I read that people even leave dog biscuits at the grave from time to time. However, there were no dog biscuits there when I visited. Nonetheless, standing there, I had a moment of silence for Shep and the people who loved/love him.

On my way out, I was scolded by my friends, the prairie dogs, in an adjacent vacant lot: 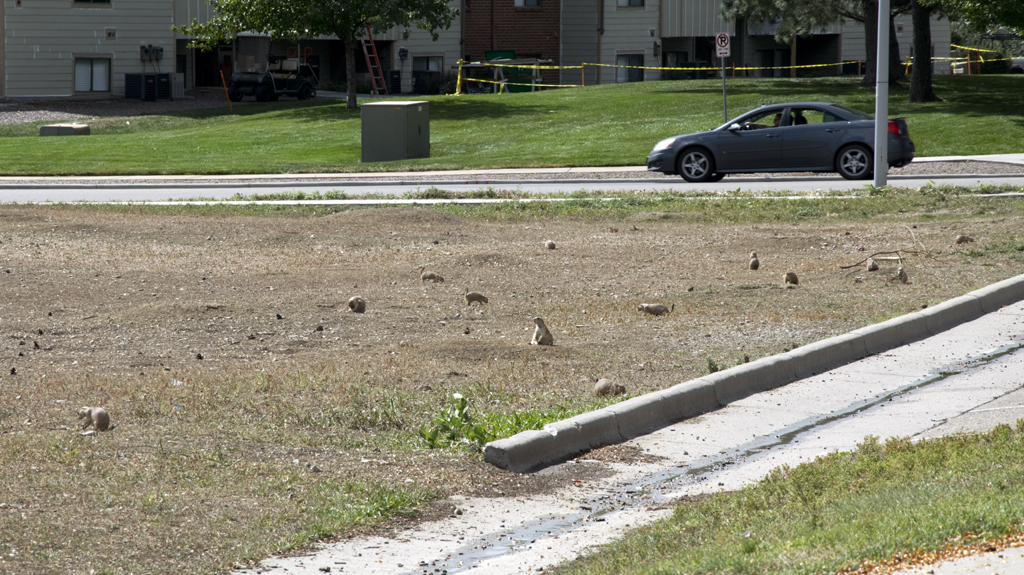 What is your favorite roadside attraction? Graves of famous people (like Buffalo Bill), giant plastic dinosaurs, buildings shaped like giant cement alligators, or what? Let me know in the comments below! 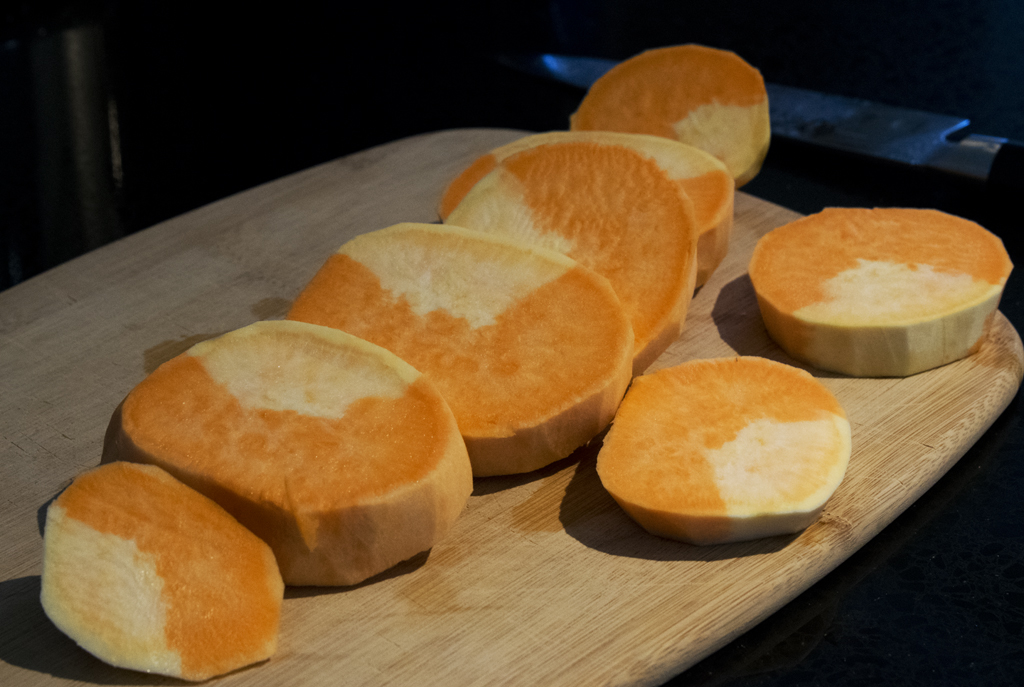