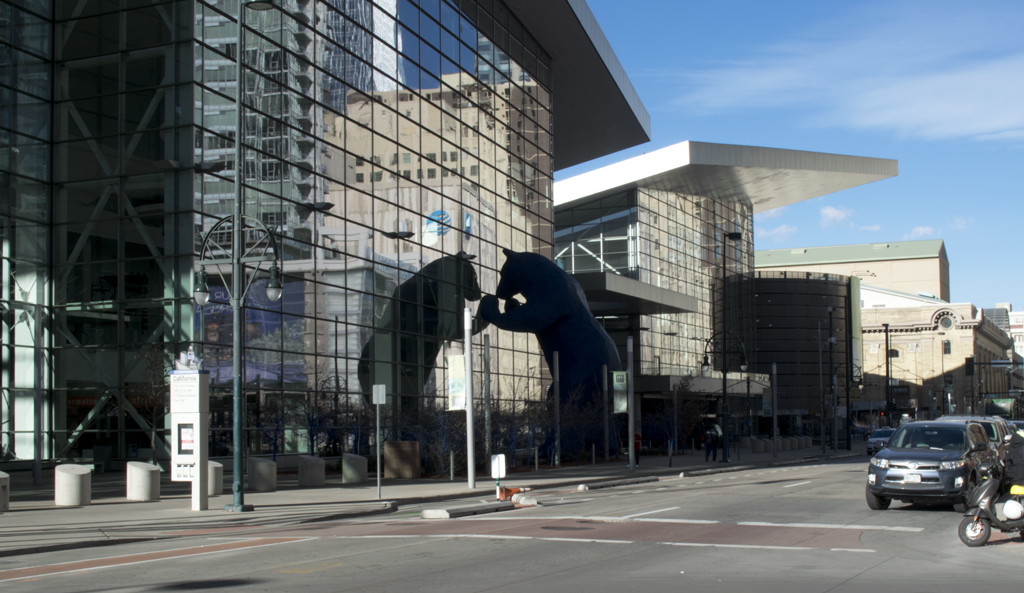 Happy Groundhog Day (tomorrow)! And check out my ESL podcast about it on SlowAmericanEnglish.net. You just might learn something new, even if you already speak English natively!

This week I want to introduce you to Denver’s Big Blue Bear: 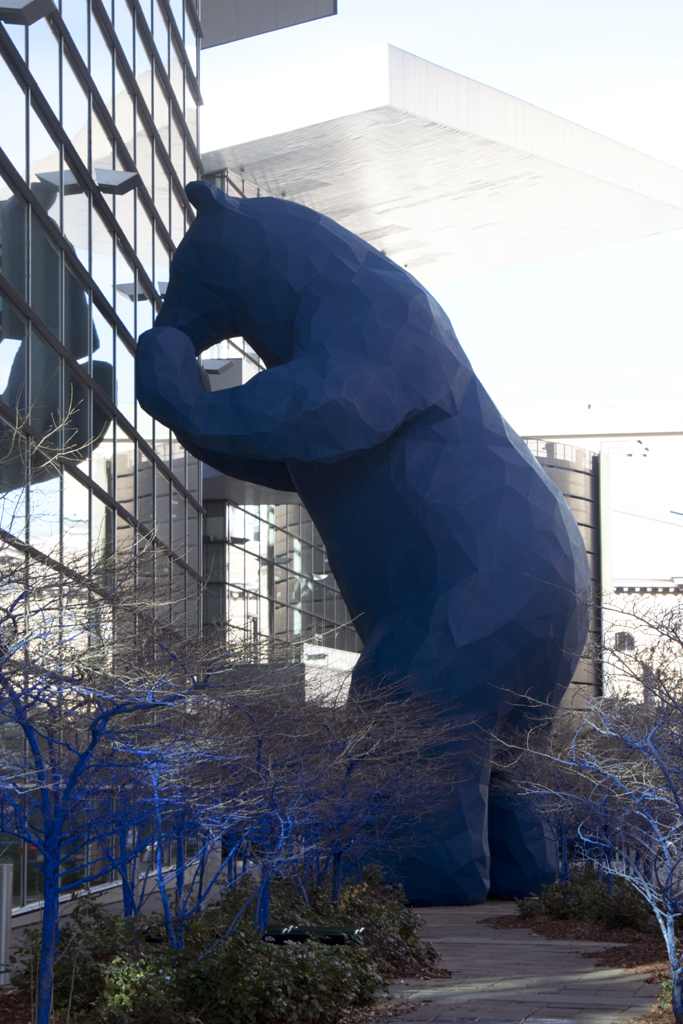 The blue trees at his feet are part of a separate downtown art project by Konstantin Dimopoulos to raise environmental awareness. The blue paint is non-toxic and water-soluble.

But back to our blue bear. His skin is made of textured fiberglass: 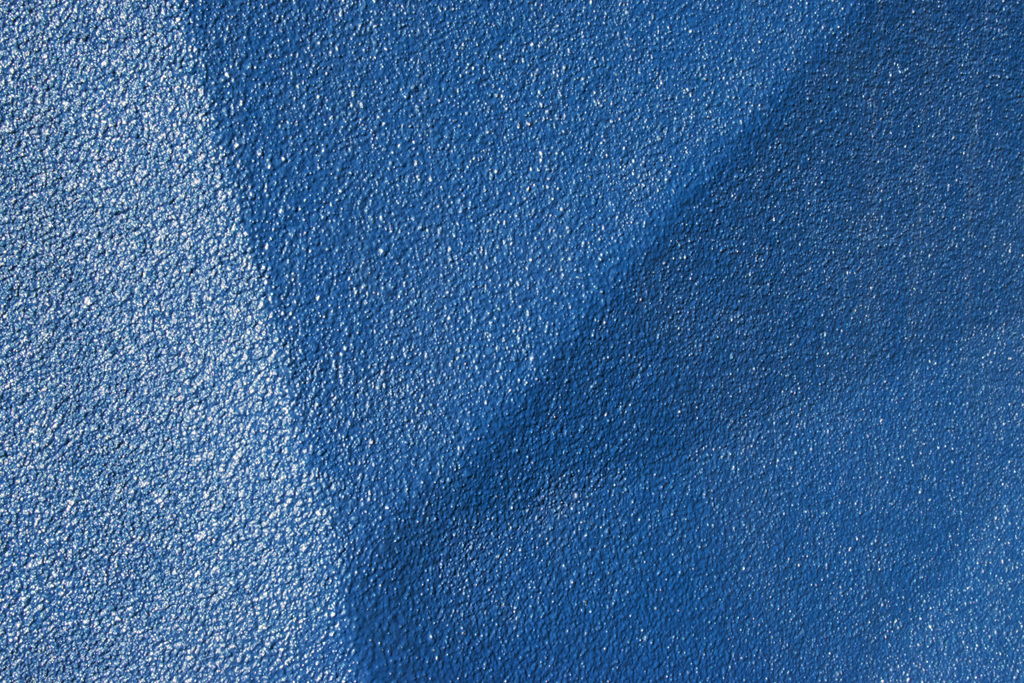 He peers into a third-story window, though it’s actually the atrium, so he actually sees the first floor and the resident Tourist Information Center there.

He is the brainchild of artist Lawrence Argent, who explained, in so many words, that he chose a bear because the Rocky Mountains theme has been done to death. Ok, that’s my interpretation, but he also said he is always interested about the goings-on in the Convention Center himself, so he wanted to convey a sense of curiosity in his work. The bear is blue because the modeling clay he used to present the idea to the selection committee was blue, and they all loved it.

While I was taking pictures of the bear, a family with a small child walked by. When he spotted the bear, the kid exclaimed, “Oh, Mom! A big blue bear! And you can walk under him!” Indeed. 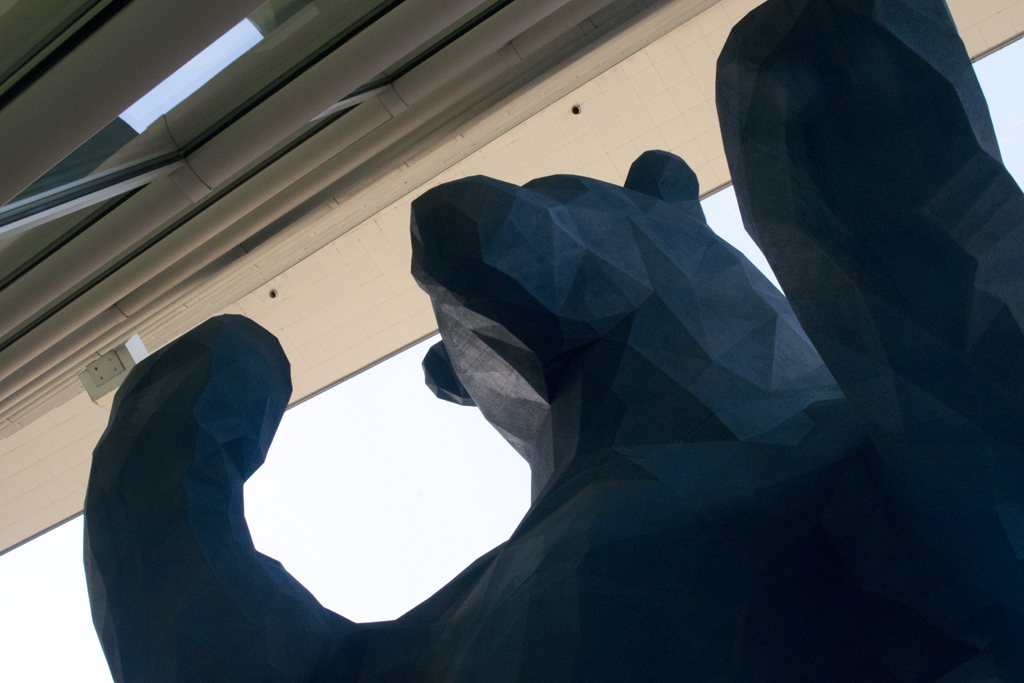 I think Mr. Argent hit his mark. That family is in this shot, and you can see the large scale of the sculpture: 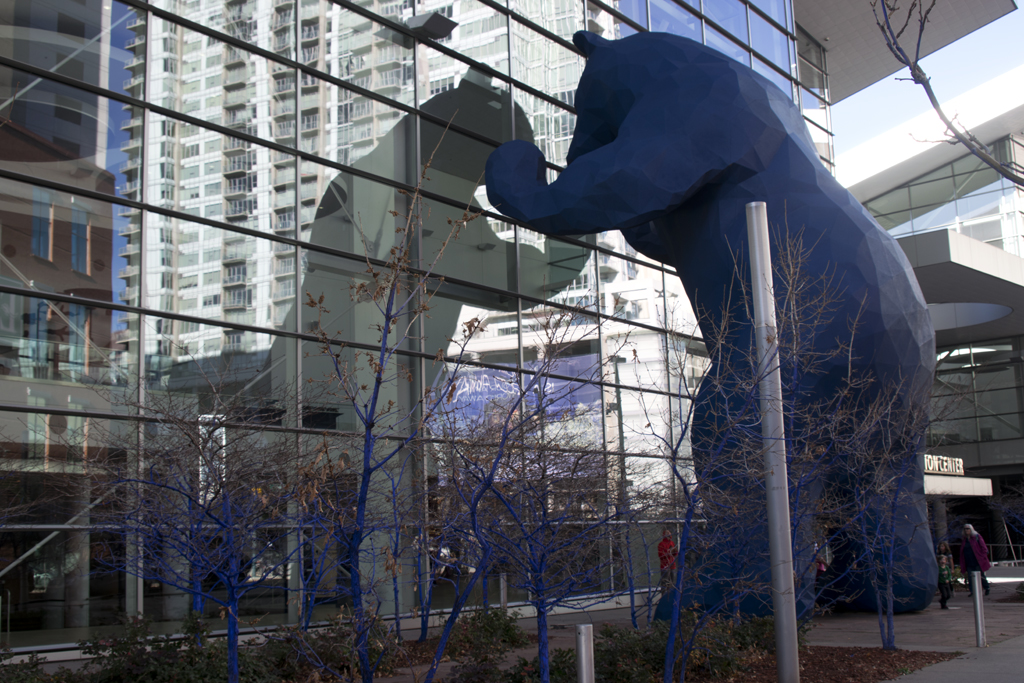 Oh, and the bear is also a movie star! He’s the subject of his own documentary by Daniel Junge and Davis Coombe. The film investigates the sculptor’s inspiration, as well as the engineering, construction and installation. They used a digital computer model and pioneered some of the manufacturing and installation methods. You can see the video here. 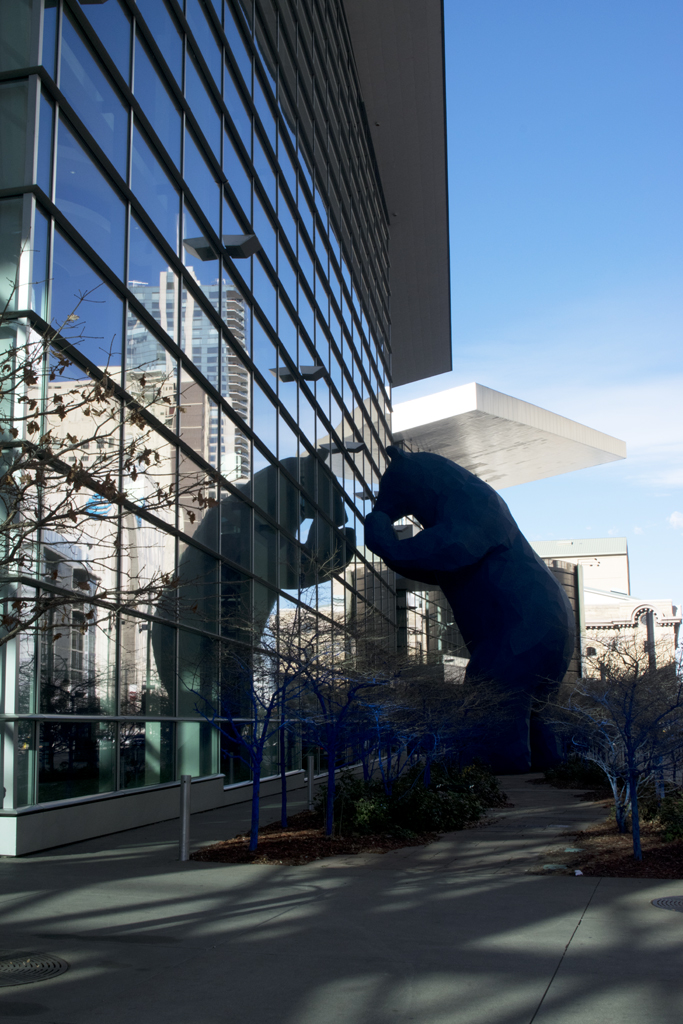 Incidentally, the artist died unexpectedly last year, due to complications of liposuction. When it’s your time…

And another incidental: you can buy a figurine of the blue bear at Denver Art Museum gift shop! One last shot of the real deal: 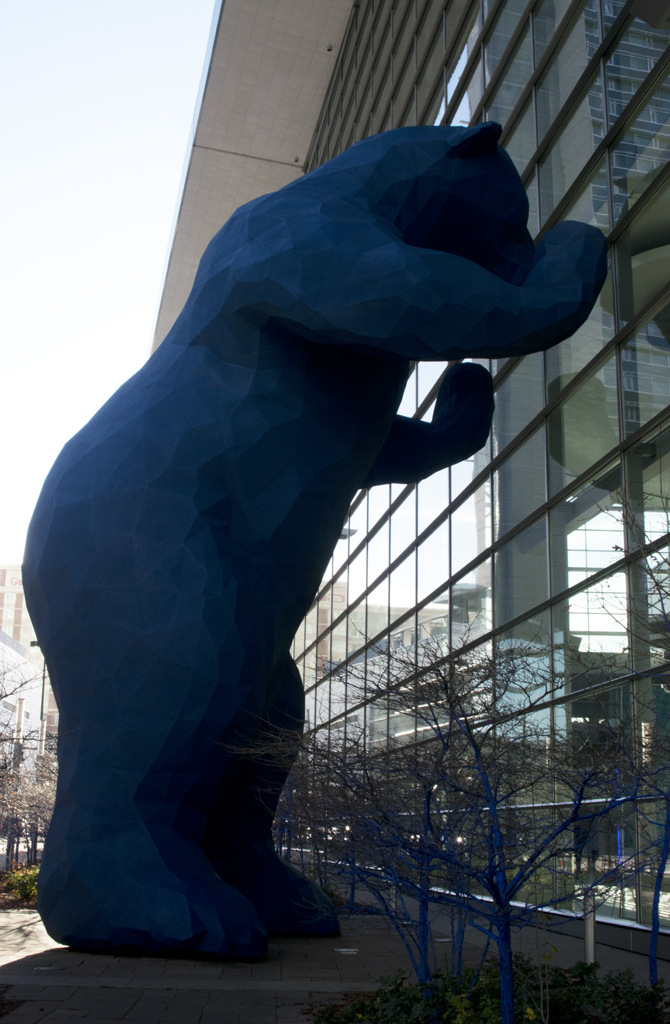 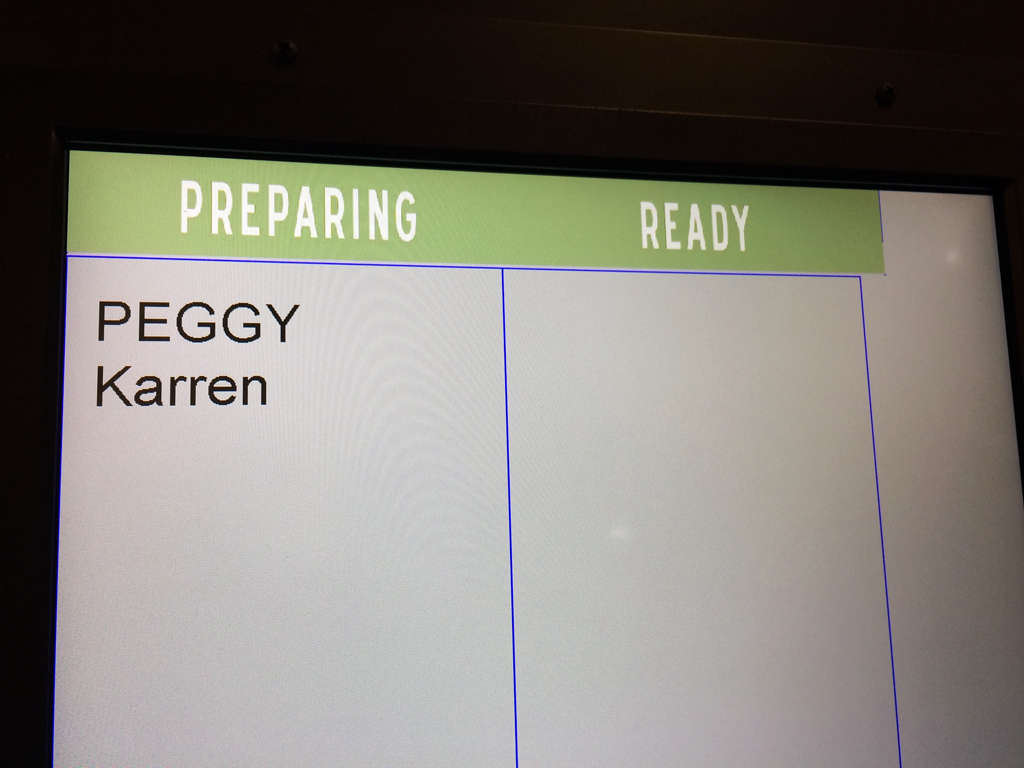