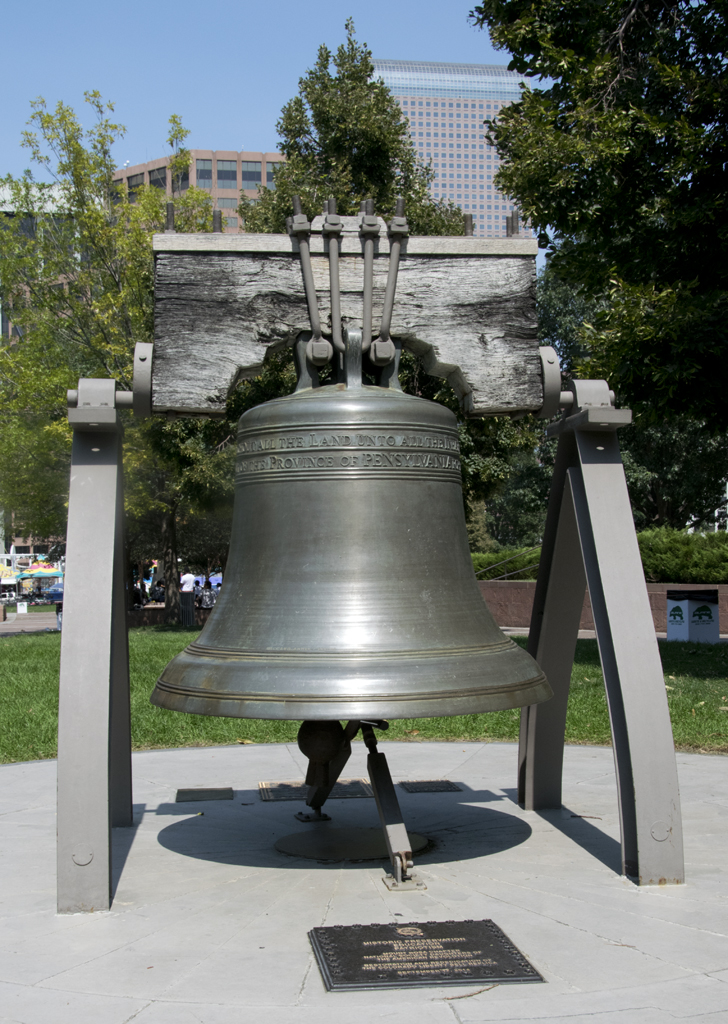 I hope you’ve read my post about the Colorado State Capitol building in downtown Denver. If you have then you may recall that there is a park area between the Capitol and the City and County Building. In that area are actually TWO parks: one, Civic Center Park is the largest and has the most events. But the one nearest to the Capitol building is Lincoln Park (no relation).

And in Lincoln Park is a full-size replica of the Liberty Bell: 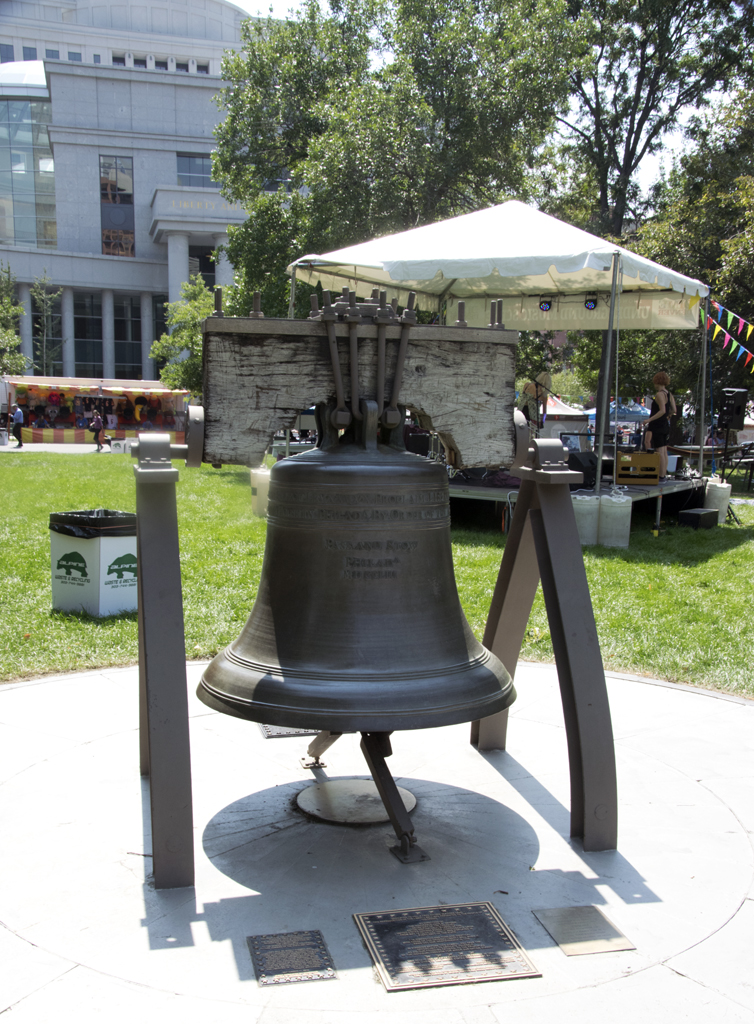 I noticed it for the first time when I was downtown for the Taste of Colorado event. Of course, I got curious.

Fifty-five bells were cast at Paccard Foundry in Annency-le-Vieux, France. At the time, the US had only 48 states, which each received one bell. Add one each for the territories of Hawaii, Alaska, Puerto Rico and the US Virgin Islands, you get 52. Also, one was shipped to Washington DC, which makes 53. One more stands in Annency-le-Vieux, too, which makes 54. And I can’t for the life of me find out where that 55th one is! The US had more territories than just Puerto Rico and the Virgin Islands at the time, so it may be in one of those, but I haven’t been able to find the info. If you know, please leave a comment after this post. I’m stumped!*

*Addendum: Because of the info provided by an astute and observant reader (see Comments section below), I now know that the 55th bell is located in Independence, MO. It was a gift to the city by the same foundry because of the city’s name and because President Truman, the US president at the time, was from there. Mystery schmystery!! Thanks, ‘R’!!!

I assume, as these things go, each state was responsible for raising money and getting each bell in place. There are plaques surrounding Denver’s bell with information about how it came to be just there and something about a restoration in 2014, too: 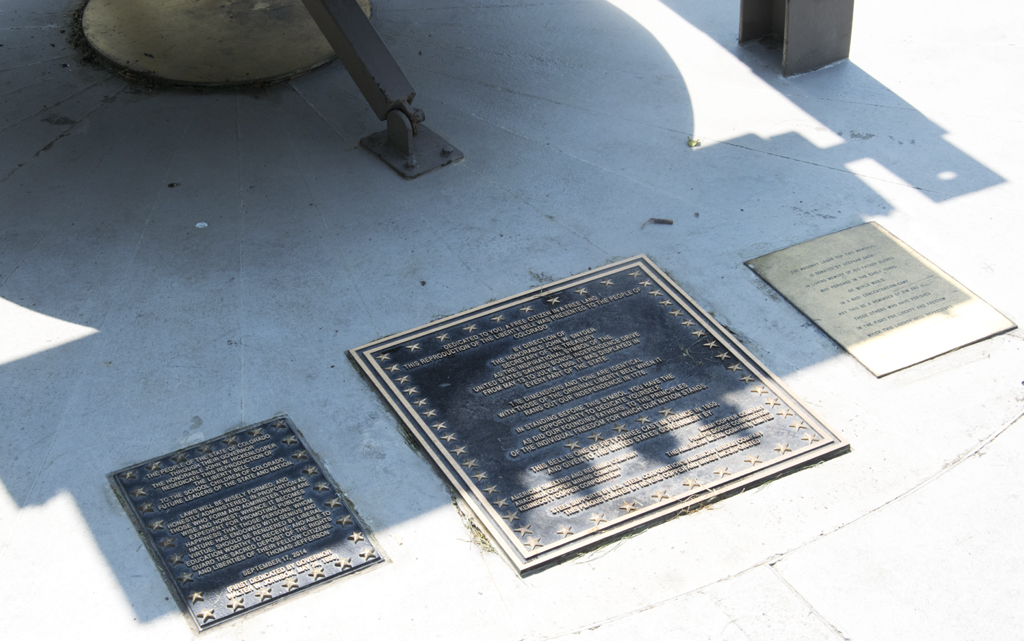 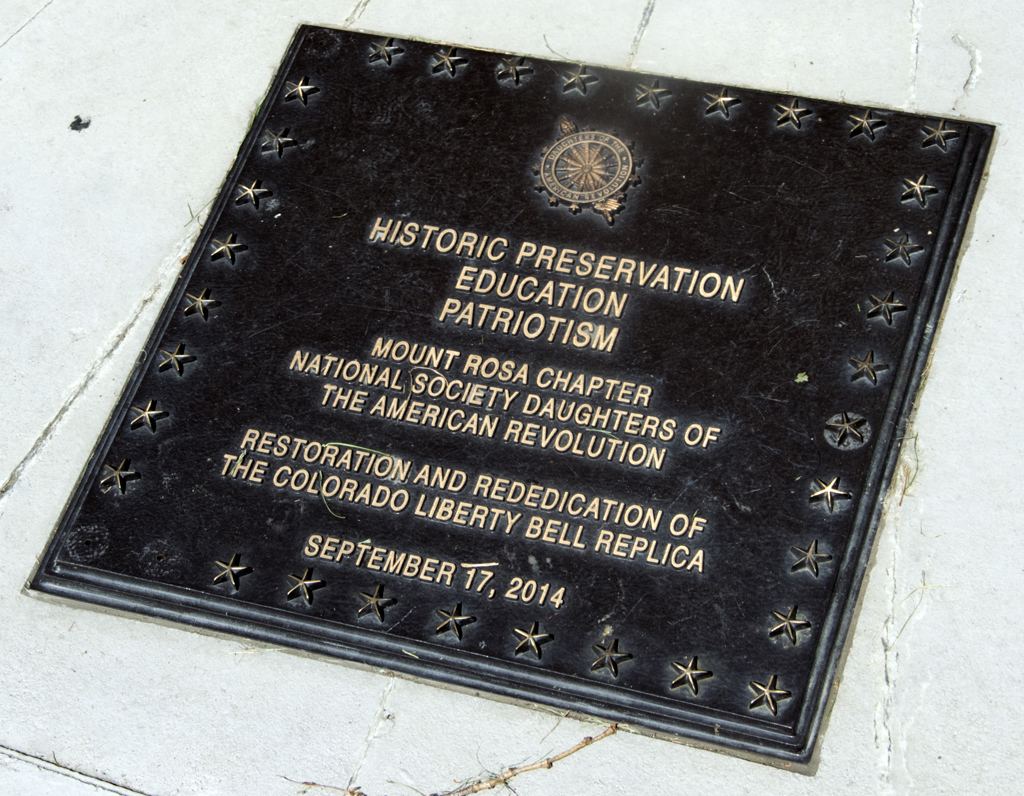 Of course, there are far more Liberty Bell replicas than the 55 mentioned here. But it’s interesting each state has one that matches all the other states – and the original, for that matter. As for the original Liberty Bell in Pennsylvania, here’s some trivia:

It was cast in 1752 at a foundry in London that was called Lester and Pack at the time; now it’s known as the Whitechapel Bell Foundry. The bell was commissioned by the Pennsylvania Provincial Assembly. You Americans would know, I hope, that the Declaration of Independence wasn’t written until 1776, so the bell precedes the Declaration by a couple of decades.

Abolitionist activists began calling it the Liberty Bell in the 1830s. They used the Bible quote engraved on the bell as part of their protests against slavery. The quote reads, in part, “Proclaim Liberty thro’ all the Land to all the Inhabitants thereof.”

The Liberty Bell became famous in a short story in 1847 published in the Saturday Review magazine. In the story, an old bell-ringer rang the bell on July 4, 1776, at the signing of the Declaration of Independence. Many accepted this story as truth; however, it’s likely that it was actually rung, along with other bells, on July 8 when the Declaration was publicly read for the first time. And it was cracked long before 1776.

The bell cracked when it was first rung in Pennsylvania in 1752. It continued to be used, however, and was recast to repair the crack a couple of times by two local workers named Pass and Stow, whose names appear on the bell. The last time it was recast, it became unusable and hasn’t been rung since. So, it didn’t crack on July 4, 1776, as is popularly believed. And the replicas done in 1950 don’t have the crack. Apparently, the replicas are rung on July 4 and other occasions by some of the state capitols; not sure if Denver does that. I’ll let you know! 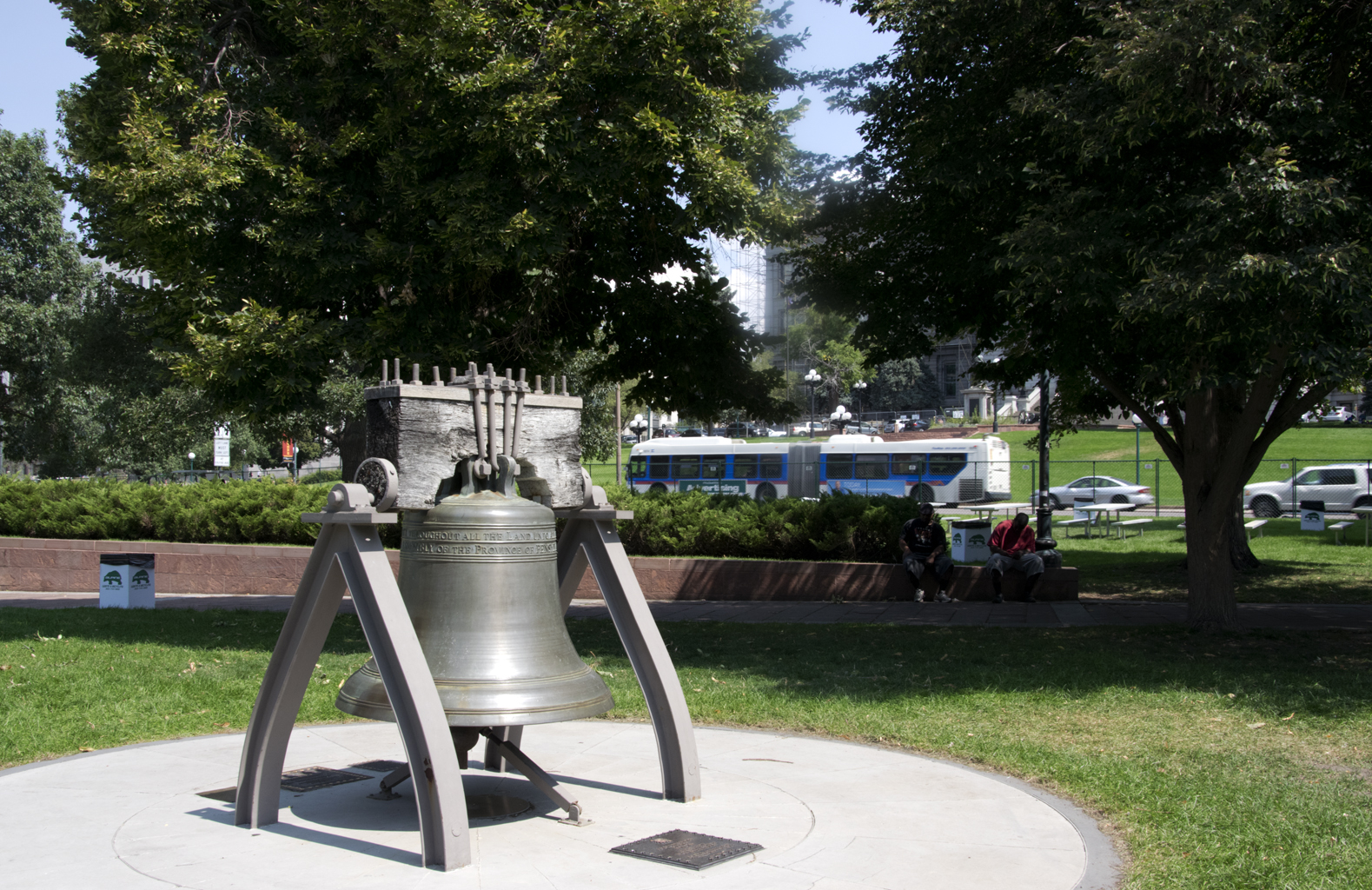 Now I want to visit all the other replicas from this batch! 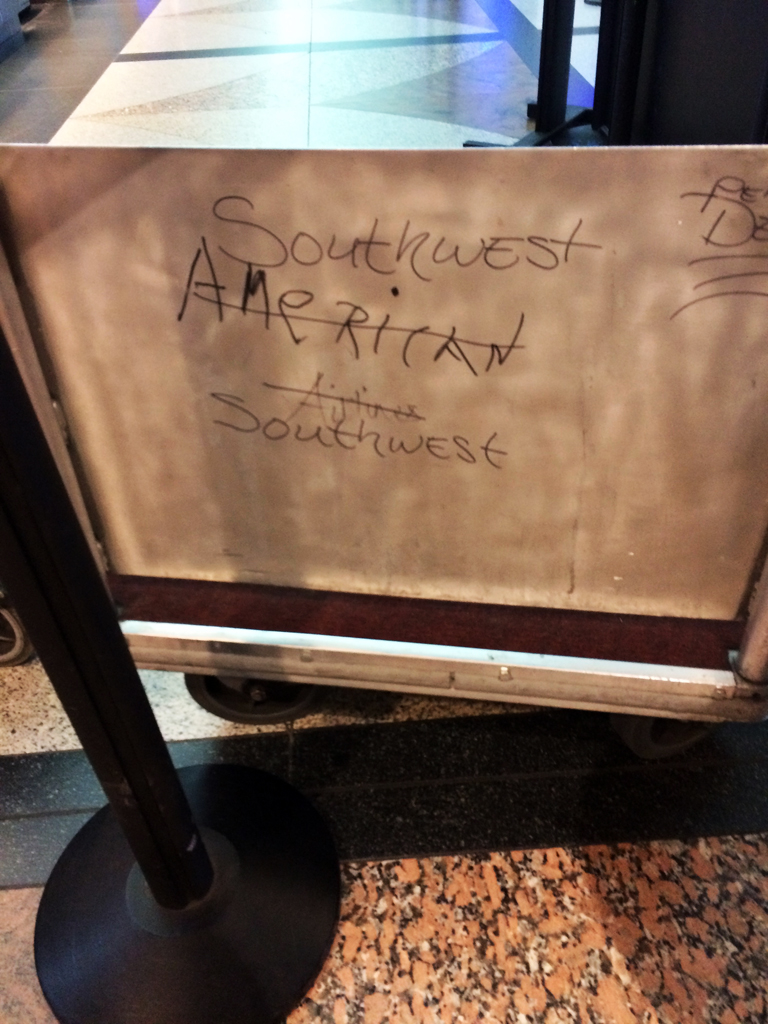