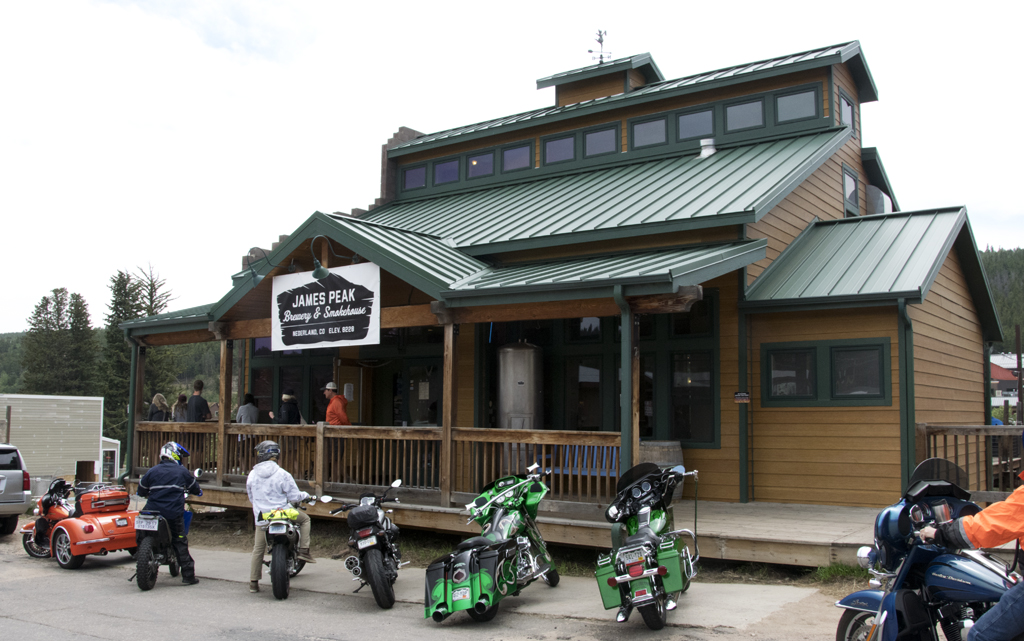 Don’t forget about my latest photography book, Photos for No Apparent Reason 2017, available in both print and Kindle versions on Amazon.com, along with all my other books. I have cookbooks, photography books and even English-learning workbooks.

And there’s still time to download the Kindle version of my Traditional Old-World Easter-Egg Coloring Techniques book just in time for Easter on Sunday. The instructions inside make a great kids’ creative project.

All my books make great gifts, too. Buy yours today!

As it is with many of our outings, my husband and I received a hot tip from a local (I think it was a waiter) that we should go to the mountain town of Nederland, Colorado, because somethingsomethingplace had great smoked wings there. Well, we just couldn’t recall exactly what establishment the gentlemen had named. Therefore, I googled “smoked wings Nederland, Co” and found a brewery named James Peak. Since my husband’s name is James, we took it as a good omen and headed up into the Rockies one day.

We were not disappointed. We found James Peak Brewery easily.

Gotta love a place with this for a weather vane: 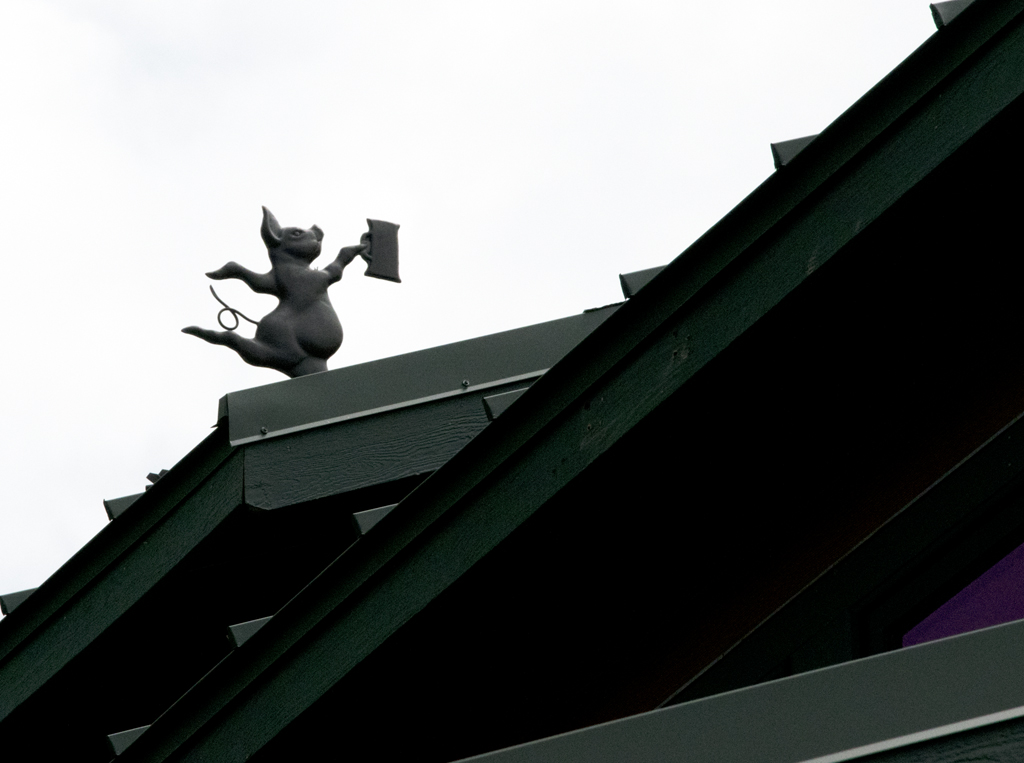 Inside, I knew I was exactly where I was meant to be because of the wall hangings: 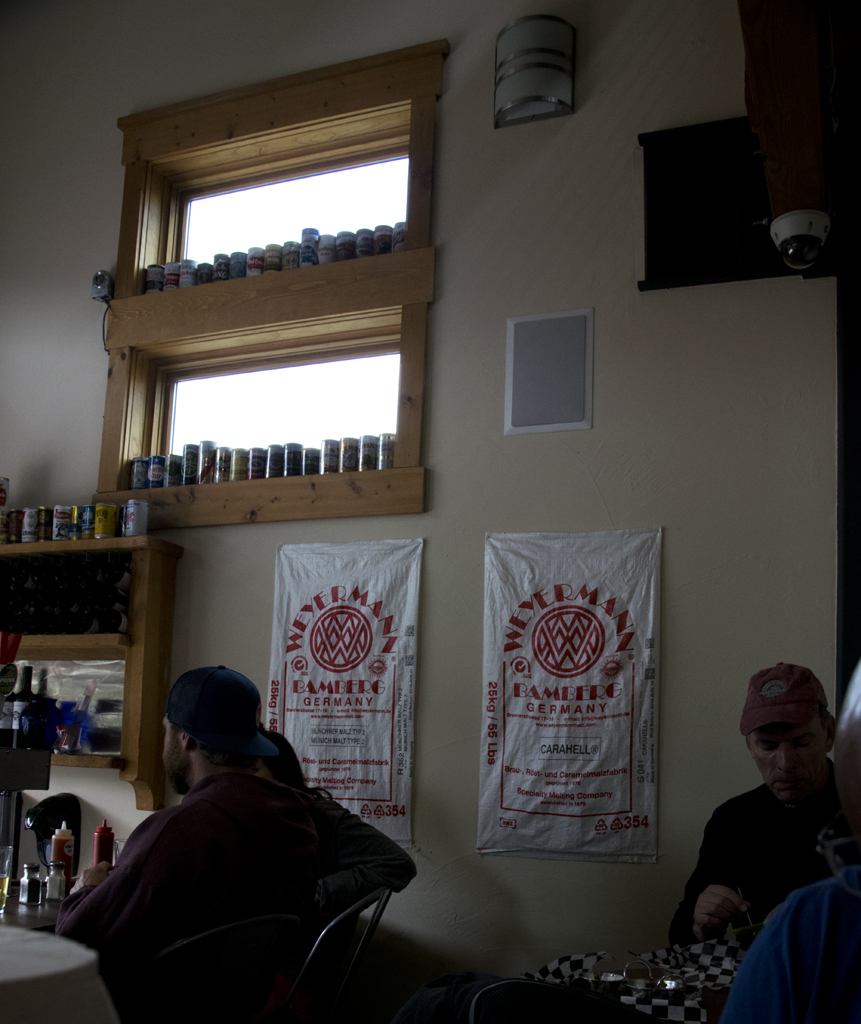 Those are bags from the malt they use to make their beer. If you look closely, you’ll notice they’re from the Weyermann malt factory in Bamberg, Germany, where I used to live! In fact, I mentioned Weyermann in a previous post a few years ago when I took my English students in Bamberg to a scotch whiskey tasting. The distilleries use the malt, too. Did you know that, up to a certain point, beer and whiskey start out with exactly the same process?

Anyway, when my husband asked the bartender if they had any extra malt bags I could have… 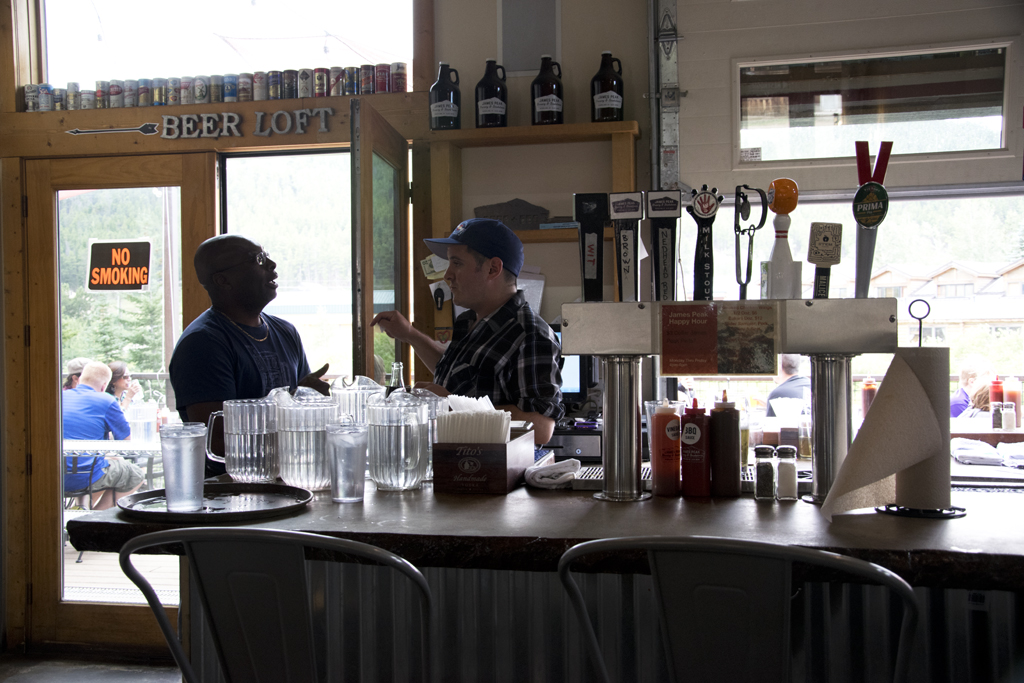 …they took one right off the wall and handed it to me! It’s now on the wall in my office at home.

Here’s a shot off the rear balcony of the brewery. I have to assume the log-cabin-like structure beyond the dirt parking lot and creek is a hotel: 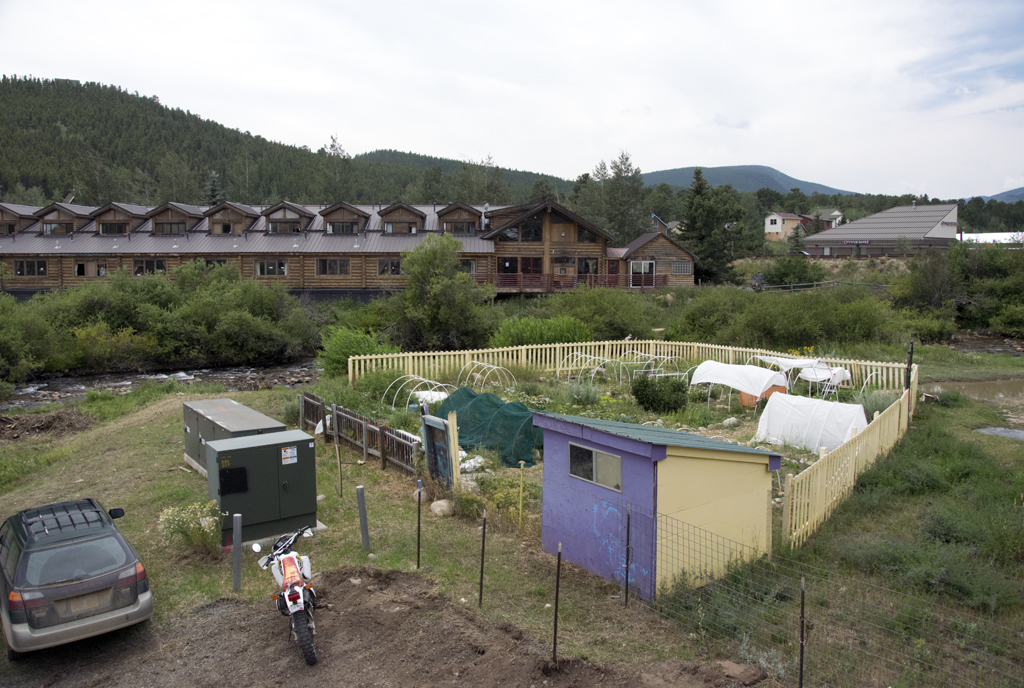 James Peak is a 13,300-foot mountain that the brewery is named for. It sits on the Continental Divide and is very popular among hikers. It was named for Dr. Edwin James, who was a botanist in the expedition of Major Stephen H. Long in 1820. Dr. James was the first known European-American to climb Pike’s Peak (14,115 feet). There is also a Long’s Peak, which is, of course, higher than James Peak and Pike’s Peak at 14,259 feet. That expedition named the Rocky Mountains, too.

Nederland’s elevation is 8228 feet. It’s a small town near the Eldora Mountain ski area, and I get the impression it exists largely due to the skiers. There might be another raison d’etre for Ned, but I don’t know what it is. Except, of course, for their annual Nederland Frozen Dead Guy Days, which I only discovered last week when doing research for this article. In fact, FDGD 2018 happened just two weeks ago! And I didn’t know about it until it was over. But you can bet it’s on the docket for the future!

I noticed the event’s name on this shed across the street from the brewery: 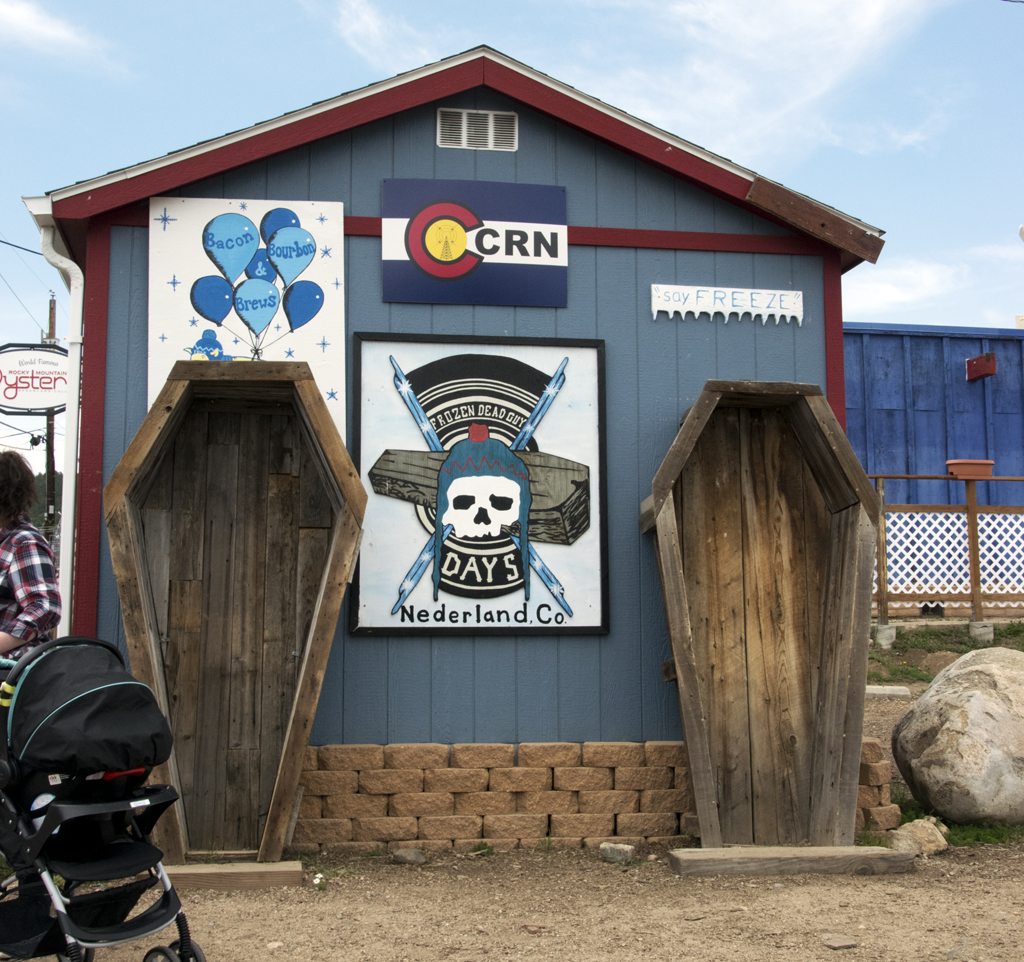 And this was attached to the side: 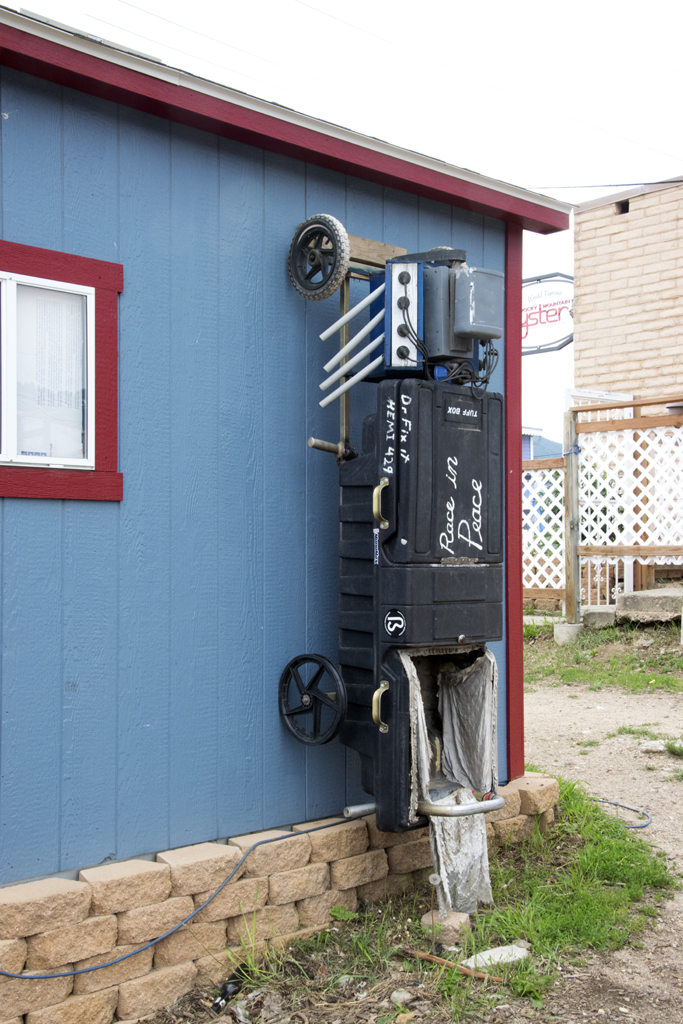 Turns out FDGD is a crazy winter outdoor festival where teams dress up in outlandish costumes and have coffin races. There is also a brain-freeze contest (Icee-drinking race), frozen tee-shirt contest (put on a frozen tee-shirt the fastest) and all kinds of other ridiculousness. It looks fantastic! I’m sure you’ll see much more about this wild weekend event at some point!

Anyway, here are a few other street shots of Nederland I took that day:

After our smoked wings, which I can highly recommend, a brew or two and some strolling, it was time to go home. We pulled over at Barker Dam and reservoir on the way: 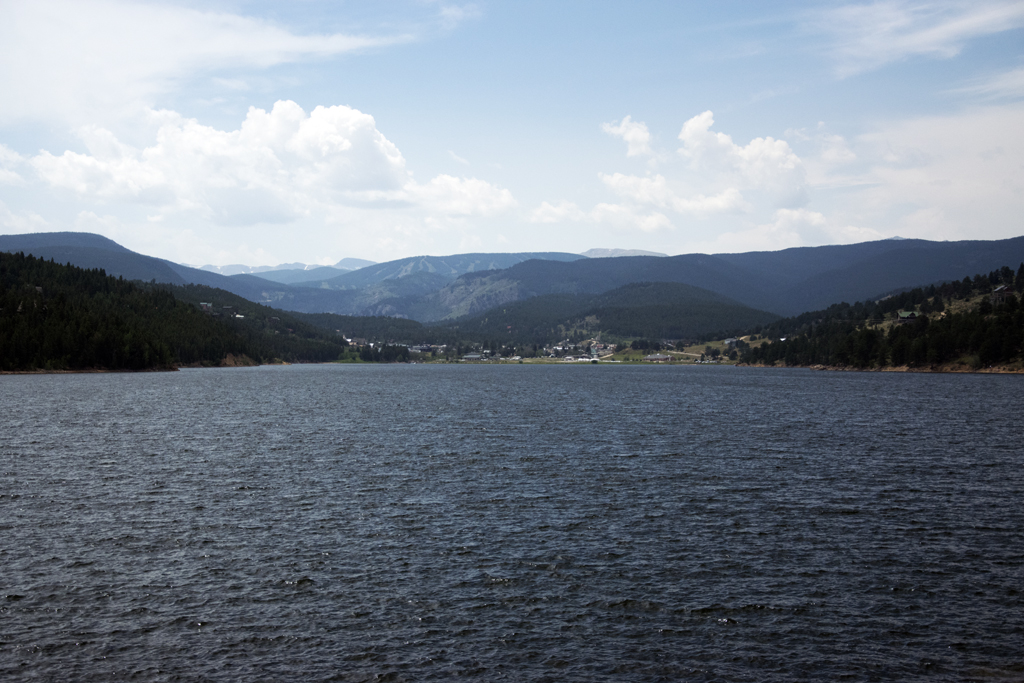 That town in the valley in the above photo is Ned. Here’s the dam: 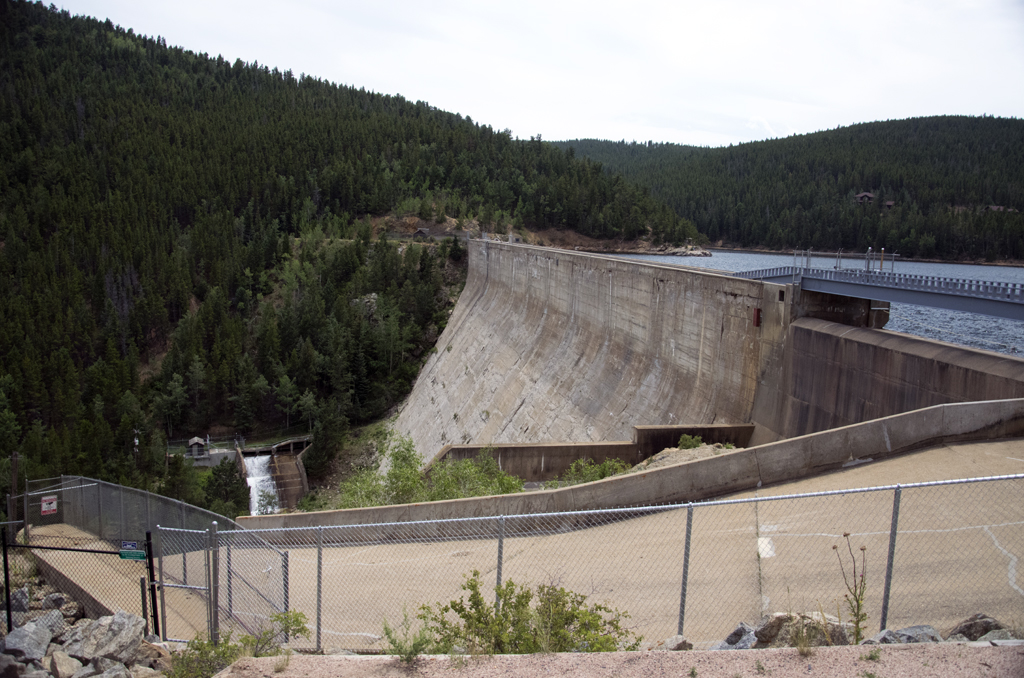 The reservoir is fed by Middle Boulder Creek and North Beaver Creek, which both run through Ned. Someone told us that people aren’t allowed to boat or ski on the reservoir, which seems impossible, given the Colorado propensity for outdoor sports. In any case, we didn’t see anyone enjoying the lake that day.

That’s it for our first foray to Ned. Locals call it Ned, which I found out when I asked someone how to pronounce Nederland. It’s actually the same as the German name for the Netherlands, so I was curious if they used the German pronunciation. No one could tell me – they all call it Ned! 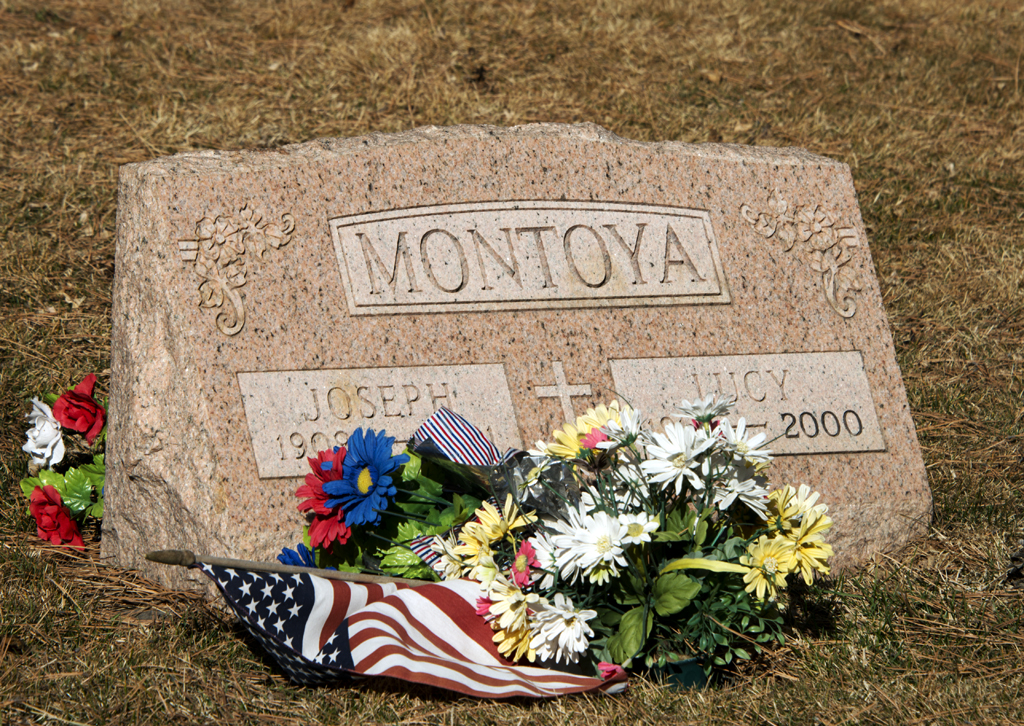