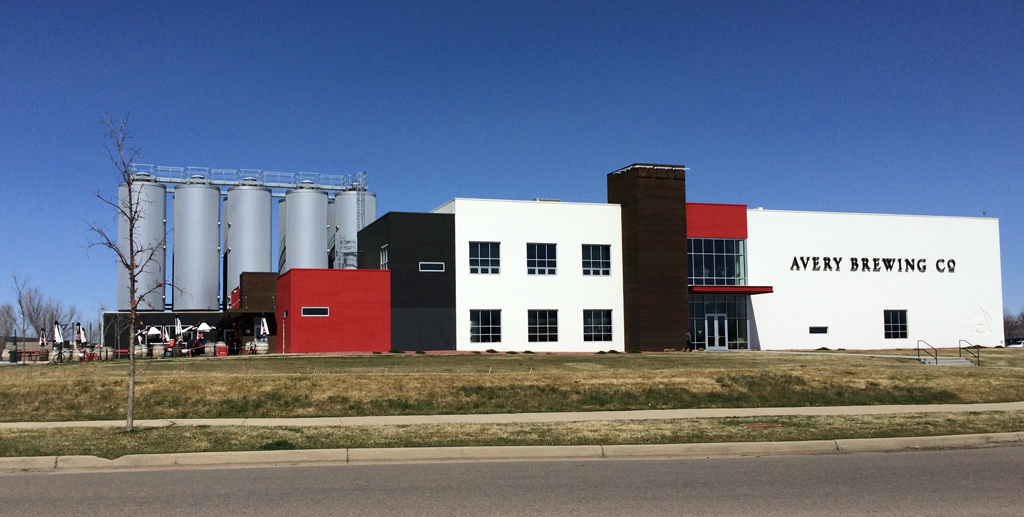 Please help me in my goal to break even on the web hosting expenses this year – buy a book! Click the link on the sidebar menu and give yourself or someone you love a nice giftie. Thanks!

As I’ve said before, you can’t swing a cat in Colorado without hitting a local brewery. This time, I swung the cat and hit Avery Brewing Company. I google-mapped breweries in the area; Avery was the closest one that I hadn’t visited yet. My husband, who doesn’t have to have his arm twisted to try a new brewery, drove us to the so-called Gunbarrel area of Boulder County. Gunbarrel is an unincorporated area of around 6 square miles and about 10,000 residents. What we saw on the way was lots of agricultural land and many farms. I’m sure there’s more to it, but we made a beeline to the brewery and didn’t see much more than that. 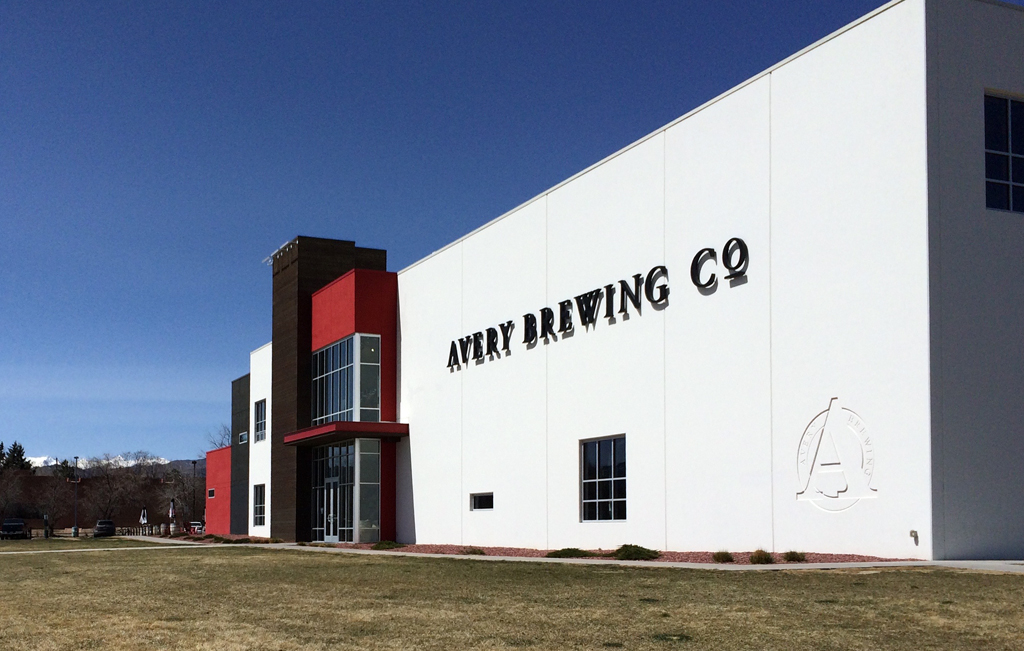 The building was impressive, with a blindingly-white exterior. I like the embossed logo on the corner. They, of course, have an outdoor area, which was rather sparsely populated. It was just a tad too cool for outdoors that day. 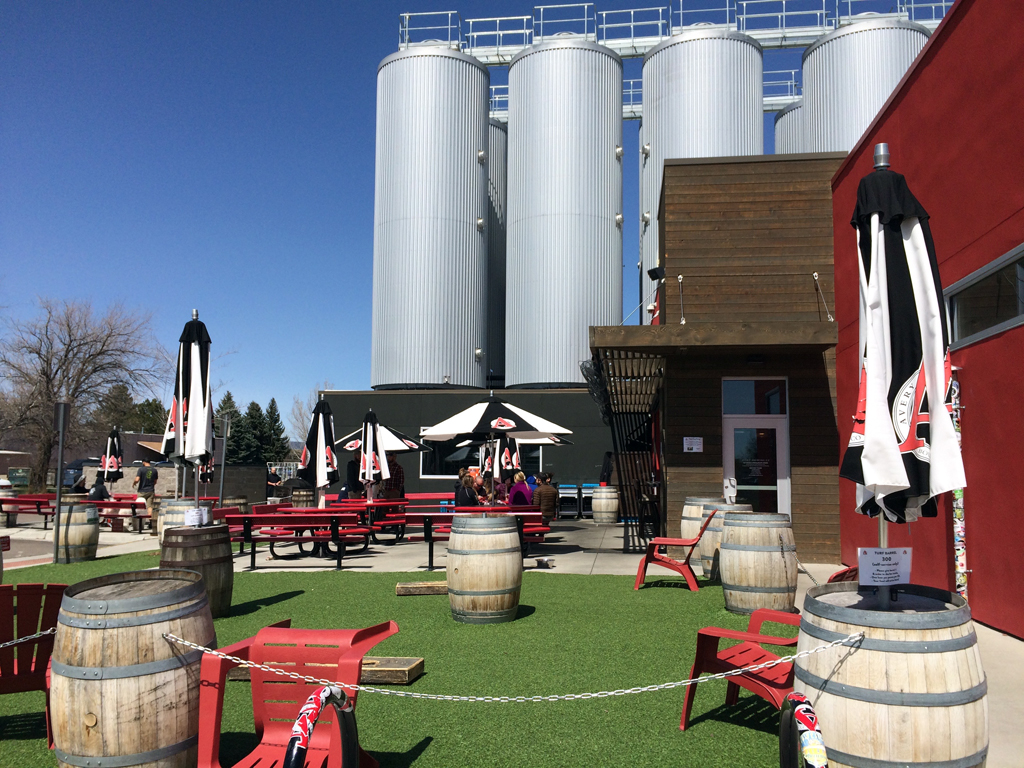 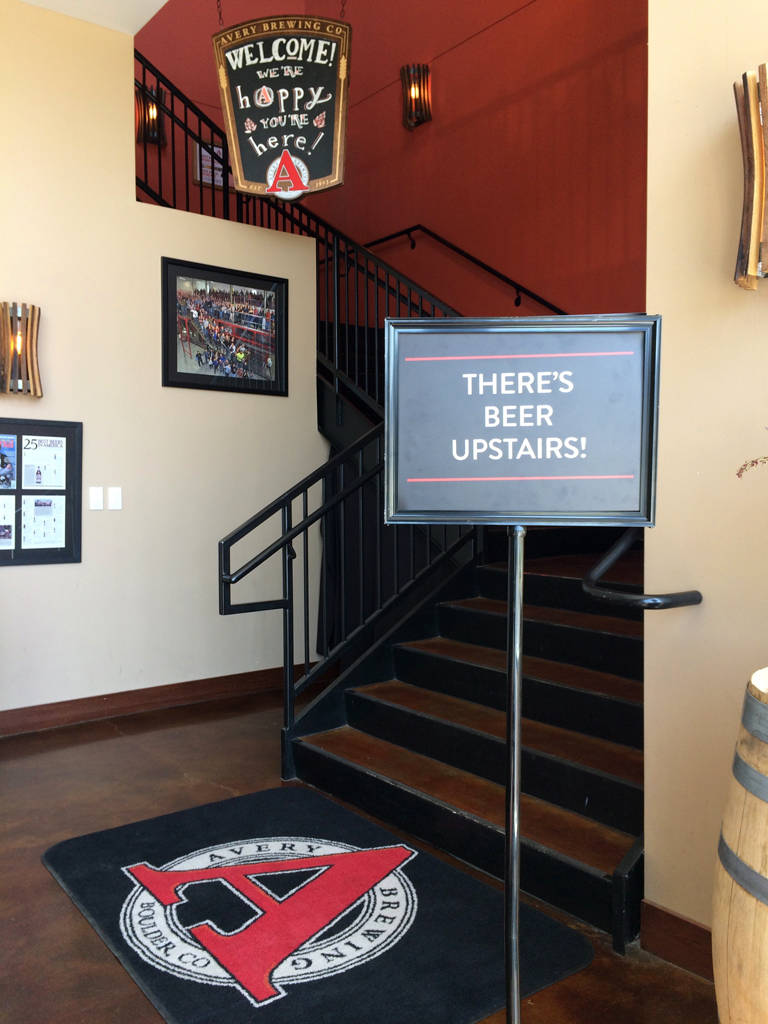 You can also see the barrel room through a window in the lobby: 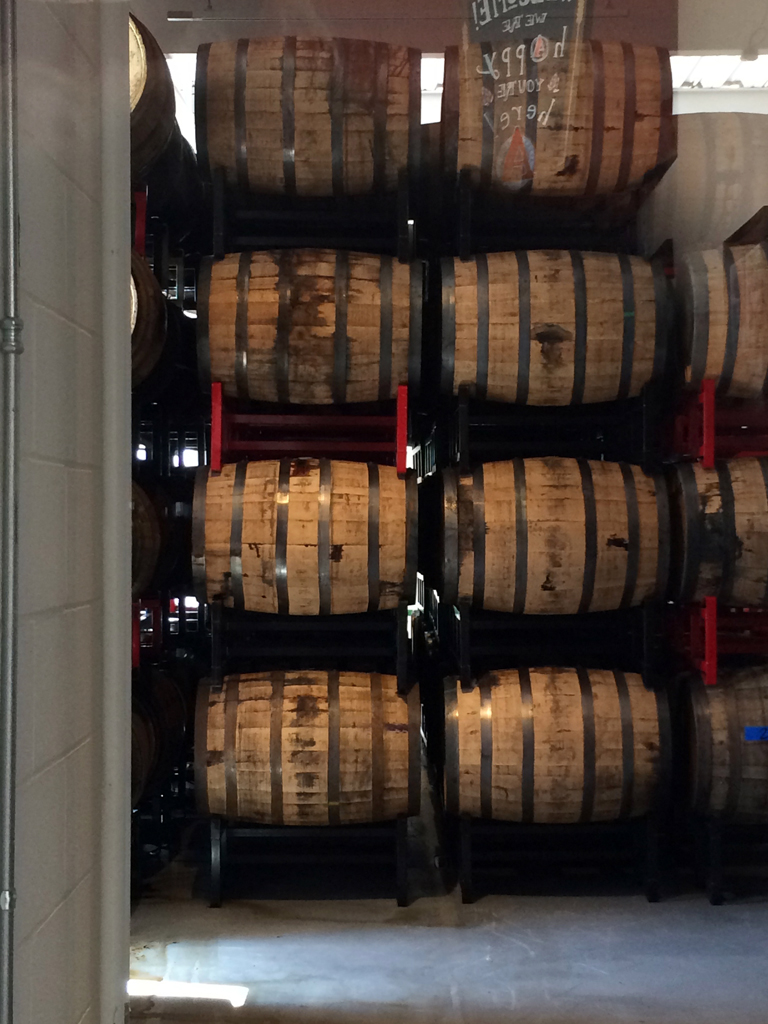 I also liked the barrel-slat chandeliers there: 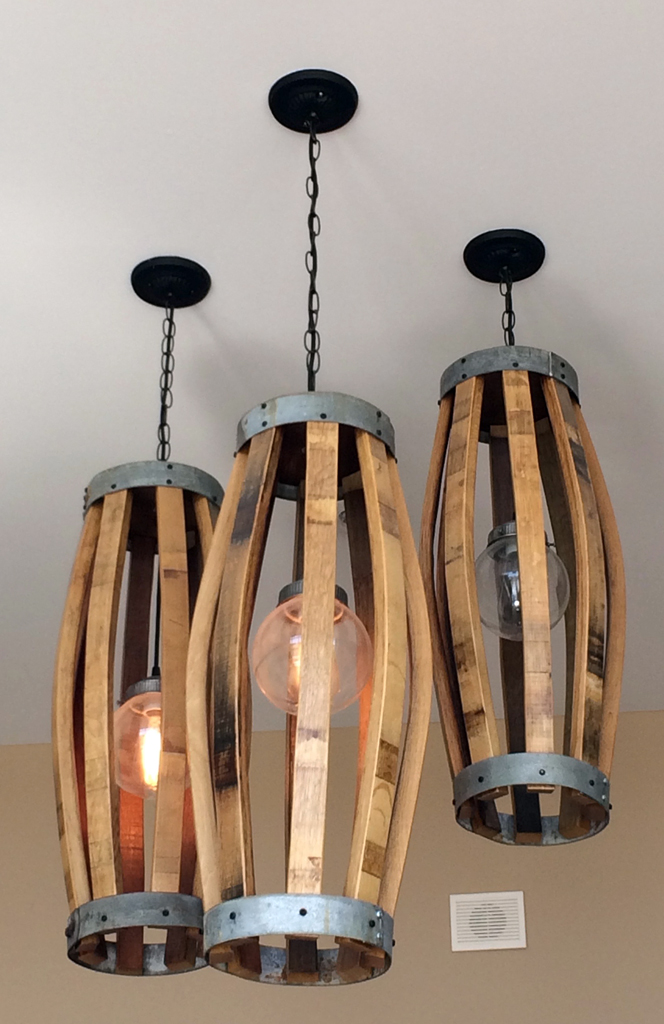 The other part of the ground level has a dining area, but most of it is used for the brewery proper. In fact, both levels have a dining area. The big taproom is upstairs, though. 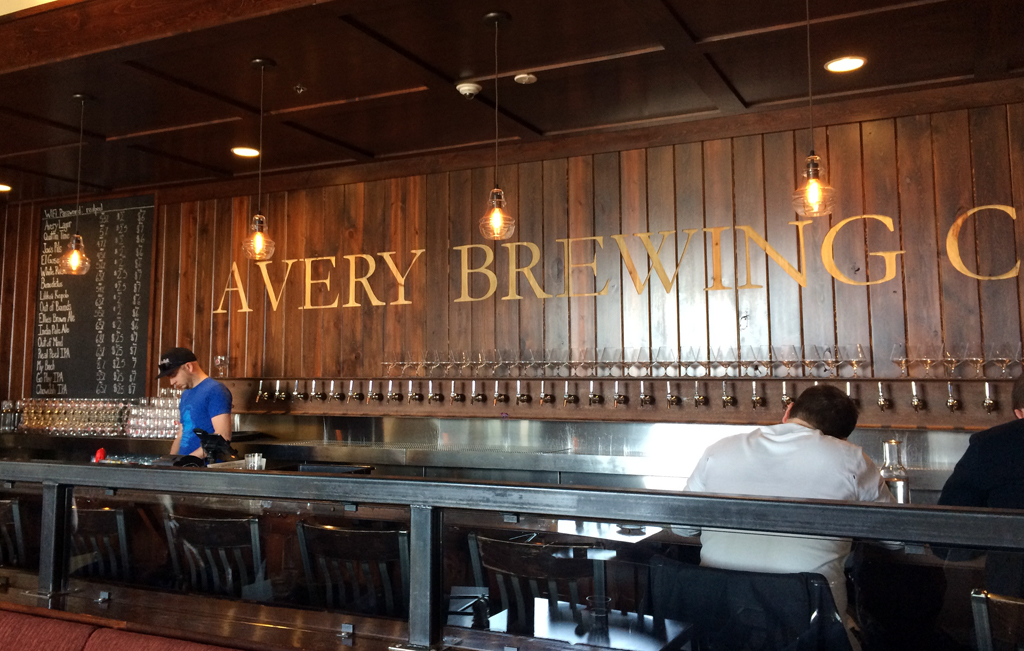 Avery was established in 1993, just at the beginning of the craft brewery craze in the US. They operated in limited space for a few years then moved into what the website describes as their “dream brewery” in 2015. This increased their capacity by about double. Hence, you can find Avery beer far afield. Just enter your zipcode on their website and it will tell you where to find it. I plugged in my former Florida zipcode and found three places nearby.

By the way, they are not technically a craft brewery anymore because a large Spanish brewery is now an investor. However, they still specialize in a long list of unusual, inventive beers. Here’s only ONE of the chalkboard menus we saw that day: 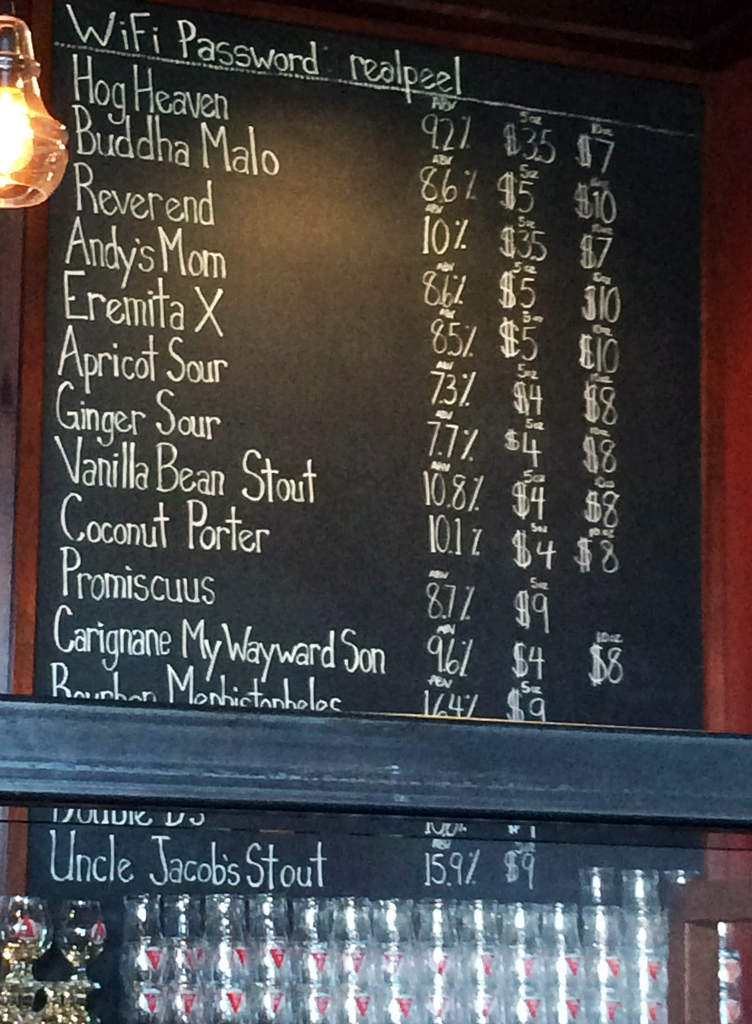 I have to admit that I am not as much enamored of the beers there as at other places. However, their KITCHEN! Last visit (yes, there’s been more than one) I had pozole, cornbread and a cobb salad: 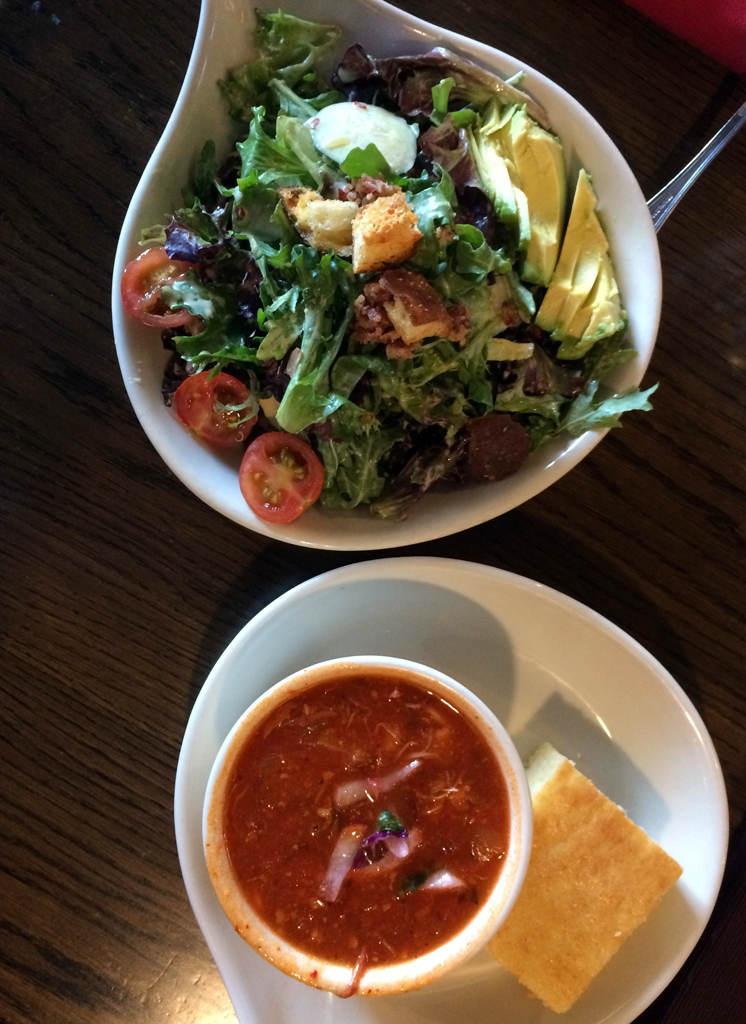 My husband had the Rascal salad and gumbo: 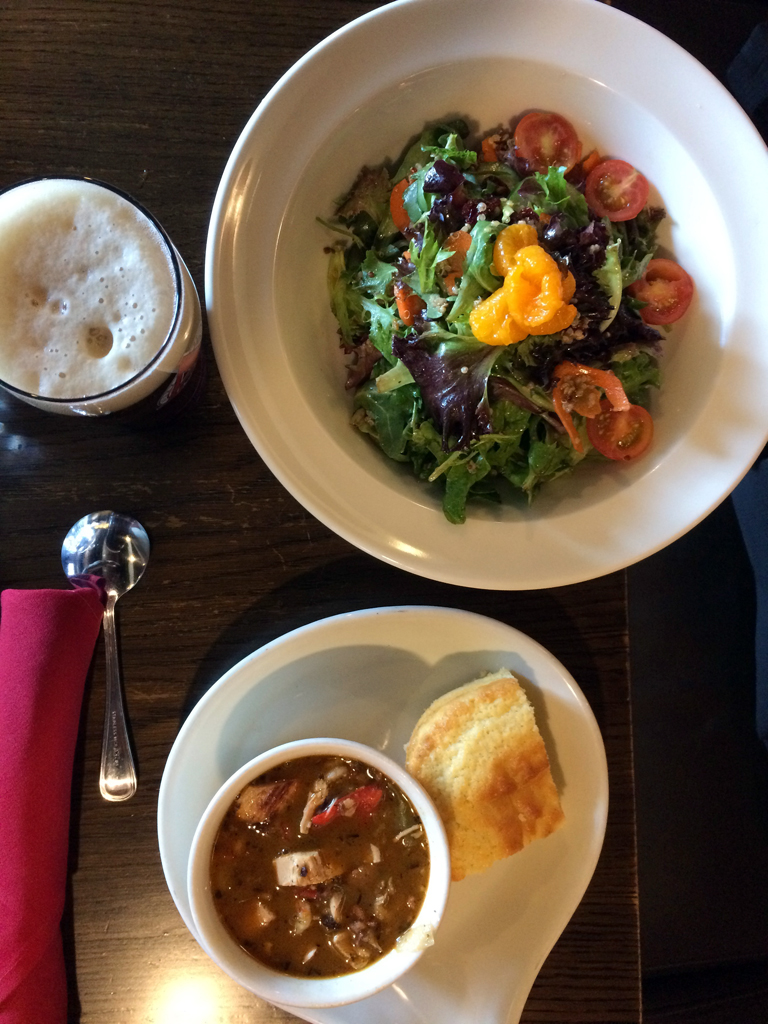 The food there is really good and always has a unique, delicious twist to it. In talking to our server, we learned that the former location used a nearby catering company to provide food, but they made a point of having a large kitchen and capable staff at the new place. Mission accomplished!

We got a free Avery decal with our check that day – sort of looks like “Roll Tide”, if you know what that means! 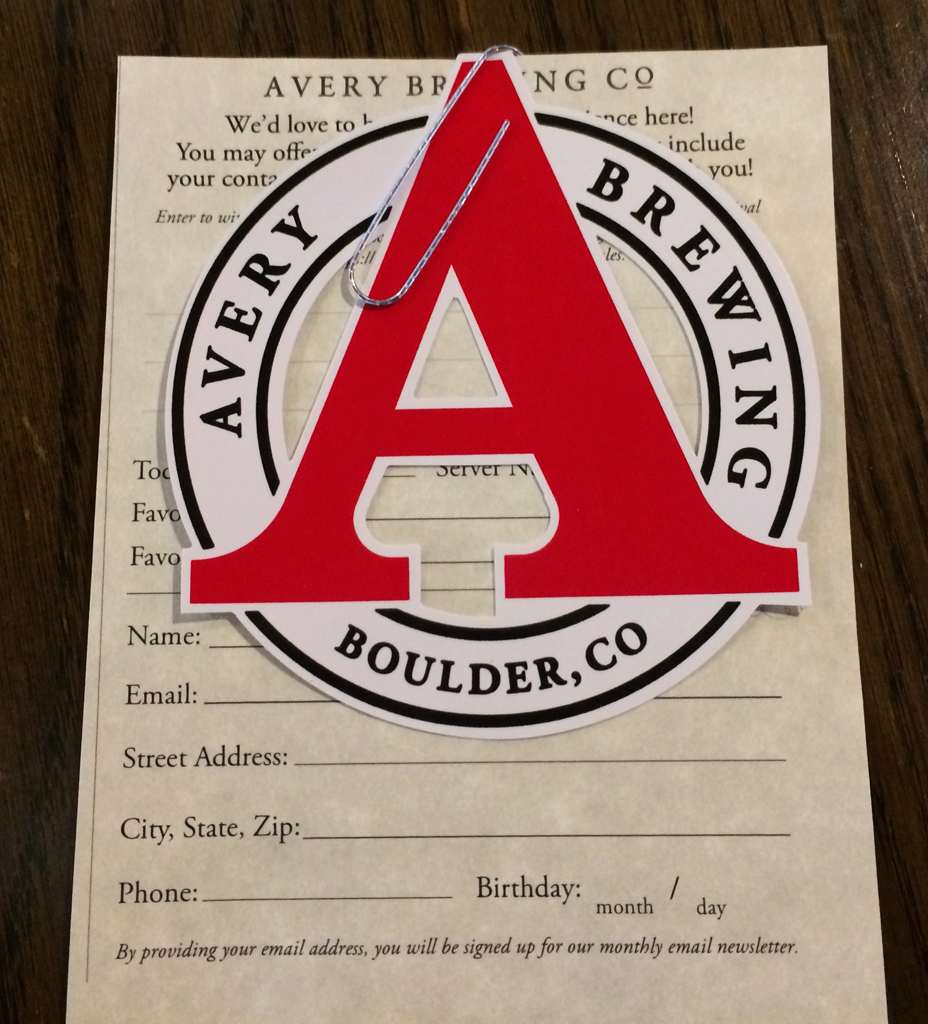 Next to the taproom is a gift shop… 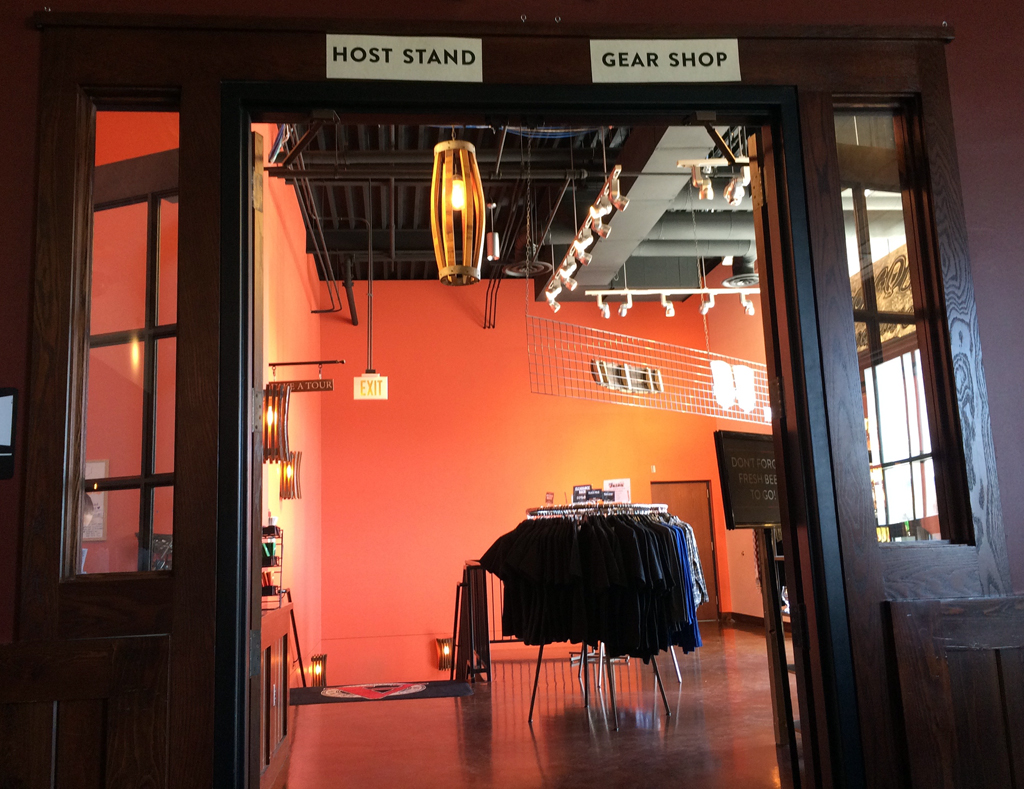 …with rows of bottled brew for sale… 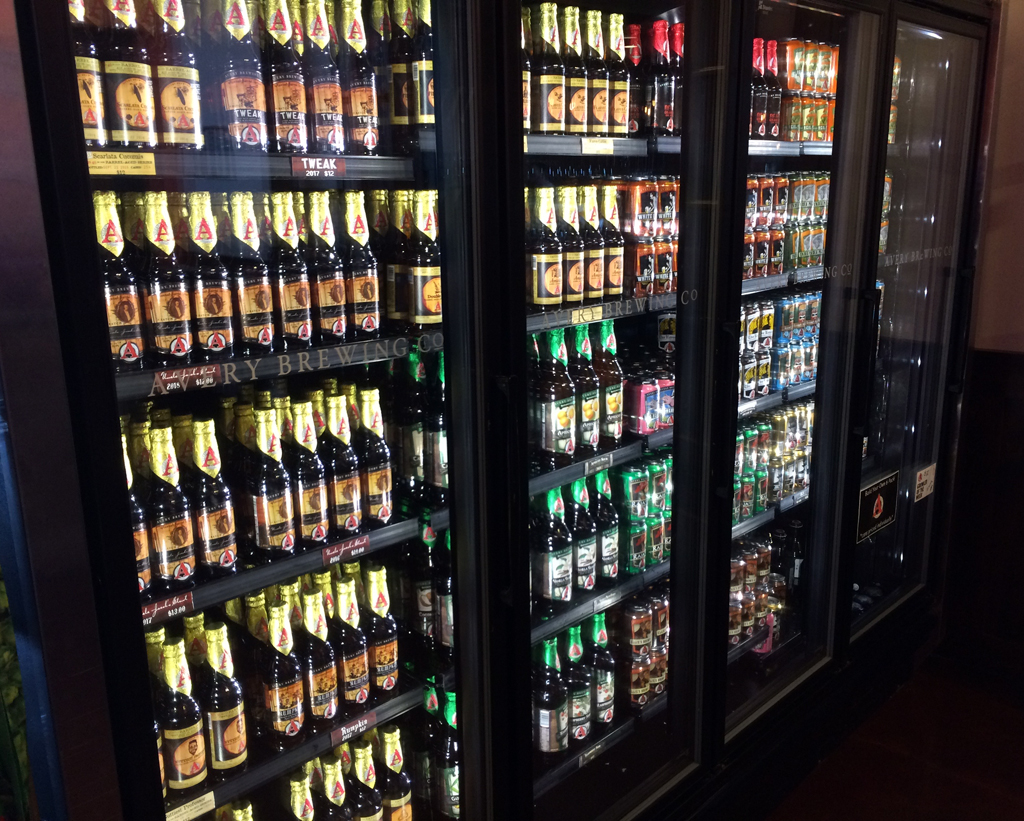 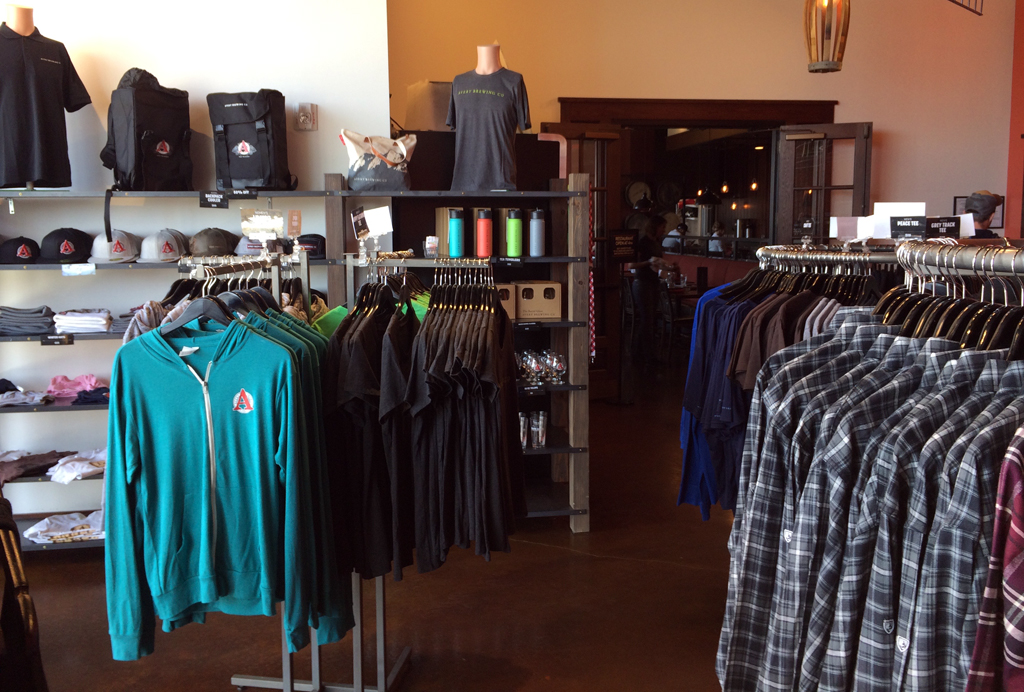 Just off the gift shop is a door that leads to a walkway above the brewery operations. You can take a self-guided tour and watch the brewers do their thing down below. I could swear I took pictures from the walkway that day, but I’ll be darned if I can find them. Too much Avery brew? Oh well, I will post them at a later date. I’m quite sure I’ll be returning to Avery to try something else off their menu! 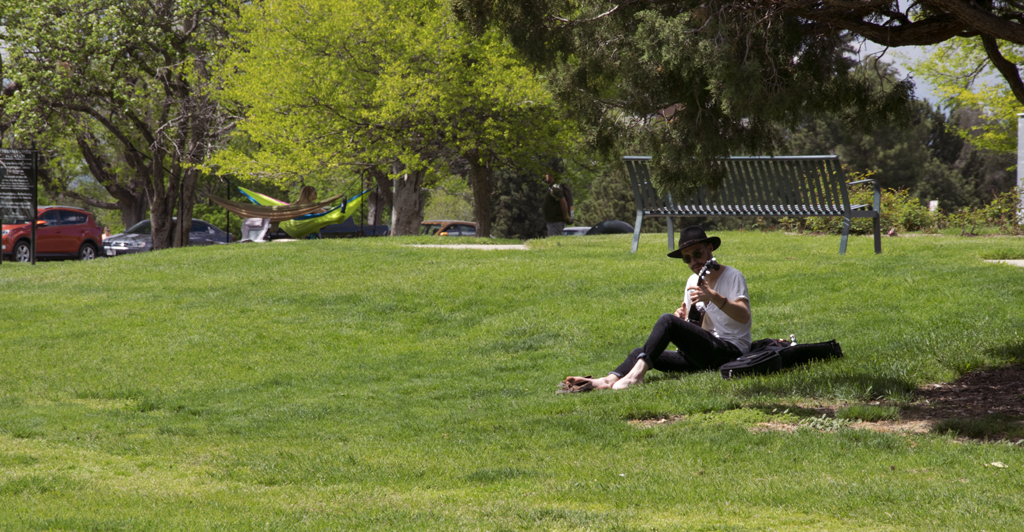