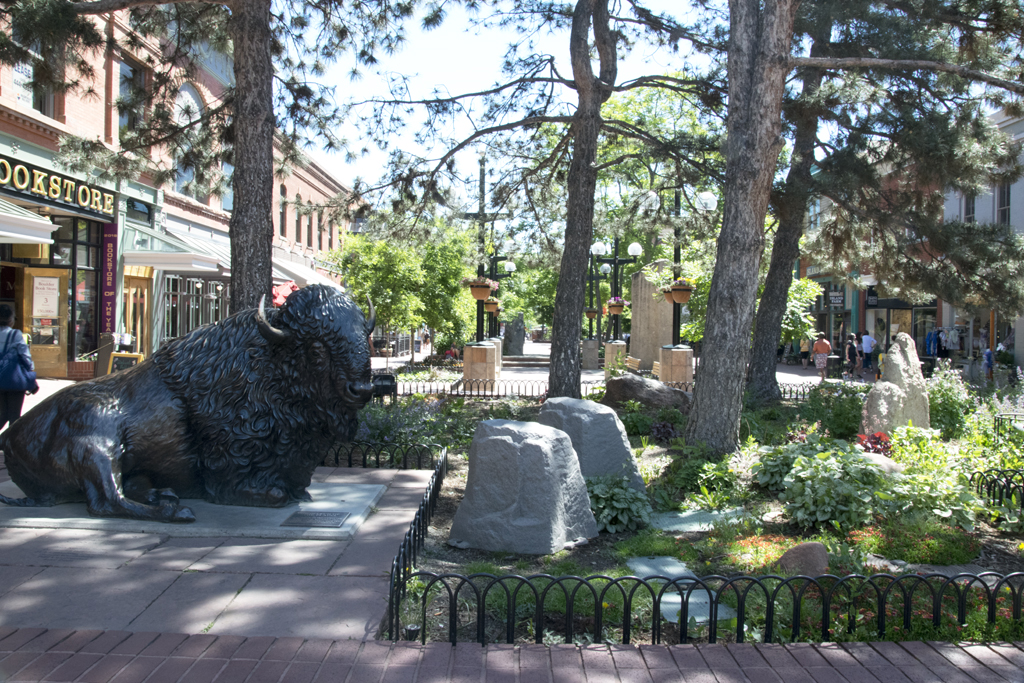 This week’s post is about Pearl Street Mall in Boulder, Colorado. Boulder is one of my favorite areas, mostly because of its residual hippie vibe, and I constantly think about what it must have been like in the 70s. I think I would have been so happy there at that time of my life! It’s a very progressive and happening joint still today. For example, they’ve outlawed free plastic bags there, so either bring your own or prepare to pay for them (hello, Europe). They also have a heavy sugary-drink tax, too, just like the Big Apple.

Another reason for the progressive nature of the city is because it is home to the University of Colorado Boulder. It took me a while, but I finally realized that it’s referred to as CU, not UC. Not sure why. Anyway, you should be aware that any place that houses thousands of college kids is a really fresh place to be. And CU Boulder is quite globally famous and respected for its academic research, too. If you need more info, check out their website.

Boulder is in Boulder County, which also encompasses little towns which I’ve visited and posted about previously: Roosevelt sculptures, Cheese Importers and a Lowrider car exhibit at the museum in Longmont; Tangerine Restaurant and a vampire grave in Lafayette; and the Breaux sculpture in Louisville. That’s not to mention the Avery brewery in Gunbarrel. In fact, my town, Broomfield, used to be part of Boulder County, too, until they broke away, those rebels!

Interesting sidebar: Broomfield County has not legalized recreational marijuana dispensaries – it’s a “dry” county! There are actually only 25 counties out of a total of 64 in Colorado that allow MJ sales. You can grow it and possess it, you just can’t legally buy or sell it. Also, statewide, you can’t legally smoke or consume it in public. This has been a public service announcement.

One more reason I love Boulder: wordplay. CU Boulder’s logo is “BeBoulder”, and there is an annual, 40-year-old, 10K race on Memorial Day weekend known as BolderBoulder, one of the largest and most famous runs in the nation.

But back to the focus of today’s post: Pearl Street Mall in downtown Boulder, which opened in 1976. It’s a four-block pedestrian zone crammed full of restaurants, shops, pubs, music, bars, sculpture, street performers, flowers, breweries, you name it. It’s great that the majority of the over 1000 businesses are locally-owned, though you do see a couple of chains like Urban Outfitters and such. You can see everything from bookstores to galleries to bistros to ice-cream stands to bicycle shops to beer gardens. There is a free Wednesday-evening concert series during the summer months, and Pearl Street is home to “Taste of” events and holiday festivals like on the 4th of July and so on.

The pedestrian part of Pearl Street is only four blocks long, but the shops and businesses easily cover 12 blocks of Pearl. They also radiate outward on the side streets. The pedestrian part is paved in red brick with lots of trees and flower beds plus sculptures and playgrounds. It’s oriented east-west, so you can see the Rockies on the west end. There is paid parking along the streets, but the city tries hard to have shuttles for major events. Parking isn’t expensive, but it can sometimes be difficult to find a spot.

So are some of my shots of Pearl Street from several visits:

There seems to be something ALWAYS happening at the Pearl Street Mall. There are so many events there that it’s hard not to be overwhelmed in trying to plan an excursion. Fortunately, I can drive there in about 20 minutes or so, not including looking for that parking space! I highly recommend a visit to Pearl Street if you get anywhere near Boulder. 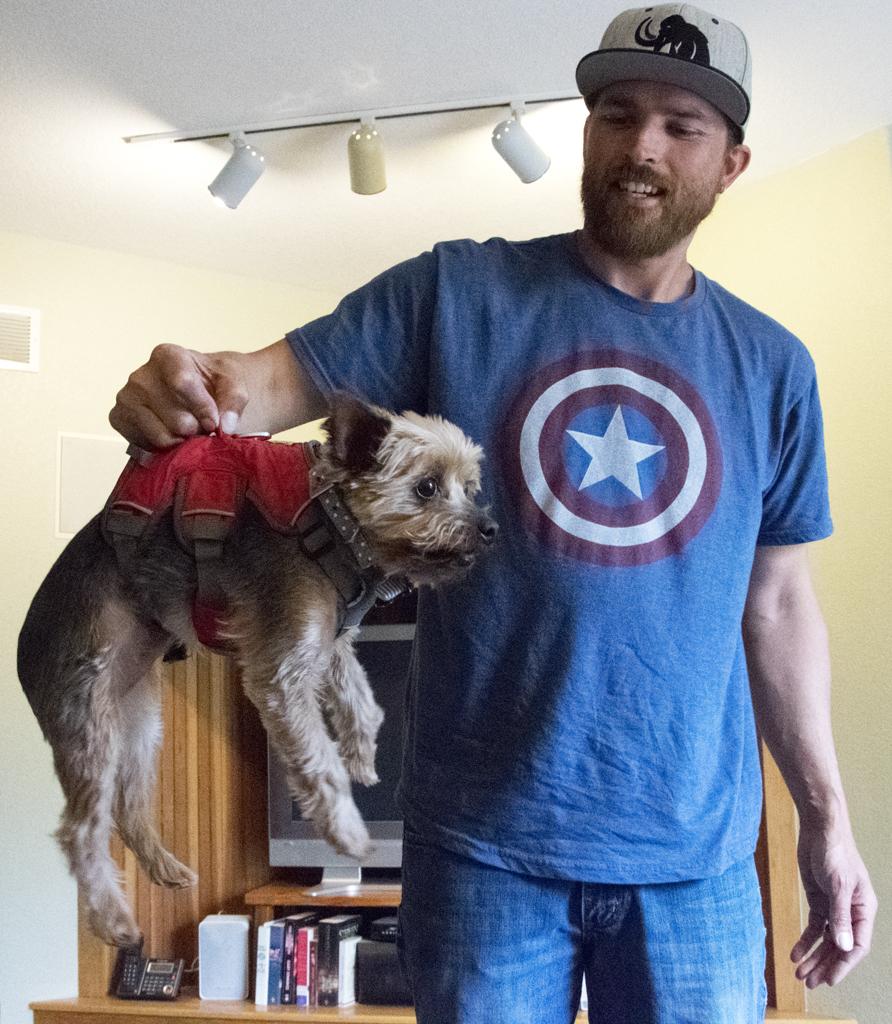