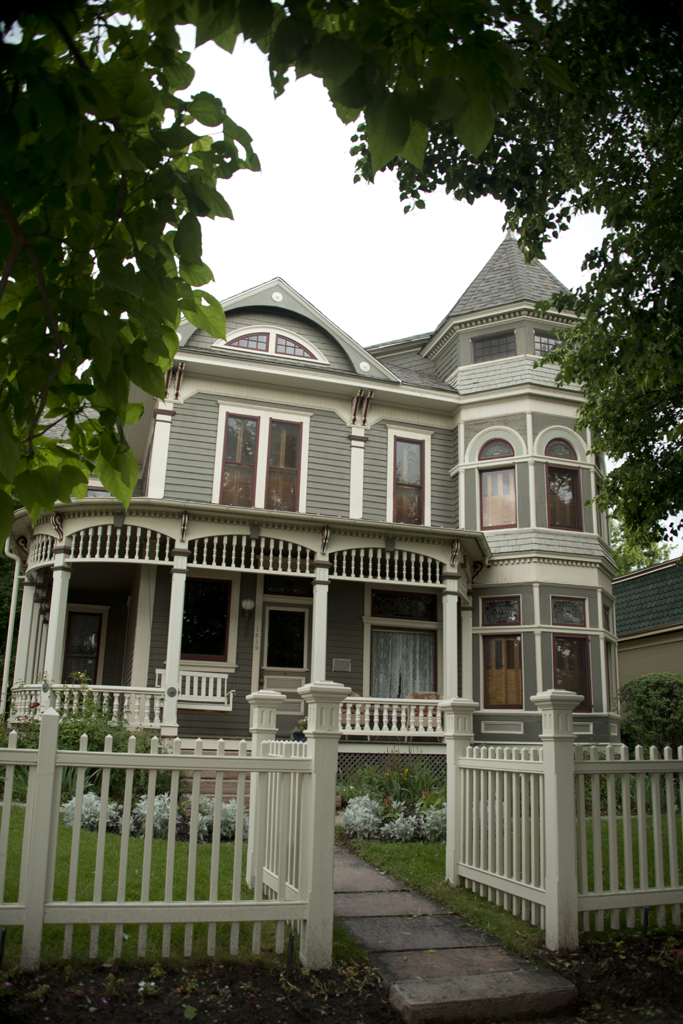 OMG!!! Those of you who knew me in college know that I was gaga for Robin Williams as Mork on the ‘Mork and Mindy’ TV show. In fact, I would organize a schedule among my friends to occupy the dorm’s only TV room at 7pm so that we could be in the position to choose the channel at 8pm when Mork came on. In addition, I had a ‘Mork Shrine’ on my dorm room door, and, later, in my apartment. It consisted of pictures of Robin Williams cut out of magazines and taped to two posters of him I’d taped together to make a door-sized hanging. I was smitten and all in. And, yes, I said, “Nanu nanu” and “Shazbat” and even had a pair of rainbow suspenders!

For those of you who don’t remember or know, Mork was an alien from the planet Ork, sent here to study humans. The show was a spinoff from the ‘Happy Days’ series in which Mork first appeared. Robin Williams was exquisite as the alien who didn’t know anything about Earth or humans. And exceedingly, exceedingly FUNNY! So unpredictable.

So, imagine my reaction when, a few weeks ago, I discovered that Mork and Mindy purportedly lived in Boulder, Colorado, and that I could go see their actual house! Of course, the interior scenes were done in Hollywood, but the exterior shots were all in Boulder. WOW! I immediately planned a trip up there to get photos.

To refresh or make your memory, here’s the opening theme of the show:

In order of appearance in the video, McConnell’s Music Store appears at :44 seconds. It was located on Pearl Street Mall, which I posted about a couple of weeks ago. At the time of the show’s airing, I believe the store was actually a bookstore or Frank Shorter’s Sporting Goods and later a store named Divas. Today it houses Athleta, a yoga gear shop. 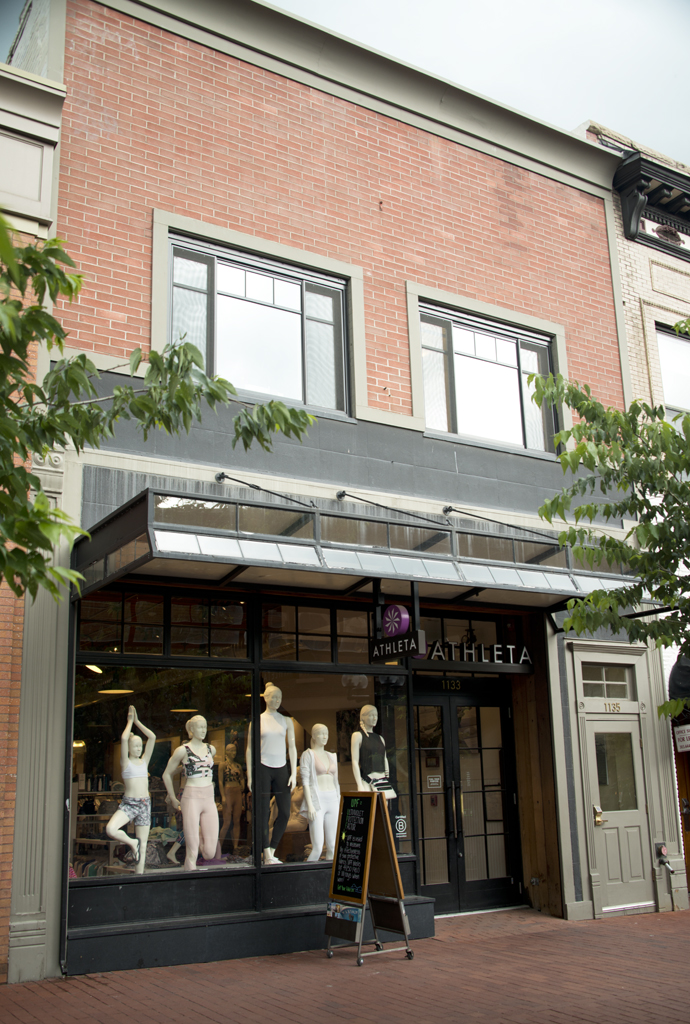 At :55 seconds in the video is Mindy driving down Boulder Canyon Road. While I don’t have a photo of that, I DID recognize the area when I re-watched the video last week.

Just a few blocks off Pearl Street Mall, the house is at 1619 Pine Street. It appears in the video at 1:04. Its official title is the McAllister House because a lumber magnate by the name of Ira McAllister built it in 1883. It’s Queen Anne style, and it’s gorgeous! 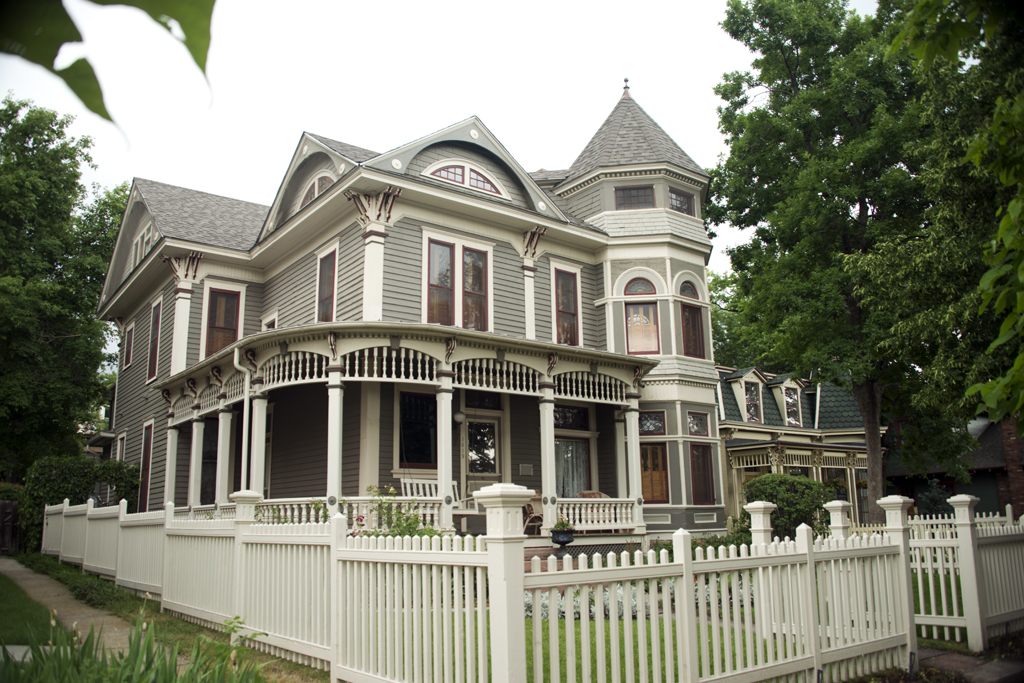 You can see how much the trees have grown over the last 40 years. 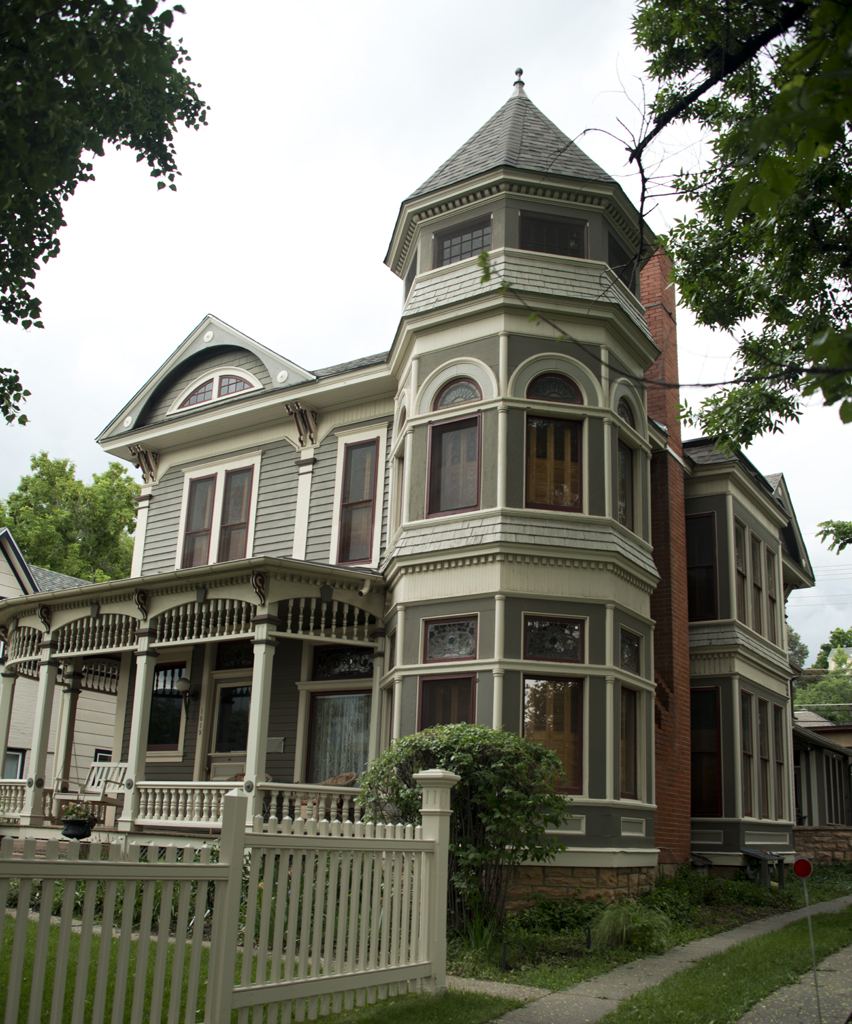 I’m excited to report that I was able to park my car in the exact same spot that Mindy parks her Jeep in the video! 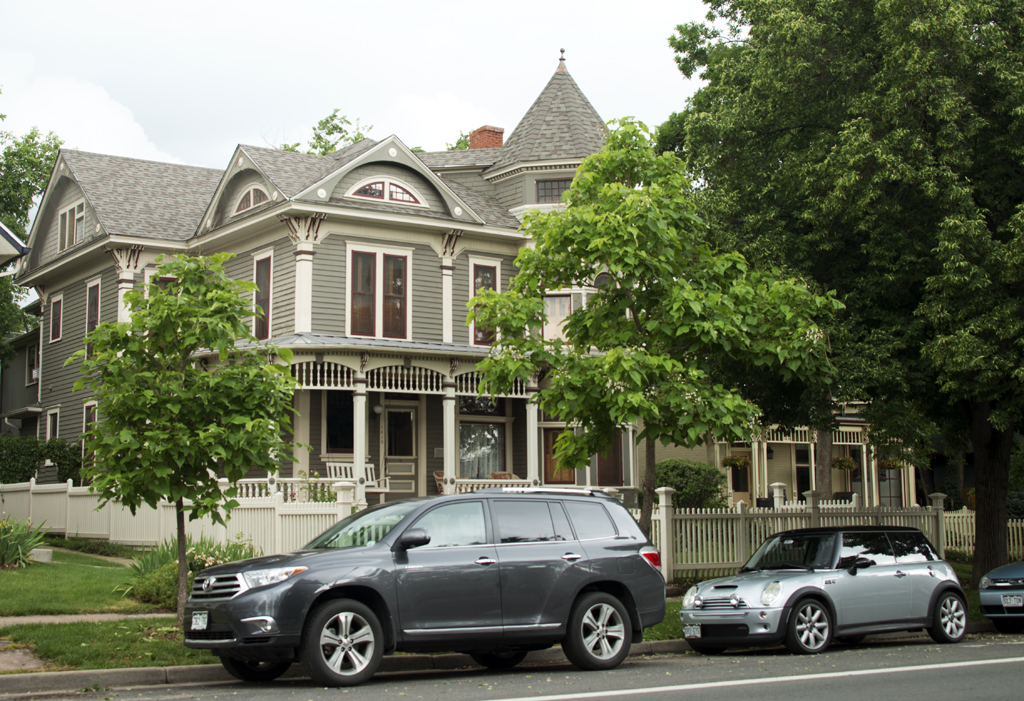 I sure wish Robin Williams had been sitting upside-down beside me! I’ve read numerous accounts of the fact that, when Robin died, hundreds of people showed up at this fine house and left mementos on the fence, with tokens of love and messages about how much he would be missed. Since it’s a private residence, I have to give big ups to the owners, who allow fans to do such and don’t mind if people gawk and take pictures. In fact, there was a woman doing yard work there when I was visiting that day. She wordlessly disappeared into the house while I took my pictures. I was respectful, no matter how much I wanted to ask to go inside that beautiful mansion and look around!

Wikipedia says that this house was also used for exterior shots of the ‘Perfect Strangers’ series as the residence of Larry and Balki. Plus it was evidently used in three episodes of ‘Family Matters’ as Urkel’s girlfriend Myra’s house. It’s famous.

Back to the video: Although I don’t have a shot of it, the football field at 1:18 is the University of Colorado Boulder football field. Mindy was supposedly a student there.

There are other Boulder locations that don’t appear in this theme. Instead, they appear in a second theme used in the series. If you’re interested, find that here.

The New York Deli was a place where Mork’s friend Nemo worked. Back in the day, there really was a New York Deli on Pearl Street (:44 in the second video), just three doors down from the music store. However, now it’s a sushi joint called Hapa Sushi. 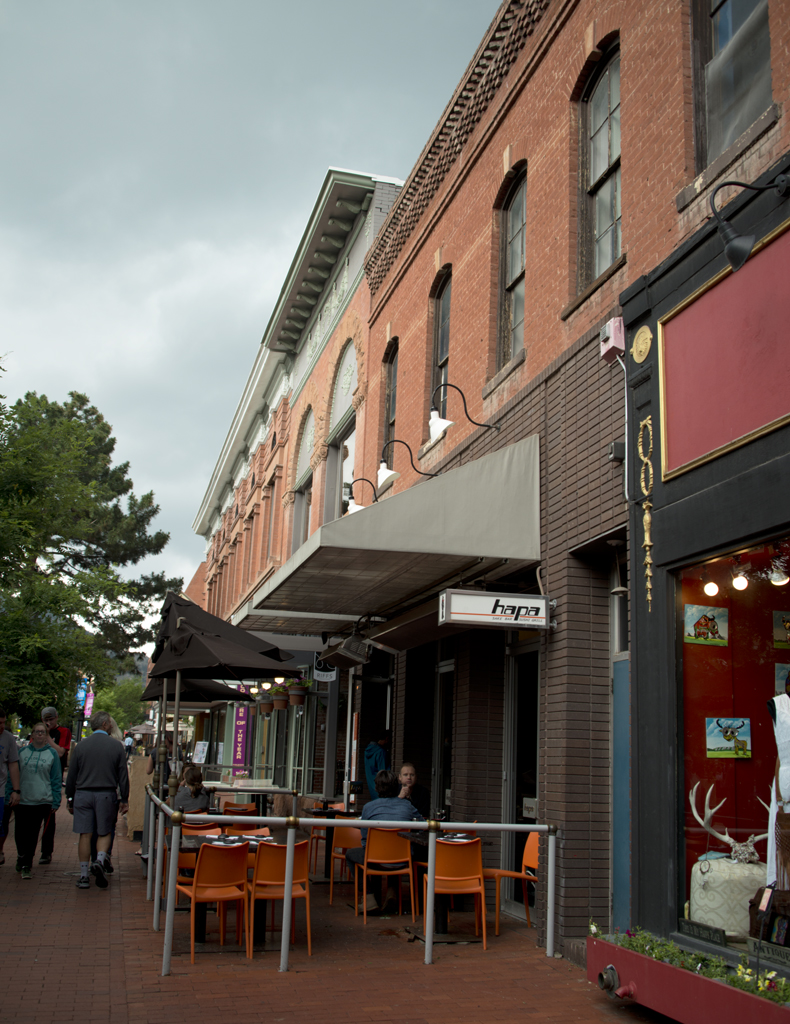 As a nod to its history, the restaurant has a Mork and Mindy roll on the menu. It has tuna, salmon, chives and orange slices in it. Well, you KNOW I had to have that for lunch! I can recommend this as a good sushi place, too. However, I’m a little concerned because the Mork and Mindy roll appears on the menu after the 69 roll and the orgasm roll. There’s a multiple orgasm roll, too, but I didn’t have any of those that day.

Here you can see the Mork and Mindy roll on the right. On the left is an appetizer called Magic Mushrooms. Awesome! But not that kind of magic mushroom… 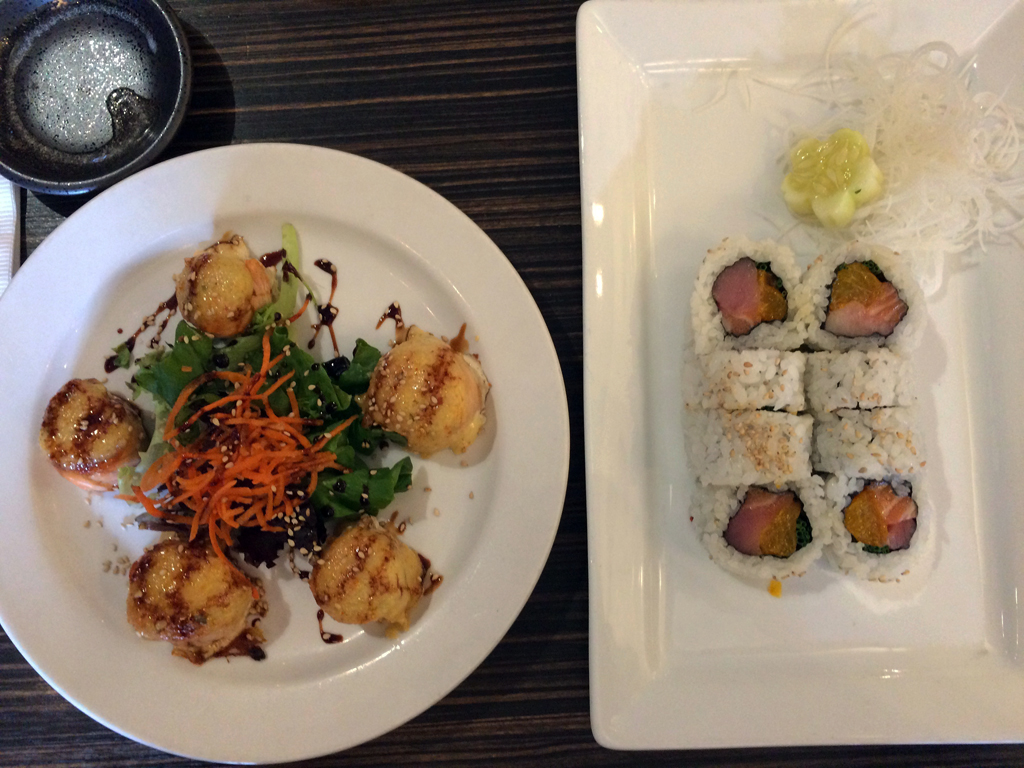 Between Pearl Street and Pine Street is the First United Methodist Church on Spruce Street, which was used in the episode where Mork and Mindy get married: 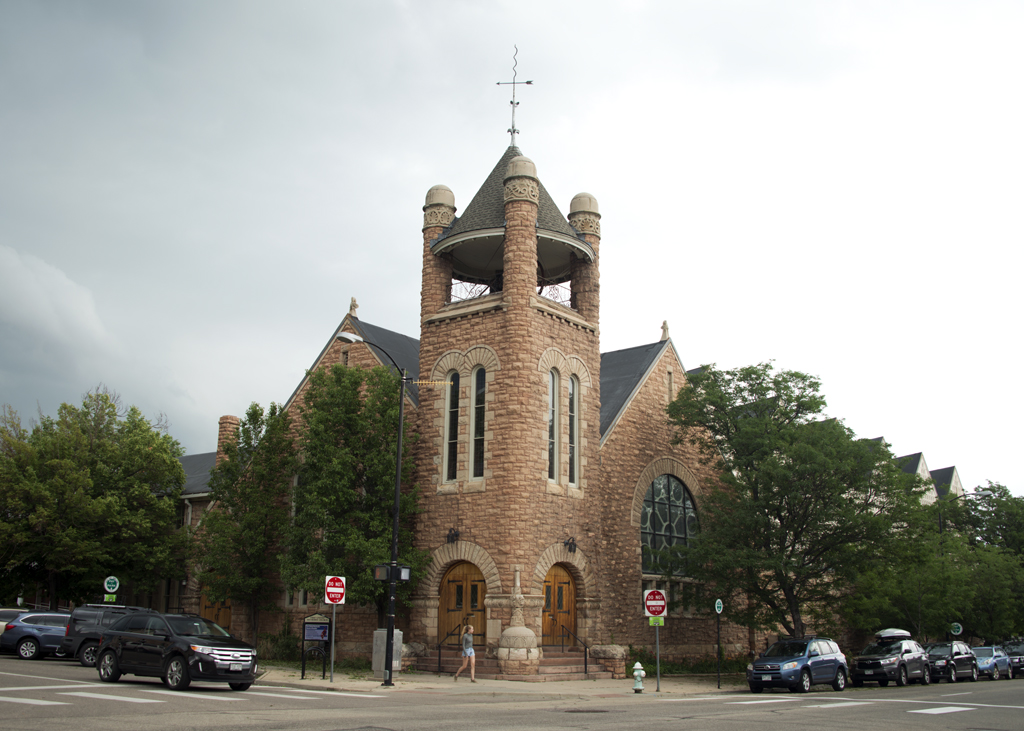 Lastly, there is a scene where Mork and Mindy are flying a kite against the backdrop of the Flatirons (:29 in the second video). I managed to locate that, too. It’s a little outside of town, on the road to the National Center for Atmospheric Research: 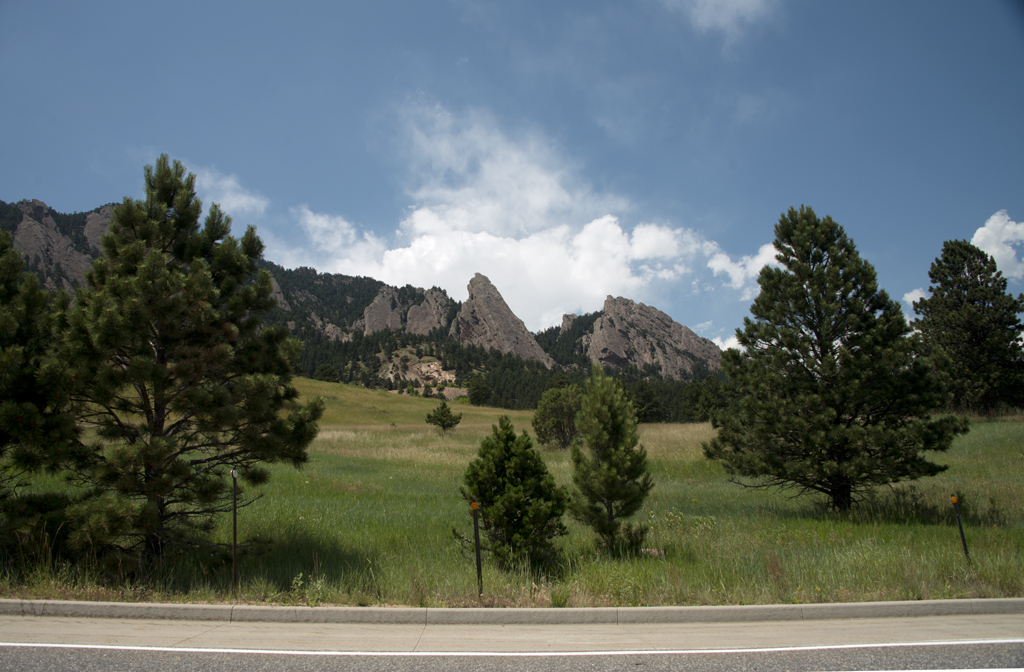 Other Mork and Mindy trivia I learned researching this article:

There are several other sites in Boulder that were used on the show as well. Next visitor gets to see them firsthand! 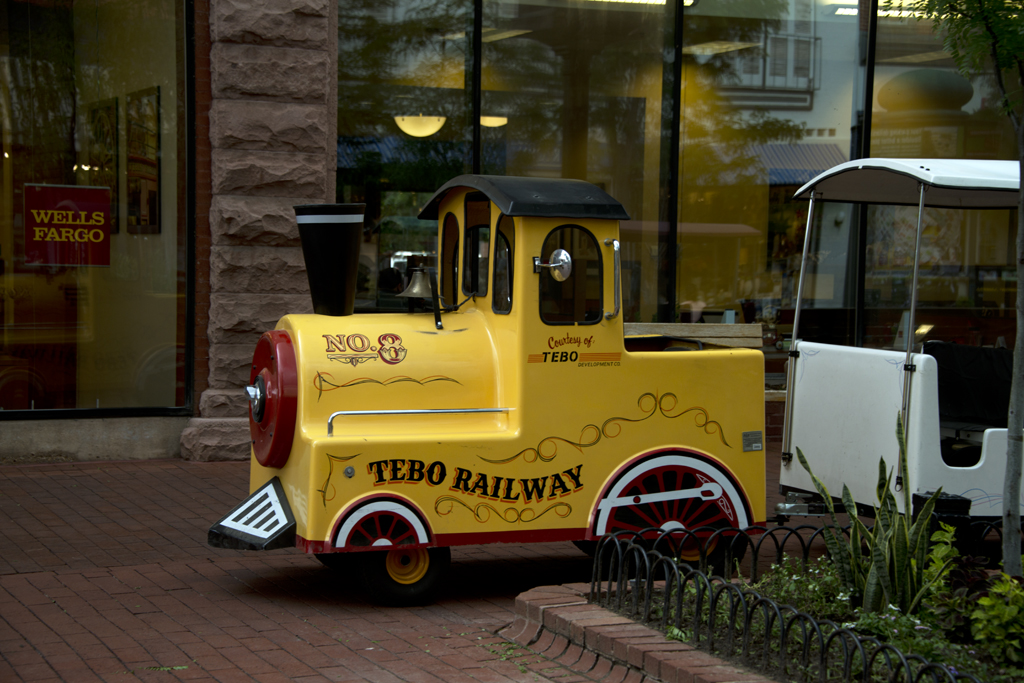 4 thoughts on “‘Mork and Mindy’ Tour of Boulder, CO (Tribute to Robin Williams)”