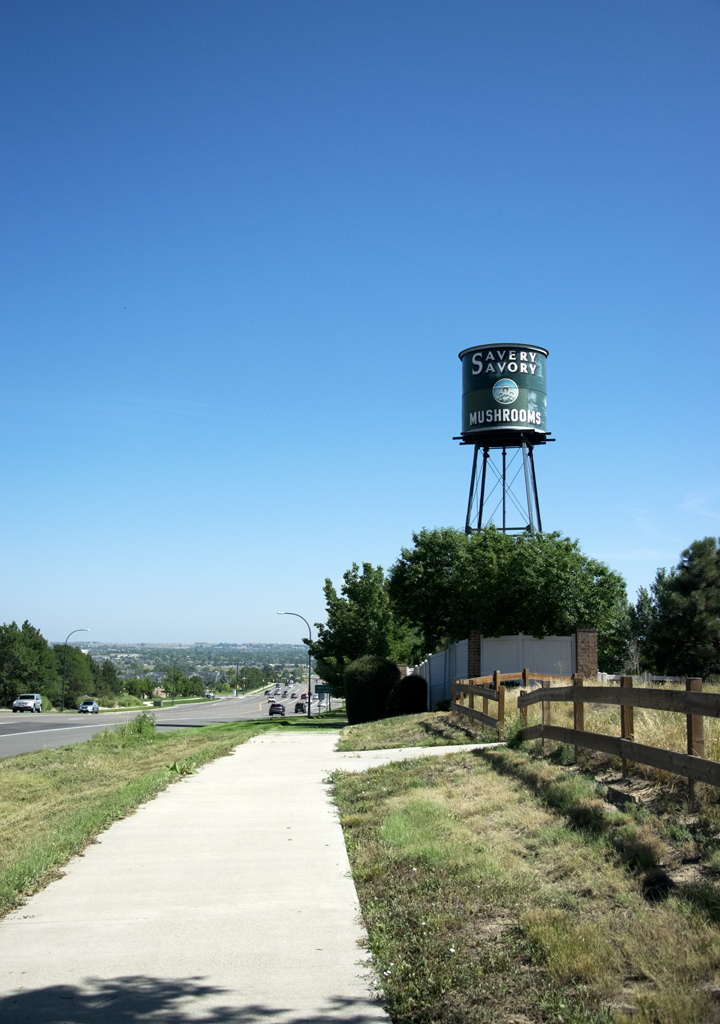 In keeping with my recent theme of tall things painted like small things (as in last month’s post about the No. 2 Pencil Smokestack), this week I bring you a water tower painted like a can of mushrooms.

It seems apropos of nothing at its location, so I decided to check into it. Turns out, there used to be a mushroom grower at the site and this was its water tower. The grower operation was founded by one Charles Savery of Pennsylvania. With a name like Savery, he pretty much had to do something in the food industry, dontcha think?

Actually, mushrooms were his third career, after a lumber yard in Philly and then a mining stock brokerage in Denver. His office was in, whaddaya know, the Mining Exchange Building, which part of my post was about last week.

Savery opened the mushroom business in 1922 in downtown Denver, but the locals complained about the strong manure smell. I guess that old saying about keeping mushrooms in the dark and feeding them horse shit is actually true! Anyway, he moved it to the Westminster area where the water tower now stands. In fact, the water tower served the operation itself. For lots and lots of information about Savery and his life, plus several interesting historical photos, including the mushroom growing sheds and a portrait of Savery himself, along with everything you ever wanted to know about mushroom farming, click here.

The Savery Savory company supplied mushrooms to a large swath of the country in its day. It operated until 1953 and expanded to several other locations in other states. Savery retired that year and the business closed. All that’s left today is the water tower, which stands next to a playground on the outskirts of a housing subdivision. 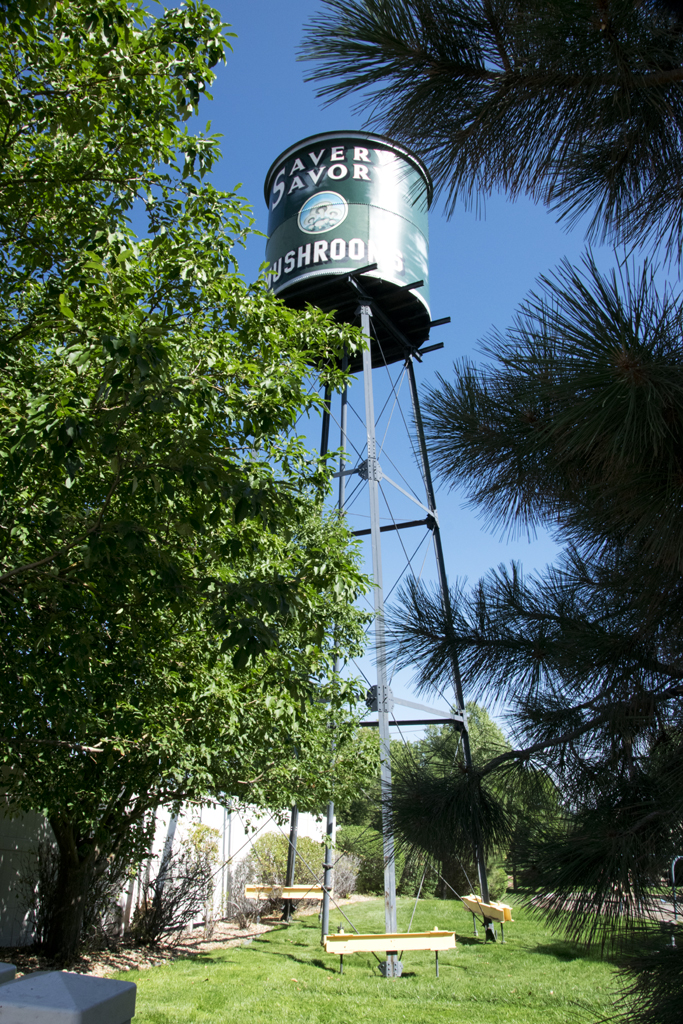 Nearby is the Mushroom Pond Open Space. The tower stands just out of the frame to the left of this picture: 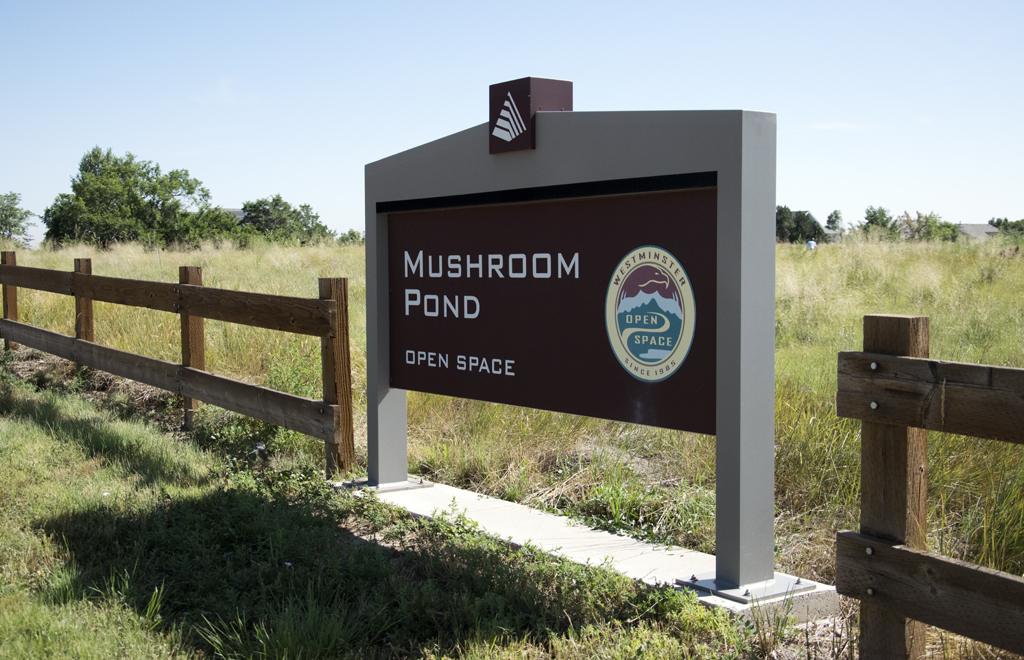 The water tower was painted to look like a can of mushrooms, I believe, almost from the first day it was built, around 1925. In the 1950s it even had neon outlines to the letters that lit up at night. I read that it used to have a conical top, but that was removed to make it look even more like a mushroom can. And, because people have realized its historic significance, the paint on the tower has been refreshed in the old design as recently as 2006. 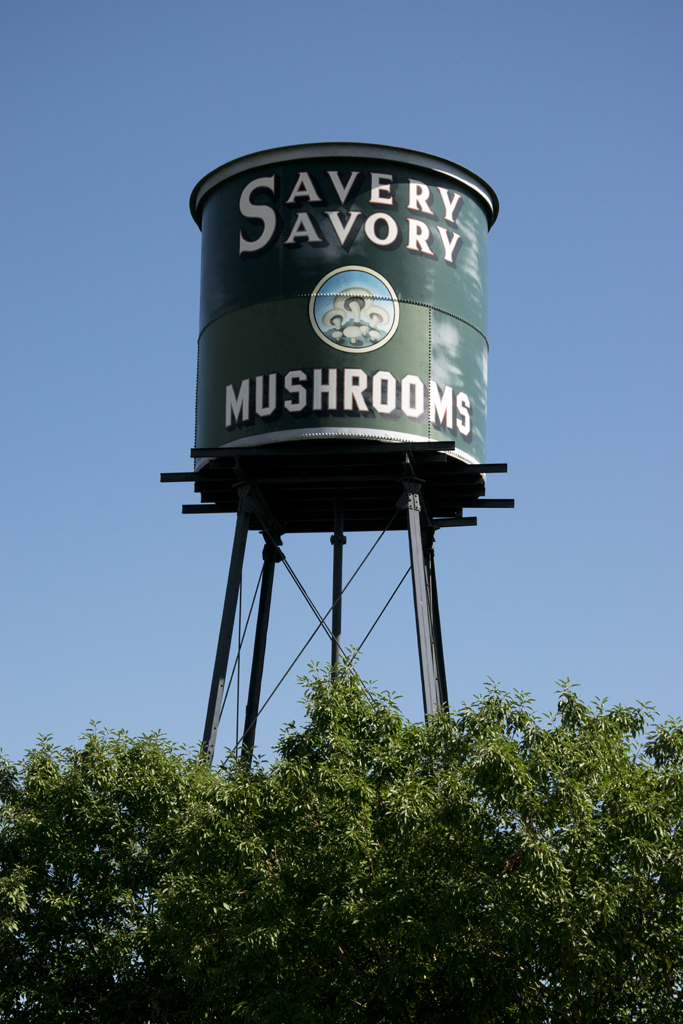 I’m not sure if the water tower is operational anymore; I kind of doubt it. But it is a quirky, fun sight to see as you drive up/down N. Federal Boulevard between 108th and 112th Avenues. And now I know its interesting history. So do you! 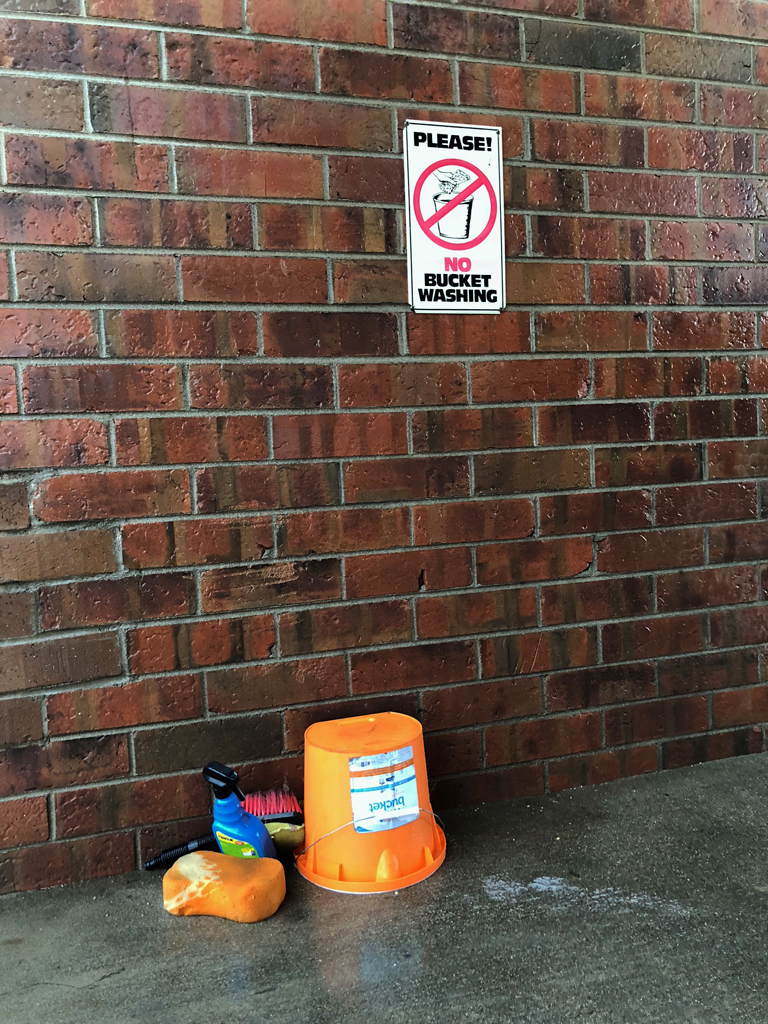