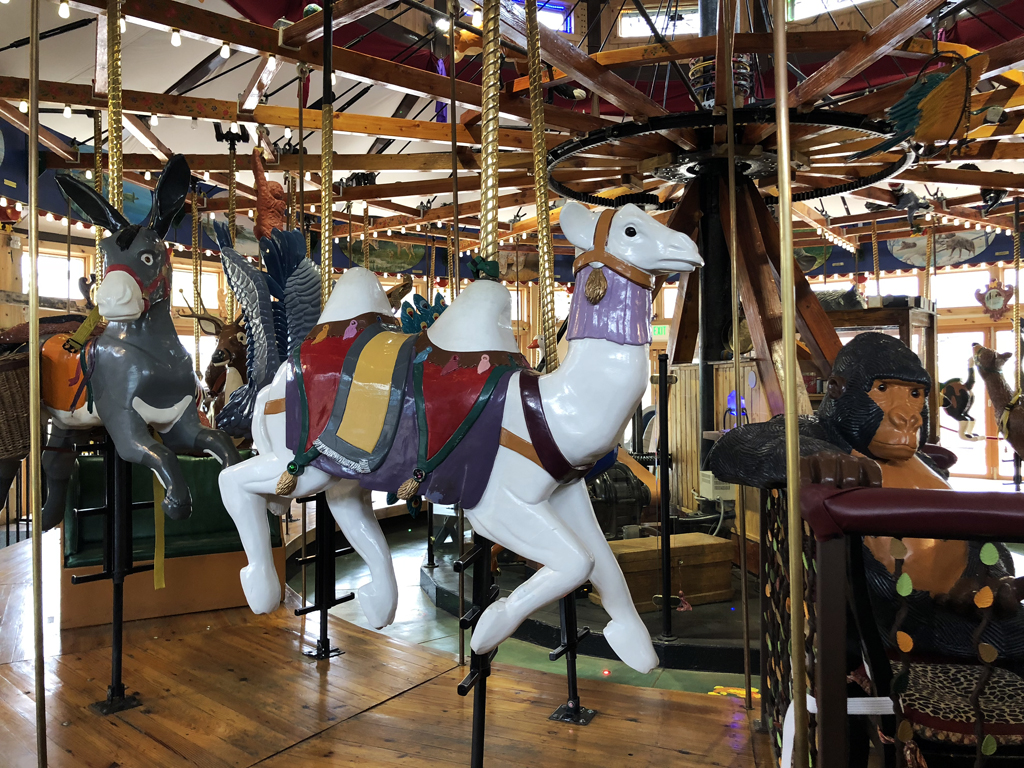 You KNOW how much I love Denver’s Union Station! So, even though this post is actually about a different town entirely, I wanted to show you this display that was in Union Station for the month of October called “The Enchanted Pumpkin Patch”. 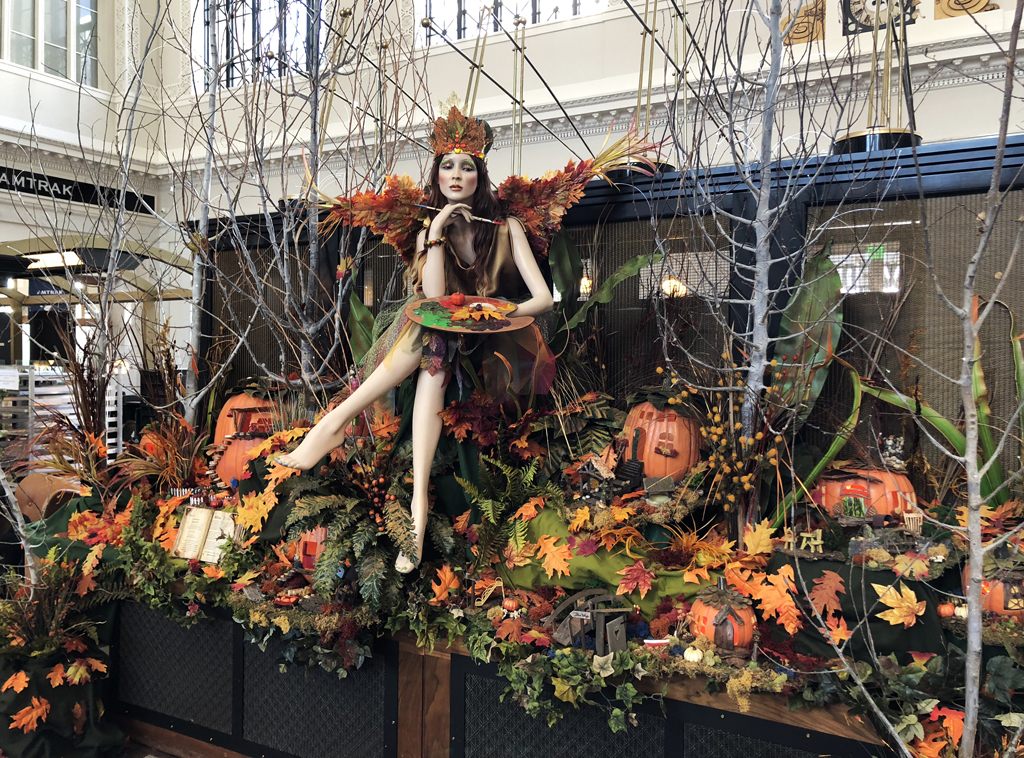 It’s so lovely and striking, even amidst the other fall and Halloween decorations crowding the place. I found out that the artist is Scott M. Soffa of SMS Studio LLC in Denver. Check out their website; wonderfully beautiful designs there! In addition, Denver’s Museum of Outdoor Arts had a hand in bringing this beautiful display to the Station, too.

So, back to it. Recently I returned to Nederland, Colorado, a little town I’ve written about before. My husband was there, of course, and we were squiring around a friend who has become one of Colorado’s most recent residents! The day’s weather was overcast, chilly and raw.

But I had in my mind to visit the – drum roll, please – Carousel of Happiness! Since we had ventured into only half of Nederland on the previous visit, we had much to discover, it turns out, though Ned is a fairly small town. We found it without much trouble, within walking distance of everything else. 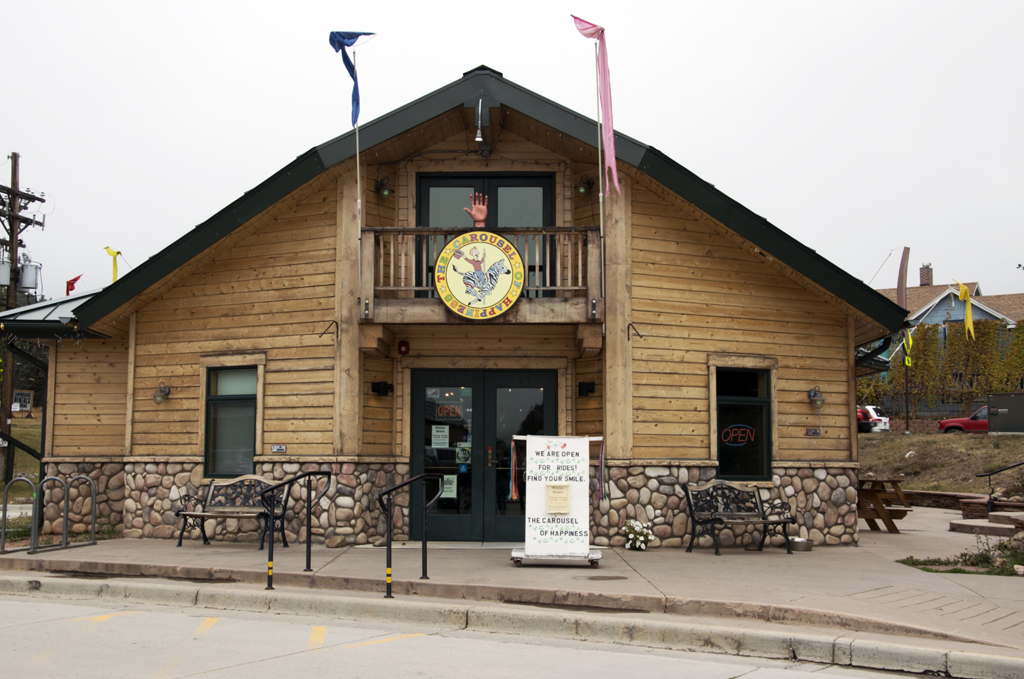 We paid our dollar and entered the most fantastical place I’d seen in a while! 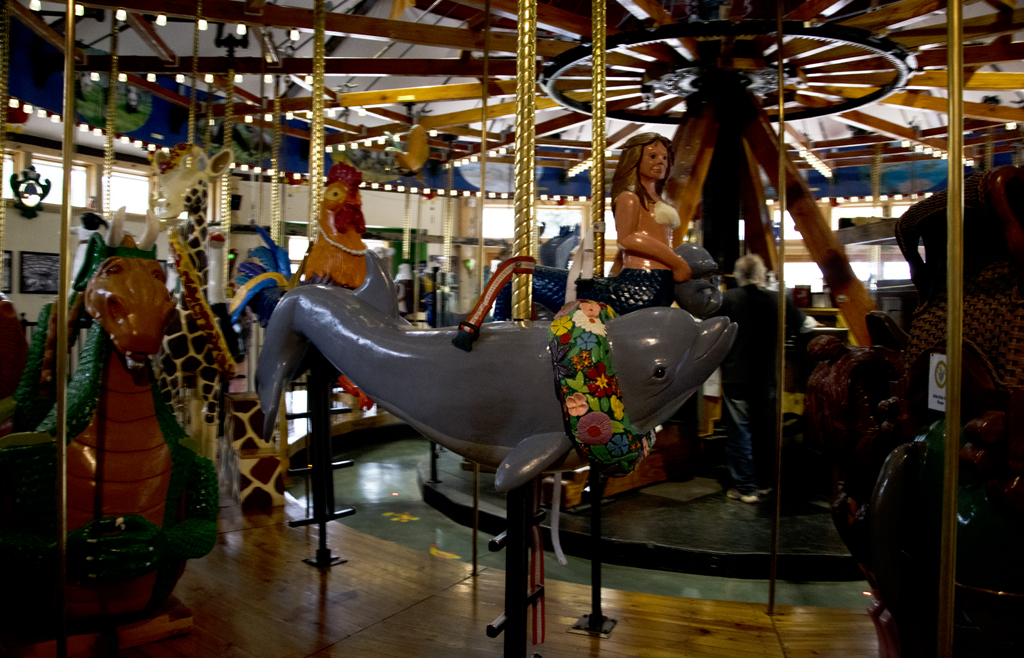 The Carousel dates from 1910 and has a storied past. It started out in Salt Lake City and survived several natural disasters and a couple of moves. In 1986 it was dismantled and the original animals were sold. It was then that Scott Harrison, a Colorado resident and Vietnam vet rescued the frame and moved it to Ned.

Scott, who’d never carved wood before, set about carving more than 50 animals to repopulate the carousel. It is said that he did it to deal with the sadness he’d brought back from Vietnam. Just as he was finishing up that years-long endeavor, the people of Nederland rallied around him and raised $700,000 to build the carousel’s home building. It opened to the public in Ned on Memorial Day 2010 – it’s touching that the first run was a silent one in honor of fallen vets, including Scott’s personal friends from the war. 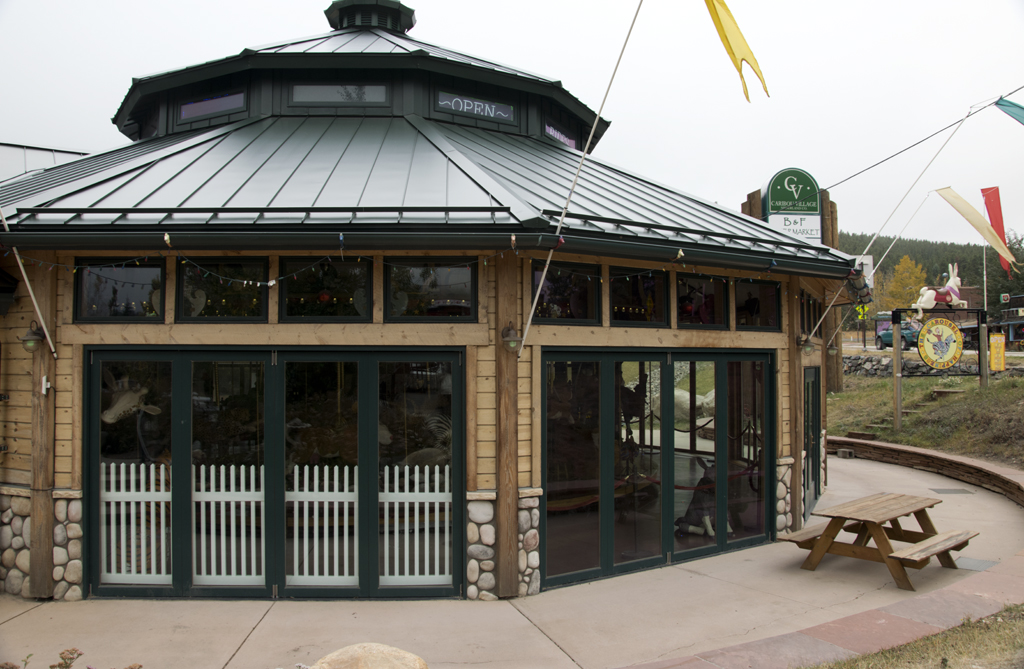 And here are some of the beautifully carved figures: 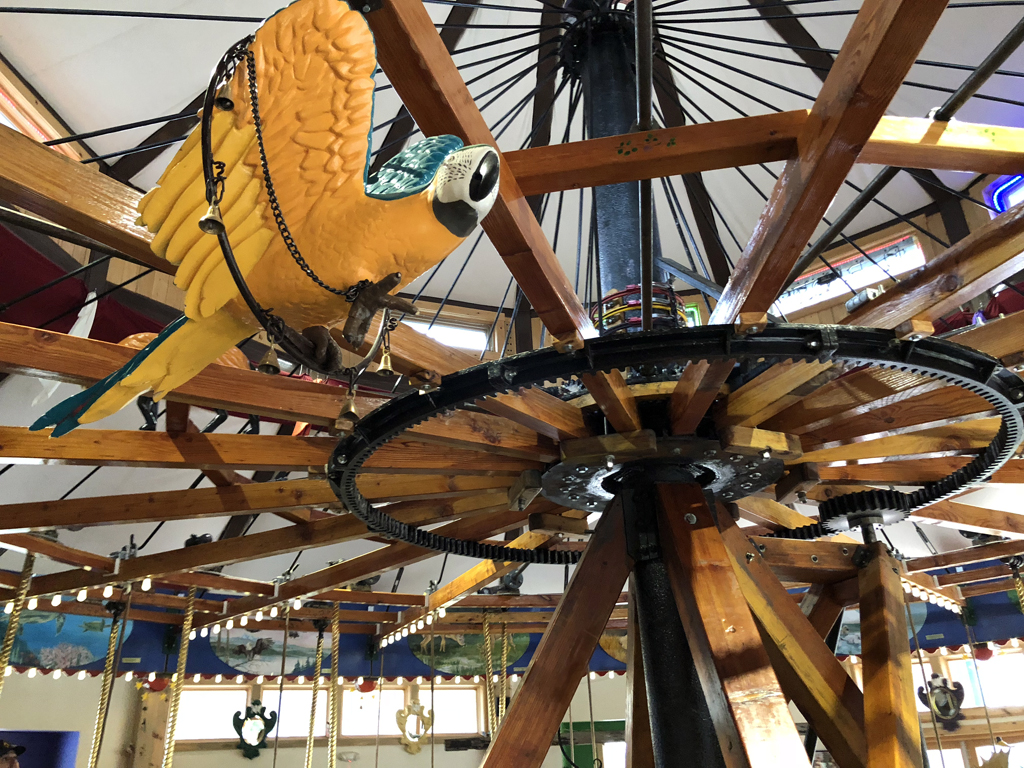 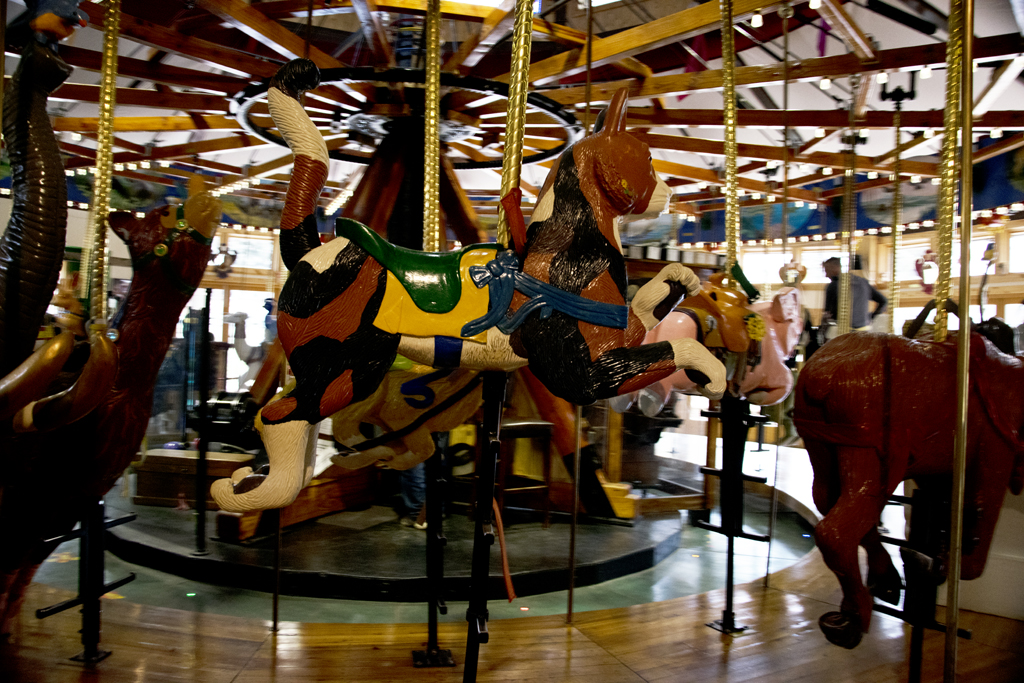 We three adults mounted our steeds and away we went! It was the best few minutes ever! I smiled the rest of the day! The Carousel of Happiness is certainly named appropriately. And thanks to Scott Harrison for turning his war angst into one of the most delightful experiences people could have. 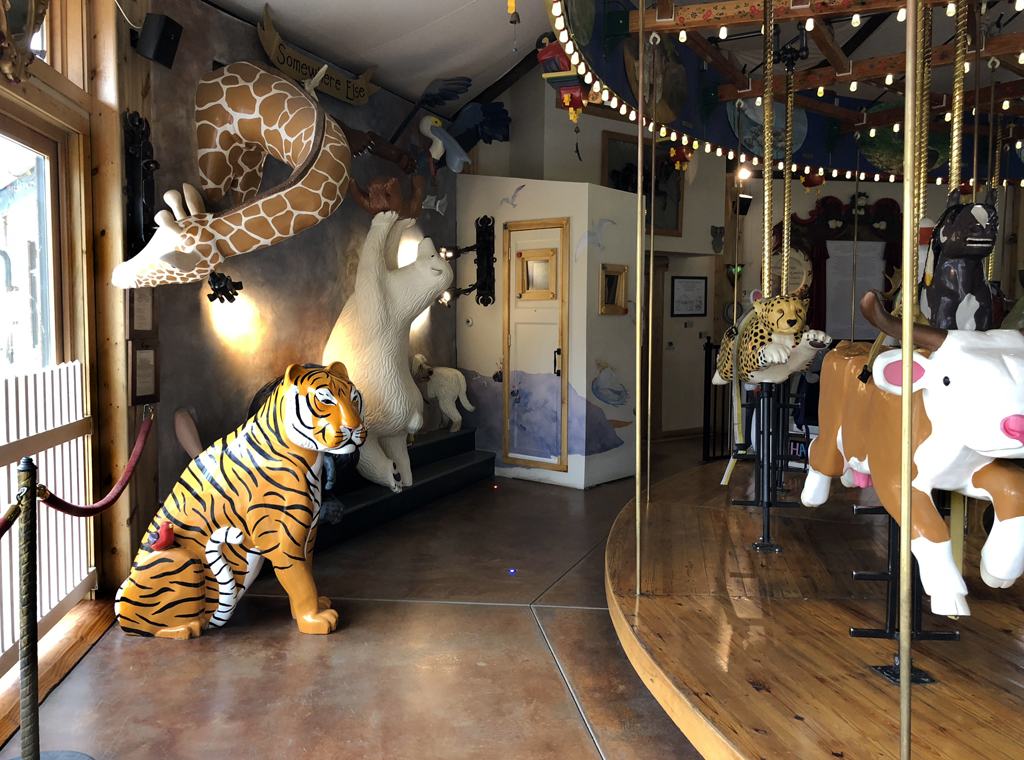 Music is provided by an old Wurlitzer “band organ” from 1913. You can see it in the photo below encased in glass in the center of the carousel. Those boxes on top the case are the recordings – kind of like a music box cylinder or player piano roll. 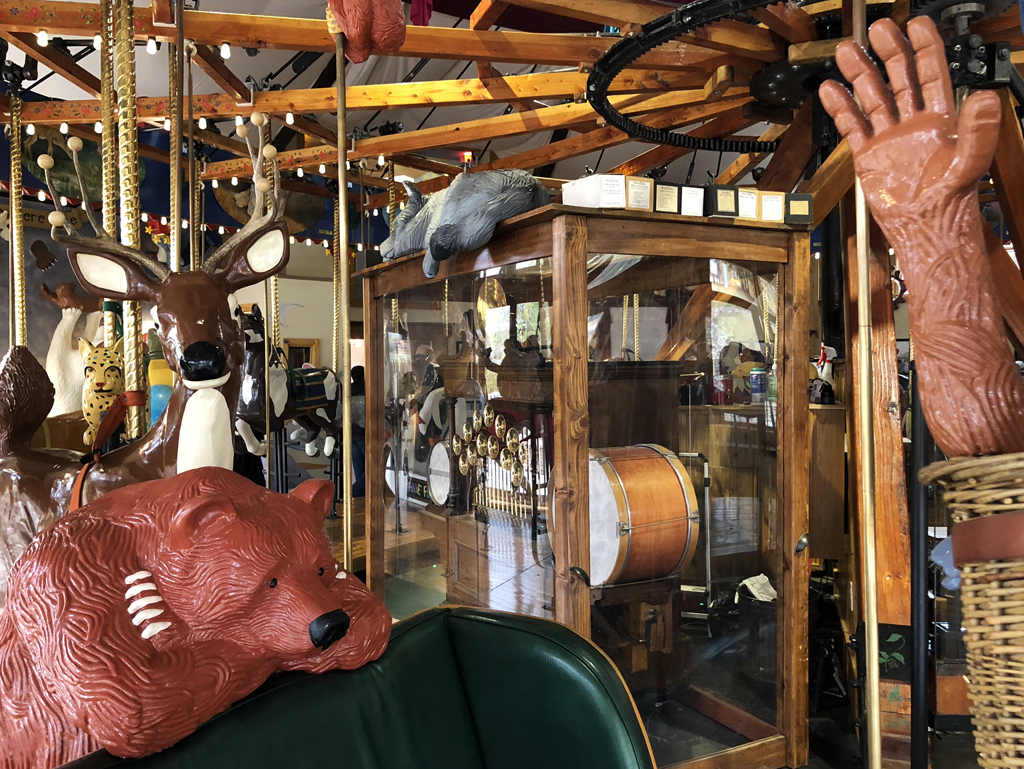 What a wonderful day! I will be venturing back up to Ned on occasion to get my smile on with a ride on the Carousel of Happiness! Hats off to the people, mostly volunteers, who keep this place open and make the experience even better with their happy faces and welcoming actions. I can’t recommend this place enough! 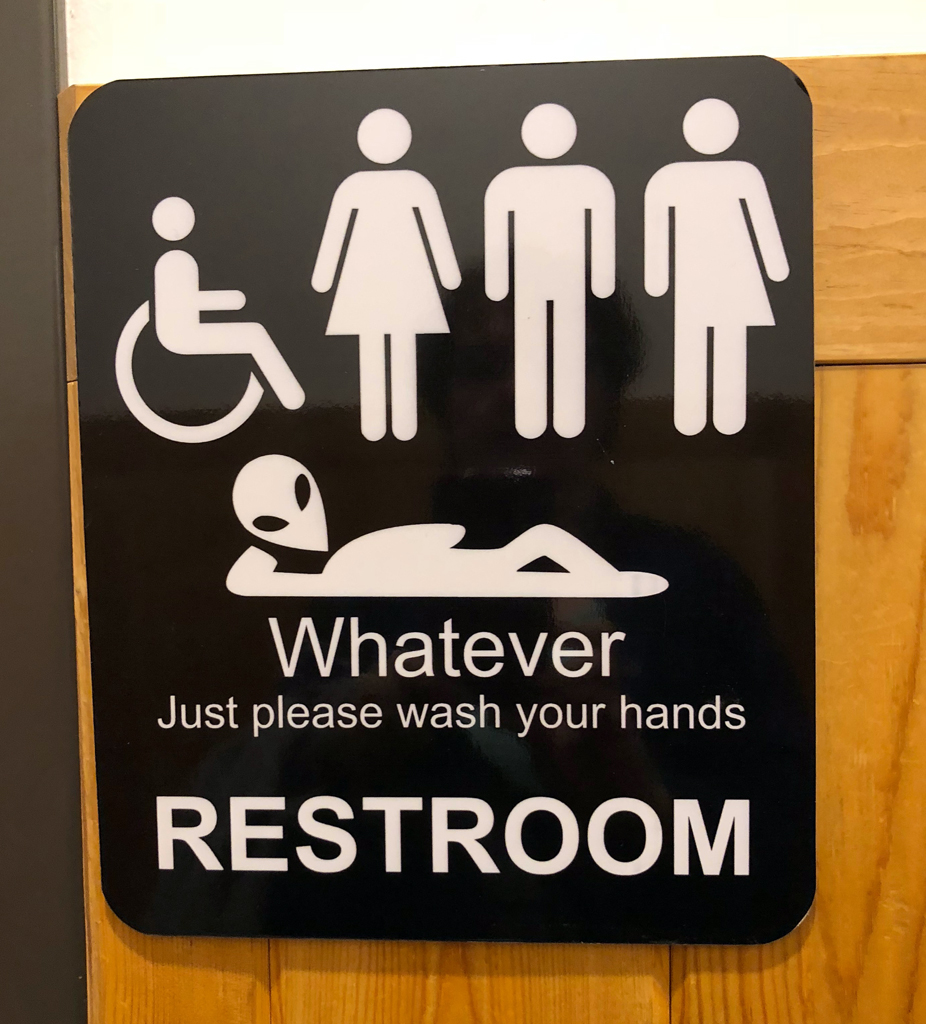