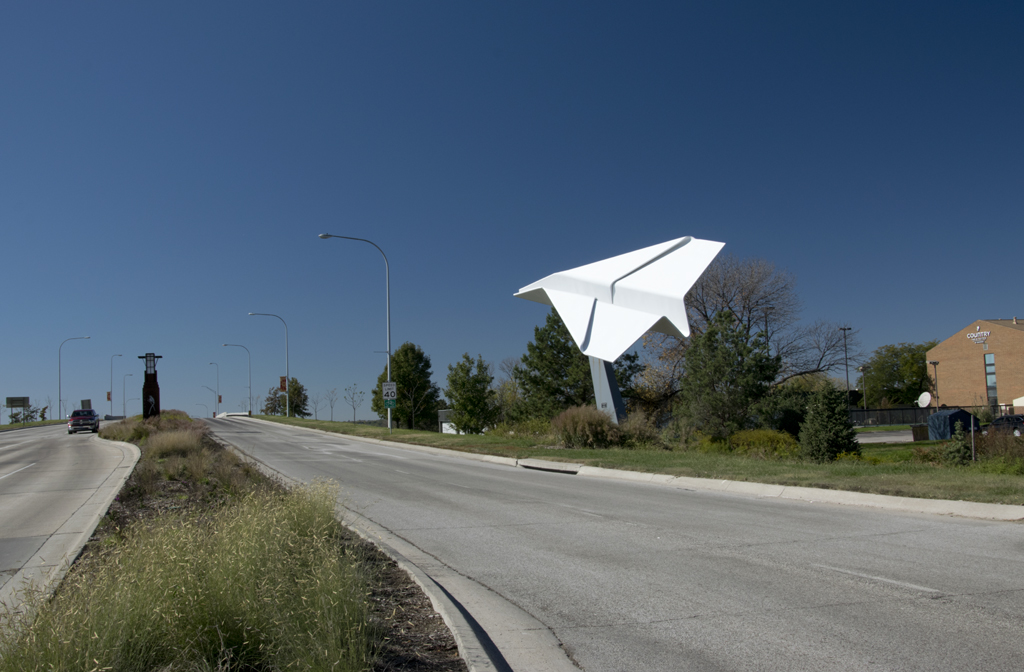 If you saw last week’s post about Lee’s Chicken Restaurant in Lincoln, Nebraska, you know I made mention of trawling roadsideamerica.com for quirky things to photograph. In addition to Lee’s, I saw info about a giant “paper” airplane made out of metal in Lincoln. It stands at the entrance to the airport there. On a really sunny, almost hot, day, I made my way to the appropriate location and there it was! 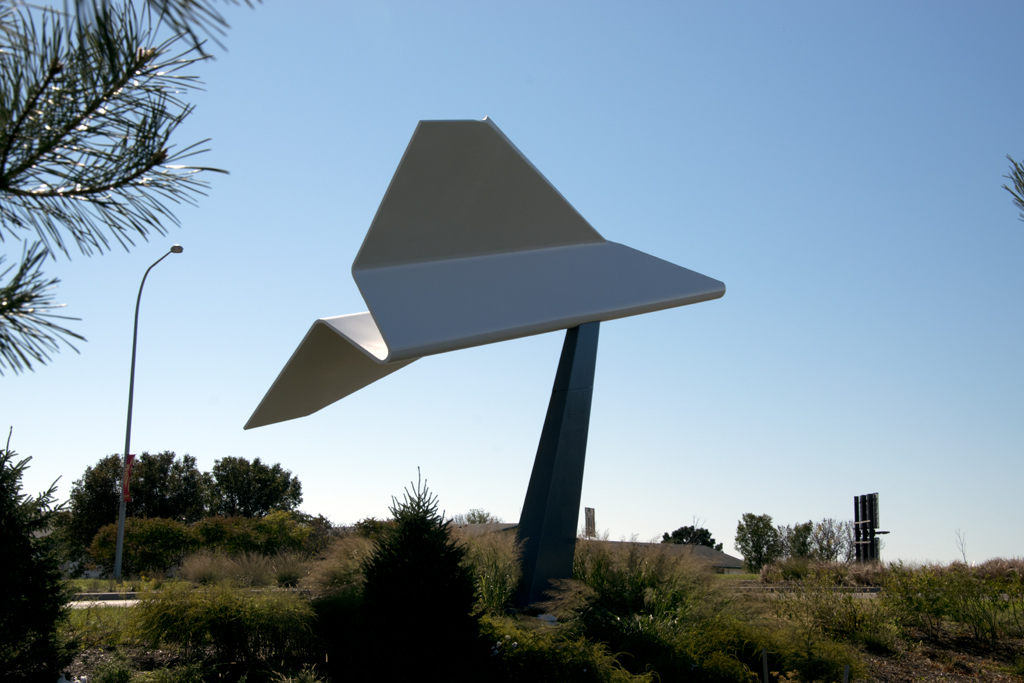 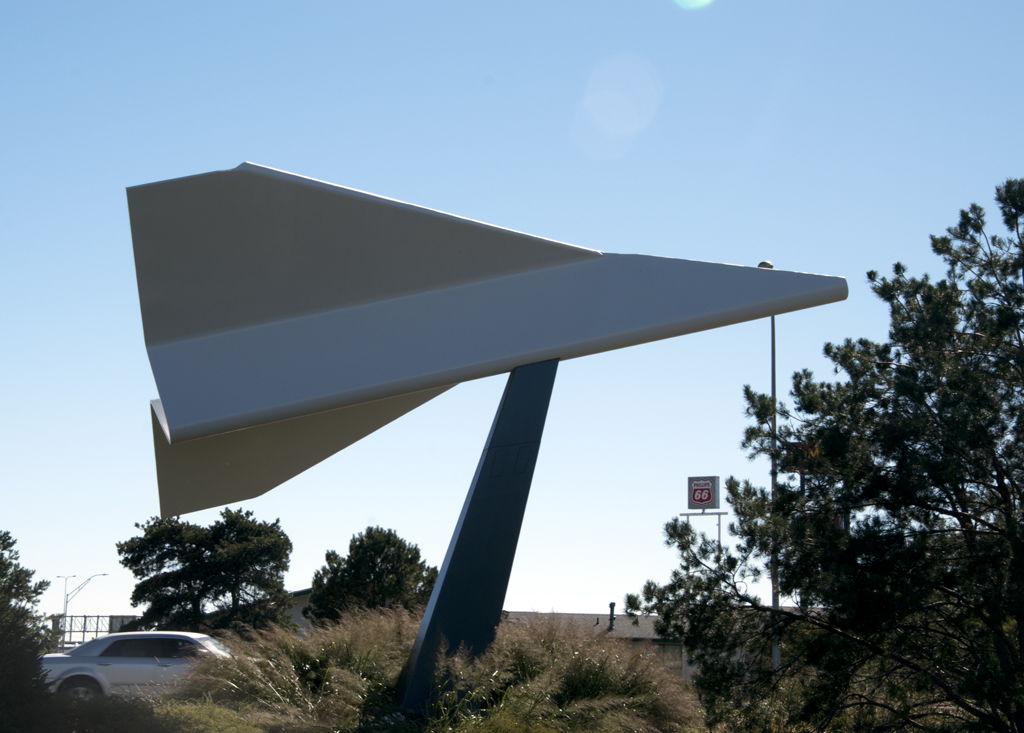 As useful as roadsideamerica is, there usually isn’t much background information about the sites. My research gene kicked in when I began writing this blog post and I found out why a 23-foot high, metal “paper” airplane with a wingspan of 20 feet made its way to the top of a post near the Lincoln, NE, airport. I mean, the thing weighs 14,000 pounds!

The city leaders wanted to enhance all the key entry points into Lincoln, and they chose artist Shannon Hansen to create this permanent piece of public art. She named it Pitch, Roll & Yaw, aero-type terms, you know. It even has aircraft paint! It was installed in 2015.

This huge gradeschooler’s dream was financed by the Duncan Family Trust. Now, the Duncans have been in the aircraft business since 1956. Donald Duncan had been an Iowa farmer and car salesman before becoming a Beechcraft salesman back then. His company, Duncan Aviation, kept adding services and locations to their business, with Lincoln as its HQ. Today it’s a big operation, still in the family, with parts, repair, fuel, avionics and a host of other services planes need. They even have a location here in Broomfield where I live!

The Duncans inspired the idea for the sculpture. And it was Duncan Aviation in Lincoln that applied the aircraft paint job to the sculpture. I found photos of the manufacturing process and there’s even a picture of the Duncans sitting inside the sculpture after it was installed! Kudos to that photographer! 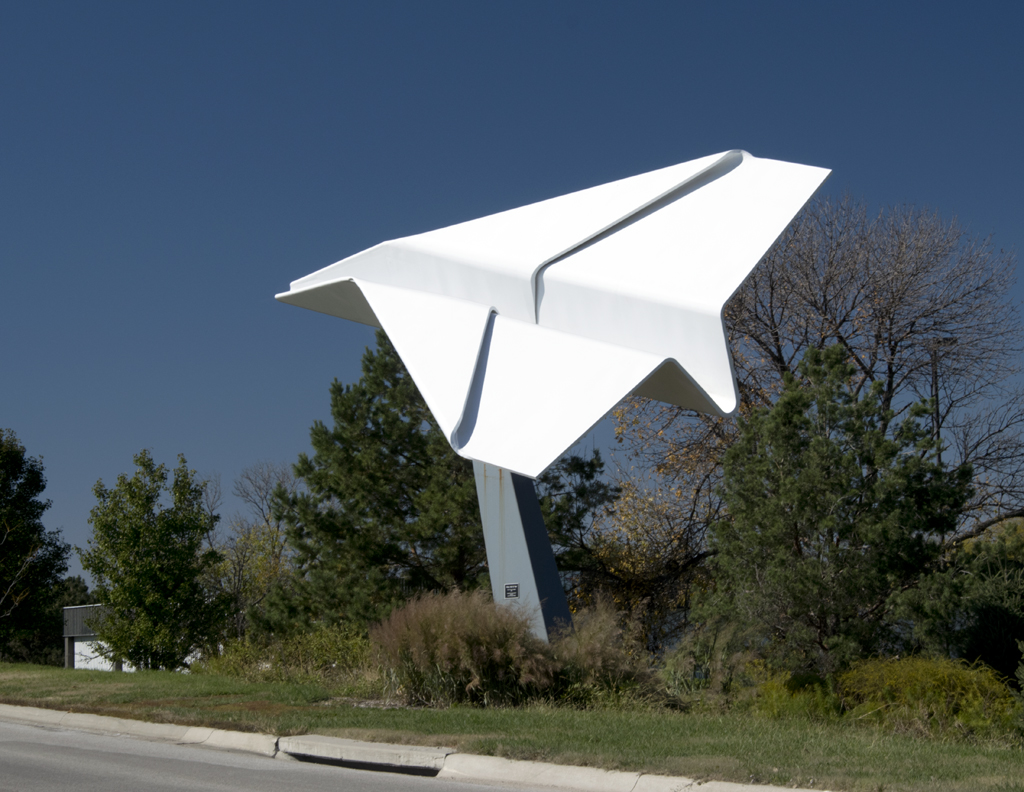 The artist says that the sculpture is not meant to have any deep, abstract meaning. It’s just fun, playful and enjoyable. I would add it’s very appropriate for an airport entrance road, too. Don’t you appreciate the artwork even more now that you know the background? 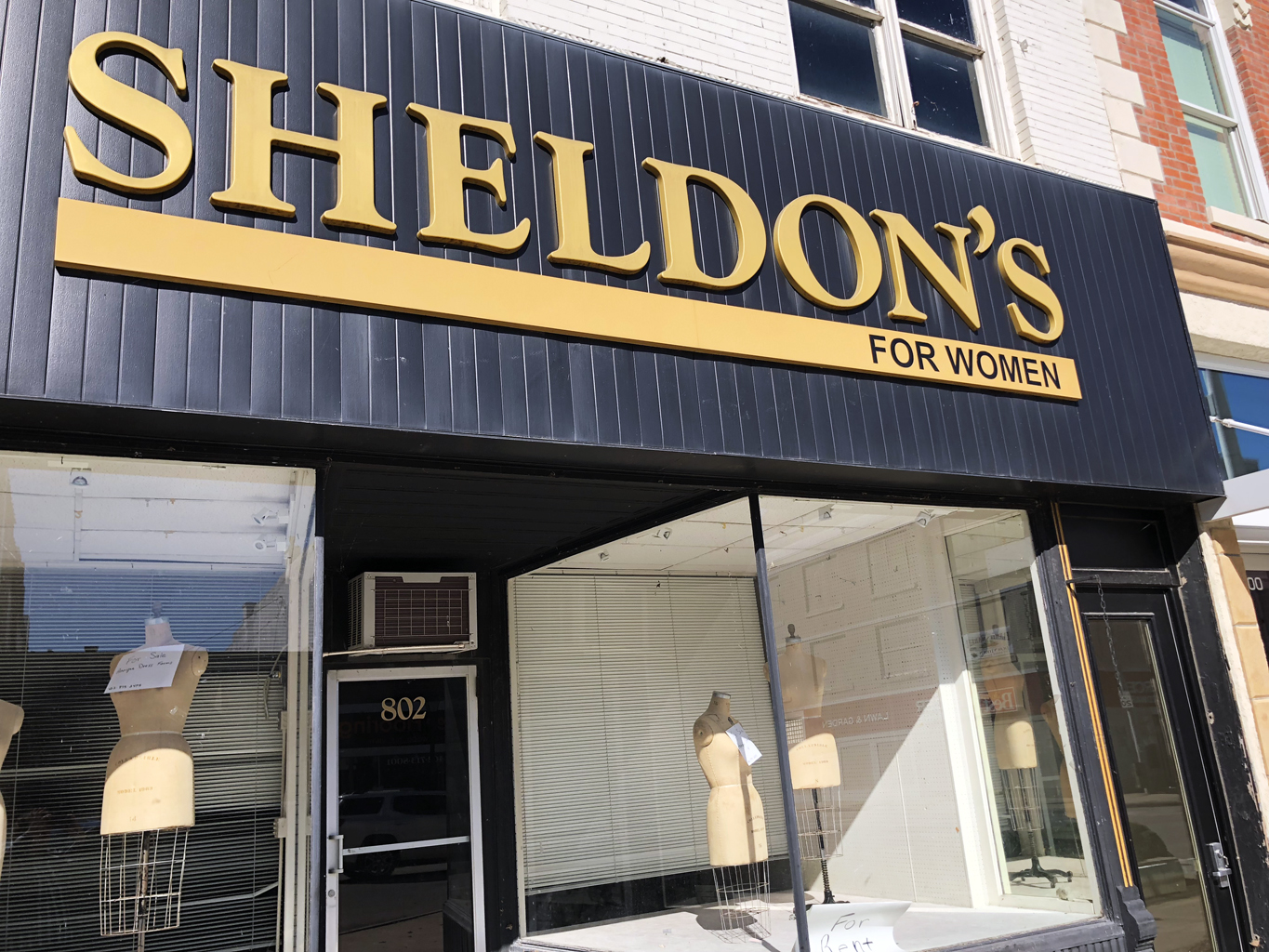