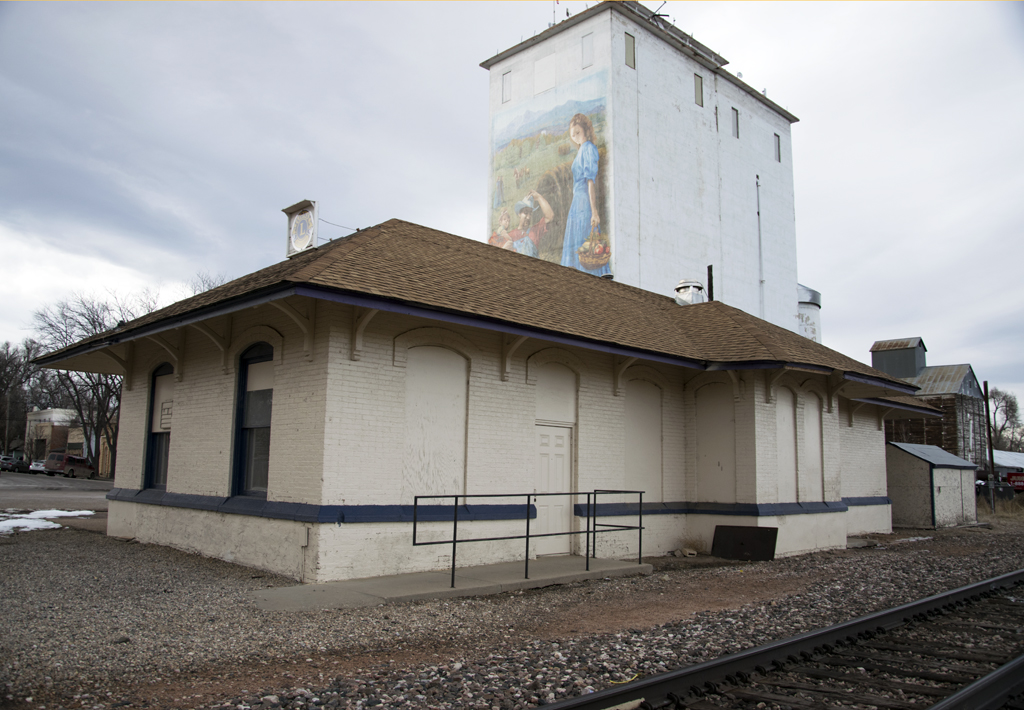 While out exploring with my friend Laura, we ended up in the small town of Berthoud, Colorado, about an hour’s drive north of Denver. The reason? Laura had picked up a Berthoud tourist magazine somewhere, plus we felt like a drive. And so we drove.

Berthoud is very small, about 5,000 residents, and it’s very much like the proverbial wide spot in the road. In fact, we were past it almost before we realized we were in it! We first noticed this magnificent mural on the side of a silo near the train tracks: 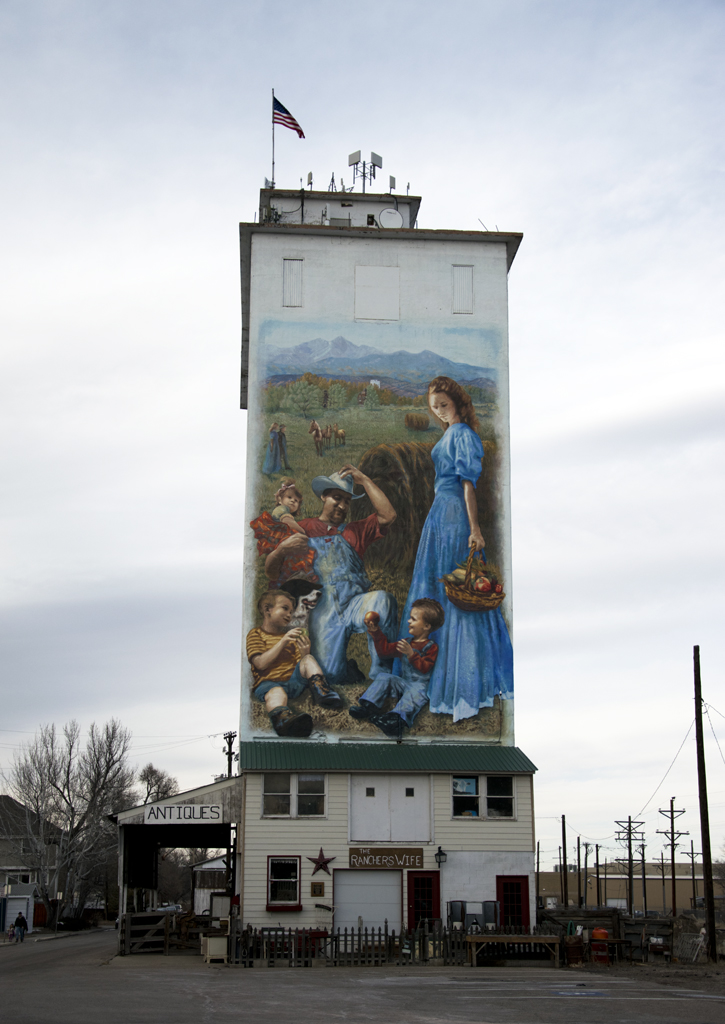 As you can see, it WAS a silo, but now it’s an antique shop, which was closed that day. But there were plenty of things to photograph outside, so I got one of the ancient, dried saddle: 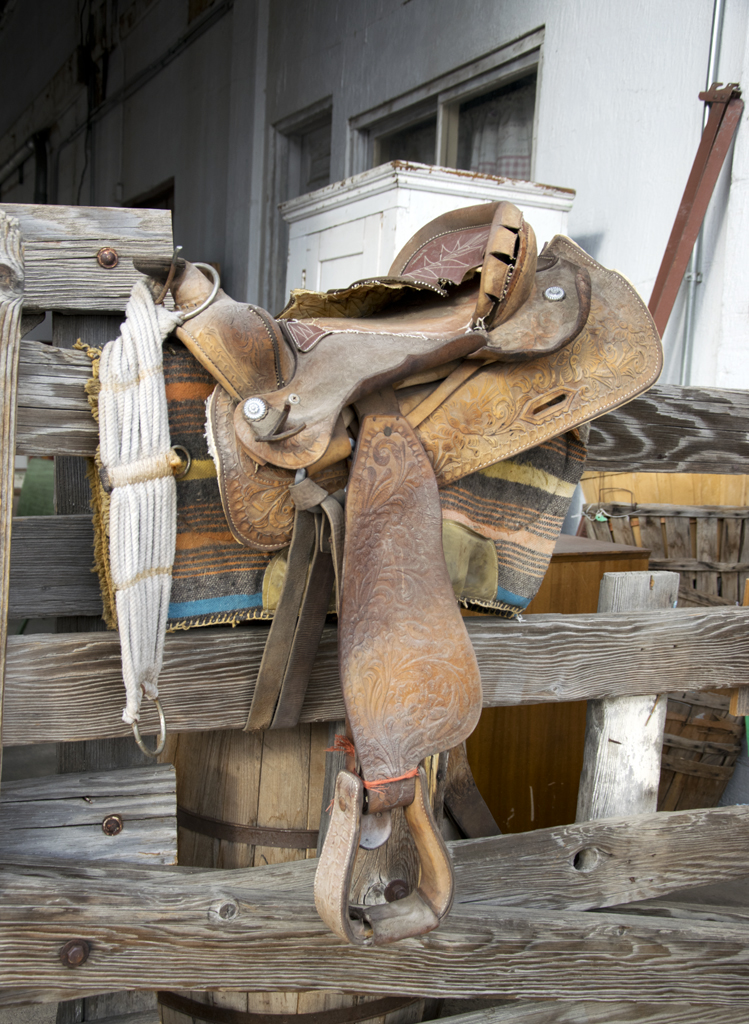 …and this detail shot I truly love: 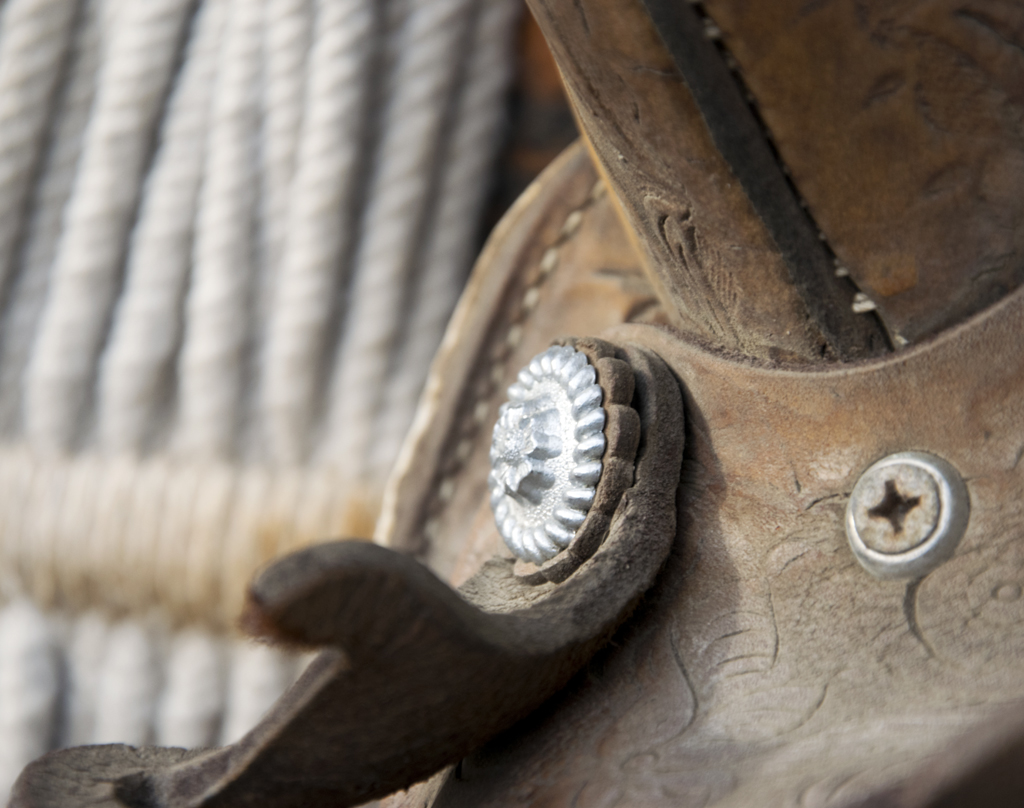 …plus this old workhorse: 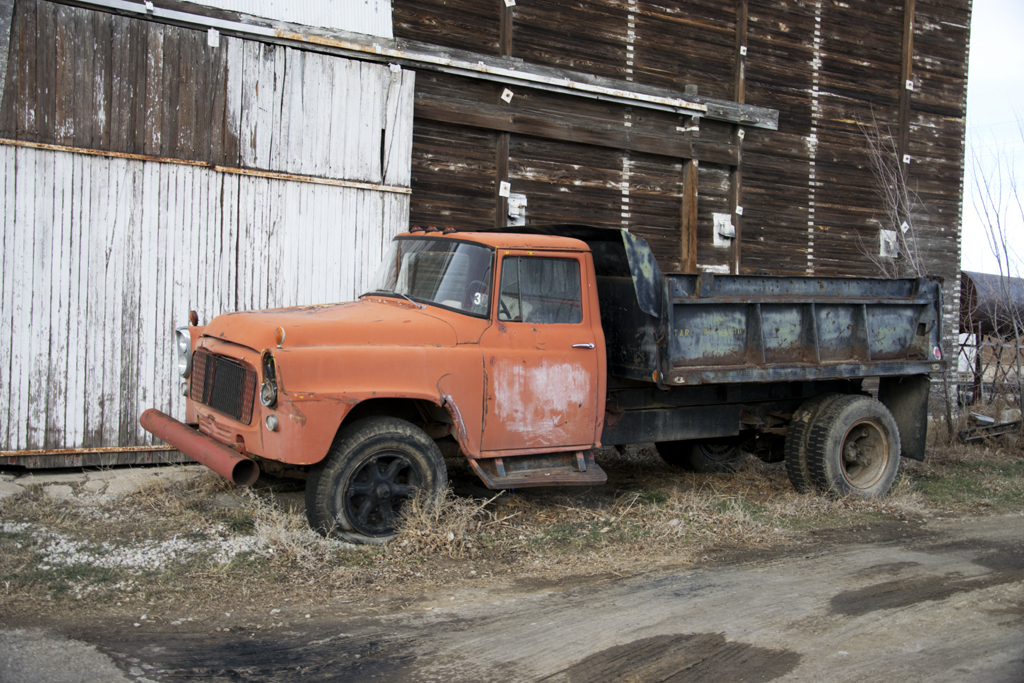 Berthoud (pronounced “BIRTH-ud”) started the way many small towns here do: settlers in the 1860s who came because of the Colorado gold rush. Only hardcore ranchers and farmers stayed, though, after the initial influx of people. So there is lots of ranch and farmland surrounding this place still today.

Interestingly, the town was founded about a mile south from where it is now. Backstory: a settler staked a claim on some land where the Colorado Central Railroad was slated to cross Little Thompson Creek. The railroad built the track and a settlement grew up around the crossing point. It was called Little Thompson Creek settlement (so original), but was later changed to Berthoud, after the guy who’d surveyed the railroad route.

By the early 1880s, the railroad “noticed” (I can imagine complaints from train engineers and such) that the steam trains had to labor to come up out of the valley from the settlement. So, in 1883-34, teams of horses pulled several of the buildings onto a bluff to the town’s current location.

Here’s a shot of the old train depot, now the Lions Club office. You can see the position of the mural’d silo’s proximity to the train tracks.

Of course, I can’t be that close to train tracks and not put coins on it. A train sped by before I could do that, mainly because I didn’t have any change on me. But Laura to the rescue! 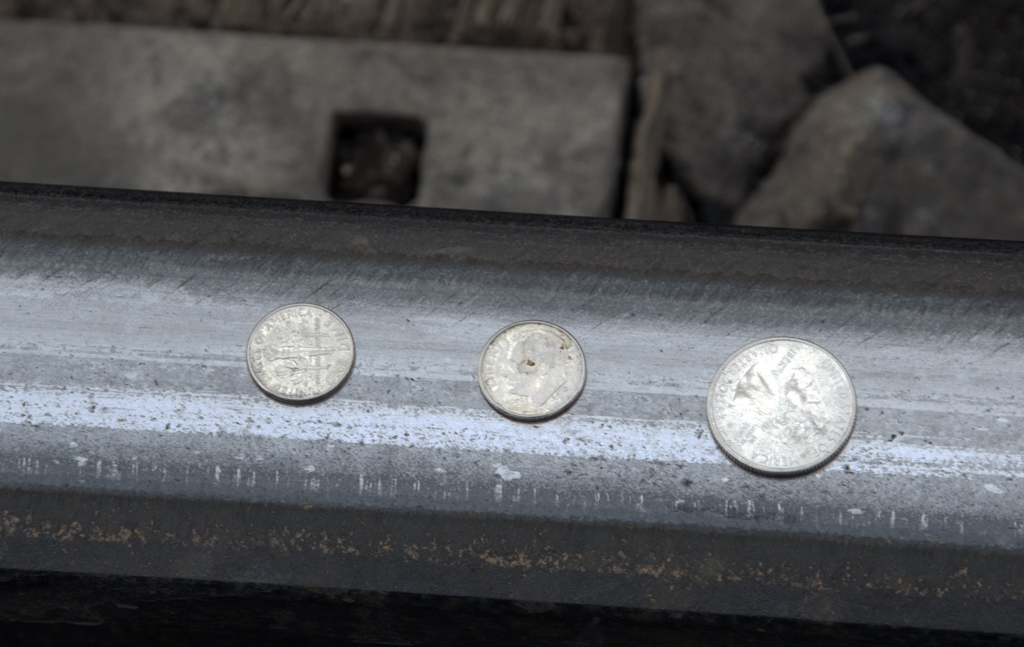 With our coins in place, we strolled the few blocks through town, hoping for another speeding train.

Berthoud used to be situated on what became Colorado Highway 287, a main north/south artery in these parts. When 287 was expanded and relocated years ago, Berthoud got bypassed. I can imagine what happened to the town because of that.

They DO have a drive-thru liquor store, though! 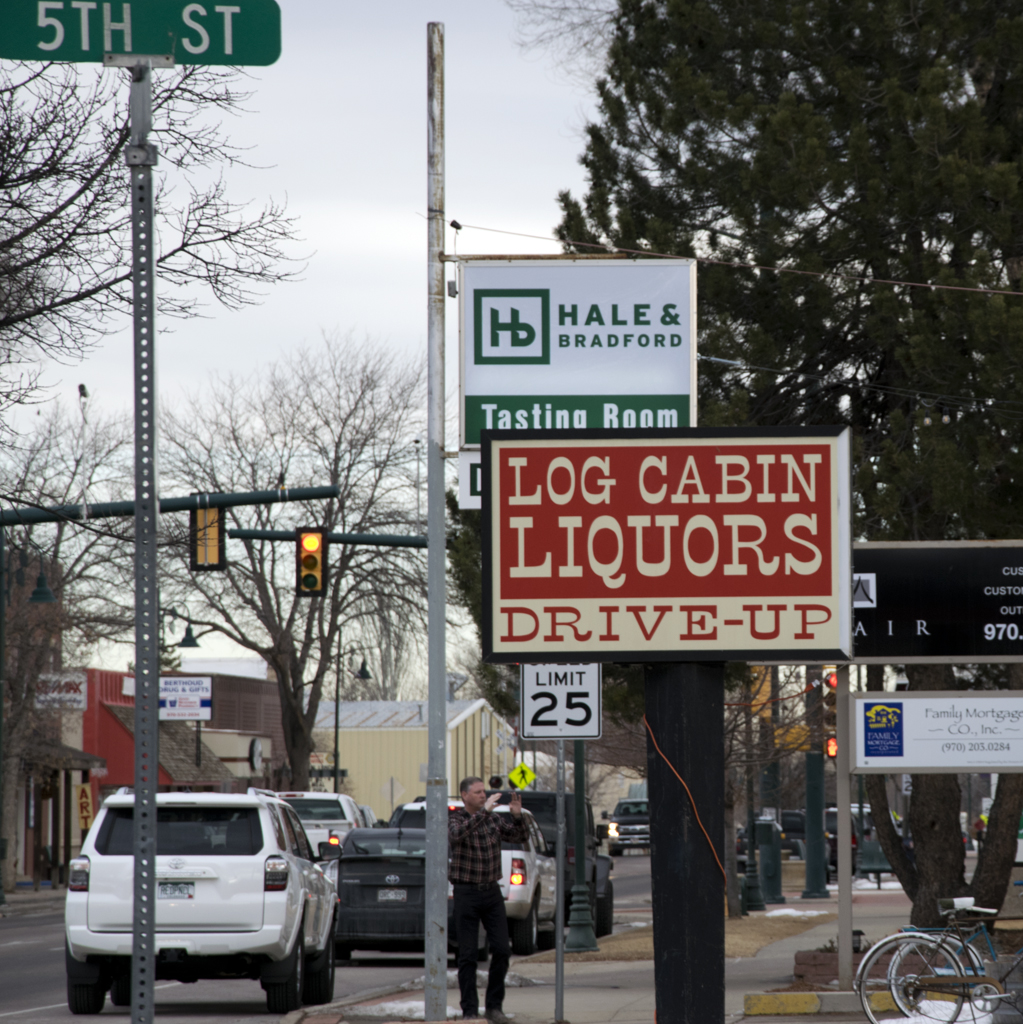 That may be the only stoplight, but I can’t really remember. They may have had two or three.

You can still see the Old West architecture in many places: 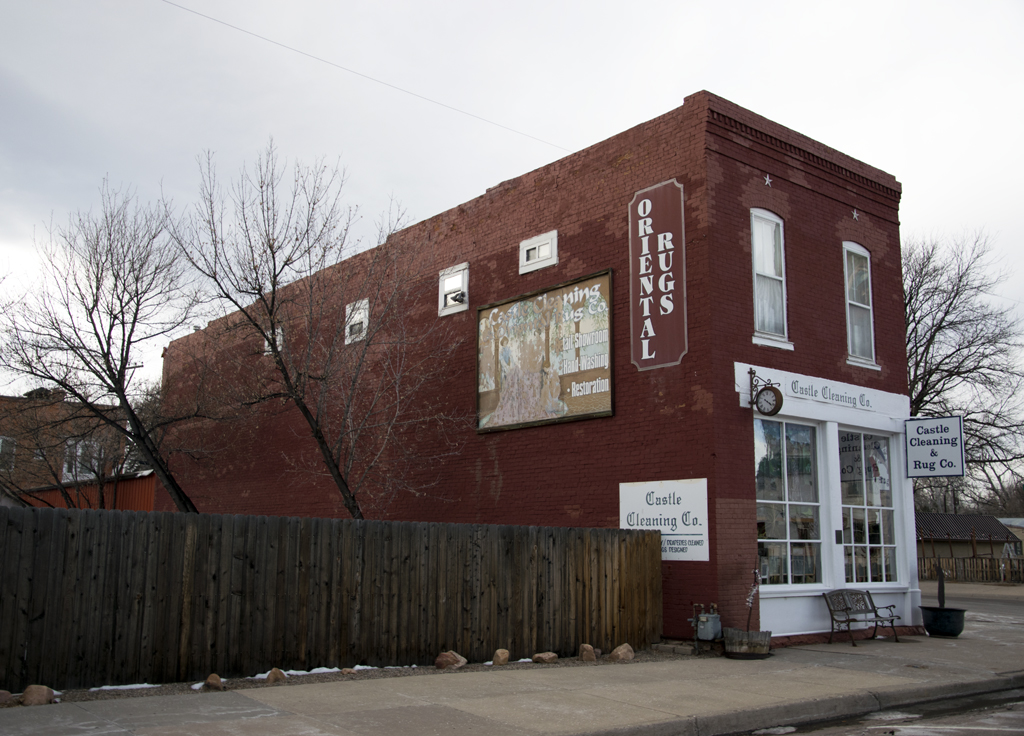 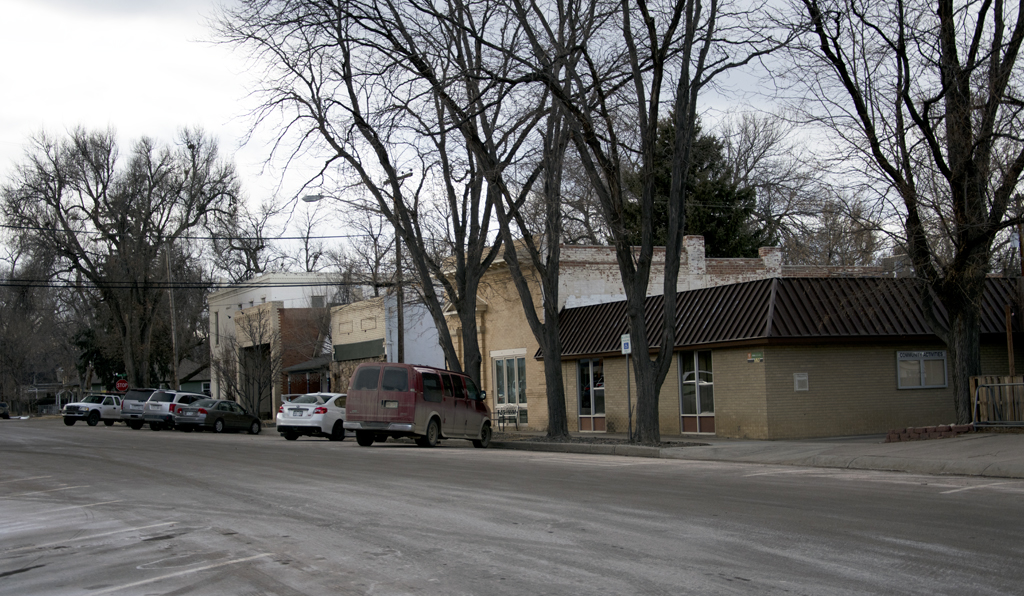 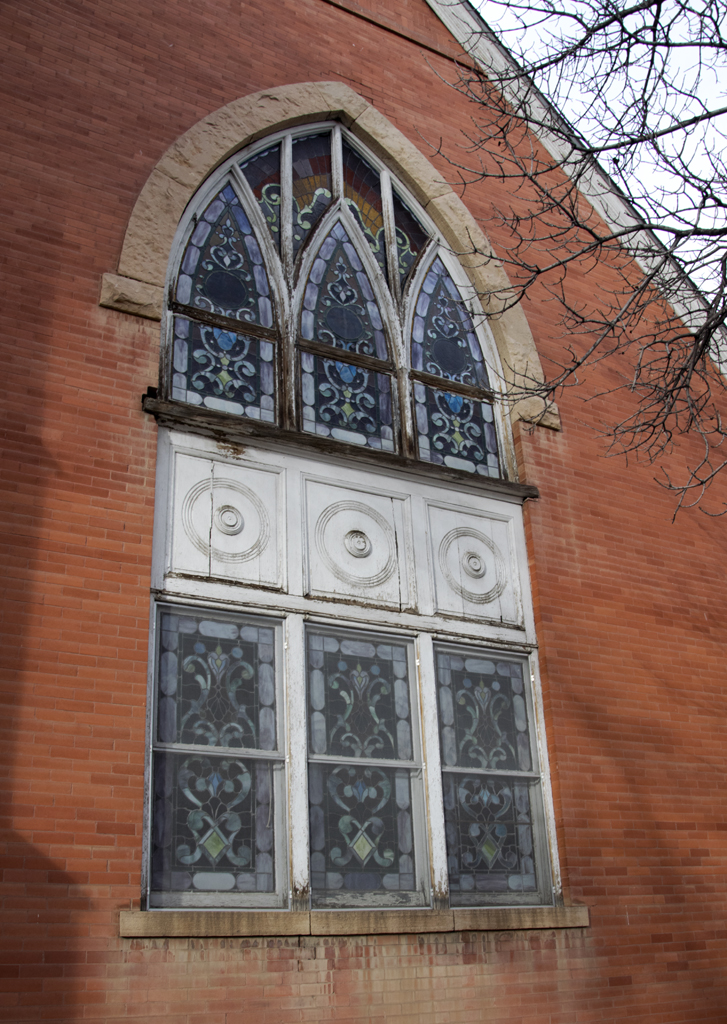 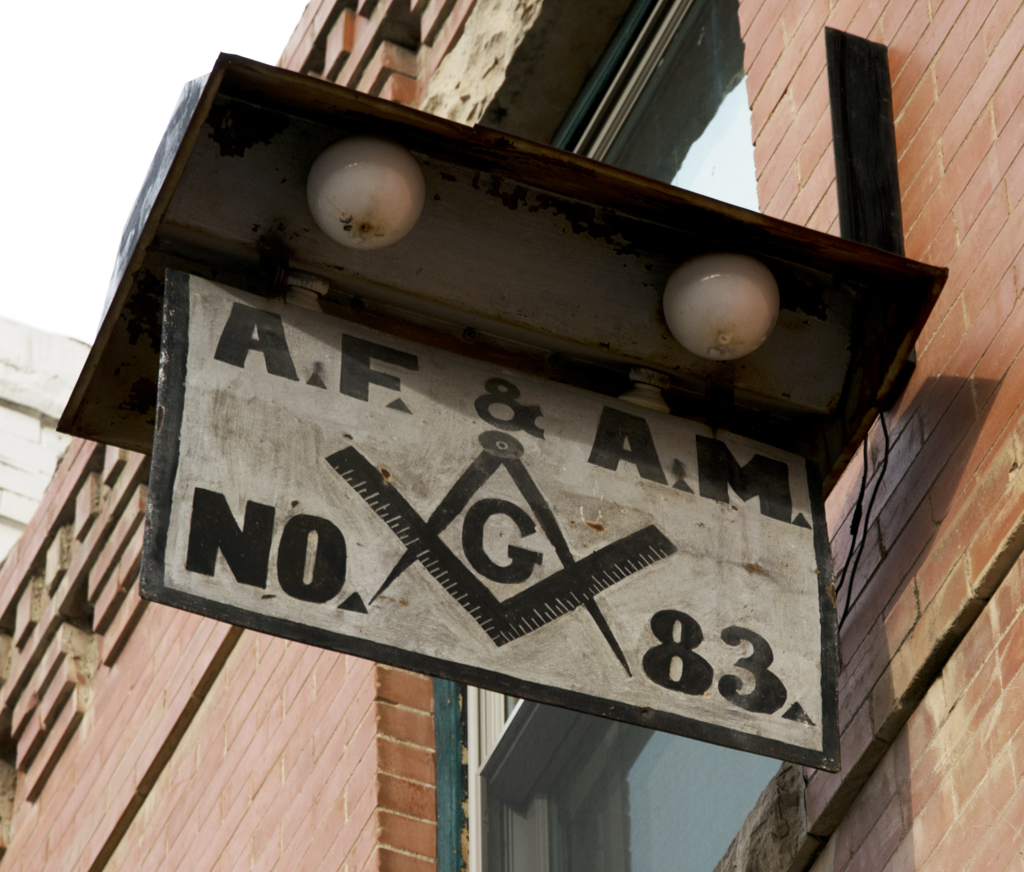 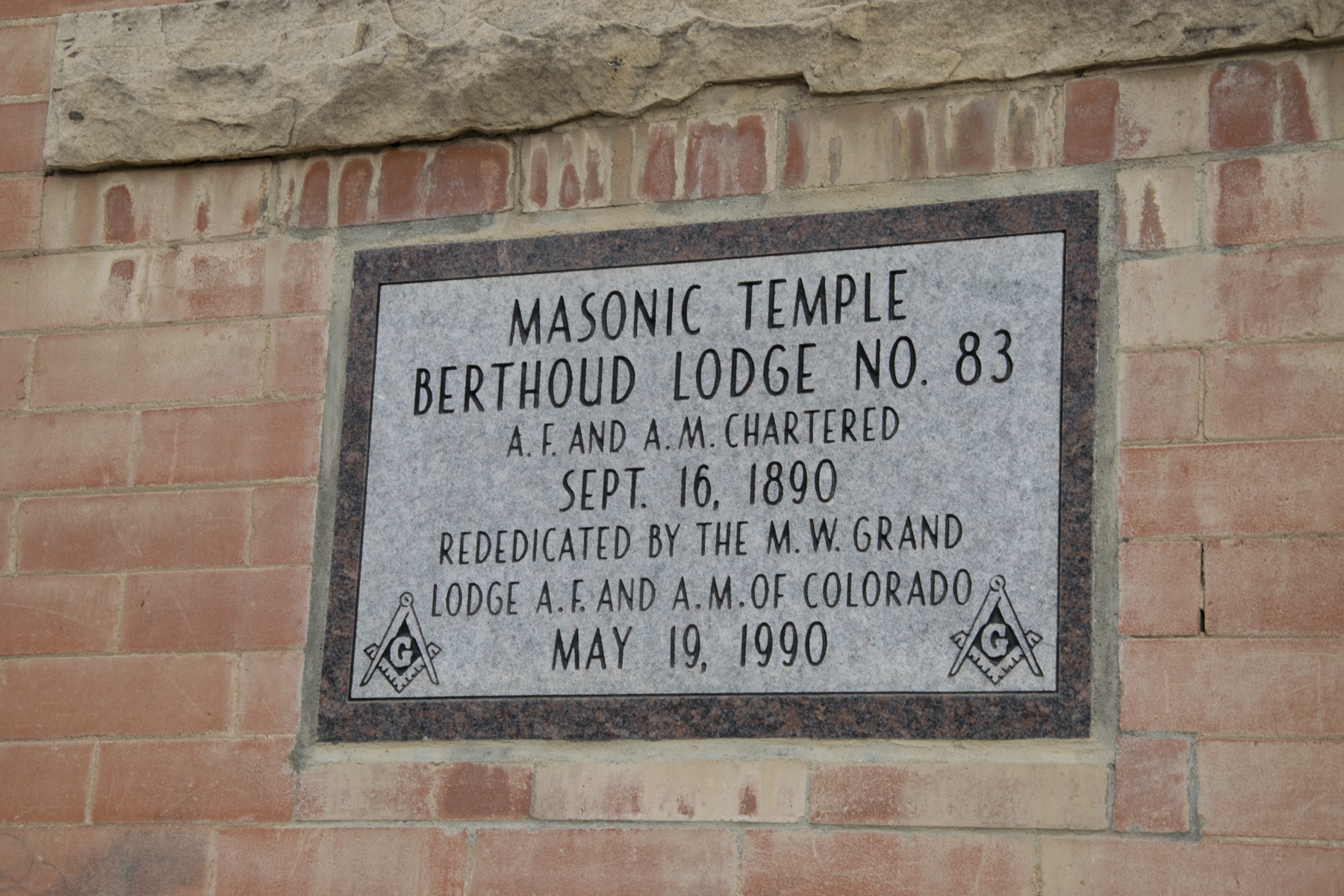 Berthoud‘s nickname is “Garden Spot of Colorado”, but I’m not sure why. Maybe it’s all the farmland around it.

As is true of most Colorado small towns that I’ve encountered, this small place boasts 10 public parks! And they have a few annual events, including Arbor Day, farmers markets, etc. I’d like to see the Berthoud Snowfest, a snow sculpting competition every December. Maybe next year!

They also have a couple of local museums, which we didn’t visit and which were probably closed anyway: the Little Thompson Valley Pioneer Museum located in the historic blacksmith shop, and the McCarty-Fickel Home, the residence of a local doctor built in 1916.

I found more than one antique/thrift shop, too. Here’s one that was open that I actually went inside: 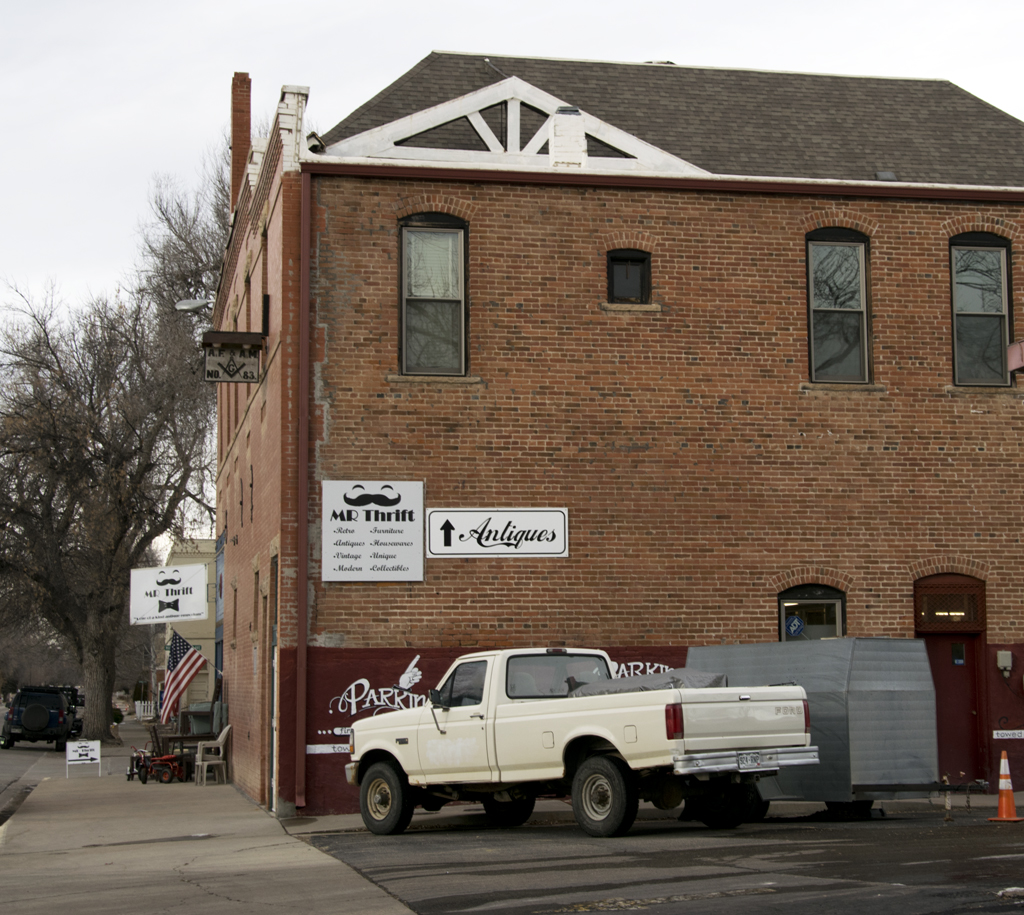 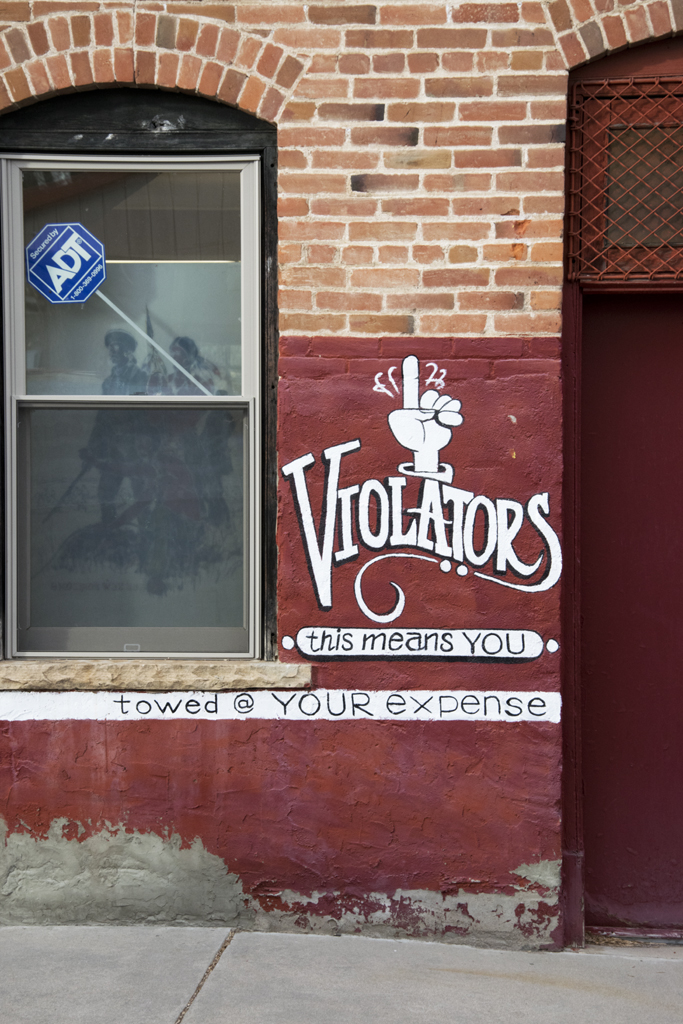 Further into town we found little shops and cafes. It was interesting to find this sign, since we’d left coins on the railroad tracks. Note the name of the band that played at the Chili Cook-off: 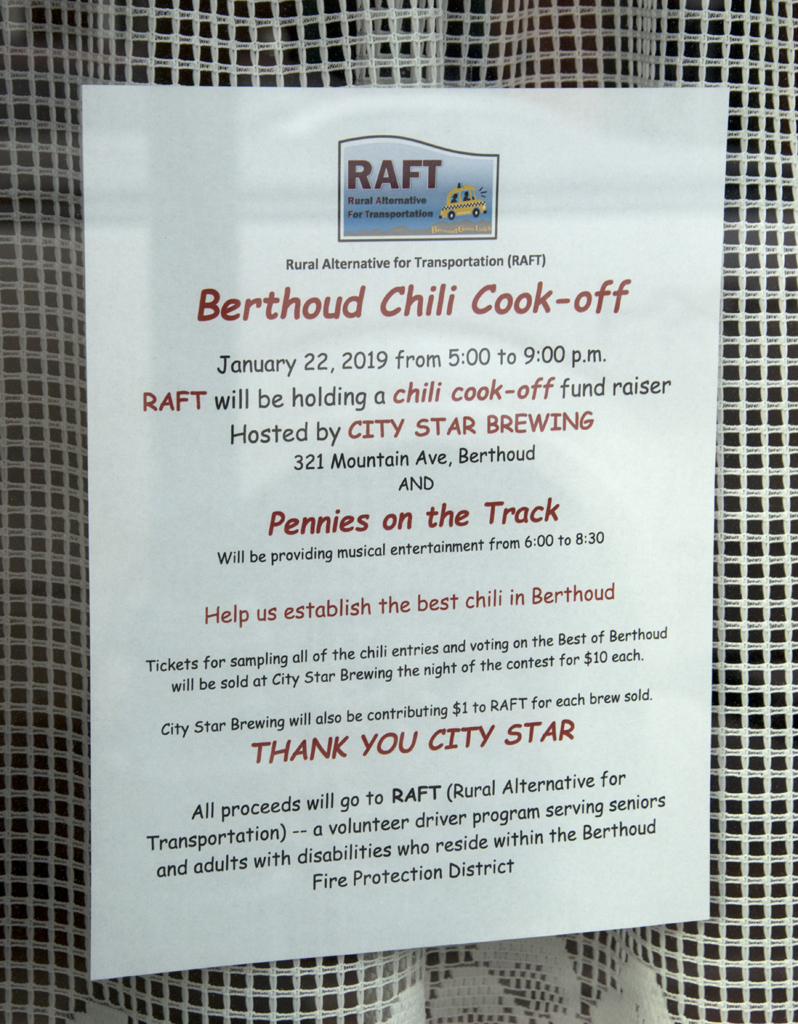 And this on a table of used books in covered plastic bins on the sidewalk: 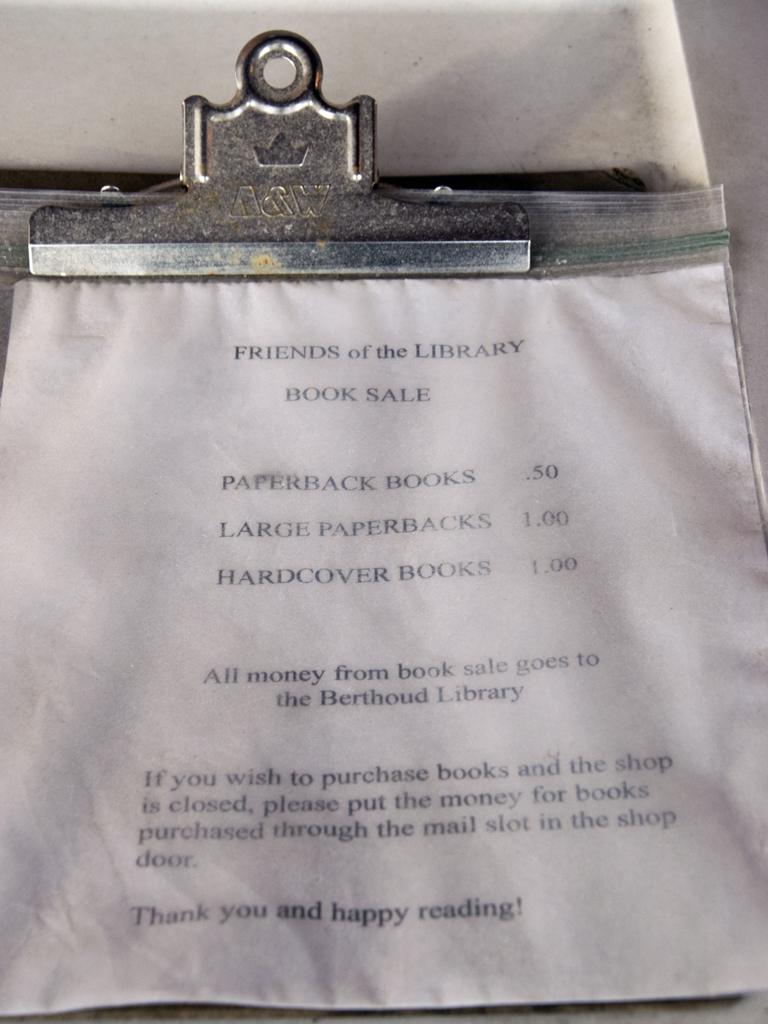 And here’s a shot of my favorite bike rack of the town (ok, only one I saw): 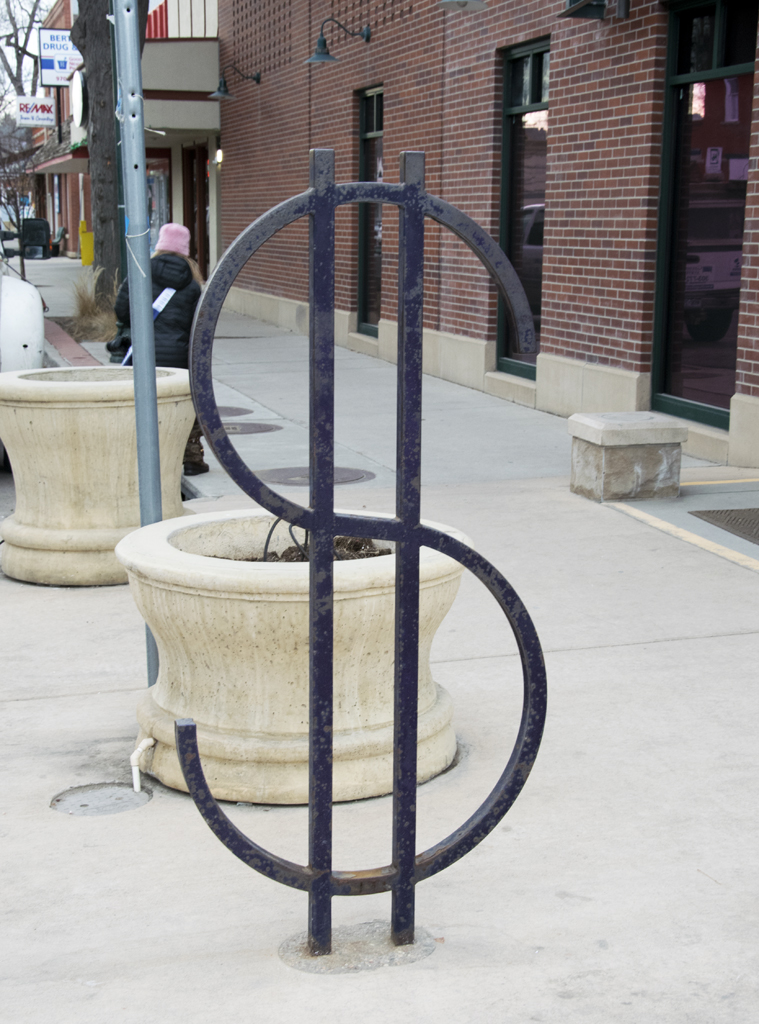 It didn’t take us long to survey the town. There were lots of people about and school traffic. There wasn’t much more to see that day, though. And we were a little disappointed that no train came by while we were walking, so Laura got her money back. Maybe when I go to the Snowfest I’ll get some smashed coins then. You’ll hear about it!