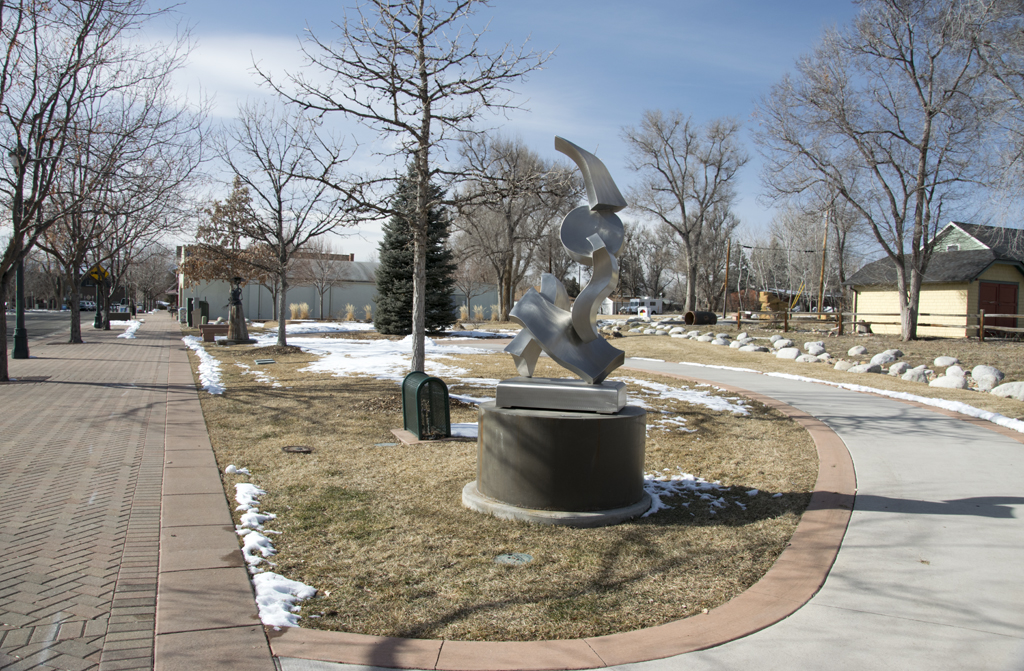 Maybe a winter’s day isn’t the best time to visit a neighborhood arts district, but that’s what I did. My friend Laura had visited the Historic Arts District of Westminster, a northern suburb of Denver and very near my home. It’s a quiet neighborhood, especially that sunny day, and I am looking forward to seeing it during an event. For now, we had a little snow around the edges and practically no one around.

First stop (even though it was closed and even though I don’t think they really meant to sound like a pirate): Aar River Gallery: 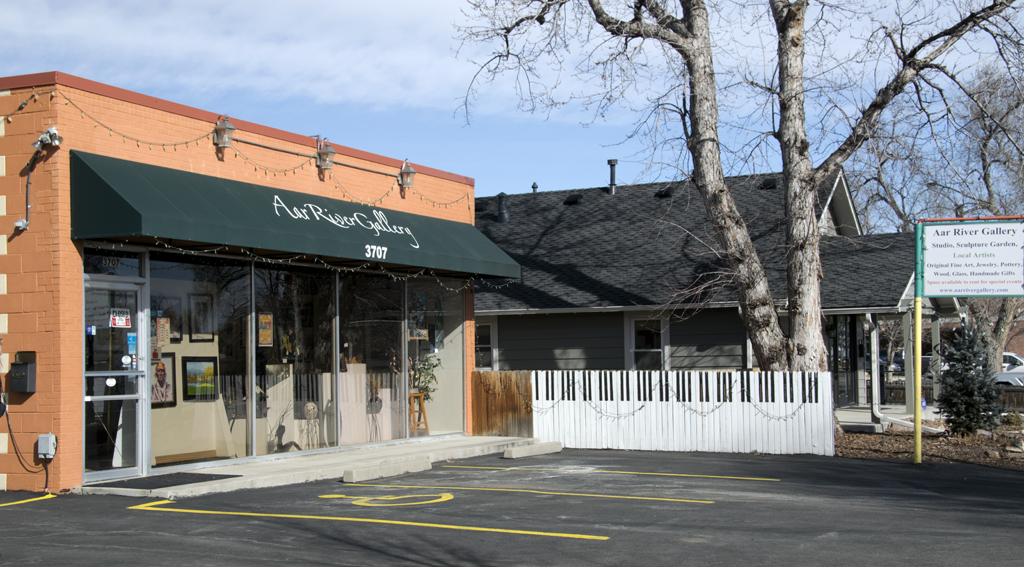 Curb areas along most of the street were set up to be lovely flower beds – probably – but today there were only the skeletal decorations without plants. Still, there were some clever upcycled items to see: 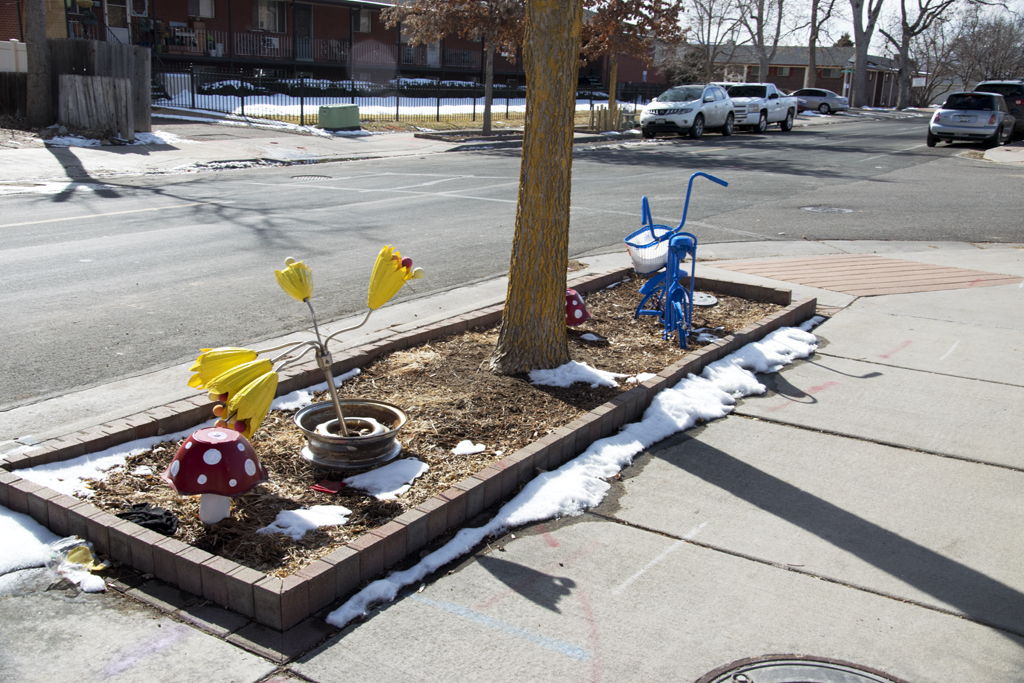 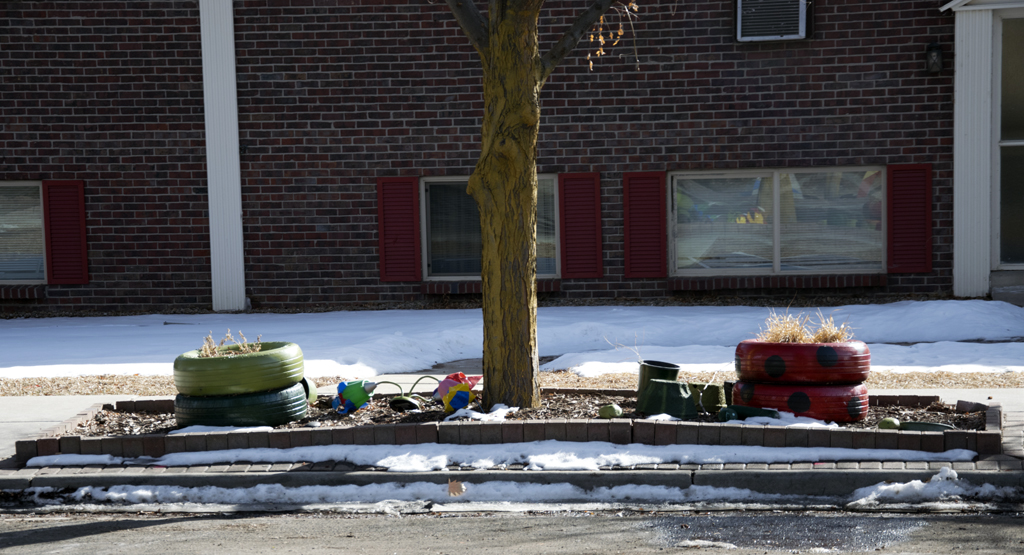 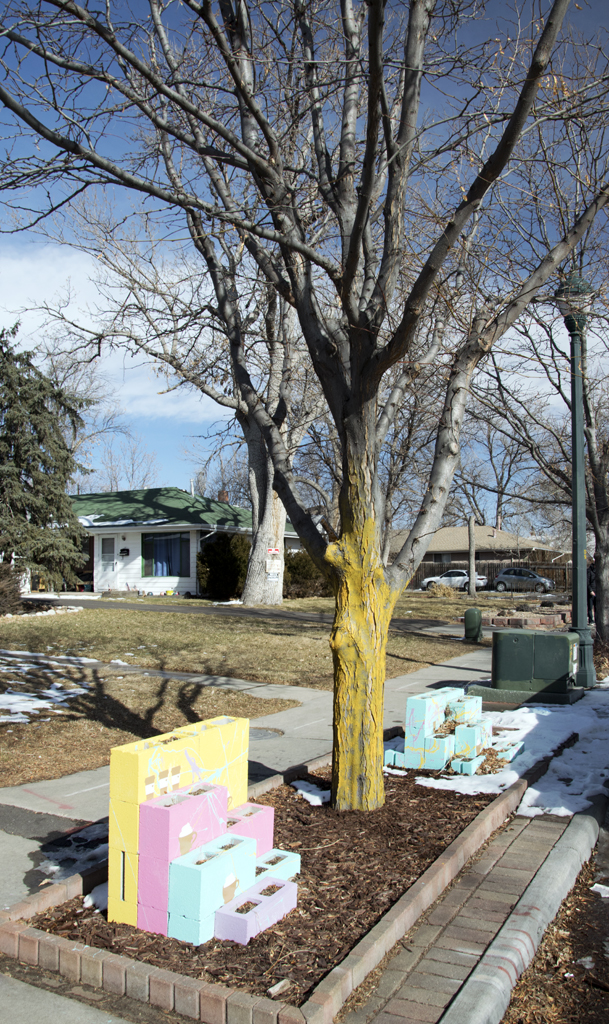 I saw some confusing street signs during our stroll down the five or so blocks of the district: 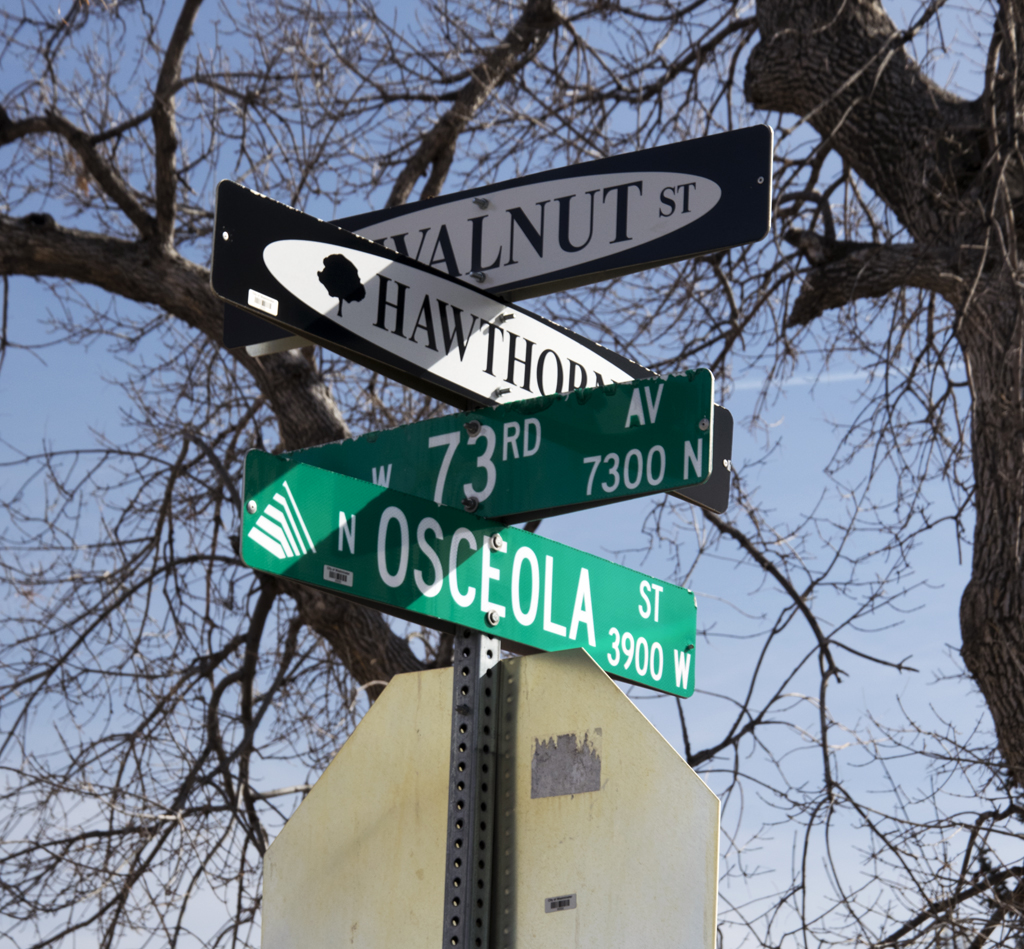 I believe it’s because Westminster used to be its own gig, and the street names were changed when it was annexed by Denver. Over the past couple of decades, this area of Westminster, which had become run down, has been the target of rejuvenation efforts by local civic and municipal groups. This includes the arts district, which has sprung up due to grassroots projects. I believe it may now be an officially designated historical arts district, but it didn’t start out that way.

Presently we came to the park area, and this picture sums up the arts-districty flavor of the area:

Some closeups of the individual sculptures: 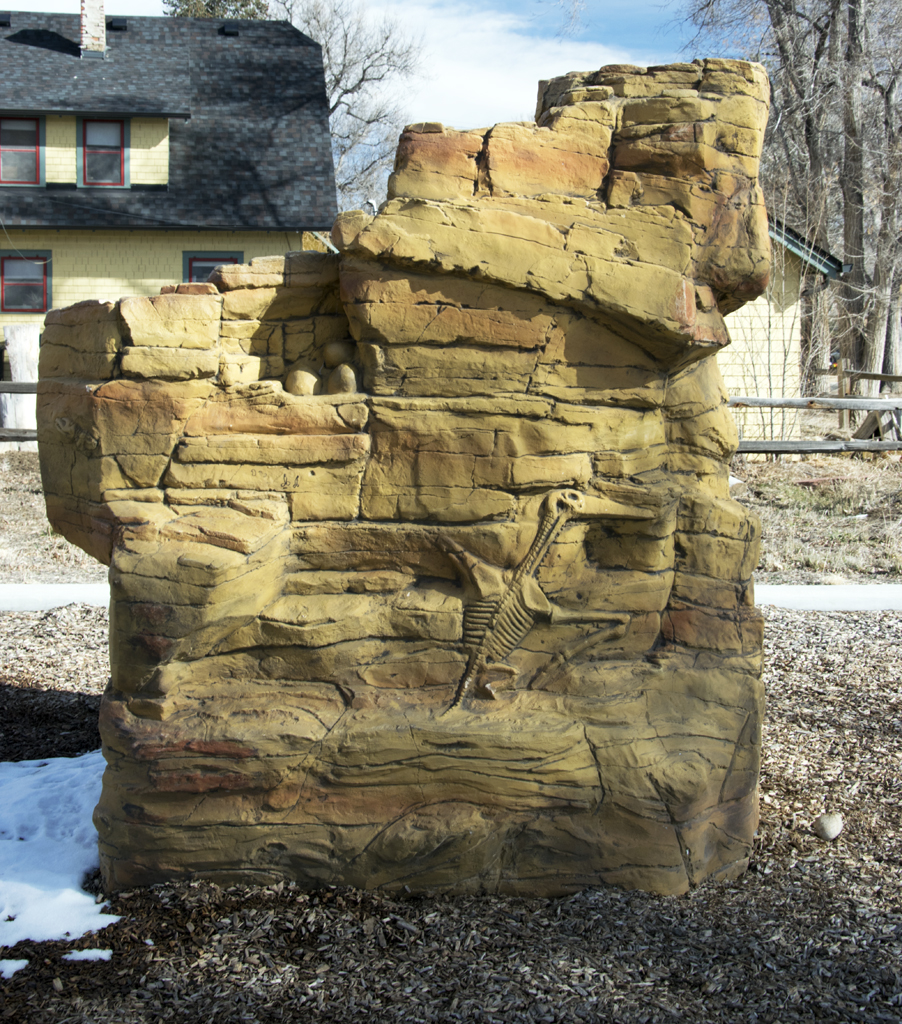 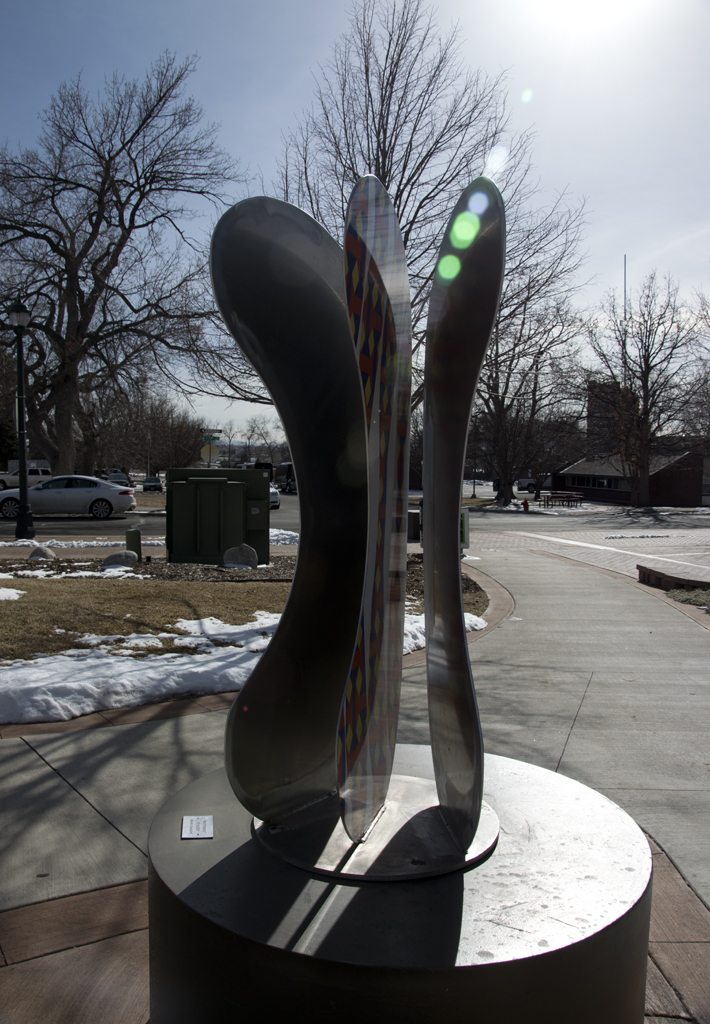 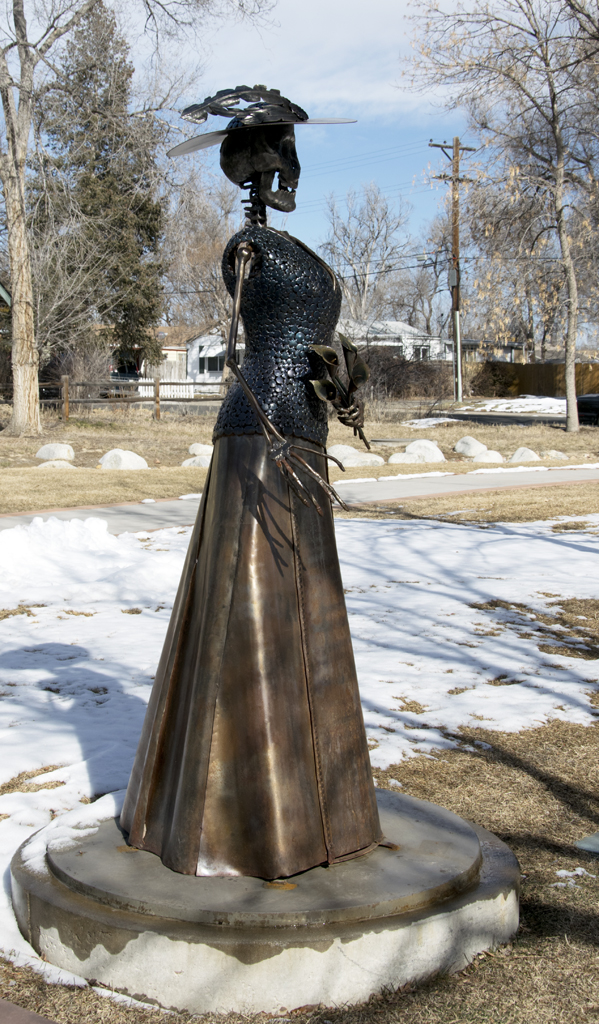 Even the pavement on the intersections have murals:

The old Grange Hall was in line with the other small shops there: 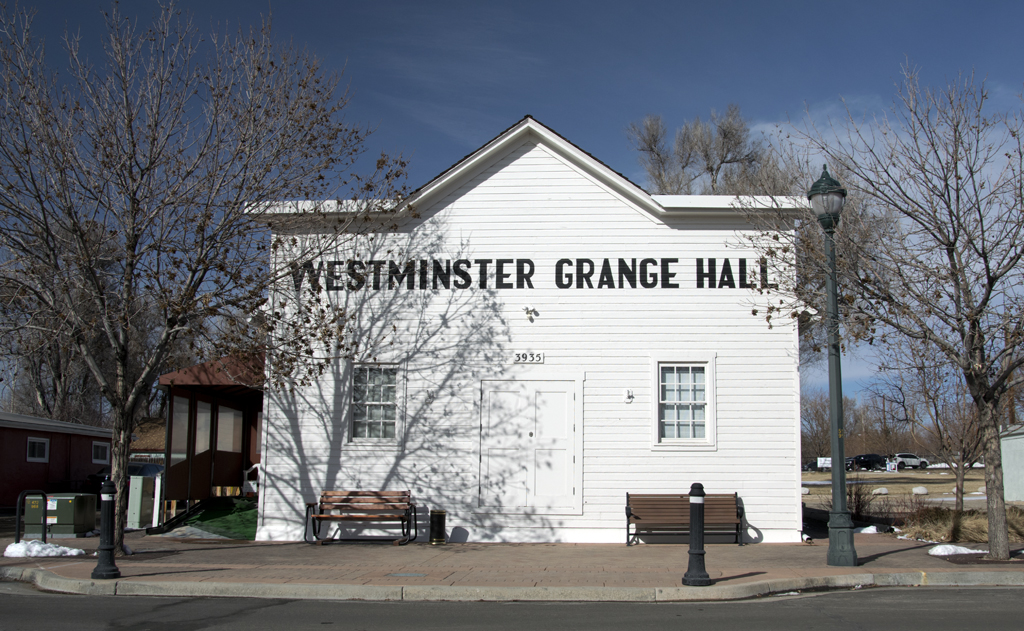 Even the trash cans had a little artsy vibe going: 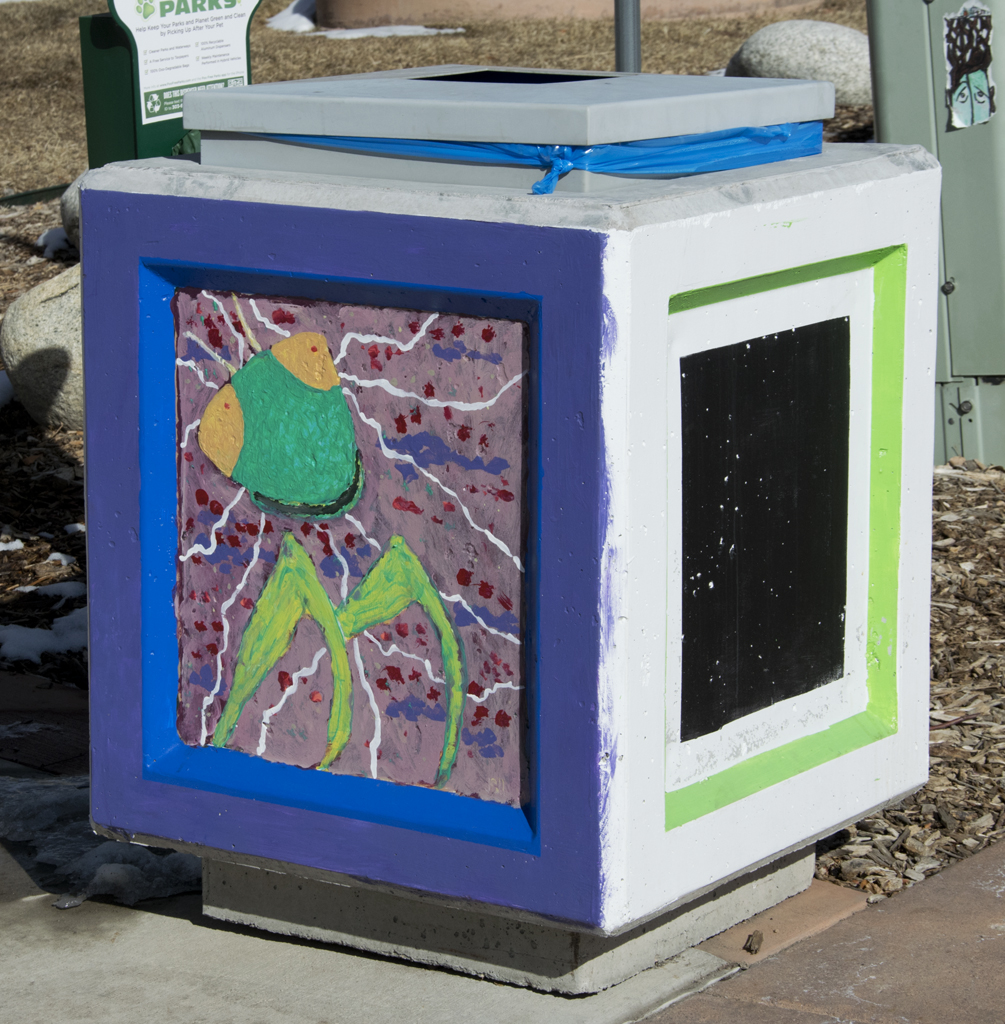 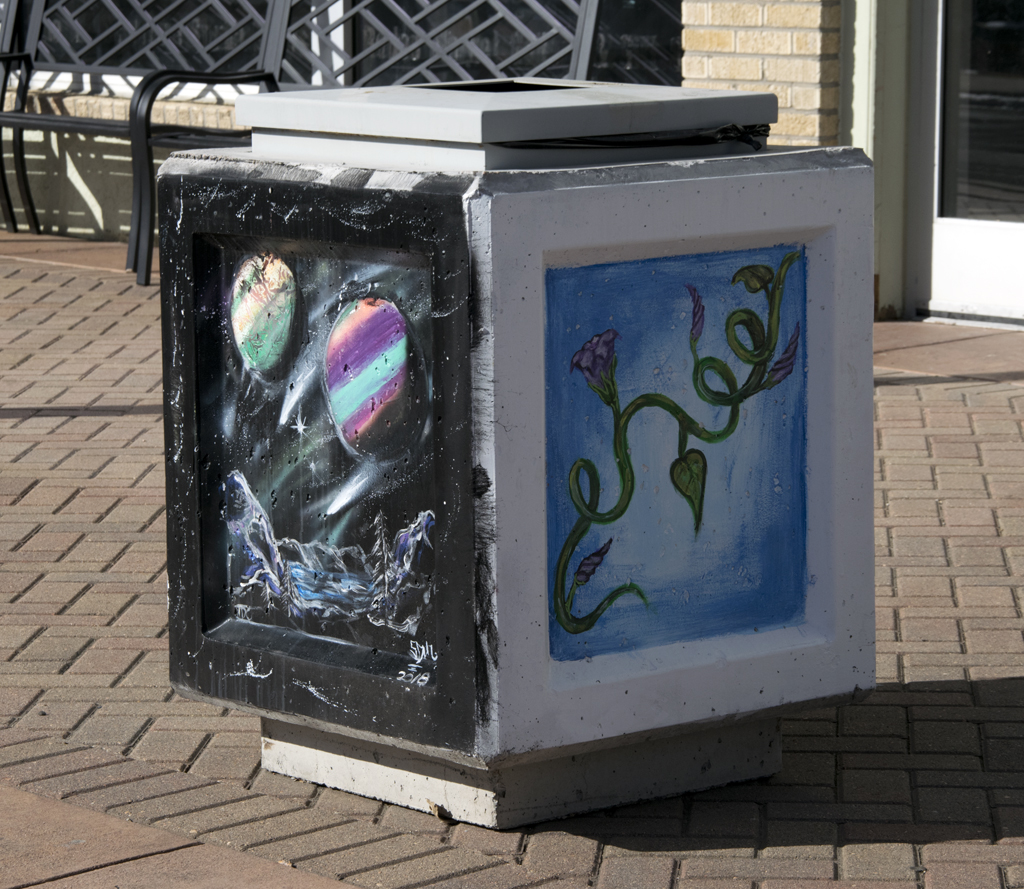 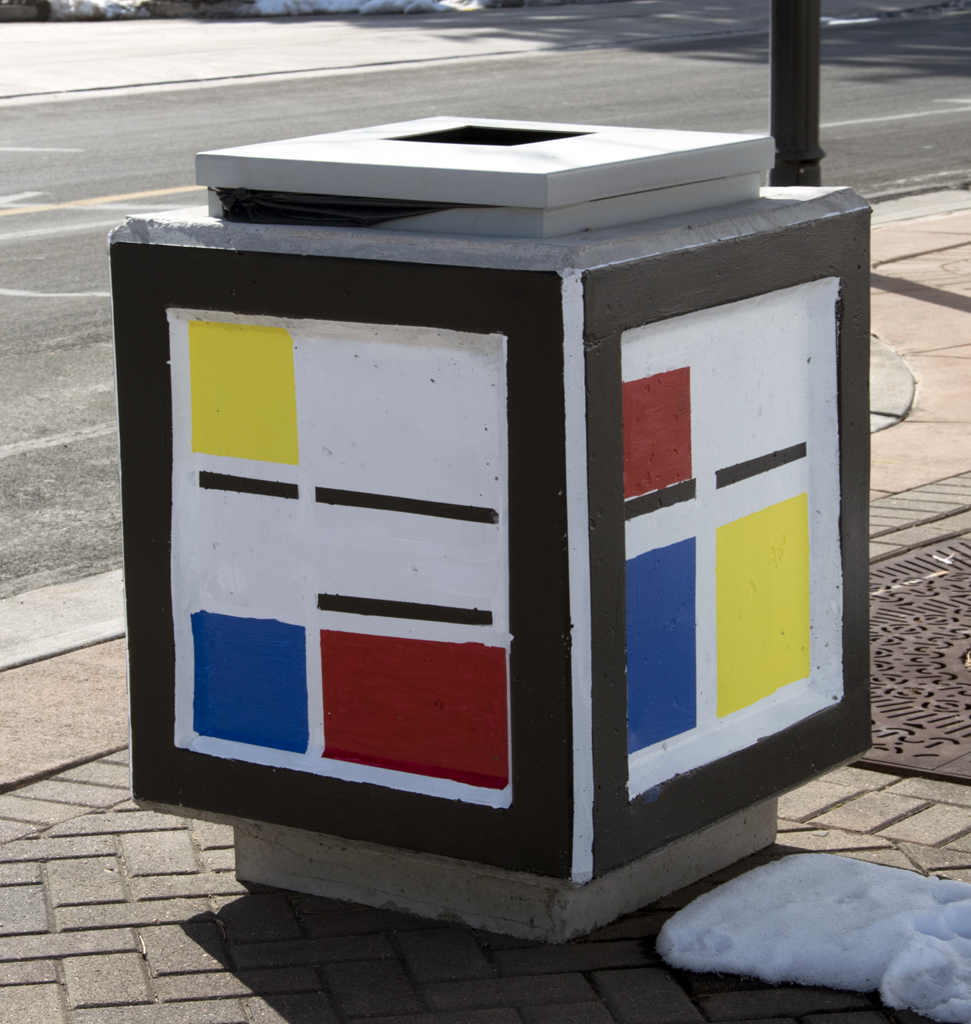 And other sculptures were tucked here and there between buildings: 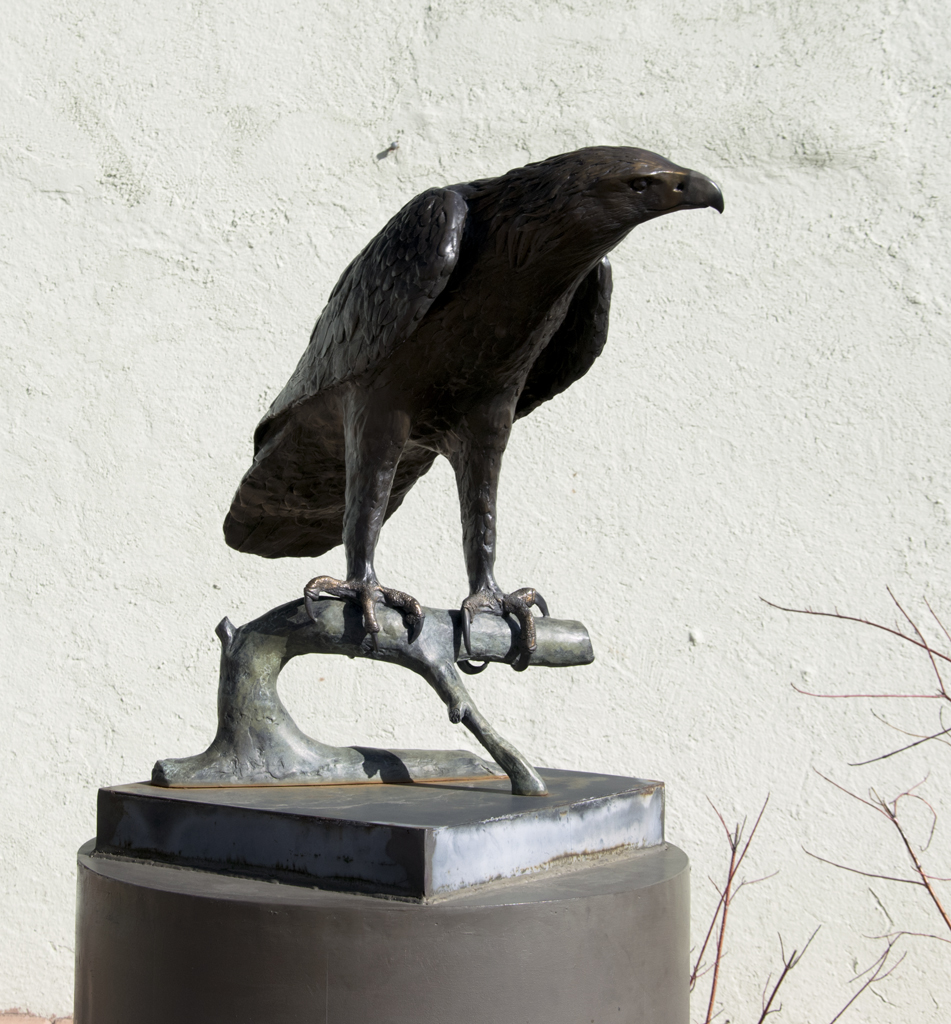 This was in front of the fire station: 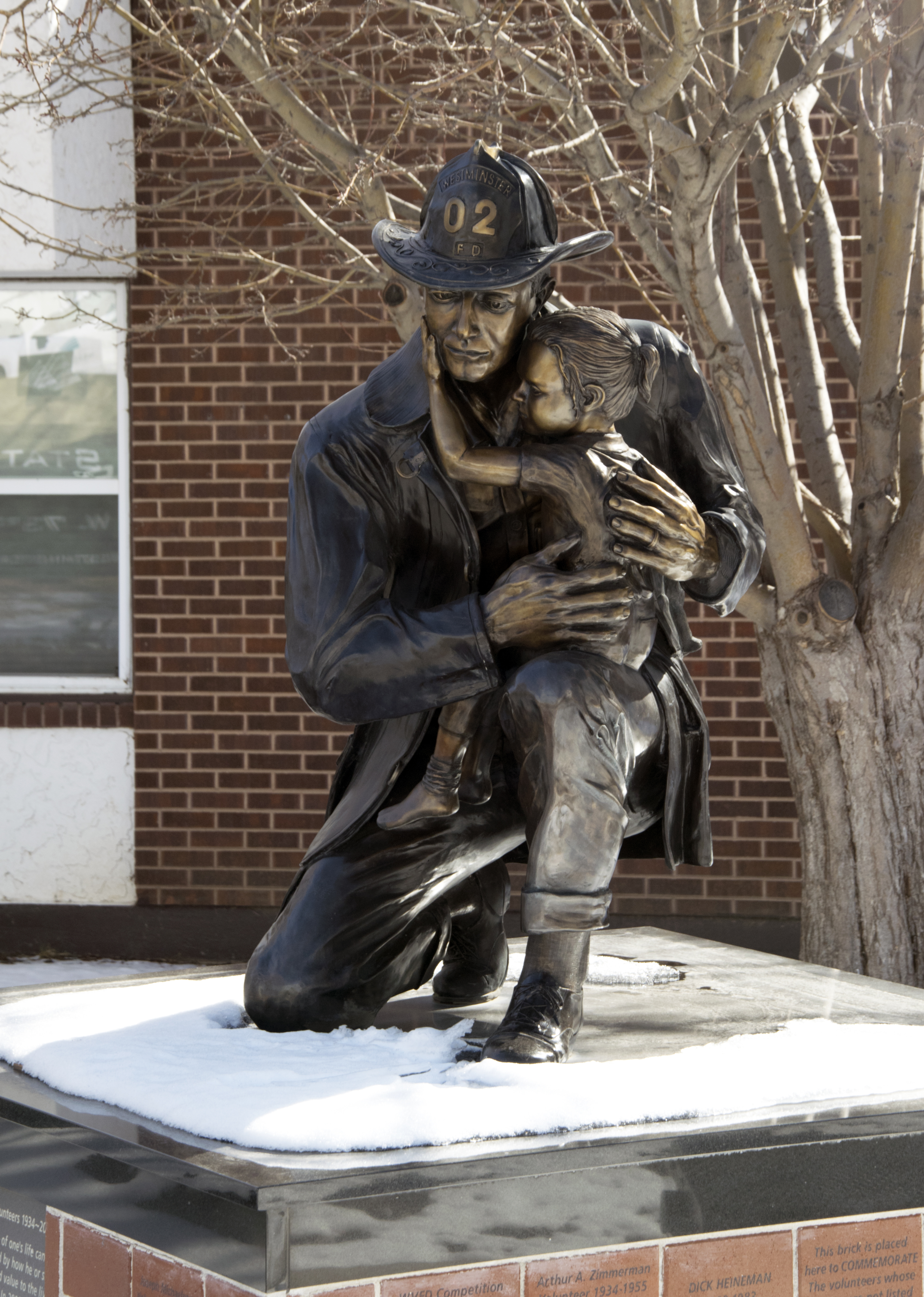 A couple of other small shops were there, too, but not open that day: 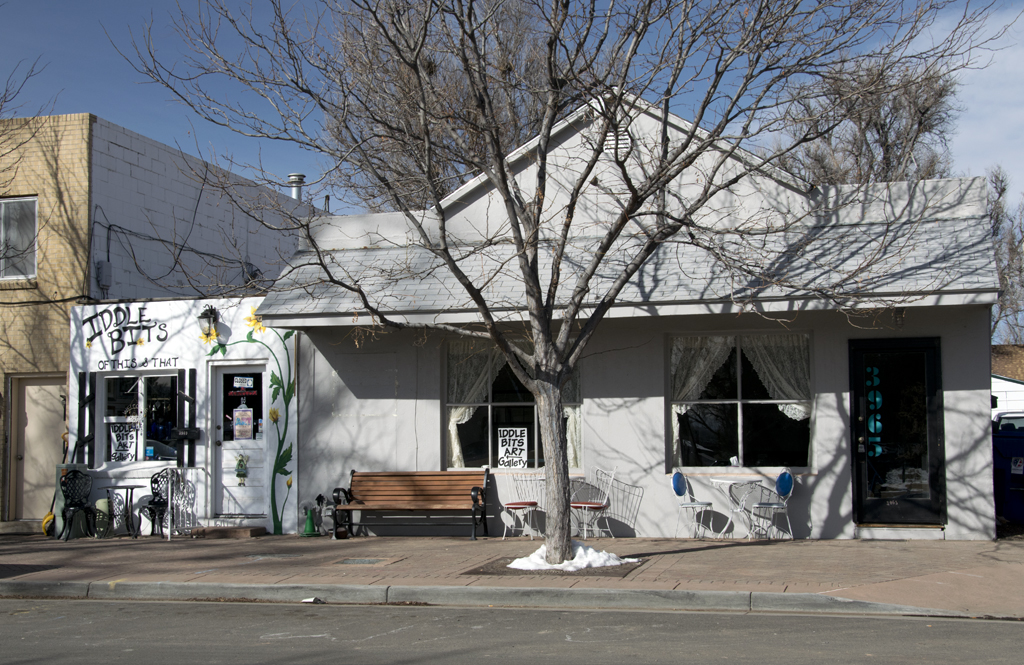 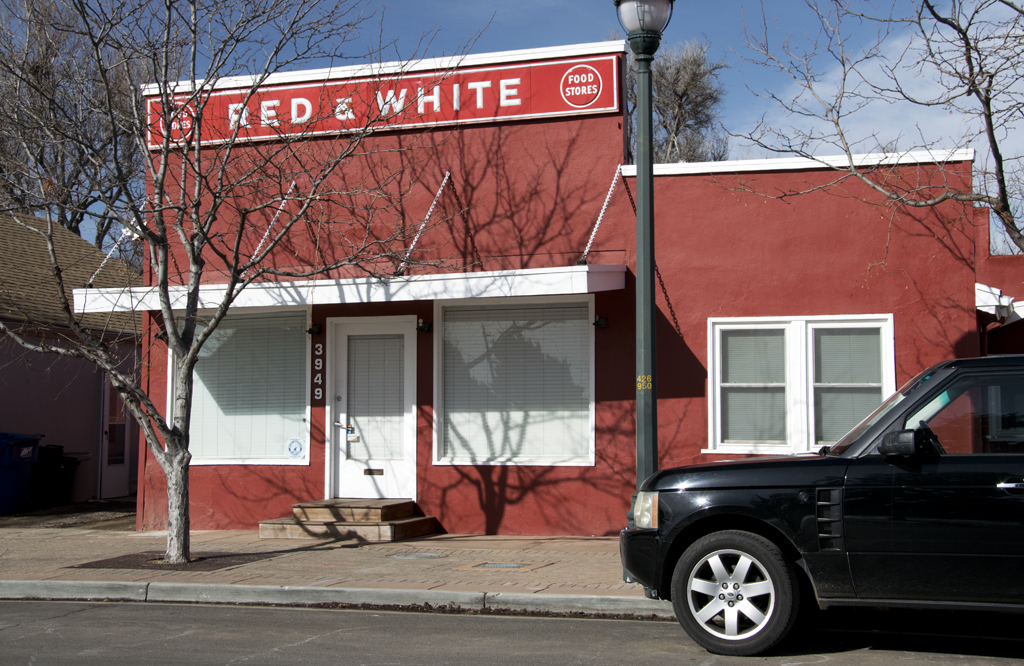 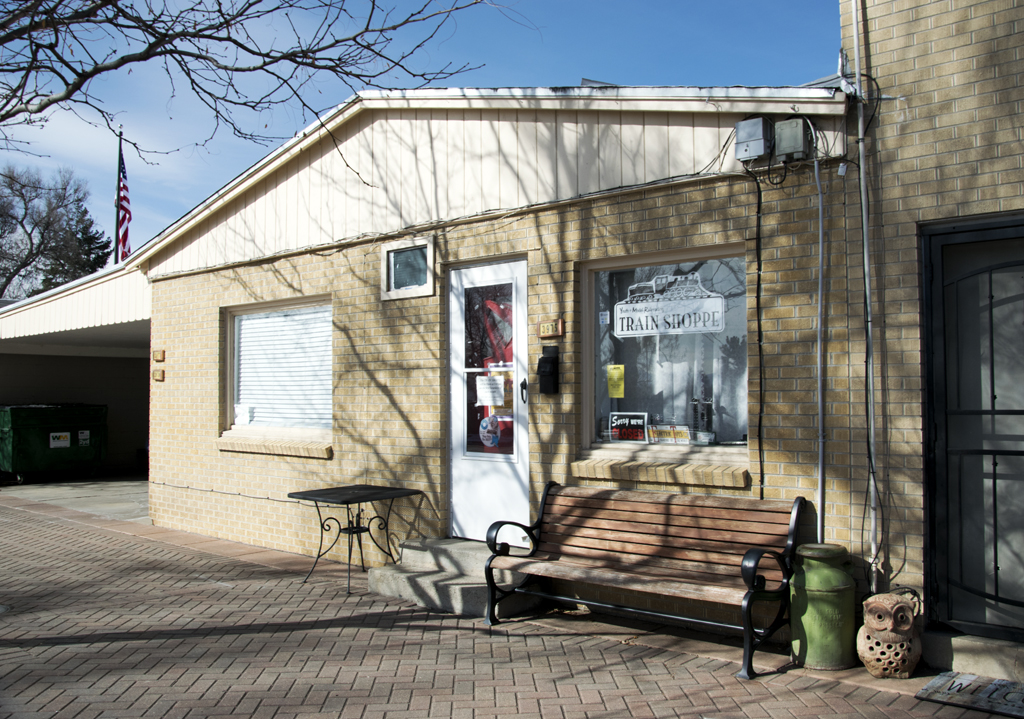 Although not much was happening that day, I think things crank up on the weekends, from what I could tell from the signage in the store windows. And I know there is a block party, a music fest and an arts fest scheduled for June. I’ll return, of course, to check it out in its summer finery and probably a few events. Stay tuned! 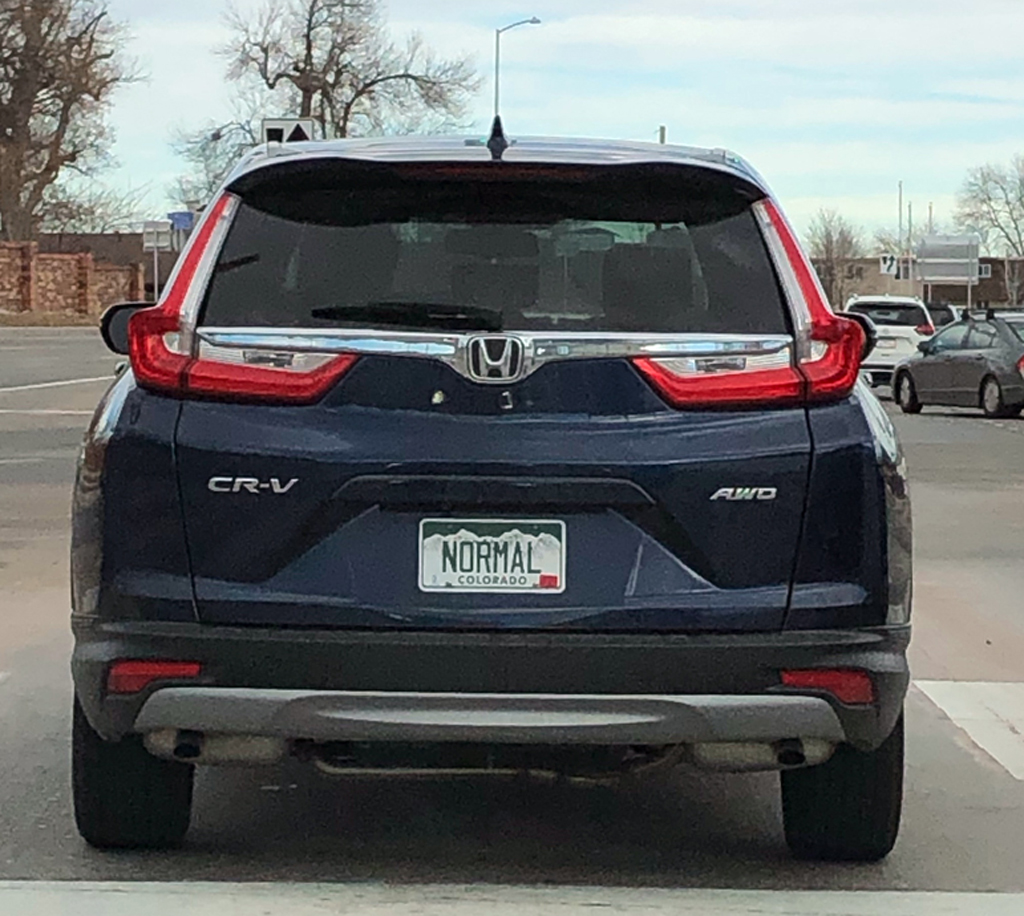