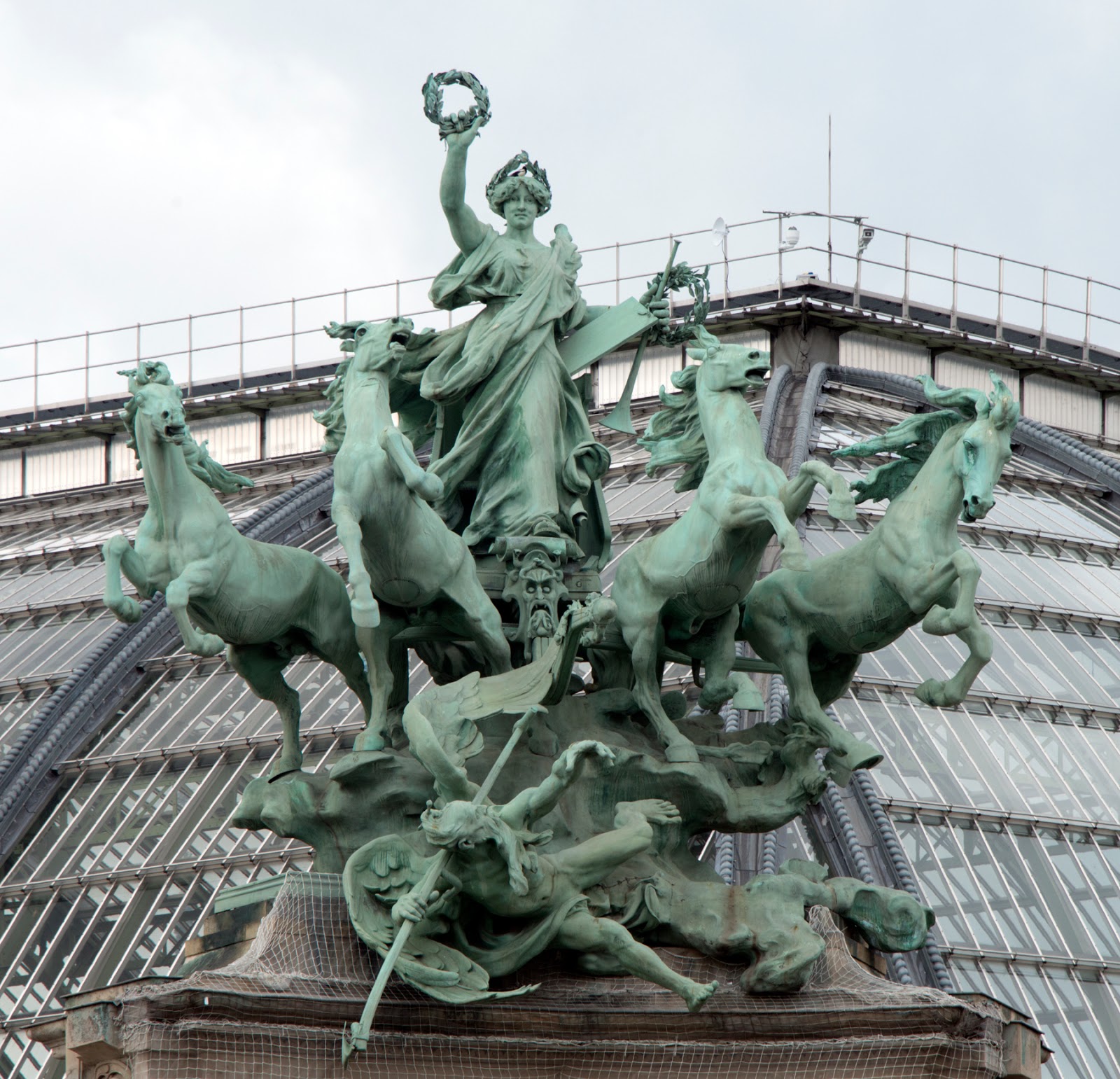 A great gift for you, the photographer or the weirdly-humored in your life!

While you’re at it, COLLECT ALL FOUR PFNARs – click here and get the rest!

On our first day in Paris, our friends snuck us onto a bus tour they’d signed up for as part of their river cruise package. Since there were plenty of seats on the bus, the tour guide didn’t see any problem. The bus tour took us past some of the more famous sights such as the Eiffel Tower and such.

Afterward, we were given over to a female French tour guide named Martina who was using a cool little microphone system for tours. She had a practically invisible earpiece with microphone that broadcast to our earpieces. The only problem was that we could hear EVERYTHING she uttered, even when talking to someone individually. That and the fact that her very-French “unh?” tag question noises after every statement. But I digress…

Here’s a scene showing how rainy it was that day but how the flowers loved it! 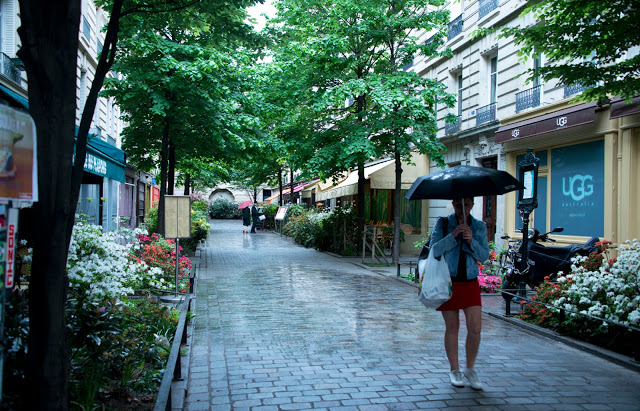 Indifferent to the rain but still kind of lovely in its own right was this graffiti lane: 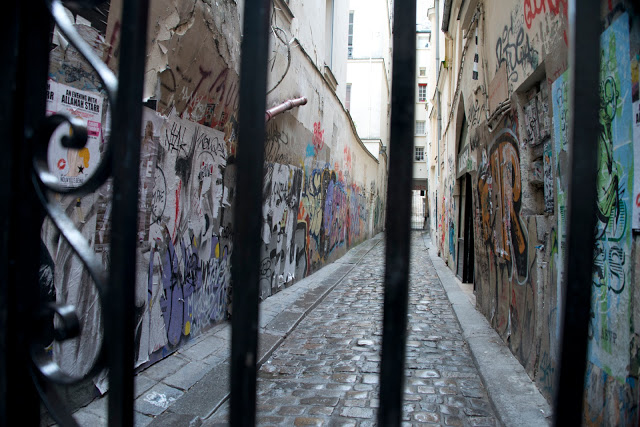 Our first stop was a mansion in Le Marais (“The Marsh”) district, a historical and aristocratic neighborhood purportedly inhabited by celebrities and the rich nowadays. This particular building is now a museum. 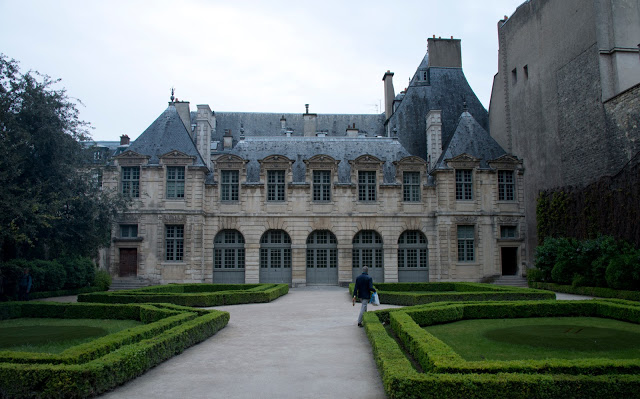 Here’s the detail of the sundial above the center arch, though it wasn’t much use that day: 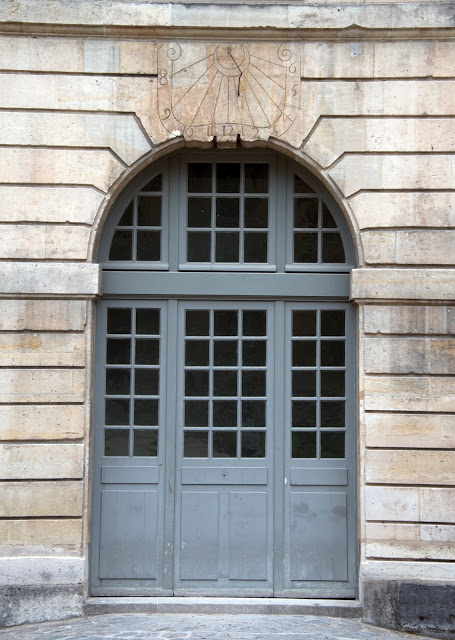 On our way into that courtyard we passed through an outer archway decorated with sculptures of Spring, Summer, Fall and Winter: 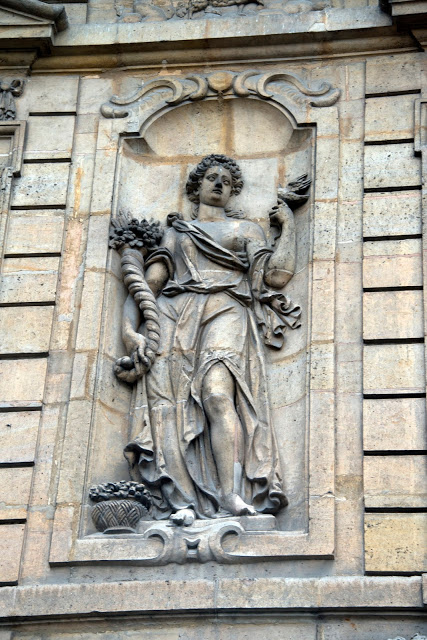 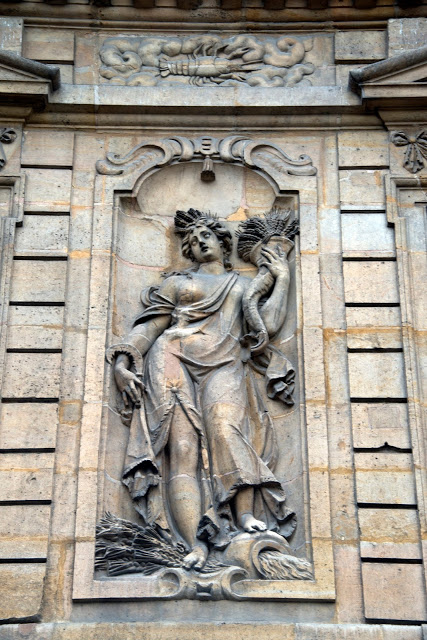 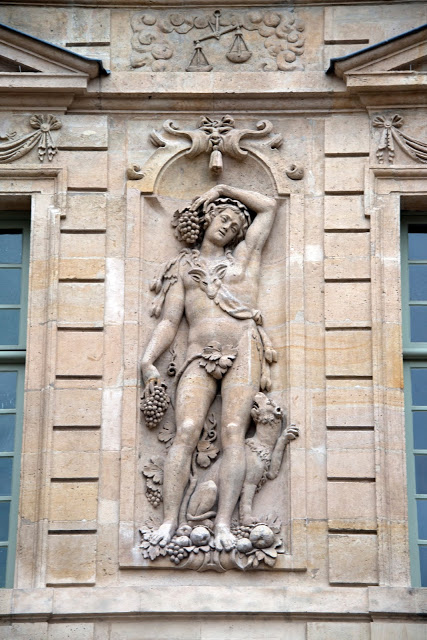 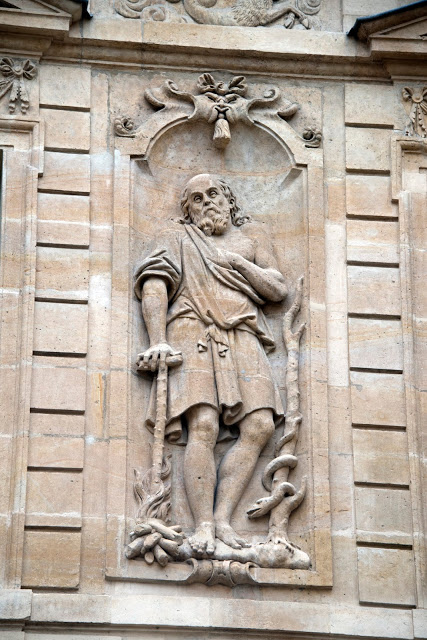 We went through the museum and out on the other side into a nice little square with a very green park full of locals and their children having a great Sunday afternoon, if a little wetly. Here’s the archway on the other side: 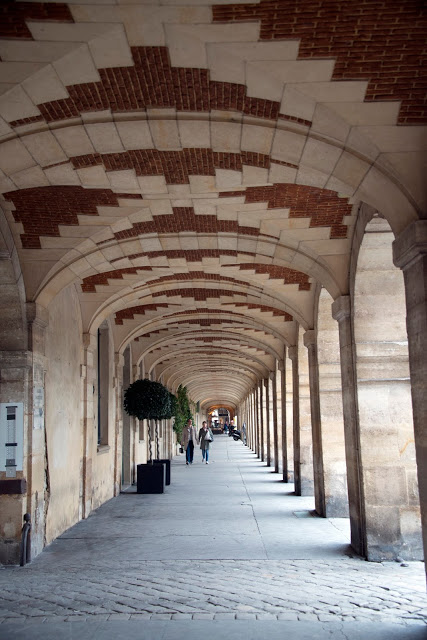 I imagined Johnny Depp or Donald Sutherland appearing out of the anonymous doors along this corridor any second.

We also visited this place: 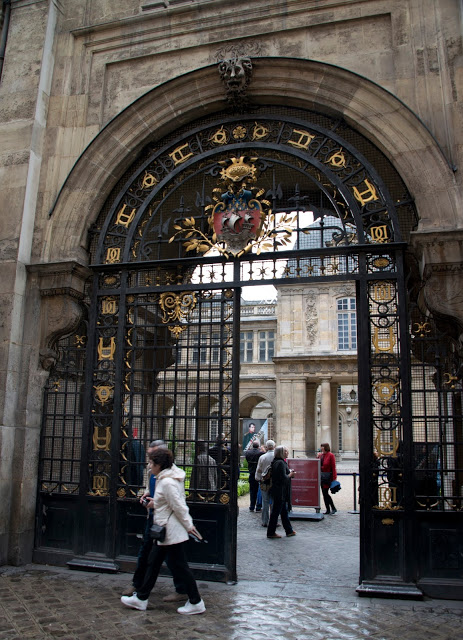 Now, the tour guide told us that it was a former residence of King Henry II and his queen, Catherine di Medici. She pointed out the golden emblems in the iron arch that are a combination of capital H and capital C. Henry’s mistress (or his last one anyway) was named Diane. The guide said Henry told Diane it was a combination of capital H and capital D, and he was able to keep both women happy and unaware of each other.

I’ve been on enough tours to become very suspicious of convenient little stories like this, however. In fact, in researching this place online, I found that it was built around 1560 for the president of Paris’ parliament. King Henry died in 1559! The H and C stand for its current name, Hotel Carnavalet. So, be skeptical of what tour guides tell you, people!

I once stood on the porch of an old house in New Orleans that was then a wonderful little clothing shop. I heard a driver in a passing horse and carriage tell his passengers about some voodoo princess that used to live in that house. The house owner and clothing artist was there with me and said none of it was true at all. Hmmmph.

Anyway, here’s the garden of the Hotel Carnavalet: 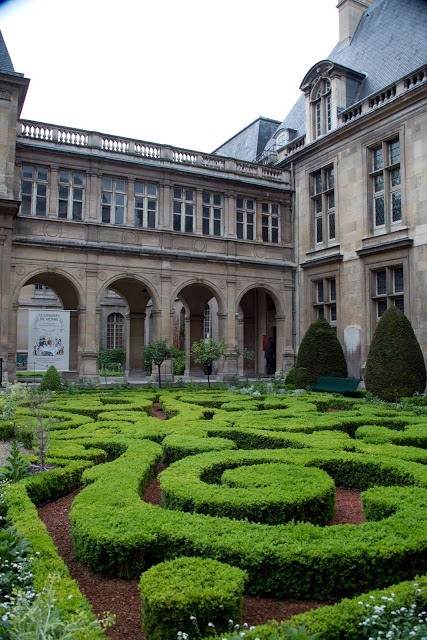 But our tour guide was actually very good overall. Though the tour was not of the highlights of Paris, it was a great local experience. She told us if you see a door in Paris, always push on it to see if it opens. If it opens, we should go in and see what was behind it. Good advice for anywhere, really. It was how she discovered a part of the old city wall next to a small botanical garden that had been established in an apartment complex courtyard: 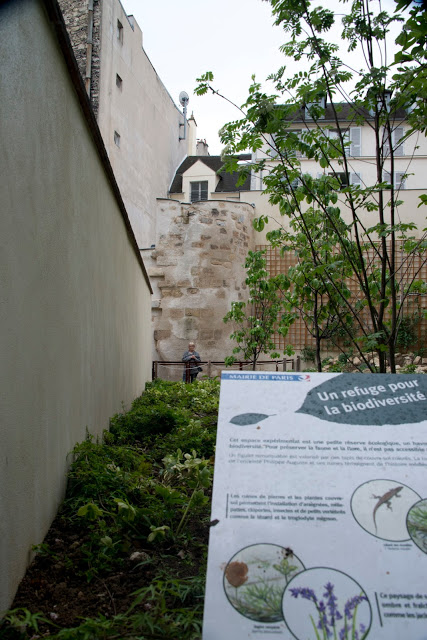 Eventually we came to the Jewish quarter. My friend commented that it was a little weird to come to a neighborhood to watch people live. After considering that, I agree. But there were some interesting scenes there on the famous Rue des Rosiers. Such as 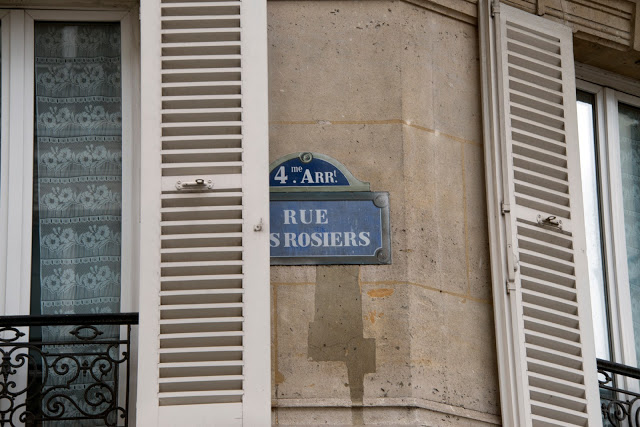 And a famous former restaurant, Goldenberg: 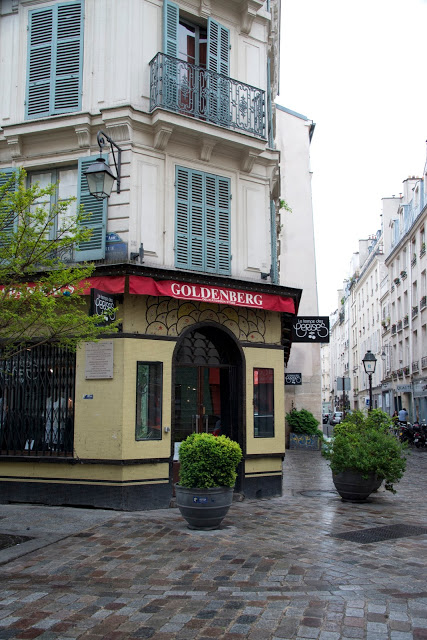 The restaurant was famous partly because of a terrorist attack in 1982 which killed six people. The owner died last year and the building is now a clothing store. But the new owners kept the Goldenberg signage, typical of Paris, and a plaque to the left of the door commemorates the victims of the attack.
Speaking of terrorism, since the attacks earlier this year in Paris, French soldiers now guard the Jewish synagogues: 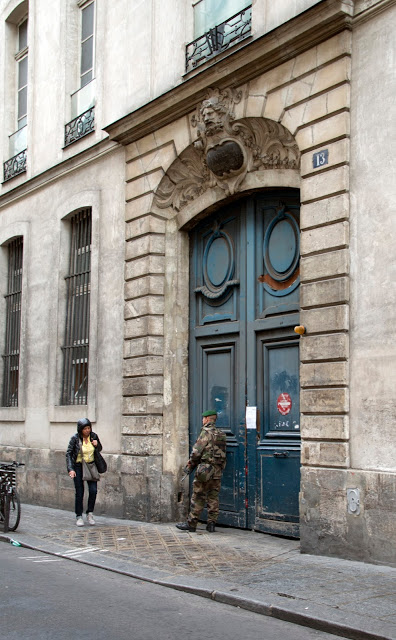 In reality, the guards didn’t want their pictures taken, but this one slipped into my camera before anyone could wave me off. I read an article online after this trip that said many people who live in the neighborhoods where these guards are stationed didn’t even know the synagogues were there until the guards showed up.
One of my favorite buildings in the area was this swimming pool and spa. I learned “hammam” means a sort of steam room (Turkish word). 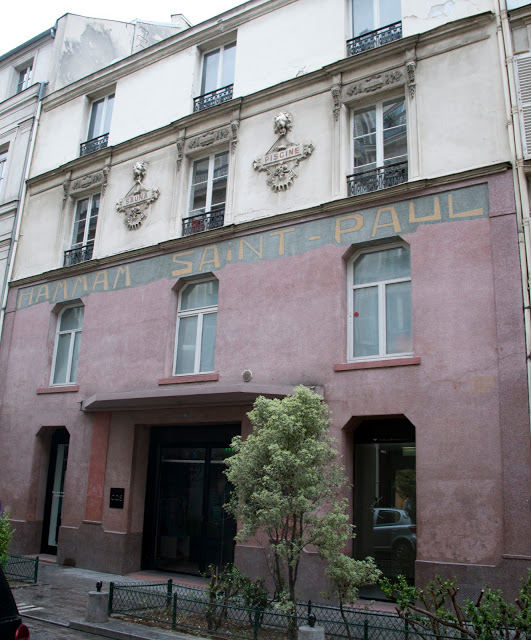 Here’s are details of the lion signs on the third floor: 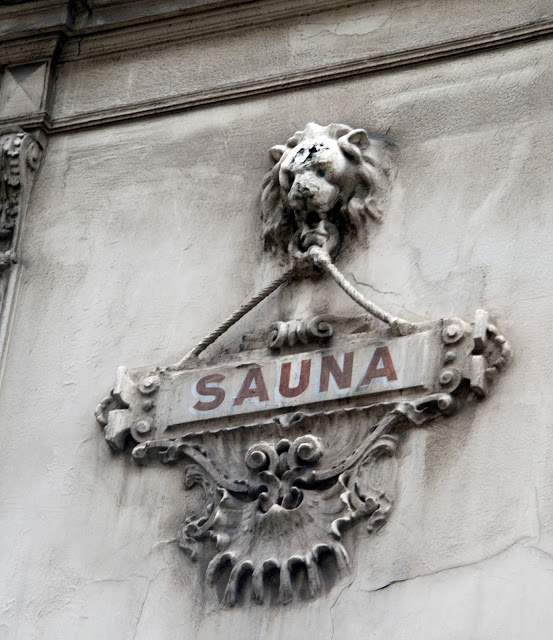 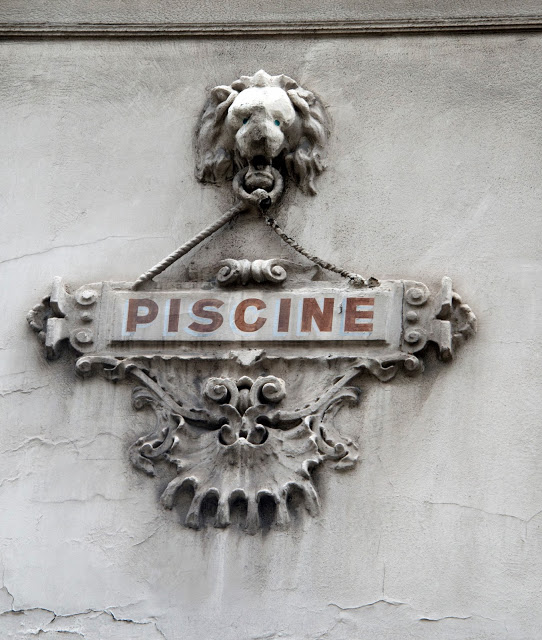 You saw pictures of some Jewish bakeries in the same neighborhood and a plate of falafel I had for lunch in my post about Food in Paris.
After our guided tour, we three companions (one wimped out and went back to the hotel) continued on a small exploratory jaunt along the Seine. We saw the grande Notre Dame: 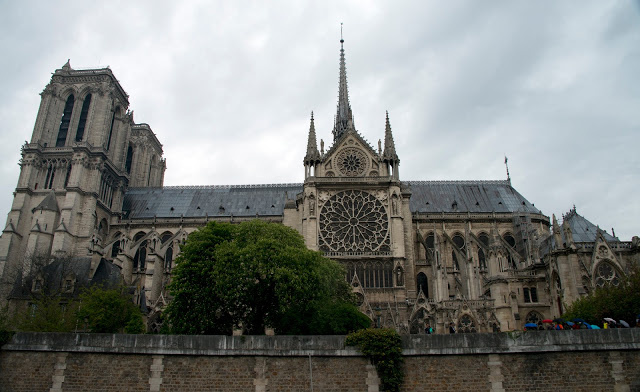 And one of my favorite sculptures, or should I say two of my favorites, since there are two atop the Grand Palais. These chariot-and-four sculptures are called quadrigas. These particular renditions, by Georges Récipon, have such power and movement and totally scream Europe to me. 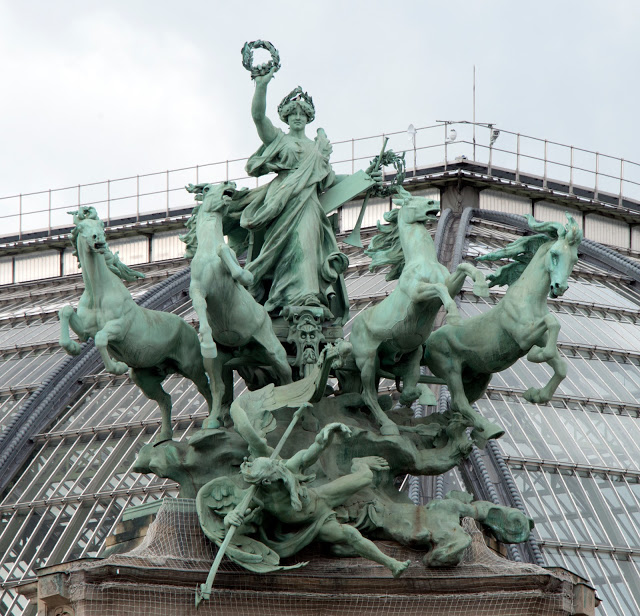 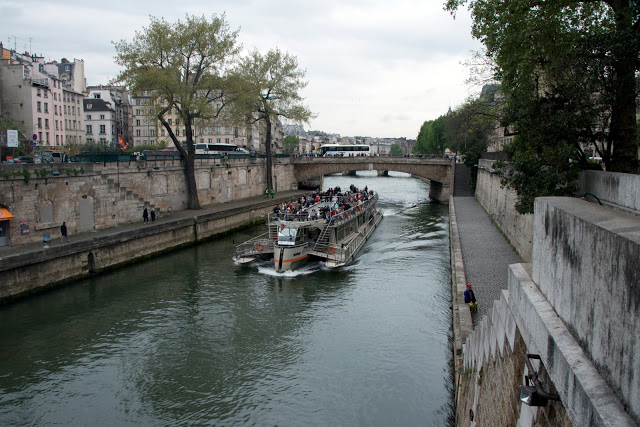 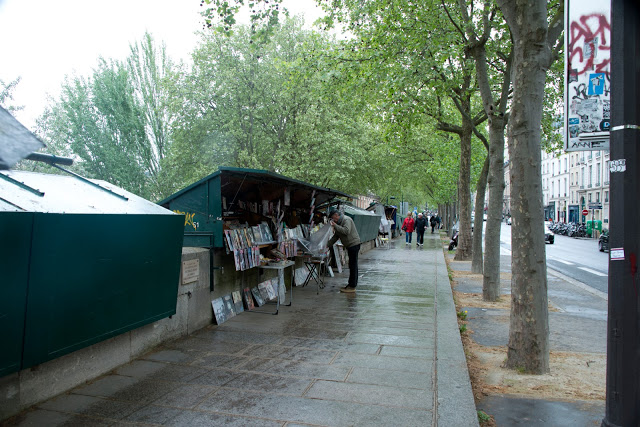 …and houseboats we swore to come back and stay in some day. This one has its own yard! 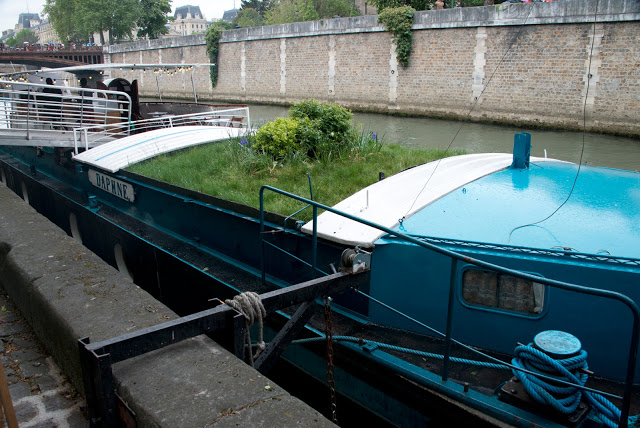 On this tour I also photographed the love locks on the bridges that you saw in my previous post. Alas, Paris has removed all the locks from one bridge and plans to remove the rest. The bridges will be constructed afterward with railings that prevent locks from being affixed. Too bad in a way, but I heard the city plans to melt down the locks and make a heart-shaped sculpture with them. I hope it’s true!

After escaping the weather in a lovely sidewalk cafe, we taxied back to the hotel in the now-pouring rain. What a great way to spend the day in Paris! 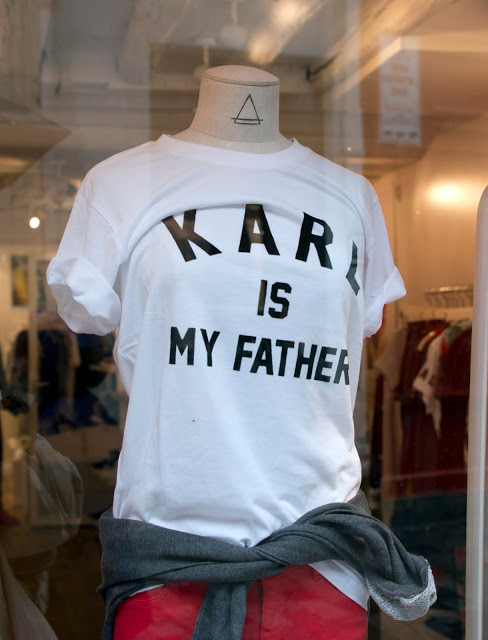 1 thought on “Another Little Walking Tour in Paris”