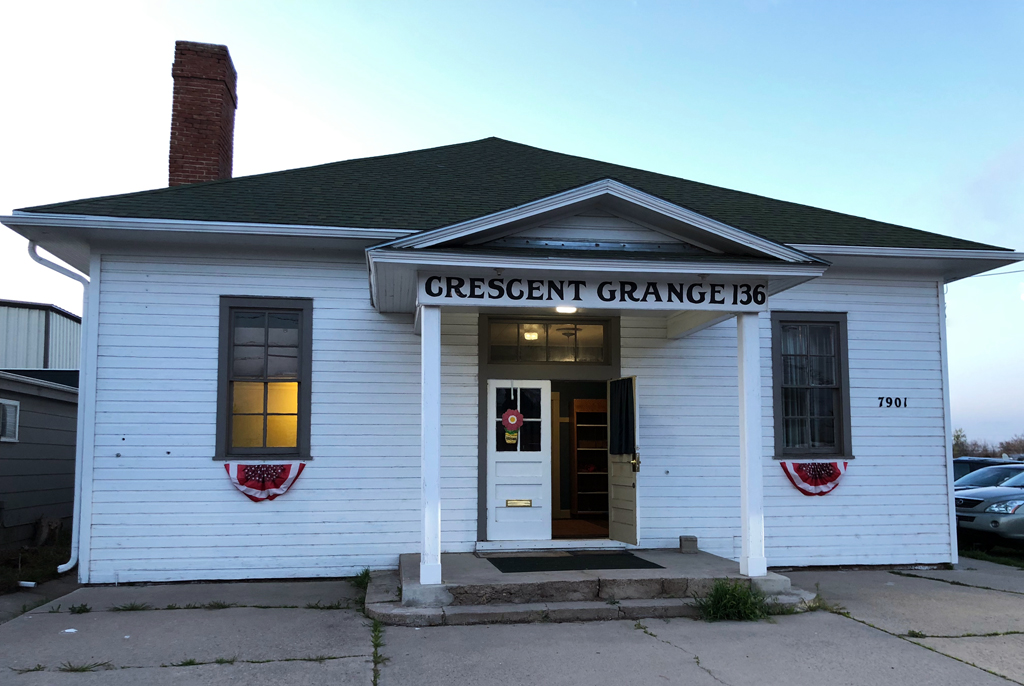 I have read about Grange Halls in Western novels, particularly those written by my friend R. Annan, but I didn’t know much more about them except they were gathering places for ranchers in the Old West. So, I was surprised and excited to find that they still exist and are still quite active. In fact, there is one here in Broomfield, Colorado, where I live! 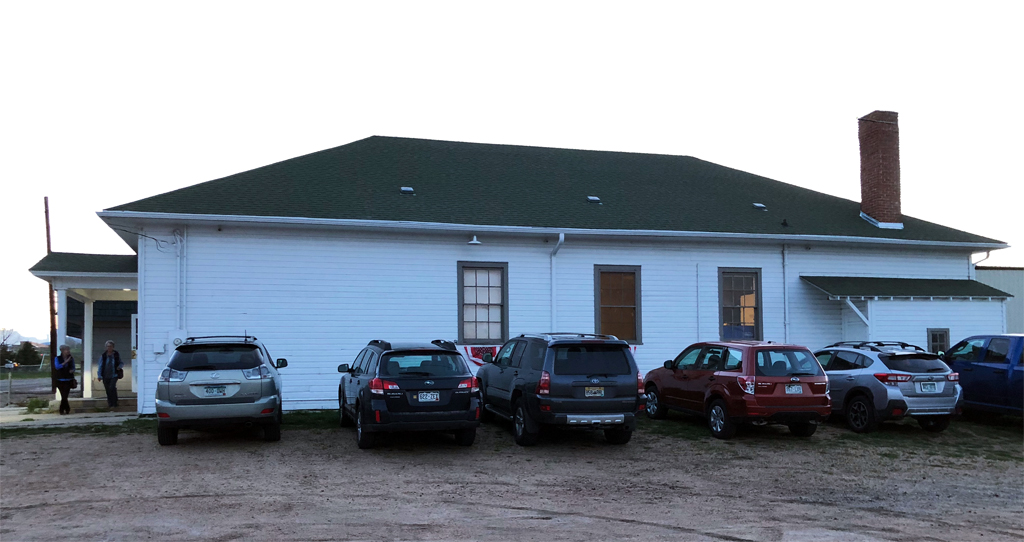 First some etymology: a ‘grange’ was originally the name for a large farmhouse with all its outbuildings, especially in England. A country manor might have the name Muckitymuck Grange, for example. In the States, an agricultural special-interests organization called Patrons of Husbandry began using ‘grange’ to refer to its gathering halls in 1867. This group carried out the Granger Movement in the 1870s. They campaigned for state control of railroads and grain elevators, plus managed to secure free rural postal delivery.

These days, the Patrons of Husbandry still exist as community-minded chapters, and they have gathering halls called Grange Halls, just like in the olden days. And so it is with Broomfield, whose local chapter and hall is called Broomfield Crescent Grange #136. Despite some research, I’ve been unable to find out why it includes the word ‘crescent’, but there are a few other crescent granges across the country.

As with many Grange Halls, Broomfield’s is the original, historic building. The chapter was formed in 1898 and the building itself was built in 1916. A few weeks ago I was lucky enough to attend a free lecture series inside the Grange Hall, which can be rented out for meetings and such. This particular lecture, presented by the Broomfield Depot Museum, was an interesting talk by a local historian who spoke about the history of mountain towns near here. He spoke about the Winter Park area, where I’d visited before, so it was great to have a point of reference.

While there I snapped a few interior shots. Here’s my favorite, a shot of the grain silos outside the window. I plan to get more in-depth on the grain silos in a future blog post. 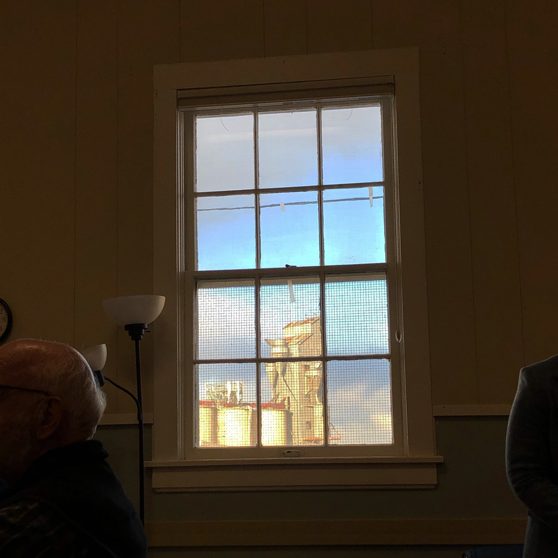 A shot toward the stage: 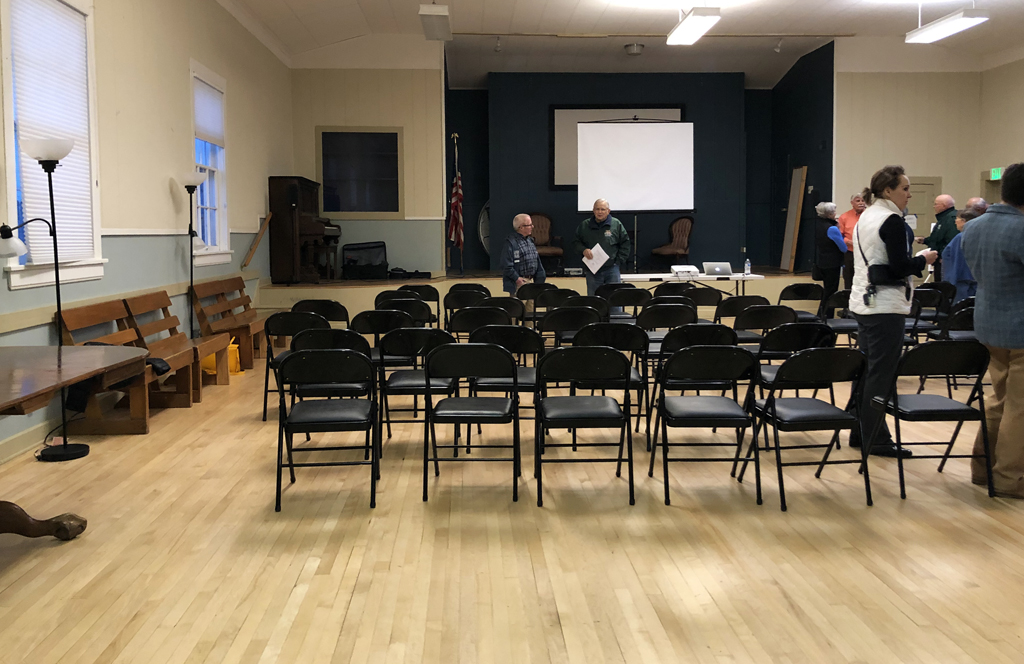 and toward the rear: 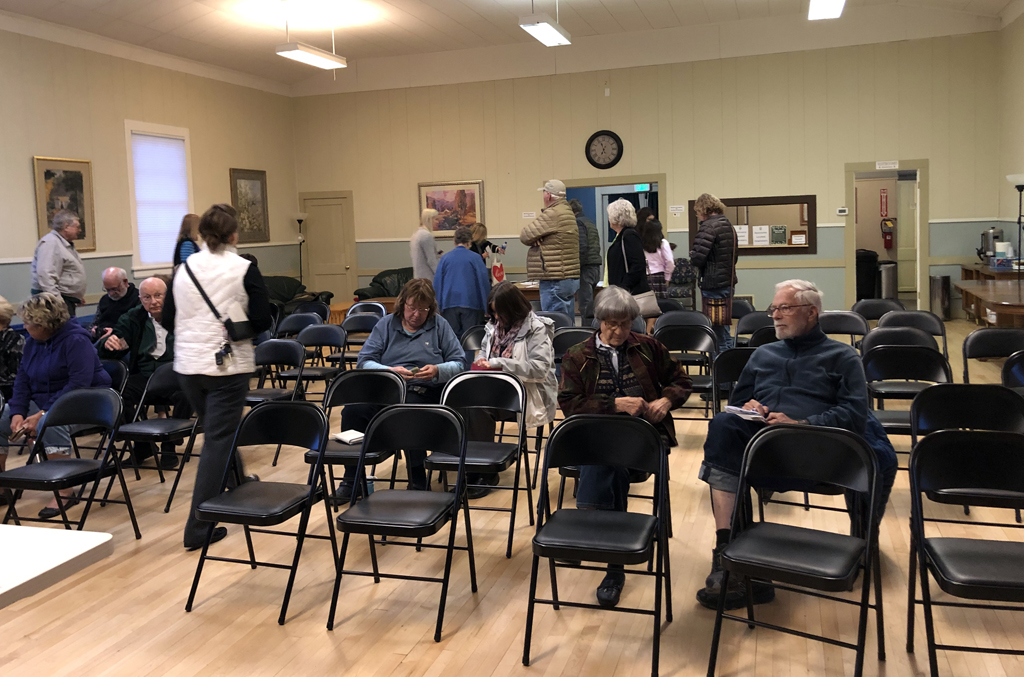 And the Patrons of Husbandry trophy cabinet on the east wall: 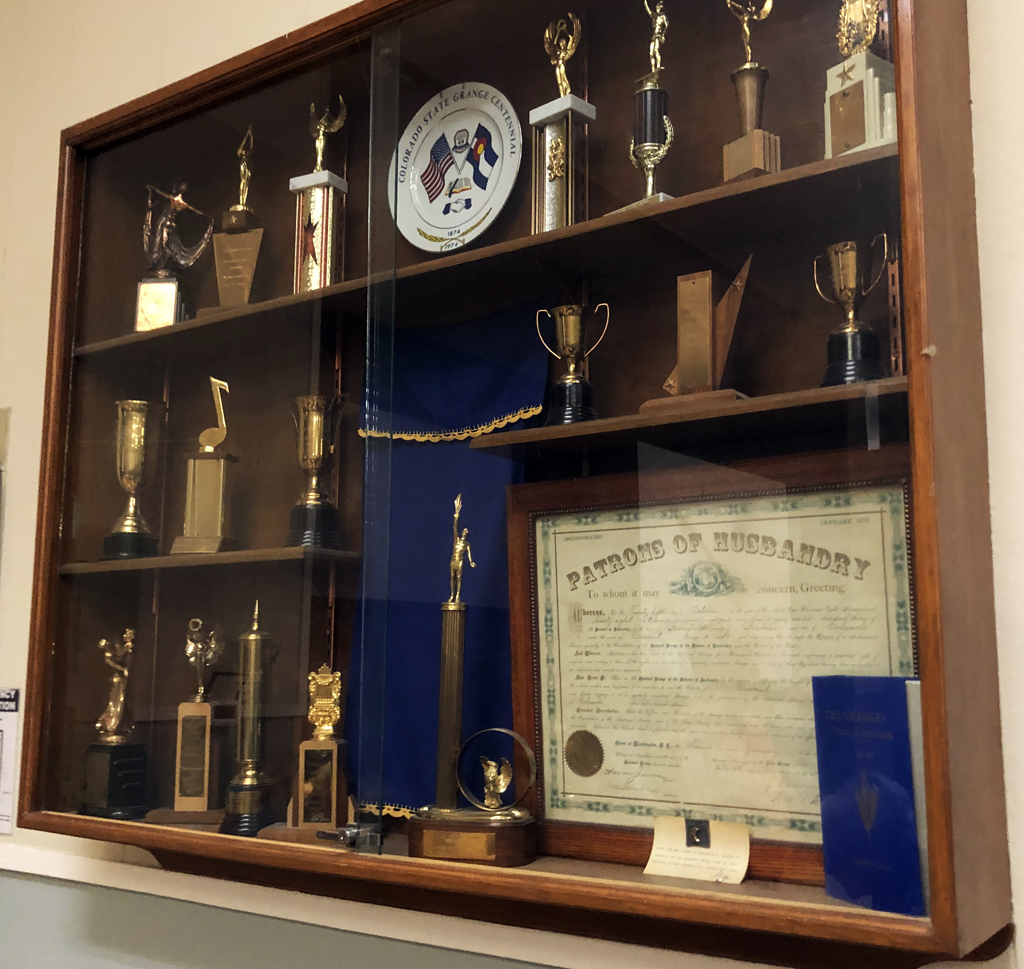 They even have an upright piano that looks historic, though I’ve no way to know how old it is: As far as I can tell, the Grange Hall is in its original location, which is very near where the original train depot used to be. If anyone knows any different, please let me know in the comments. I do know that it was designated an official Local Historic Landmark in 2018.

The chapter has monthly meetings that focus on community service, such as Earth Day celebrations and the like. They also provide an organic garden space behind the hall, along with some beehives. It’s worked by volunteers and the produce is donated to the local food bank.

I really love that the community has this bit of Old West history running through it. And that they are still serving a valuable purpose today! 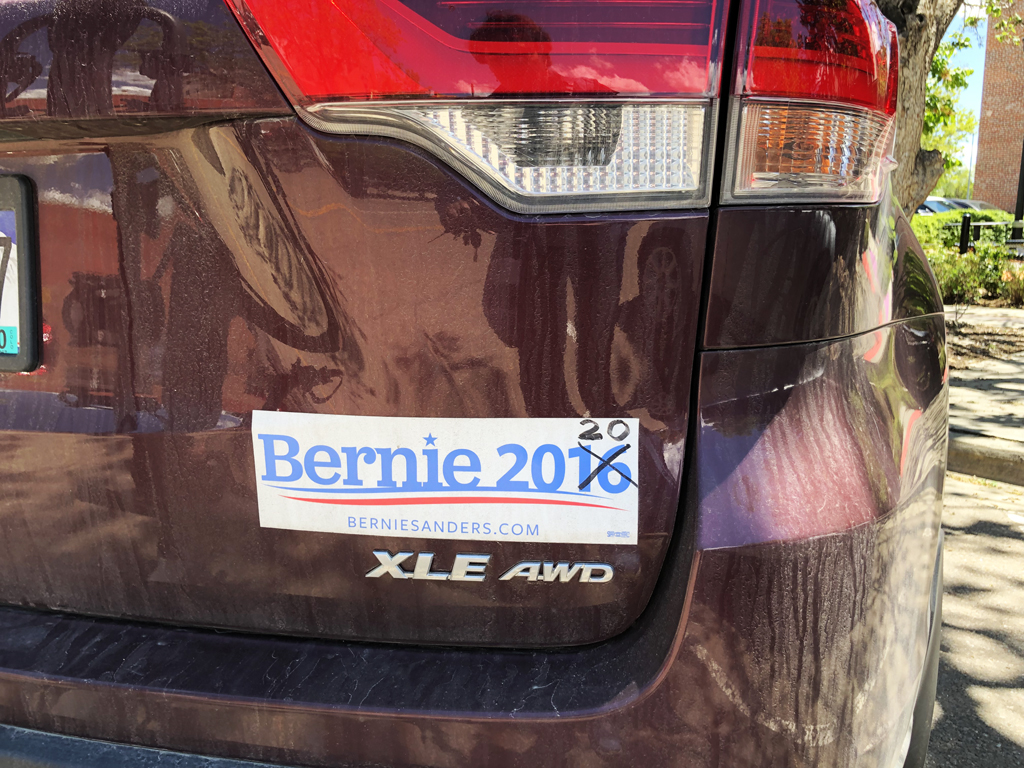