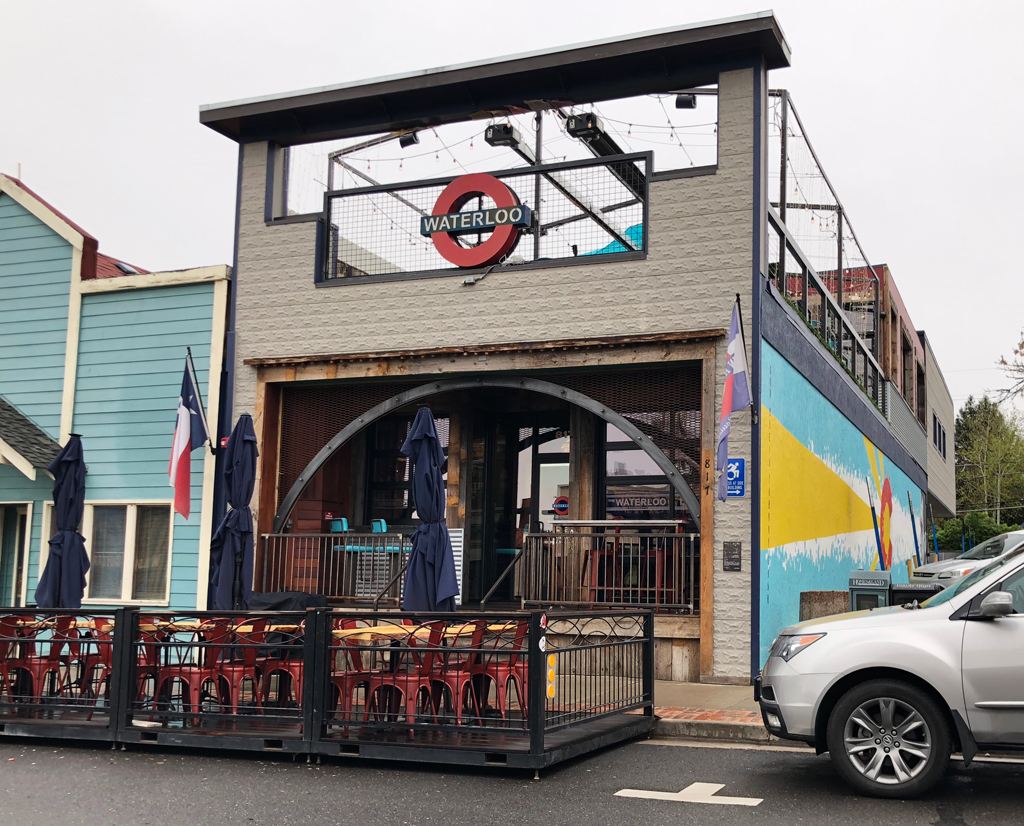 I’m not sure where I heard of the Waterloo restaurant the first time – maybe my hairdresser, who is full of great ideas. At any rate, my adventure bud Laura and I set out recently on a really chilly, rainy weekday afternoon to check it out.

It’s in Louisville, Colorado, about 20 minutes from my place, just north of Denver. I’d visited this little town before, specifically to photograph the bronze statue of John Breaux, which I posted about last year. I love that little town, with its “typical” American main street, parks and homey feel. The Waterloo added to that feeling.

You can see in the photo above how Louisville has built (or allowed to be built) platforms in the street that cover the parking spaces. I think it’s a great solution to outdoor dining in limited space, but parking suffers, of course. In this case, there was ample parking beside the building.

It’s the most Johnny-Cash-centric place I’ve ever seen! Check out the mural on the side facing the parking lot: 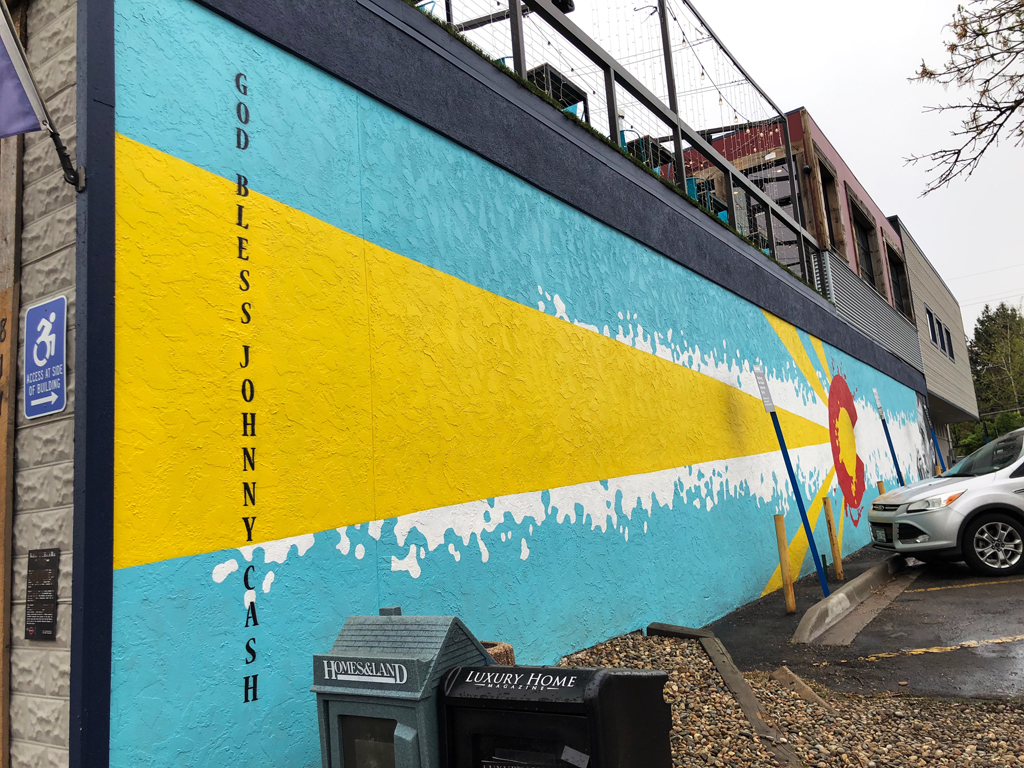 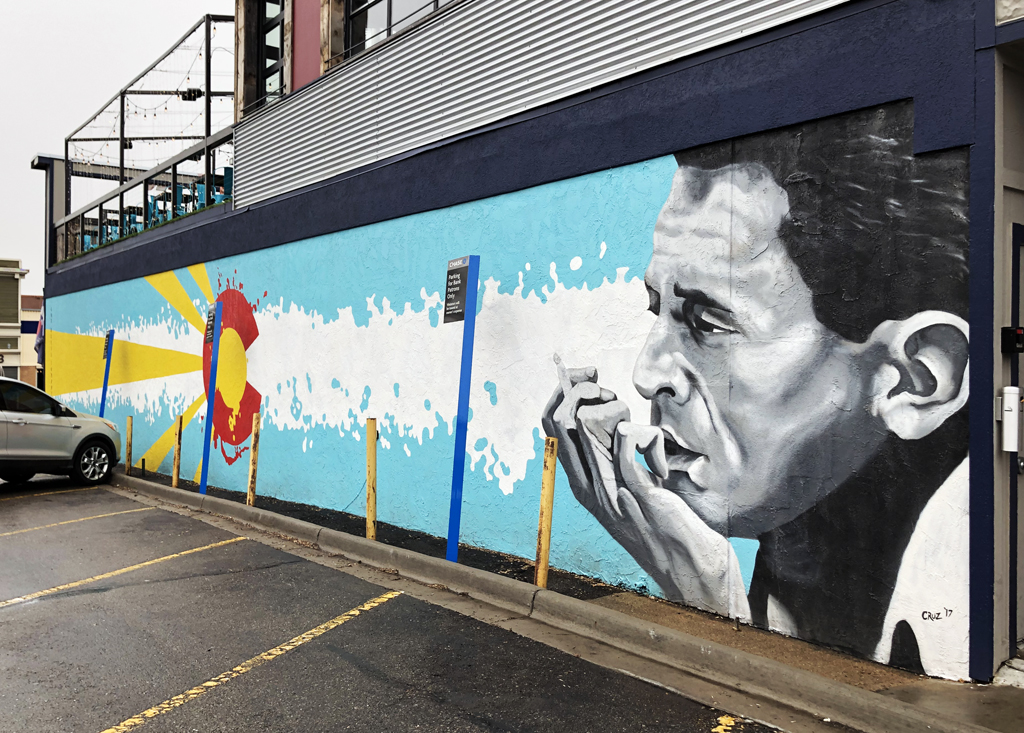 Yes, that’s JC himself, who looks a lot like Bogart to me.

Anyway, the Waterloo, dubbed “The ‘Loo” on the website – wonder what British people think of that? – is actually in an old theater building. The Rex Theater, commemorated on a plaque on the building’s exterior, was erected about 1900. It was a movie and a stage theater until the 1970s. Of course, subsequent businesses made lots of mods to the place, but in 2011 the historic facade was restored.

You can tell it’s something special at first glance. Here’s the ceiling on the porch: 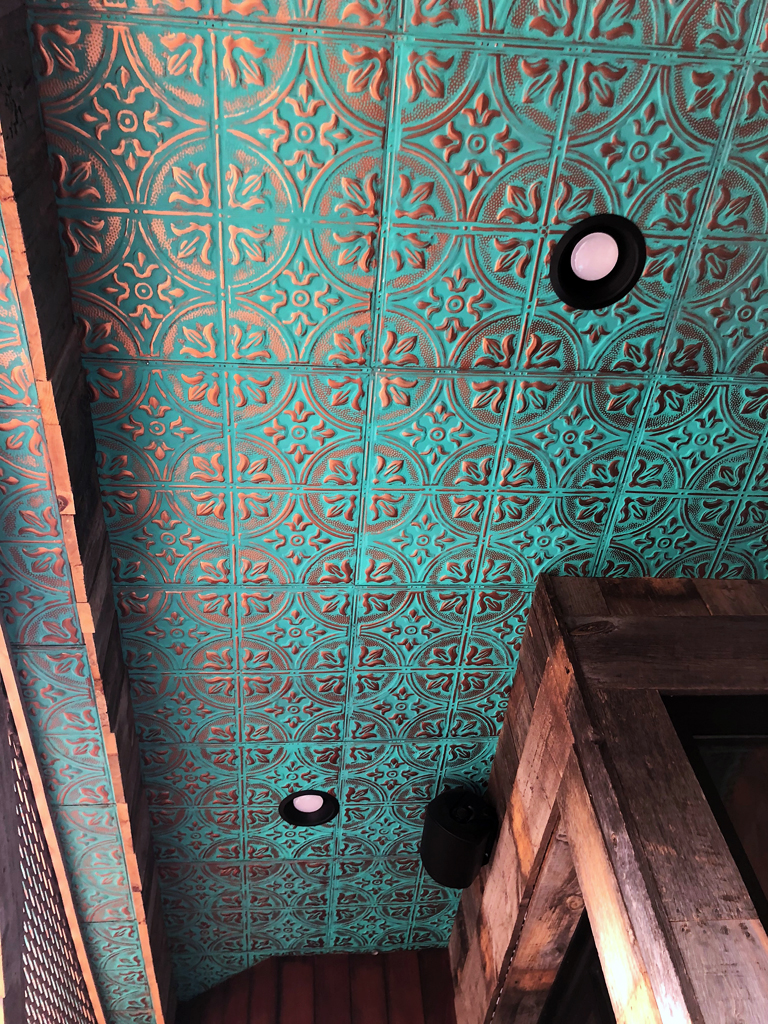 Inside the front door is the bar and the ground floor dining room: 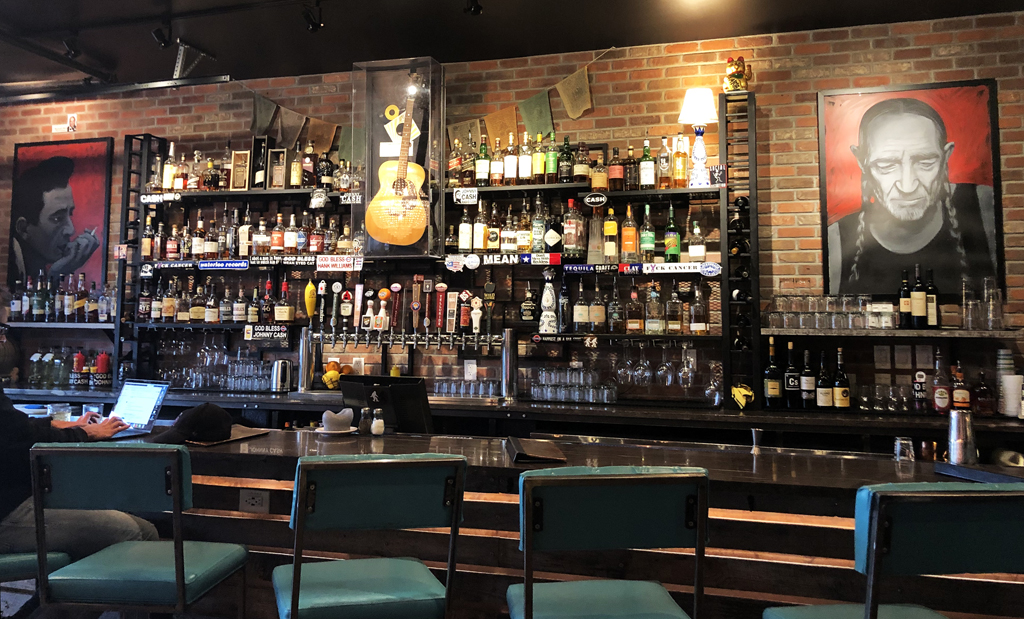 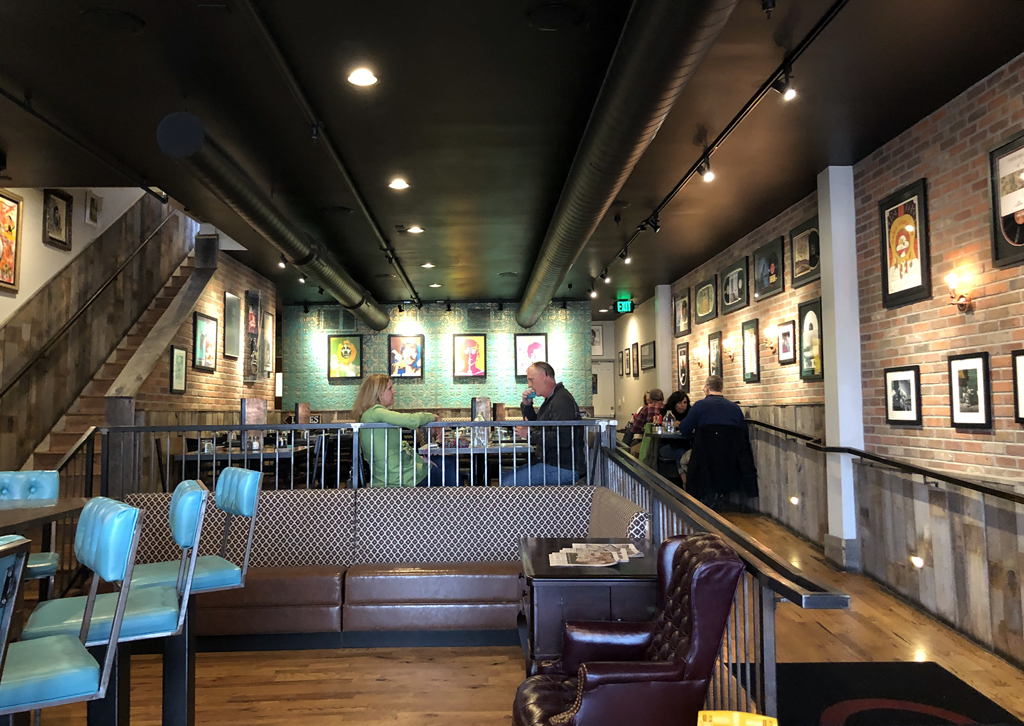 Detail of the back wall:

And the clever hostess stand: 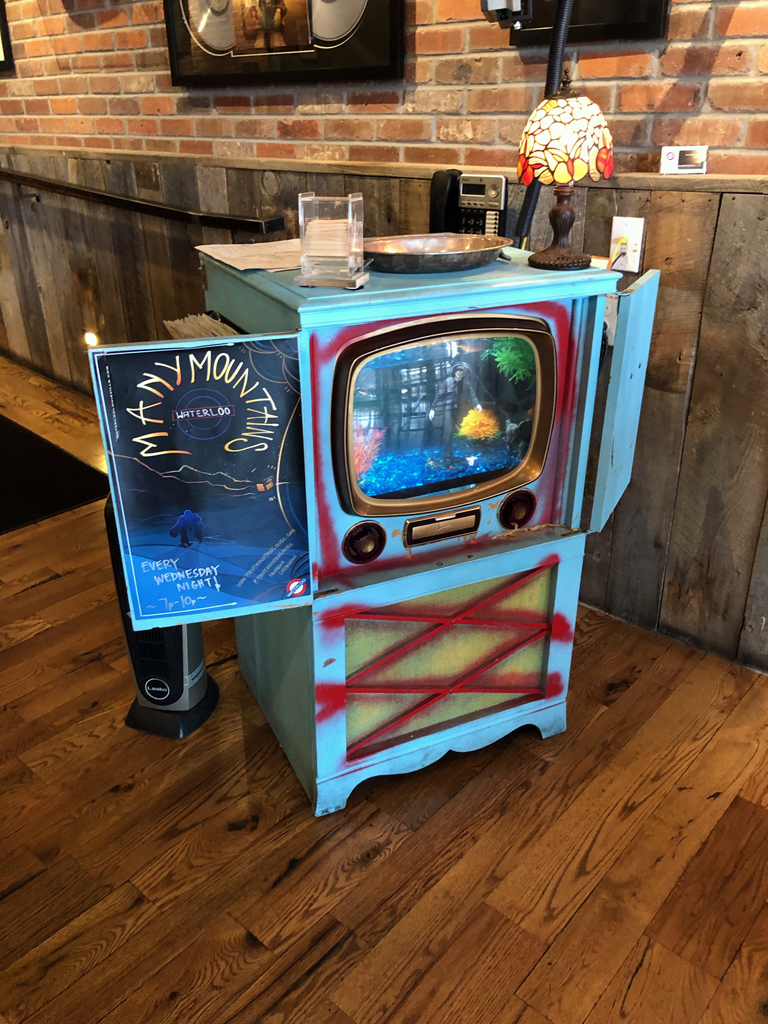 And the air-brushed car panel on the wall opposite the bar: 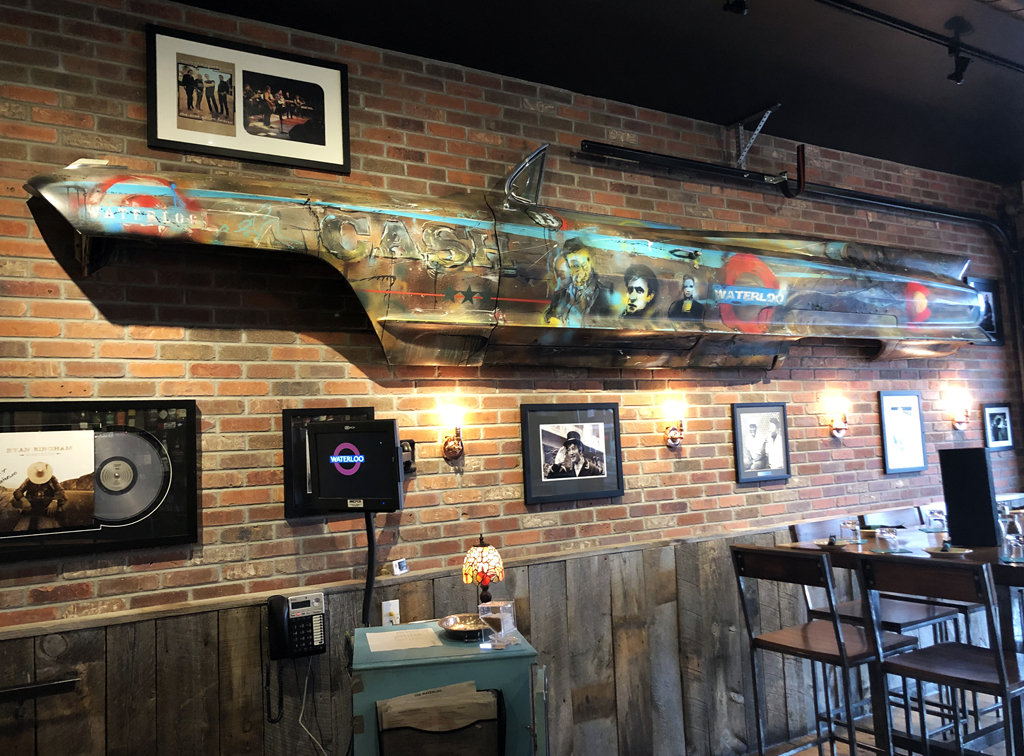 Told you it was Cash-centric: 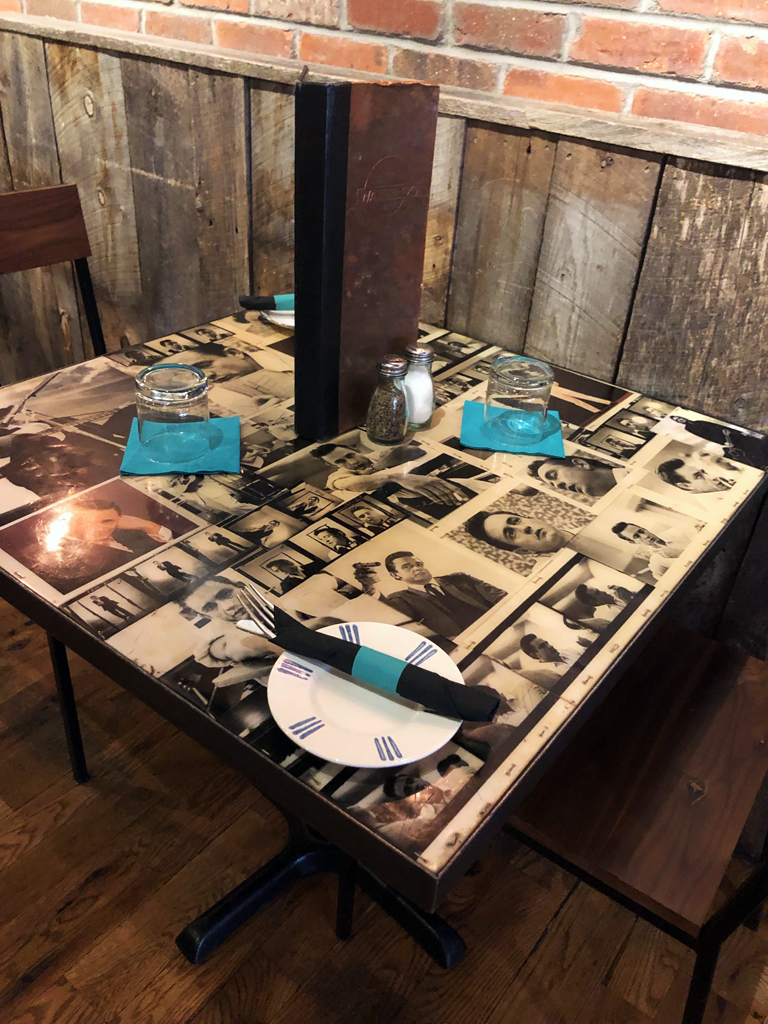 We chose to dine upstairs. In the stairwell is this fun art: 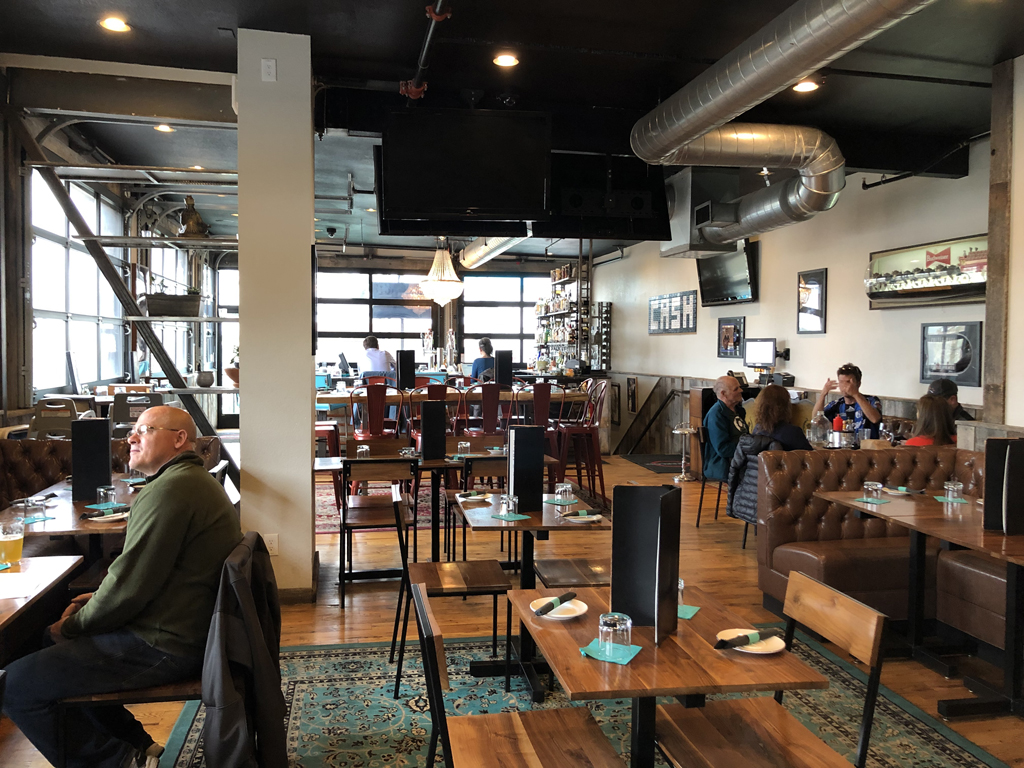 They also have a patio on the roof for dining. There is an appealing brunch menu for Sundays, complete with live music. I’ll have to try that out in the future.

For this day, I must recommend the smoked tomato bisque, especially with weather like we had! 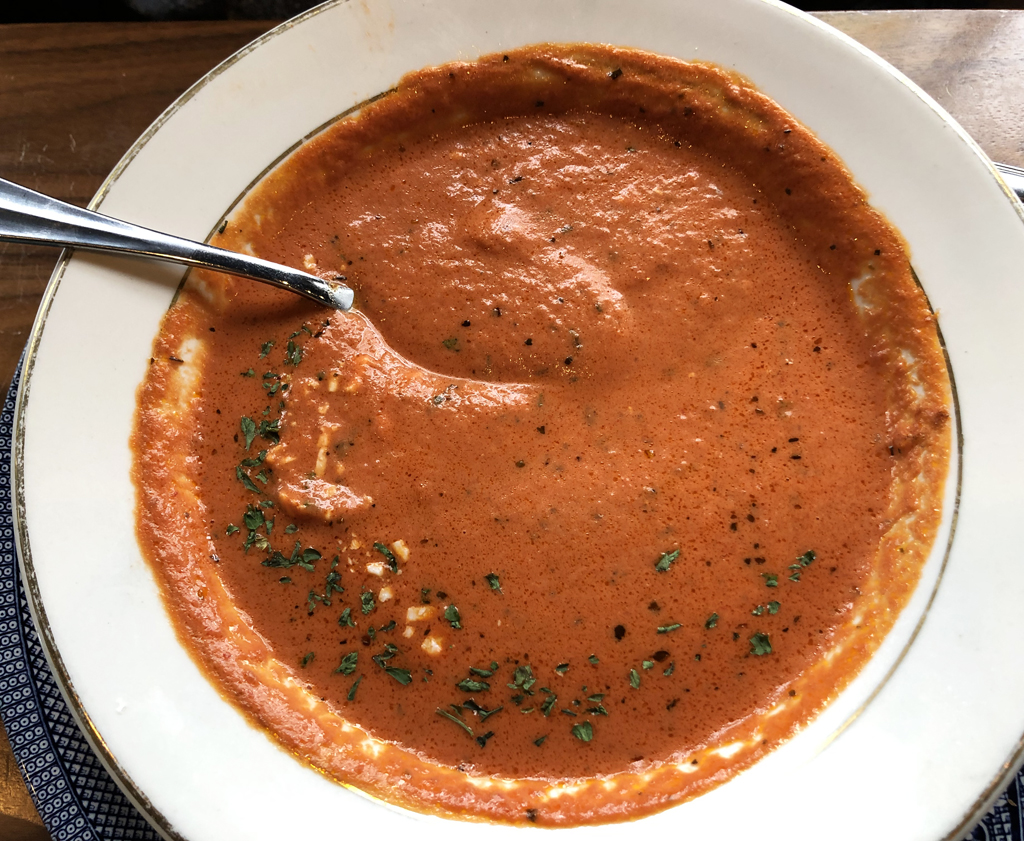 We also had grilled avocado, which I’d recommend, but I can’t show you a picture of it because we devoured it as soon as it arrived at the table.

There was also lots of music memorabilia, kind of like at the Hard Rock Cafe (any of them), but not as much: 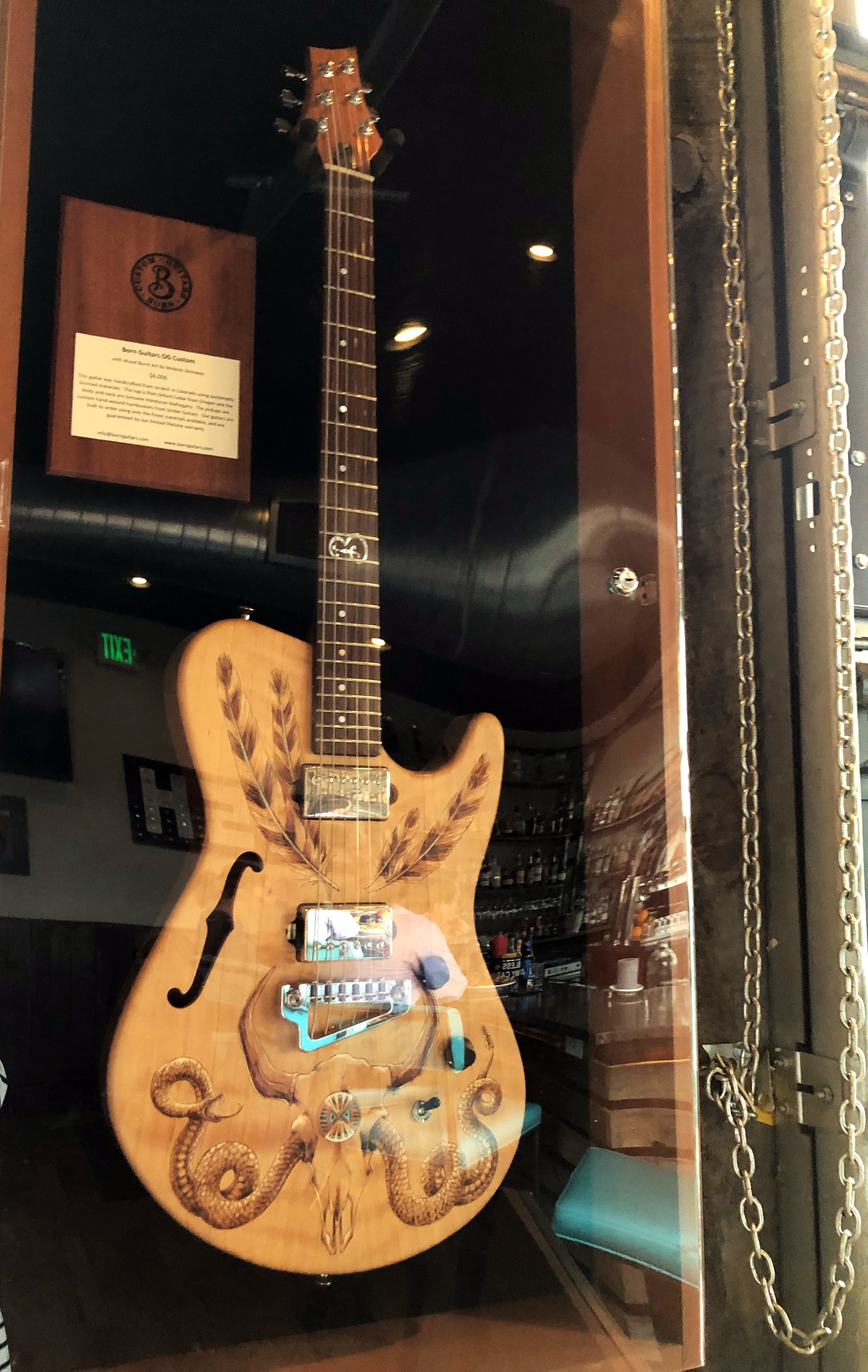 And there was plenty of JC and other classic country playing the entire time. We asked the waitress why JC and music? She said that they “just like him”, which seemed unsatisfactory. Then she added that the founders of the restaurant used to own Waterloo records, and that’s where all the memorabilia came from. Could’ve led with that!

When I asked why Waterloo, especially since it’s decorated outside with a London underground sign for Waterloo station, she said she couldn’t remember exactly, but that, when the founders decided to go into business in a restaurant, they were at Waterloo station in London, or “something like that”. Could’ve led with that, too! None of this info is on their website, oddly. But I’m glad to know it. 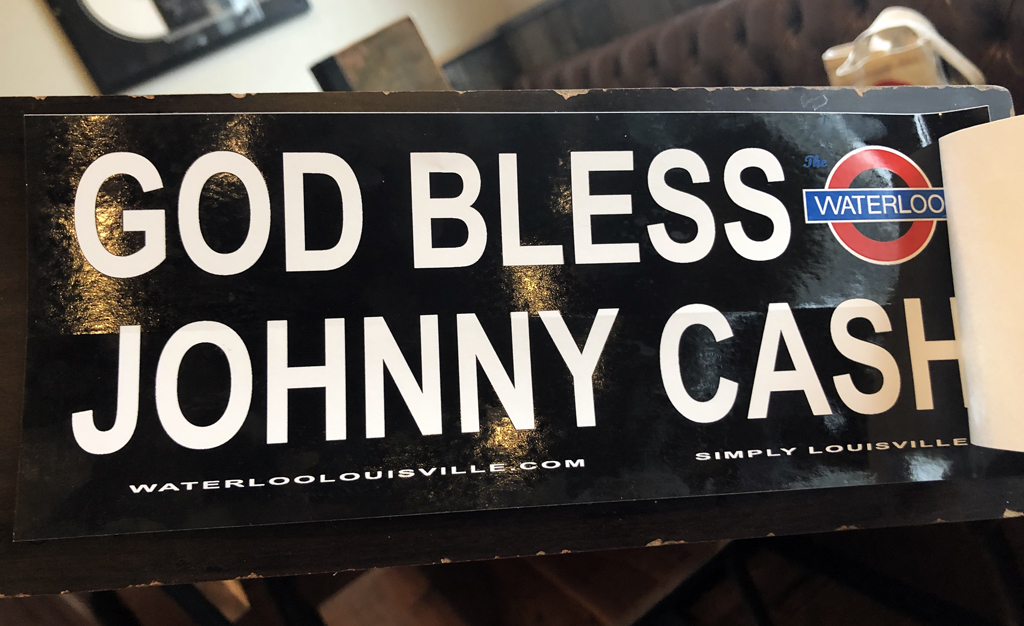 And, indeed, it arrived on the board with our check. Near as I can discover, this logo might have originated at a bar in Texas, but I’m not totally sure. All I know is that they are dyed-in-the-wool JC fans in Louisville. And I also know that I would HIGHLY recommend their joint – the food was great, the service very friendly, and the surroundings are really, really interesting! 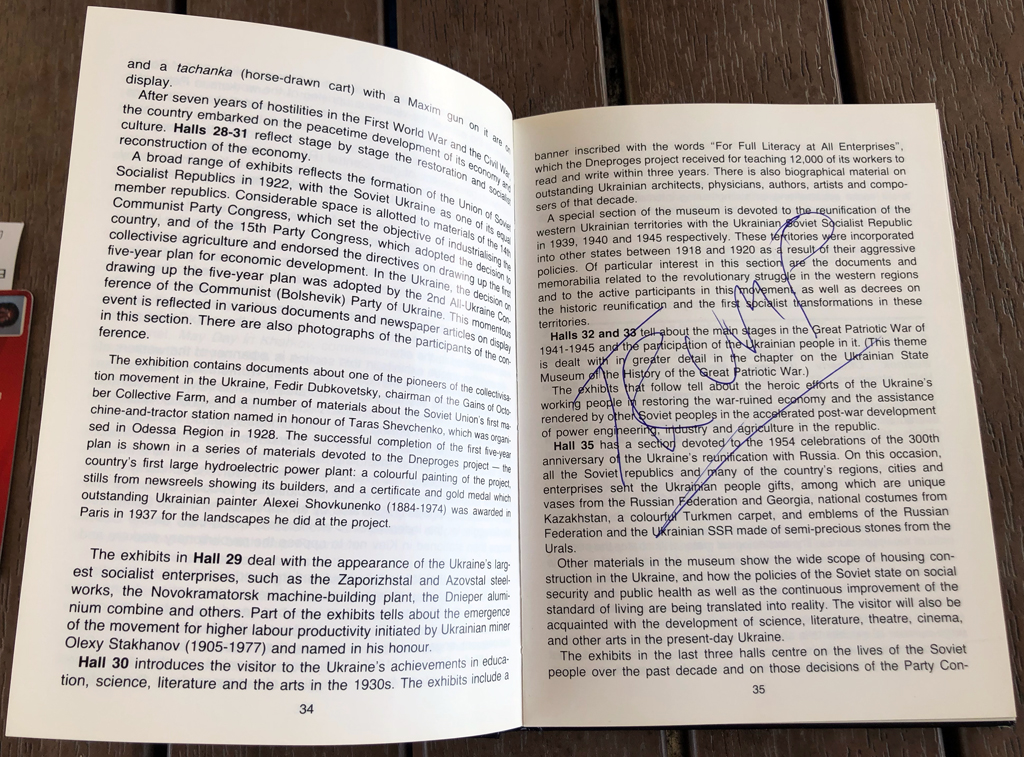