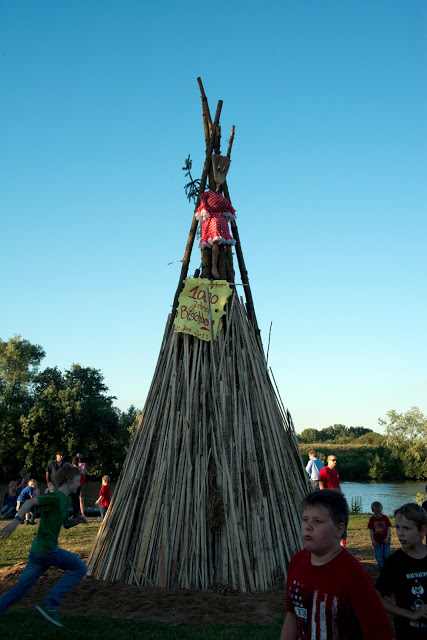 Buy my first and biggest cookbook: authentic German recipes with full instructions on how to accomplish them in the States:

Click the image above to order on Amazon.com today! It’s available in print and Kindle versions. I can even hook  you up with a PDF if you message me.

On the last weekend of June every year, Germans – at least the ones in Franconia where I live – get together to celebrate the first day of summer, otherwise known as midsummer or summer solstice. The focus of this fest is a giant bonfire which is lit after the sun goes down. This gives the populace time to enjoy the local beer, some bratwurst and accompanying oompah music from the local band.

Whatever its orgins, Bischberg had its Johannisfeuer on June 21 this year. My husband and I were invited by Alycja, who runs the flower shop downstairs from my apartment. Bischberg lies on the river, so the fire is held there every year.
We walked the three blocks down to the river where the welcome banner had been strung across the entrance to the bike/walking path along the river. The entrance is actually an overpass; above it is a section of autobahn bypass: 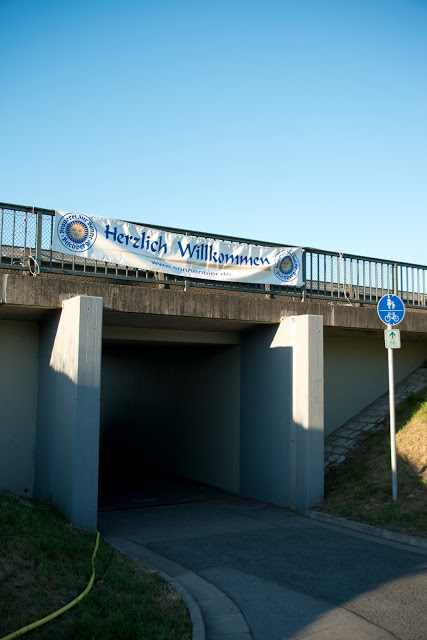 Although I have several shots of this, I included the one above because it shows some of the dozens of kids who were literally going CRAZY running around the thing. It was as if this was the biggest thing that ever happened to them!
You will also notice the stick figure mounted on top of the stick teepee made out of a straw broom and wearing a rather frilly frock. I’d never seen a Johannisfeuer up close before, so I was unfamiliar with this aspect of it. I asked what the effigy stood for and was told it was a Hexe, or witch. I don’t think St. John’s birthday has anything to do with a witch, but whatevs!
It’s interesting that they truck in the sand to make a place for the bonfire. Then, the next day the truck comes back and they shovel it all back in and haul it away. After 24 hours, you’d never know there was a fire or fest there!
As we rounded the corner out of the overpass, there was our esteemed fire department overseeing things. 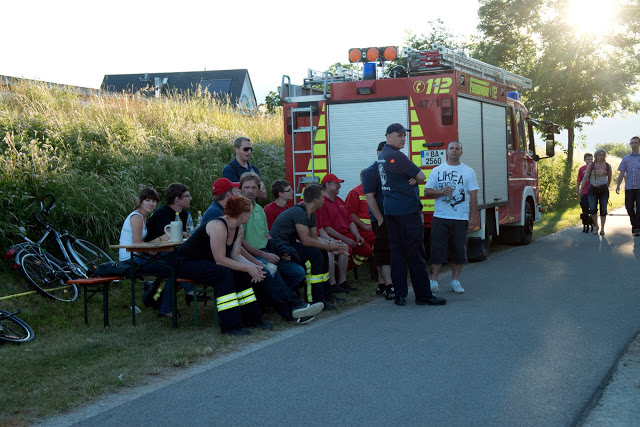 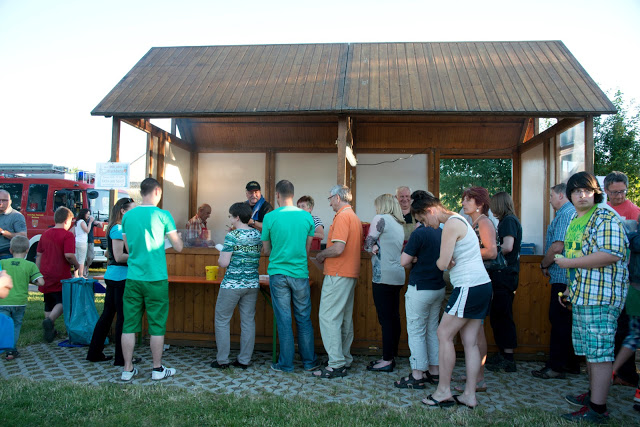 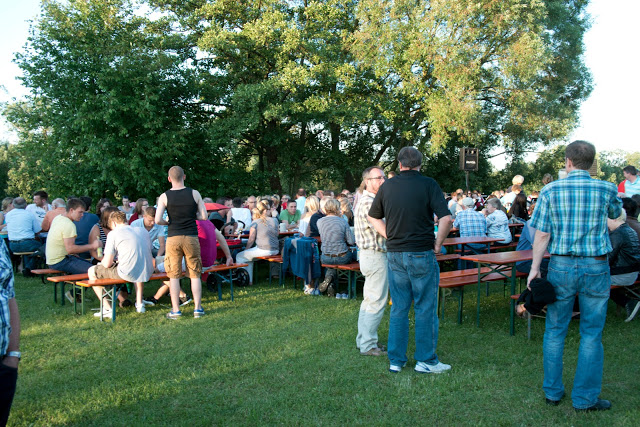 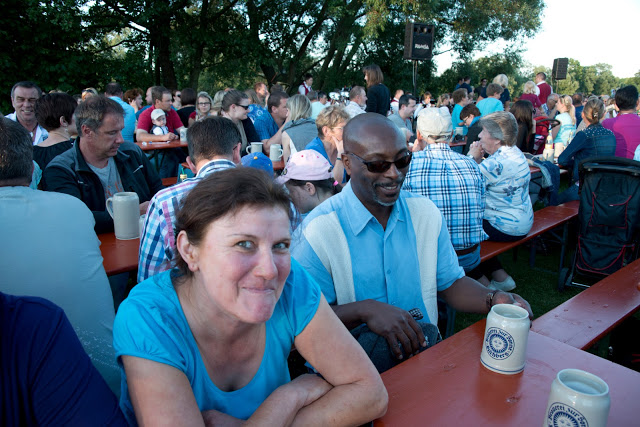 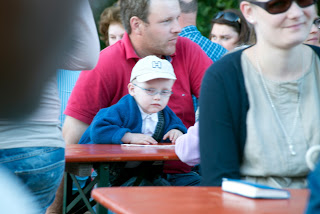 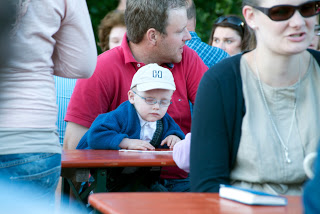 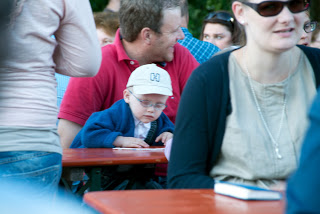 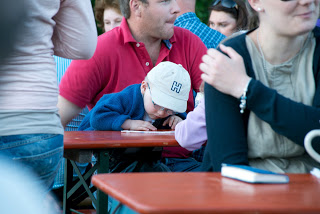 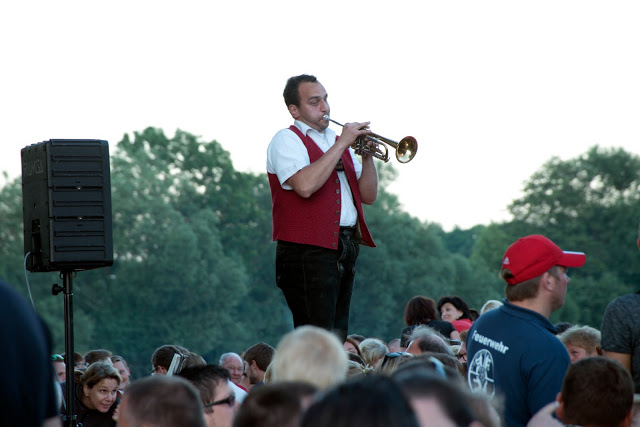 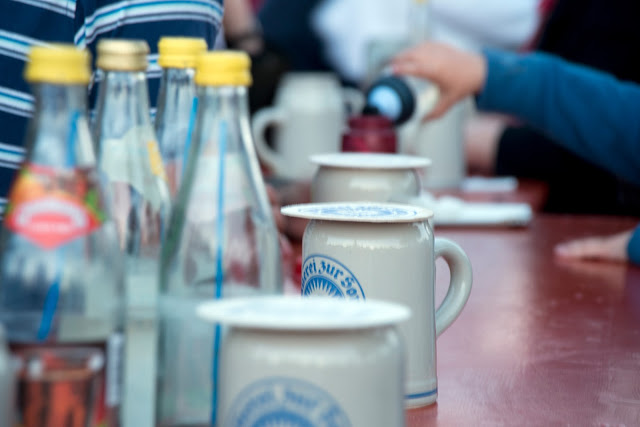 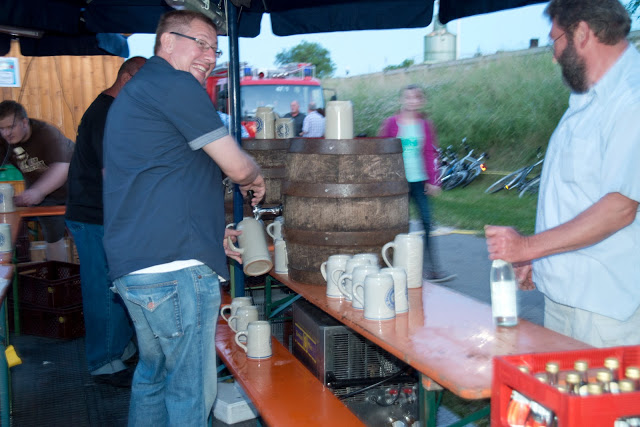 Alycja with “ein Paar” – a pair of bratwurst on a kaiser roll, the local fave: 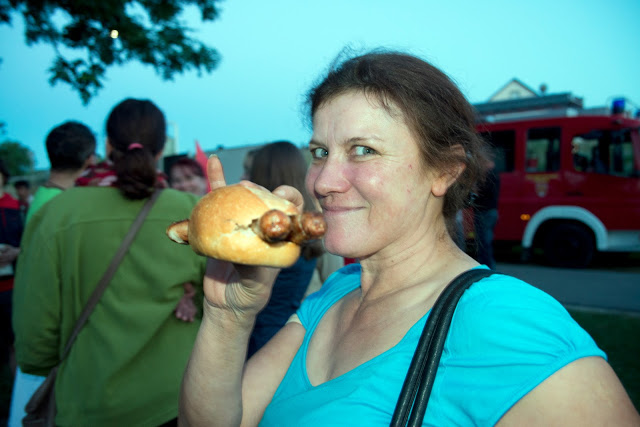 I shot a video of the actual lighting of the bonfire. You’ll notice that there are kids who each have a sponsor in the fire department and each of them is helped by the sponsor to light the bonfire. 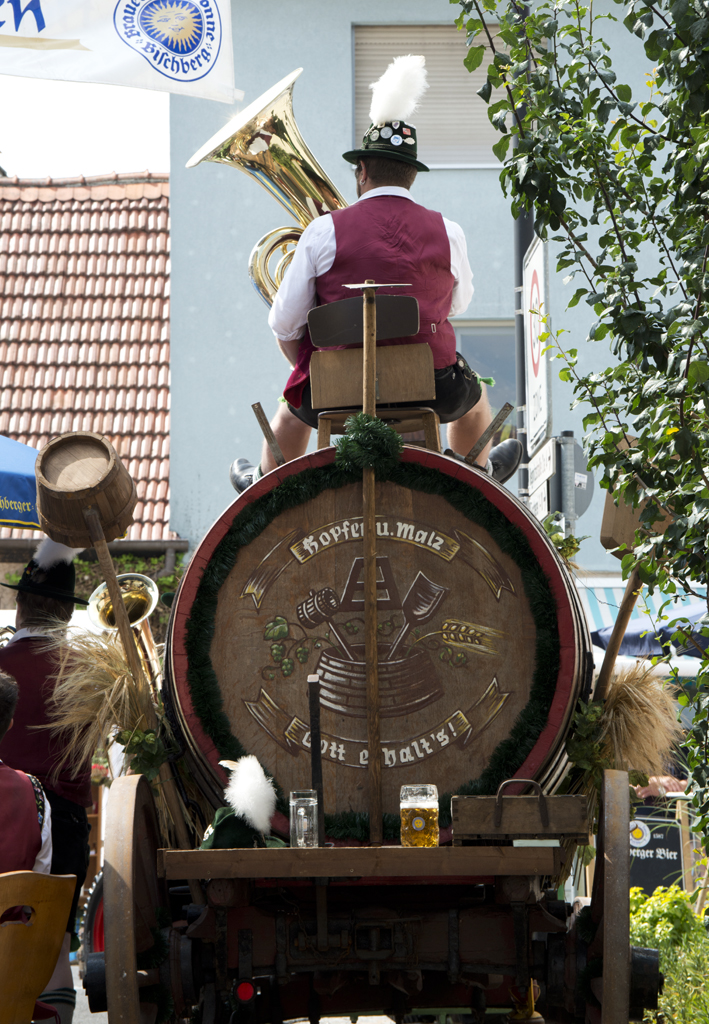