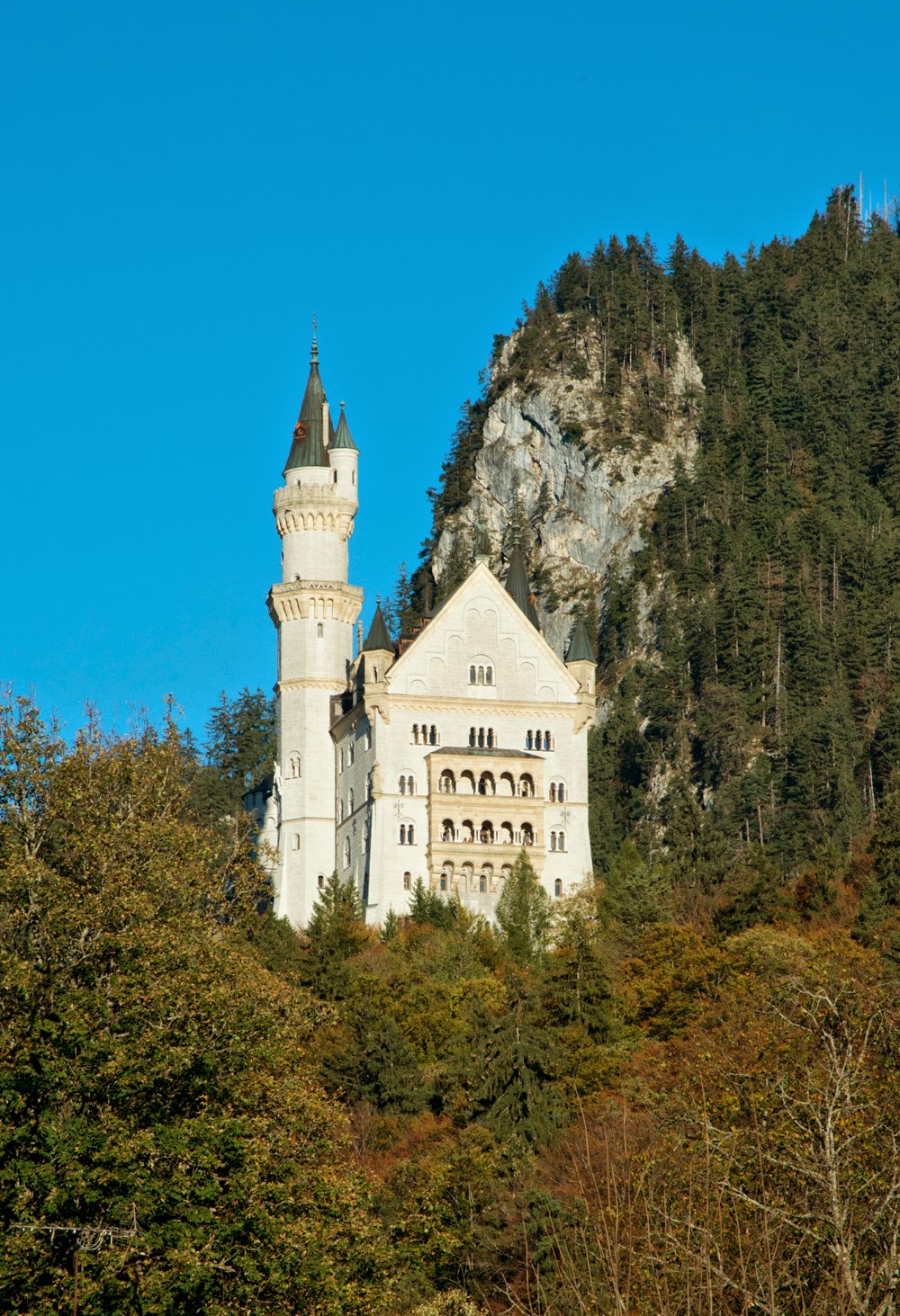 For some easy, no-cook (and cook, too!) recipes, buy my AppSnax recipe book.

It makes a great addition to your entertaining recipe stash

and a wonderful gift for the cook on your holiday shopping list (it’s not too early!)

Recently, my husband and I visited Linderhof and Neuschwanstein, two beautiful castles built by King Ludwig II back in the late 1800s when Bavaria was still an independent country. It startles me to realize that Bavaria has been part of Germany for fewer years than the USA has been a country. This post brings you Neuschwanstein.
Before our tour bus arrived there, we made a stop in Oberammergau, a village famous for the Passion Play performed there every 10 years. I can’t imagine this tiny town overrun by tourists every decade but I hope to see it next time around in 2020.
The tour guide pointed out the paintings on the buildings as a typical tradition in Oberammergau. I can attest that it’s a Bavaria-wide tradition. This house shows the story of Little Red Riding Hood: 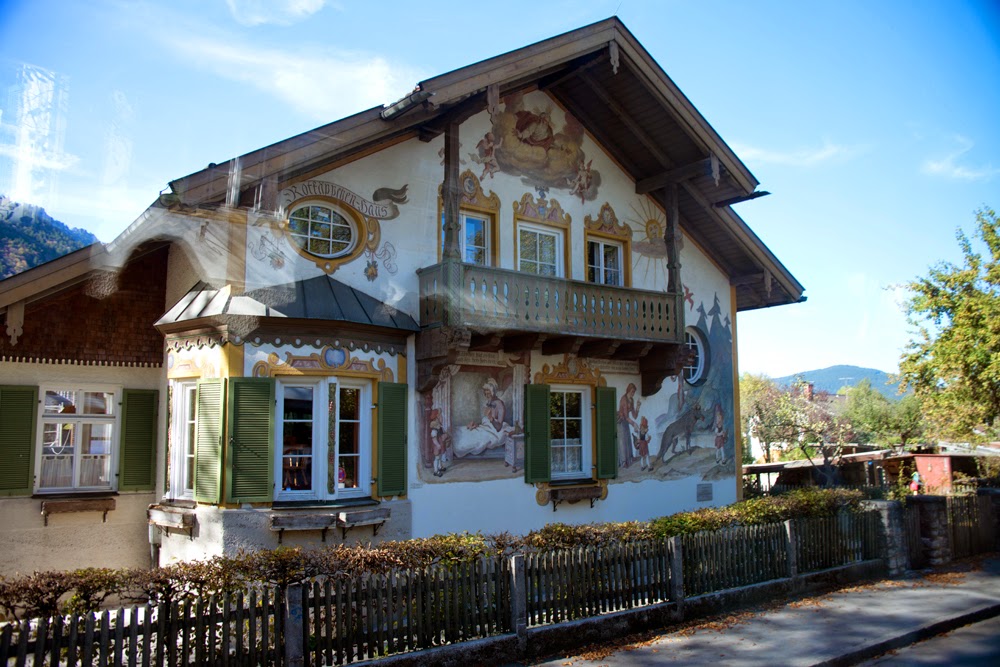 While strolling around the village, my husband and I were lucky enough to see this Jag, an “Old-Timer” (German word for antique automobile): 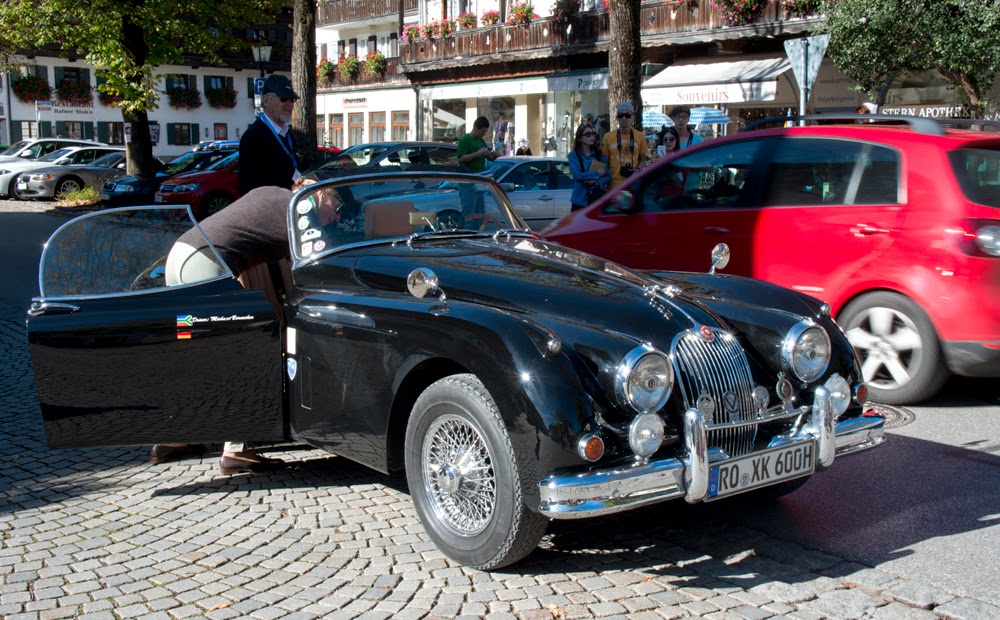 Here’s the stadium where they perform the Passion Play: 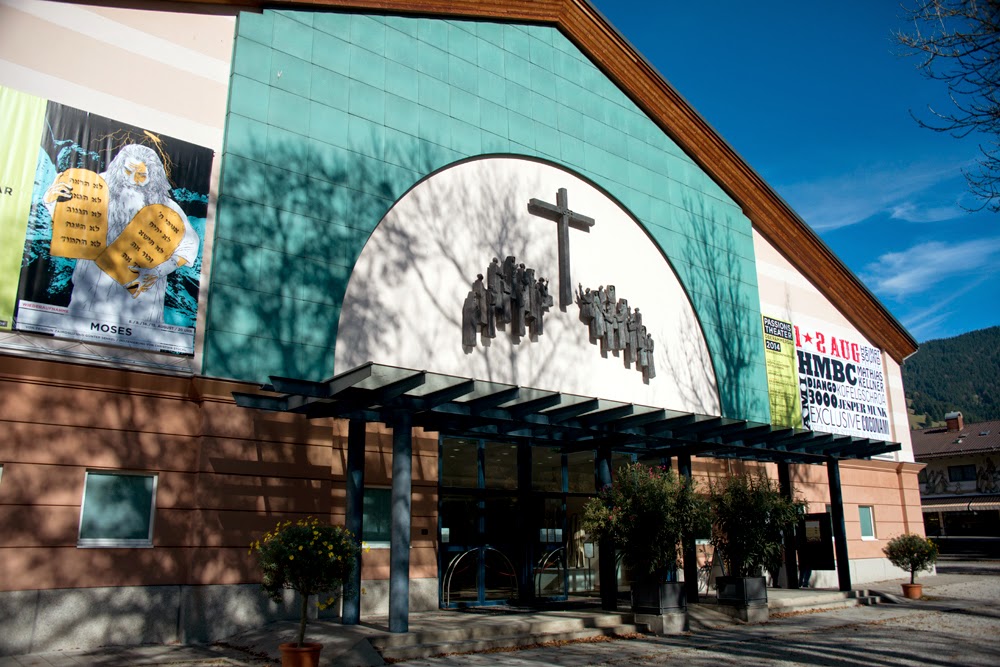 After Oberammergau we climbed back on the bus to get to the main attraction. As we approached Neuschwanstein, we could see a parasailer enjoying the last of the summer weather: 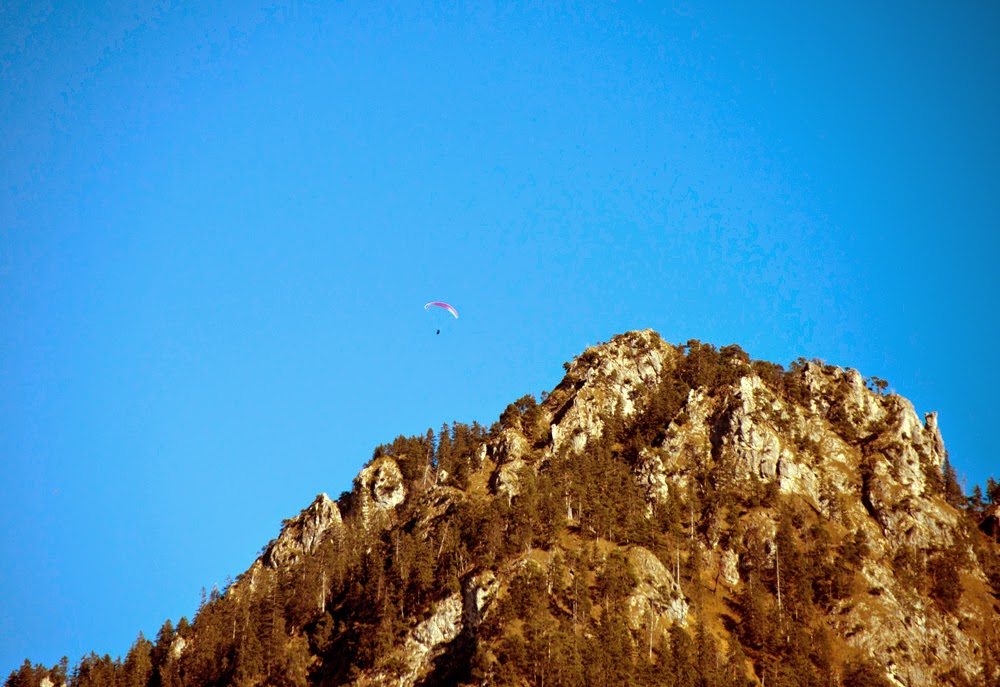 Ludwig II grew up in a nearby castle named Hohenschwangau, which means High Swan District. It’s at the foot of the hill just below Neuschwanstein, which means New Swan Rock. In addition to the swans in the castle names, numerous swan motifs are found in all Ludwig II’s residences, such as porcelain swan vases and bronze swan-shaped door handles. As you might imagine, he is also known as The Swan King.
Here is a shot of Hohenschwangau, Ludwig’s boyhood home: 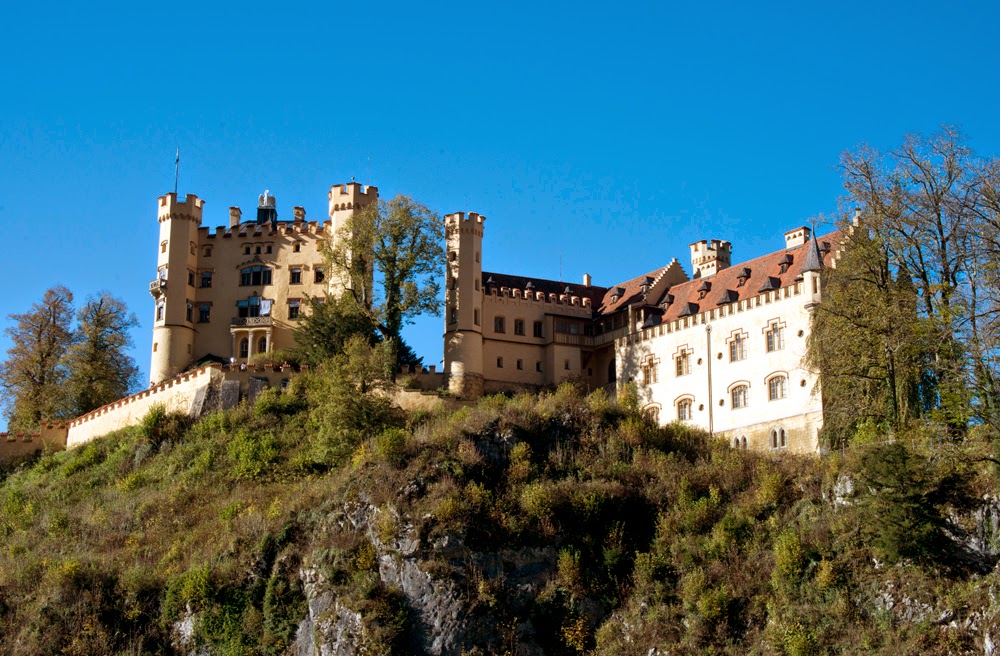 This is how touristy and crowded it was in the ticket office area, which also had a couple of hotels, several restaurants and some souvenir shops (that’s Neuschwanstein on the hill):
Since it was still quite a haul uphill to the castle, we grabbed a horse and carriage (the other options were taking a local bus or walking): 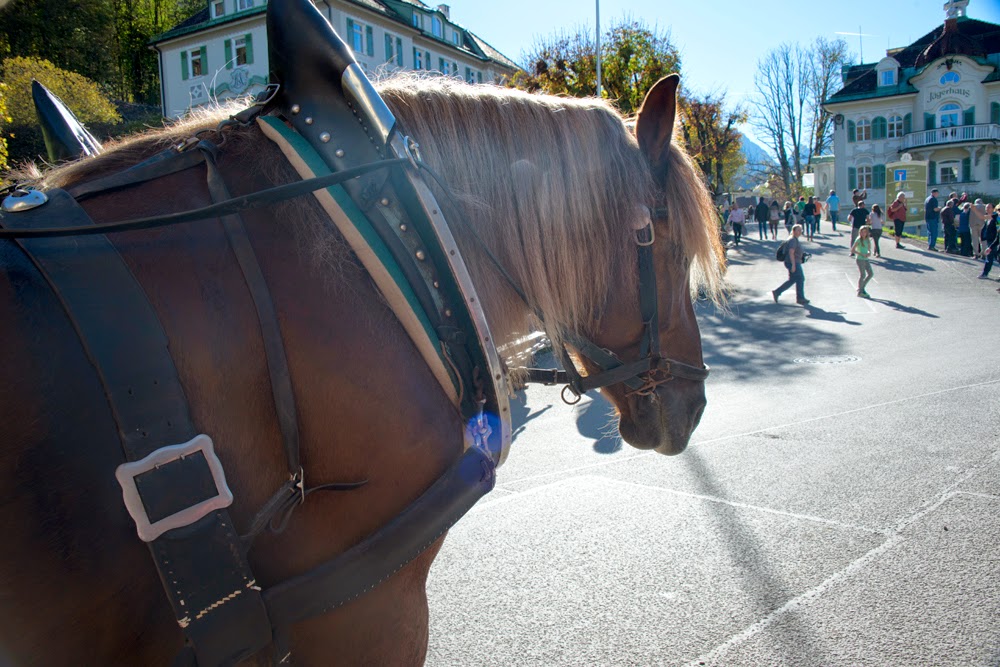 On the way we passed a building named the Jagerhof, or Hunting Lodge. It had great sculptures on the corners: 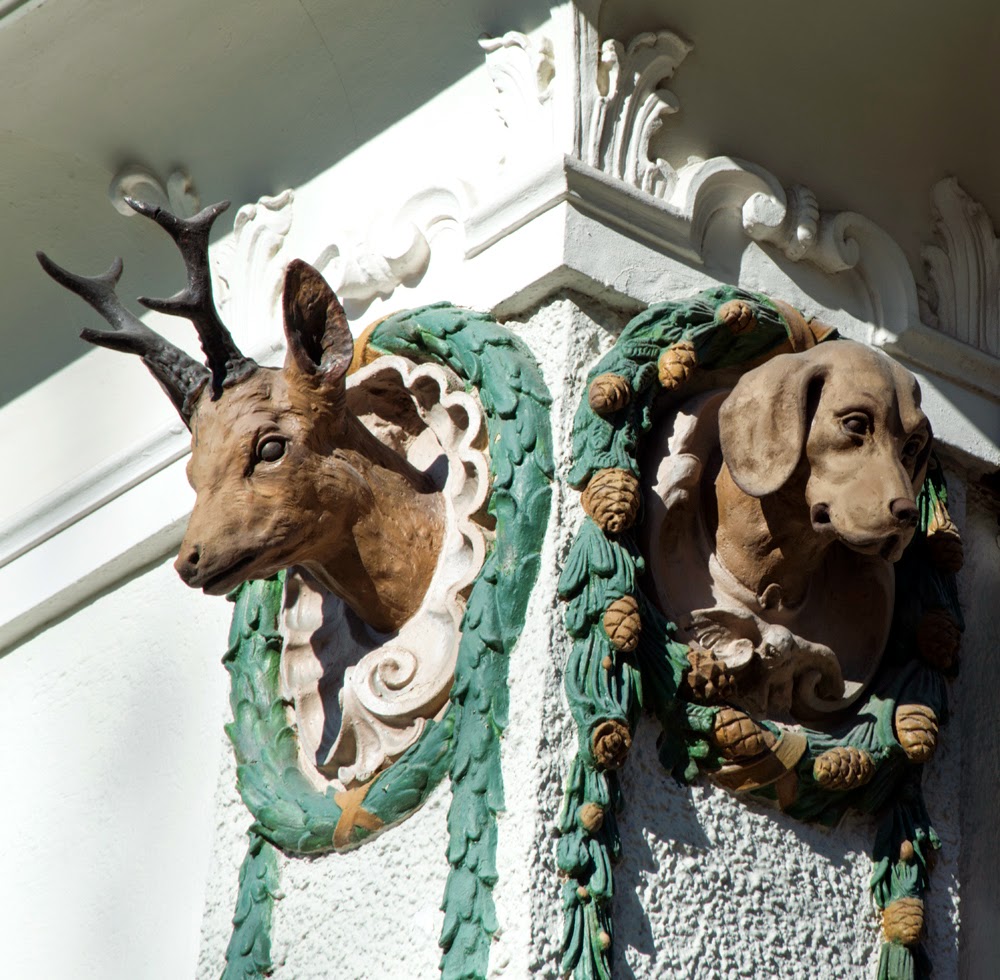 Even after the horses worked so hard to pull 12 people plus the driver up that hill, we still had to walk uphill another 10 minutes or so to get to the castle. While enjoying the horses’ work, I shot this: 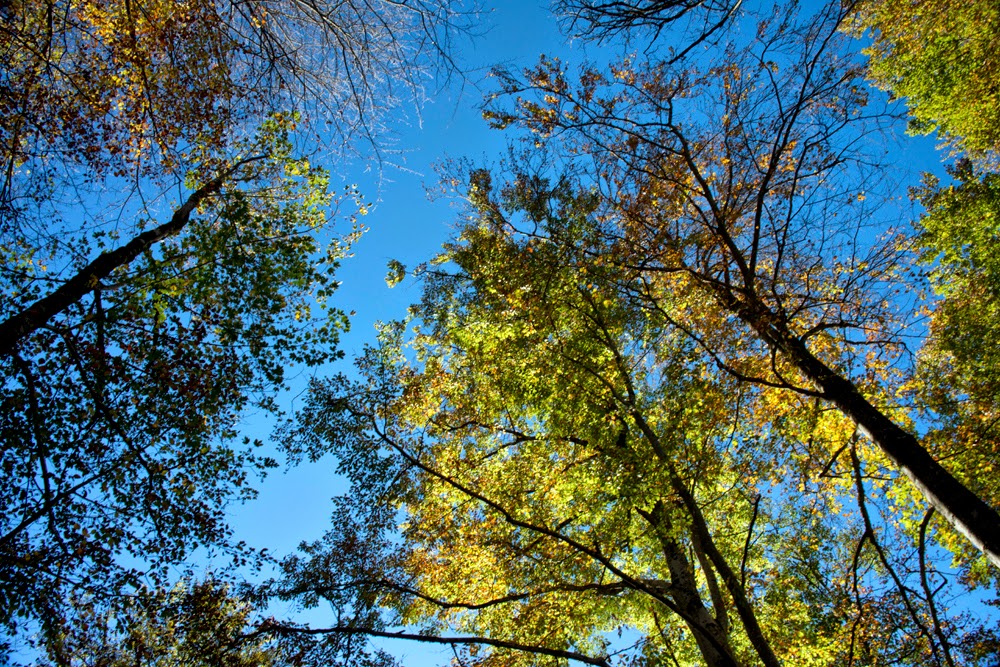 Some more shots of the castle exterior: 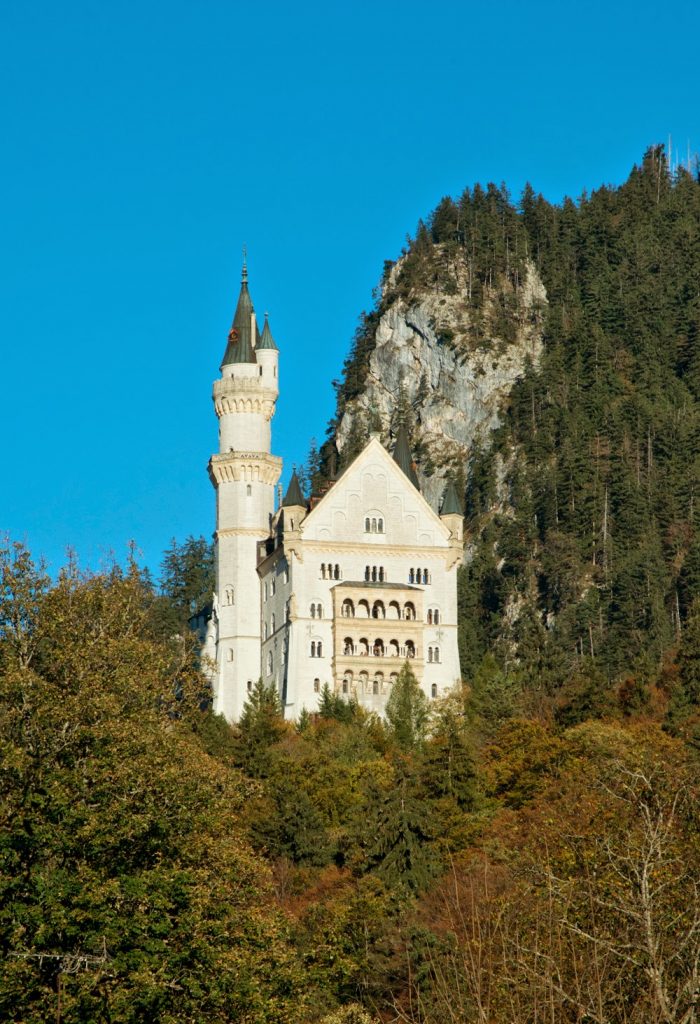 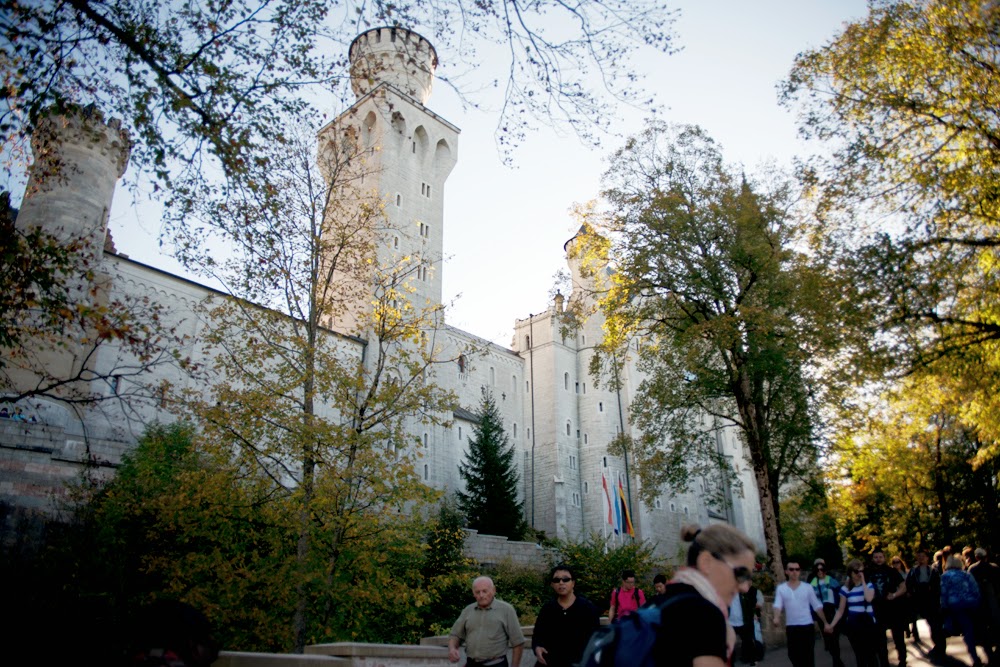 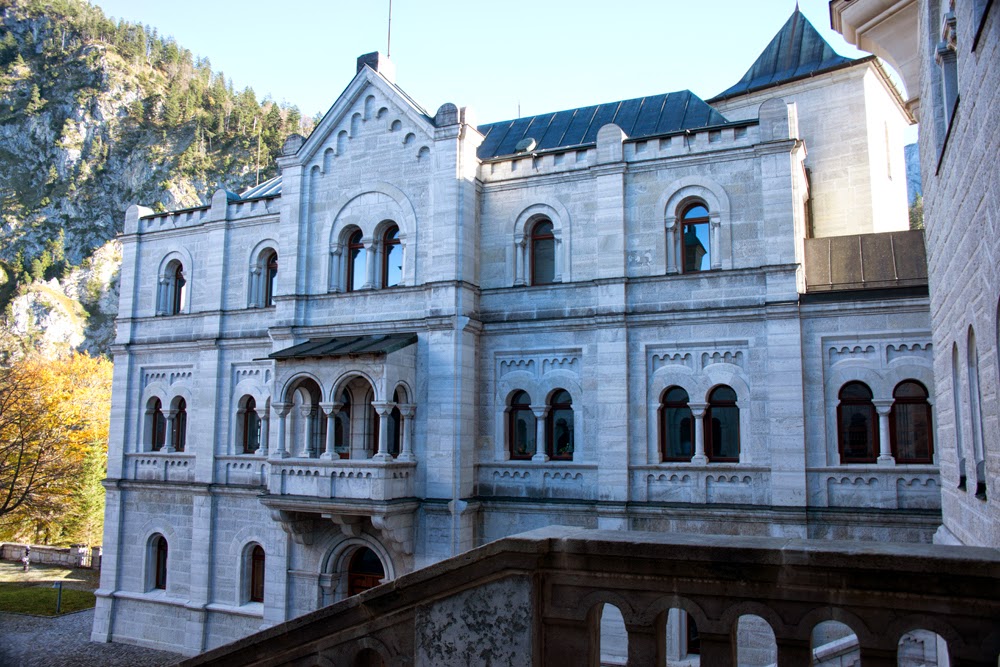 We weren’t allowed to take photos inside the castle, unfortunately, but I snuck one of the view from the window up there: 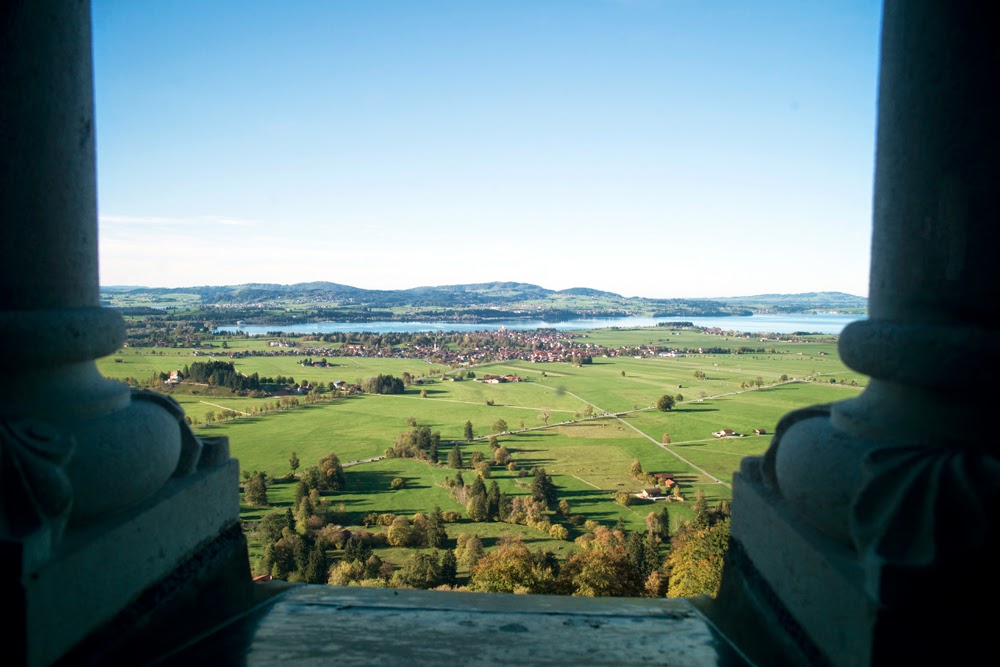 The interior of the castle is NOTHING like the exterior. It’s very dark and dramatic, though richly decorated. Ludwig II was a big fan of Richard Wagner, the opera composer. Each room in the castle has the theme of one of his operas. For example, the throne room had images from Siegfried. And it was awesome, especially the giant, crown-shaped chandelier, complete with glass “jewels”. However, the room had no actual throne. Kind Ludwig II died before the castle was complete so there was never a need for a throne there. They opened the castle as a tourist attraction within six weeks of his death. Too soon?

His bedroom’s theme was Tristan and Isolde and was most impressive. The guide said it took several woodworkers four years to finish the wood carving for that one room. The walls had intricate wood paneling and there was a built-in wooden wash stand with a silver-plated swan whose mouth was the water faucet. Most impressive was the bed, a heavy, carved-oak thing with sumptuous tapestry drapes. The top of it was a mass of wooden spires made to resemble church steeples. It was very frustrating to not be allowed to take photos!

After about 45 minutes in the castle, we spilled out the opposite stairwell and practically tumbled down the hill to the ticket office area just in time to get on the bus to go home, tired but happy.

Due to a railway strike and the gorgeous weather, the highways were stacked up. We got back to Munich at least two hours after the tour was scheduled to end. But it was worth it! 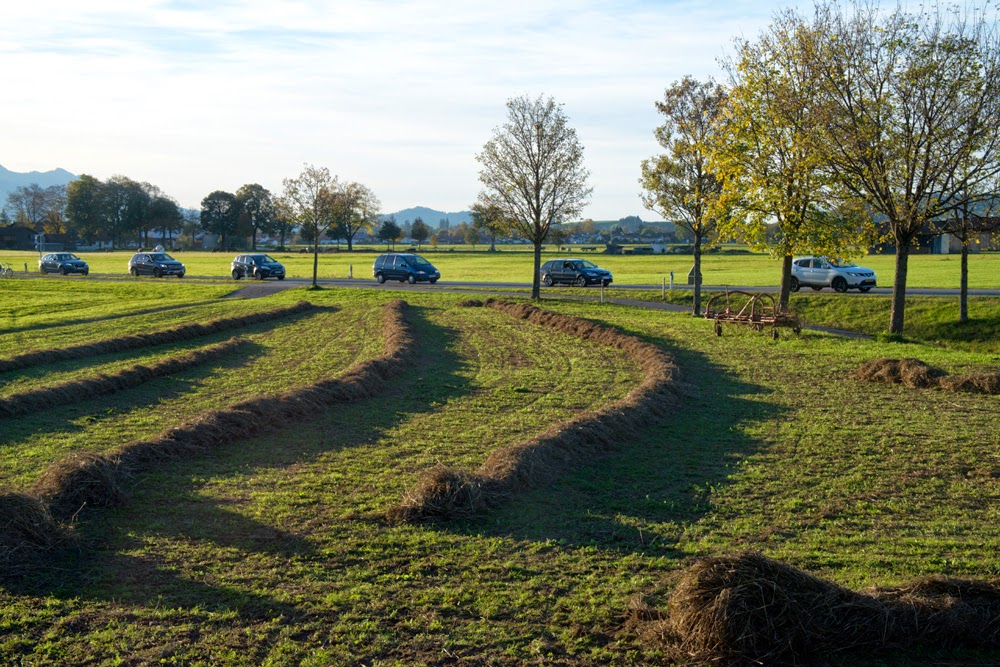