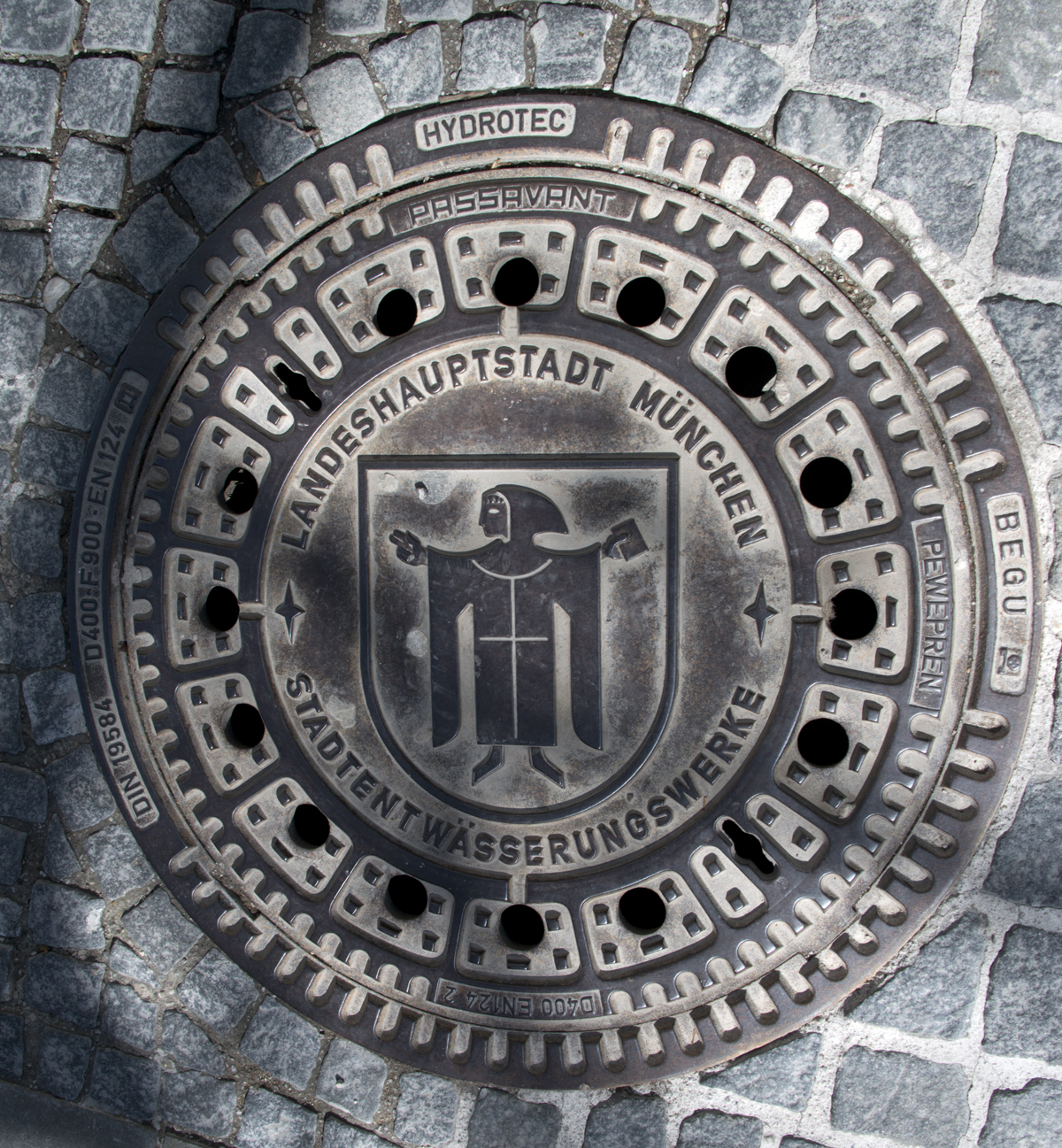 Get your copy of my latest book, Photos for No Apparent Reason 2018!

As I’ve told you before, my husband and I have been exploring some of the lesser-known sights in Munich. This week I am posting some photos and interesting facts about what we’ve discovered.

Munich’s city symbol is the Münchner Kindl, which translates literally as “Munich Child”. It appears on the subway trains, buses, municipal buildings, Octoberfest logos and even manhole covers.

Weird for us Americans is that the “child” is holding a beer mug. The theory is that the emblem came from a symbol of a monk and gradually evolved into a child (Benjamin Button?). This seems plausible because the German word for Munich is München and the German word for monks is Mönchen. Indeed the city’s name is thought to originate from the fact that there was a nearby abbey full of monks, ostensibly brewing beer, of course.

You can see a variation of the design on the tower of the Löwenbräu brewery: 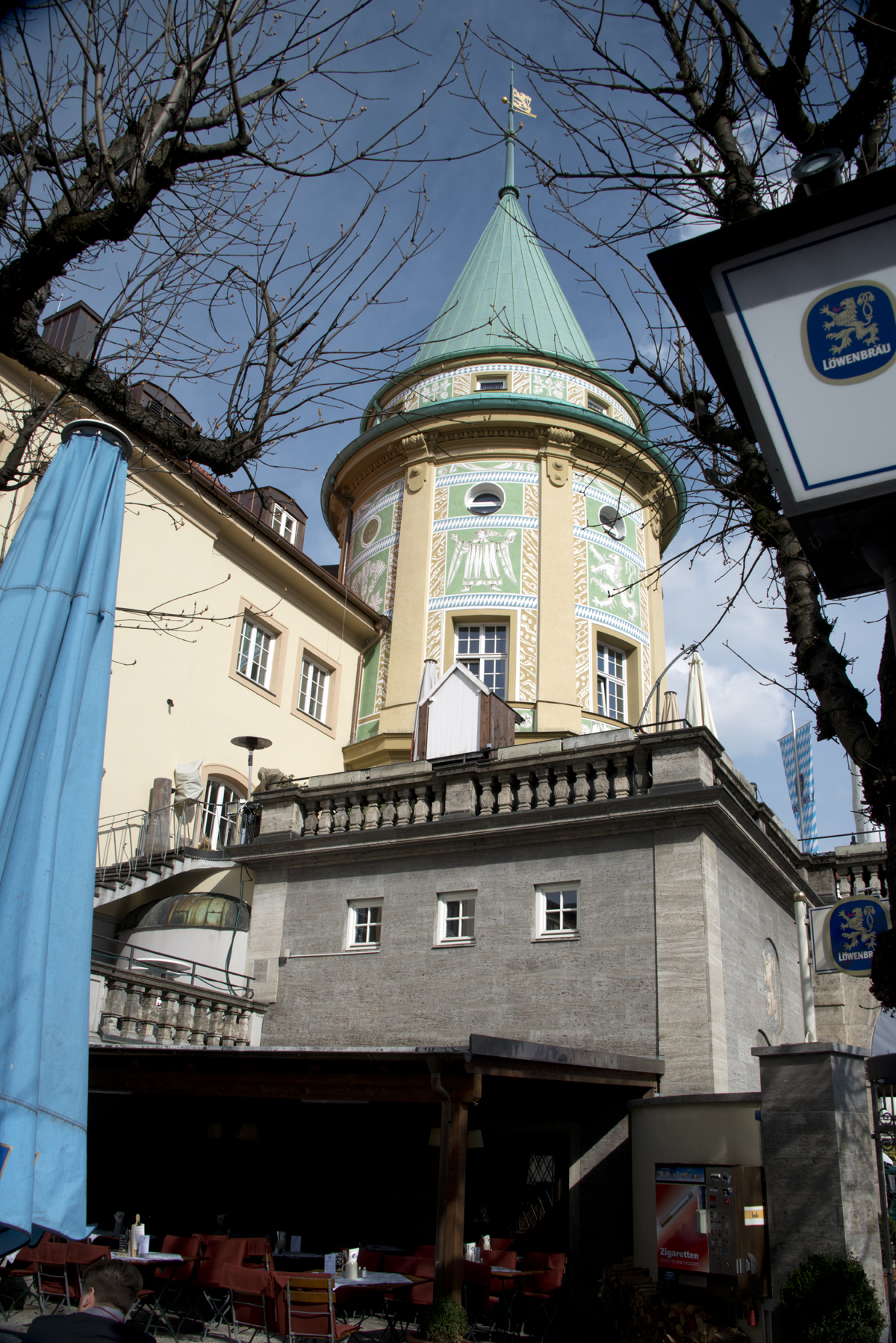 Nowadays, the modern incarnation is depicted as a young woman. Here she is on a horse leading the Octoberfest parade. 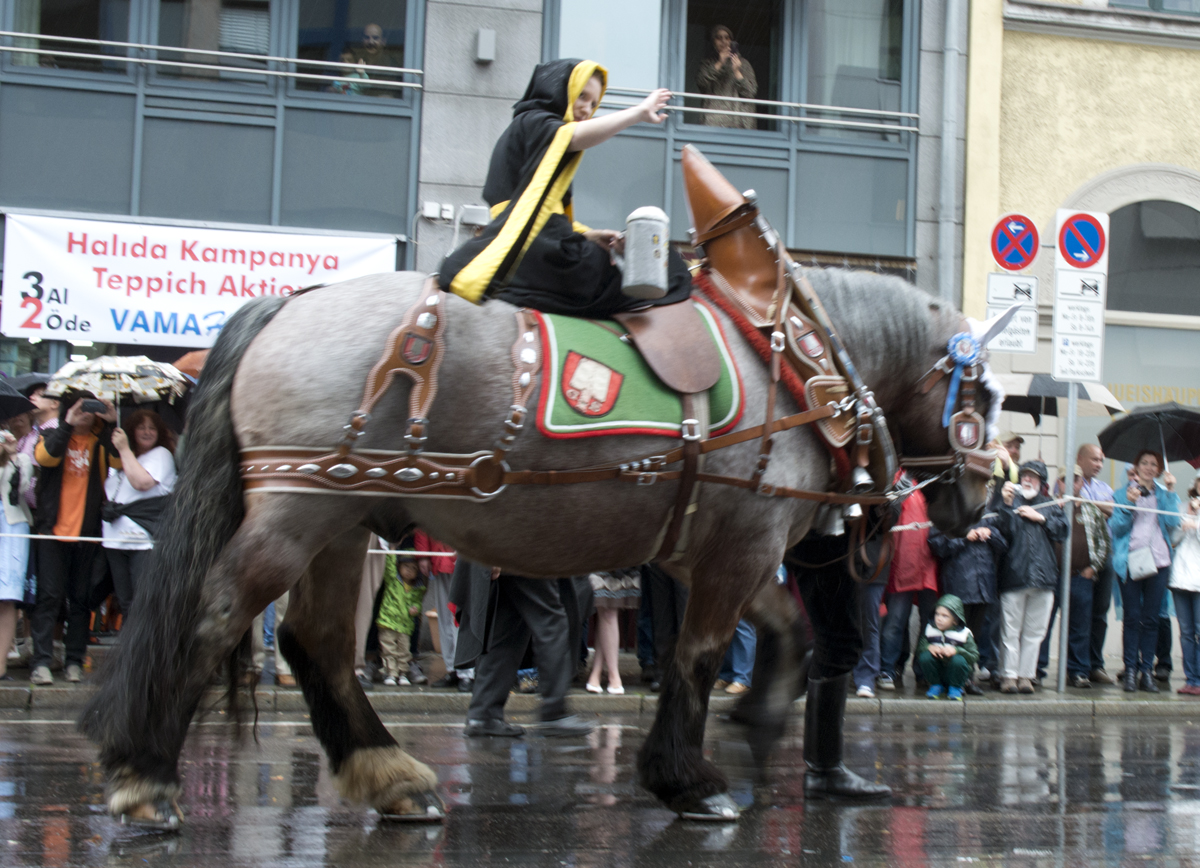 Next stop: Originally the only person allowed to use this staircase was the Bavarian King Ludwig I: 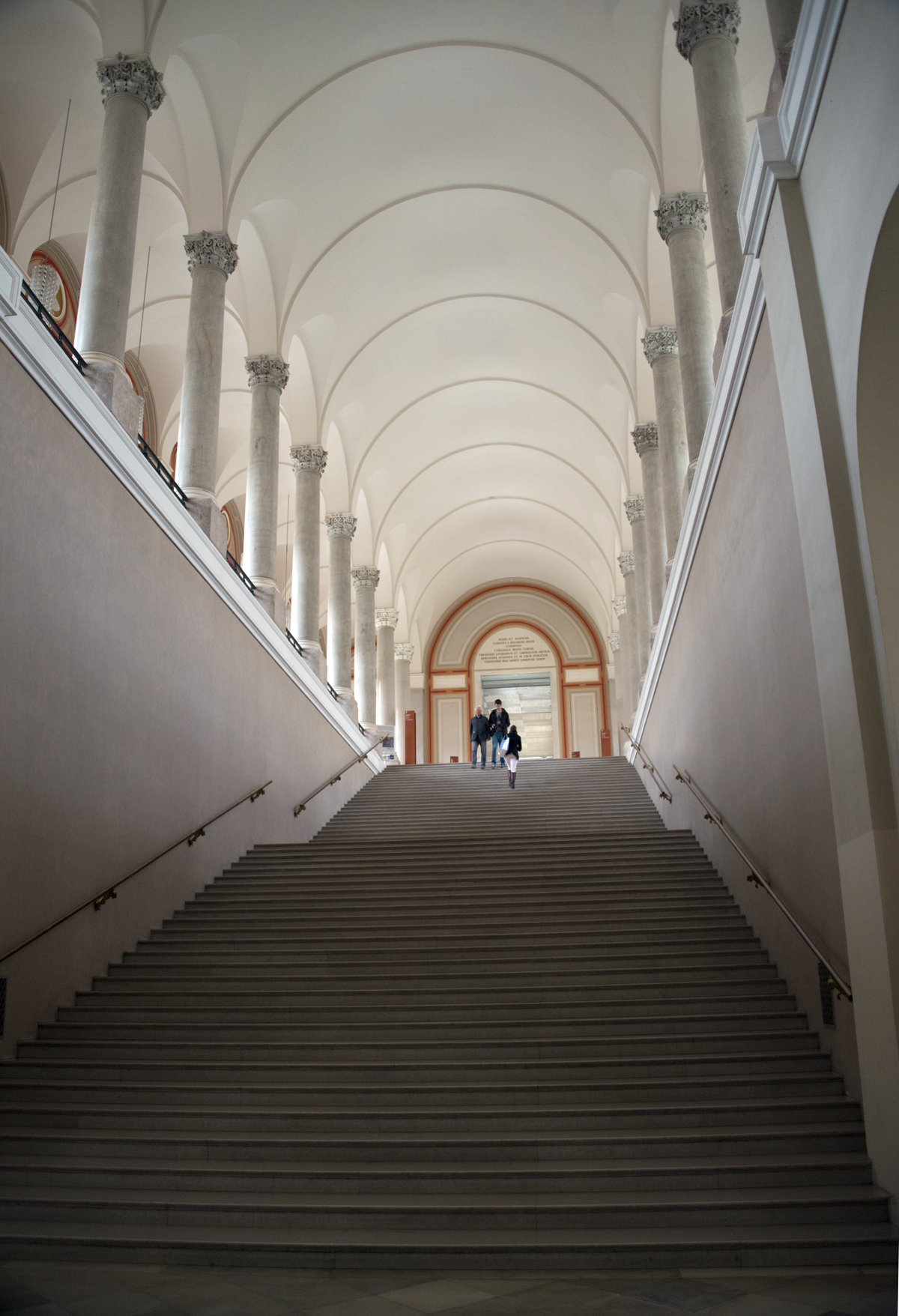 It’s the grand staircase in what is now the Bavarian State Library, considered one of the top libraries in Europe with over 10 million volumes.

Next, Munich’s subway station platforms are many and varied. The newest ones each have their own designs and motifs. This one, at Westfriedhof, has giant lamps for lighting, designed by famous German industrial designer Ingo Maurer. The lamps are over four yards in diameter. 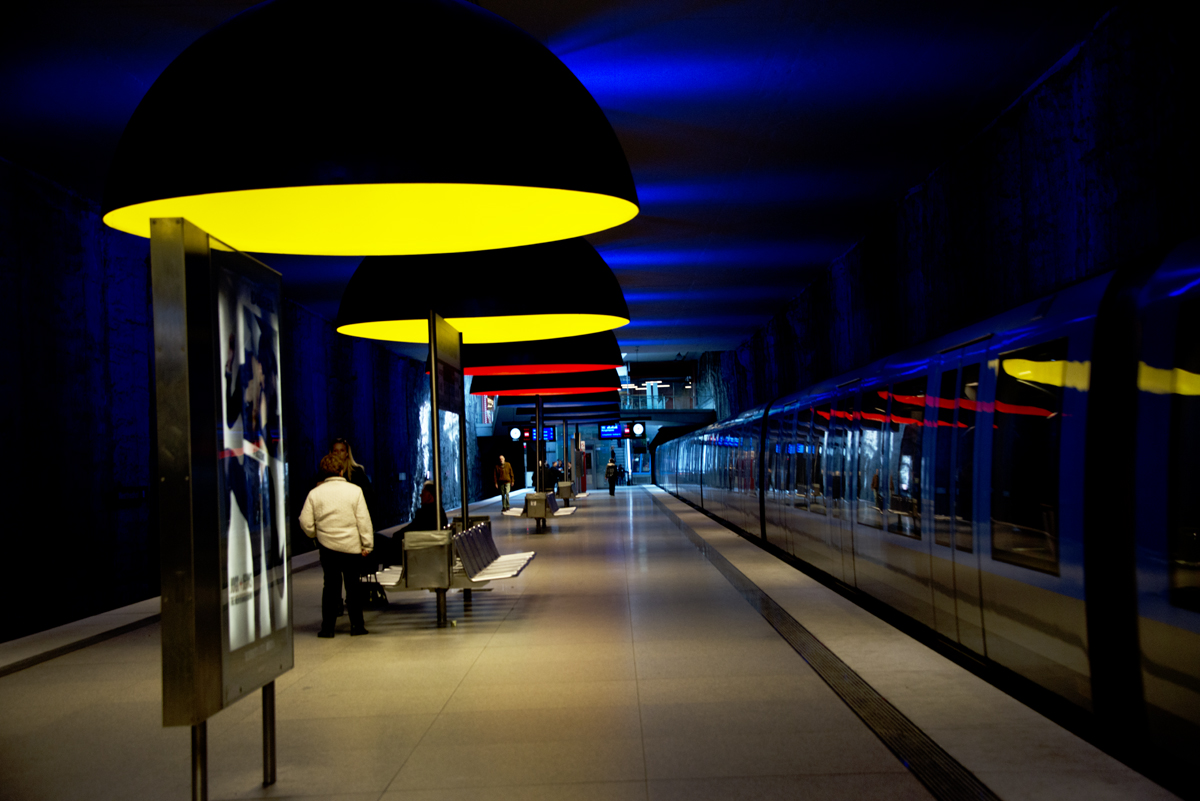 This one, at Königsplatz, has its own art gallery just above the platform. Appropriately, above ground is the art museum district. 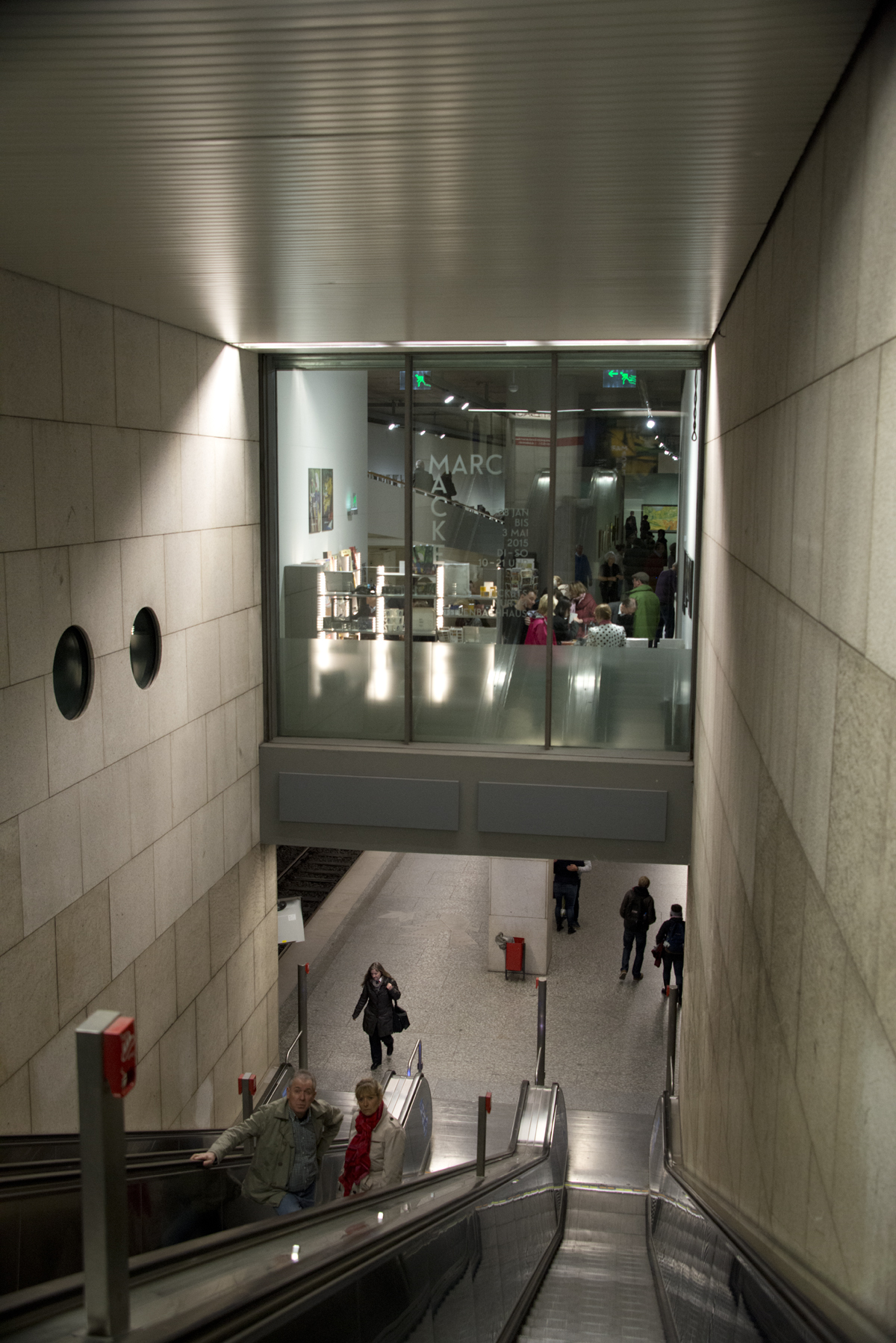 Then, this stuffed brown bear belonged to the family of Thomas Mann, a famous German author. It was given to his parents as a wedding gift from a Russian friend. Mann referred to this bear as part of the Buddenbrooks family in the novel of the same name. The bear was confiscated when Thomas Mann fled the Nazis, who auctioned off his belongings. The bear made the rounds of Munich, standing in some shop windows before ending up in the Literaturhaus, a bistro and gallery devoted to Mann and fellow author Oskar Maria Graf. 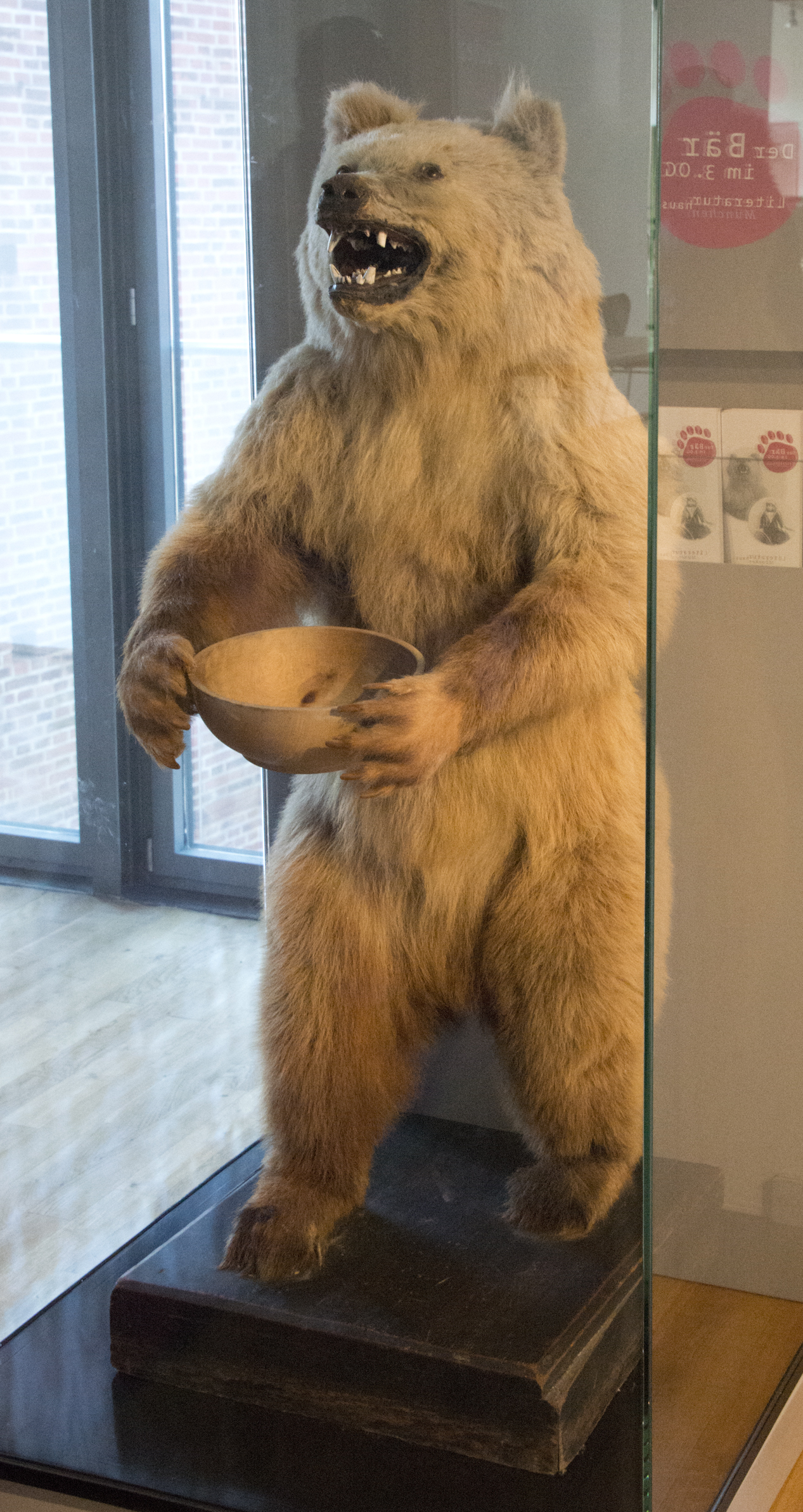 Furthermore, you can find a taste of America in Munich with a clever name… 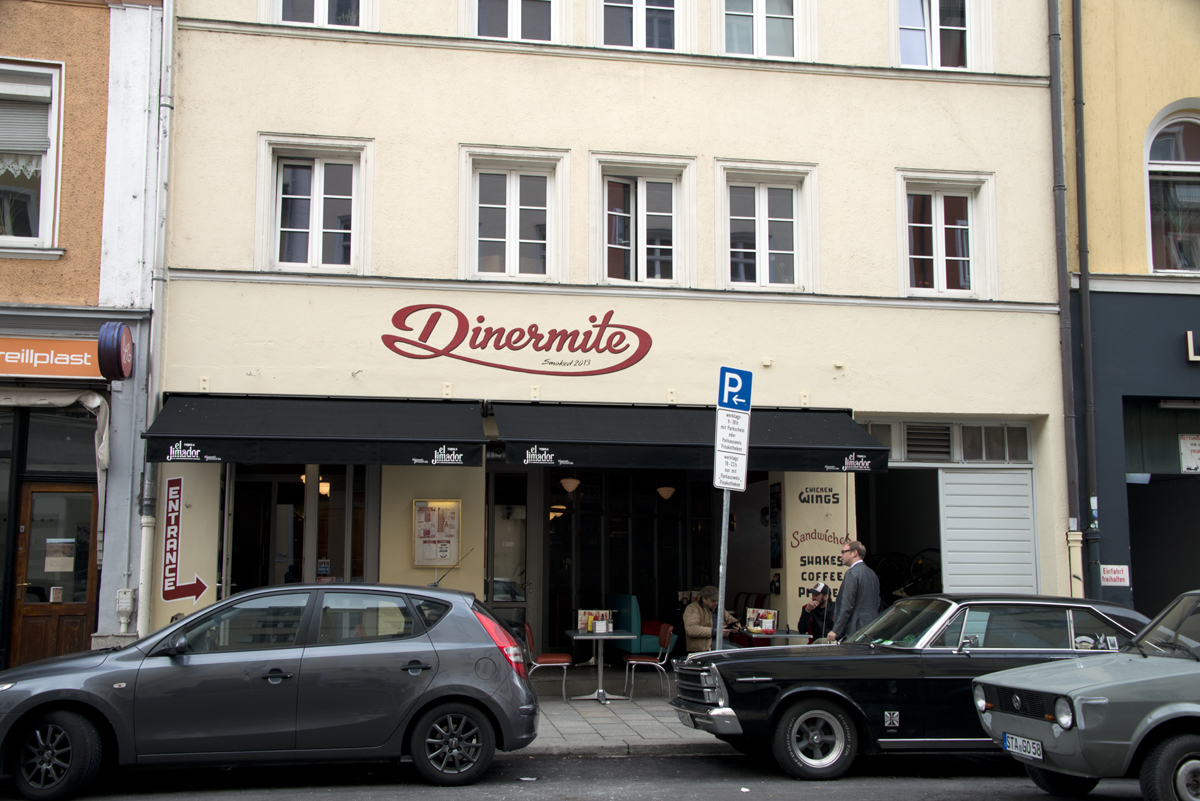 …along with a 1966 Ford Galaxie out front (correct me if I have the model year wrong, please): 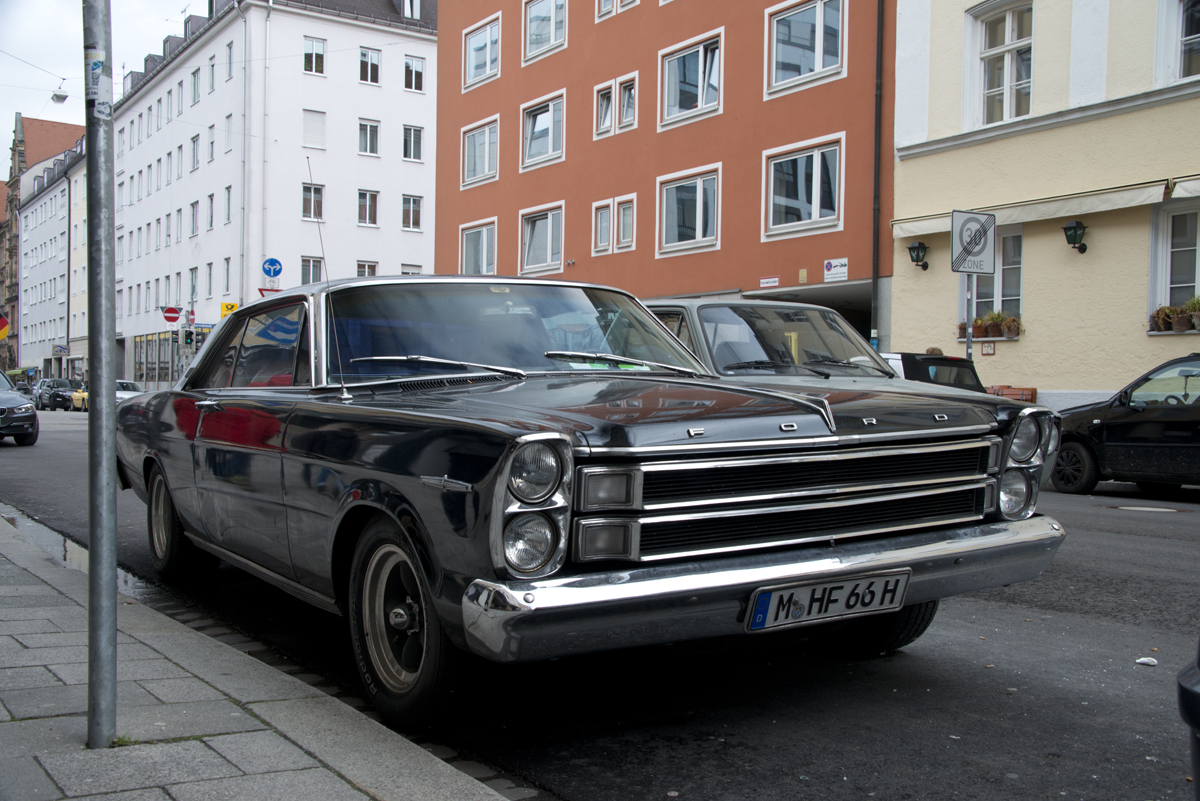 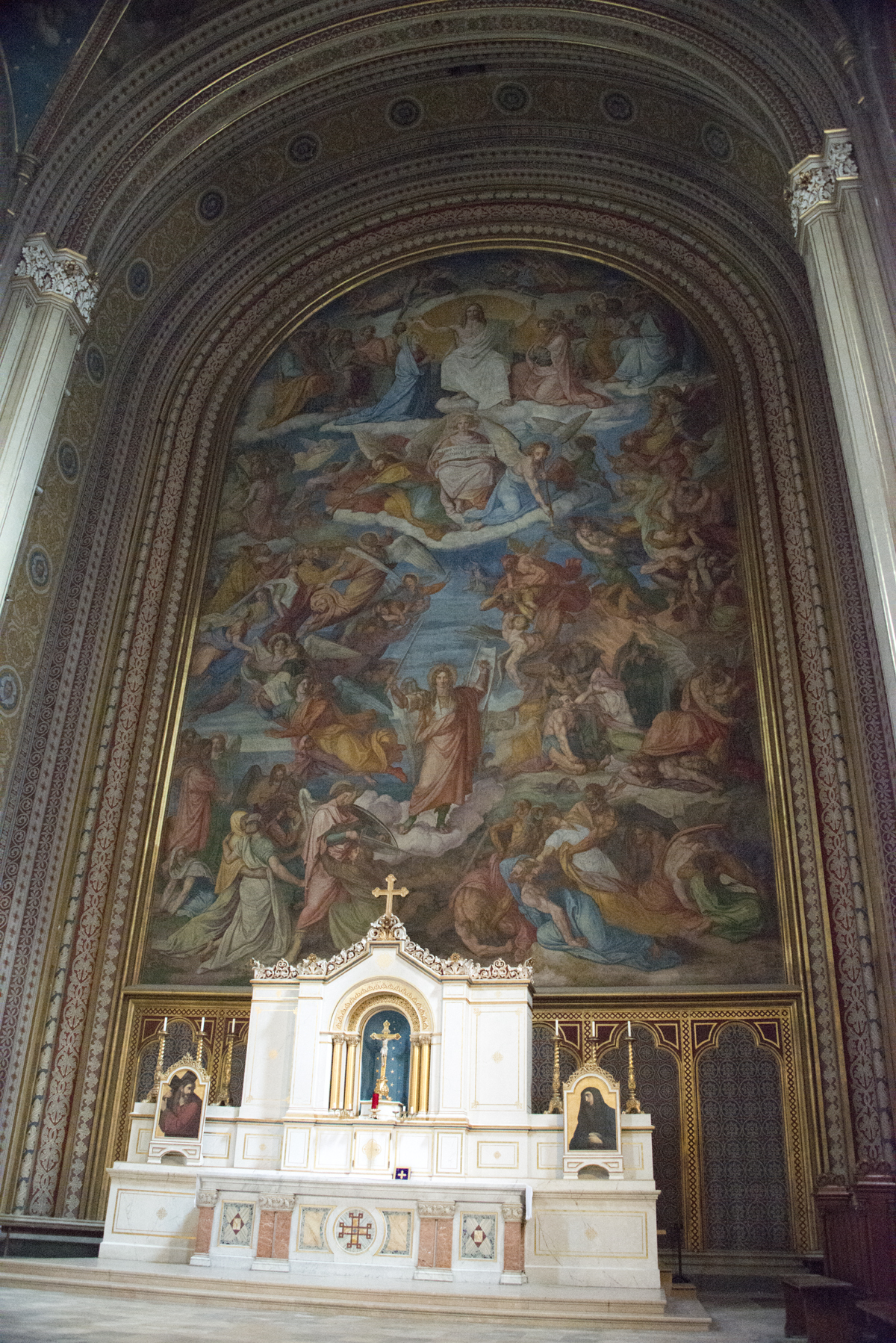 Of course, Nazis figure prominently in the history of the city, being that Munich was the Nazi capital. Although the headquarters of the party (called “the Brown House”) was demolished by Allied bombs in WWII, Hitler’s “lair” right next to it survives. I’m happy to report that this building, designed by Hitler’s personal architect, now houses the University of Music and Performing Arts. The Brown House would have appeared on the corner to the right of this building in this photo: 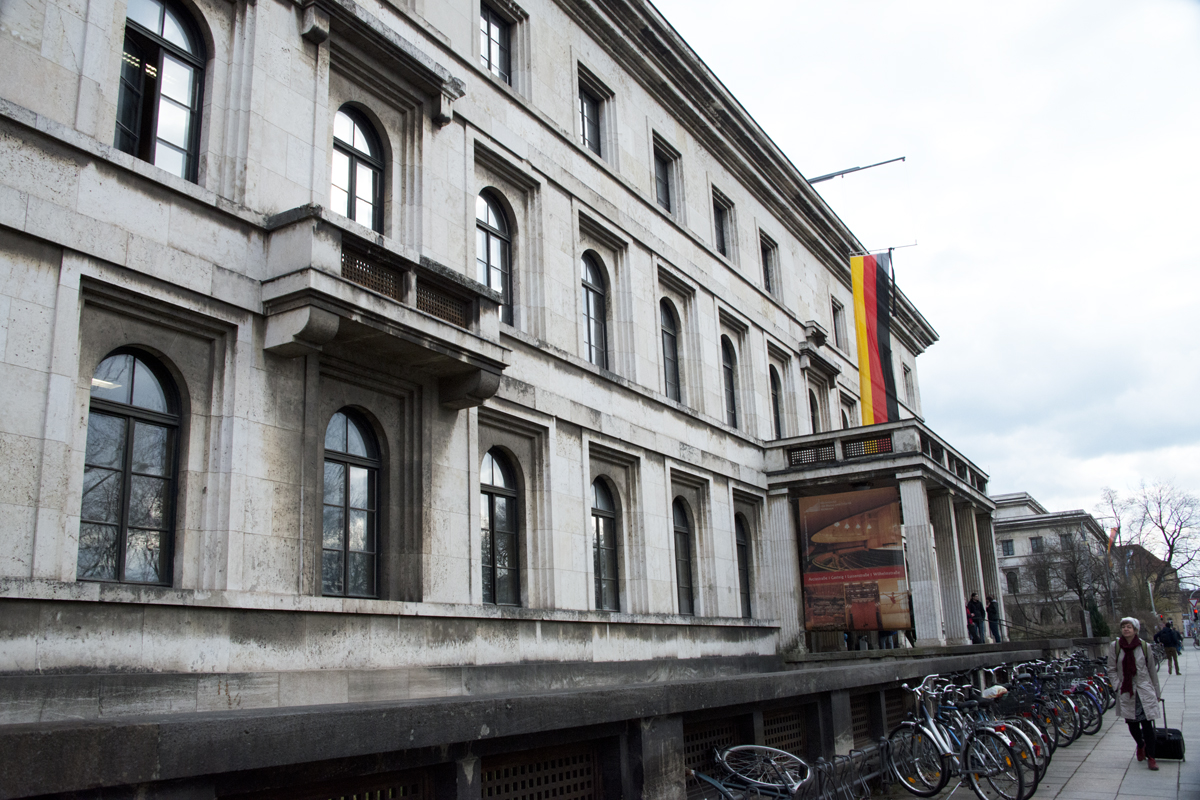 Right around the corner is a brand new building on the site of the Brown House (makes me giggle to think of fierce Nazis calling it that): 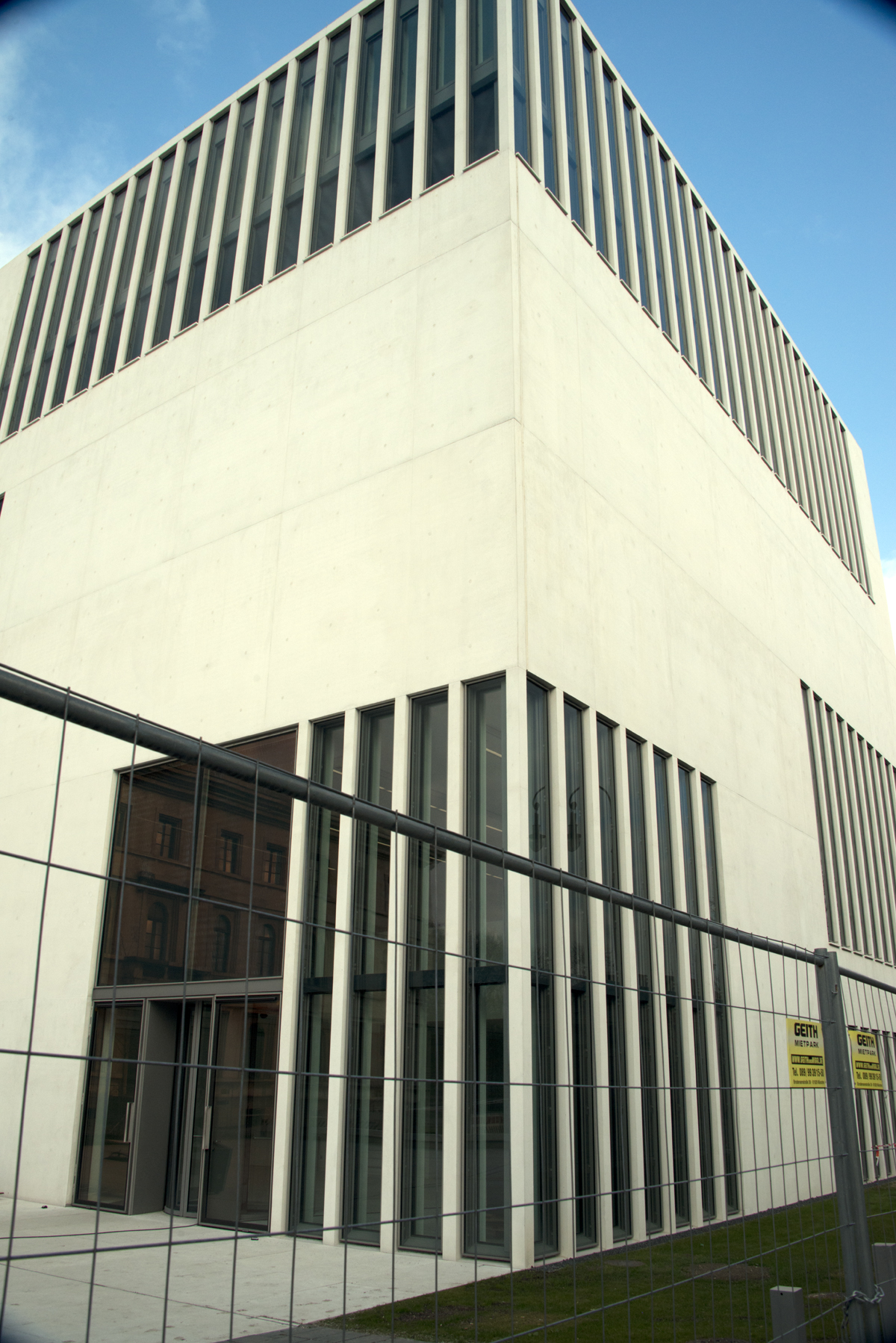 It will be called the Munich Documentation Center for the History of National Socialism (Nazis). I’m not sure how this history will be presented, but I do know that there has been heated debate about what to preserve, how to present it, who will pay for it, and so on. Many people are opposed to remembering Naziism at all.

An important part of the resistance to the Nazis was the so-called White Rose movement, led by university students Hans and Sophie Scholl (siblings) and Alexander Schmorell. In the university atrium where the Nazis captured them are two bronze statues commemorating their efforts. Notice the fresh white roses. 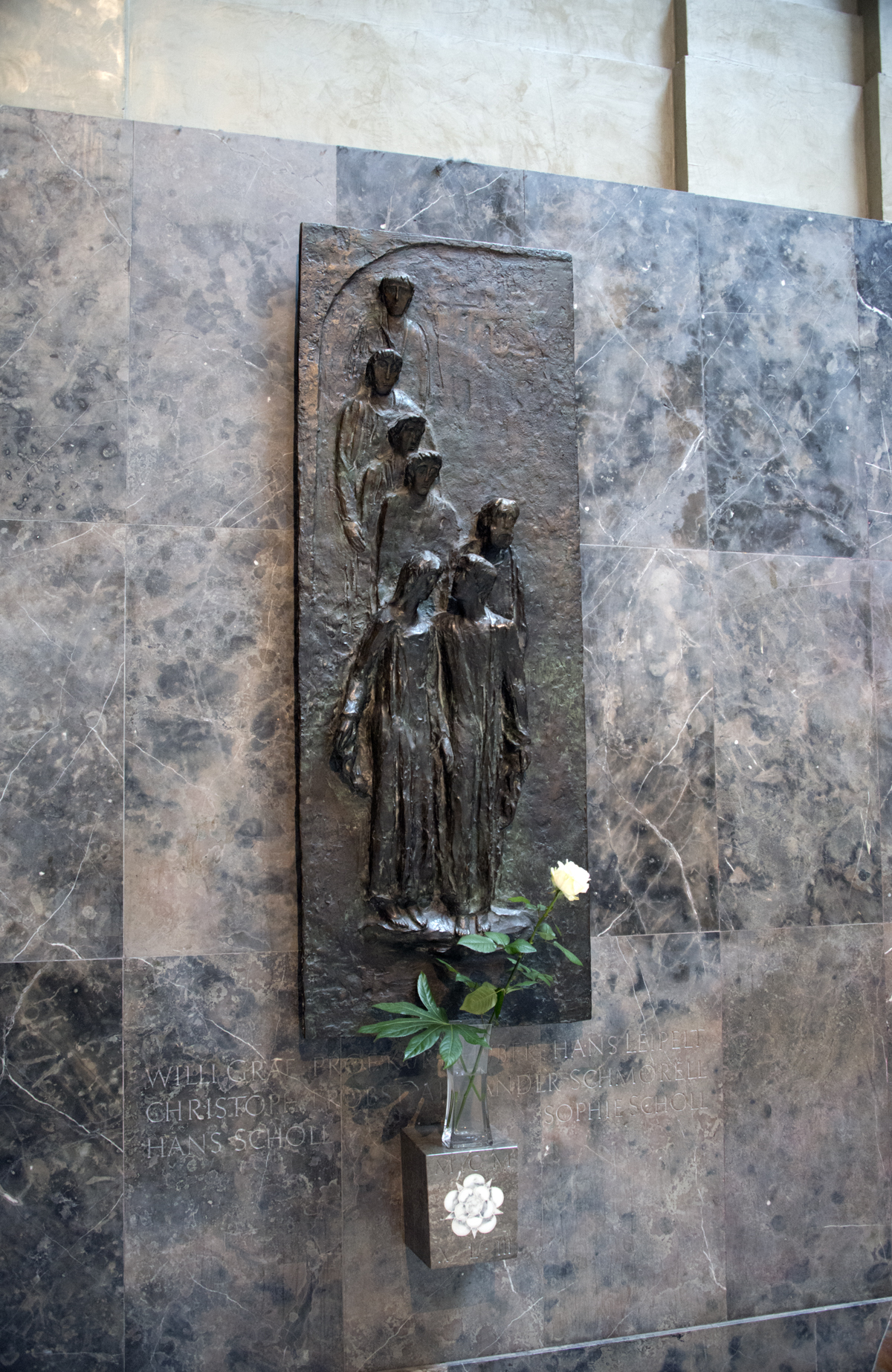 This bust of Sophie Scholl is a little macabre to me because she was executed by beheading: 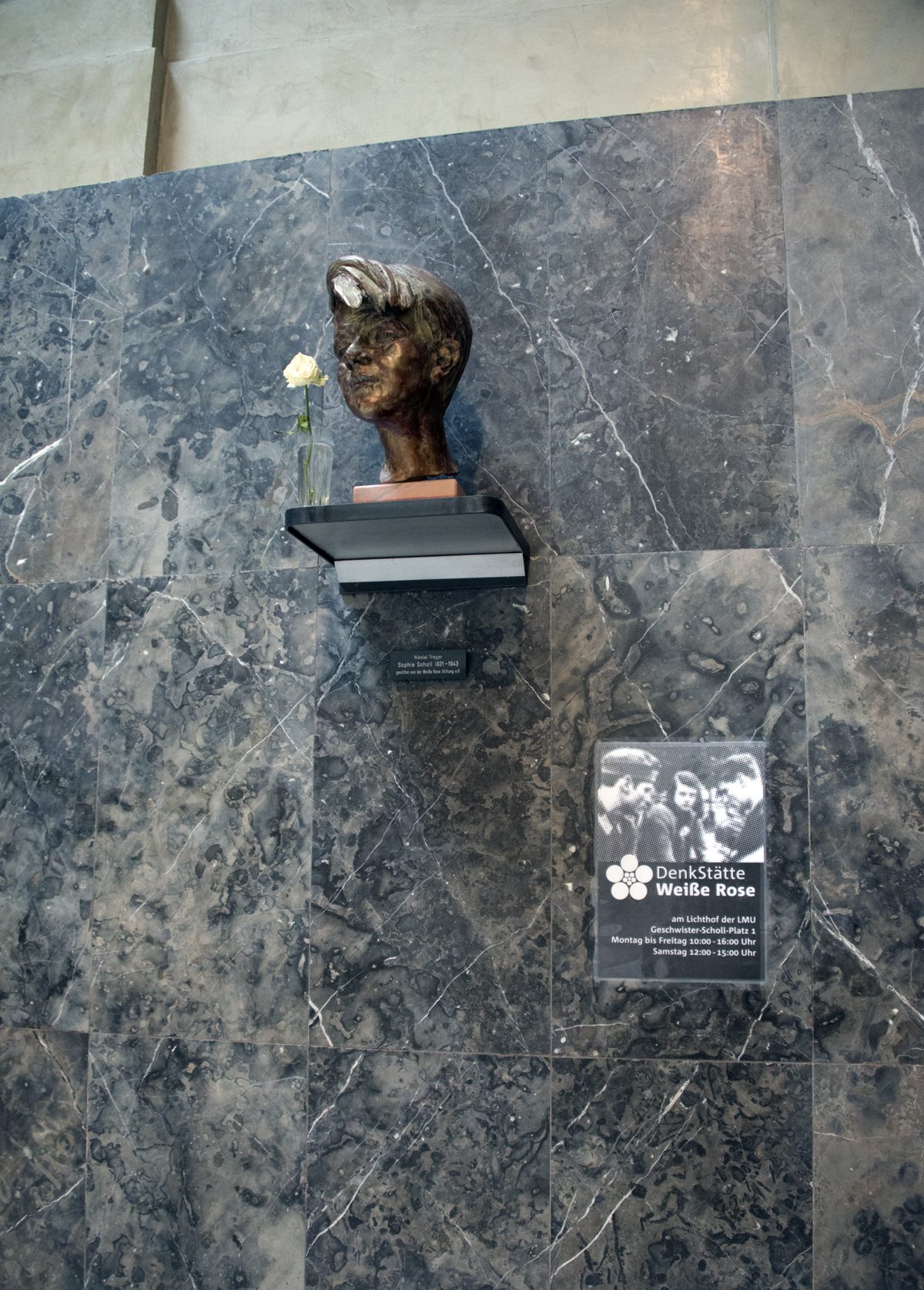 The White Rose members used flyers and pamphlets as a major part of their information dissemination. Outside of the atrium is a bronze sculpture set in the cobblestones depicting flyers from the movement: 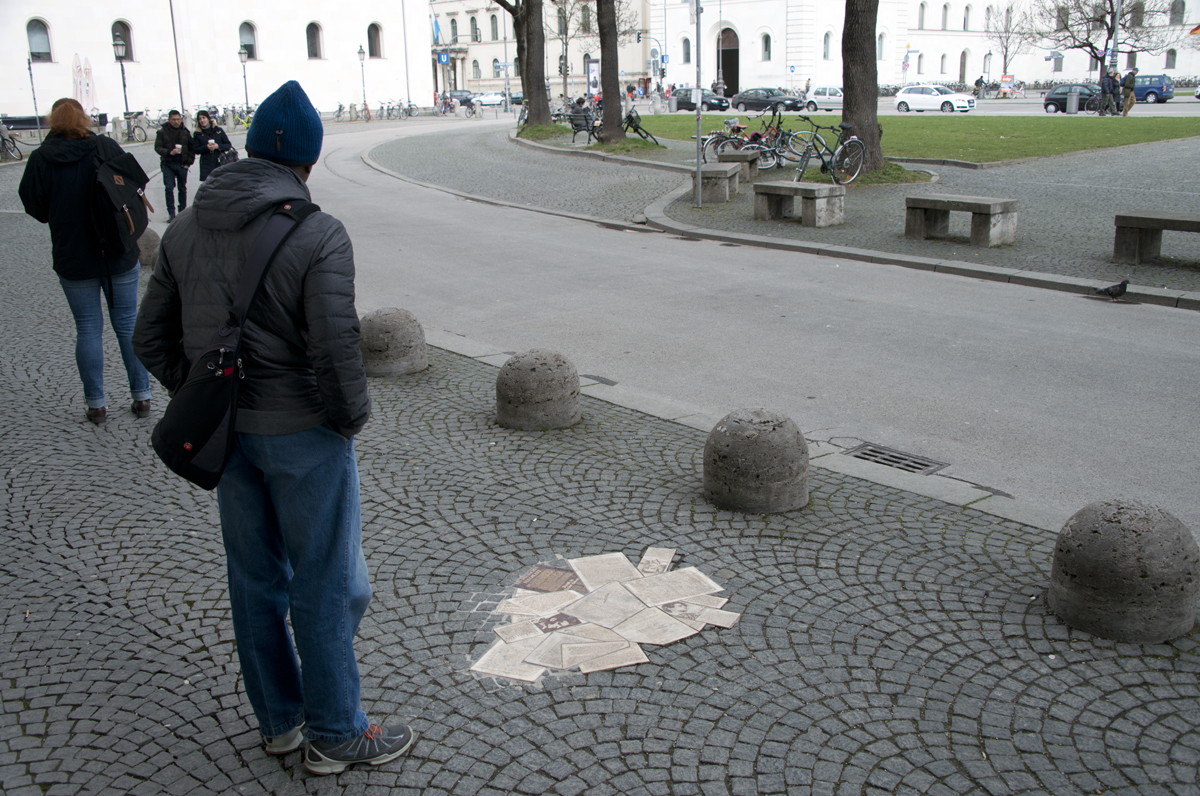 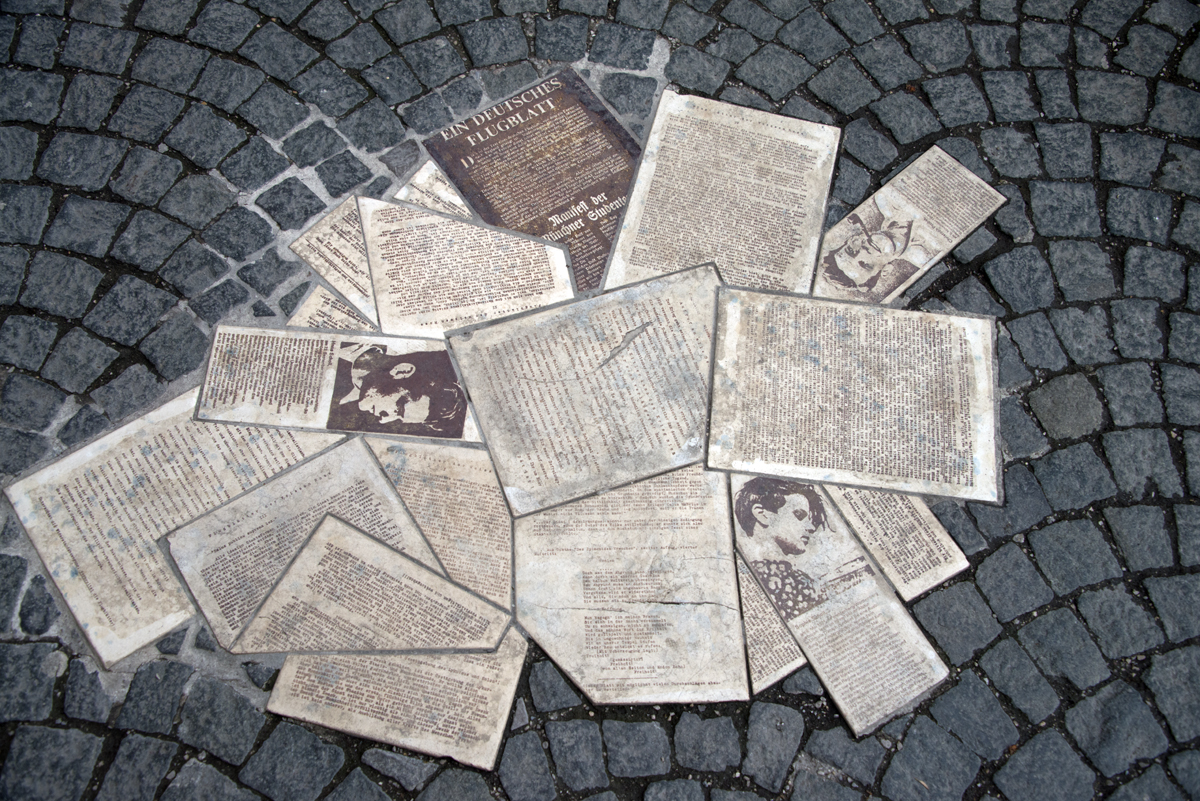 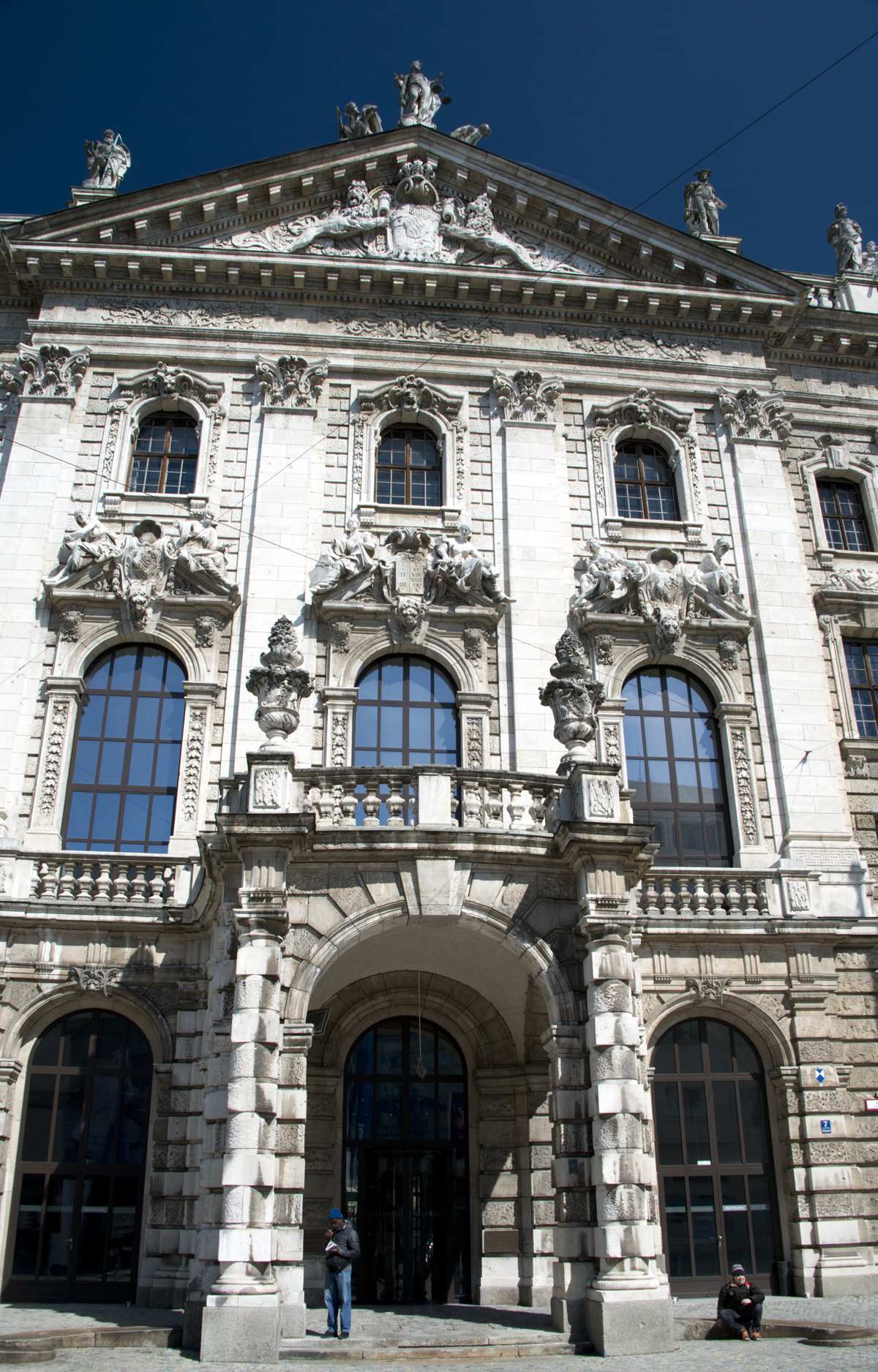 On a happier note, I was delighted to discover the Museum of Casts of Classical Statues in a Cultural Institutes building: 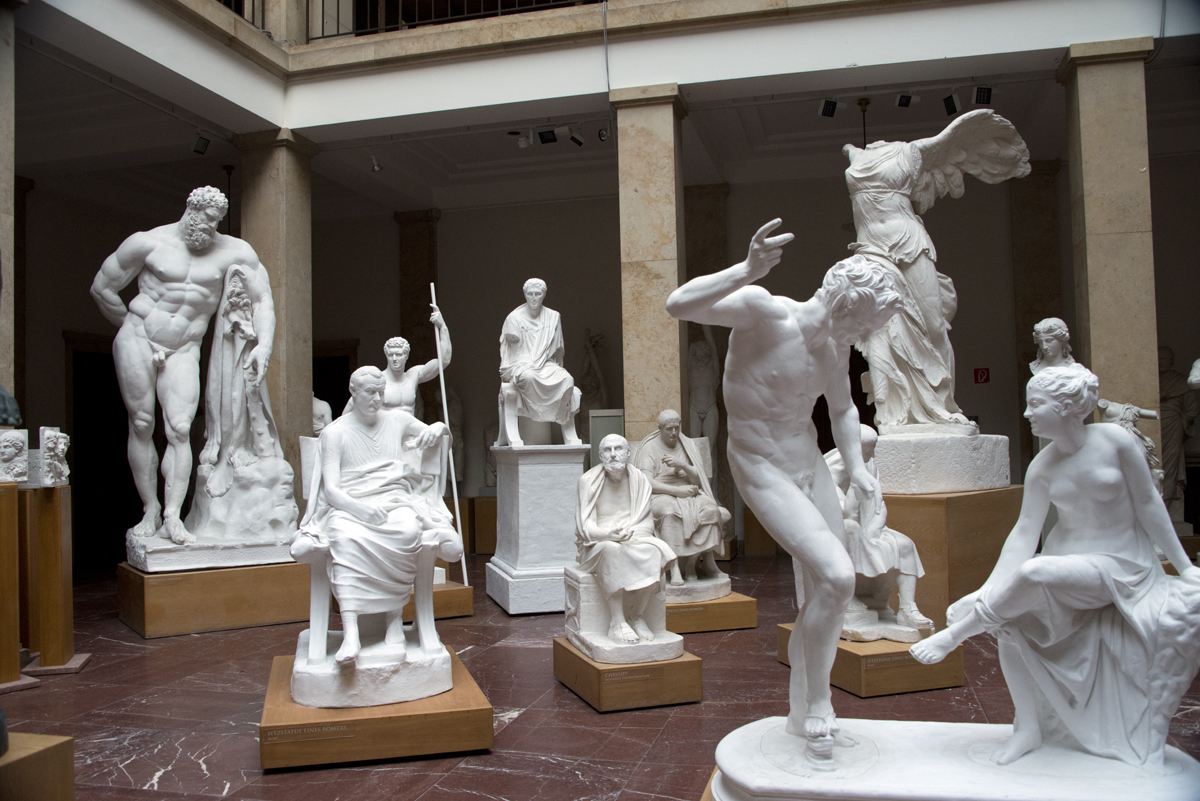 These are cast copies of famous Greek and Roman statuary whose originals reside all over the world, and you can walk around and through them. There are several stories in this atrium and all floors have numerous statues. I had a great time remembering where I’d seen this or that sculpture. Those of you who have visited the Louvre in Paris might recognize the Winged Nike of Samothrace on the right in the back row of the above photo.

This collection is even more remarkable when you consider that the original collection of 1800 plaster casts was destroyed in a 1944 bomb attack and has since been methodically and lovingly restored.

There is so much more, but I will stop here for now. I hope you have enjoyed this playful walking tour of my city. If you come visit me, I’ll take you to see these sights in person. 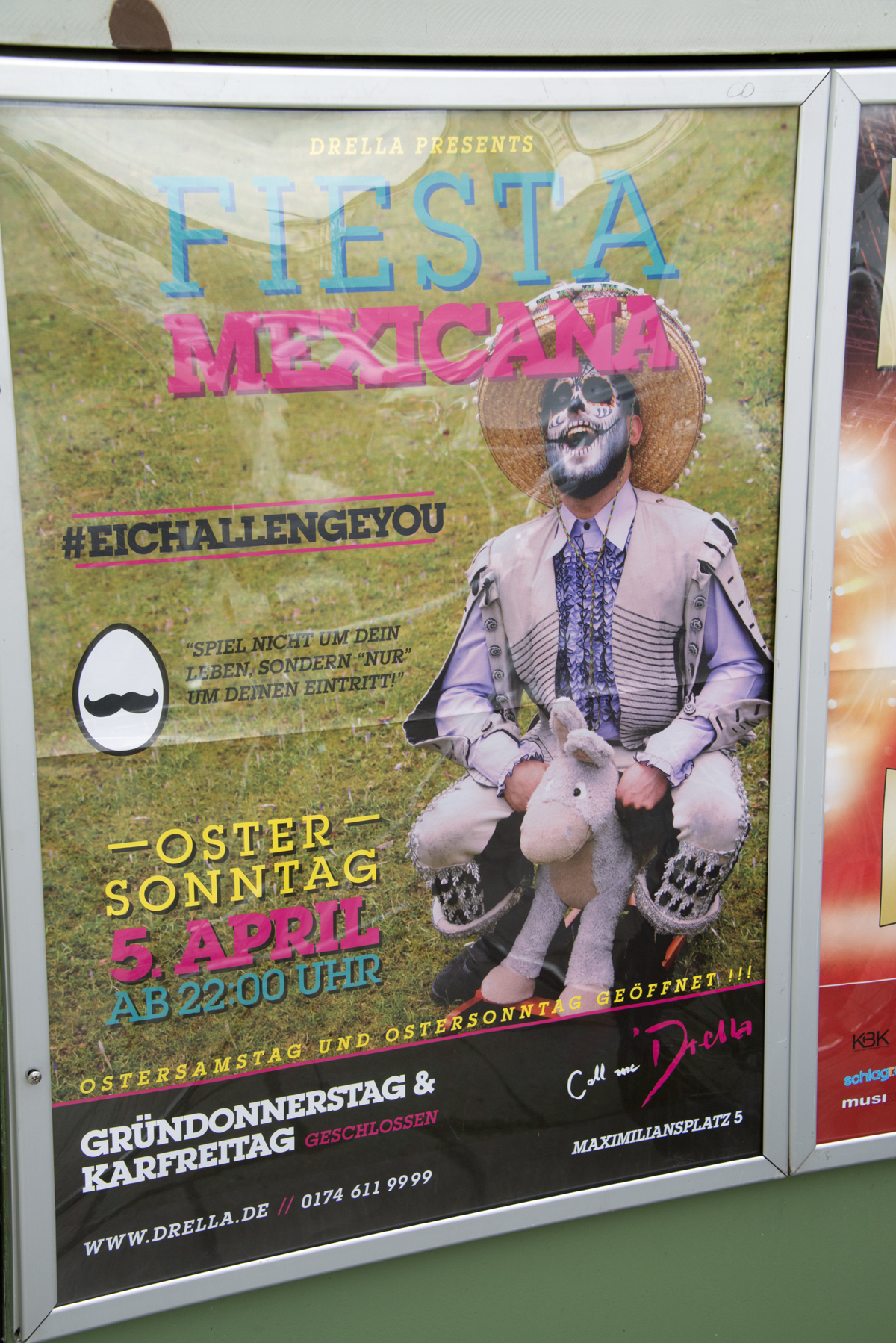