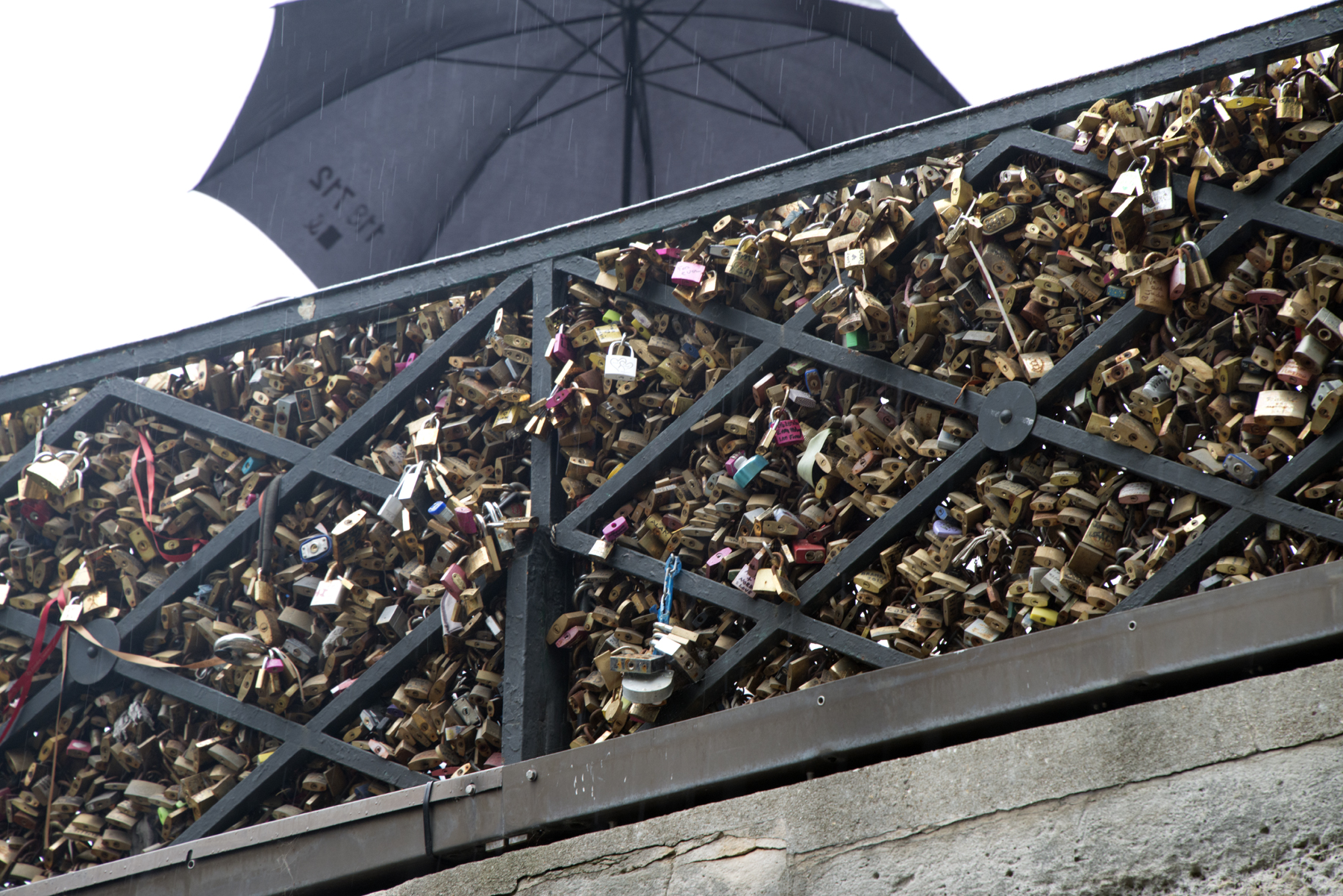 Please pass this along to someone who is studying English –

better yet, buy them one of my English workbooks!

As part of my English-language learning podcast, Slow American English, I produce annual workbooks that contain all worksheets for each year, four in all so far.

If you know someone who could use some help learning English as a Second Language (or third or fourth), click below and buy them one or more of the workbooks on Amazon.

There is a widespread phenomenon in many cities worldwide, and that’s love locks. Apparently the custom dates back to Serbia about a hundred years ago. A love lock is a padlock, usually marked with a couple’s first names, and locked to a bridge or other public structure to symbolize their lasting love. The key to the lock is then thrown away, often in the river below.
Here you can see the extent of Paris’ love locks situation. This is only one bridge of many laden with the locks. 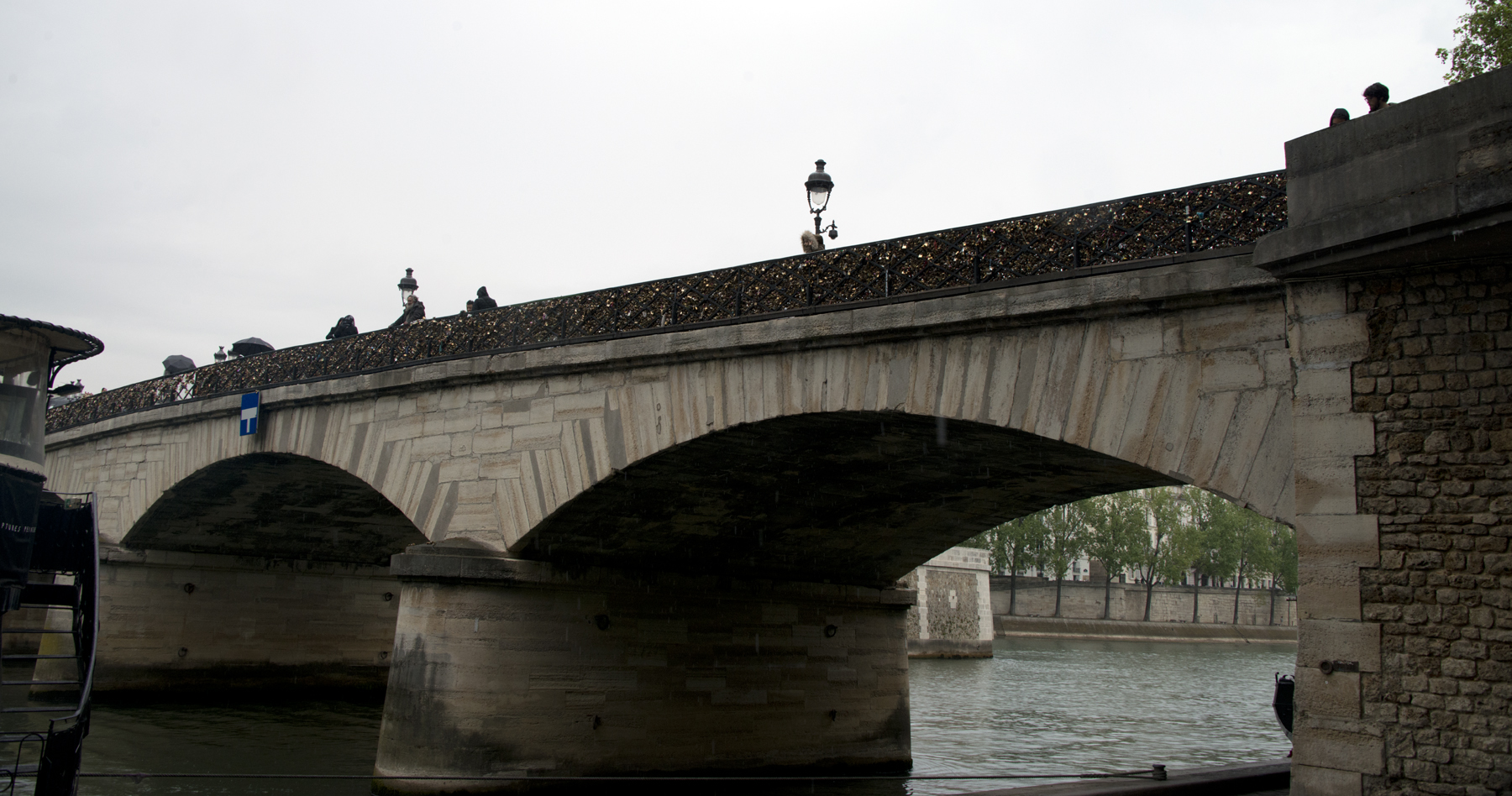 As old as the custom may be, love locks have pervaded Europe only since the early 2000s. Love locks first appeared in Paris in earnest in 2008.
I first saw love locks on the Ponte Vecchio in Florence, Italy, in 2004. I’ve even attached a lock on a European bridge with my husband. I won’t say where, but it wasn’t Florence and it wasn’t Paris.

The extent of this practice has caused a lot of problems, mainly that the weight of the locks cause the bridge parts to fall down! In 2010, Paris administrators spoke out against the practice, saying their “architectural heritage” was endangered. Interestingly, overnight on May 11 that year, all the locks mysteriously disappeared from the Pont des Arts. Everyone thought the city administration had removed them, but it turned out to be an art student who used them for a sculpture.

An organization called No Love Locks was founded in 2014 by two American expats living in Paris, which has raised a lot of awareness of the problem in an attempt to help find a solution. The city tried installing glass panels on bridges instead of the fencing used for the locks. However, graffiti artists immediately took care of decorating those.

My favorite solution story is about a group of locksport enthusiasts in New York. Locksport is the “sport” of defeating locking systems; I learned this word just today in researching this blog post. This group organized events to remove locks from the Brooklyn Bridge. Can you imagine meeting up with your friends to pick locks on the Brooklyn Bridge? In Paris, I actually mentioned that one could practice lock-picking skills on love locks to ameliorate the load. Seems a good fix.

I understand the problems and how tough the answers are. However, I think love locks look wonderful. Besides, they are a photographer’s dream! I know they’ll disappear one day, but I will have my photos! 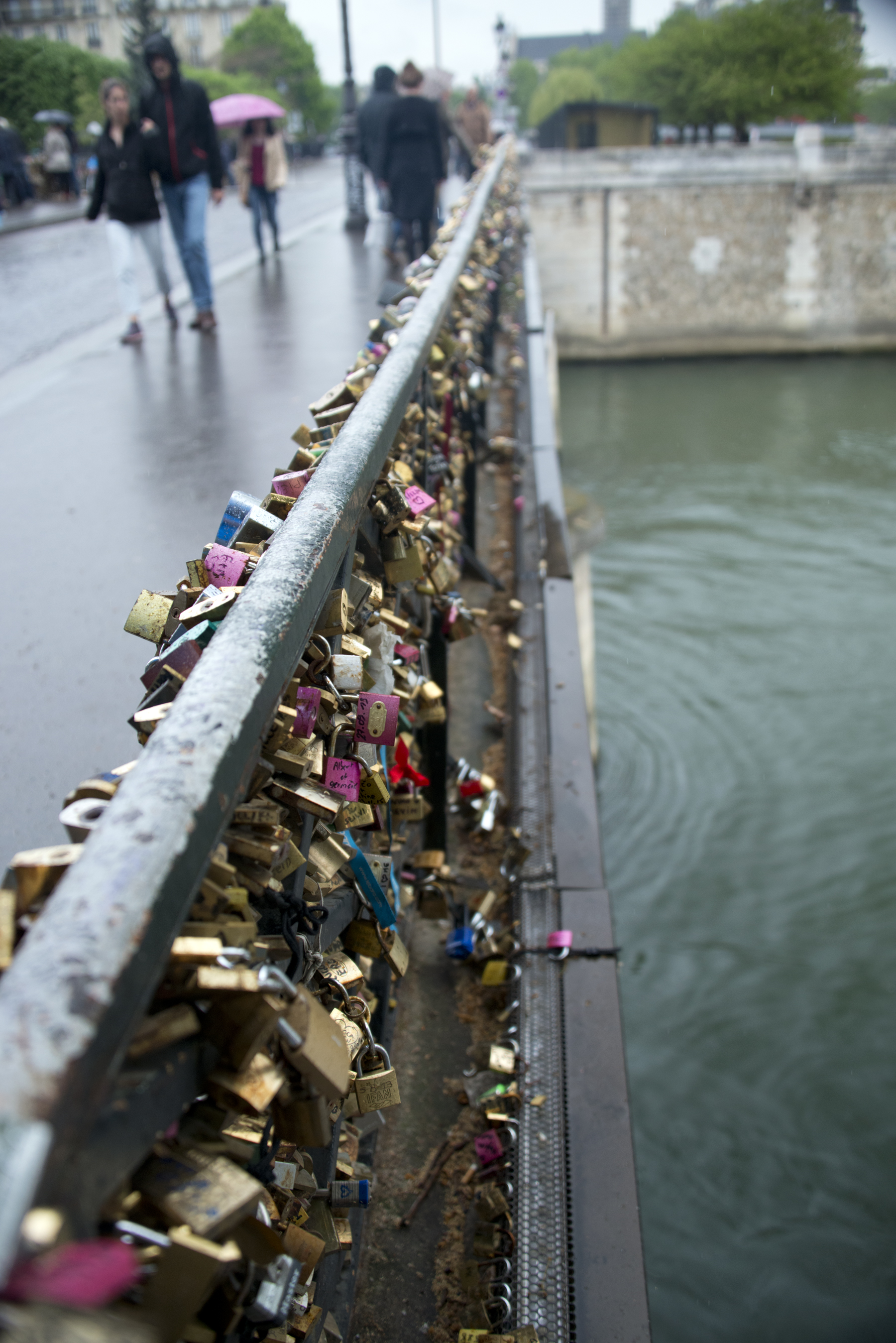 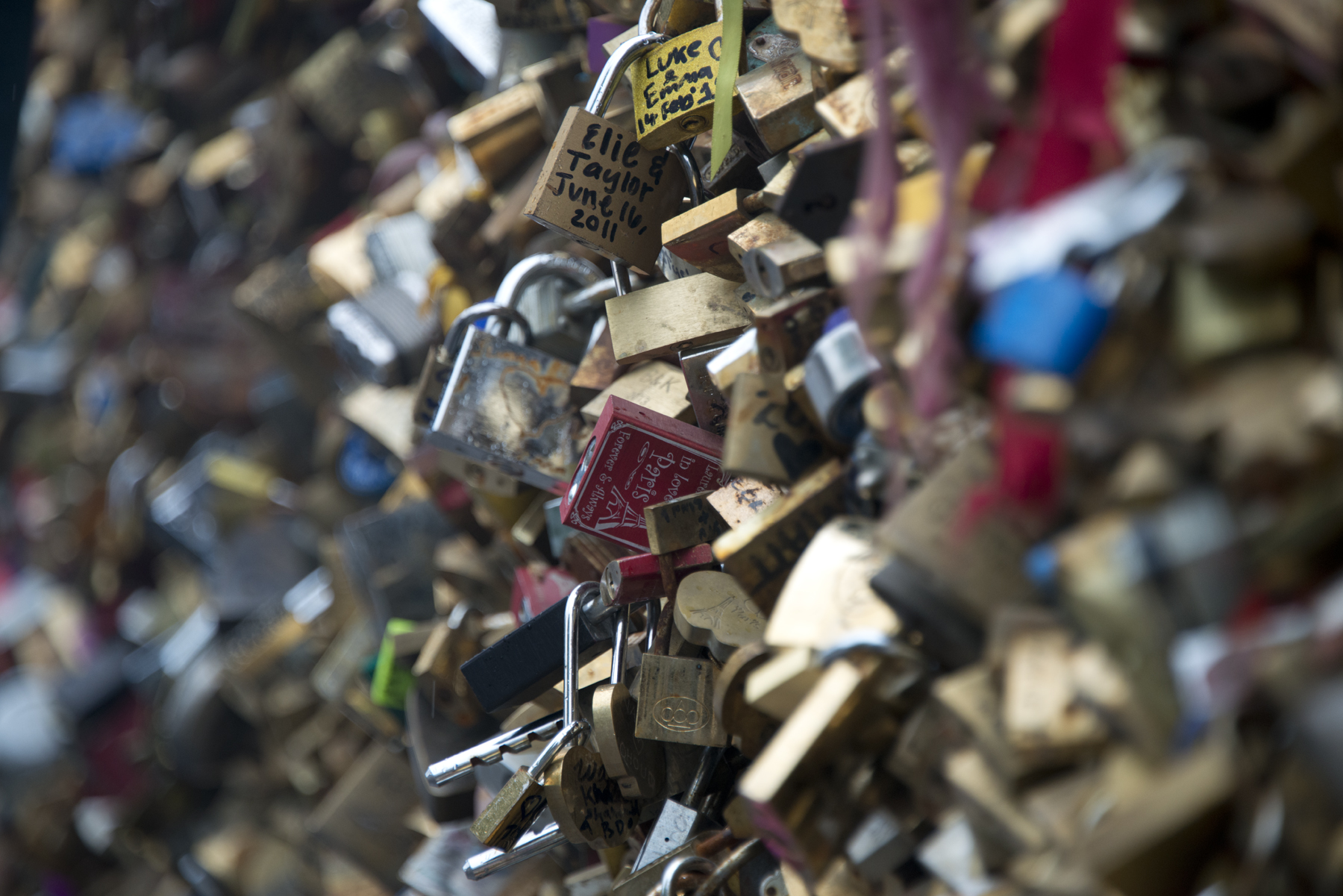 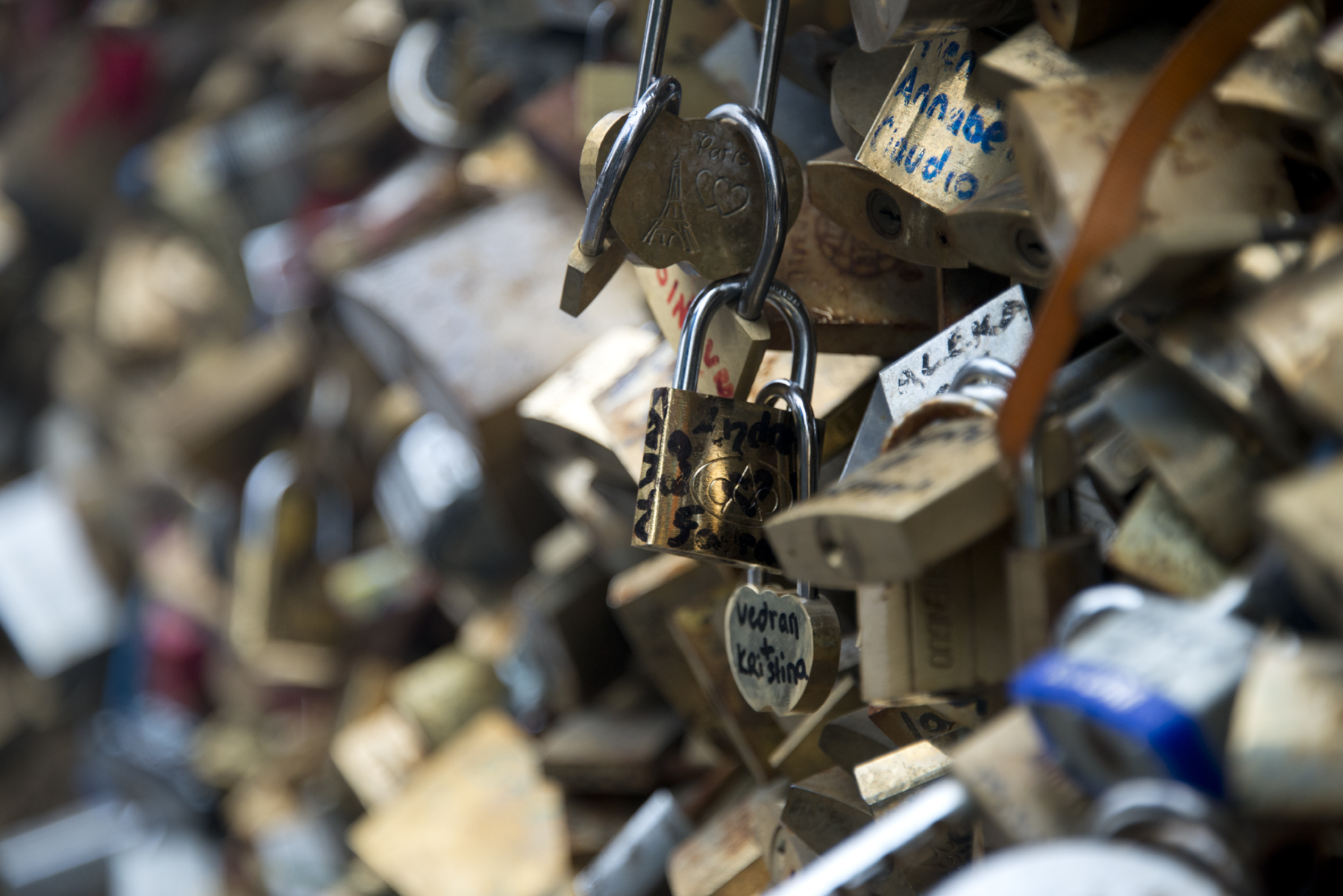 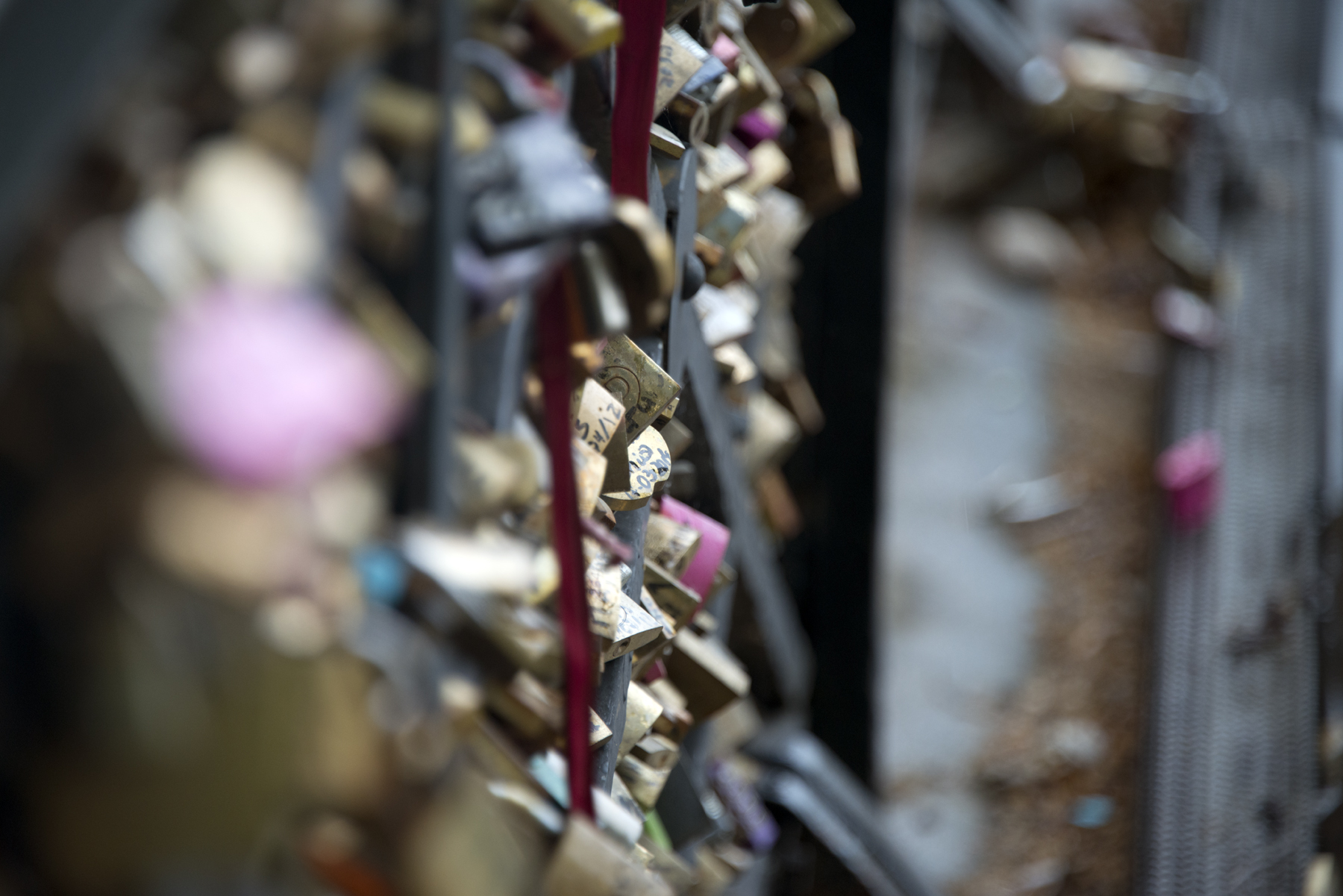 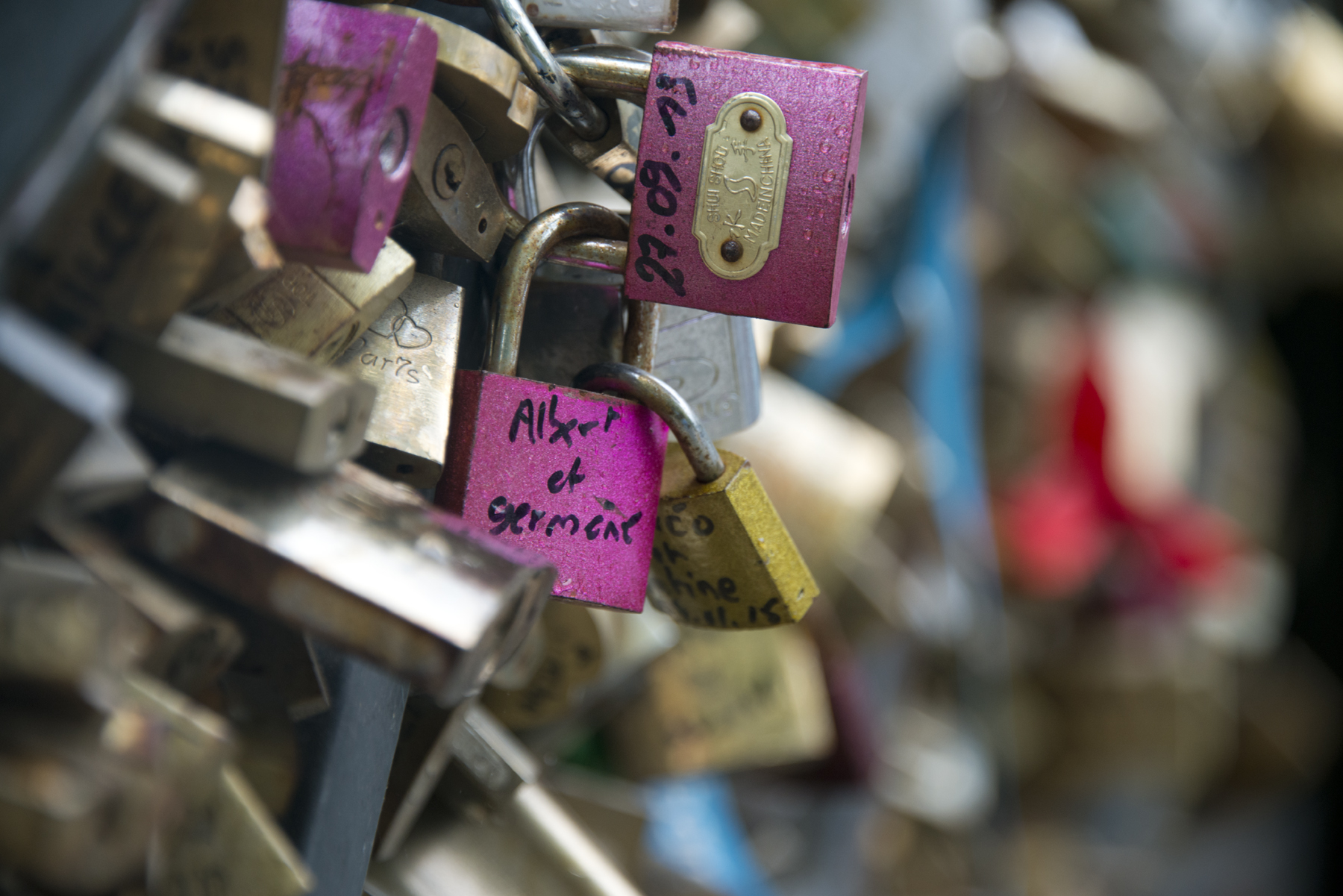 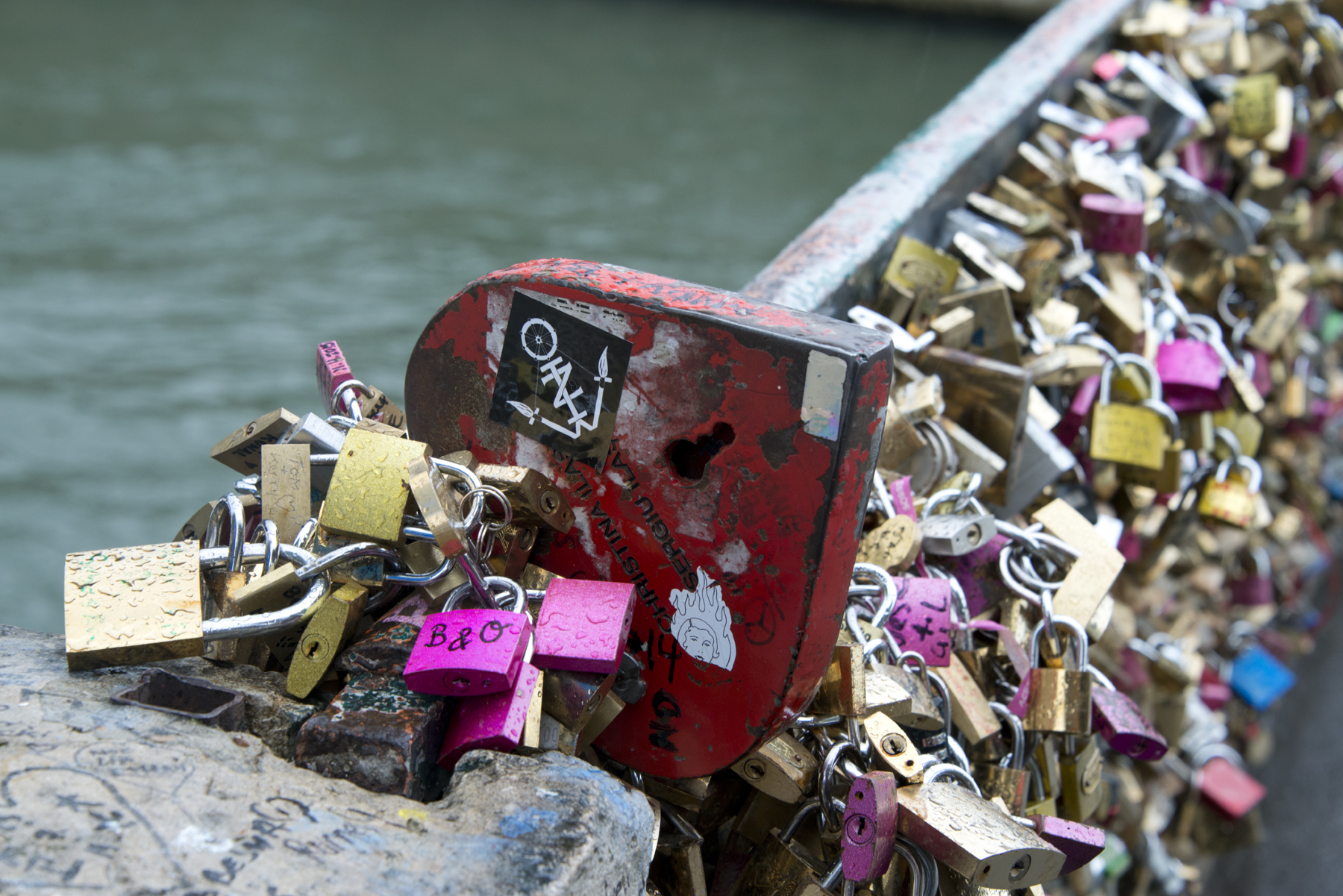 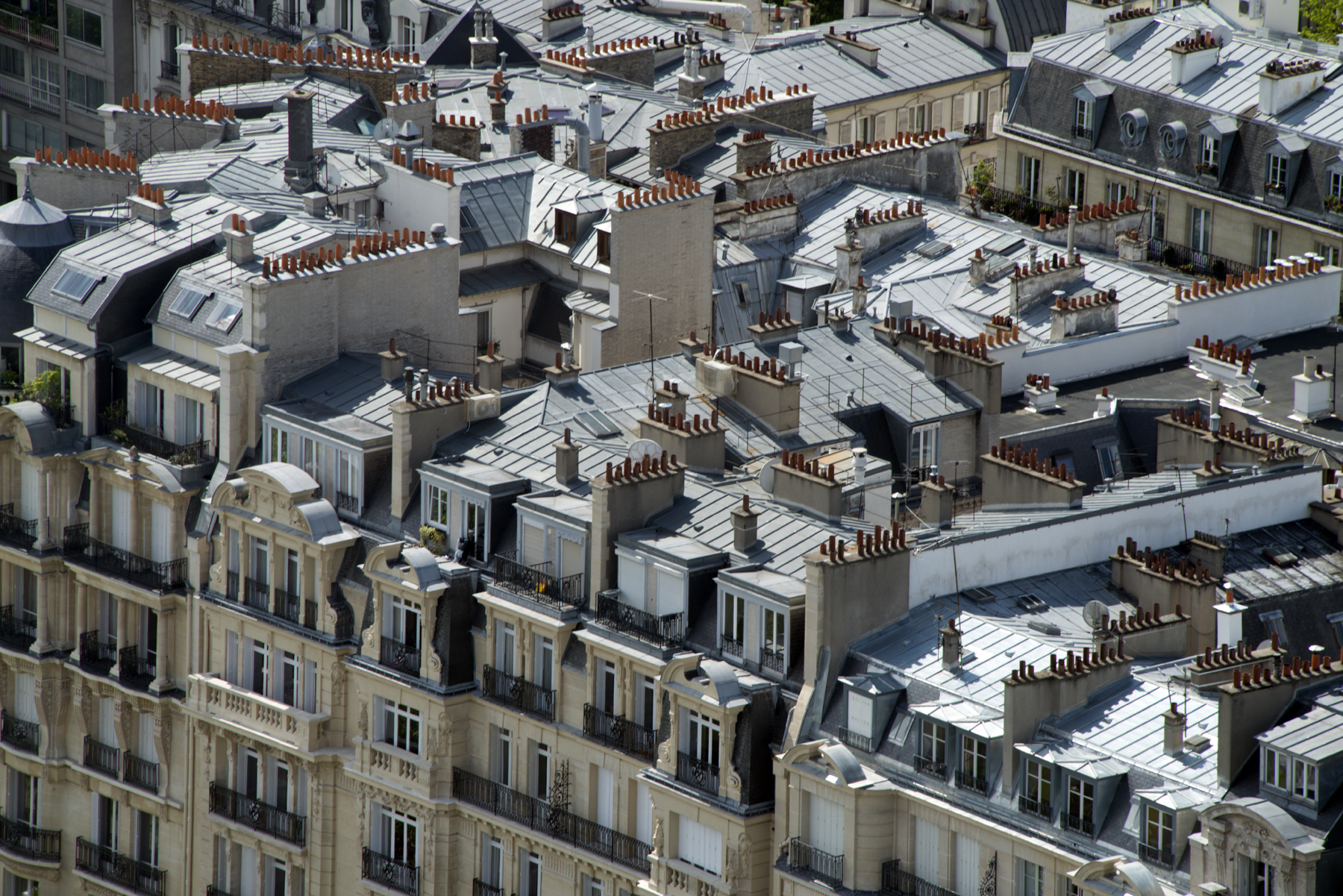