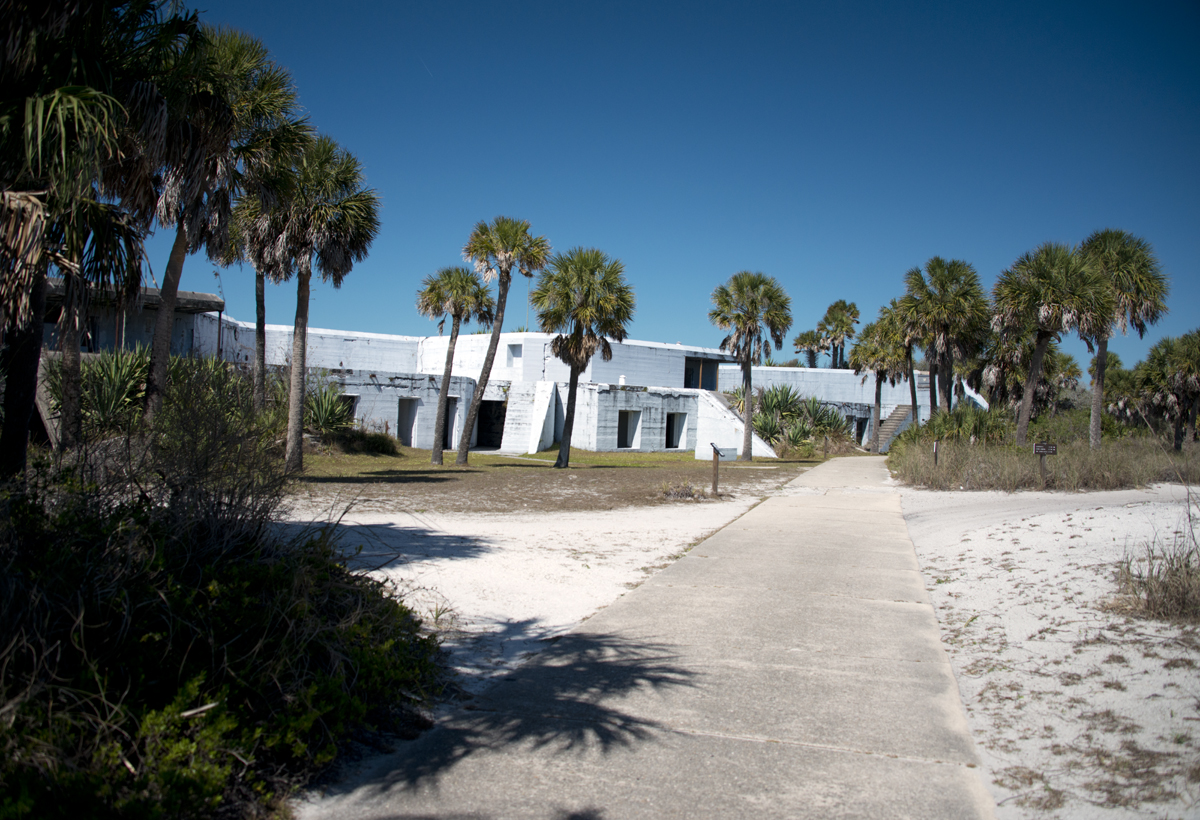 A few weeks ago I posted photos of a trip to Fort DeSoto Park in Florida with my photo phriend Paula Showen. Our original intent was to hop a ferry there to Egmont Key, a small island just off the coast. However, the ferry wasn’t running that day. So, we returned a few weeks later and, by golly, hopped that ferry!

Some interesting facts about Egmont Key: 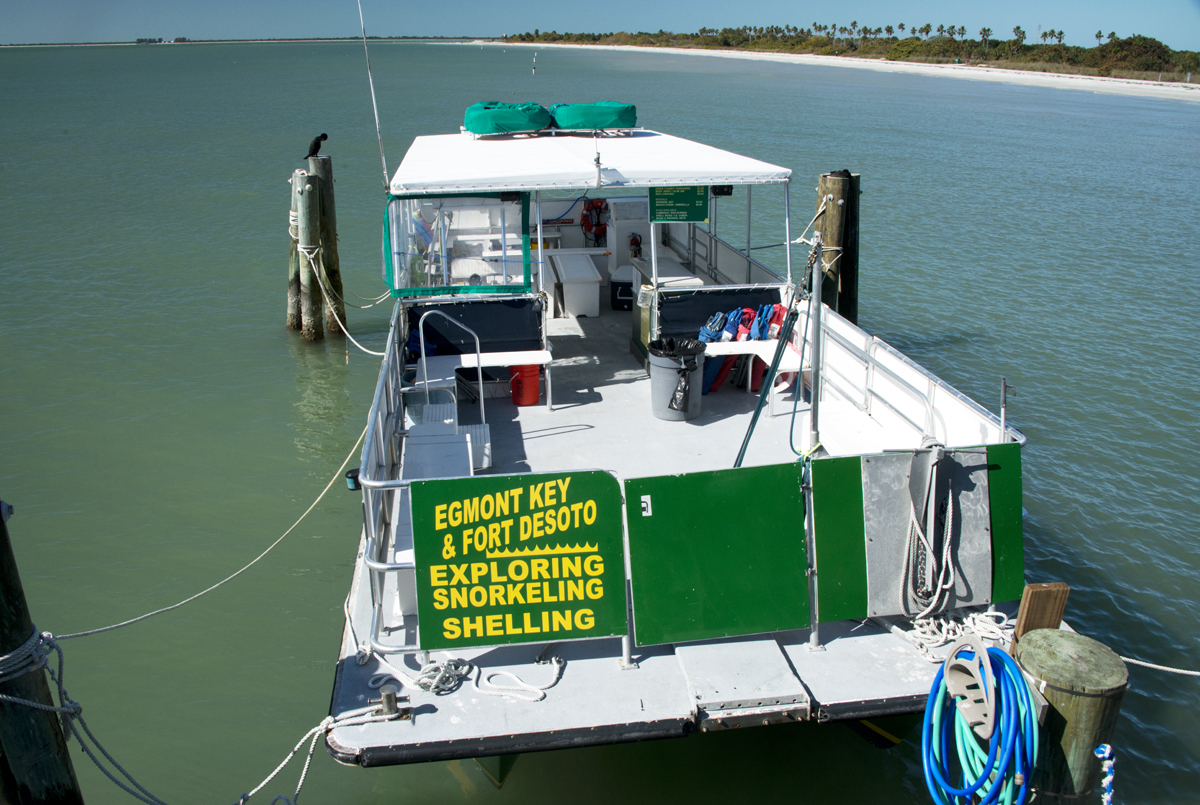 And moored at the beach on the island: 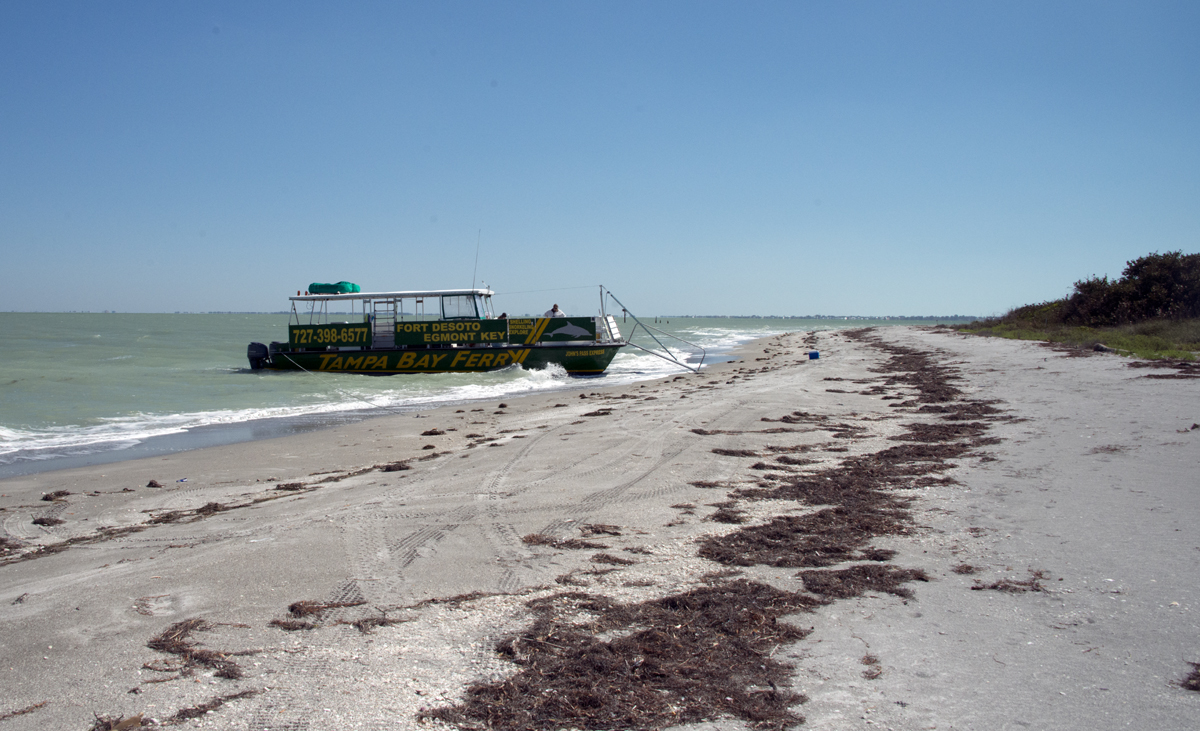 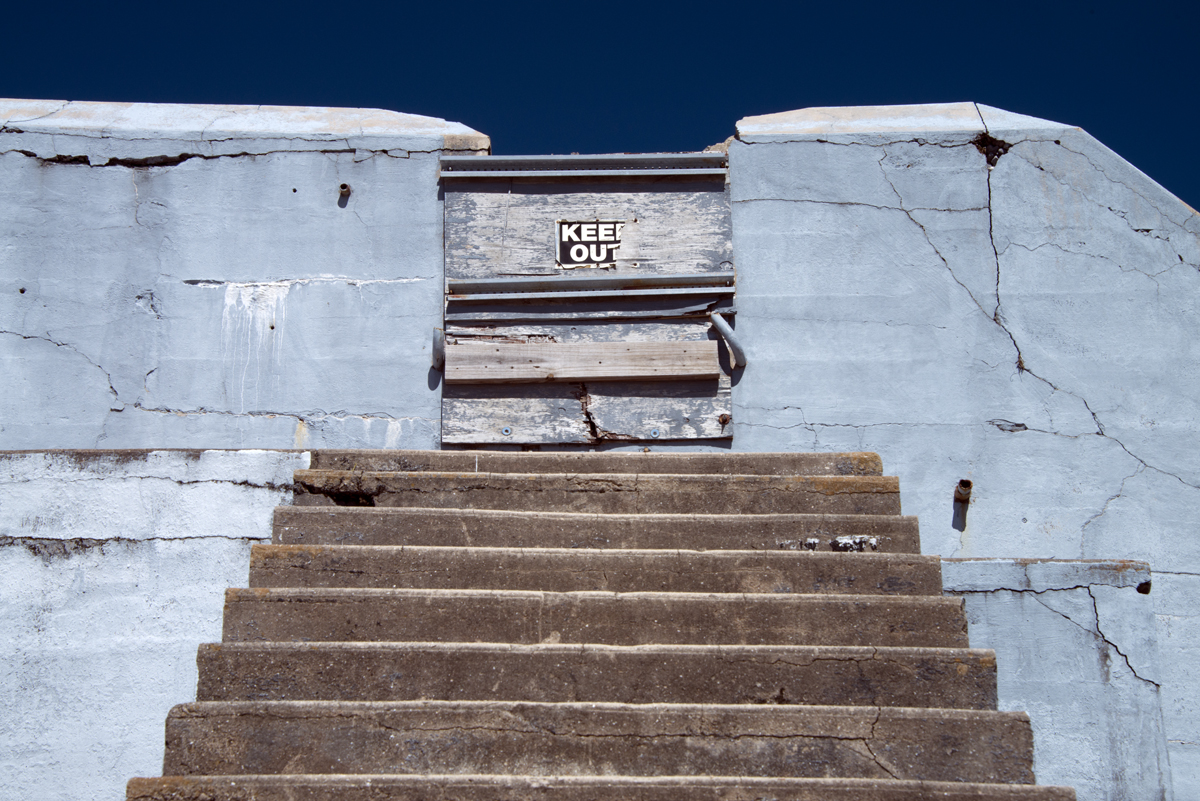 One of my favorite shots of Paula posing in a bunker: 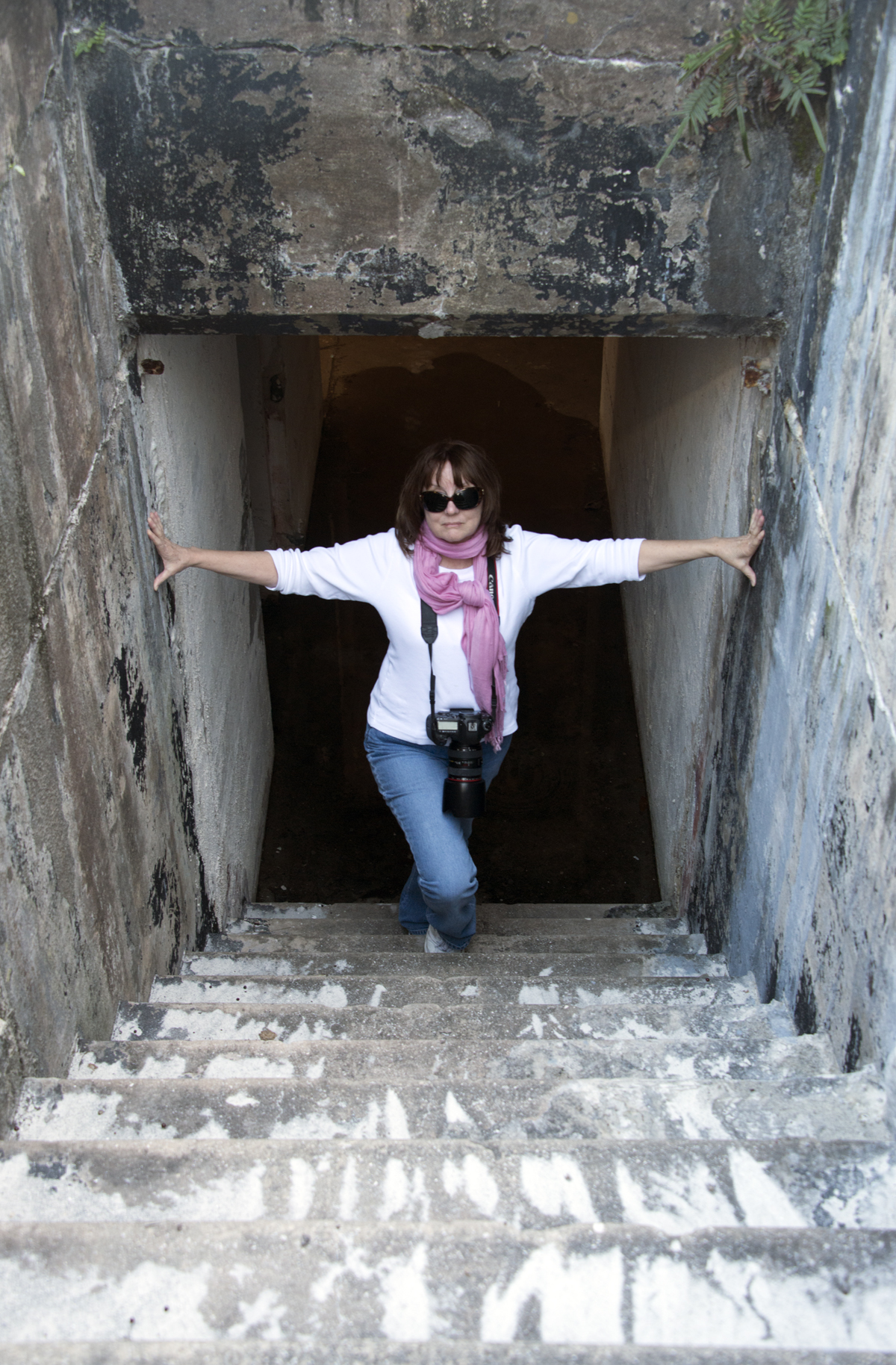 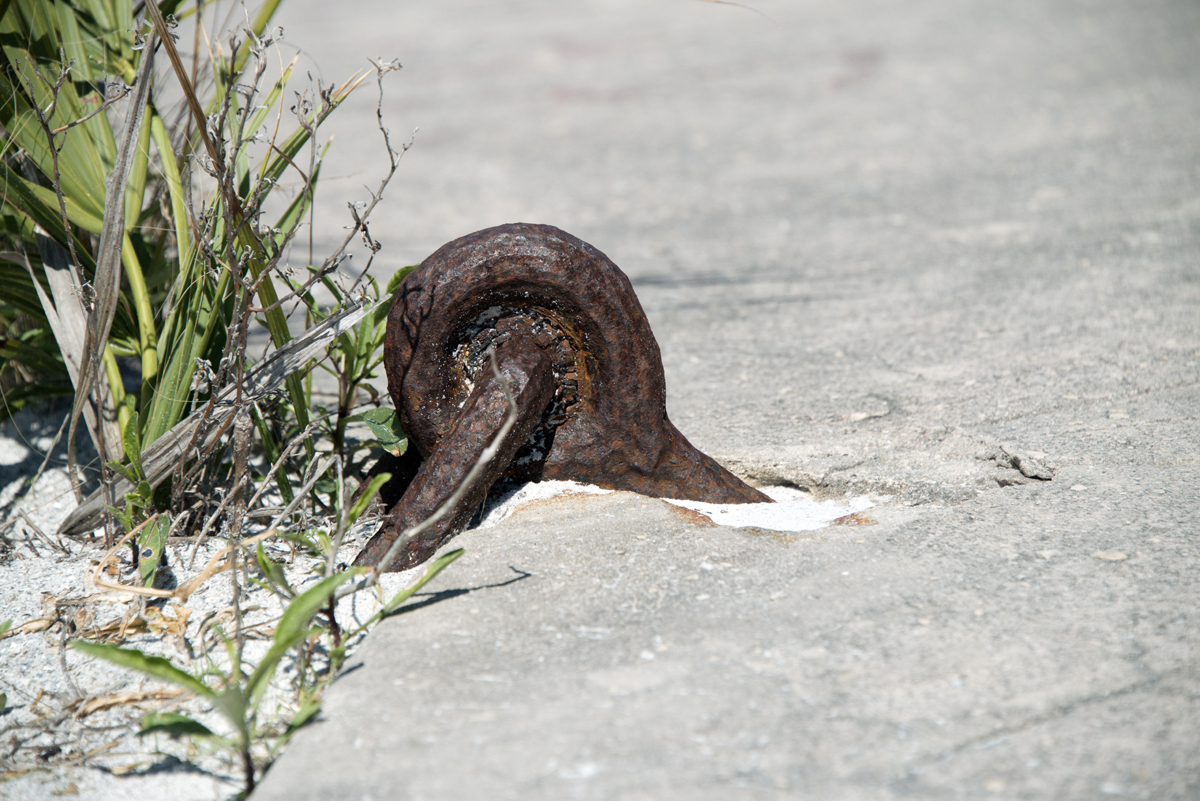 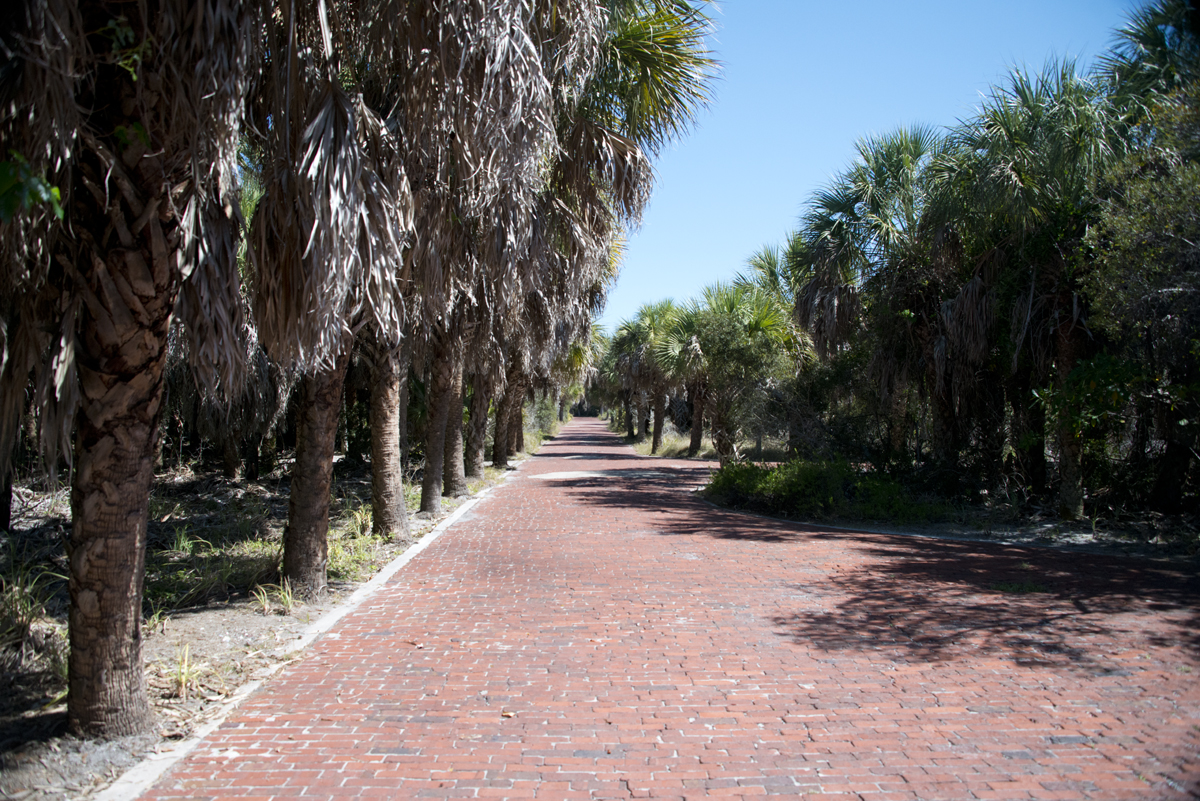 Here’s a topless building near the street I turned into a black and white: 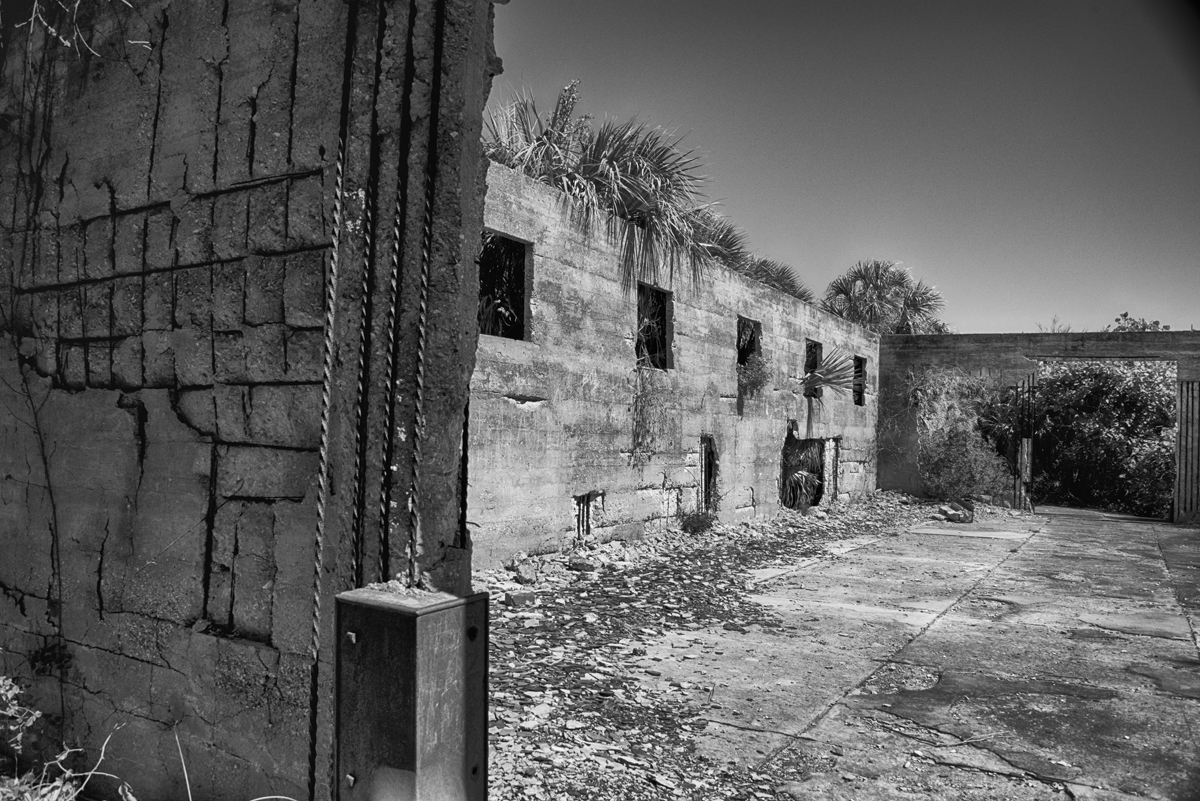 The wind, and therefore surf, was high that day. I got this dramatic shot of the water breaking over part of a ruin:

The U.S. Fish and Wildlife Service took over in 1974. They turned the island over to the State of Florida in 1989 and it became a state park. Most of the island is now a wildlife refuge. Here are some of its inhabitants: 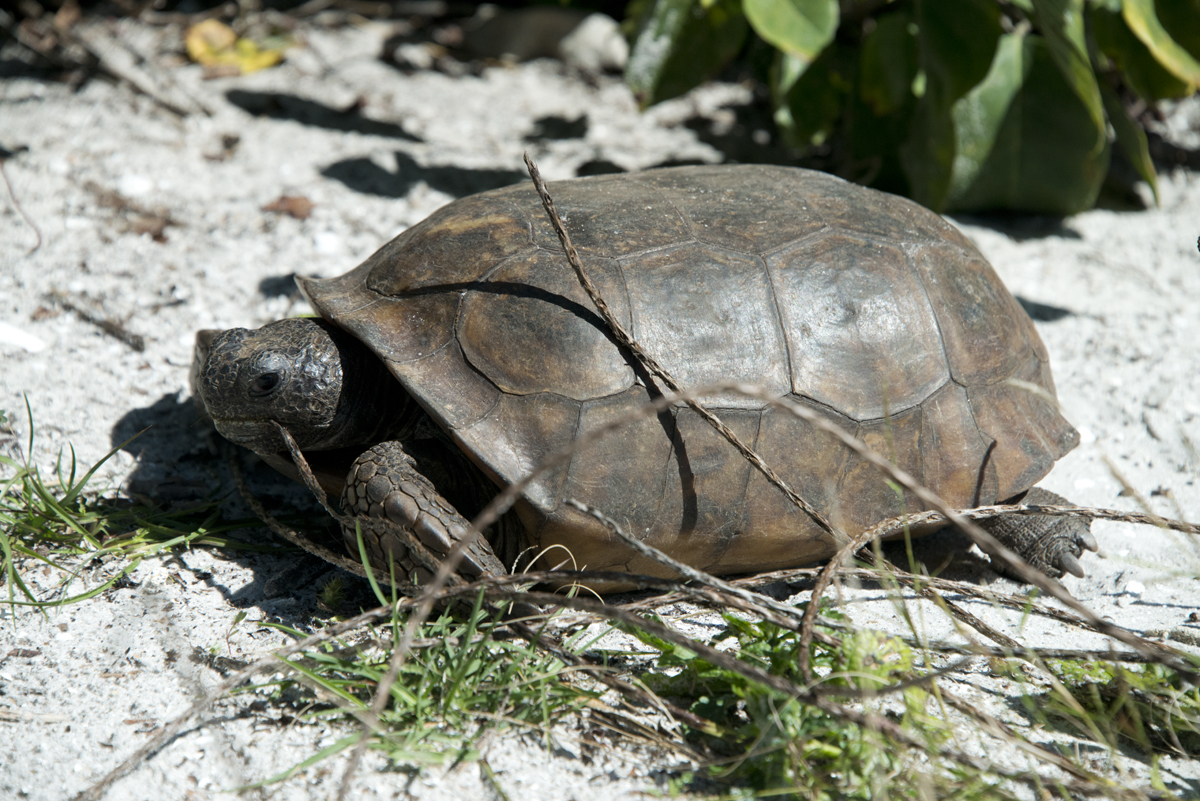 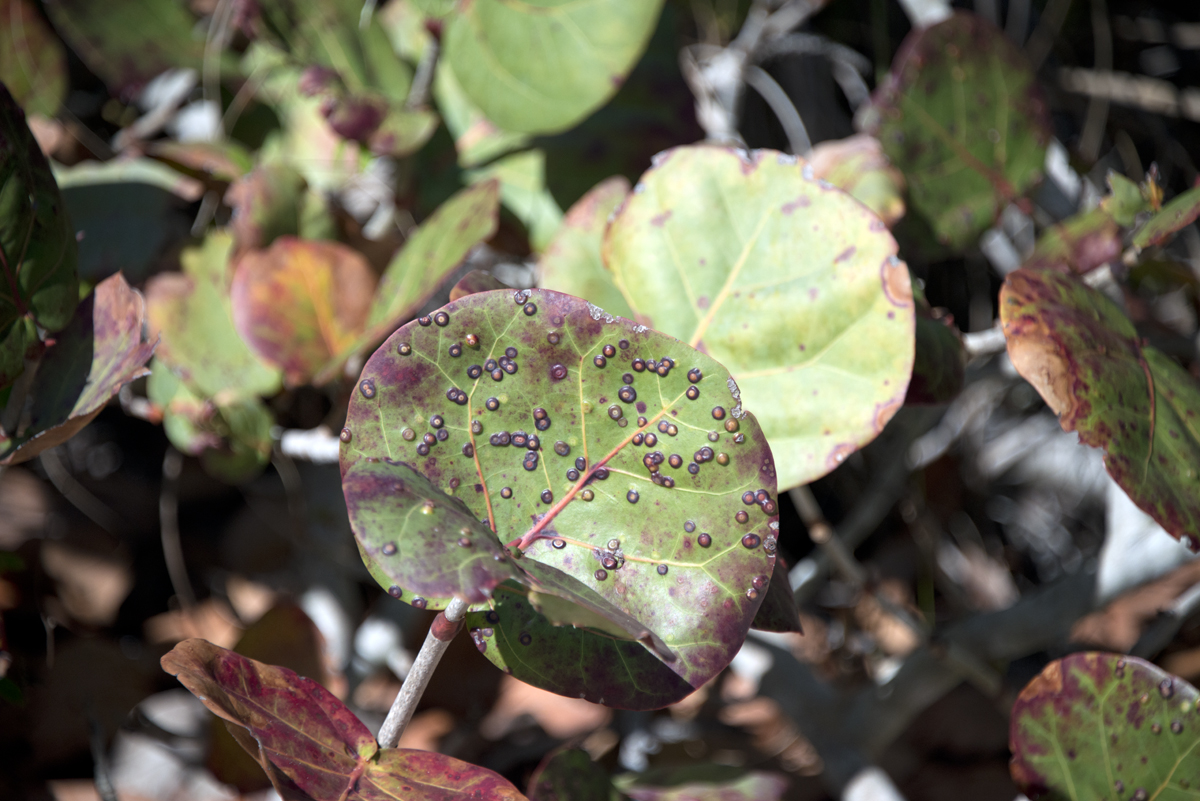 This poor sea turtle was washed up on the beach upside down when we arrived. The boat crew flipped him over – was still alive but barely moving. They phoned a rescue group and ended up taking him with us on the return trip. Someone from the rescue group met us there to see if they could save him. It didn’t look good, what with all the tumors, but I hope he was able to survive. It was fascinating being this close to a sea turtle, though. He was about the size of a hubcap: 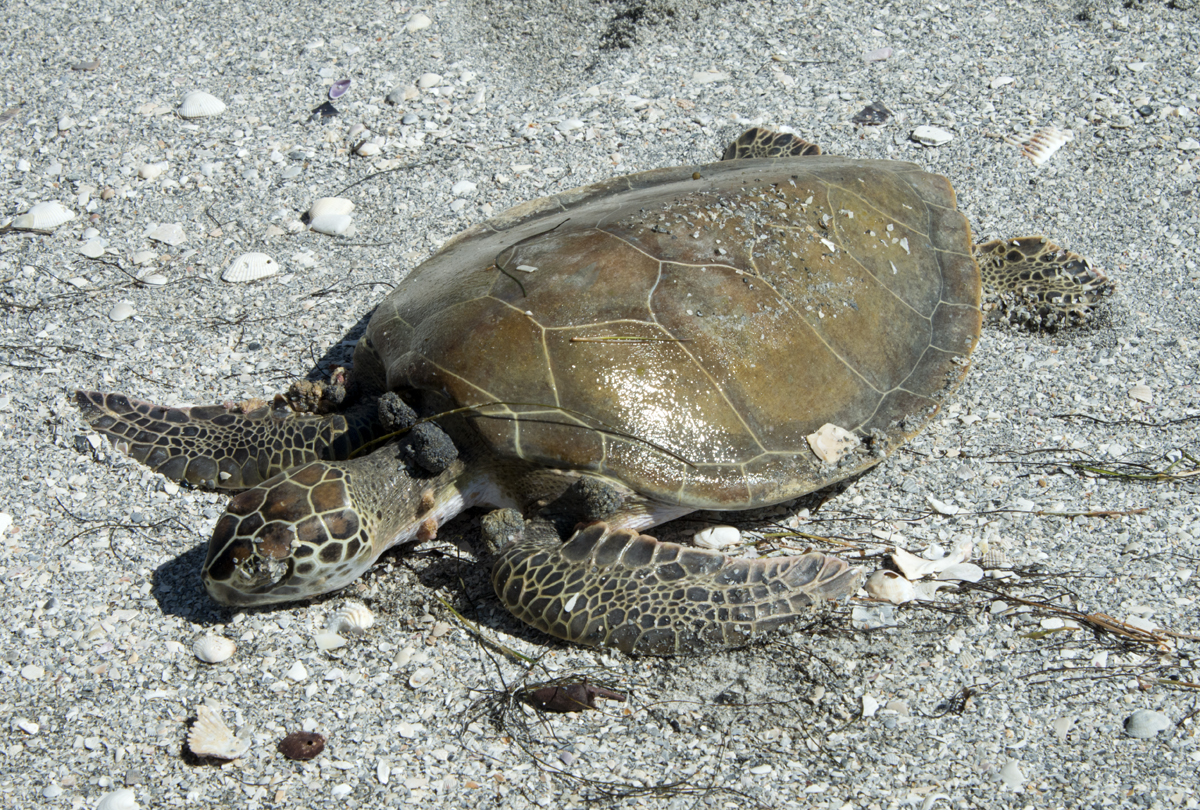 As I said above, the wind was blowing hard that day, which made wonderful mini-sculptures of pebbles in the sand on the beach: 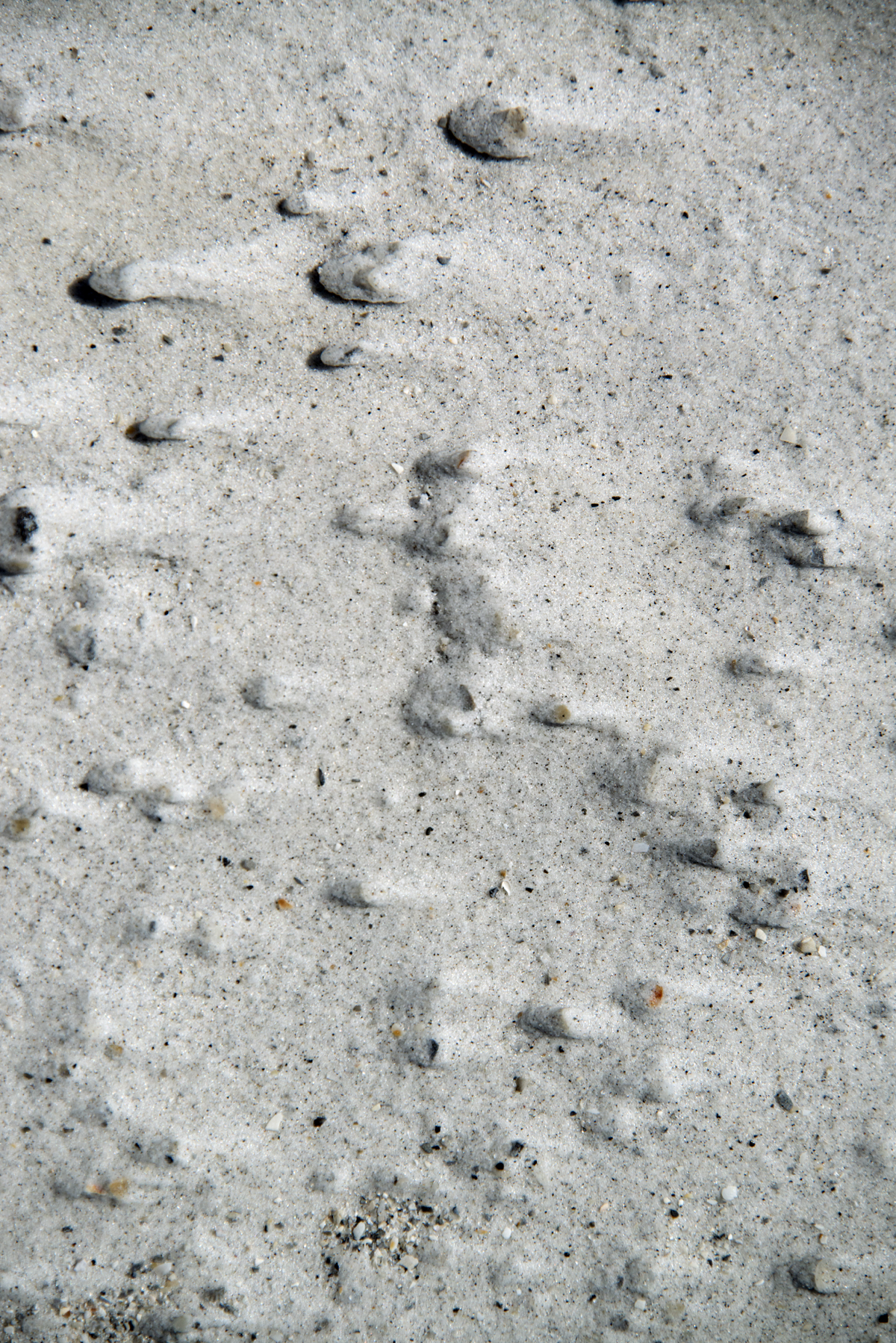 And these pine straws formed some kind of cubist drawing Picasso would have been proud of (do you see the face?): 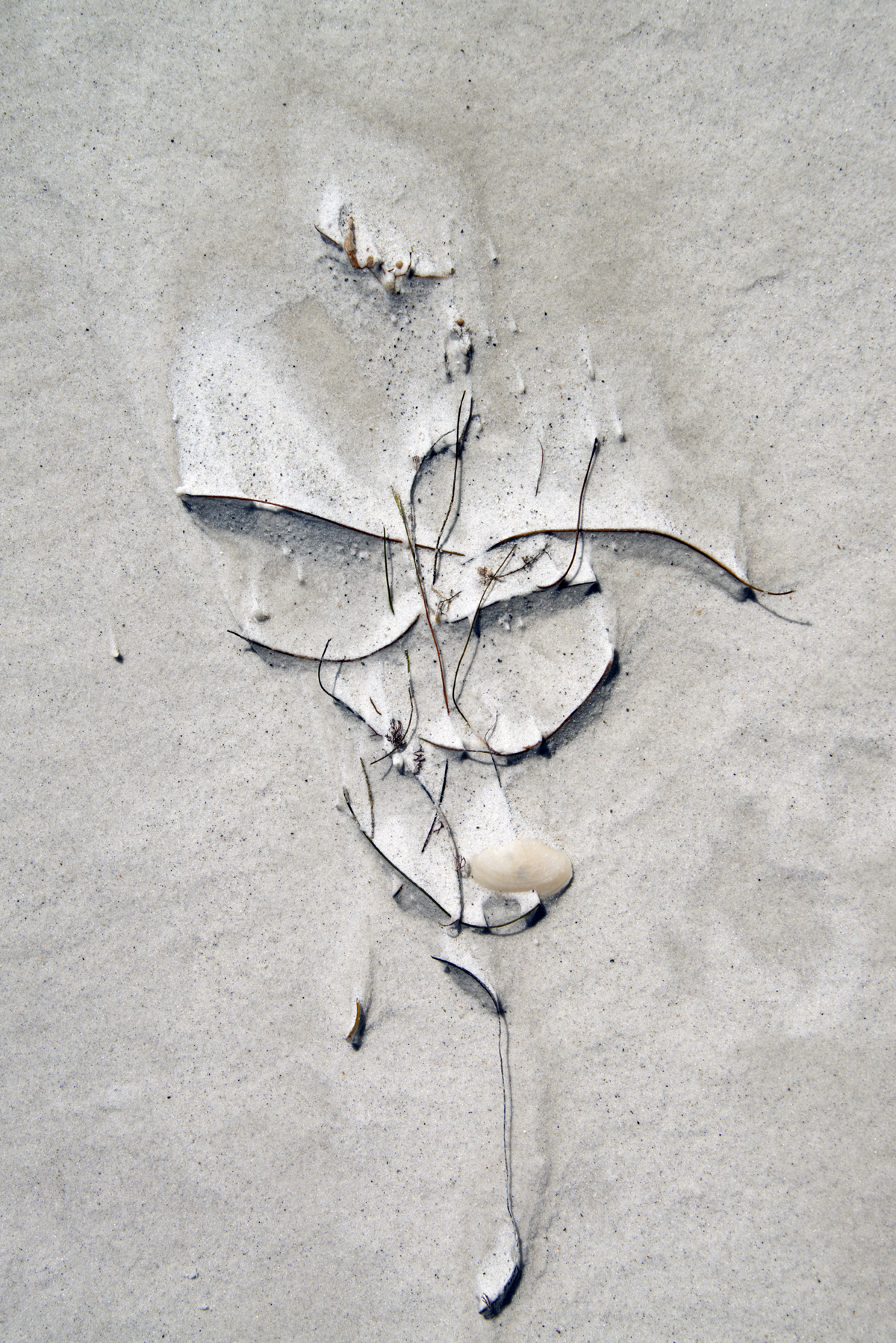 I love this shot – freezing the surf. Do you realize that, before photography, no one could have ever seen this? 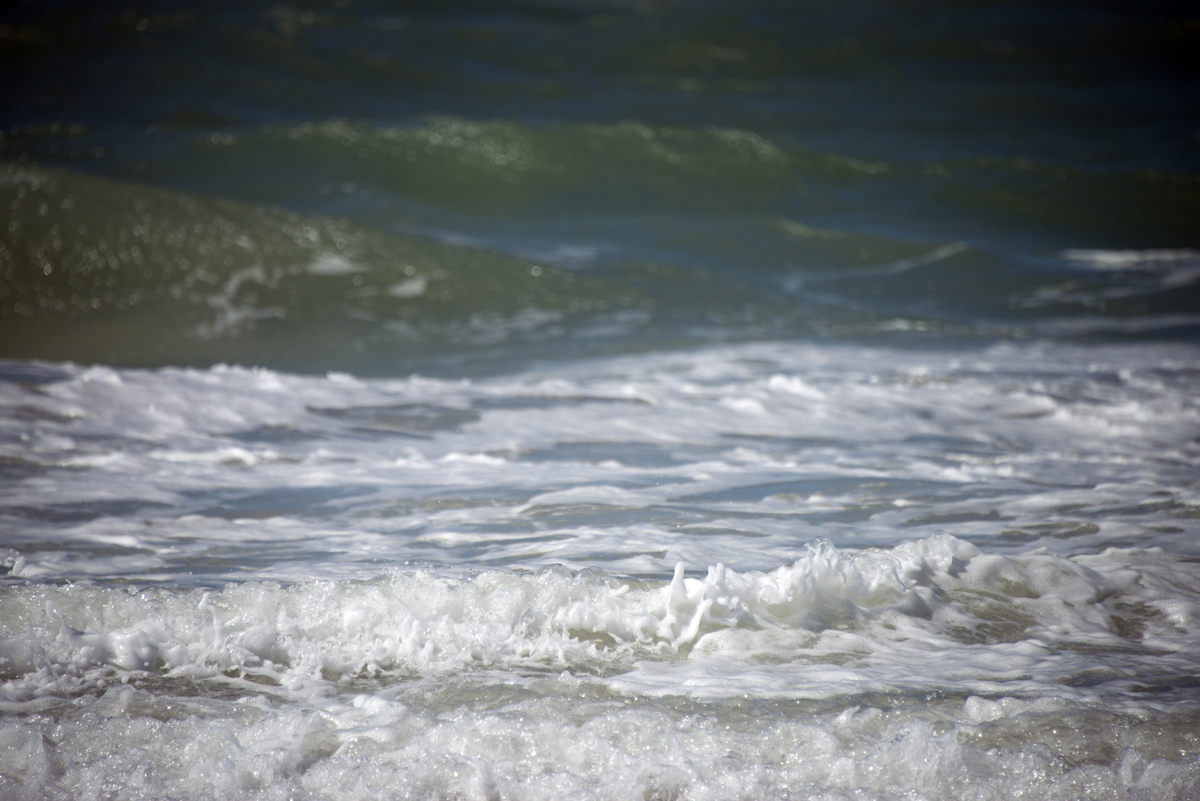 A dock on the island that I thought made a good, layered photo: 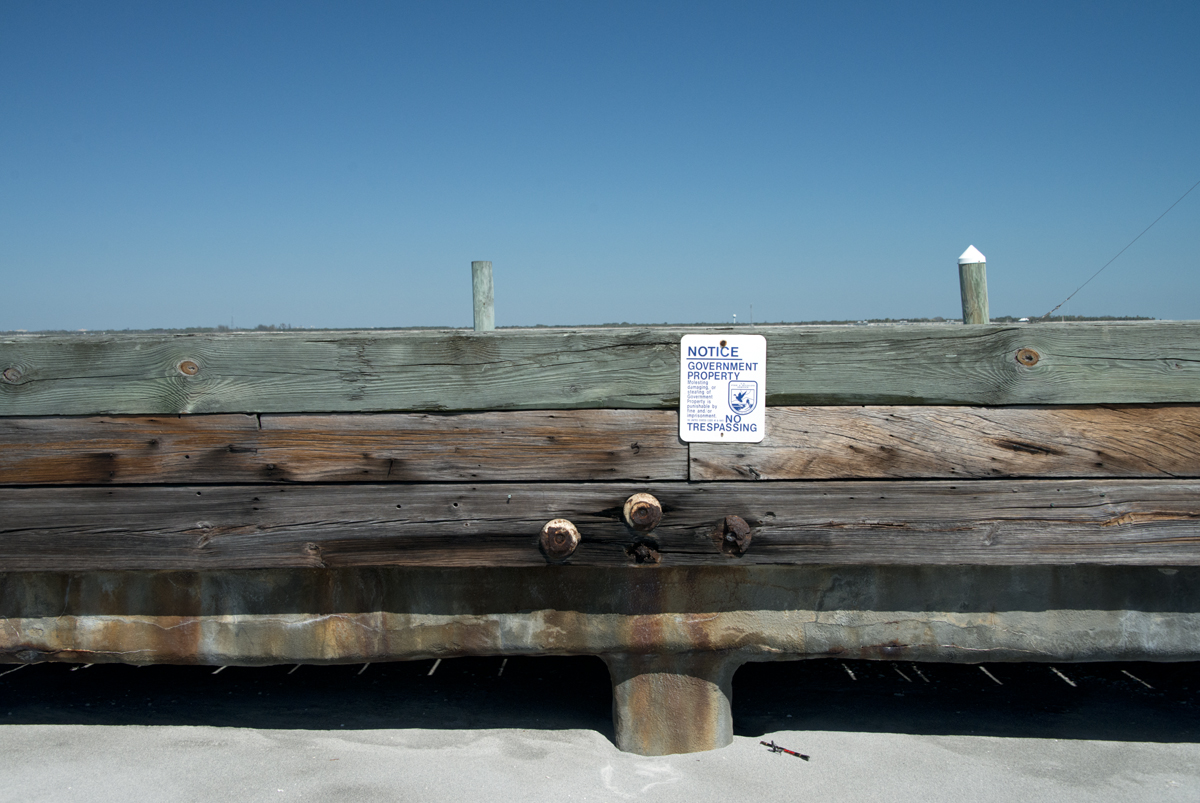 More layers of water and the mainland skyline punctuated by buoys: 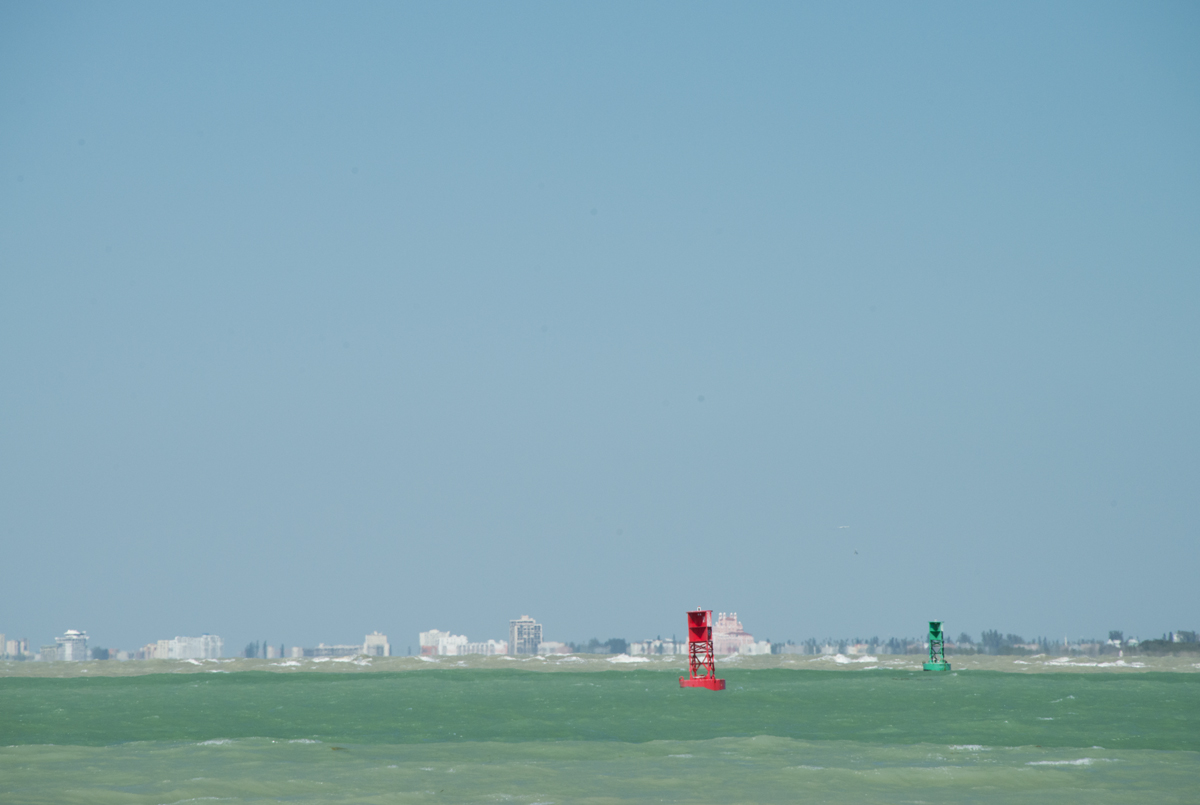 Icing on the cake that day (a big, delicious cake) was this puppy and two of his litter mates on the boat when we returned:

Of course, I highly recommend this excursion. It’s fairly easy to get to as long as you check with the ferry service beforehand. They usually don’t run on Mondays, nor on Tuesdays during the winter months. The wildlife is interesting, and the beaches are beautiful. Bring a picnic and some sunscreen and you’re set! 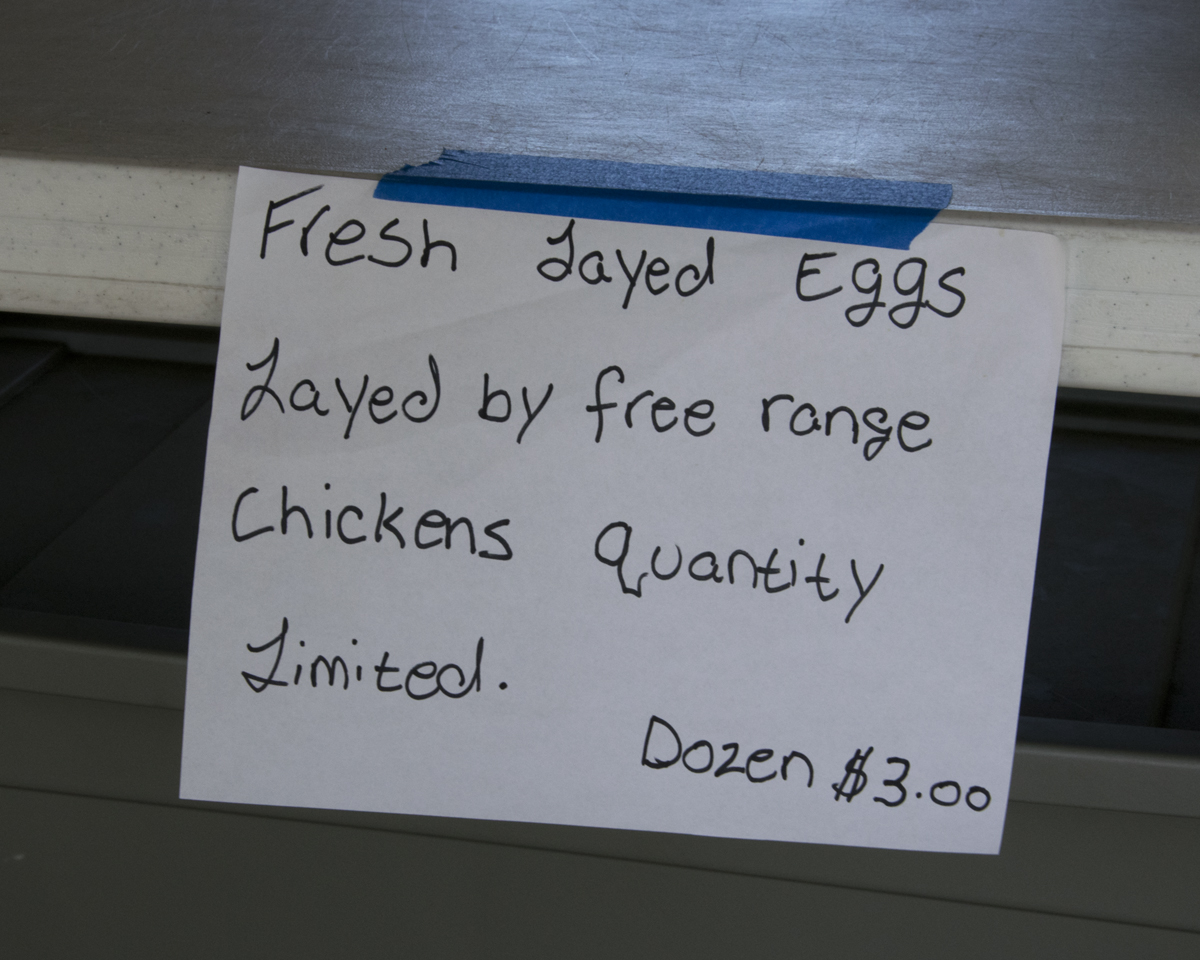