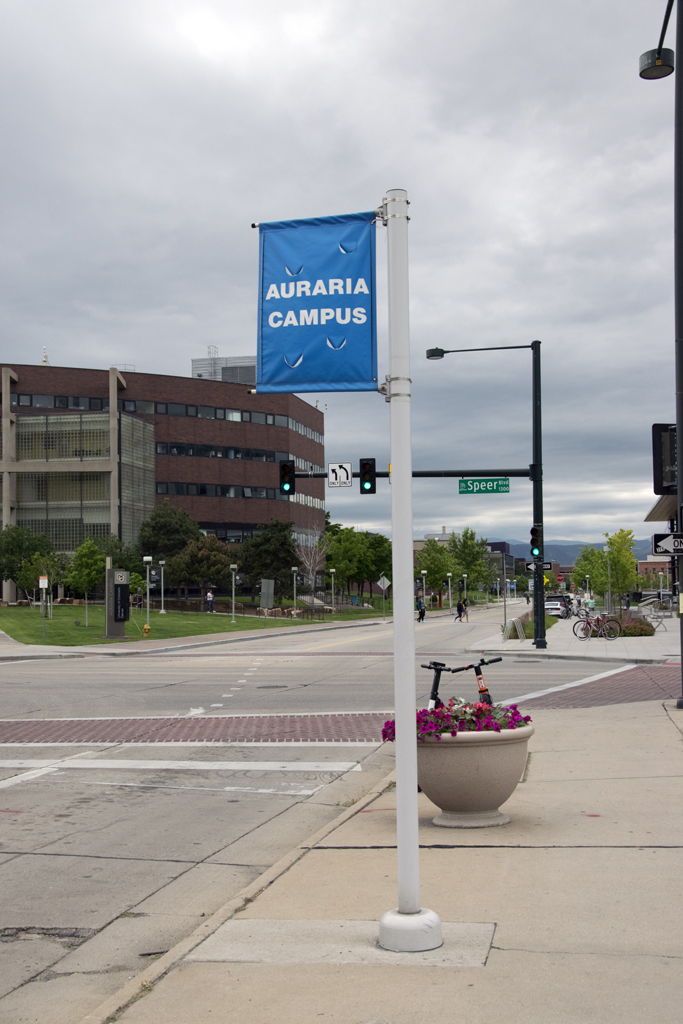 In last week’s post, I recounted a bit of early Denver history. The history is directly related to this post, too, so I’ll recap:

Before they razed the old neighborhood, though, a group of local residents managed to get a couple of block of Ninth Street added to the National Historic Register. The houses there have been preserved and are used for university offices and so forth. Look for a post about Ninth Street Park in the near future!

So, here’s the campus today: 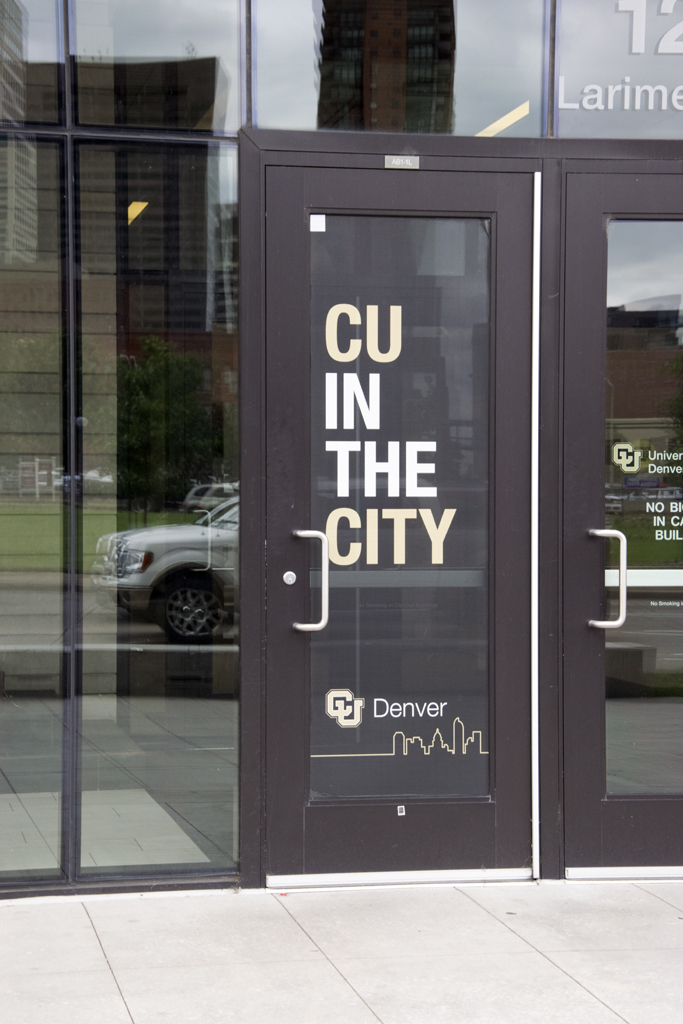 There’s a good picture of the 1976 library on campus at this link. I didn’t take a picture of it that day, I think, because it felt so jarring and out of place to me. I won’t say it’s exactly ugly, but I don’t like that era of architecture.

Another shot of campus: 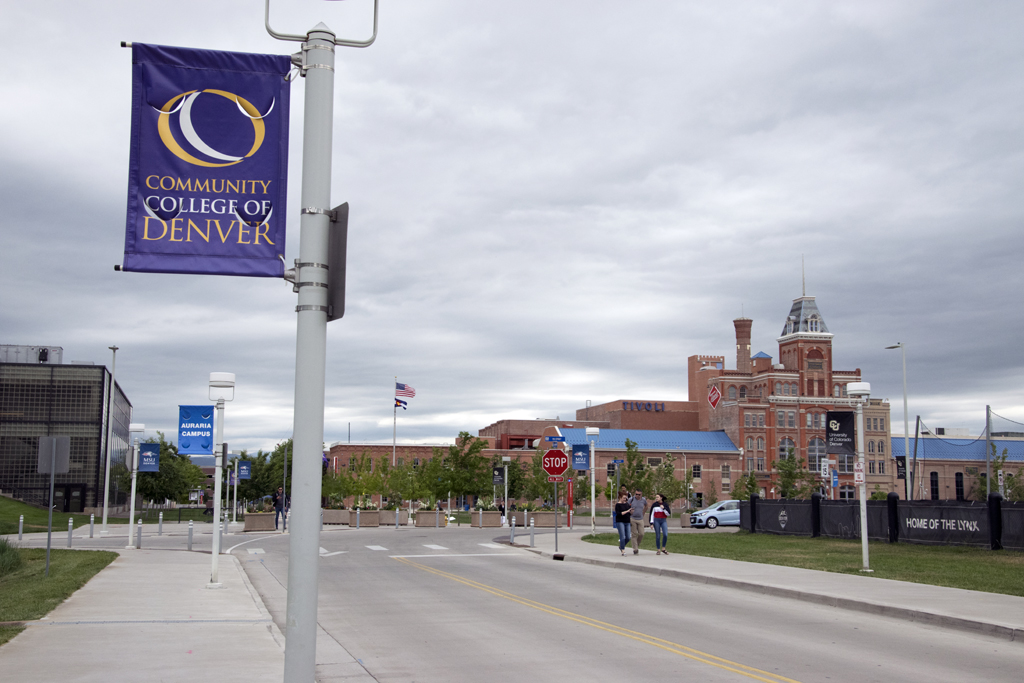 The big, beautiful brick building in the photo above is the old Tivoli Brewing Company. You’ll see a blog post about that soon, too!

On one side of the quad, you can see the Pepsi Center, where the Denver Nuggets basketball team, Colorado Avalanche hockey team and Colorado Mammoth lacrosse team play: 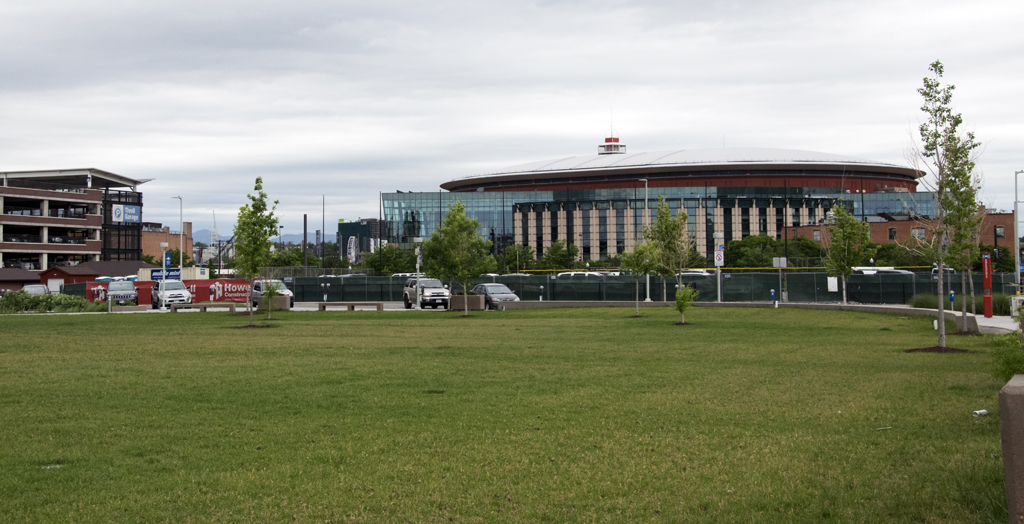 There are a total of about 42,000 students among the three schools, and about 5,000 faculty and staff. It certainly was busy for a June afternoon the day I was there. I always like the feeling of a college campus, even after all these years. Something so hopeful about it!

Stay tuned for even more posts about buildings on this campus, including a couple of historical churches. 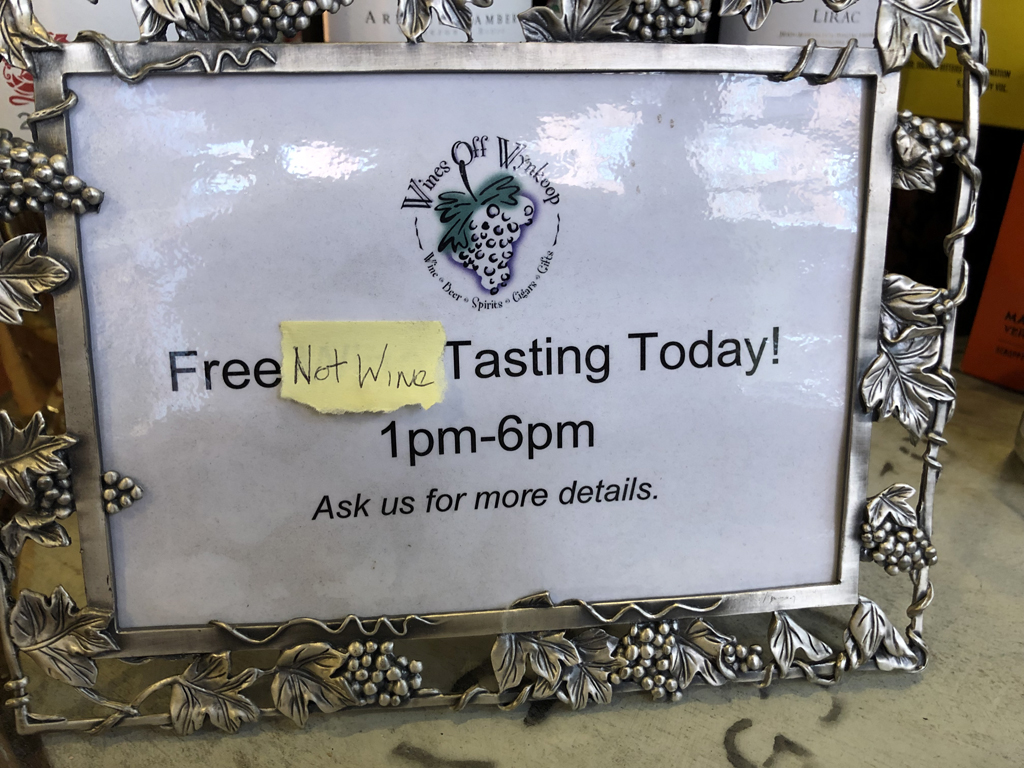