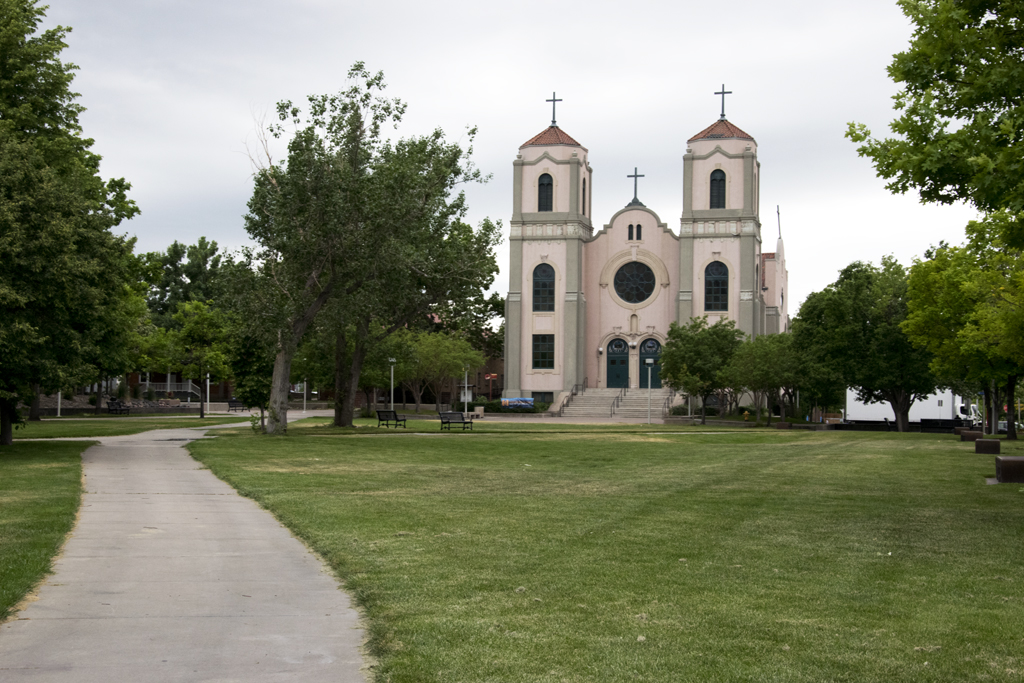 A few weeks ago I started a series of posts about an area in downtown Denver where the city was founded. I started with a visit to Larimer Square, followed by a post about the Auraria neighborhood, which is now a shared college campus. The third post in this series was about the historic Tivoli Brewery located on that campus.

In this installment I bring you some pix and info about St. Cajetan Catholic Church in Auraria, which also resides on the campus.

The congregation at St. Cajetan was the first Hispanic Catholic parish in Denver.

On the left side of the church is the rectory, which means the priest’s house. You can see it here: 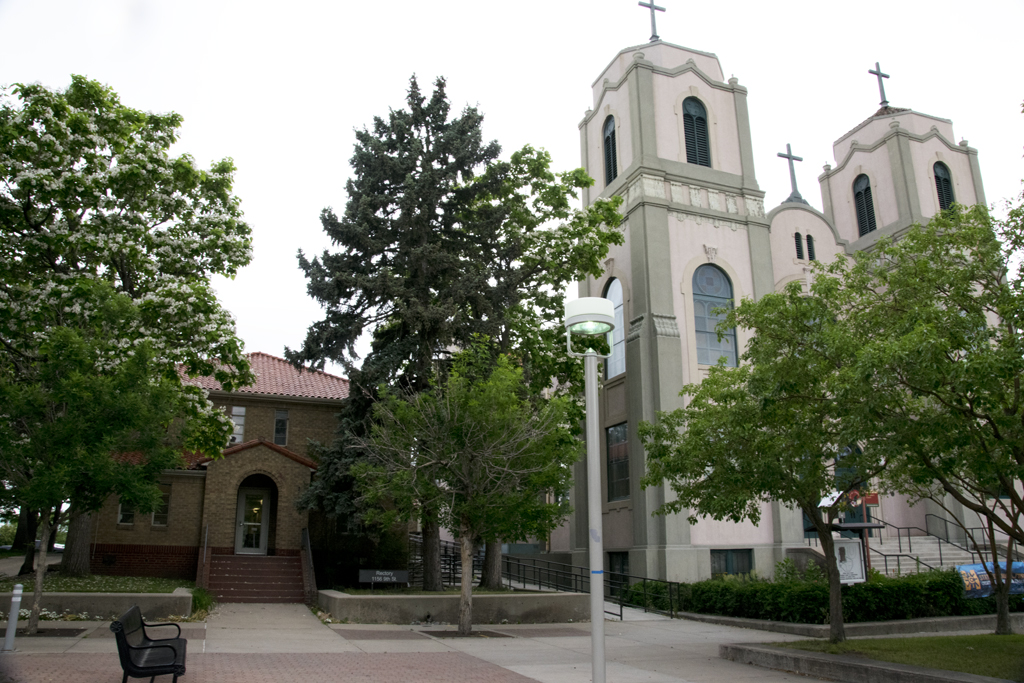 Here’s a closer look at the front doors of the church: 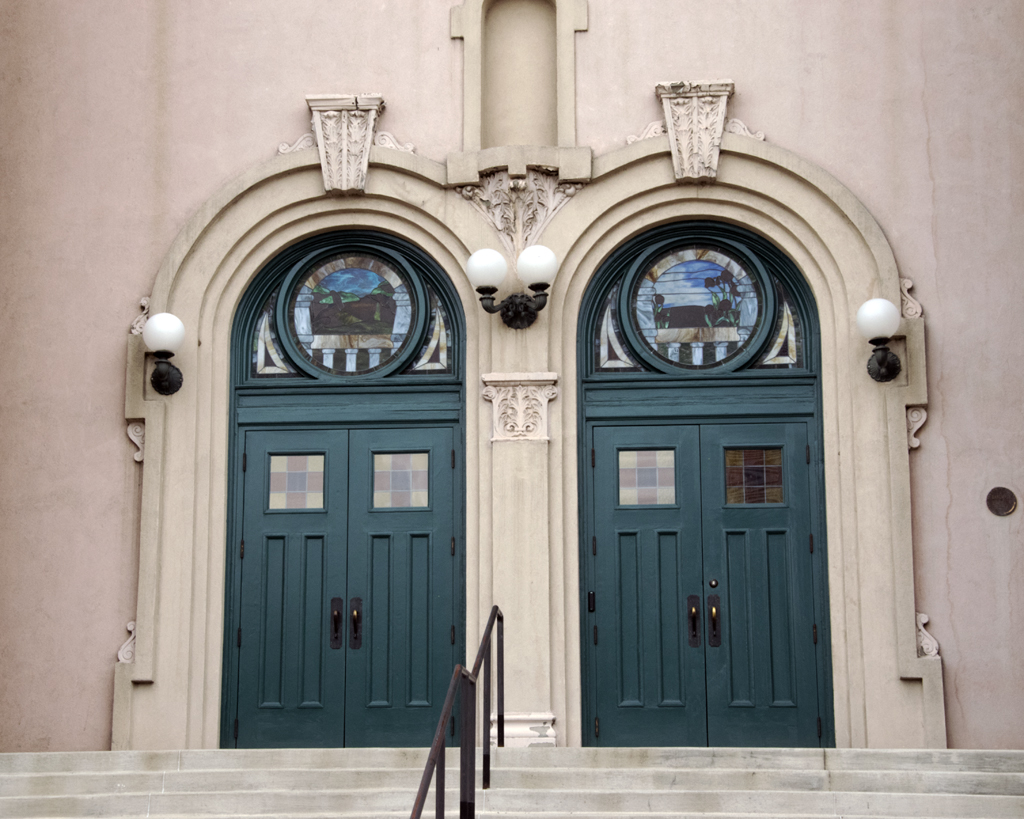 I was with a friend that day; in fact, it was her idea to explore the area. When we went inside the church, we found the sanctuary set up for a meal, including a buffet. We smelled the food, and most of it was still warm. However, not a soul was about. It was kinda creepy, like they were expecting us. Here’s a photo taken from the altar area toward the front doors: 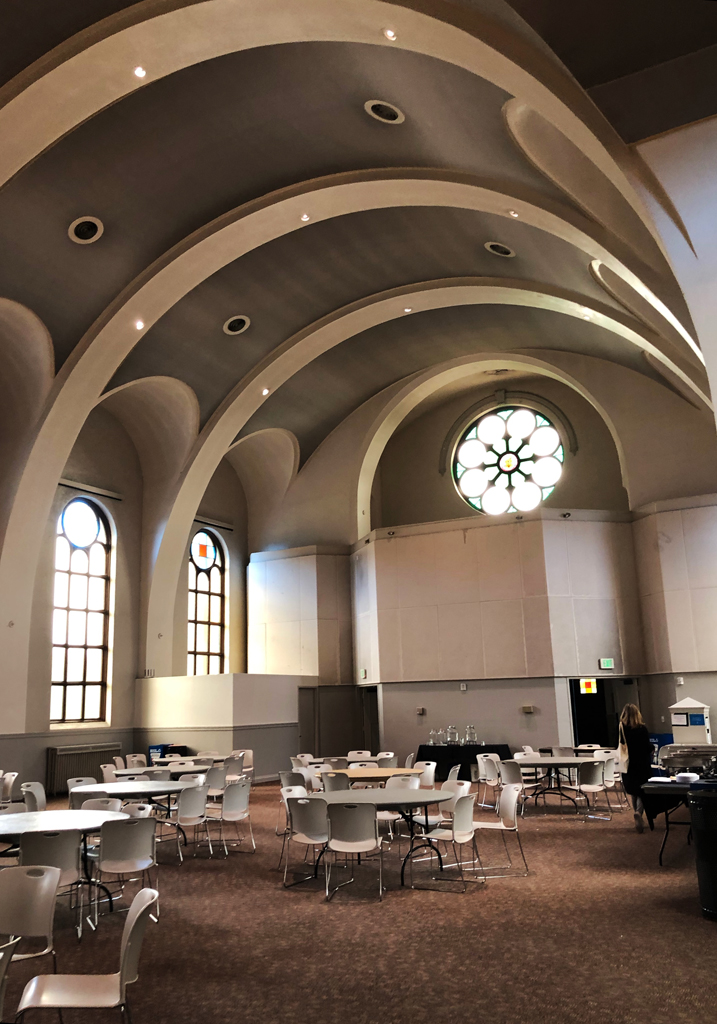 Here’s a shot from the front-door end toward the altar area. You can see it’s actually a stage: 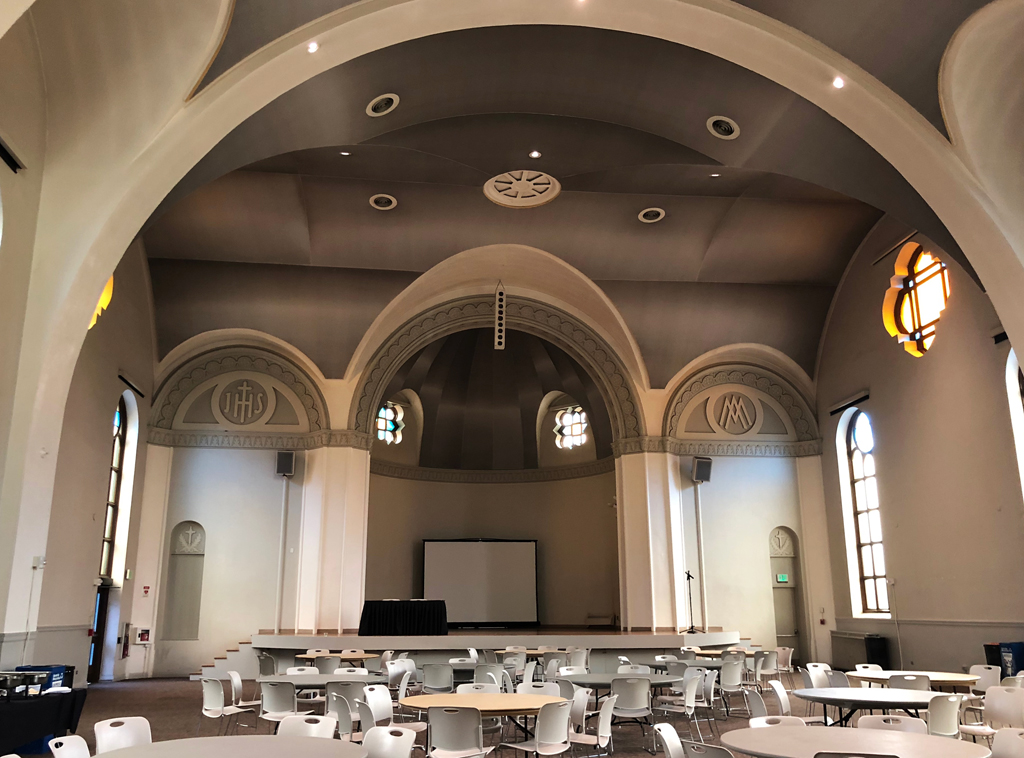 It’s a stage because this church hasn’t been used as a church since 1973. Instead, it’s named the St. Cajetan Center, and it’s used for concerts, meetings, recitals and, apparently, buffets for the colleges.

Due to the reconstruction of Auraria after a major flood in 1965, the Catholic parish located to a different part of the city in 1973. However, someone had the presence of mind to get this building on the National Register of Historic Places and also on the Denver Landmark Preservation Commission list in 1970, so it was spared being demolished as they razed the neighborhood in a fit of urban renewal.

Here’s a shot of the doors from the inside: 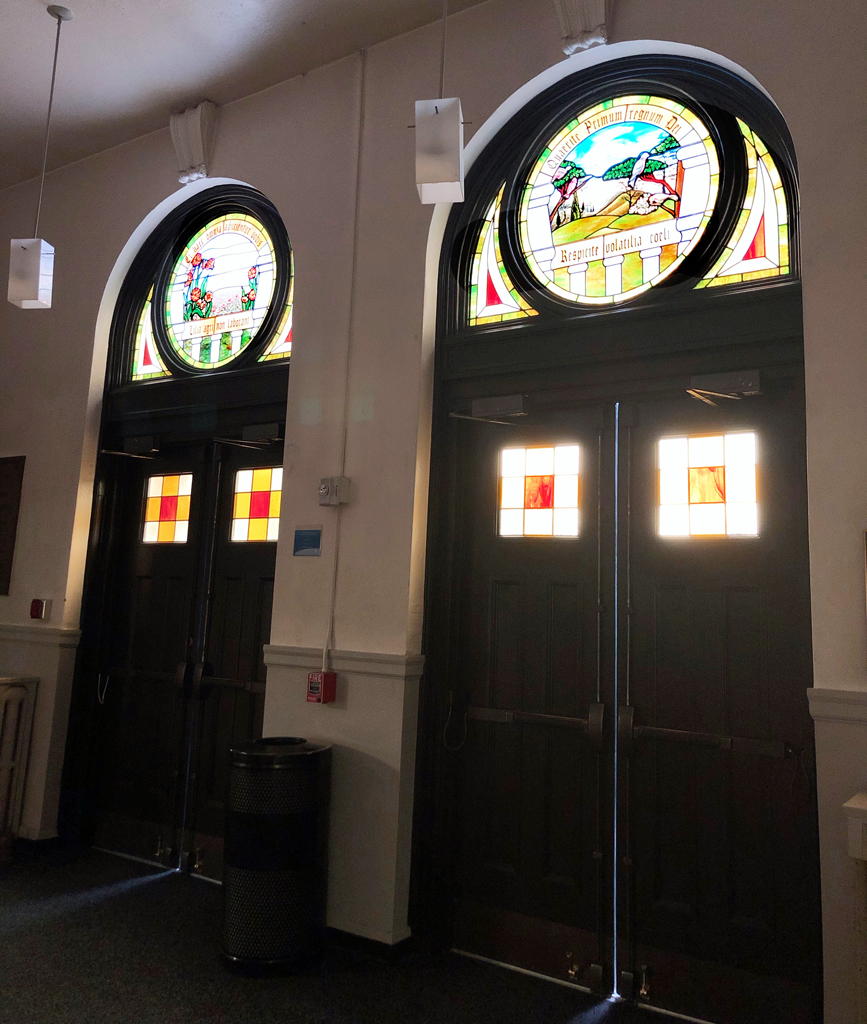 The building’s architecture is Spanish Colonial Revival and it originally seated 700. You can find more interesting facts about its history on its website.

Eventually we were on our way to the next week’s post (another church on the campus). No one ever showed up here, however, despite the buffet sitting there. But I think the diners had gone; some of the food looked like people had been serving themselves.

Anyway, it’s a free site and very interesting to see how the historical building fits into Denver’s history. 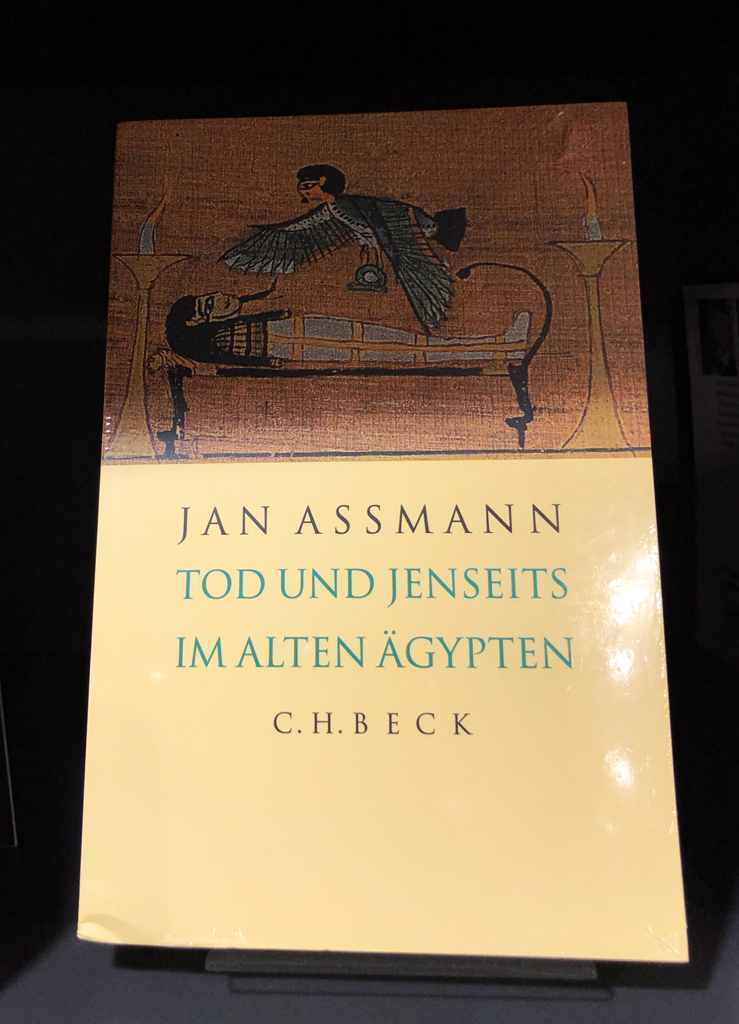