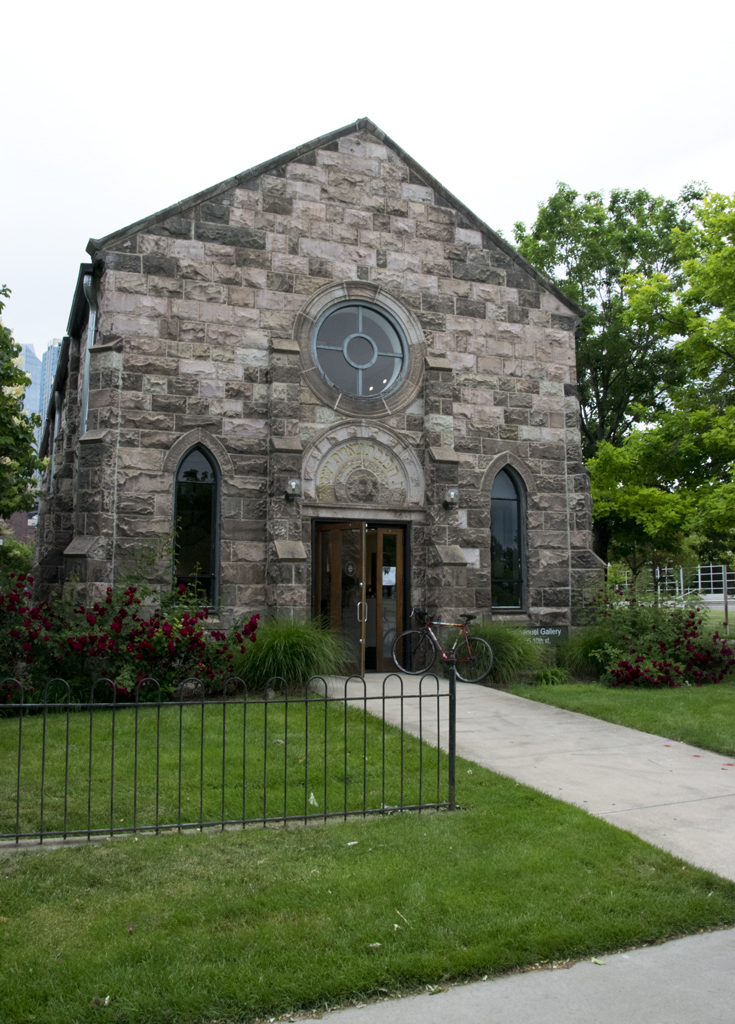 After starting out in Larimer Square in Denver last summer, a friend and I trekked over the bridge and into the Auraria area, which is now a shared college campus. If you’ve been following the last several new posts, this is not news. And, in addition to the foregoing, I also told you we visited the historic Tivoli Brewery, as well as St. Cajetan Church and St. Elizabeth of Hungary Church.

Also present on our route was this wonderful little building:

This is Emmanuel Art Gallery, a non-profit joint. It’s an art gallery, sure, but it wasn’t always. From its birth in 1876, it was designated an Episcopalian chapel.

It’s small, only 24 by 66 feet, a combination of Gothic and Romanesque architecture. It has changed very little since it was built, though it has belonged to multiple parties through the years. But it did have stained-glass rose windows in front and back originally.

There was some sort of event going on that day, so I couldn’t get interior shots. Maybe next time.

In 1903 it was bought by some Jewish guys and remade into a synagogue. It was the the Hebrew lettering over the door and the Star of David on the roof that gave me that impression during my visit: 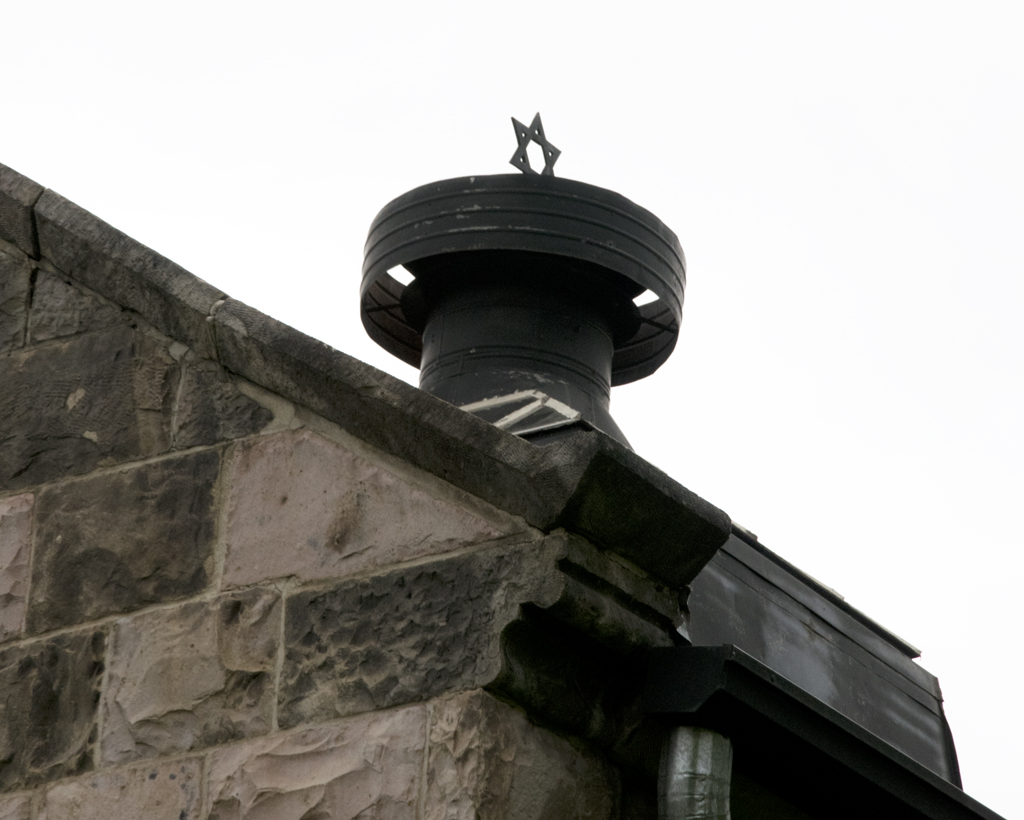 The Jewish congregation remodeled it slightly, rounding the corners of the ceiling and adding a balcony inside.

Over the years the Jewish community gradually moved to other neighborhoods. TIL that ten men are required for Saturday and holiday Jewish services. There were less than ten eventually, so the building was sold in 1958 to one Wolfgang Pogzeba–best artist’s name ever!–and he used it as an art studio til 1973. The sale price was $10,000, which would be about $88,500 today. Pogzeba had the place rewired and re-plumbed, and he replaced the wooden doors with bronze ones. Otherwise, he kept it as was.

Pogzeba was an interesting artist, too. He was from Munich and his father was an art restorer. The family came to the USA in 1948 and Denver in 1950. He was in the US Air Force for a stint, studied engineering at the Colorado School of Mines, then art and architecture at the University of Colorado. He has a BA in Fine Arts and an MA in Education. He also went to the University of Mexico, the Kunstakademie (Art Academy) in Munich and the Ecole des Beaux Arts in Paris. He painted, sculpted, photographed and made prints. His subject was most often the Old West. He died about age 45 in a plane crash near Taos, NM. His wife, Wen-An Sun, was a national champion figure skater, who also died in the crash, along with their son, Jason. They’re buried in Santa Fe.

But back to Emmanuel: If you’ve been paying attention (see the links in the first paragraph), you’ll remember that there was a huge flood in 1965 that pretty much destroyed Auraria. Urban renewal came along just after that, and many historical buildings were razed. Only those that had crusaders working to get them on the National Register of Historic Places and Denver’s Landmark Preservation Commission list were spared. And so it was with Emmanuel. In fact, it was the first one on Denver’s list, and it’s now the oldest standing church structure in the city. 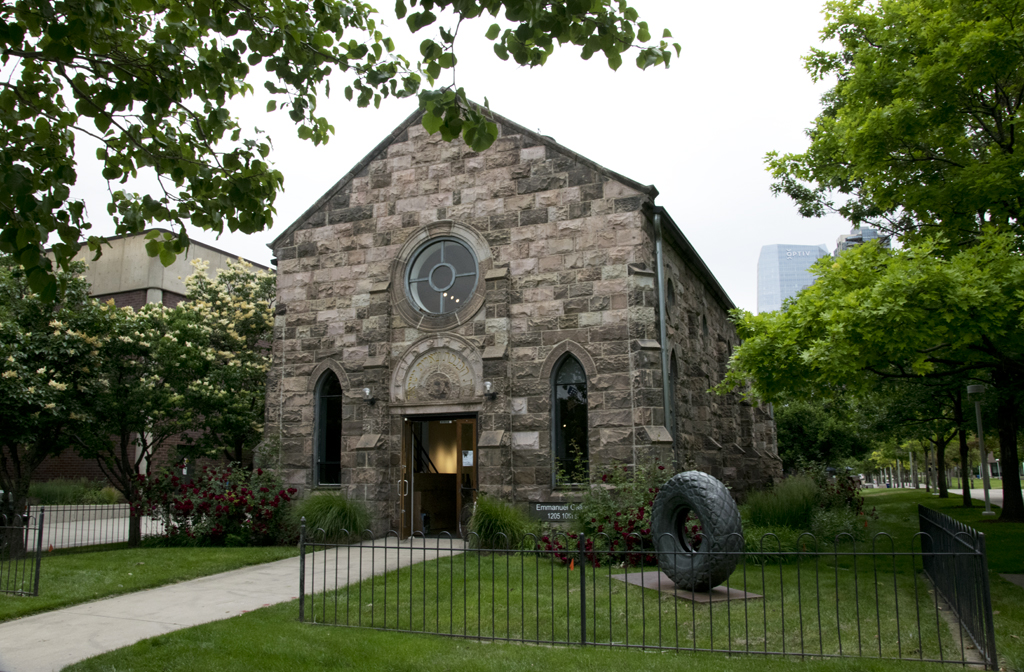 In 1973 it became part of the shared campus. It’s an exhibit space for Colorado and global artists, as well as a venue for educational events. In fact, it won the Denver Mayor’s Award for Excellence in the Arts and Culture. Exhibits are always free and open to the public. Out of all the buildings I saw that day, this was among my favorites, after Tivoli, that is. 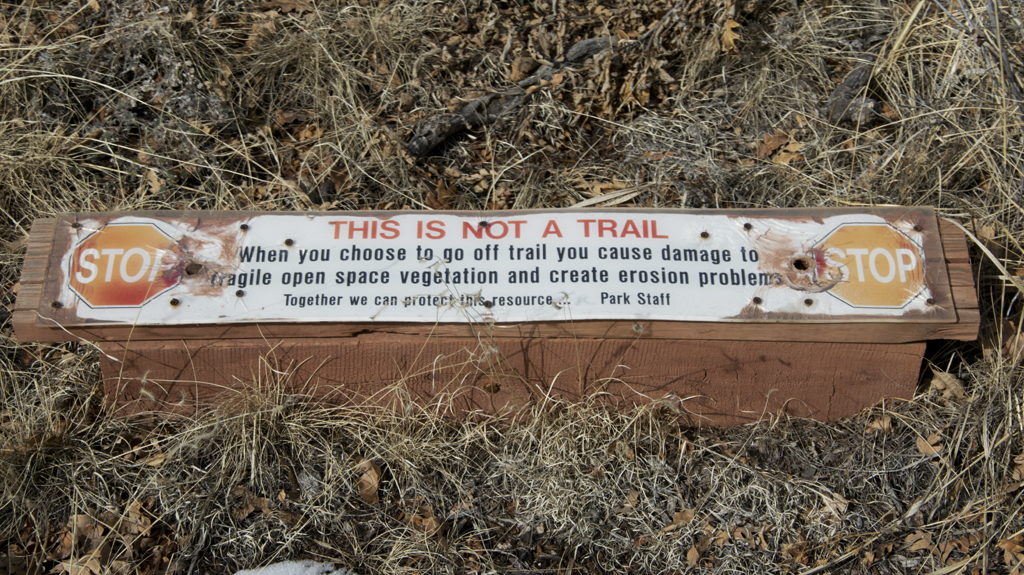