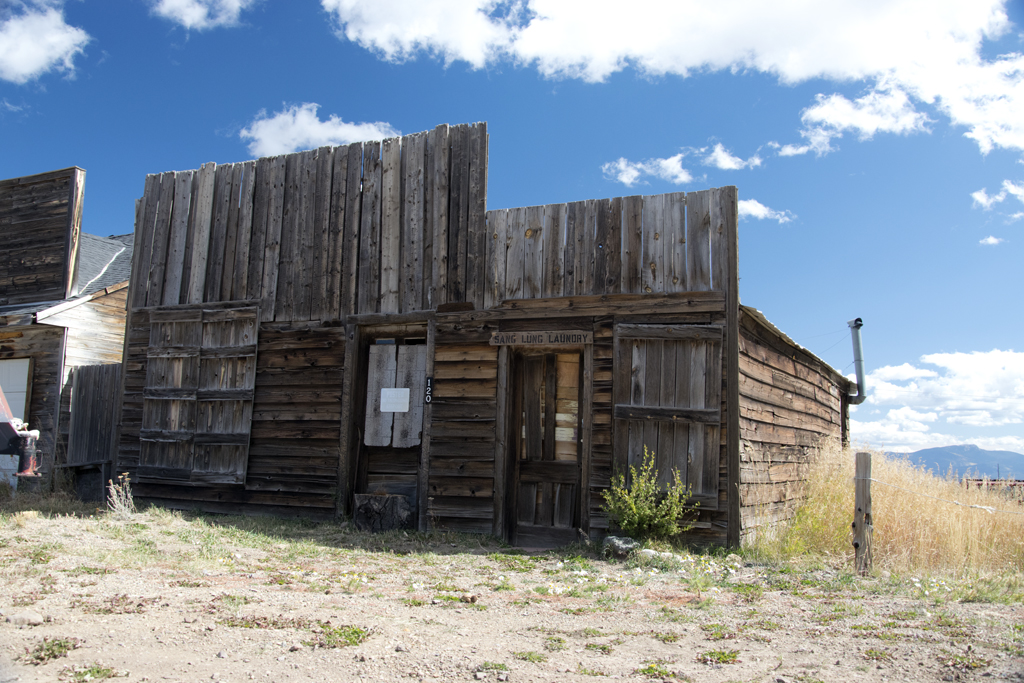 Last week I wrote about my autumn trip over the Boreas Pass Road in Colorado to see the aspens. The road itself follows the railroad bed of the defunct Denver South Park and Pacific Railroad line. My husband and I began our trip over the pass at a very small town called Como, Colorado. Como is part ghost town, but plenty of people live there today, approximately 436 of them.

Here’s a shot of just entering the town. See those golden aspens? That’s why we were there. 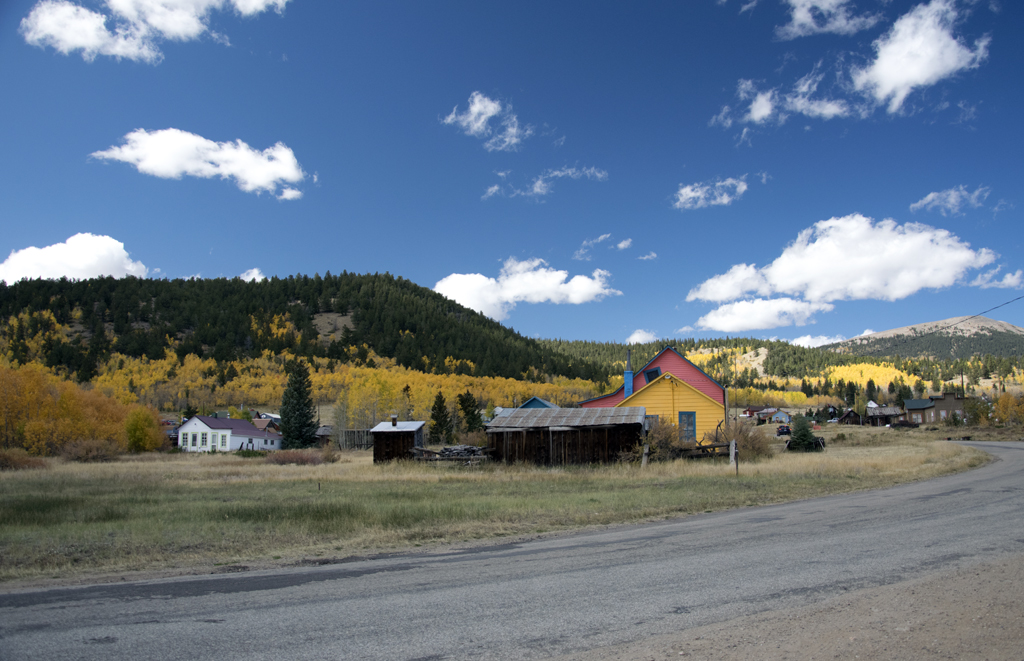 That’s the live part of Como. Just to the right of that picture is the ghost town part. It has buildings like this: 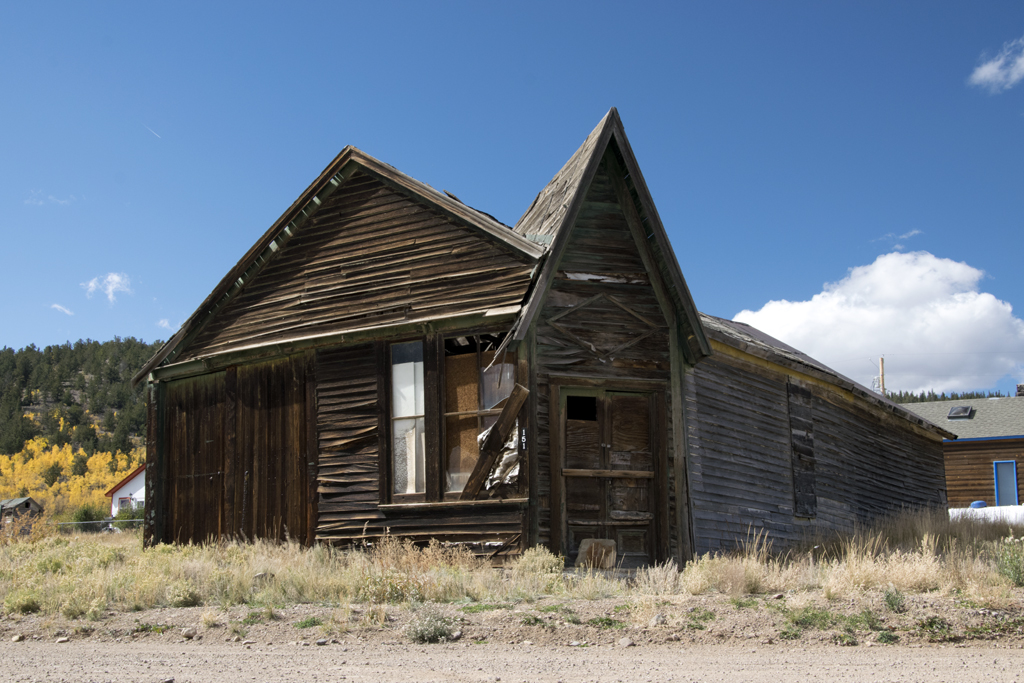 The building below was the I.O.O.F Lodge, meeting place for the Independent Order of Odd Fellows. (I.O.O.F. is defined on their website as a “non-political and non-sectarian co-ed international fraternal order”. I’ve seen a few of these lodges around here, and not abandoned ones, too. It’s a social and community service organization.) 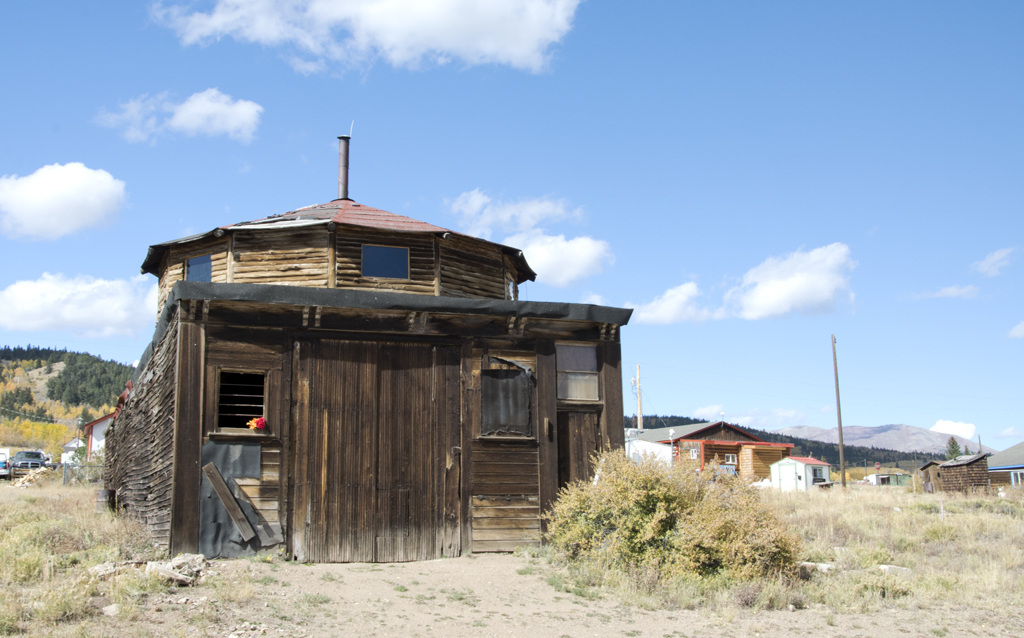 Como was named after Italy’s Lake Como. Lots of Italian migrants settled there to work on the railroads. I’m not sure what people do for a living in this town now. Commute?

Como’s pride and joy is the historic railroad roundhouse that was originally built in 1881. Here’s a picture of it–it’s the stone building behind the boxcars:

For those of you who don’t know, a roundhouse is the coolest structure in the railroad industry, not a Chuck Norris kick. Chuck’s kick is named after it. (Did you know that Chuck Norris once killed two stones with one bird?)

Unfortunately for me, the roundhouse was fenced off, so I couldn’t get closer to it. However, I encourage you to check out the website of the South Park Rail Society. They have lots of info and pictures of the roundhouse, both today and in the past, that I couldn’t get from my vantage point. Here’s more info: 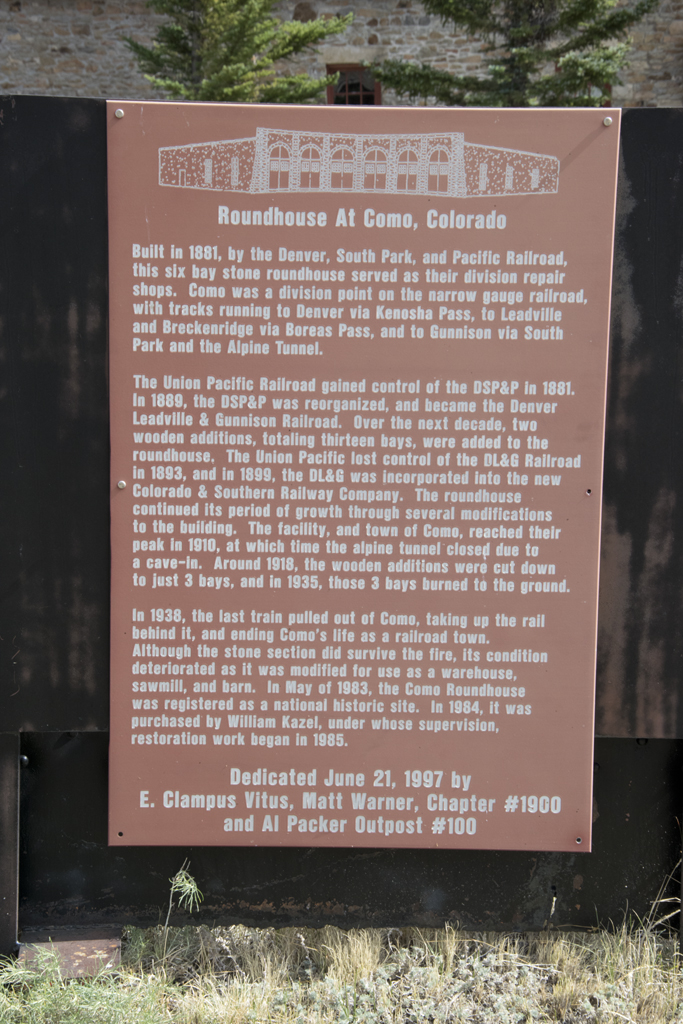 There’s even a big, two-story hotel there known locally as the Como Eating House, though it doesn’t provide restaurant services anymore. It looked so much like someone’s residence that I didn’t take any pictures of it. I try not to invade privacy with my lens. You can see some very good photos of it on 303Magazine’s website, though. And you can stay there!

Even though I couldn’t get better pix of the roundhouse, I got these stunning shots of the surroundings for you: 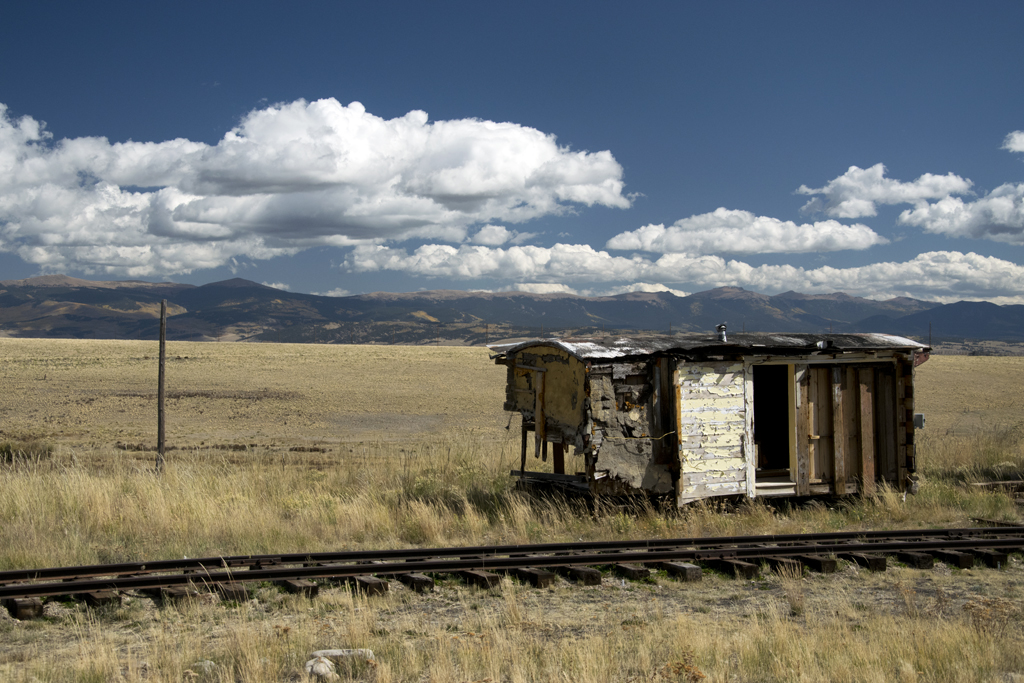 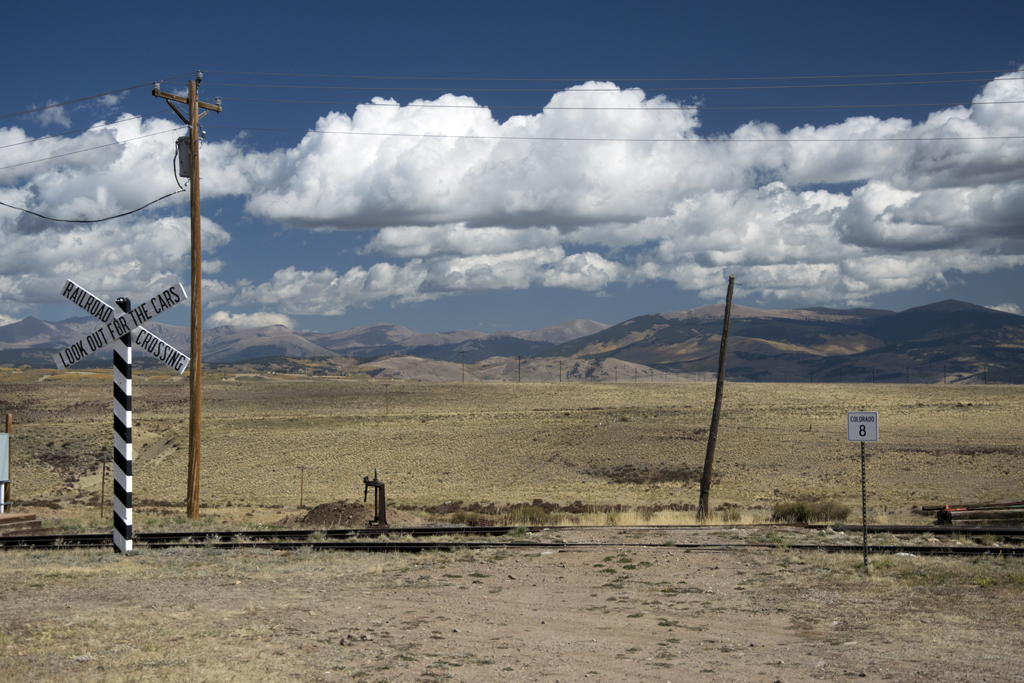 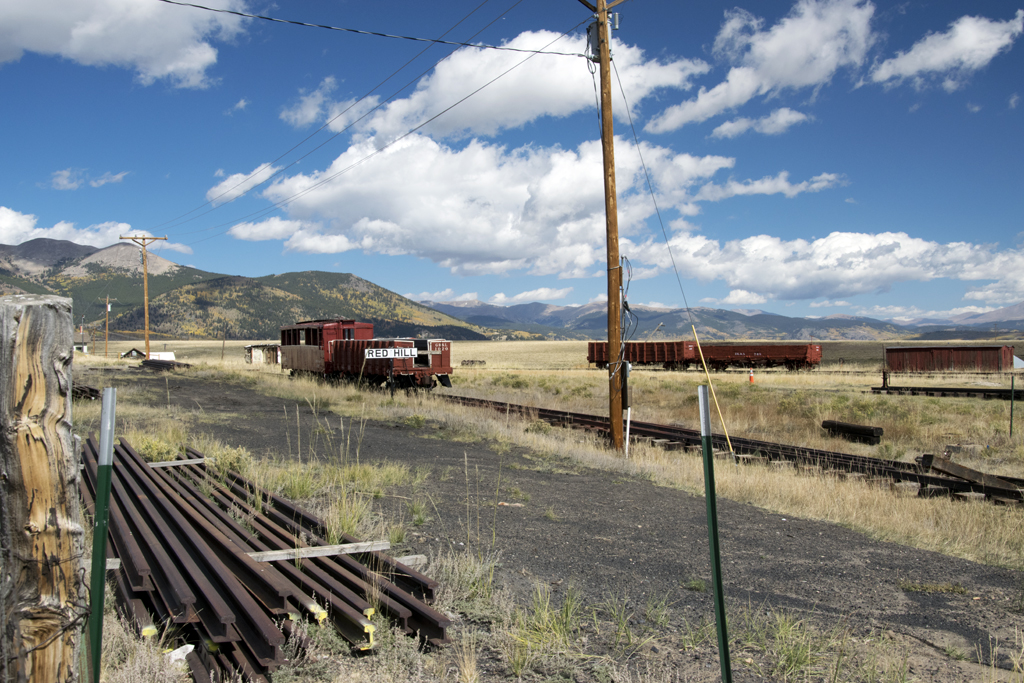 I was very surprised and happy that Como was such a goldmine of history and good photo opps. It’s free to see, of course, and they have a Railroad Day in August every year wherein they crank up the ol’ steam locomotive, Klondike Kate. If I see her next August, you’ll see her, too! 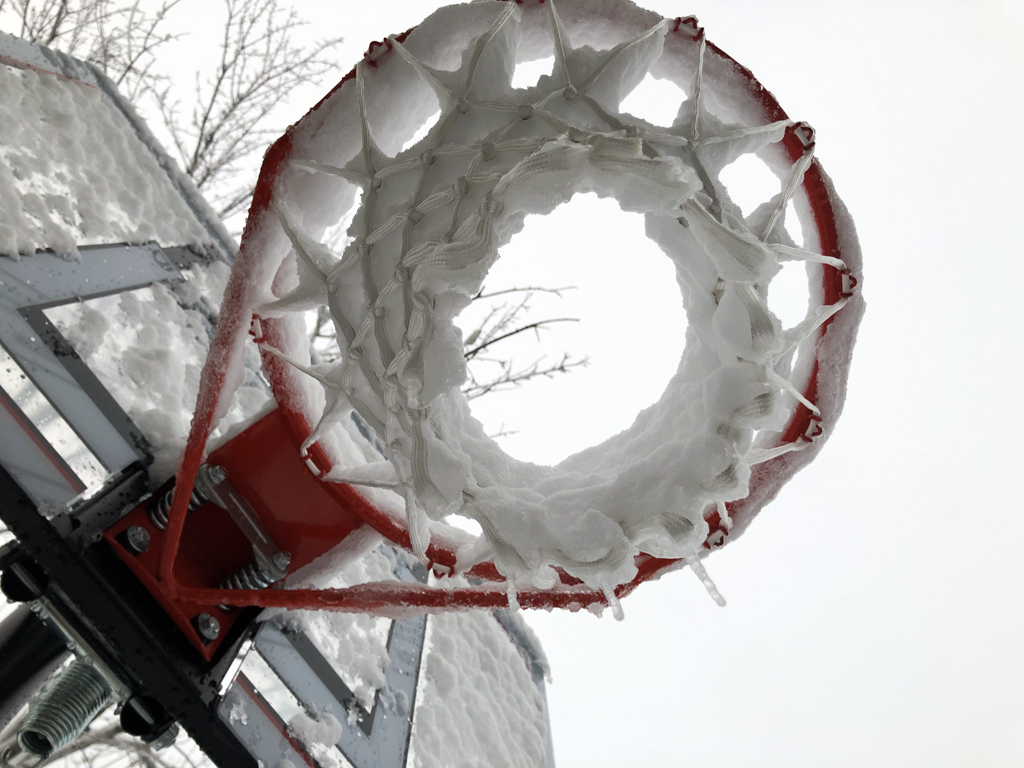