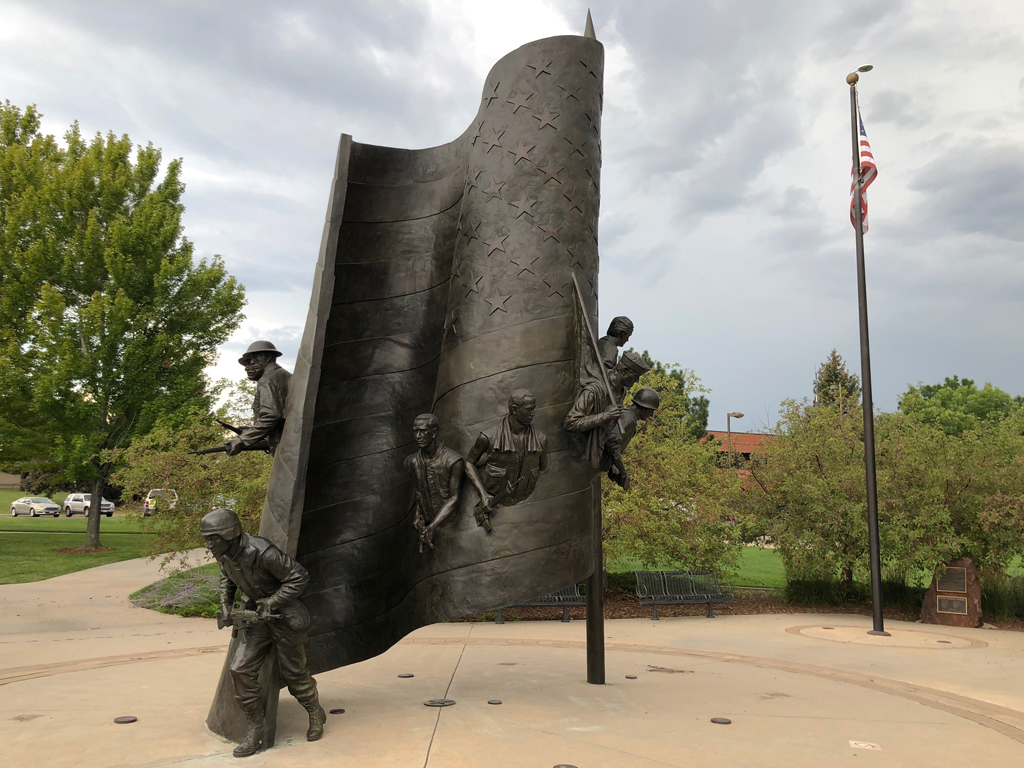 There’s a huge sculpture in Northglenn, Colorado, a northern suburb of Denver. It’s the Veterans Memorial: 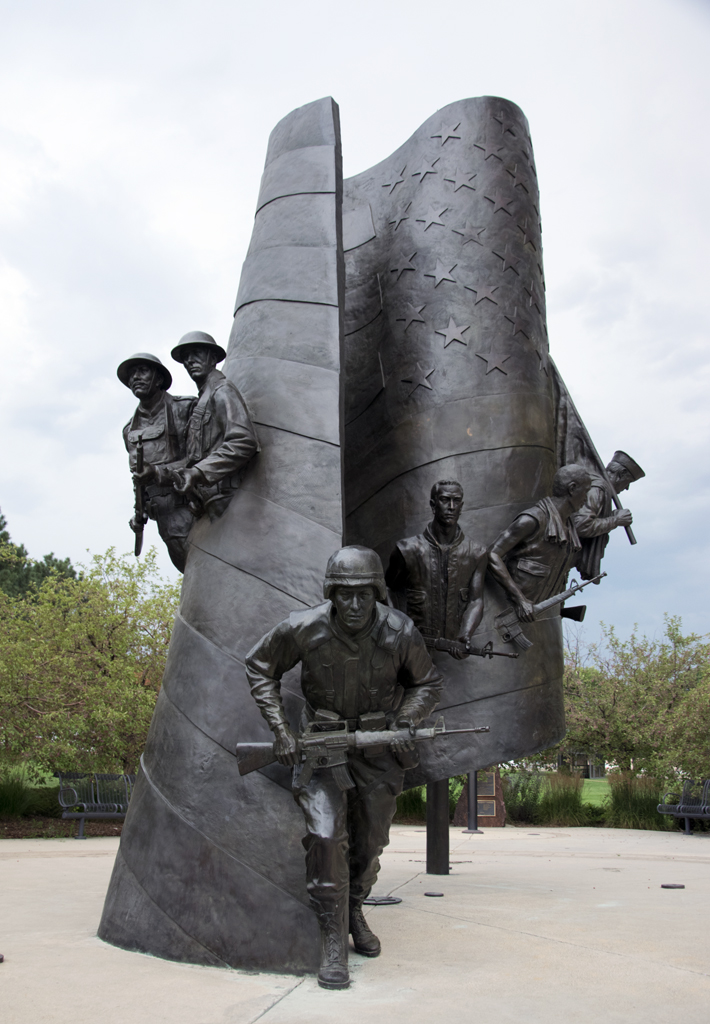 Ten soldiers sprout from a giant bronze flag. The whole thing stands 23 feet high. Each of the soldiers is wearing a uniform and gear from a different war or conflict the USA was involved in. 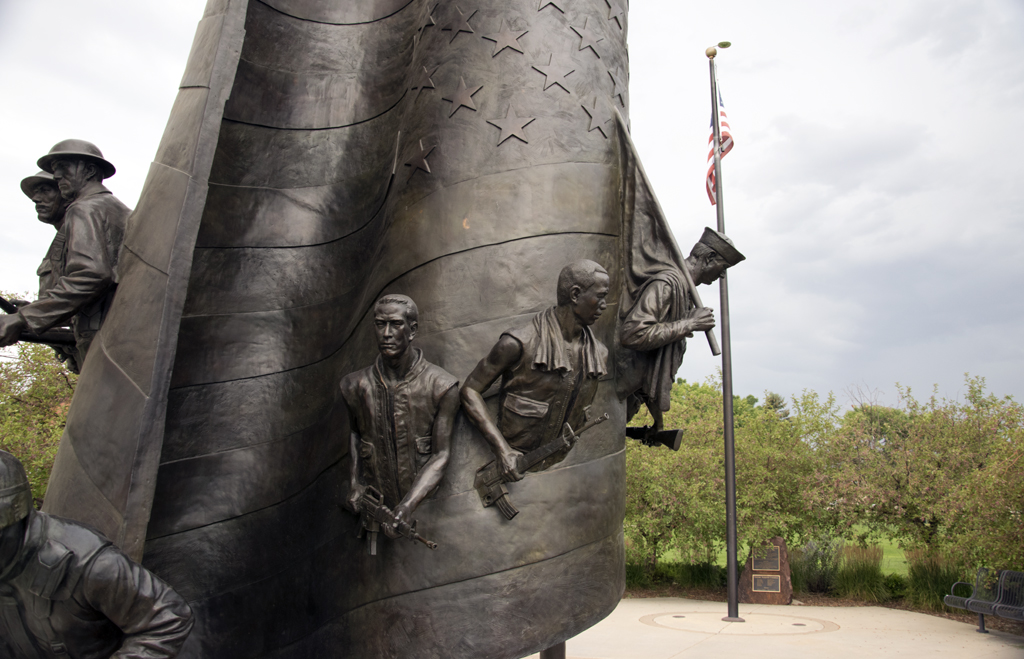 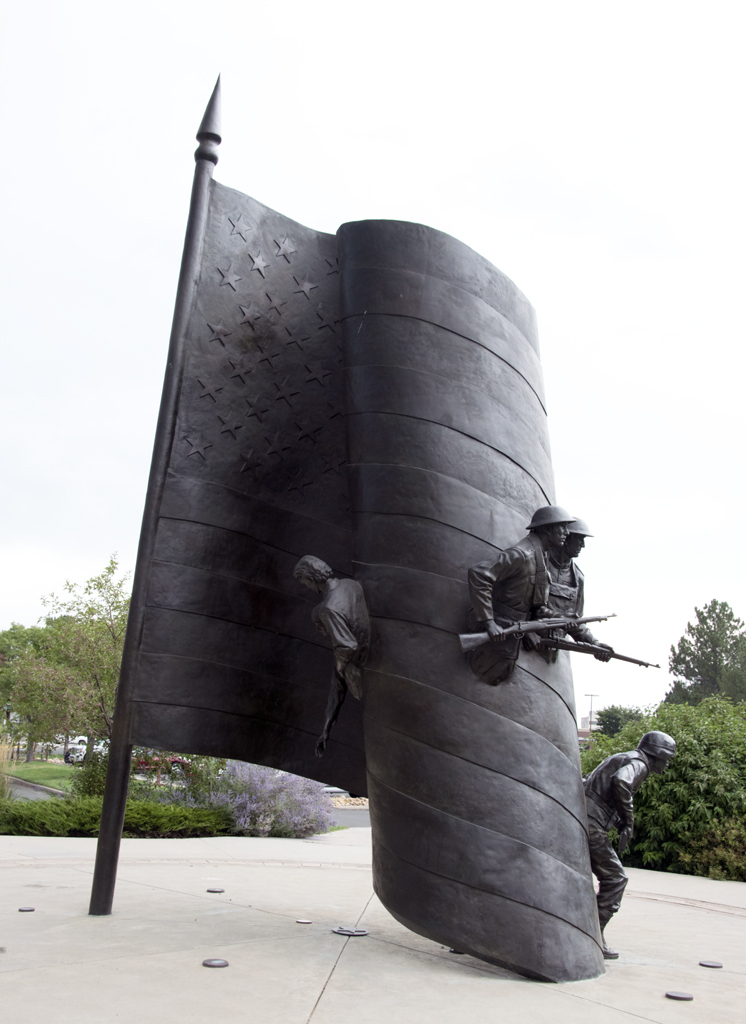 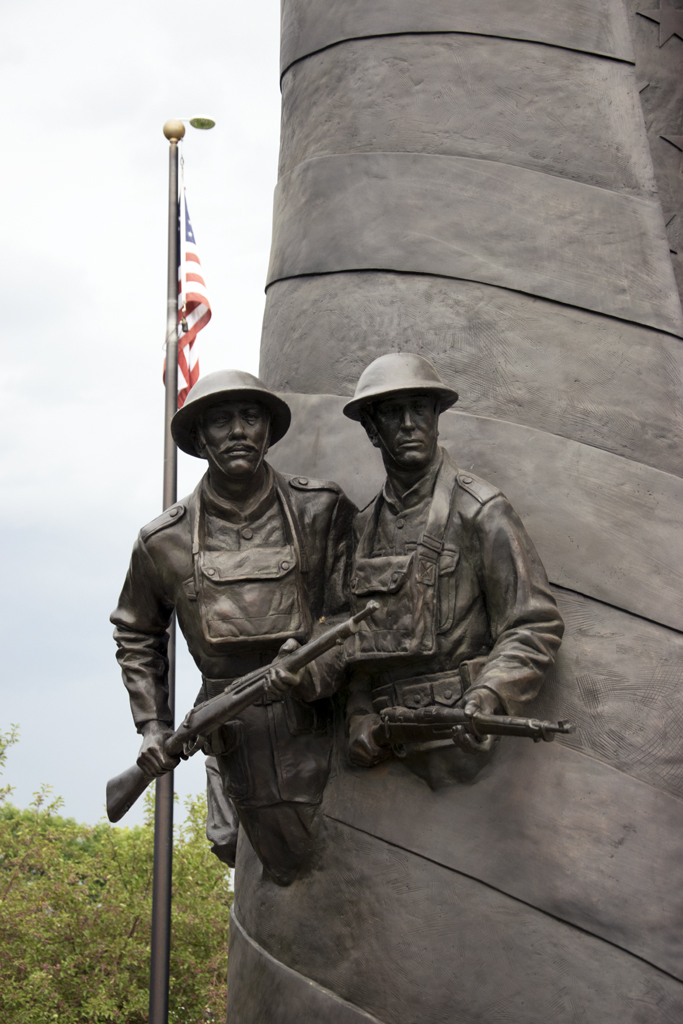 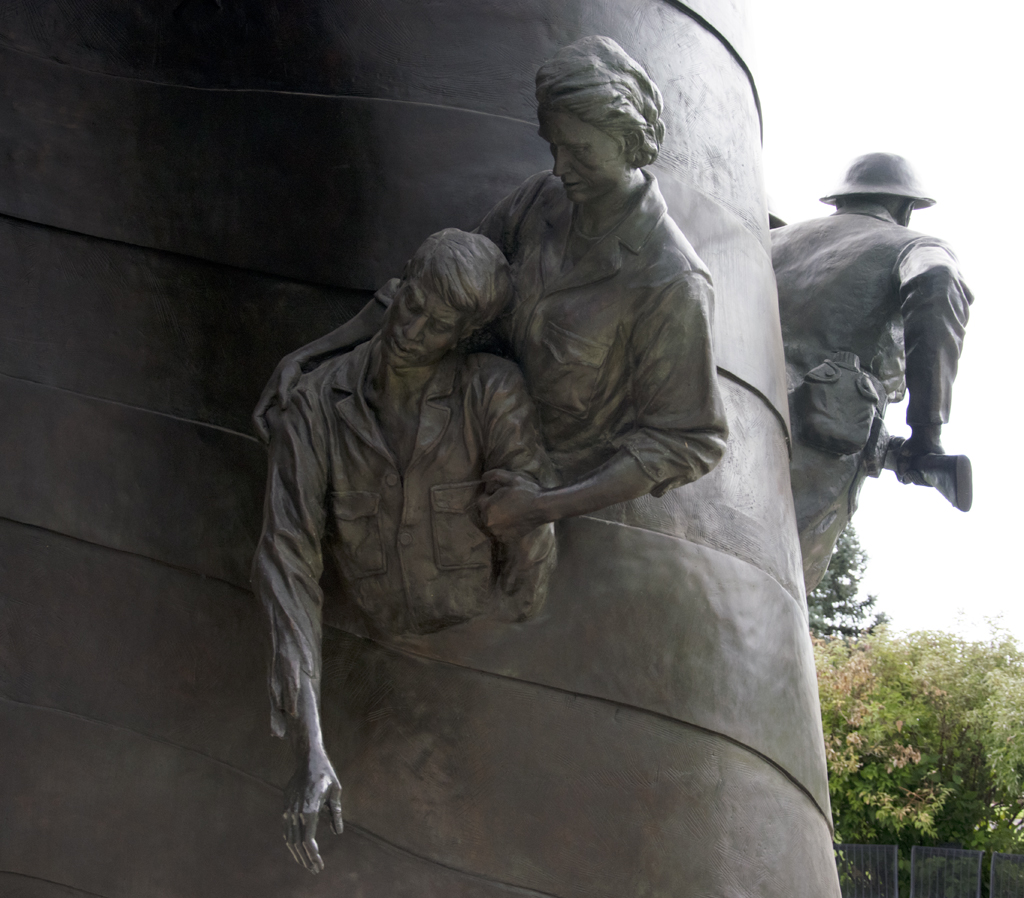 It was dedicated on Veterans Day 2003, and it was the largest replica of the American flag in the nation at the time. All military branches were present for the dedication. The sculptor was Hai-Ying Wu, who participated in the Tiananmen Square protest of 1989. He’s now a US citizen and was hired by the Northglenn American Legion Post 2 and City of Northglenn for this commission.

Lots of people contributed to this memorial: 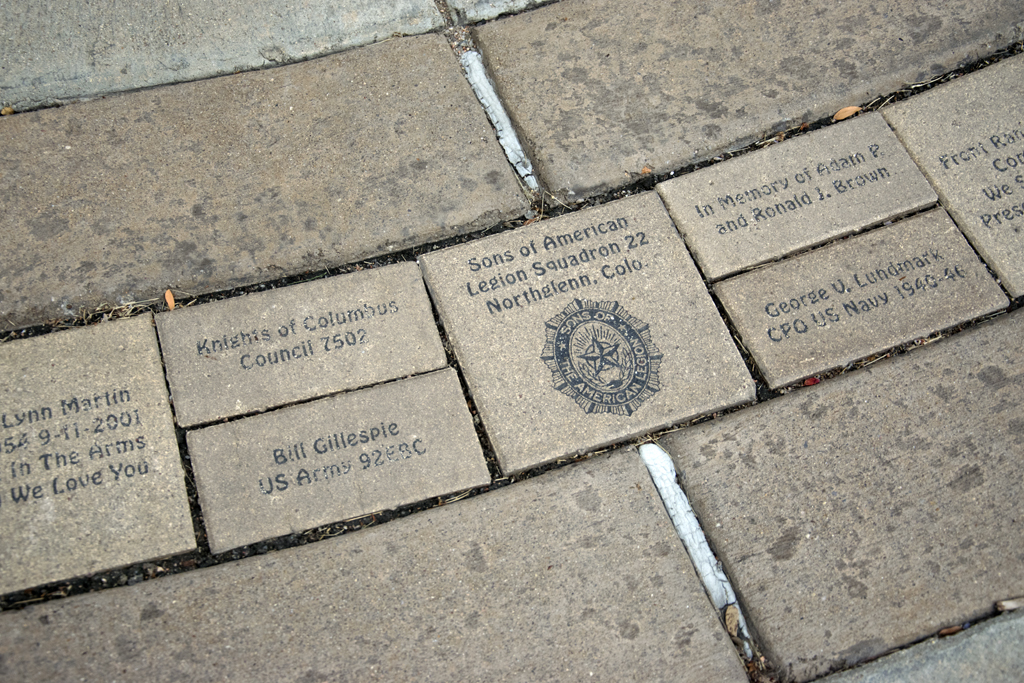 The detail is incredible: 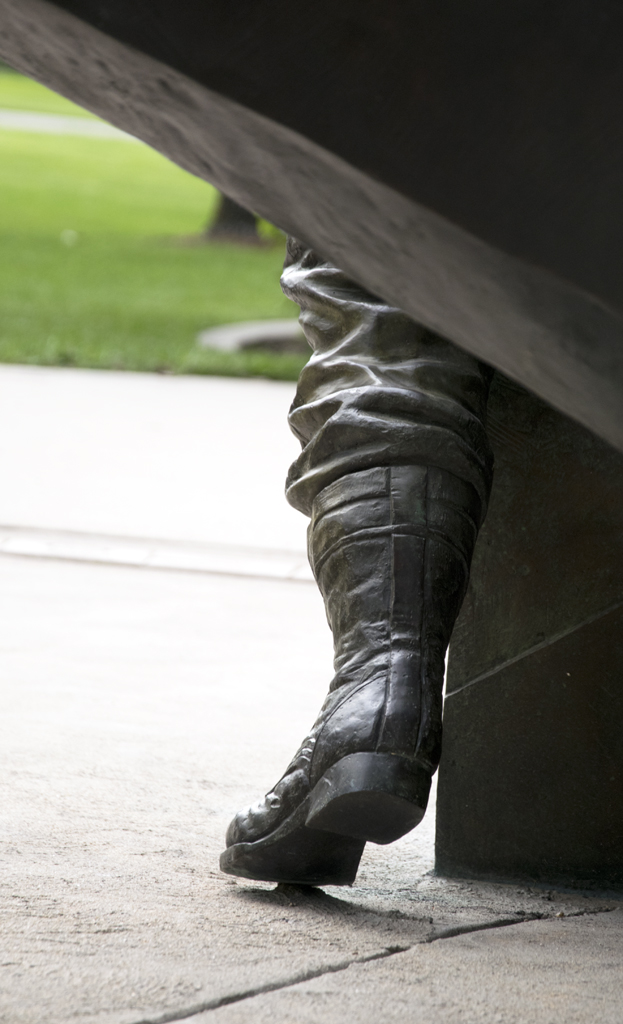 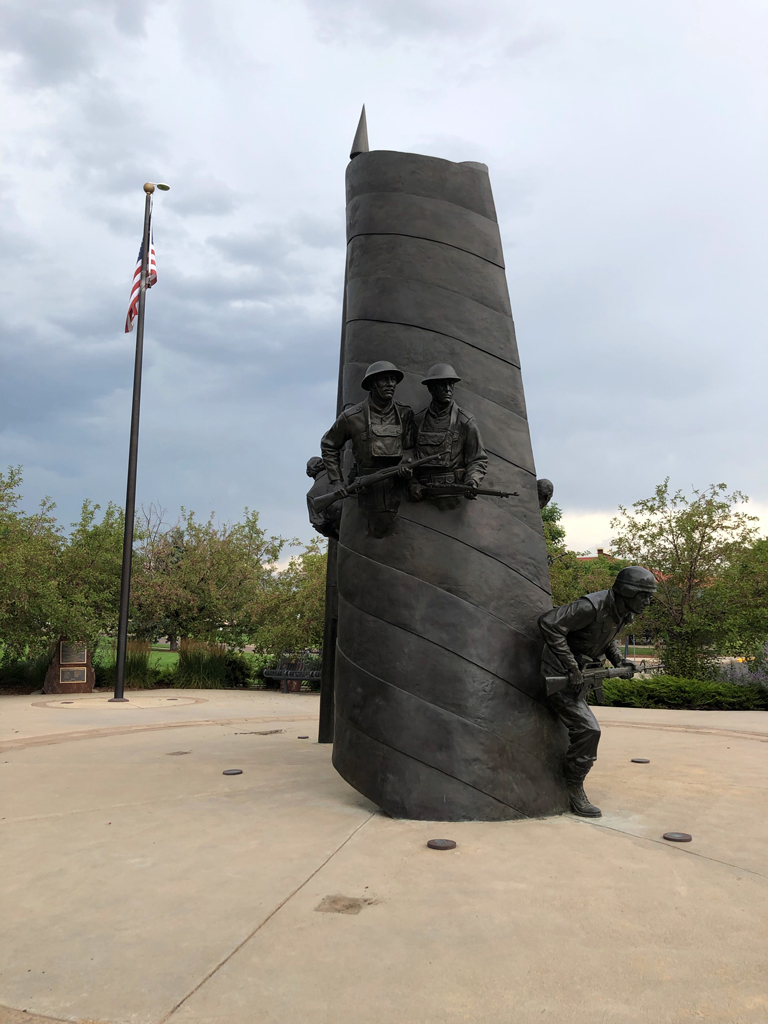 It’s quite dramatic and impressive. I always get choked up a little at veterans memorials. Here’s a soldier looking out for my dog: 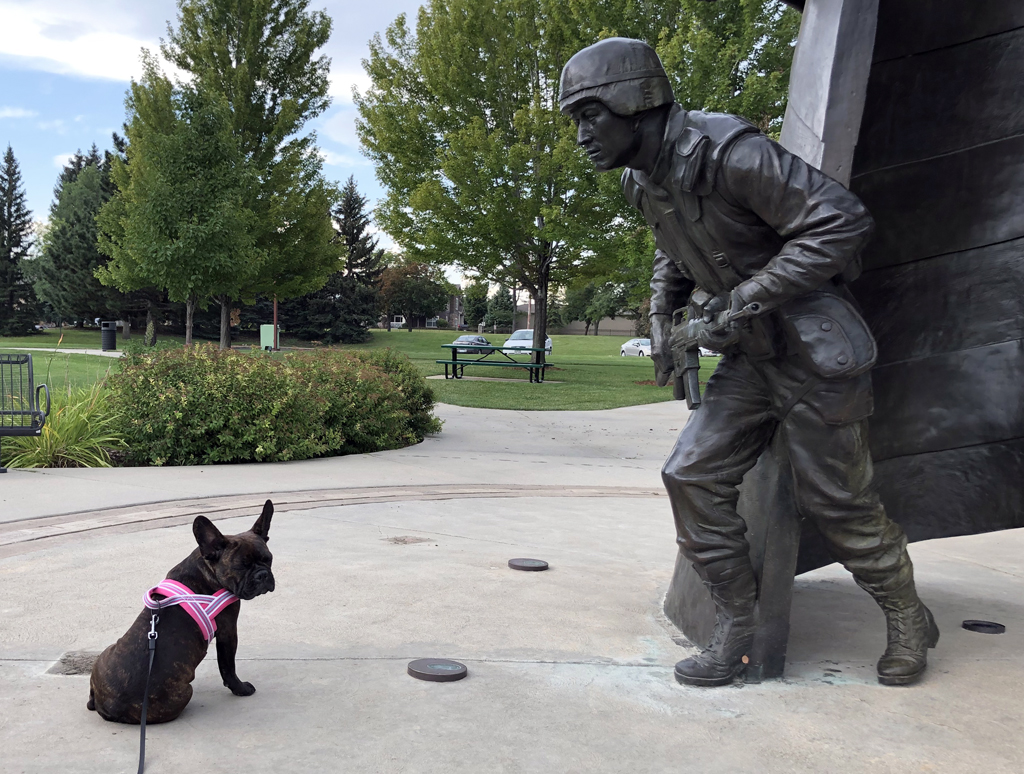 Of course, the memorial is free and open 24/7 year round. It’s located in a park adjacent to Northglenn’s 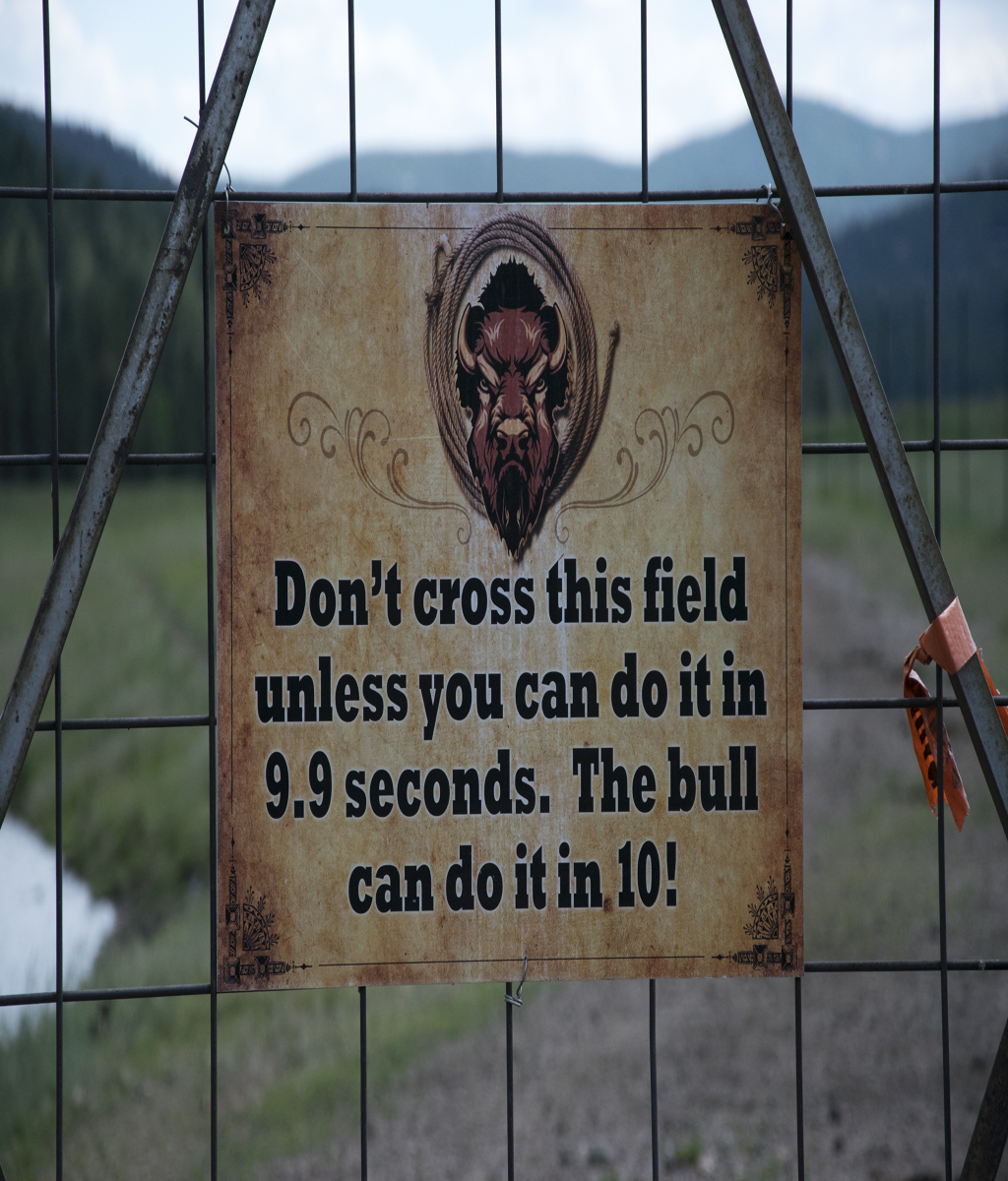