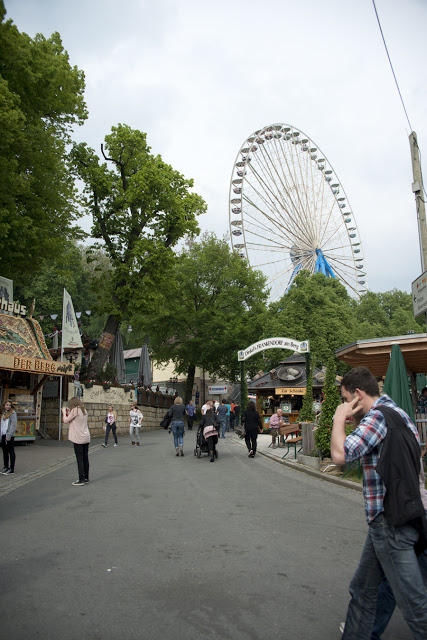 Seven words: Buy all my books on Amazon now!

Biggest news: My husband finally got his transfer and is now here enjoying a vacation with me before he starts his new position in Munich next month! Obviously, I have been busy going here and there, wining and dining him and enjoying many outings with friends who are happy to see him. He brought me countless gifts, among them this new iMac I am now processing my photos and writing on! (FYI, it’s still going strong here in 2020!)

Every couple of days there is a new, interesting adventure, but I’m going to start with the latest first. This past Friday we went to a very big beer fest in the nearby town of Erlangen with our friends Carmela and Ivan. We hopped a train, and the first indication of the party spirit greeted us immediately: 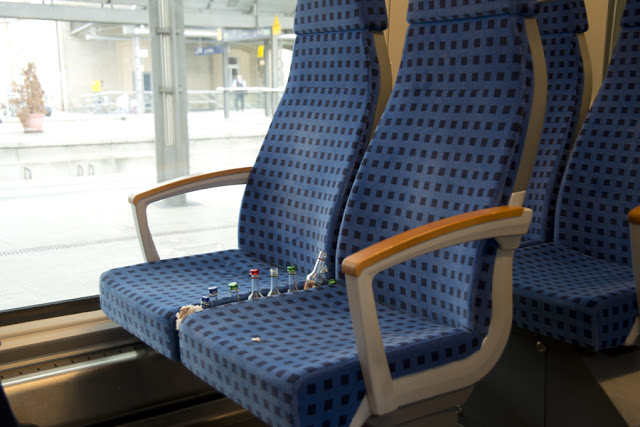 Erlangen is about 30 minutes away from Bamberg, so we arrived soon. As we walked the 15 minutes or so from the train station to the fest, there was the requisite group of young people in Lederhosen and Dirndl singing drunkenly at the top of their lungs and mugging for my camera: 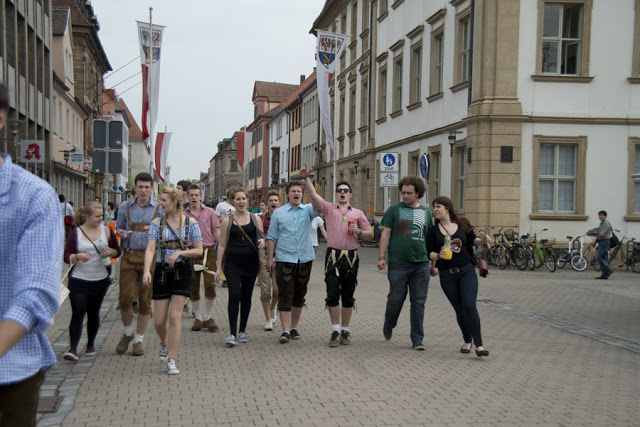 This fest had the biggest Ferris wheel I’ve ever seen. You can see it for miles from the train and from the autobahn as you pass Erlangen:

The name of this fest, Bergkirchweih, means mountain festival. It is nestled in the forested hills outside of town. It’s a great environment but misleading from the outside, as it looks as if the fest isn’t that large. Notice I said “misleading”. Here are a few shots as we walked in: 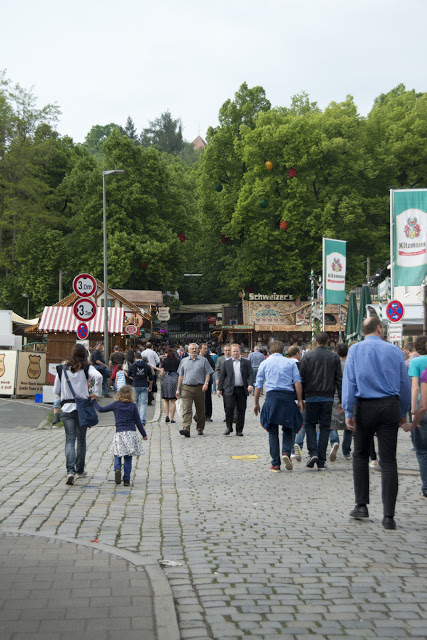 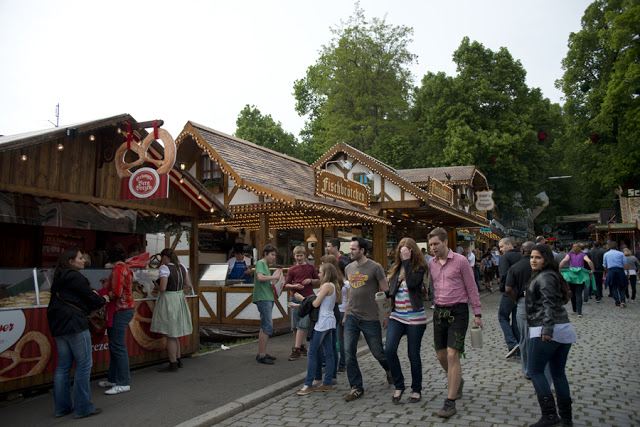 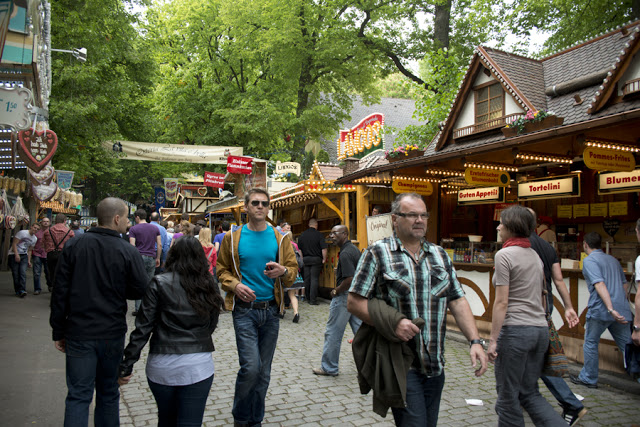 This is a shot from the vantage point of about halfway up the hill looking down. Each of a dozen or so breweries has their own beer garden area in the fest. We barely found a table and it was only about 5:30 pm. 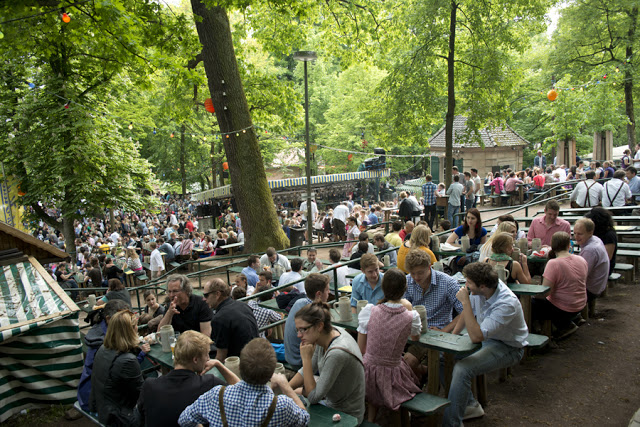 But we did find one farther down the hill at a section called Hübners Keller. Here’s Carmela with a pretzel bigger than her own head! 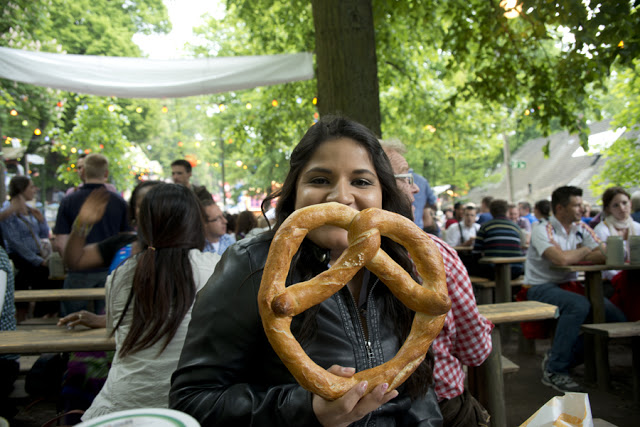 Carmela and Ivan with their German food: 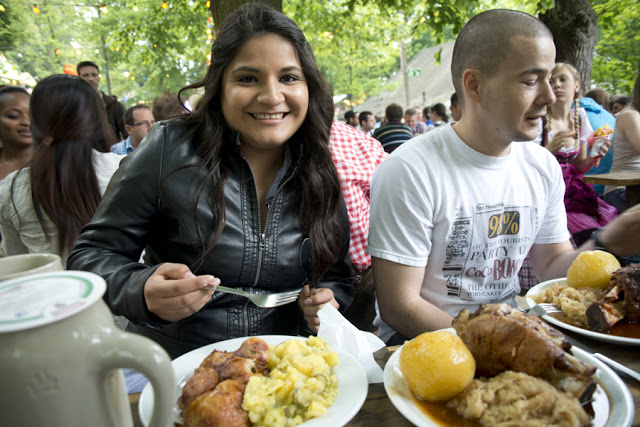 I didn’t take many more still shots that day, but here’s one. As the Germans would say, “Prost!”

Instead of still photos, I was practicing my video and trying to learn how my sweet camera wants to be instructed on the matter. I must say that a couple of liters of beer didn’t help me focus on the subject (forgive the pun), but I wanted to show you this one I posted on YouTube. Despite the camera shake and the out-of-focus portions, it gives you a sense of the enormity of this fest, the music and playfulness of the entertainment, and the hoards of people in attendance. Enjoy!

Today we’re off to Munich because Ivan wants to see the BMW Museum. We kindly offered to show him around. And we get to go there in his new BMW M3. You want to be us! 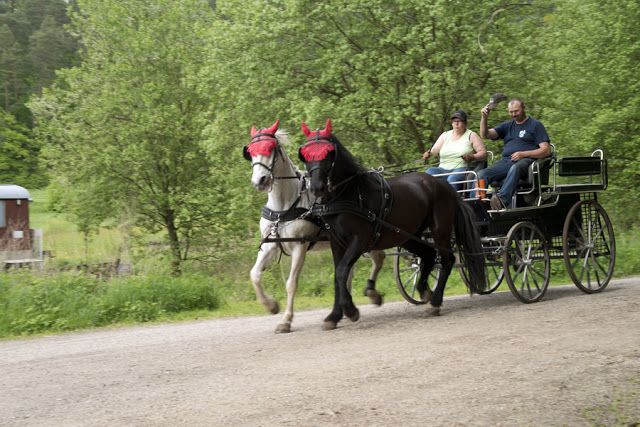