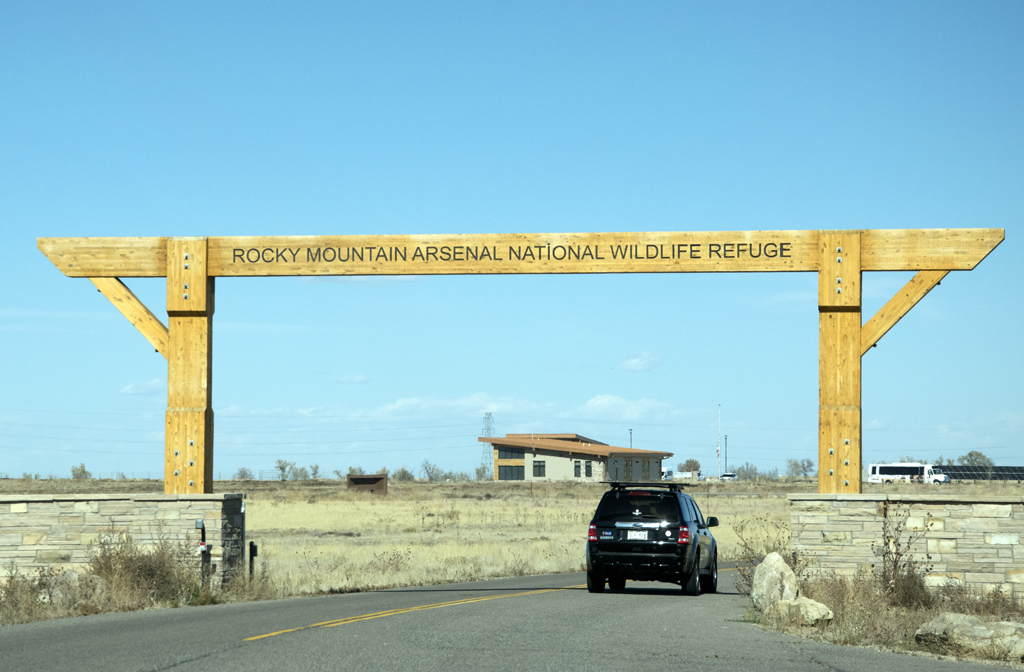 Have you visited Harmony Soapery and ordered yet? Remember if you do, my friend Gwen (soap maker extraordinaire) will give you a discount if you tell her I sent you. If you’ve ordered your soap already (or even if you haven’t), then click here to order one of my books. Or two. Or more! Thanks!

And note: I’ve added three photos to last week’s post, which shows my photo essay on the coronavirus pandemic situation, so check that out and see if you can spot the new ones!

This week I’m presenting photos of my trip through the Rocky Mountain Arsenal National Wildlife Refuge near Denver.

My husband and I did the free self-driving tour there last fall, with a stop at the visitor center at the end, also free. Here’s how you know you’re on the right track:

Follow the signs along the road and eventually you see this: 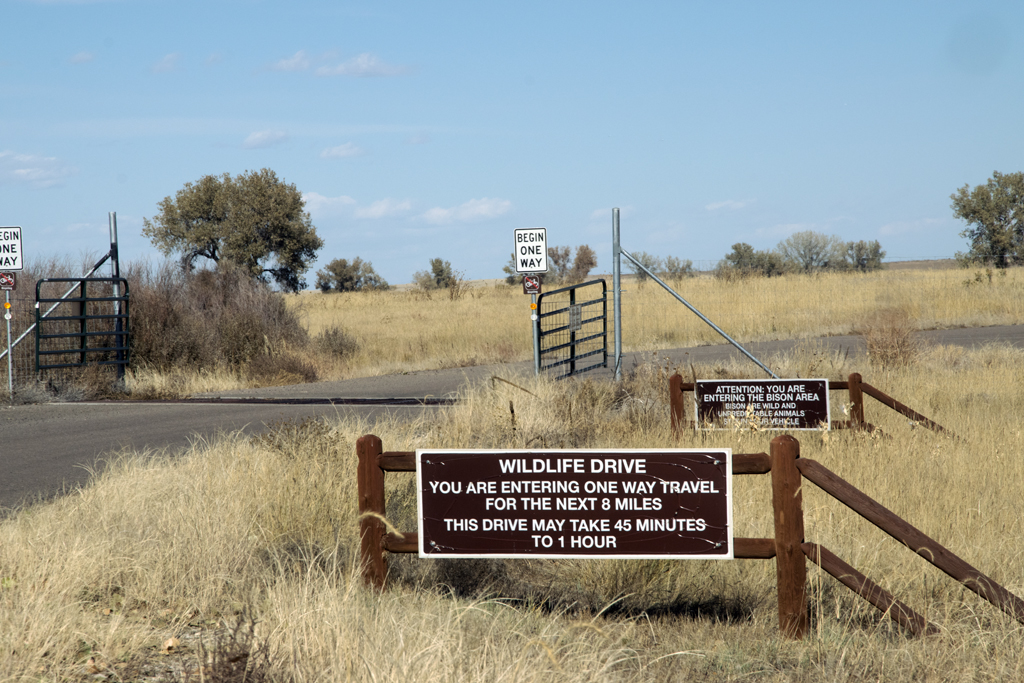 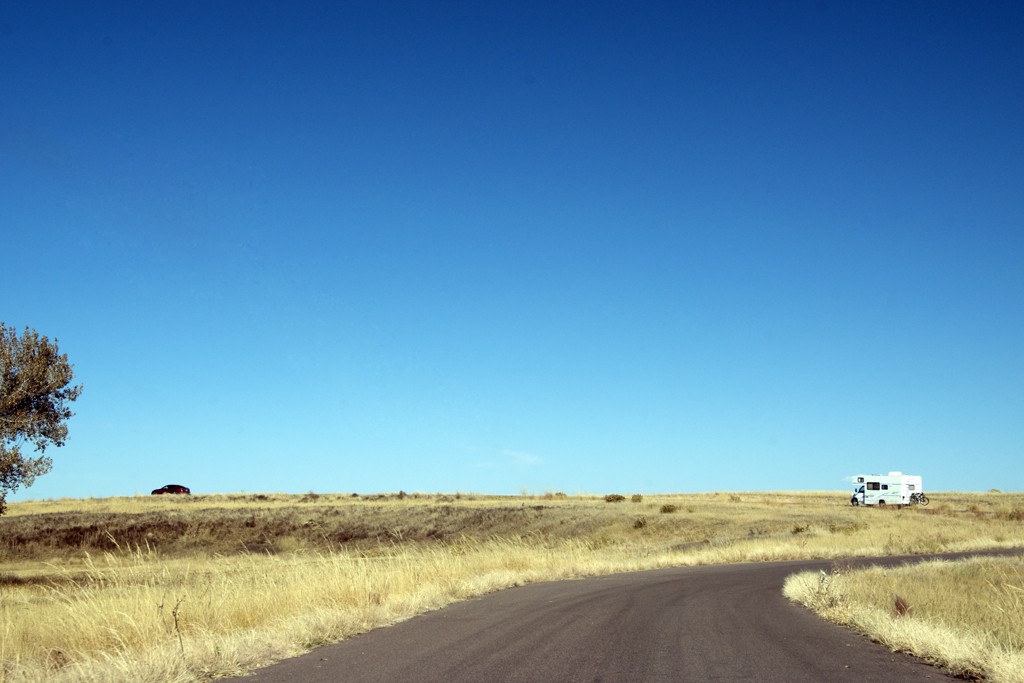 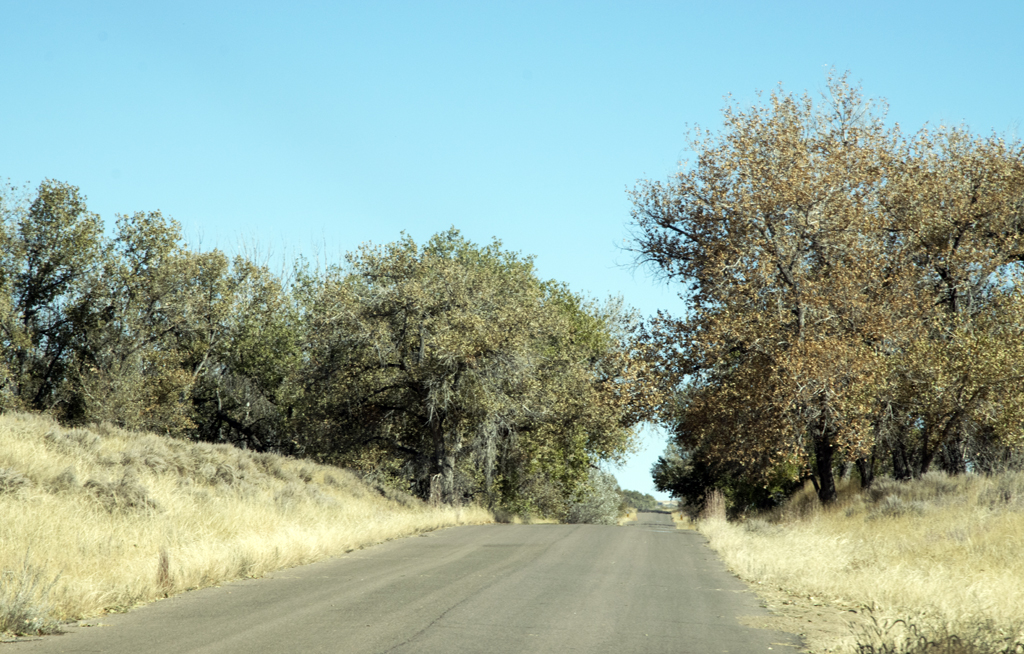 Much like the Rocky Flats National Munitions Plant, the area was formerly used as a weapons plant, only this time the weapons weren’t nuclear, they were chemical, as in mustard gas and so forth. Pearl Harbor prompted the US Army to use the area for weapons manufacture; that lasted through the Cold War. Then Shell Oil leased part of the land and produced agricultural chemicals for a while. All this activity resulted, as you may have guessed, in lots of air, soil and groundwater contamination.

More than 330 animal species live in the refuge now, including black-footed ferrets, coyotes, bald eagles and burrowing owls. However, during our drive, we didn’t see much wildlife in the beginning except for some mule deer: 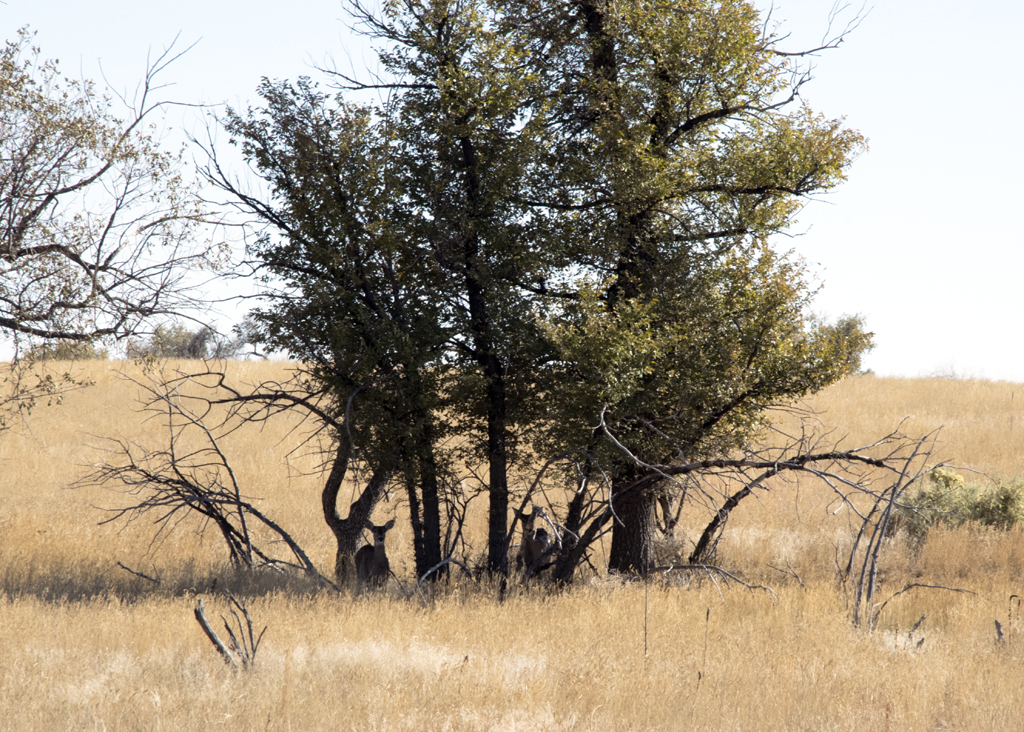 And a few prairie dogs: 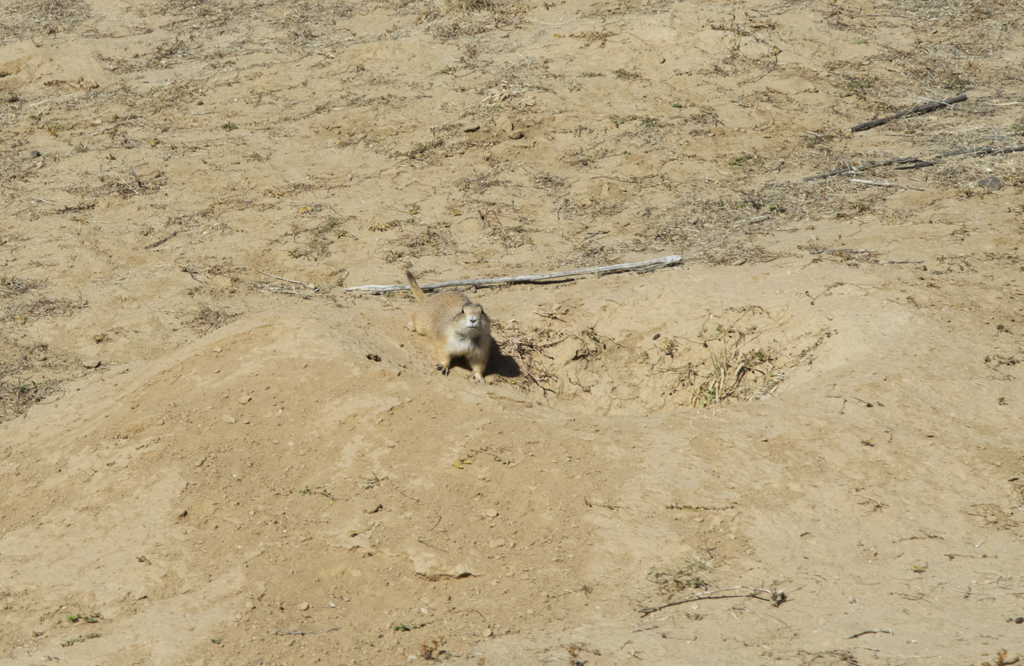 But there were some of the most beautiful, sweeping views I’ve ever seen near Denver from the tour road: 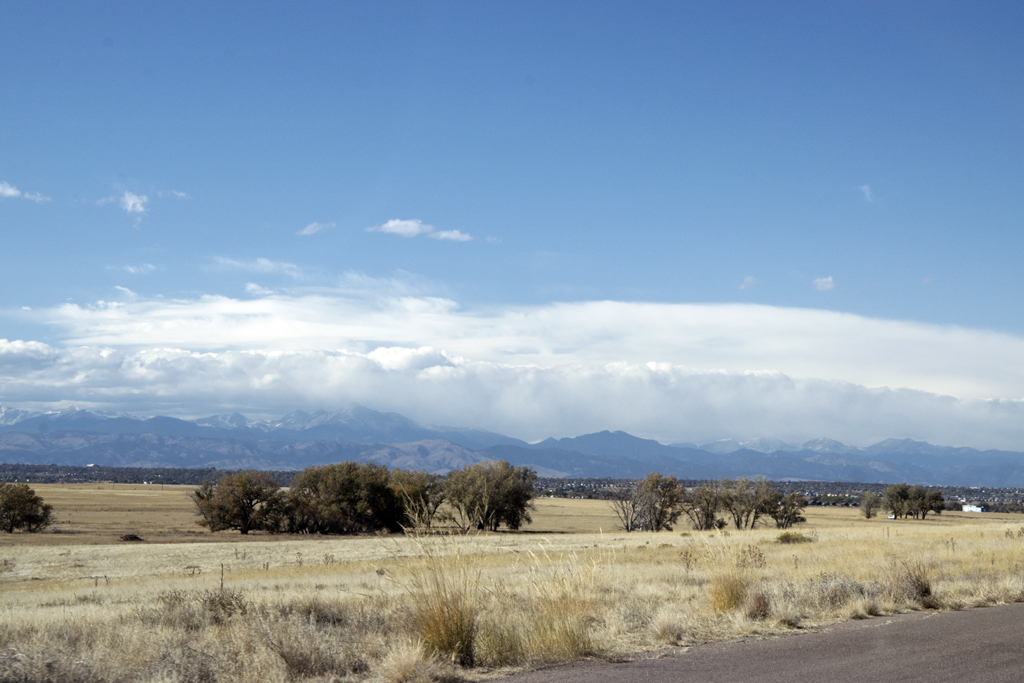 The Arsenal is about ten miles northeast of Denver’s downtown. Here’s one of my favorite shots of Denver’s skyline, taken from the Arsenal: 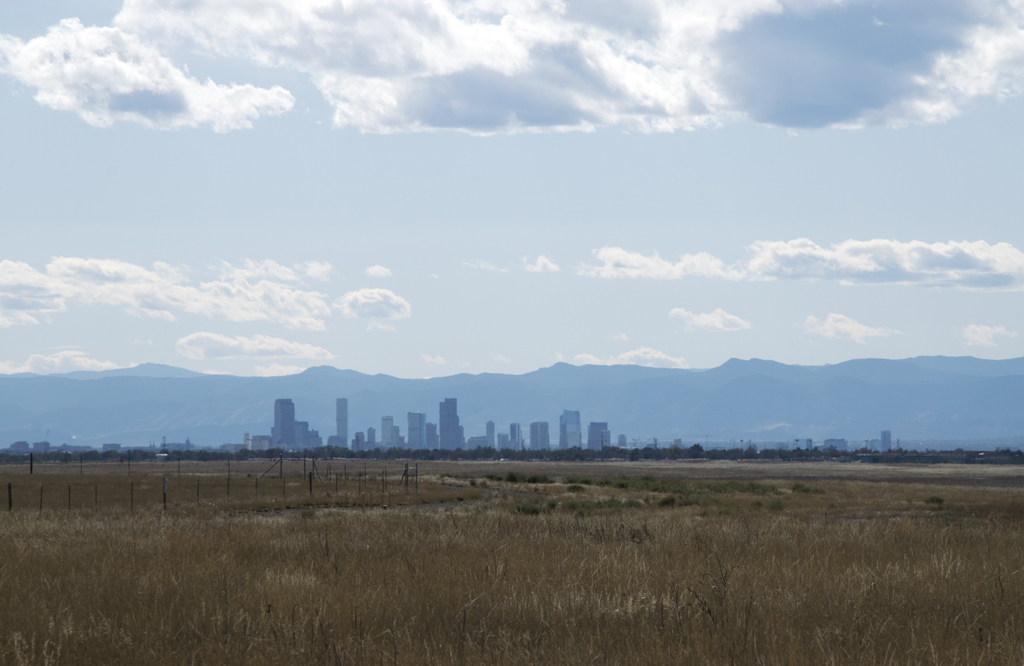 In the 70s, the army and Shell investigated the extent of the contamination. In 1980, a roost of bald eagles was discovered there. Since they were on the endangered-species list, the EPA and the US Fish and Wildlife Service got involved. Chemical manufacturing shut down in 1982. Along about 1987 or so, the cleanup began.

Congress designated the area as a wildlife refuge in 1992. As portions of the land were cleaned up, the army transferred the land to Fish and Wildlife to expand the refuge, which is 15,000 acres today. Cleanup officially ended in 2010.

On the other couple of thousand acres is Commerce City, a new Denver suburb, and a civic center, schools and sports/rec areas. Also in Commerce City is Dick’s Sporting Goods Park, a stadium that is home to the Colorado Rapids pro soccer team.

The big draw in the refuge is a bison herd. However, we didn’t see it for at least the first eight miles of the 11-mile loop. We finally spotted them at a distance: 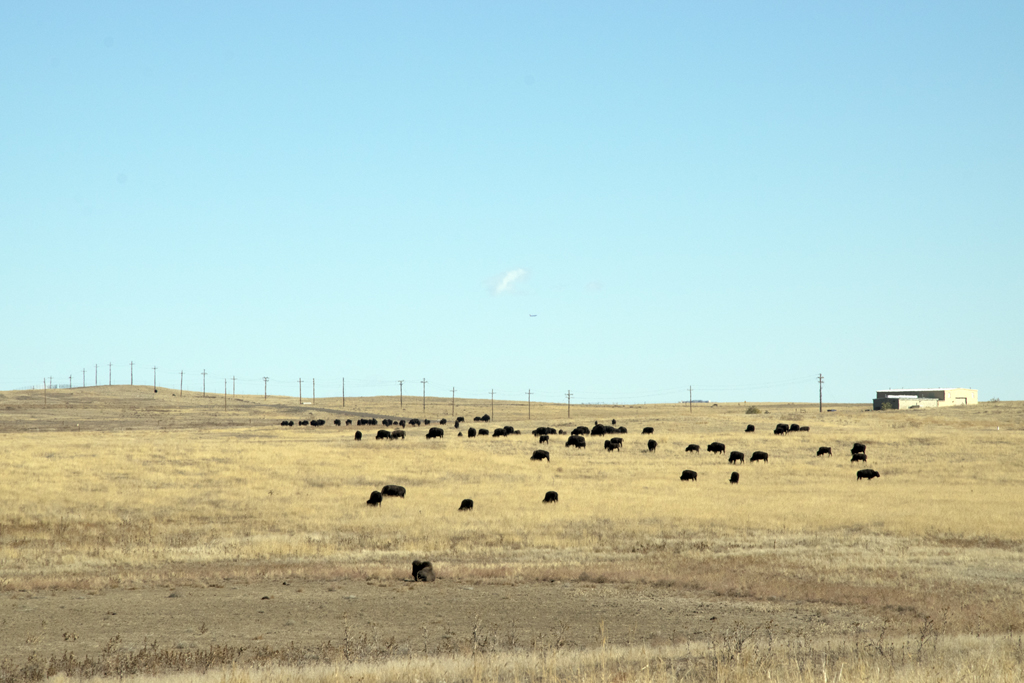 It was very difficult to get close to them because they are behind a fence. Besides, it wouldn’t be a good idea to try to walk up to a wild bison anyway. I had to rely on my zoom lens, which wasn’t really much help, but here are a couple of the better shots I took that day: 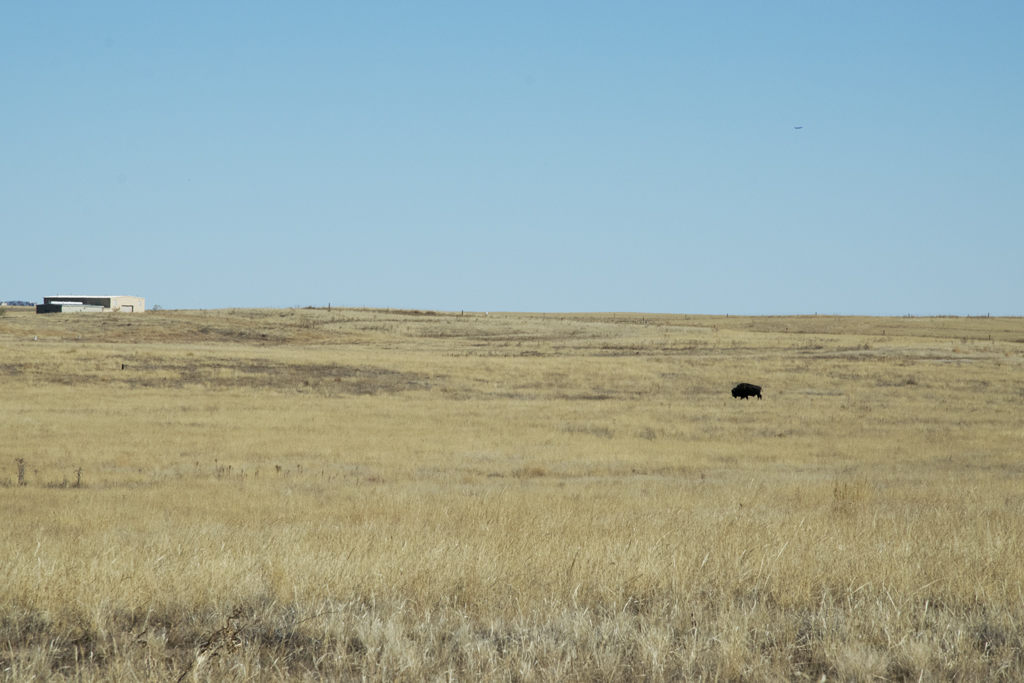 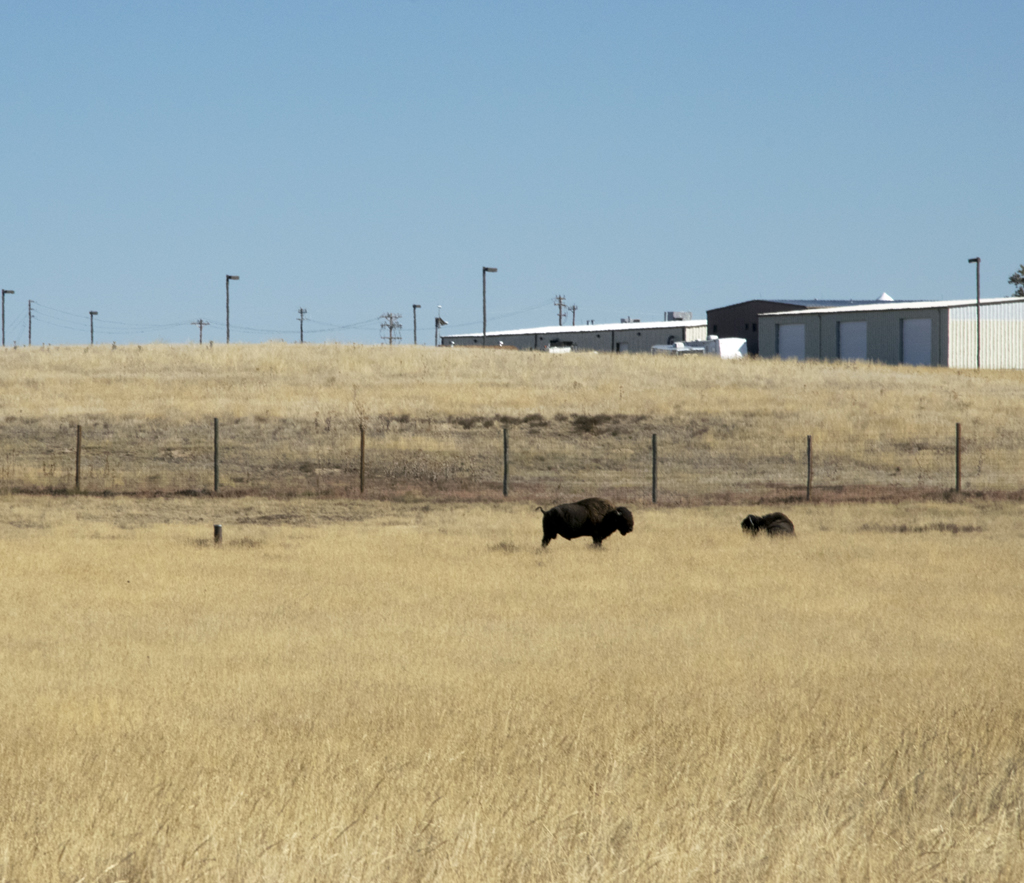 Shortly after I shot the buffalo, we arrived back at the visitor center.

There is a little amphitheater 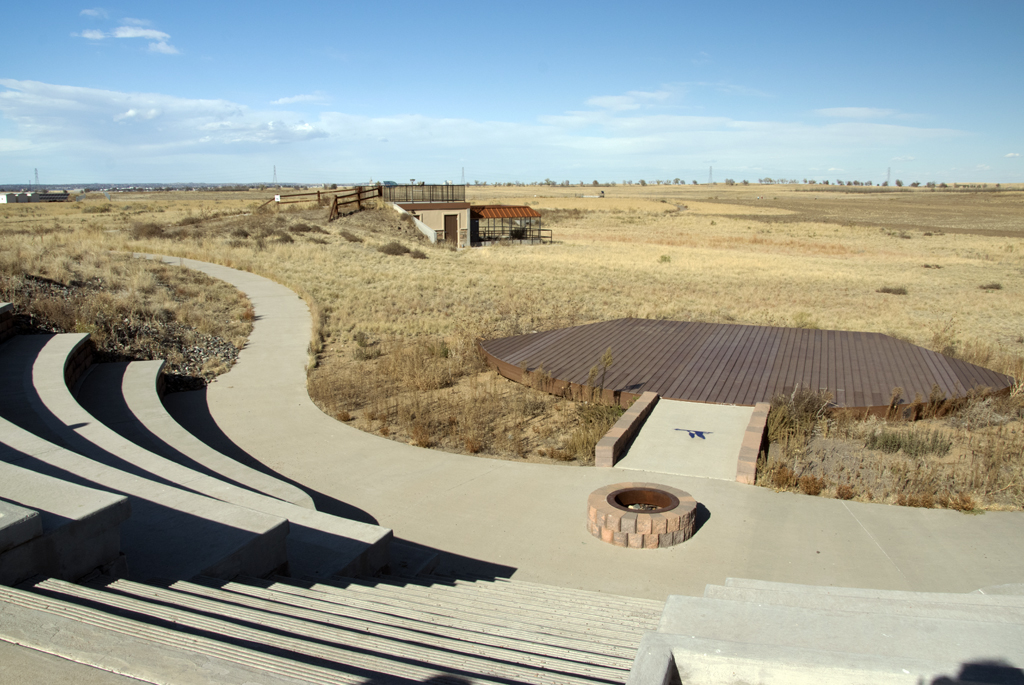 And a butterfly garden: 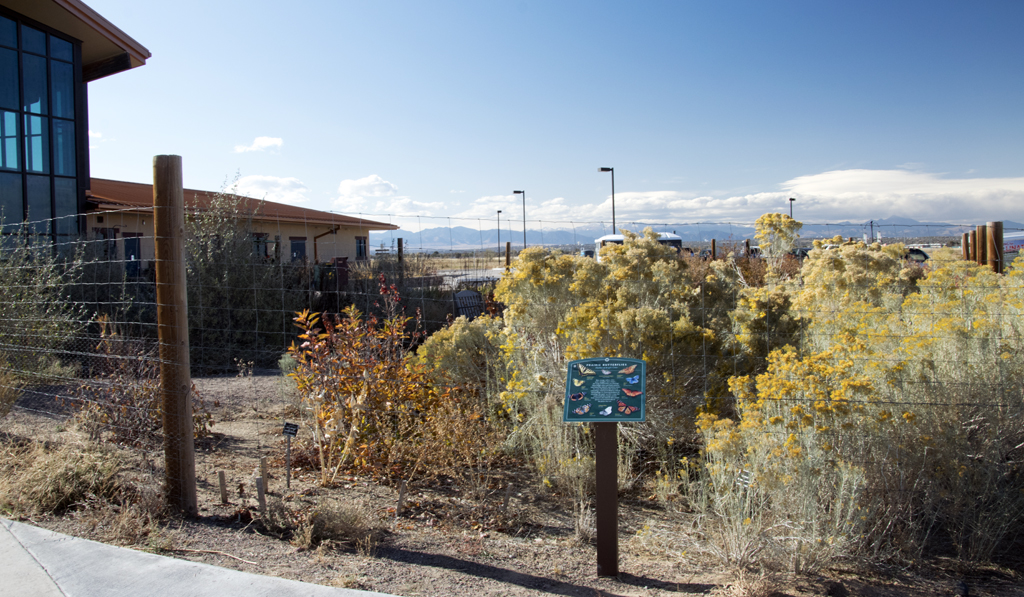 As I said, it’s free to enter, though I bought a nice pin in the gift shop. Half of the place has interactive, educational exhibits of the wildlife there. 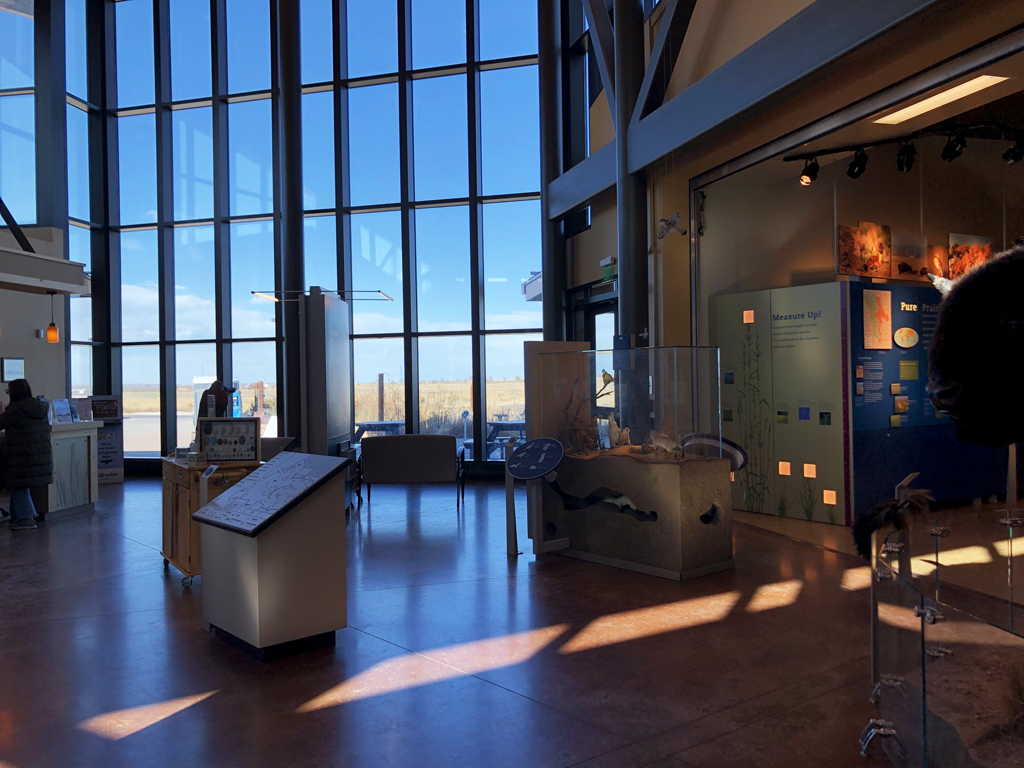 Talk about getting close to the bison! 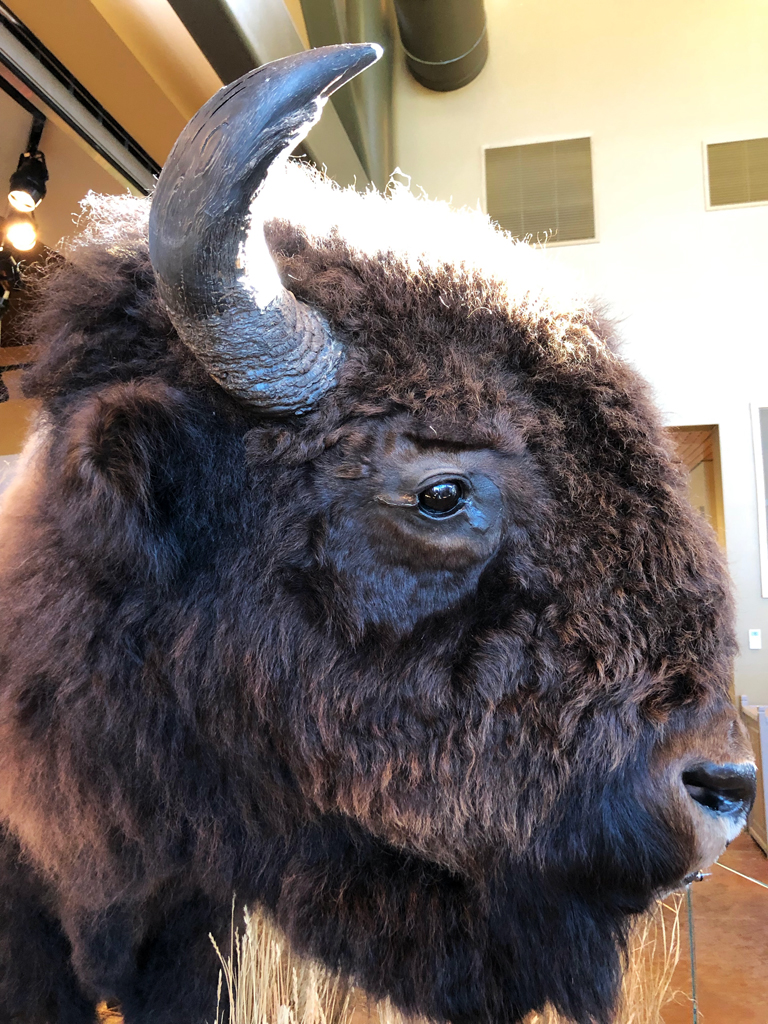 This kind of thing always reminds me of PeeWee’s Big Adventure: 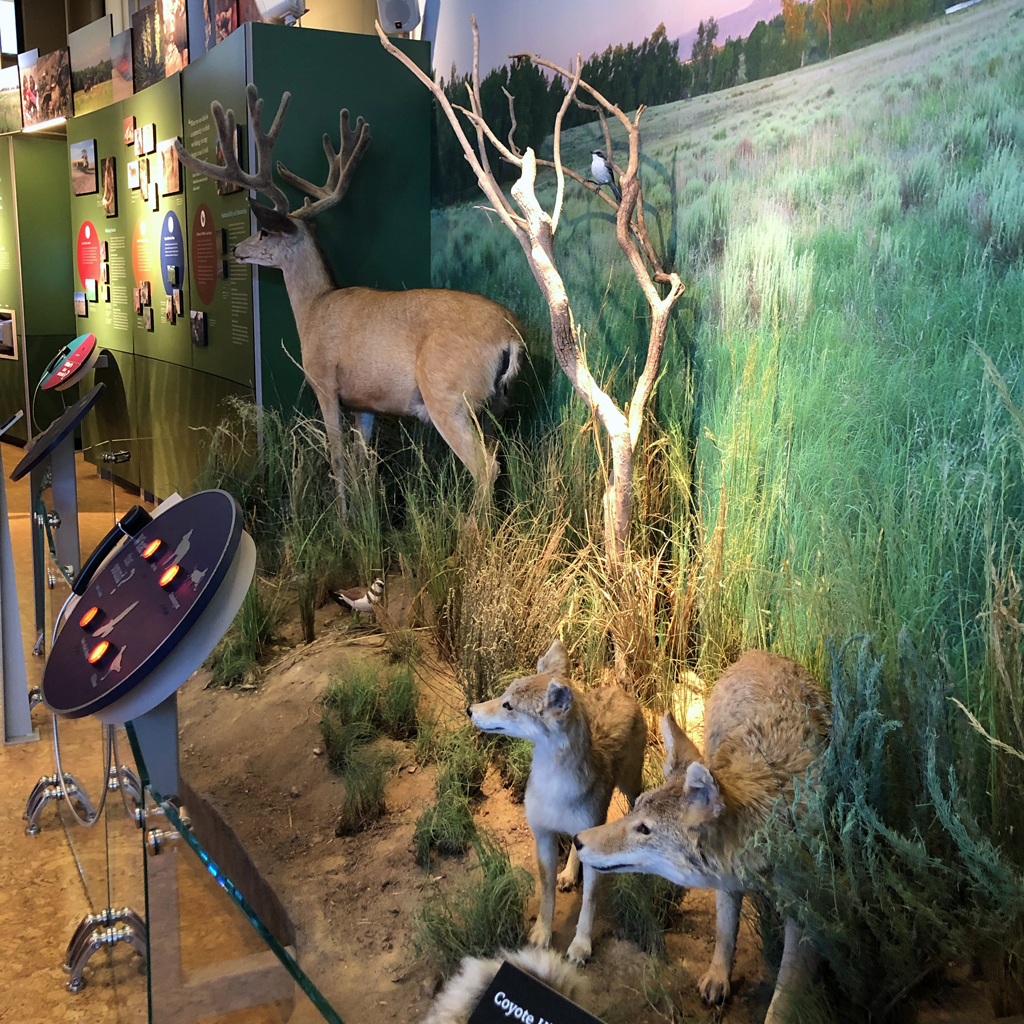 The other half of the place contains exhibits about the weapons plant and cleanup operation: 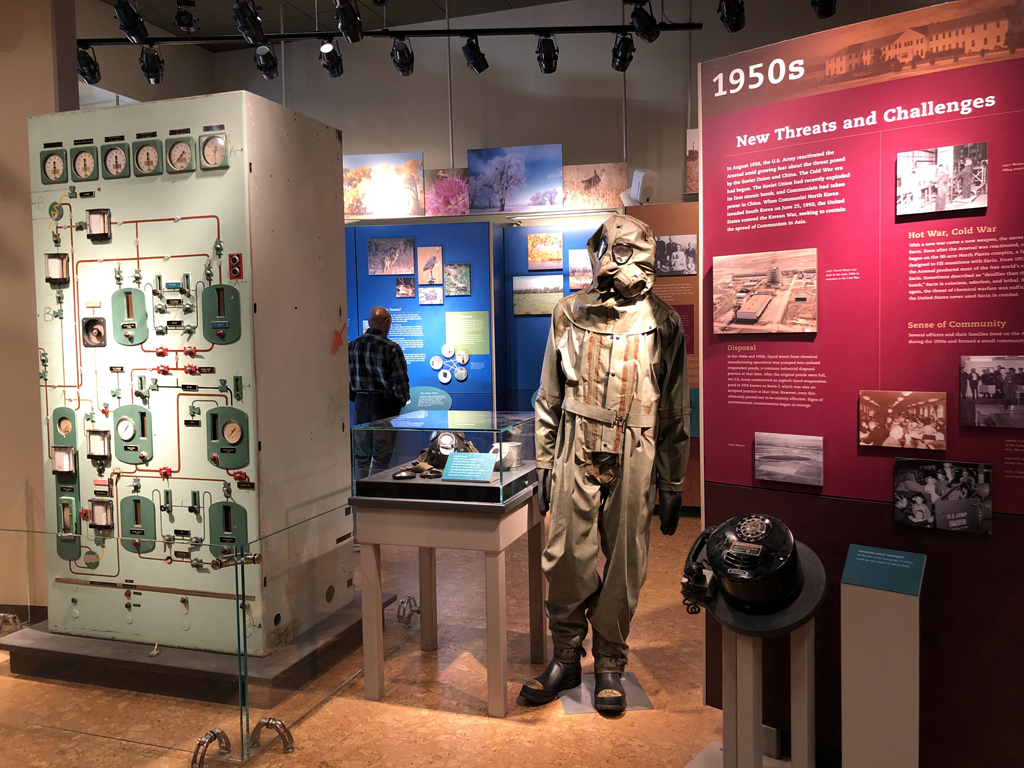 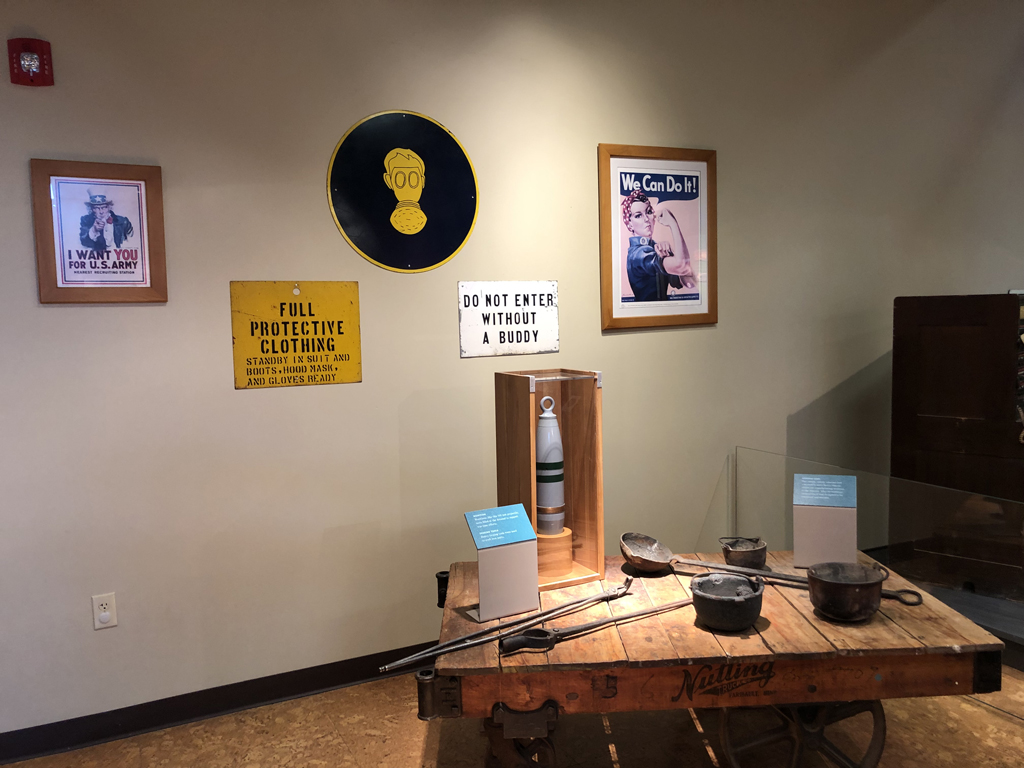 I was intrigued by the method of cleanup itself: 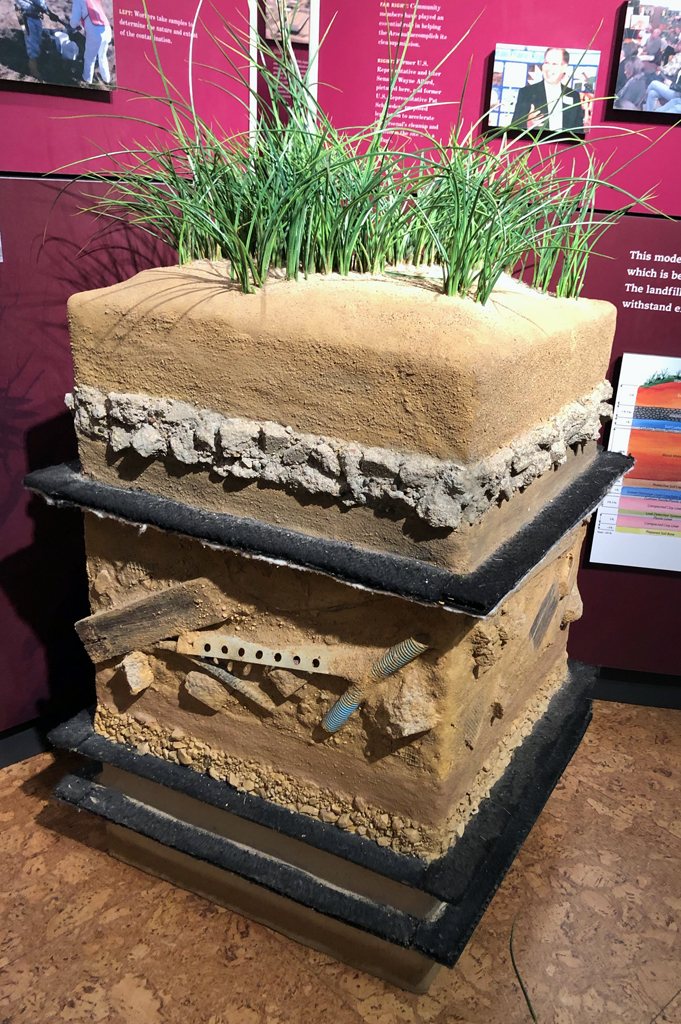 You can see that they first dug up everything down to ten feet and put the worst of that in two sealed hazardous waste landfills on the site. They laid down a layer of compacted clay and put a plastic liner over that. Atop this liner is a leak-detection system. Another layer of compacted clay and another liner come next. On top of that is a gravel drainage layer that would collect anything that might leach into the groundwater system, then a layer of soil over it. Next is a big layer of waste material, covered by another plastic liner. Above this is a layer of soil which is covered by a “wildlife barrier” (crushed concrete). All of this is topped off by a big layer of clean soil graded in slopes to look natural. They planted the surface with native vegetation. Groundwater is pumped and treated at the site. Your EPA tax dollars at work!

The Refuge is open 365 days a year, though the visitor center’s hours are Wed-Sun 9a-4p, closed on federal holidays. I highly recommend the drive and would like to see it at different times of year. The views there are amazing! I mostly hope to see the bison closer-up, or at least bring a longer zoom lens. 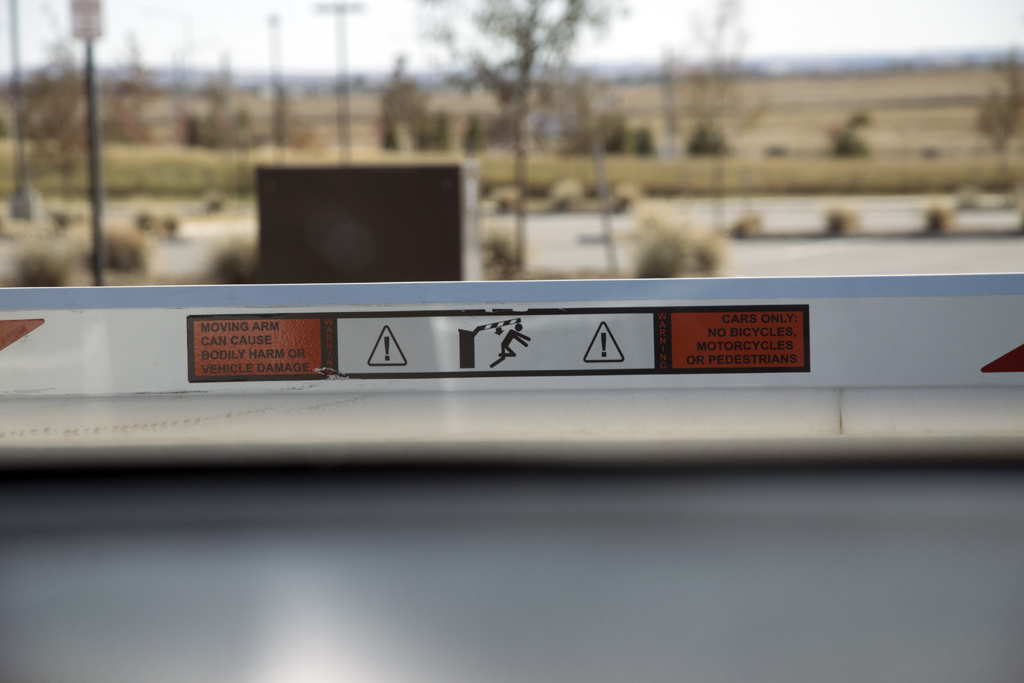