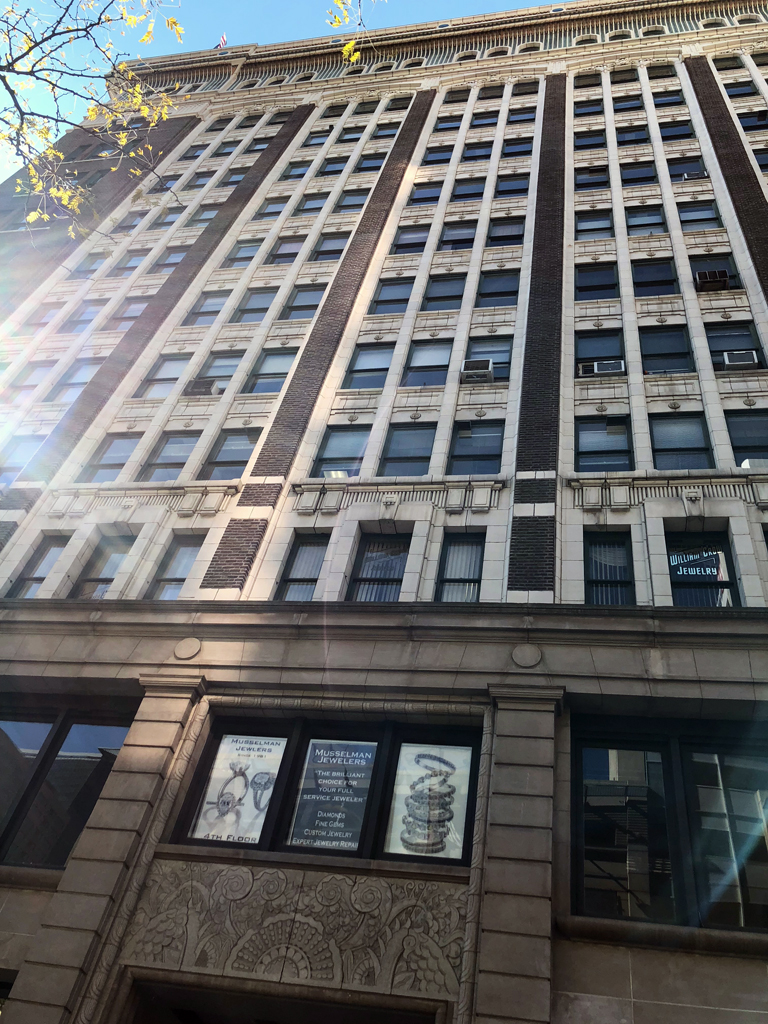 Back in July, I published a post about the No. 2 Pencil Smokestack in downtown Denver. It’s part of the University Building, and I mentioned I’d check out the front and inside of the building next time I had the chance. Well, I had the chance a week or so ago, so here are pix!

Here’s the front, which faces 16th Street, the famous pedestrian mall (except for the free Mall Ride bus): 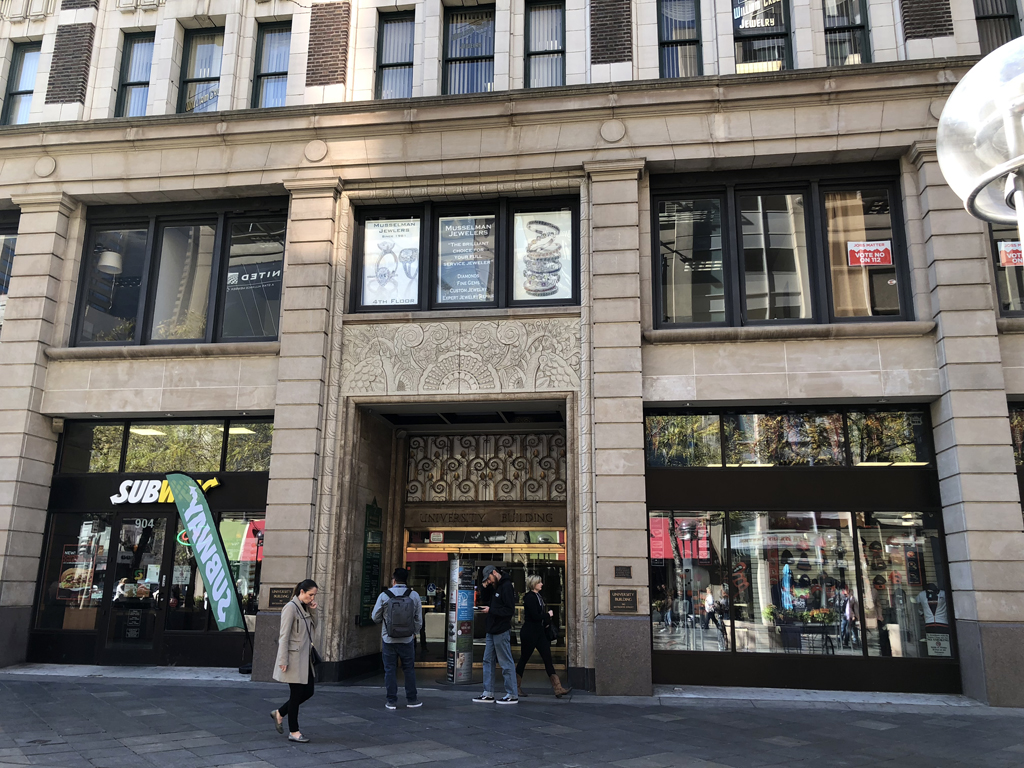 And, since I didn’t bring a wide-angle lens, here are the top stories:

I love the ornate relief on the front and the metal scrollwork above the door: 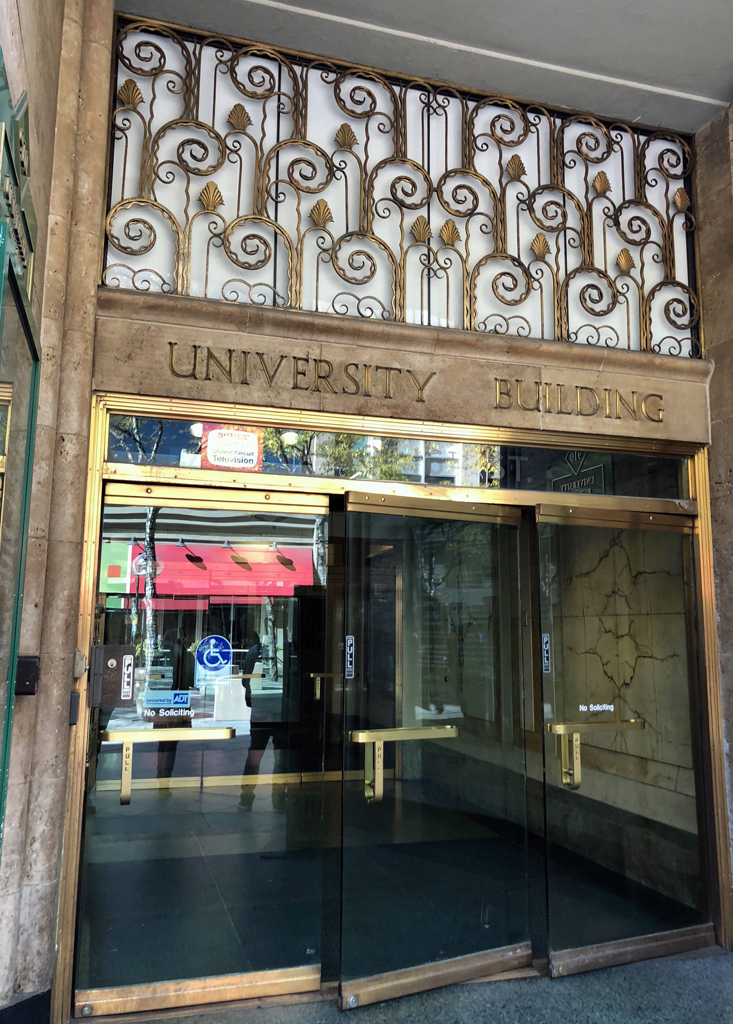 As I said in the previous post, this building was constructed in 1910, so it’s inevitable that it have these art nouveau touches.

I stepped inside to a small vestibule and lots and lots of marble, brass and ornamentation: 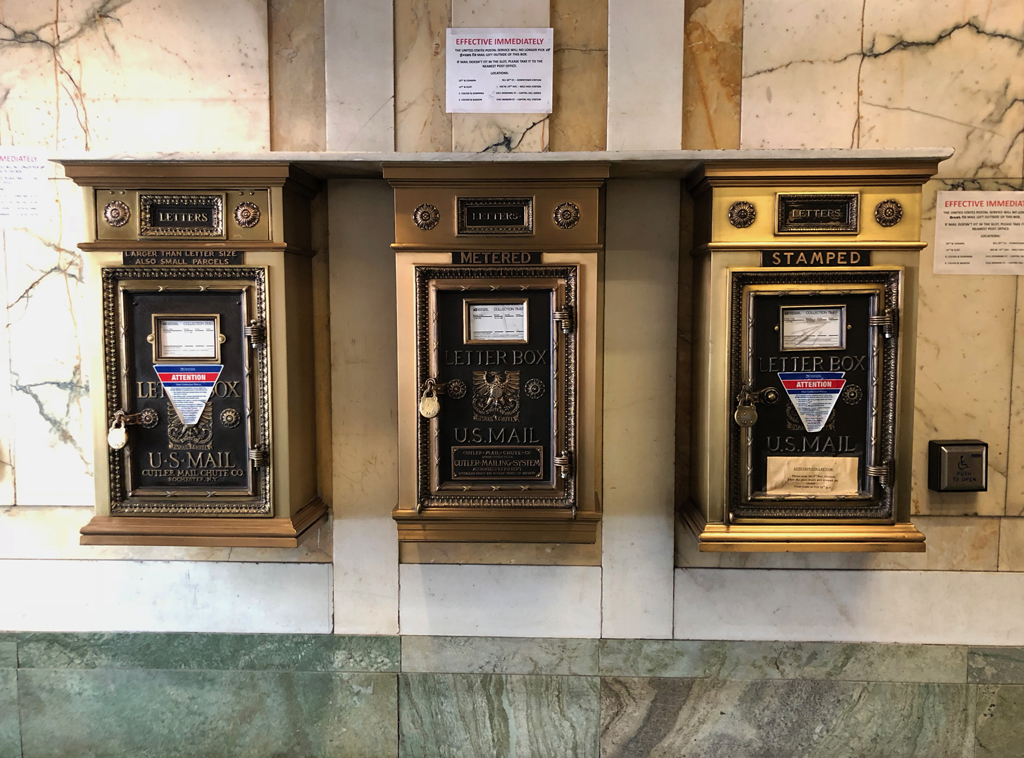 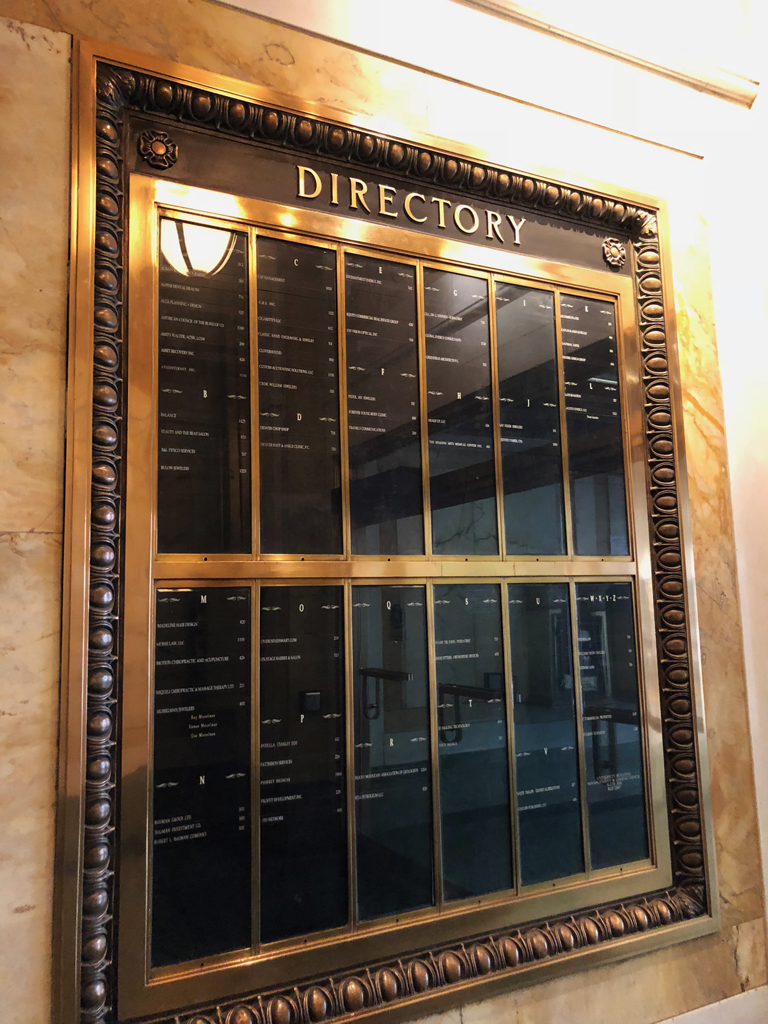 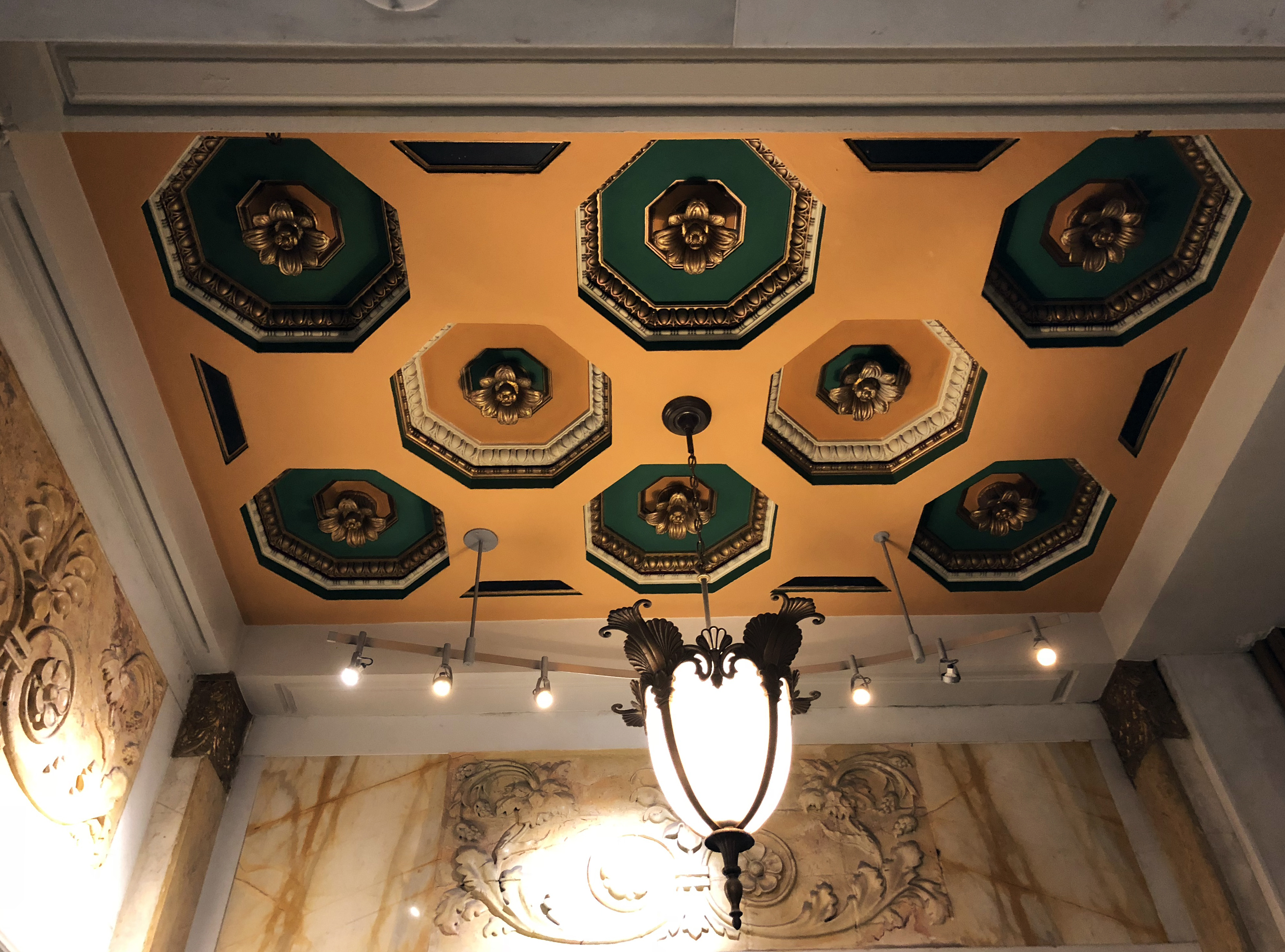 Originally named the A.C. Foster Building after a real-estate guy that had it built, the University Building has 12 stories (and there is a current proposal to add six more on top!). It was probably the tallest skyscraper in Denver at the time. The materials were completely fireproof: steel, concrete, brick.

The name was changed to the University Building in 1921 when it was donated to Denver University. The school leased space in the building to fund a Chair of Research. They sold it in 1980 and it got passed around a few times until it landed with the association that now owns it. Check out the building’s website if you need more particulars or want to lease office space there today. But I get a finder’s fee.

Interestingly, on the four or five floors I stopped on, the small lobby had wonderful historical pictures from Denver’s past framed and labeled there. Here is an old fire station: Engine Company No. 1, complete with horse-drawn fire engine: 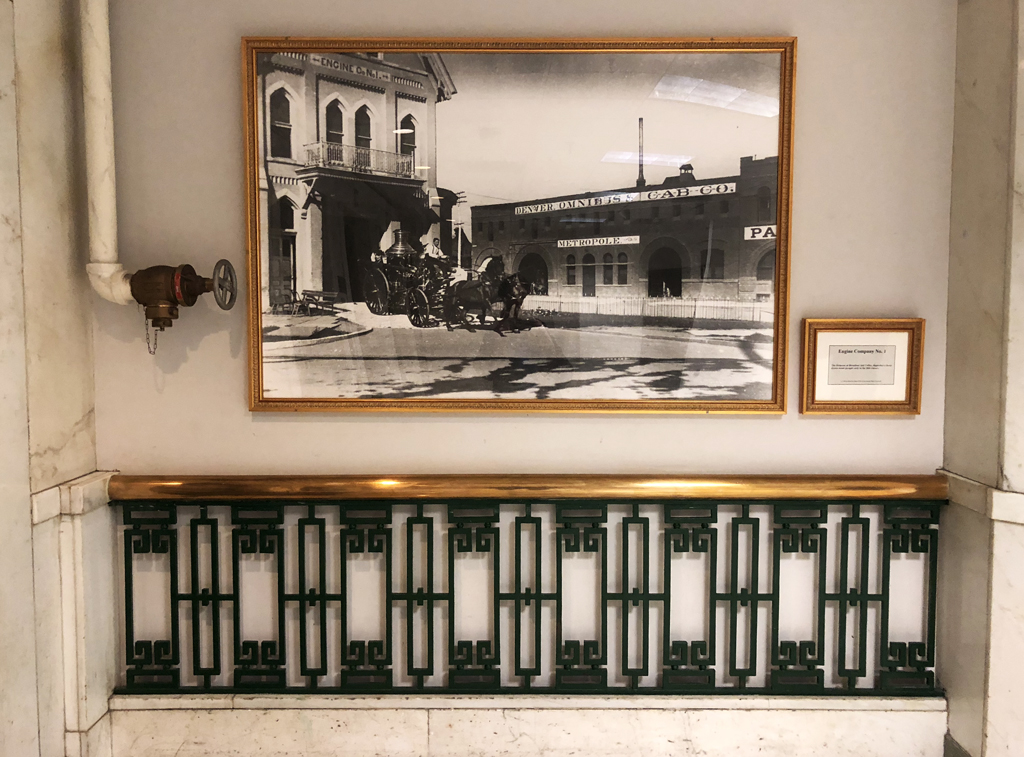 And here is the Central Savings Bank: 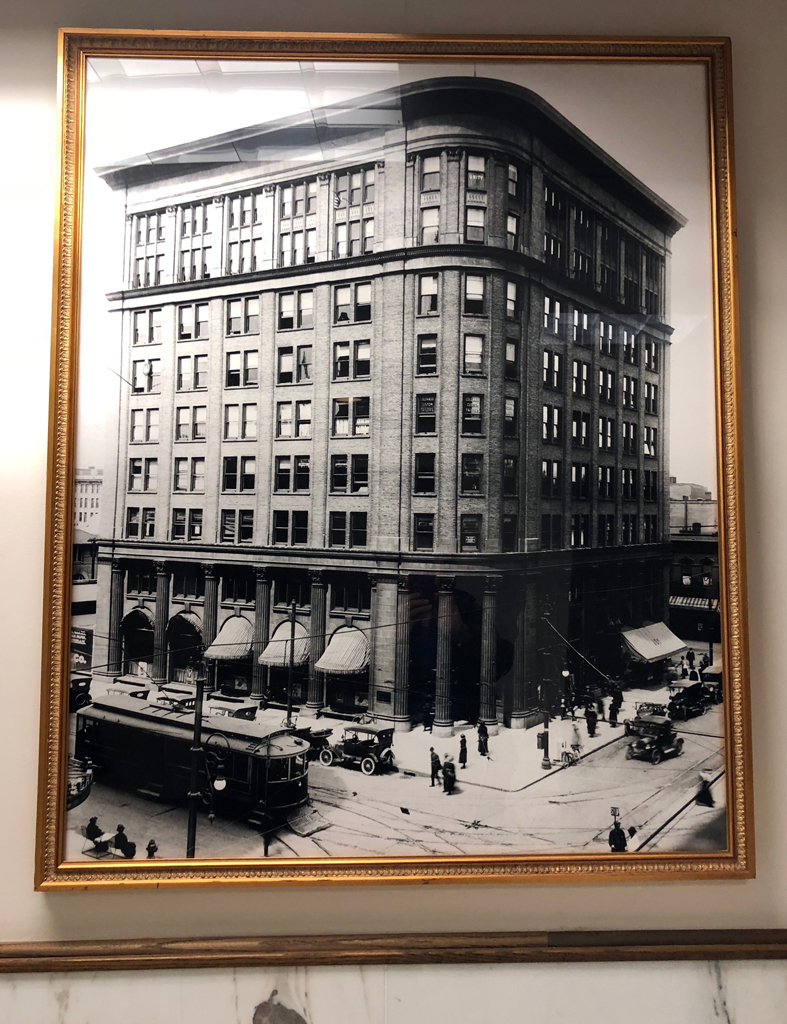 The label on this picture said it was built in 1911. Then, in part and cryptically, that it “… was razed in 1991 following a civic controversy.” Well, you know I couldn’t let that go by without digging into it. Alas, I couldn’t find anything definitive about the demise of this jewel, but I believe it had something to do with the savings and loan crisis/fiasco of the 80s and 90s, possibly that the building ended up being owned by non-local concerns. I did find some heartbreaking pictures of its being demolished and mention that the site became a parking lot. Yikes.

But back to the University Building. The marble appointments here are fantastic: 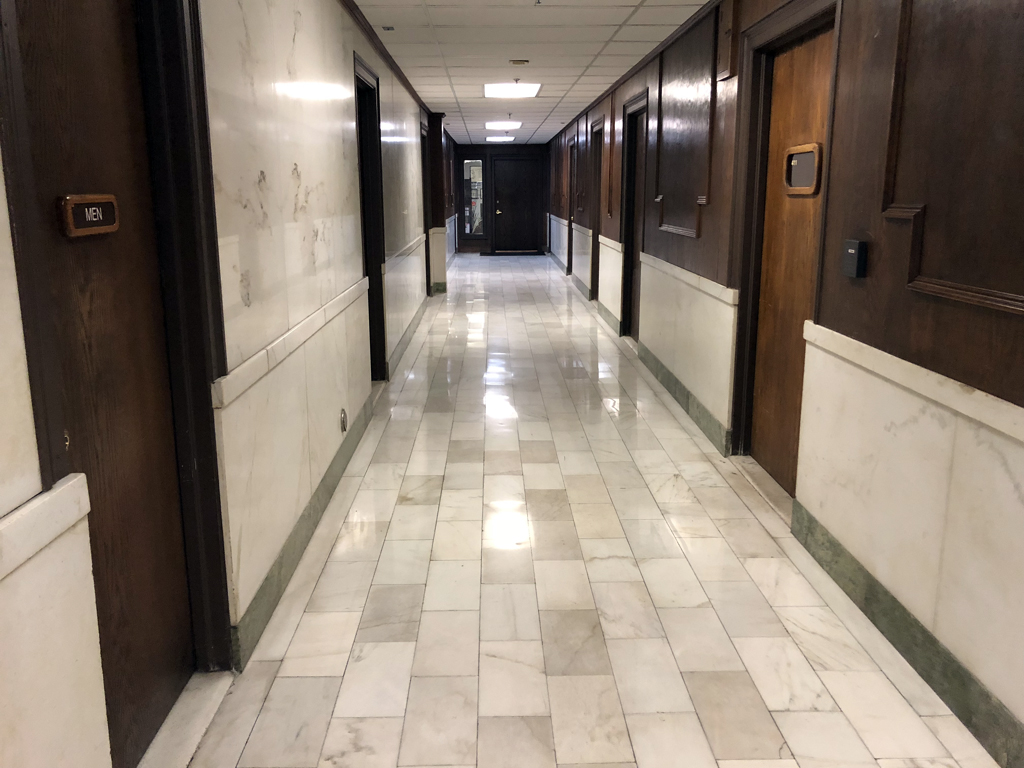 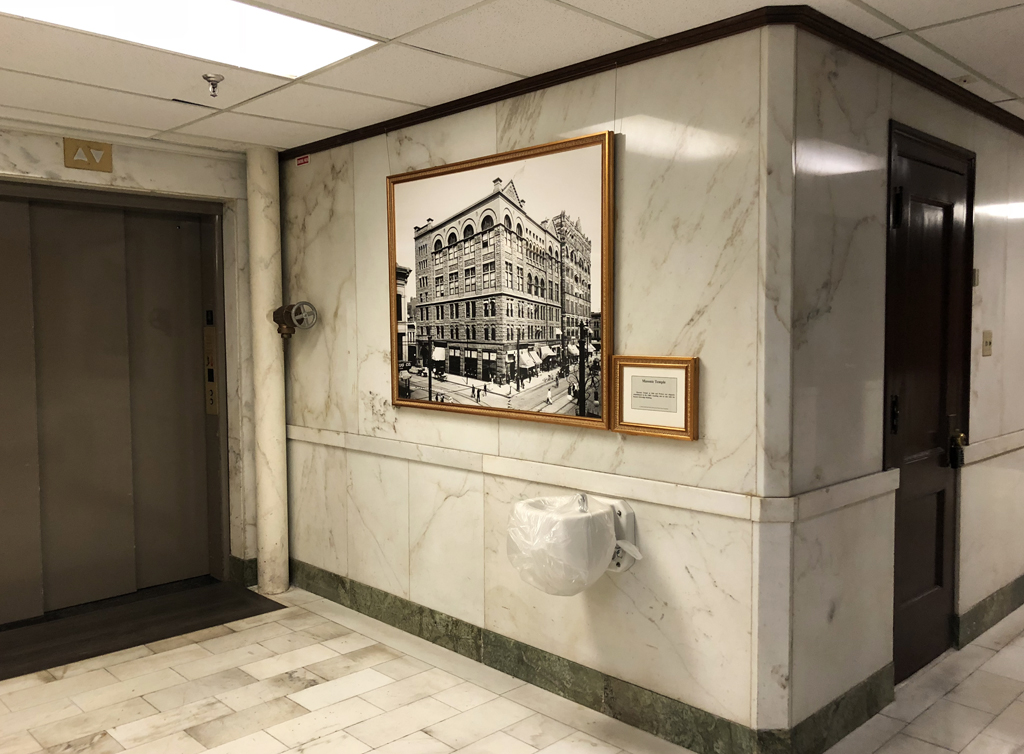 No idea why the water fountain is wrapped in plastic above.

Furthermore, the absence of any people on most of the floors was slightly creepy. For example, I was SURE this picture would show ghosts once I downloaded the photo from the camera. A little disappointed it didn’t! 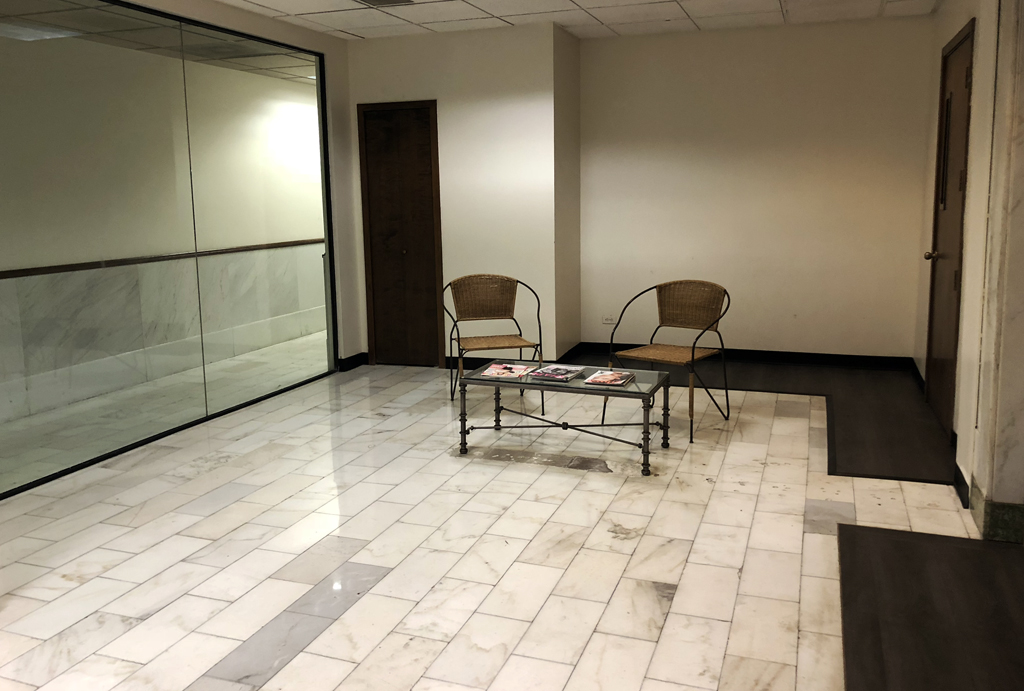 The University Building is on the corner of the aforementioned 16th St. and Champa St. Two interesting businesses residing in the University building and facing Champa are a popcorn shop (smelled delicious): 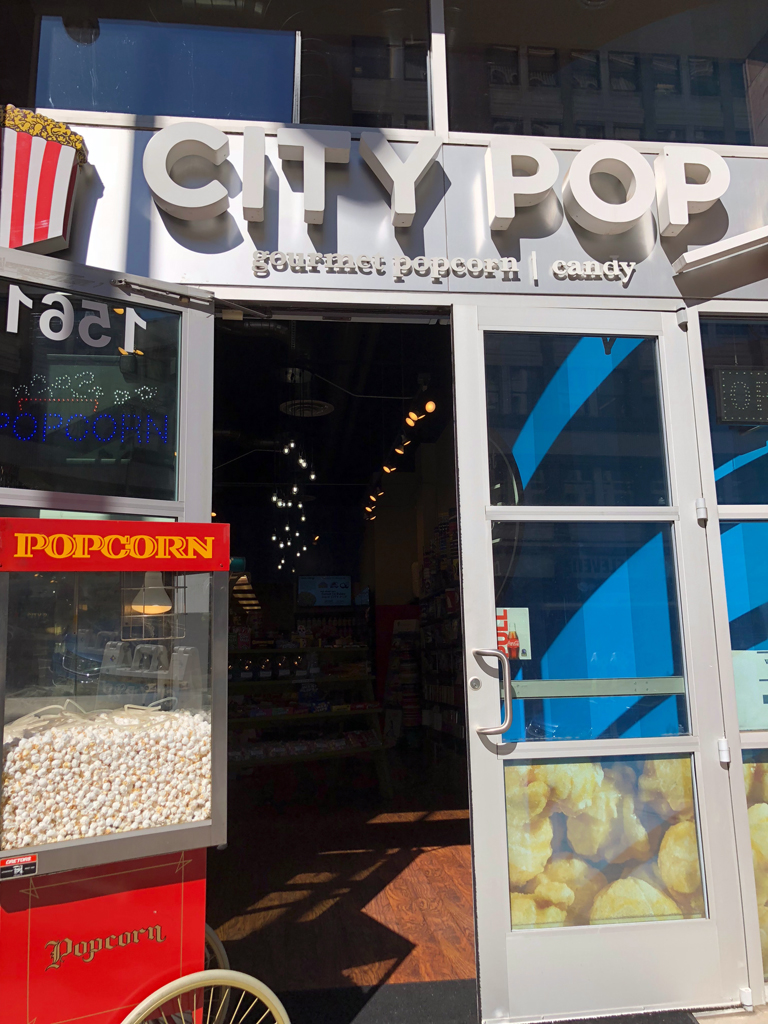 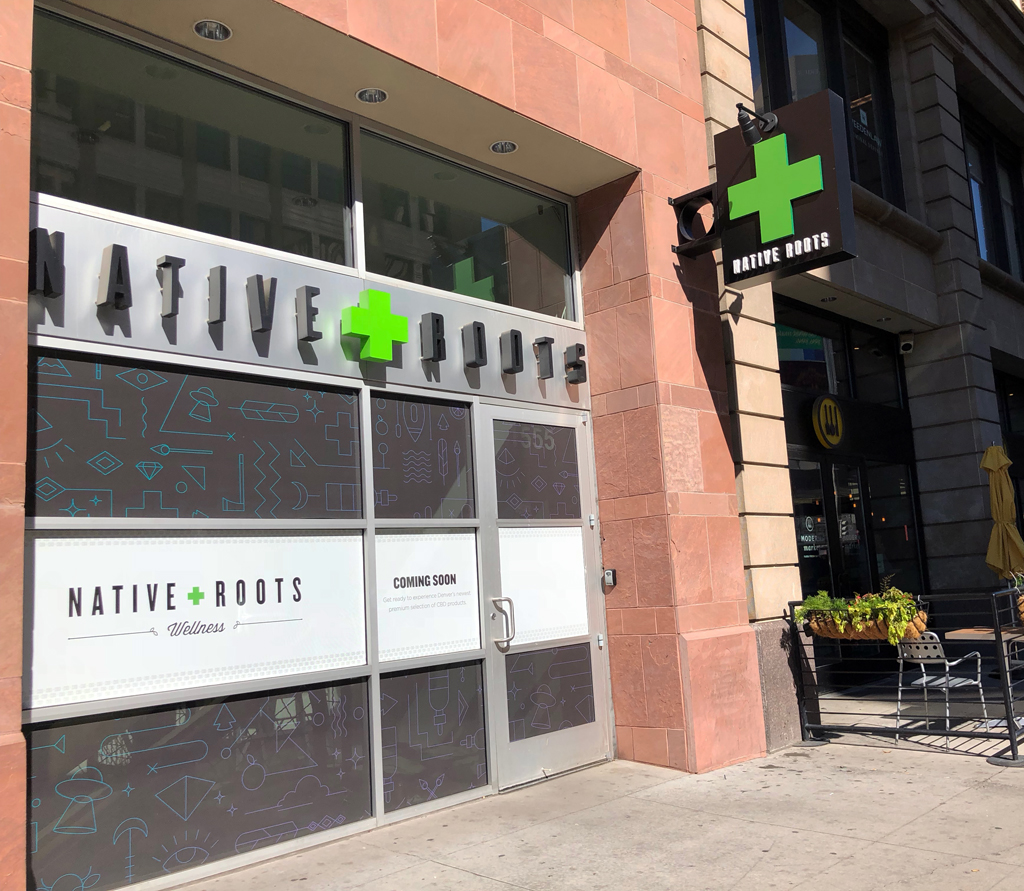 I always wonder if Europeans have trouble mistaking marijuana dispensary signs for pharmacy signs. You see, pharmacy signs in Europe are big, green crosses, too, and usually mounted on a sign similar to the one in the photo above. Maybe, after stumbling into a dispensary, they just don’t care that they couldn’t find a pharmacy. Curious. 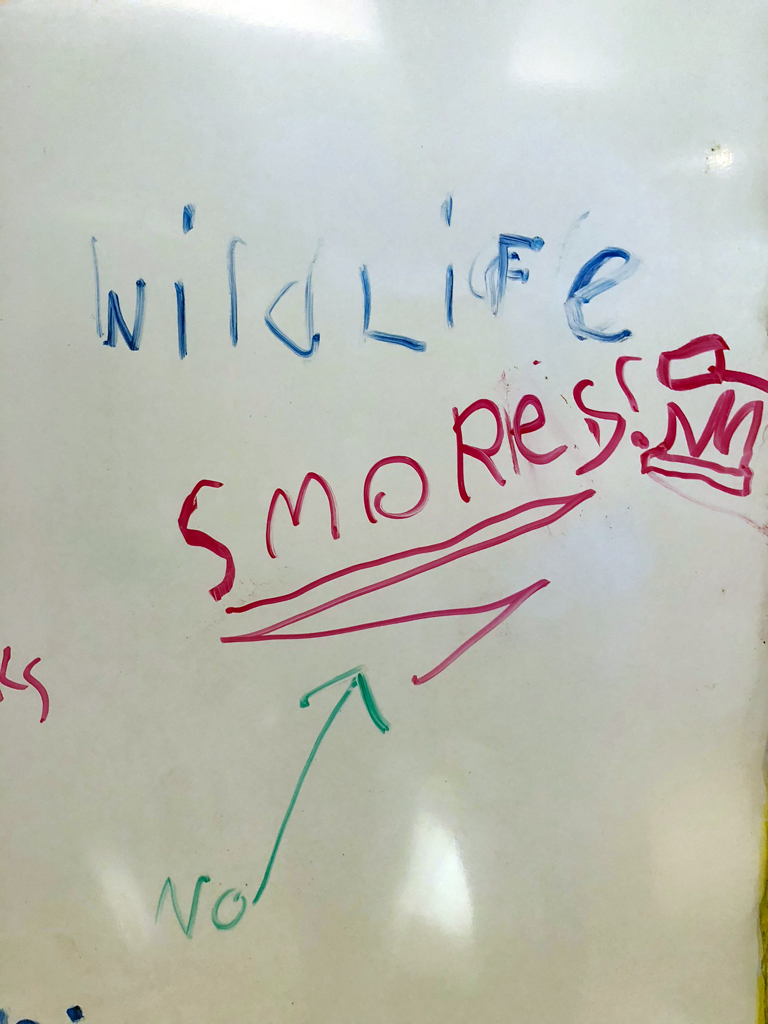