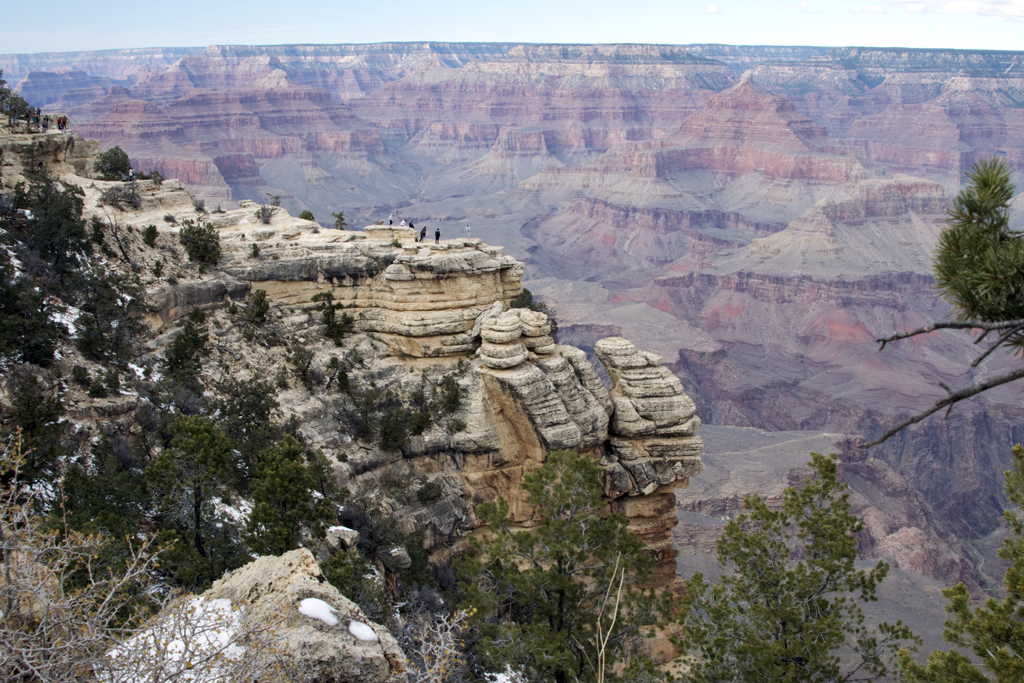 Last week I told you that I recently visited the vastly unusual city of Las Vegas, NV. During that time my husband had the fantastic idea of daytripping to the Grand Canyon – and so we did! Although there are myriad ways to visit the Canyon from LV, including bus and helicopter tours, we chose to drive it ourselves.

On a Saturday morning, we set out from LV and drove the 275 miles to Grand Canyon National Park. For those interested, you take US-93 to Kingman, AZ, then take I-40 to Williams, AZ, then AZ-64 to the park. Teaser: we stopped at Seligman, AZ, along the way – a segment of the historic Route 66. Look for that post soon!

But back to our Grand Canyon experience. We stopped at the guard shack in the park, of course, and paid the National Park fee, which I could swear was $25 per vehicle. However, the website states the current price as $35 per vehicle, so my memory doesn’t serve. FYI, the price for national parks is going up in the near future, though not as much as the ridiculously high initial proposal. Either way, it’s a damn cheap price to pay for this magnificent natural wonder!

We visited the South Rim, which is closest to Vegas and also the most visited. There is also a North Rim entrance which is more remote and less used. You may have heard of the Skywalk, which is a glass loop of sidewalk that sticks out 4000 feet above the Canyon and sounds terrifying – I’d probably crawl it. That Skywalk is at the West Rim and is not part of the national park system. Instead, it’s on the Hualapai Indian Reservation and is a moneymaking endeavor of the tribe and their business partners. As I understand it, you must take a fairly expensive tour bus from the visitor center to be able to see the Skywalk. We passed the exit for the Skywalk on our way to the South Rim. I definitely want to visit that next go-around.

At the South Rim is the Mather Visitor Center, named after Stephen Tync Mather (1867-1930). According to the plaque, he “laid the foundation of the National Park Service”. It was a nice place, with lots of newish sidewalks, benches, buildings and bathrooms. Although there were lots of people there, it was not high season. Parking was fairly easy – they have huge lots there. It was a short walk to the access point from the parking lot, too.

Instead of stopping at the visitor center, I beelined straight for the canyon. Here was my first glimpse of this great beauty: 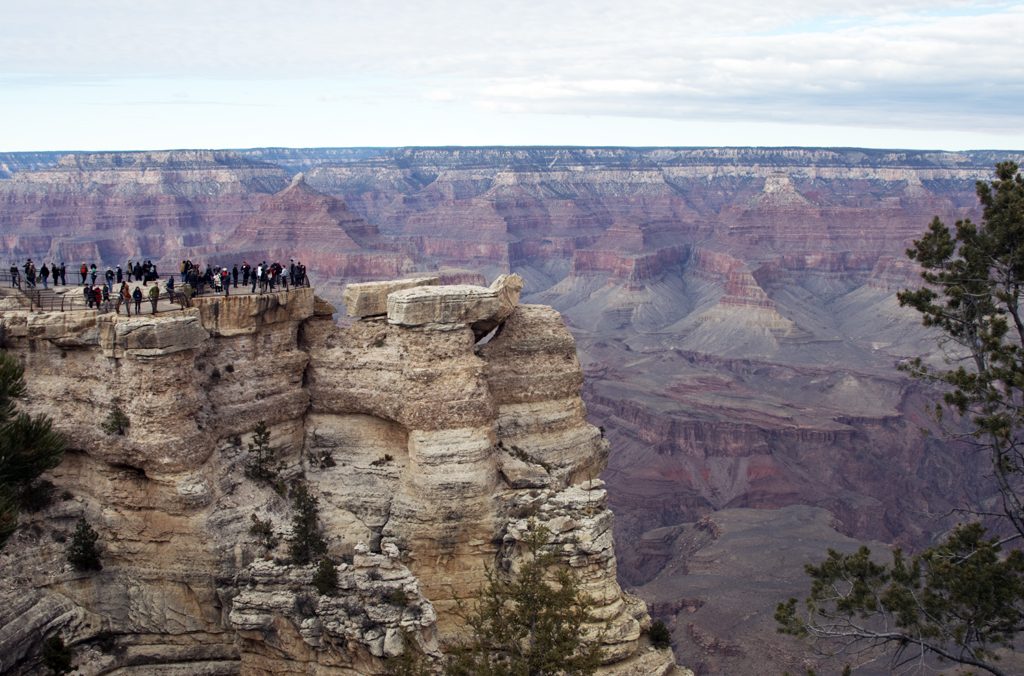 All the people on that outcropping are standing on the fenced area we went to next.

You can tell from the photos it was overcast at that particular time, which didn’t make for the greatest photos. And it was chilly and windy. I was surprised to learn that the elevation at the rim is 7,120 feet!

Here are my shots from the fenced outcropping and along the paved trail nearby that doesn’t have a fence: 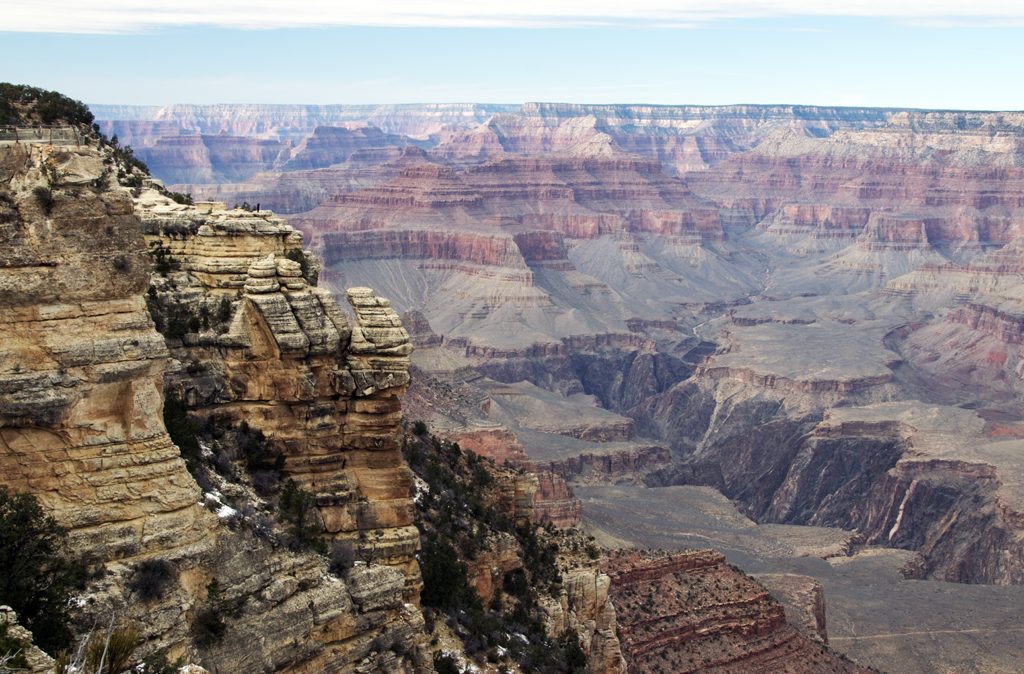 This shot was with my lens at full zoom (400mm); you can see the Colorado down there with some whitewater rapids: 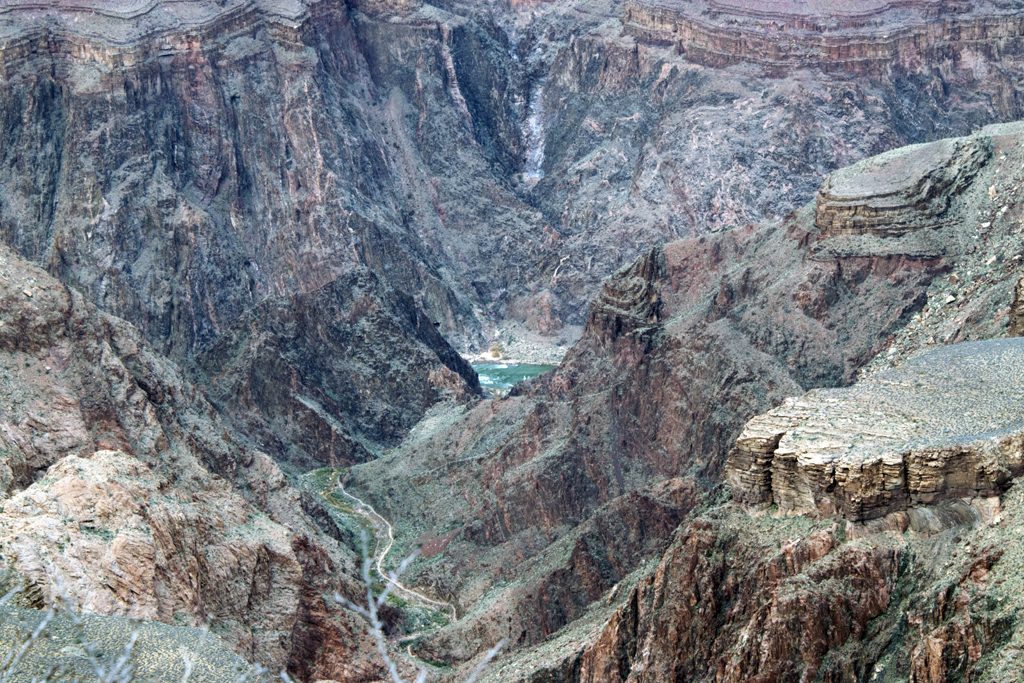 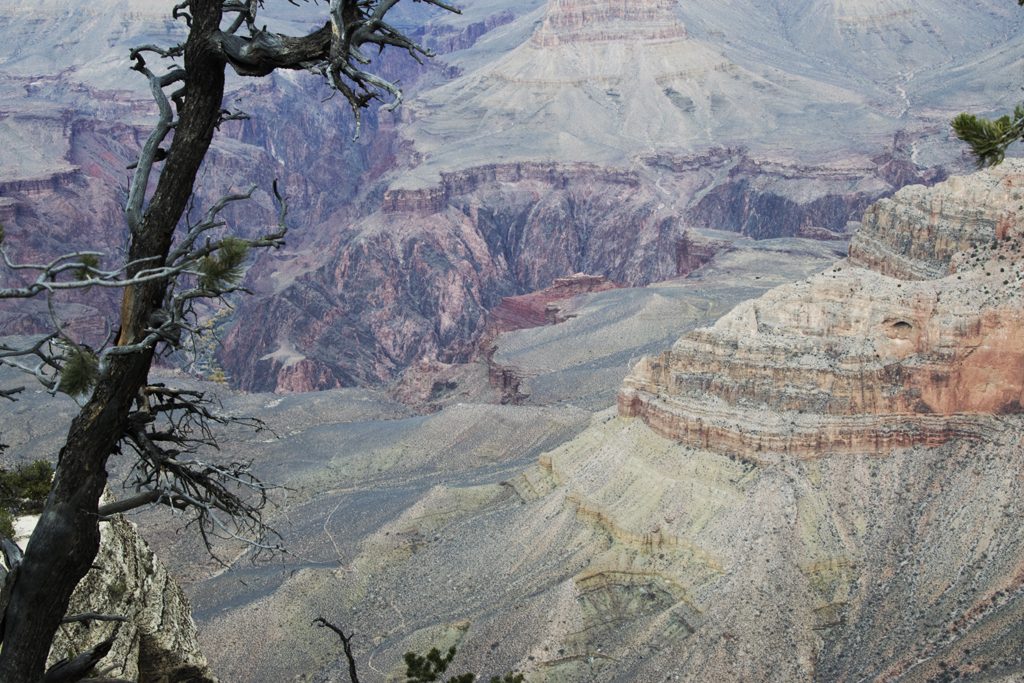 Wow, it’s a little overwhelming to see this impressive view. Also, there were tons of people there, many of them taking selfies at the edge and allowing their children and dogs much closer to the Canyon than I would prefer! But it was nice seeing so many people from different parts of the world and speaking different languages experiencing this great location together.

Eventually we tore ourselves away from the rim – it was getting late and no sun showed up. We visited the gift shop and bought our requisite souvenirs. I try to always buy a commemorative pin from wherever I visit. So I got that and we picked up a few other things. The gift shop is run by the non-profit Grand Canyon Conservancy, so we did our civic duty by buying there. You can buy memberships, too, which included a small, stuffed bighorn sheep plush toy whose name is Cliff. Cliff!

After leaving that area we went to the El Tovar Hotel, part of the historic Grand Canyon Village, still in the national park. You may see a post about this place in the future. It dates from 1905 and was built by architect Mary Colter. The best part about it that day, for me, was that it sits right on the Canyon rim and the sun had come out! So I got some sunny shots, too!

Even though we had limited time at the Canyon, it was an experience of a lifetime. I recommend a visit to the Grand Canyon, even if you have a very short time to spend there. You will never forget that view! We are definitely planning a return trip, and we want to stay in the historic Grand Canyon Village. Maybe even take a helicopter ride through this spectacular phenomenon, or take a mule train to the bottom. 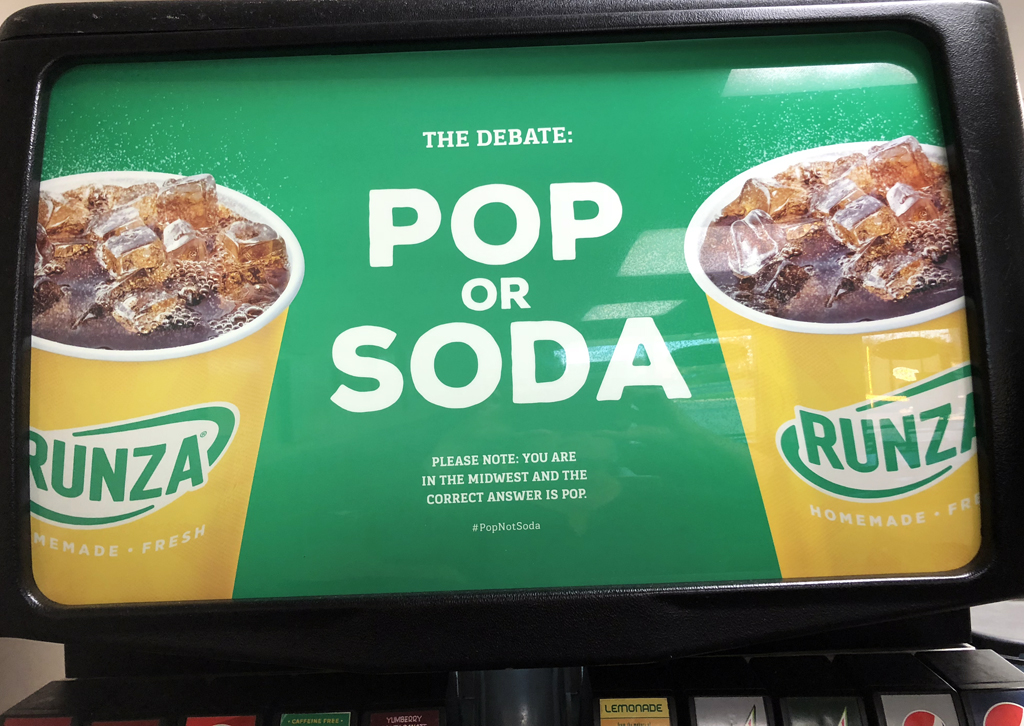