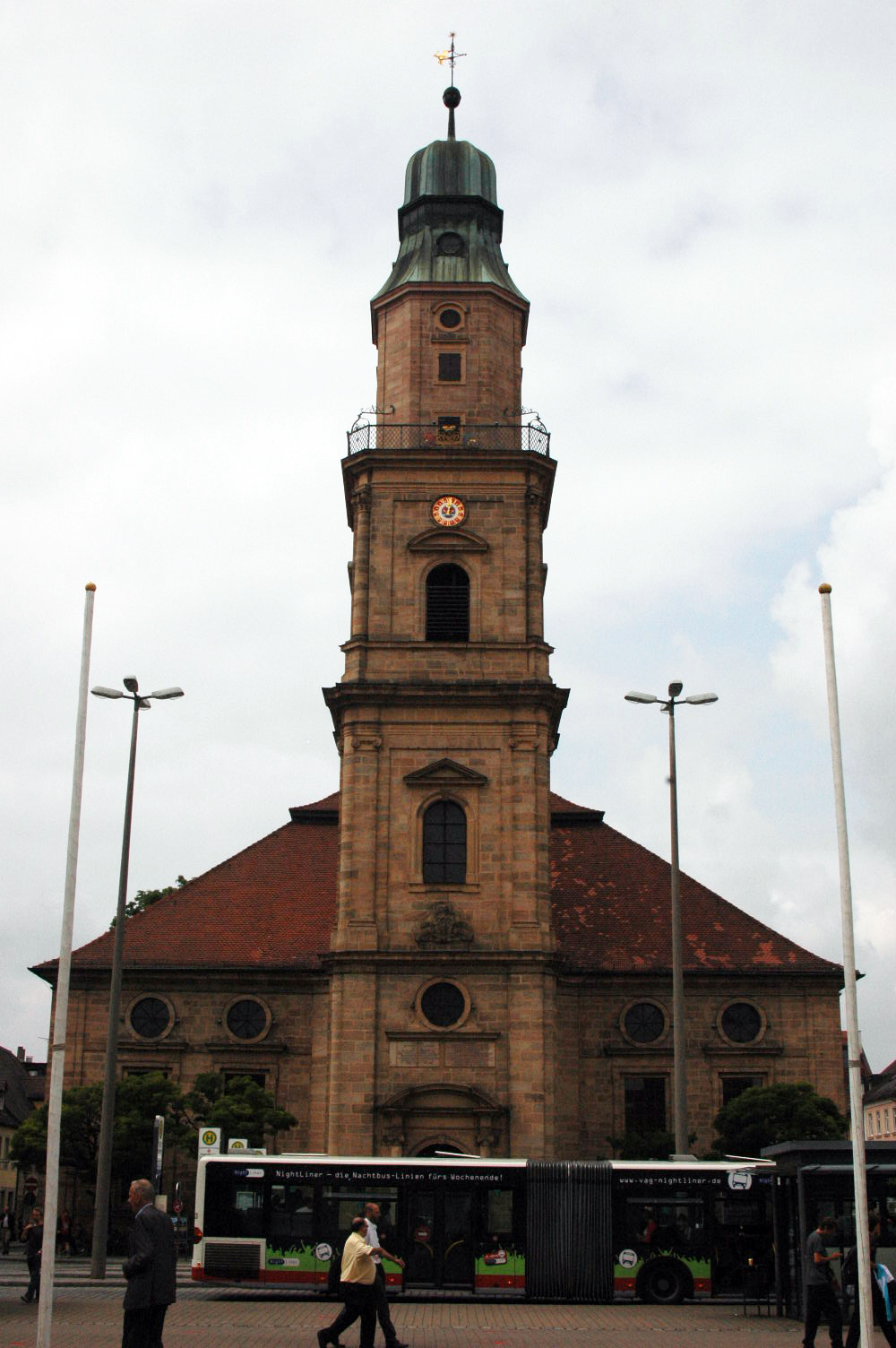 Shop my books on Amazon!

This post was originally published on July 8, 2012, and updated on June 9, 2020. The Mekong restaurant still exists there today!

On Tuesday last week I daytripped to nearby Erlangen. This city of 100,000 had more than I expected in the way of things to photograph. This is part 1, of course. Part 2 is up next week.

I’d been through Erlangen on the train to Nuremberg many times, but I’d never stopped. Erlangen is grouped with Nuremberg and Fürth because the three are very close together and considered part of the same metro area. You just may see a post about Fürth in the near future!

One of my online students who lives there mentioned she and her husband were going to Erlangen’s annual castle garden party last weekend, which reminded me that I’d never seen the castle. So off I set.

Of course, I put my bike, BlackFlash, in the nifty bicycle parking garage at the train station before boarding the train for the 20-minute journey. On the way I perused some info I’d printed out from my brief online research to get an idea of what I’d be in for.

The train station is behind the church in this photo. Unfortunately, the bus station is in front of it, so, though I waited a while, I didn’t get a shot of it without a city bus in the foreground.

Anyhow, apparently Erlangen was pretty much wiped out after the Thirty Year’s War, and the leader, Margrave Christian Ernst, needed population. Since the Huguenots, French Protestants who had taken a shine to John Calvin’s ideas, had just been kicked out of France by Louis XIV, Margrave Ernst invited them to settle in Erlangen. He built them this church in the late 1600s. 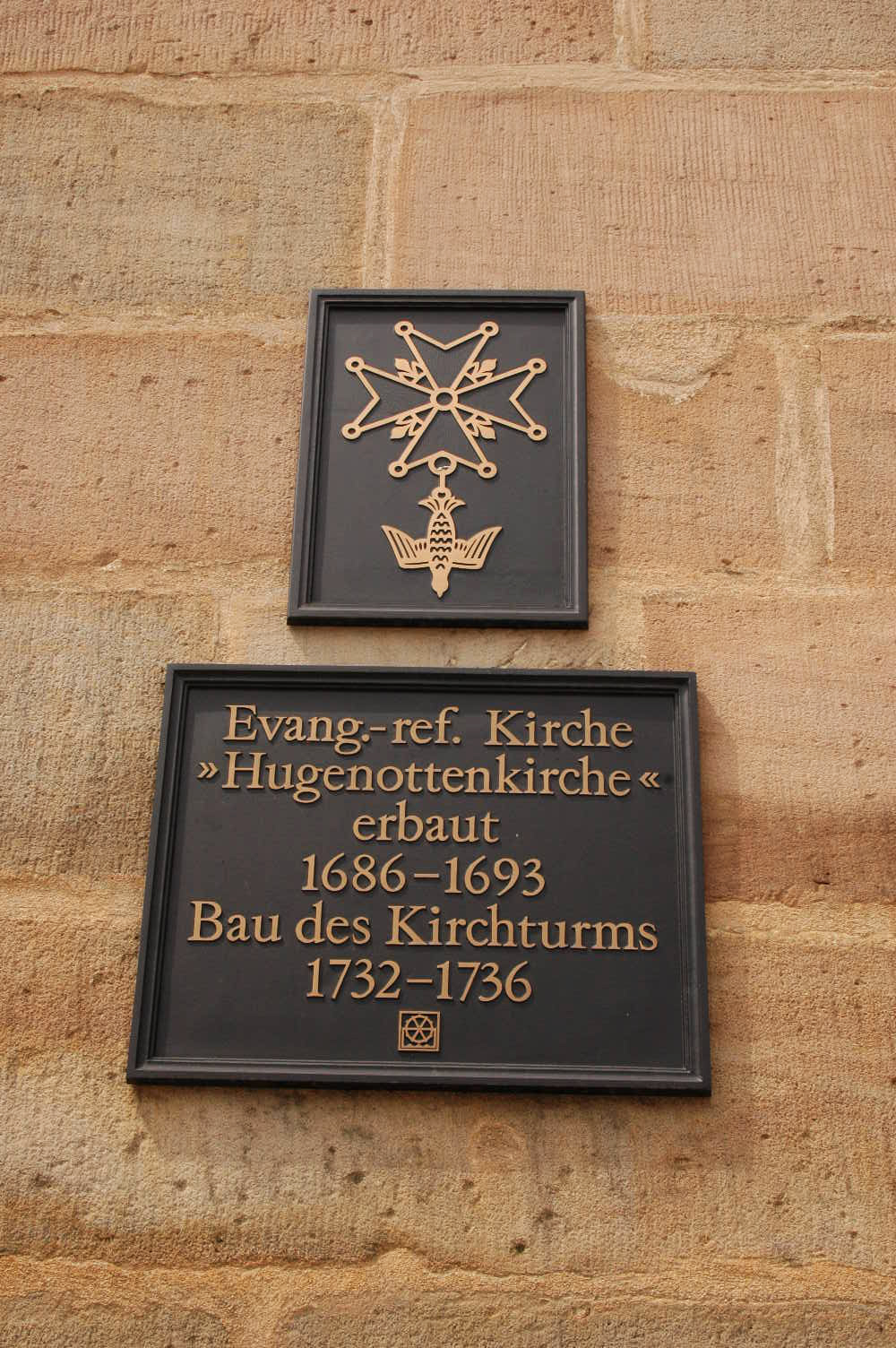 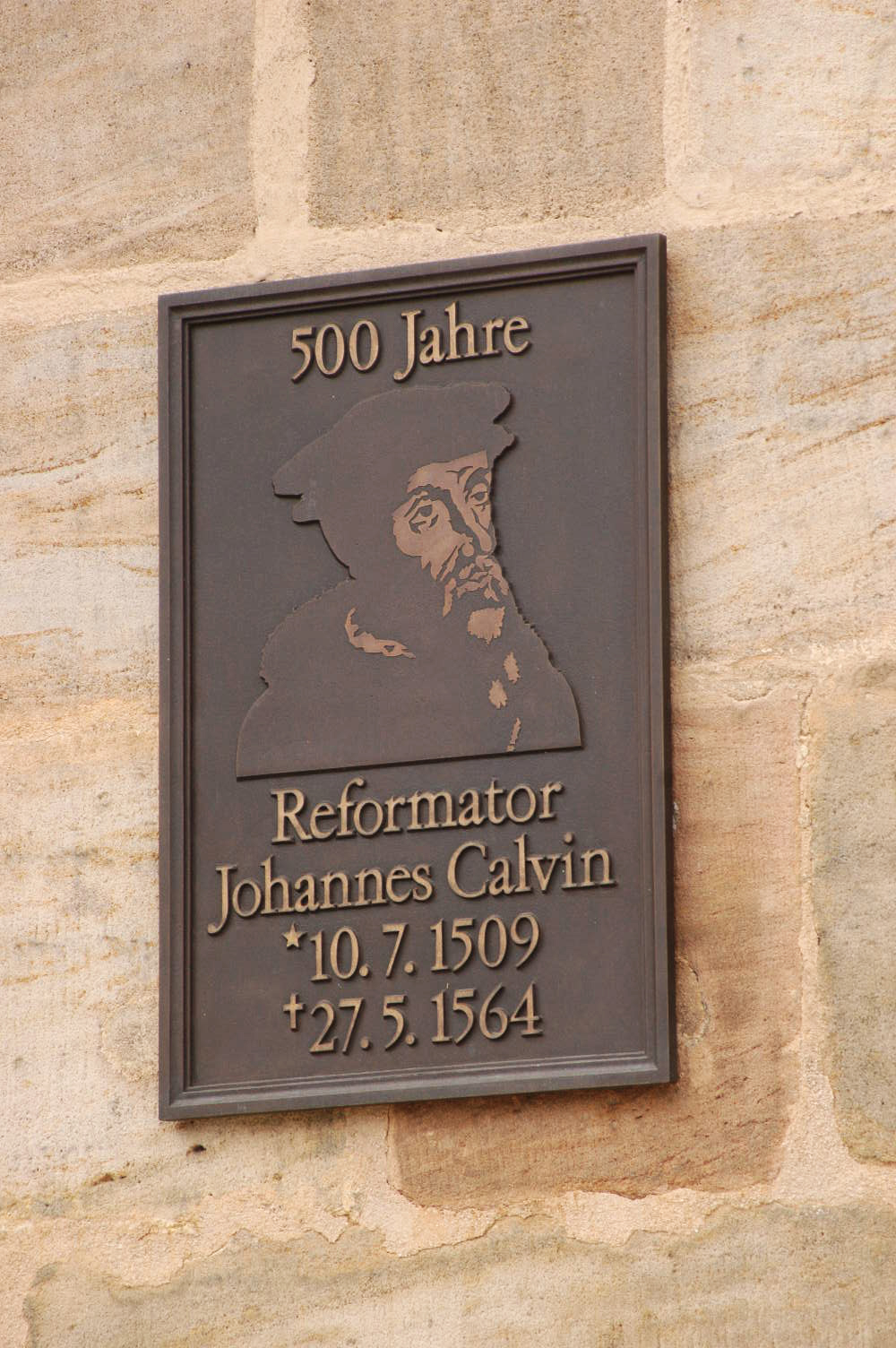 I was REALLY disappointed to find that it was LOCKED! Sigh. I was so looking forward to seeing what a Huguenot church actually consisted of! Rats!

I consoled myself by shooting the “Do not feed the pigeons” sign on the side of the building: 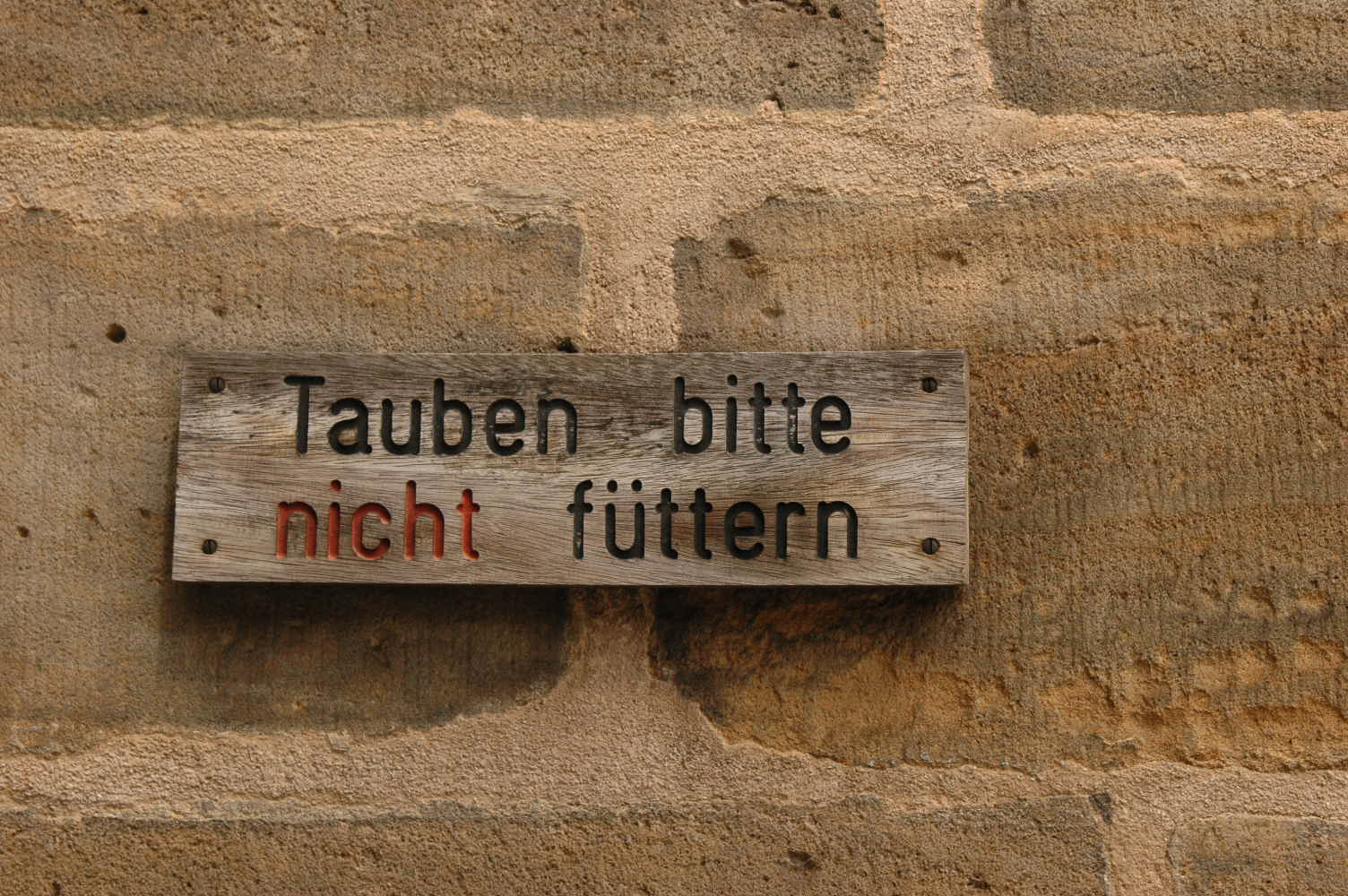 And by playing with the giant granite sphere fountain: 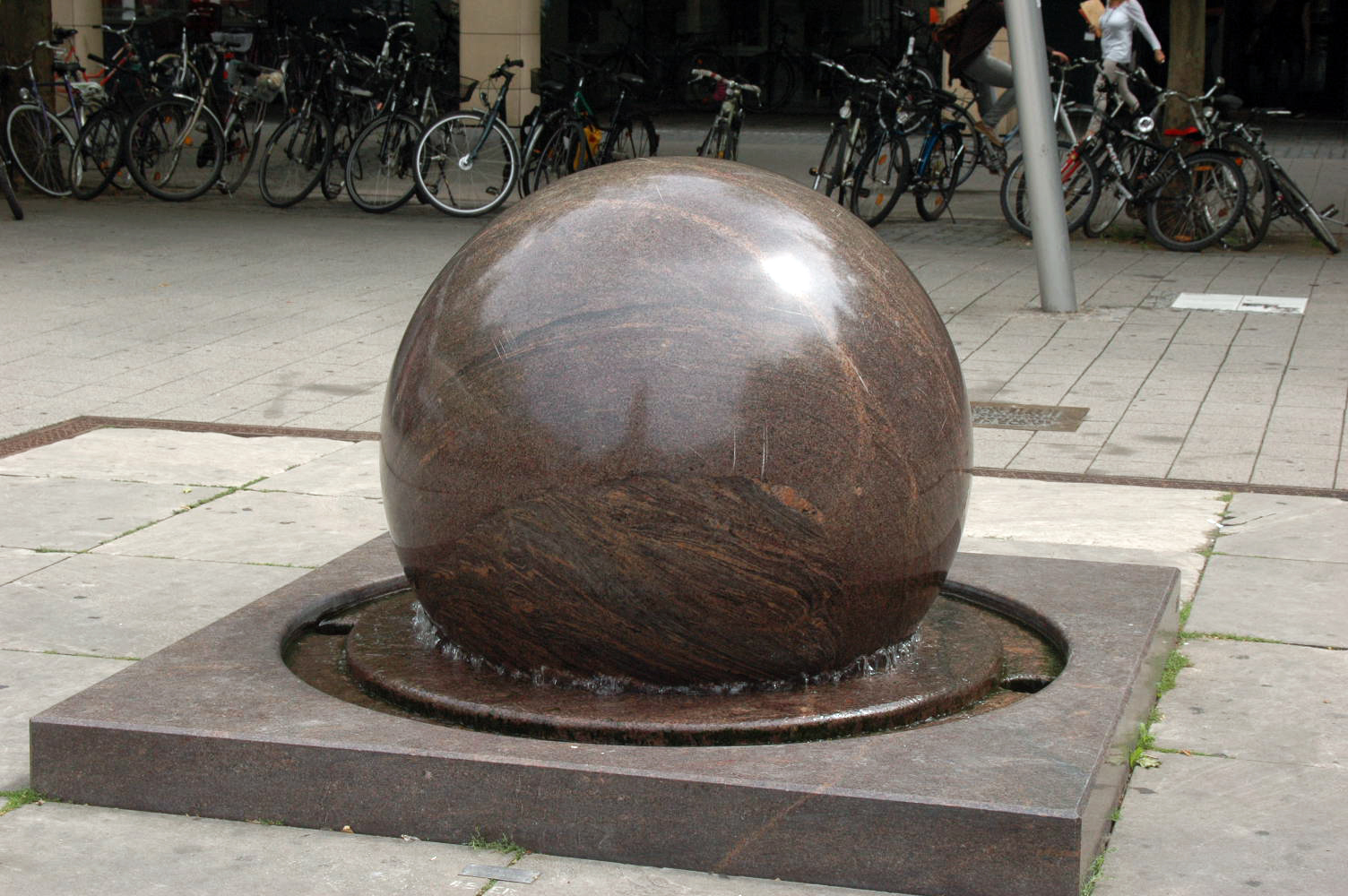 That big rock is actually floating on the water and rotates slowly if you push it. I think I want one for my front yard.

I also saw the harbinger of the Apocalypse dressed in a plaid flannel shirt: 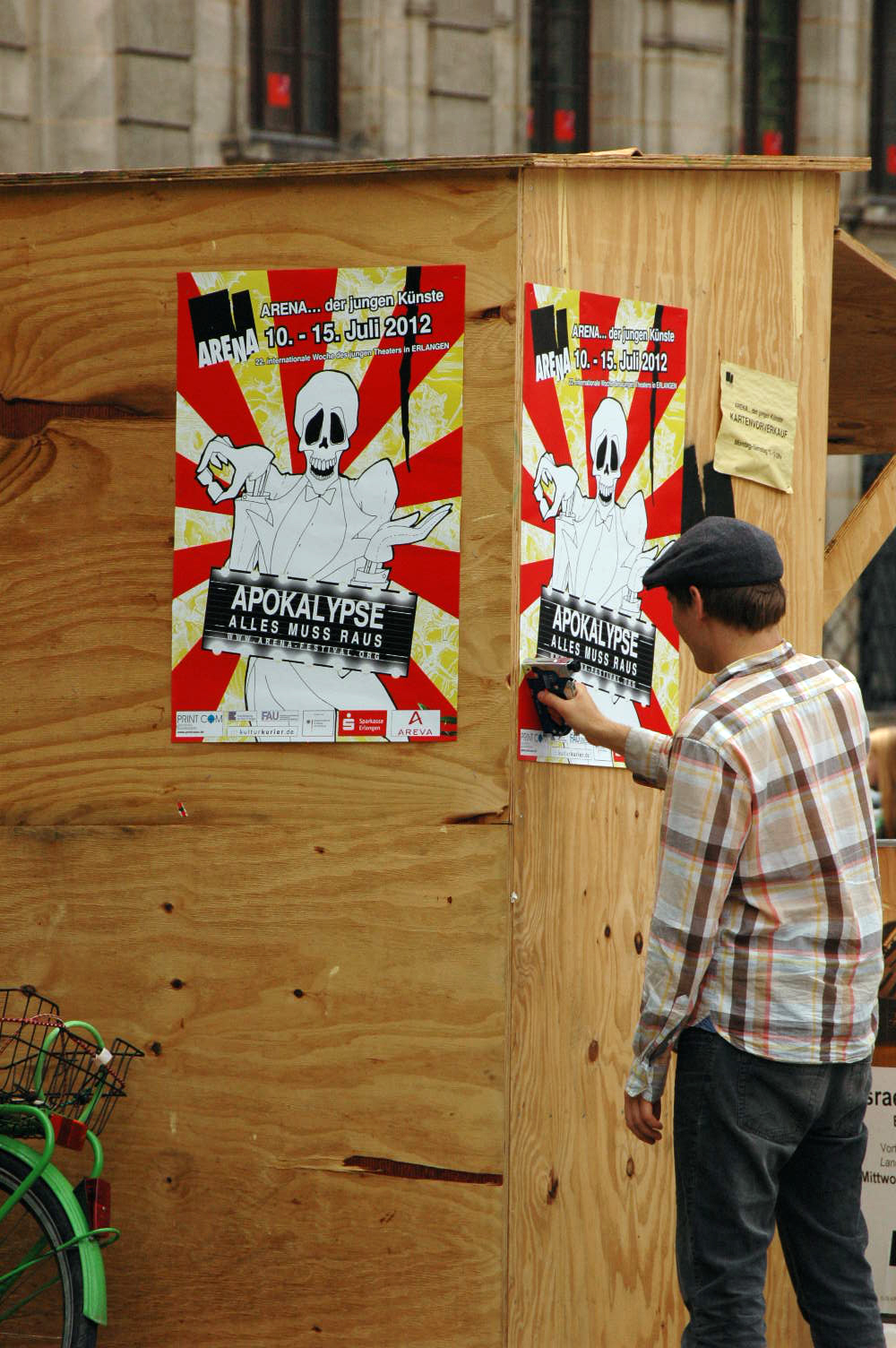 And this very unappetizing name for a coffee shop: 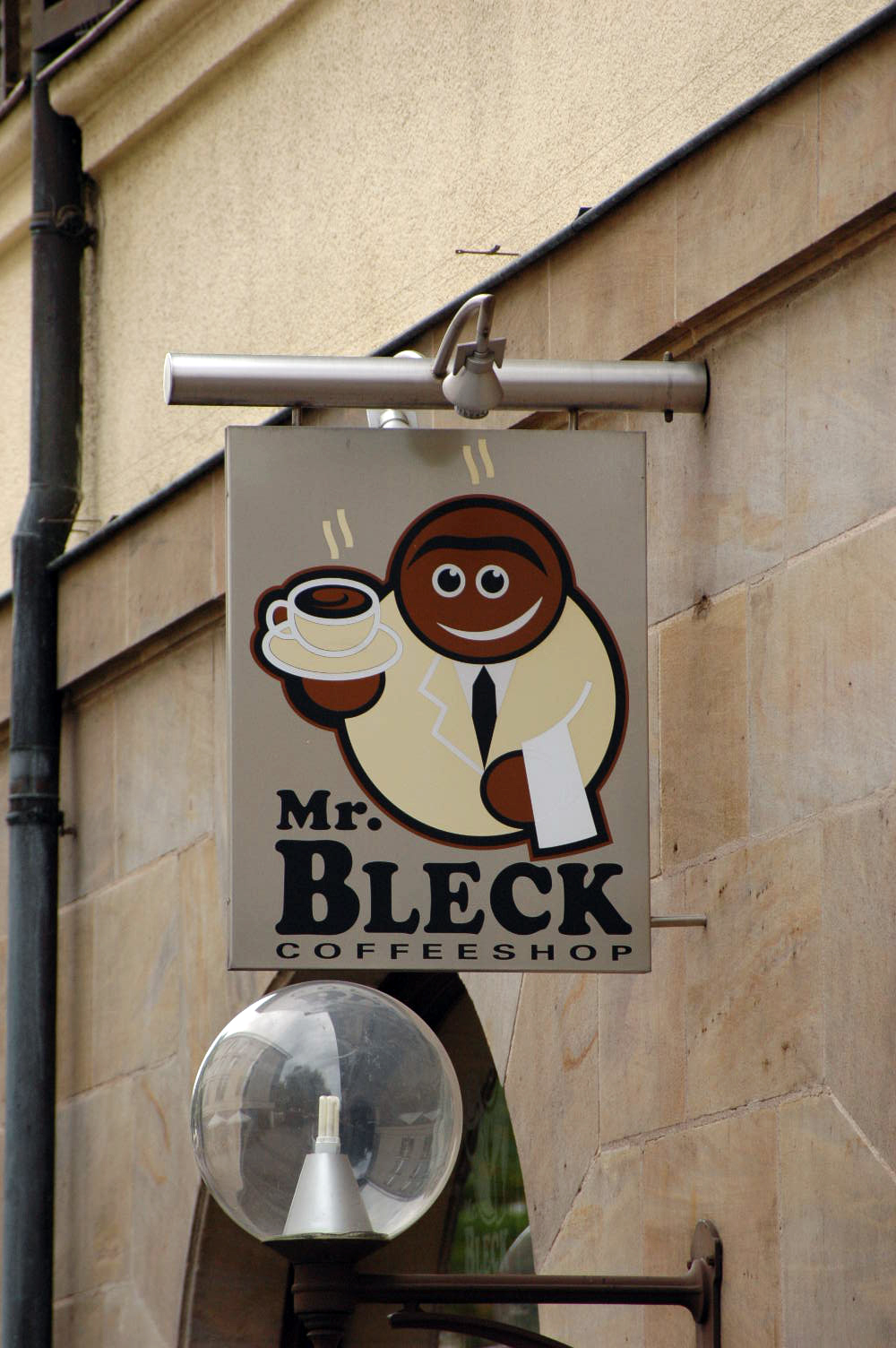 Since I arrived about lunchtime, my immediate destination was a Vietnamese restaurant named Mekong. The restaurant had the highest rating for Erlangen on TripAdvisor. 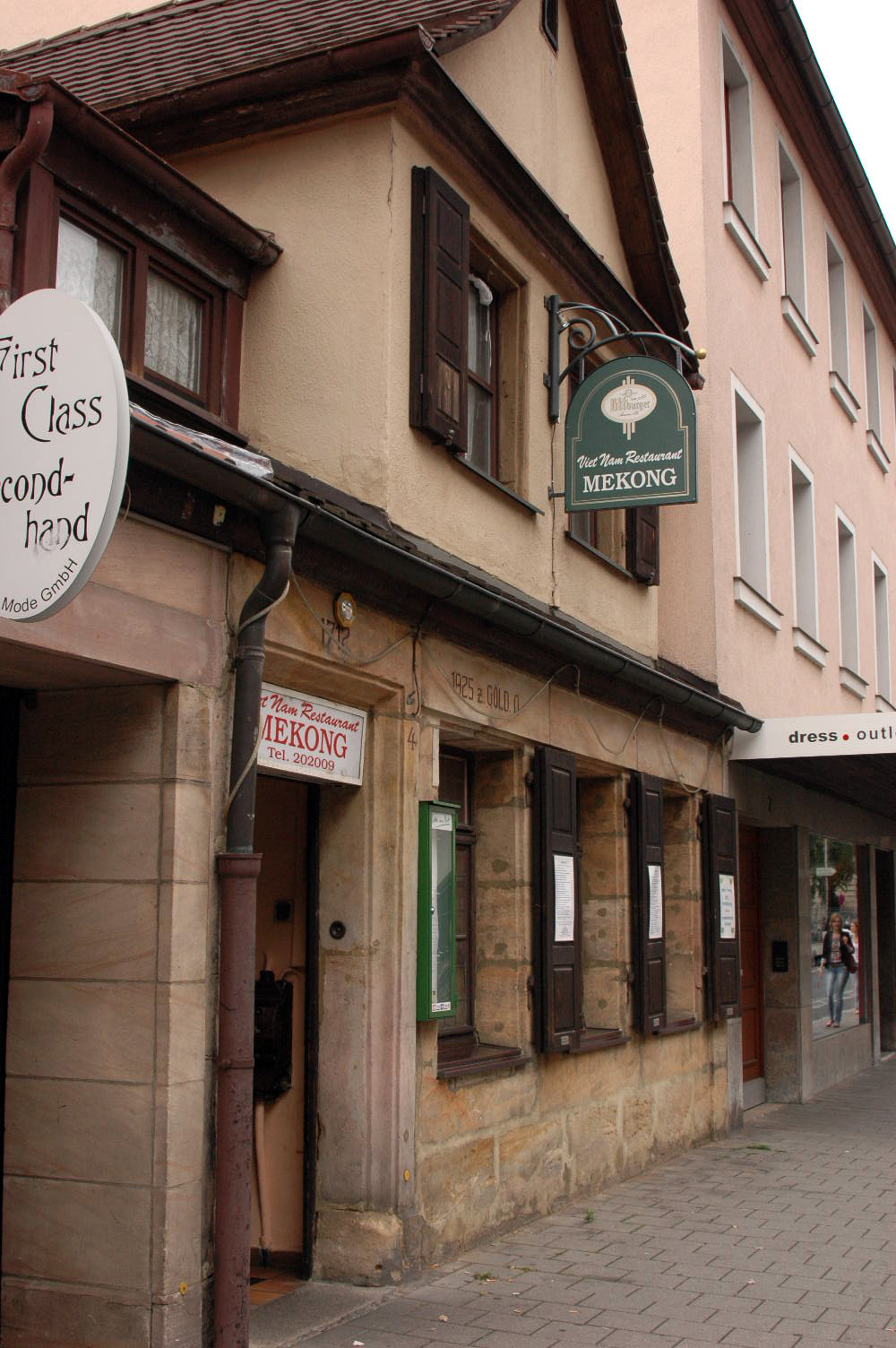 I was as surprised as you to learn of a local Vietnamese restaurant, especially in such a small Bavarian town. However, it’s a testimony to the presence of the university and Siemens, the major employer there.

The name of the place brought memories of machine gun fire from Vietnam movies I’d seen in the past just because the only time I’ve ever heard the word Mekong was in one of those flicks. The front of the place was so unassuming I almost walked right past it:

It was obviously a former German-style restaurant trying hard to look Vietnamese. It almost made it, too, with things like this collection of tiny musical instruments on the wall: 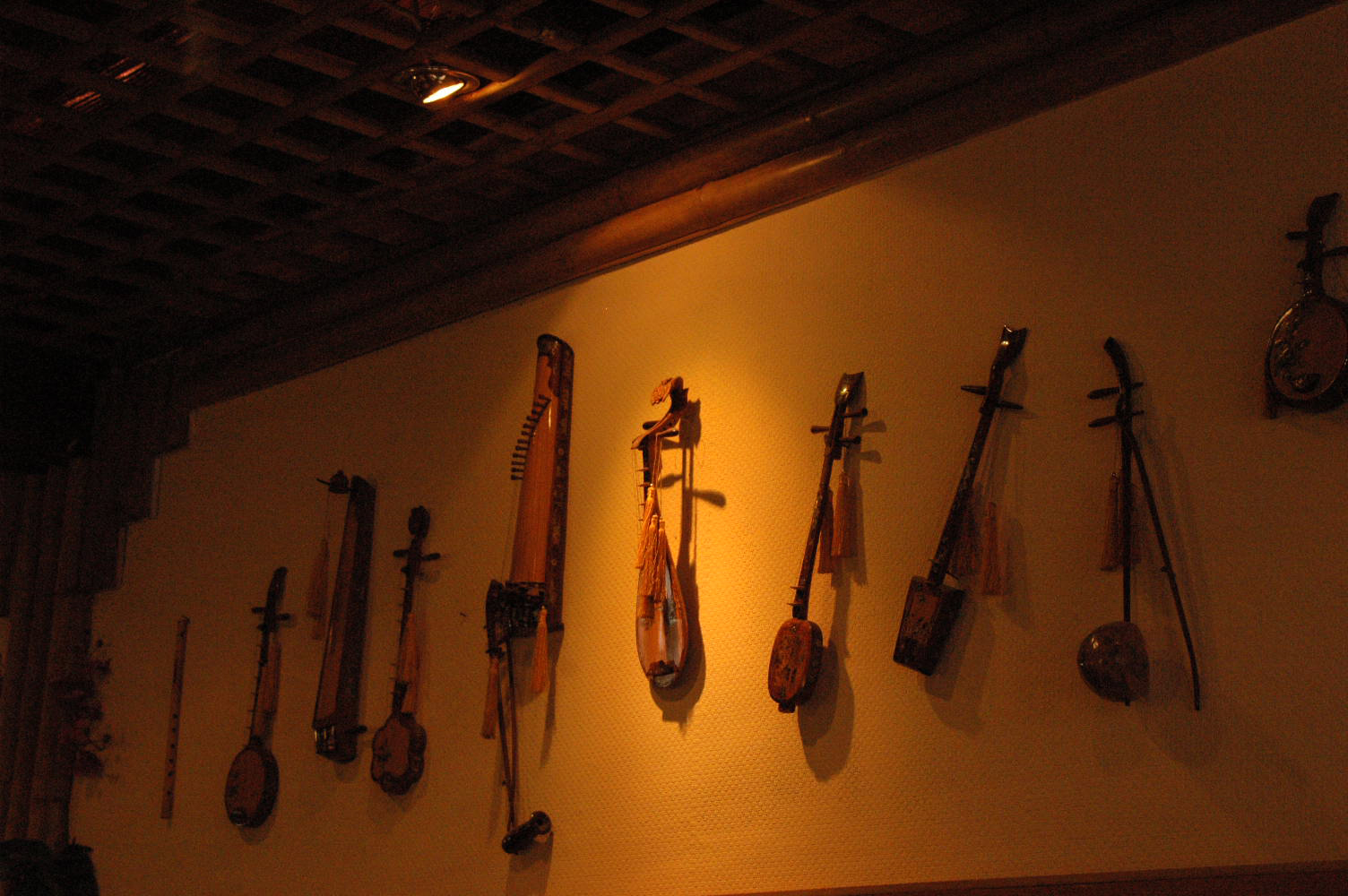 However, the big, green ceramic heater oven inside the room and stained glass on the windows depicting beer maids detracted from the effect. Still, it was nice. I found the strange music playing overhead (not the rattle of machine gun fire) and the foreign chatter of the staff in the kitchen oddly comforting.

There was a group of older people next to me, five retirees. It was wonderful to eavesdrop on them because they were talking about world cuisine, culture, travel and a host of other interesting things. Not once did they complain about aches, pains or the weather! I wanna be them when I grow up!

The high-speed waitress spoke very good German with an Asian accent. Unlike German wait staff, she must have asked me three times what I wanted before I’d actually decided. The protocol in Europe is to decide, then close the menu to signal the waiter you want to order. The waiter doesn’t approach you before you close the menu. This was more American style.

I decided on the spicy duck with vegetables – menu item M19 if you’re interested: 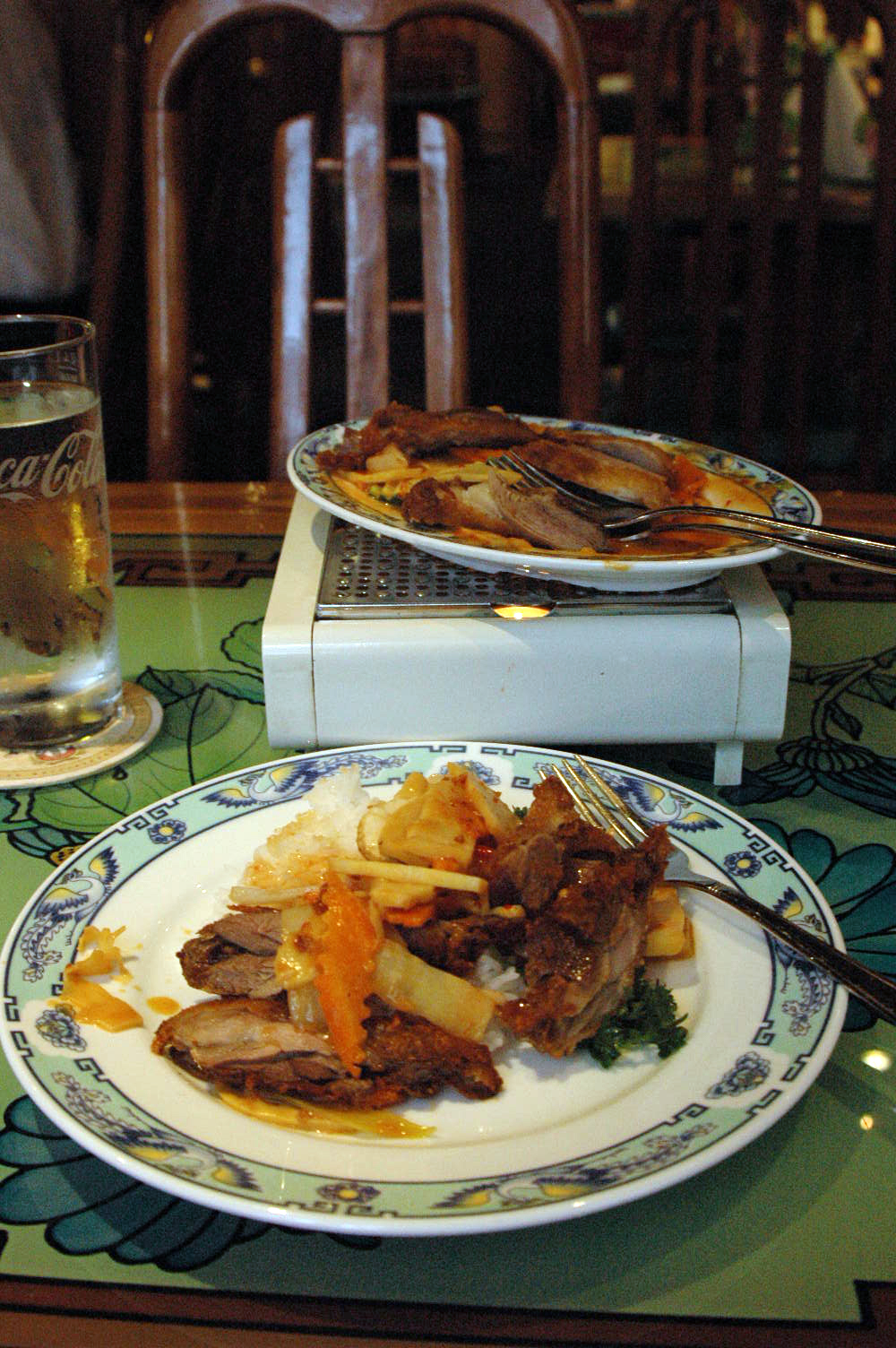 Well, Vietnamese or no, it wasn’t spicy. Even if it says so on the menu, spicy in German doesn’t register on my spice-o-meter. Fortunately there was a small spice tray on the table that I used to jack it up a bit. However, it WAS tasty!

Following TripAdvisor recommendations, I followed up the meal with Vietnamese coffee. I’d never had it and didn’t know what to expect at all. This is what they brought me: 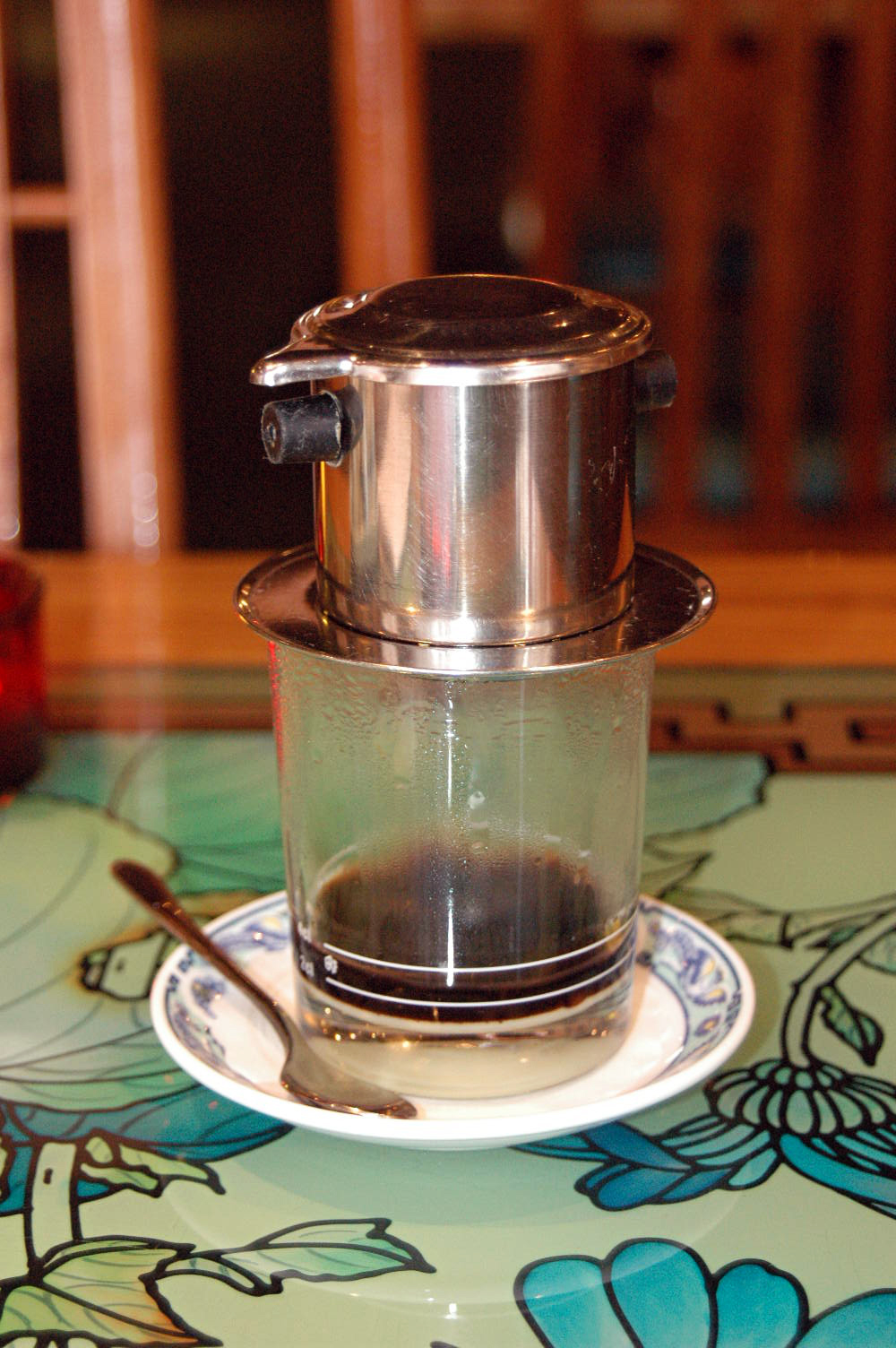 I let the dark brew drip out of the metal container into the glass. At the end there was probably triple the amount you see in this photo. I set the metal part aside and, since there was a spoon, I stirred it, even though there was no cream or sugar on the table. The brew immediately turned a lighter shade of brown and the scent of chocolate wafted up to my nose! When I sipped it, I discovered they had added chocolate and sugar to the cup first.

The whole thing was delicious and the perfect ending to the repast. I highly recommend this place!

So that ends Part 1 of my trip to Erlangen. Stay tuned for next week’s journal because I have fabulous pictures of the castle, the wonderful botanical gardens and a sculpture garden I climbed a giant hill to see. Have a great week! 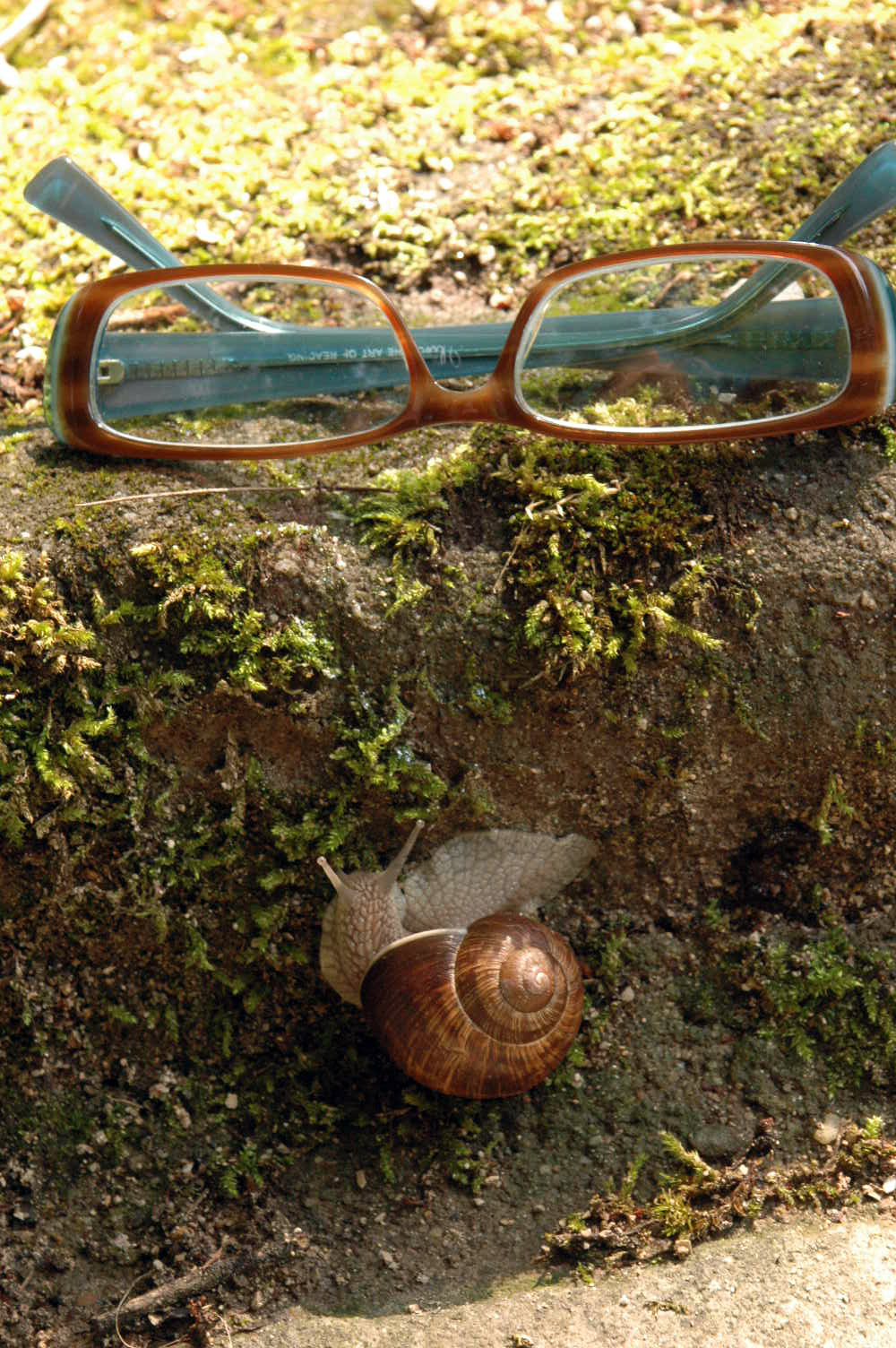