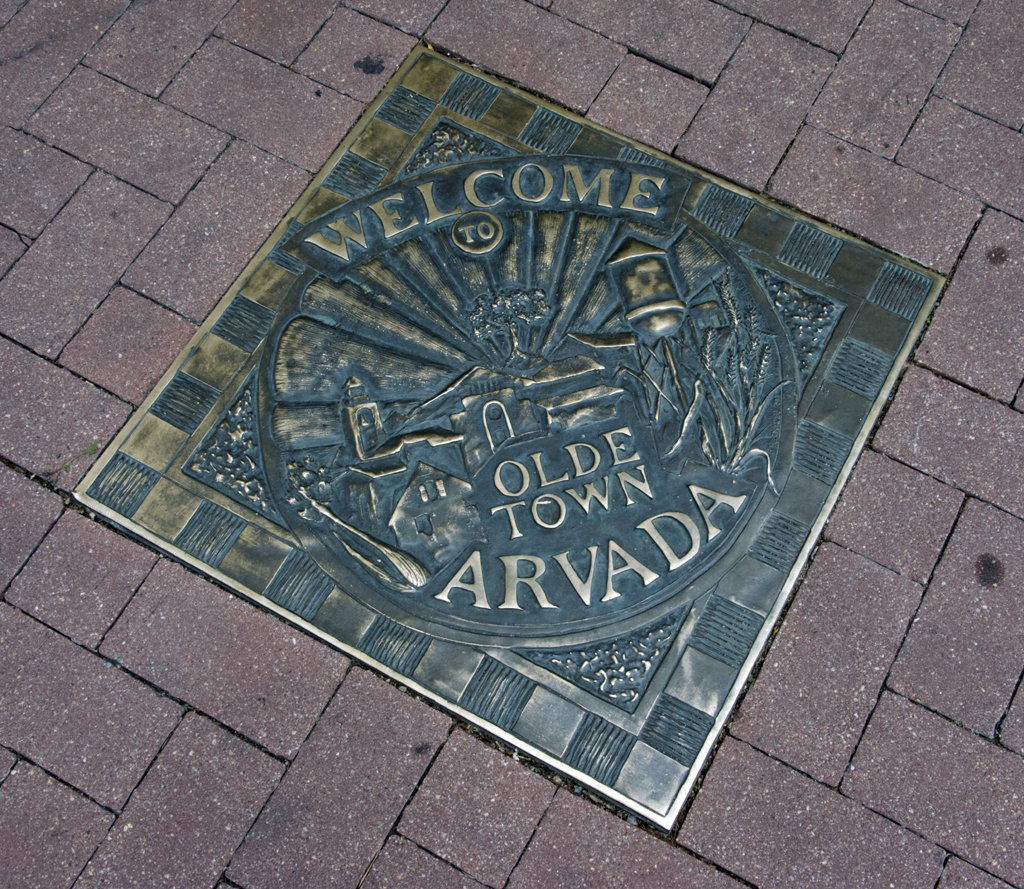 PLUS, starting today, in addition to the original four deals, you can get a two-fer deal on A Travel for Taste – Collected Czech Family Recipes. Get two signed copies for $7.99, including shipping.

Take advantage of this sale and do some summer holiday shopping today! For those of you who’ve already ordered, a huge THANK YOU!

Also, please SUBSCRIBE to the blog by using the bar across the top of the screen. I publish this blog for free, and I love doing it. My product sales help pay for the web hosting fees and such. Plus, you get freebies, discounts and other goodies if you subscribe!

On a recent Sunday when there wasn’t much going on, my husband and I looked up the nearest farmers market. Having just moved from Florida, we sometimes forget that farmers markets around here will end in September or October, so I’m trying to remember to check them out while I can.

But I did remember that day! There are several local markets near where we live, and most of them are only once or twice a week. The upside is that they are all on different days of the week, so I could visit one every day in a different location. Sundays are when the town of Arvada has their market, so that’s where we headed. Another reason for that destination was they have a German bakery there, and we wanted to see if it was authentic.

Arvada is a suburb of Denver, lying about 10 miles northwest of downtown. It was founded in 1870 because of the gold rush, and, after Colorado became a state, Arvada was incorporated in 1904. Like the rest of the Denver area, it has grown by leaps and bounds in recent years. I’d heard good things about it from my friend Carolyn in Florida, so I was looking forward to seeing it. I was not disappointed.

We drove the 20 minutes to Arvada’s Olde Town district that day and found a parking spot without too much trouble. They’ve fixed it up and preserved the historic downtown streets pretty well indeed: 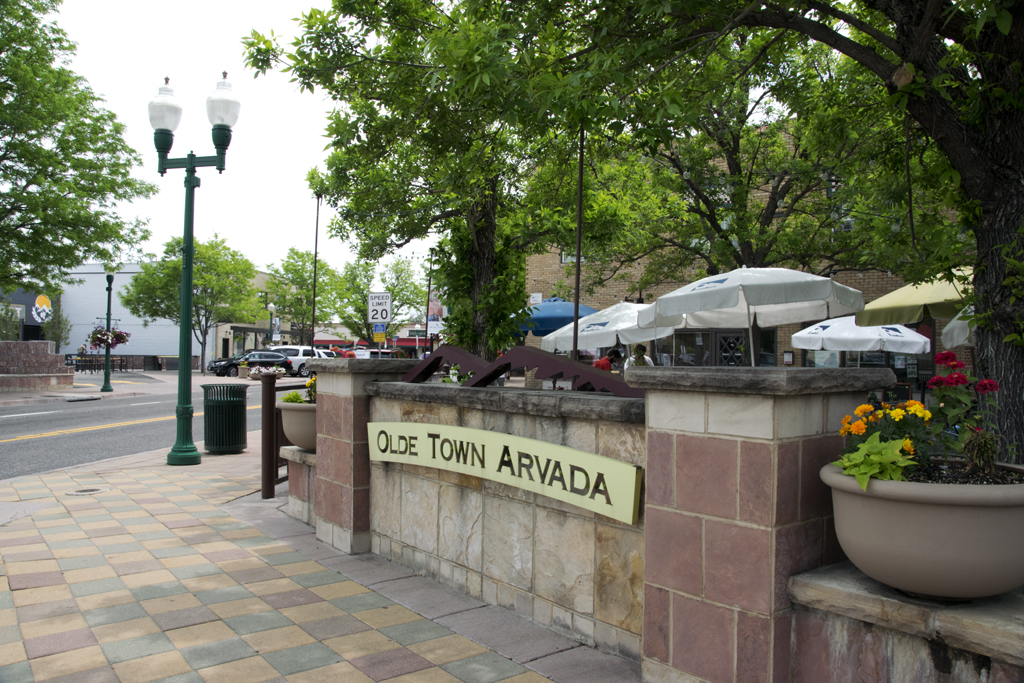 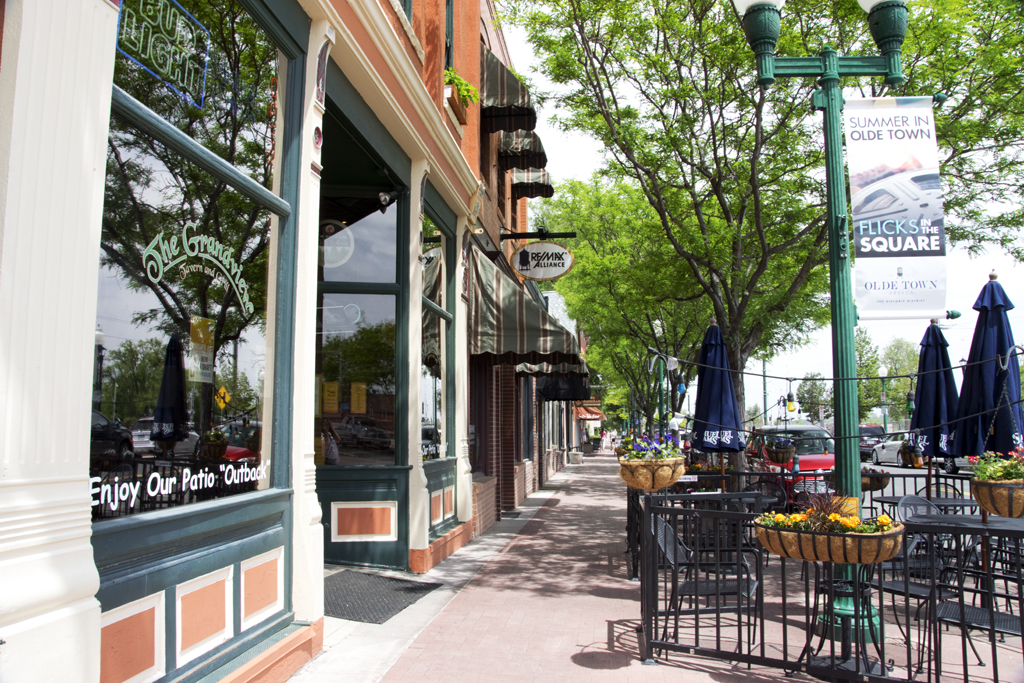 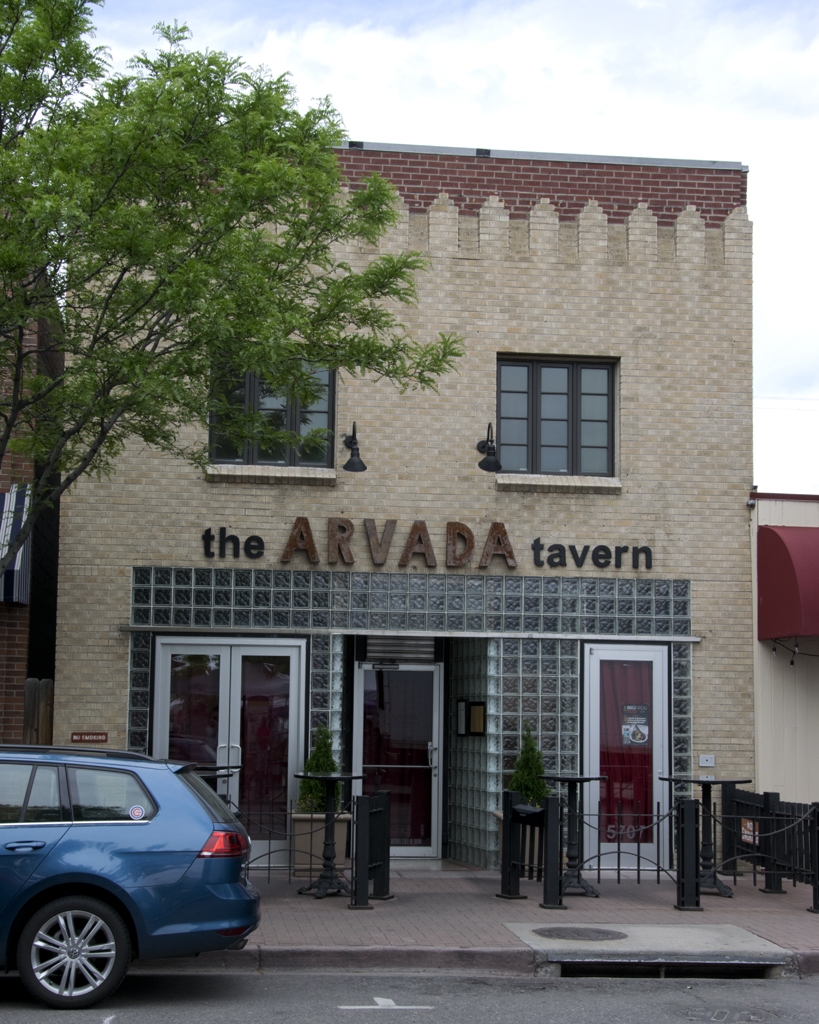 I’m always charmed by a city’s bronze manhole covers, water main access panels and such. I must have dozens of pictures of them from several countries. Here’s Arvada’s: 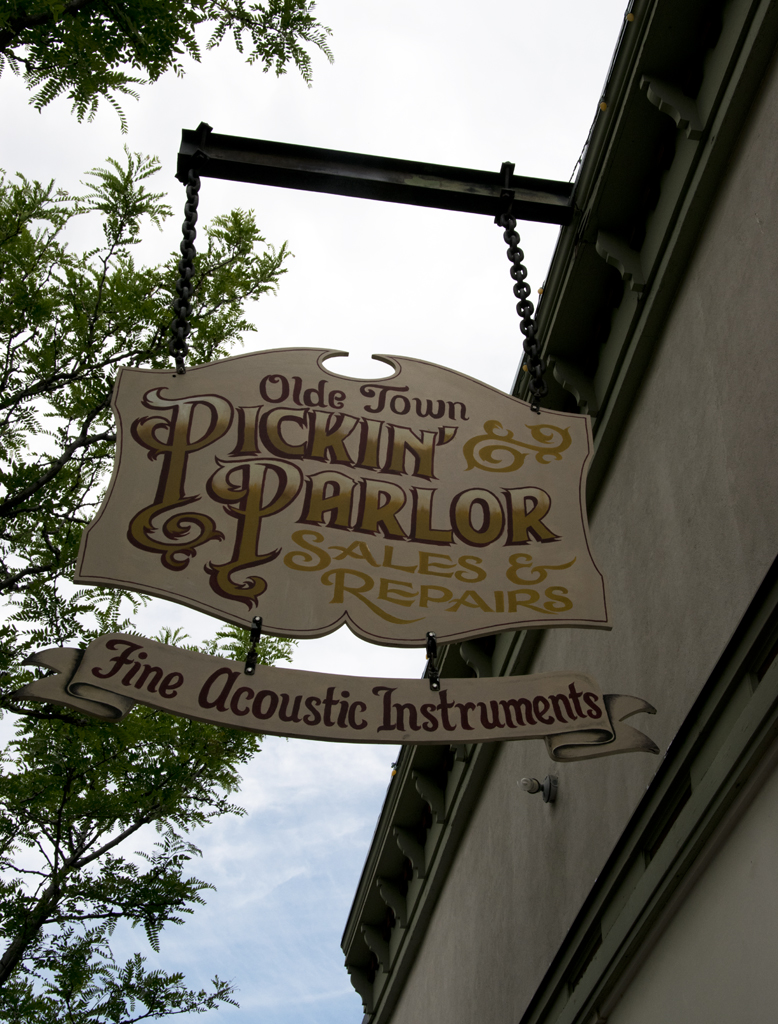 We found the bakery: The Rheinlander. 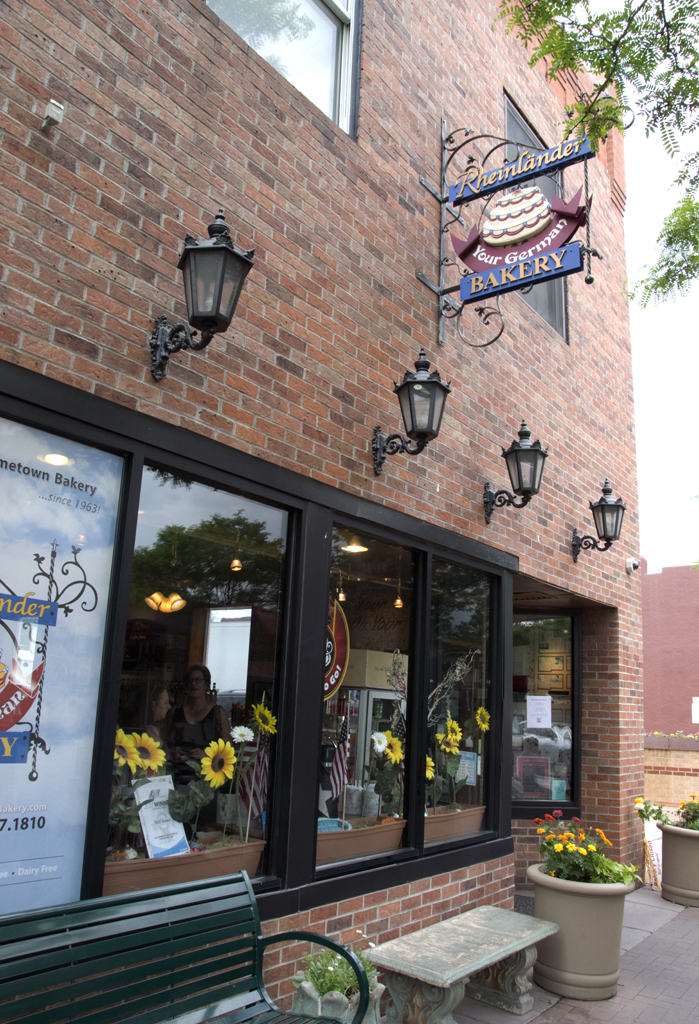 To be honest, we were not very impressed with the cake we bought from there, though the experience was fun and friendly. Maybe we just chose the wrong thing. The cake wasn’t terrible, just blah, so we’ll go back to try again. They had a big selection.

The farmers market is on the town square – rather small but nice: 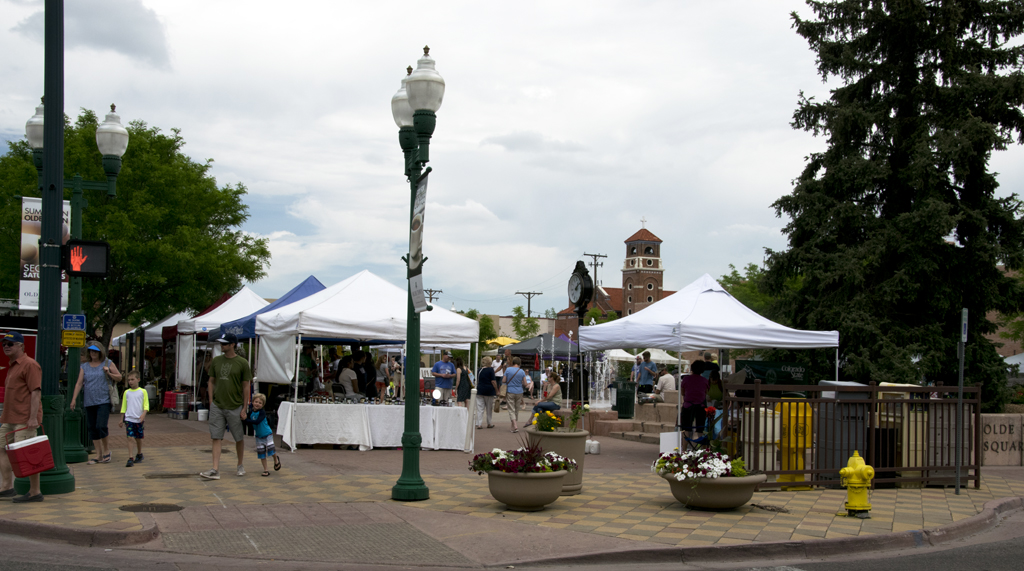 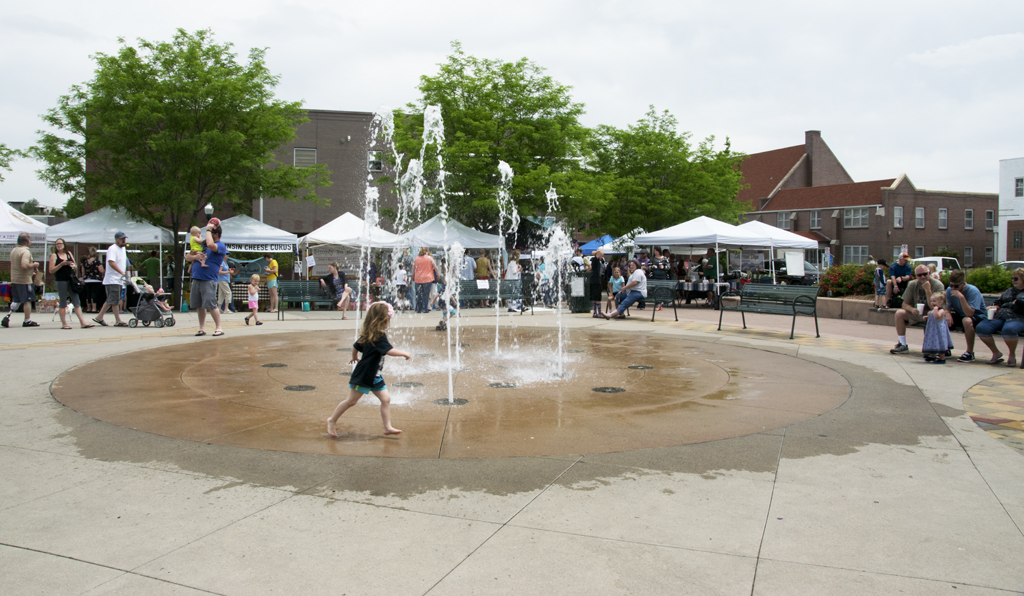 I still do not know what this is about – and it’s the padlock that disturbs me most! 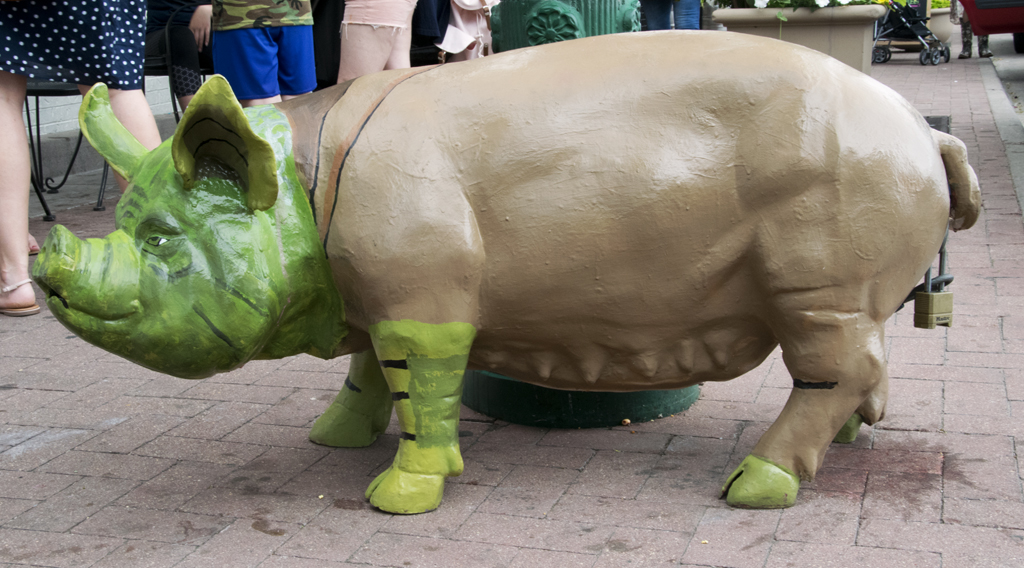 The most unusual thing we saw that day was a gathering of furries! It was the first time I’d seen furries in person. They were meeting at a place called, what else, Fuzzies Tacos. There must have been 30 or more people in animal costumes. I did some online research and found that the group’s name is Arvada Tails and they have a monthly meetup and procession in Arvada.

I’m so fascinated by people who involve themselves in this. I wasn’t sure they would mind my photographing them. In truth, many of them approached me, waving and posing for pictures I hadn’t even planned to take! It was a really friendly experience. I remember that most of them were much taller than me – probably the costume? – and I felt a little, well, I guess the word would be “engulfed”. It was a nice, comfortable feeling, though. Another thing that stands out is that the costumes were really quite lovely with bright colors. I don’t understand why someone would dress up and take part in something like this, but I would love the opportunity to talk to someone who does. Any takers?

We also saw an Odd Fellows Hall. I’ve read about the I.O.O.F. (Independent Order of Odd Fellows) and even saw a documentary about them recently. First time I’d seen a hall, though. 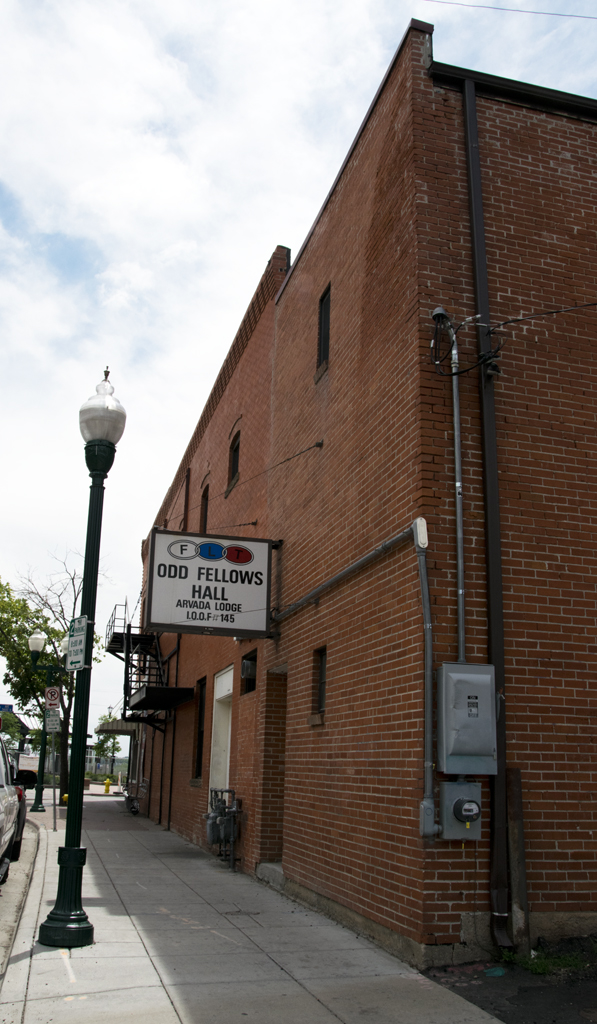 There were other sights and sounds that day, of course, but it was getting warm and we were hauling around a big bag of vegetables from the farmers market, so we decided to head home. But not before I got a picture of this sweet bike! 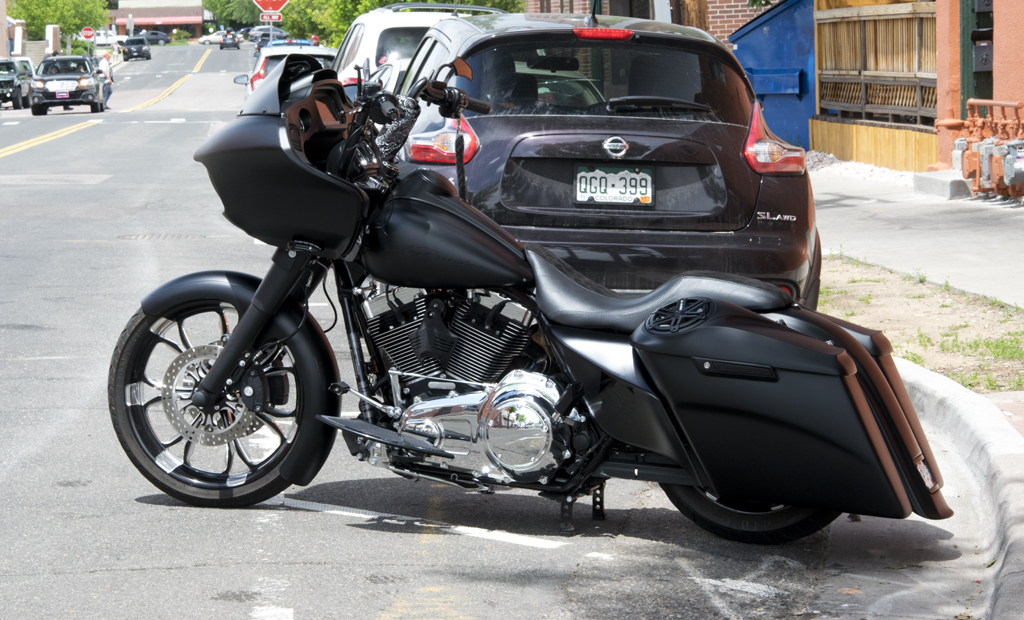 I really want to go back to Arvada’s Olde Town soon, especially on a weekday so I can get better photos. Also, they have a very well-known Center for the Arts and Humanities a few blocks away that I’ve seen from the road as we pass by. It has an extensive sculpture garden and a very good reputation for its exhibits. As with everything, I know there are also some pleasant surprised awaiting me, too! 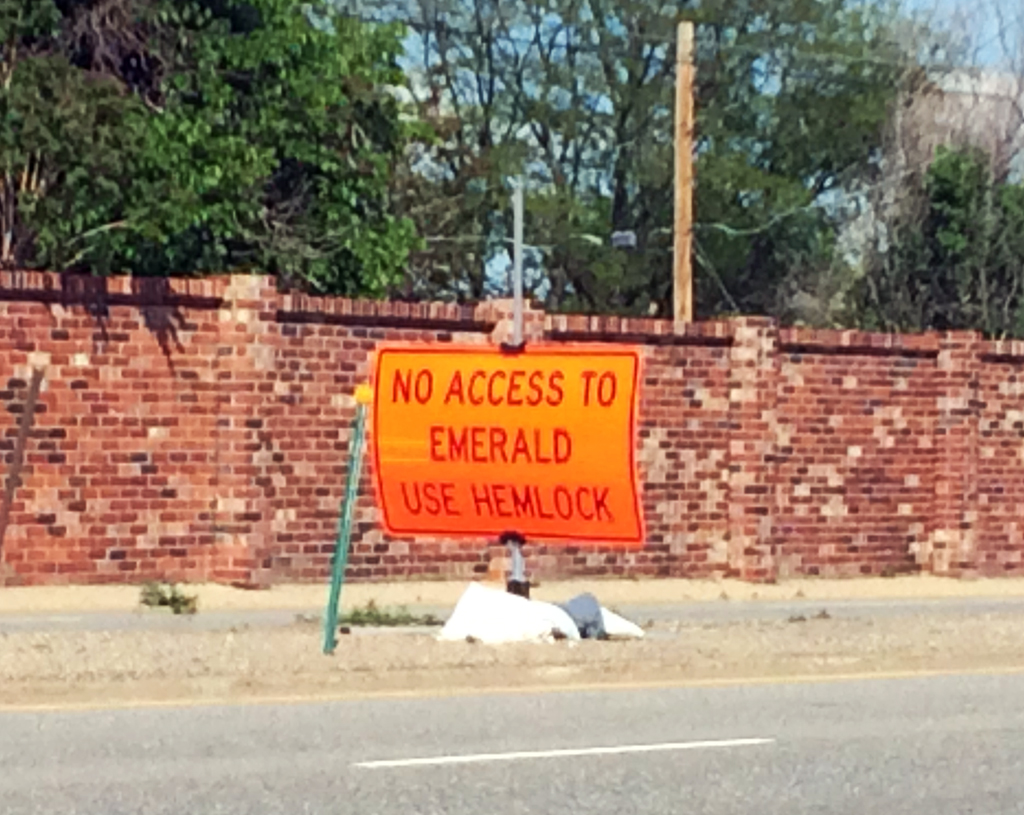