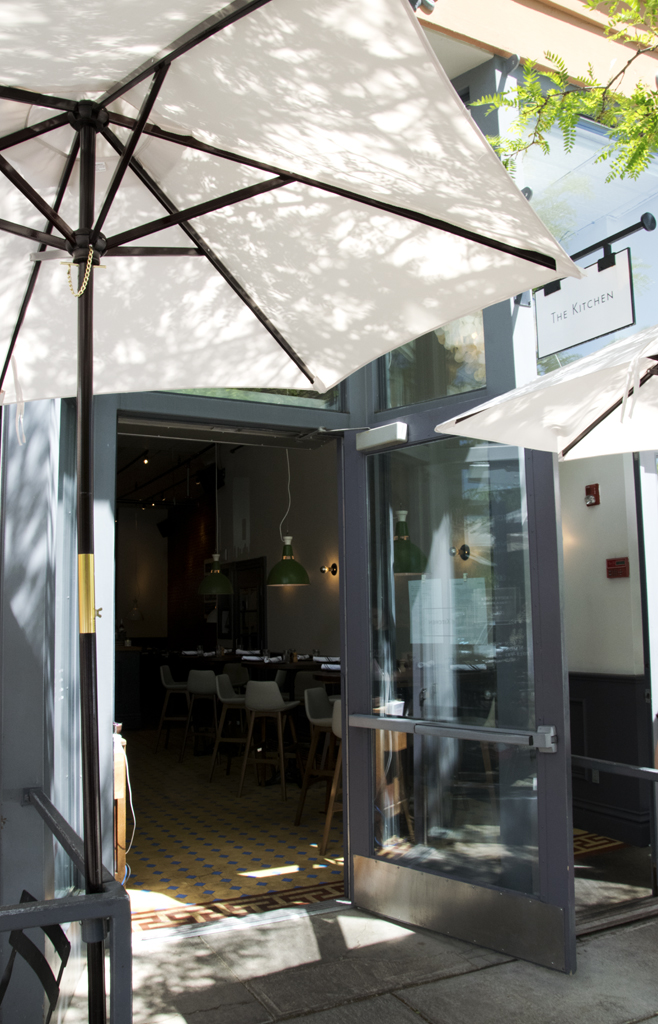 I know you read last week’s post about Pearl Street Mall in Boulder, Colorado. If you haven’t, do it now. Go ahead, I’ll wait.

Ok, now that you’re familiar with the area, head to the west end of Pearl and cross the street that ends the pedestrian area. On the north side of Pearl, about a quarter block from the corner, turn right into The Kitchen bistro.

The Kitchen is a self-proclaimed bistro that focuses on locally sourced, farm-to-table fare. Everything is super fresh, and the menu changes often, depending on what’s in season and good. Icing on the cake is the wine! They specialize in pairing the best wines with their food. Often the wine is something you never heard of or can’t easily get at local liquor stores. 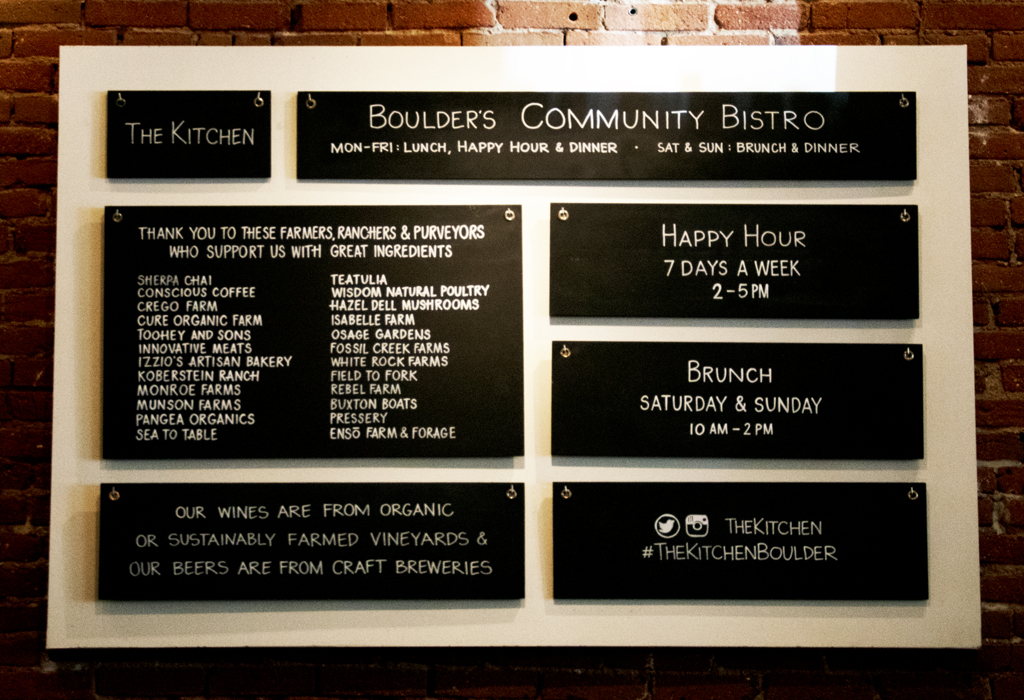 I’ve seen The Kitchen on all the “best-of” lists in Boulder, and I’ve seen the location in Denver but never stopped there. The first time I dined at The Kitchen was in May this year. My brother-in-law was visiting and had offered to buy us lunch. I didn’t hesitate to drag us all to The Kitchen. As it happens, it was UC Boulder’s graduation day as well, so there were a LOT of people with the same idea. However, we arrived rather early and managed to get a table right away. We chose a really small space on the sidewalk, but somehow it was more private than it looked and was great for people-watching: 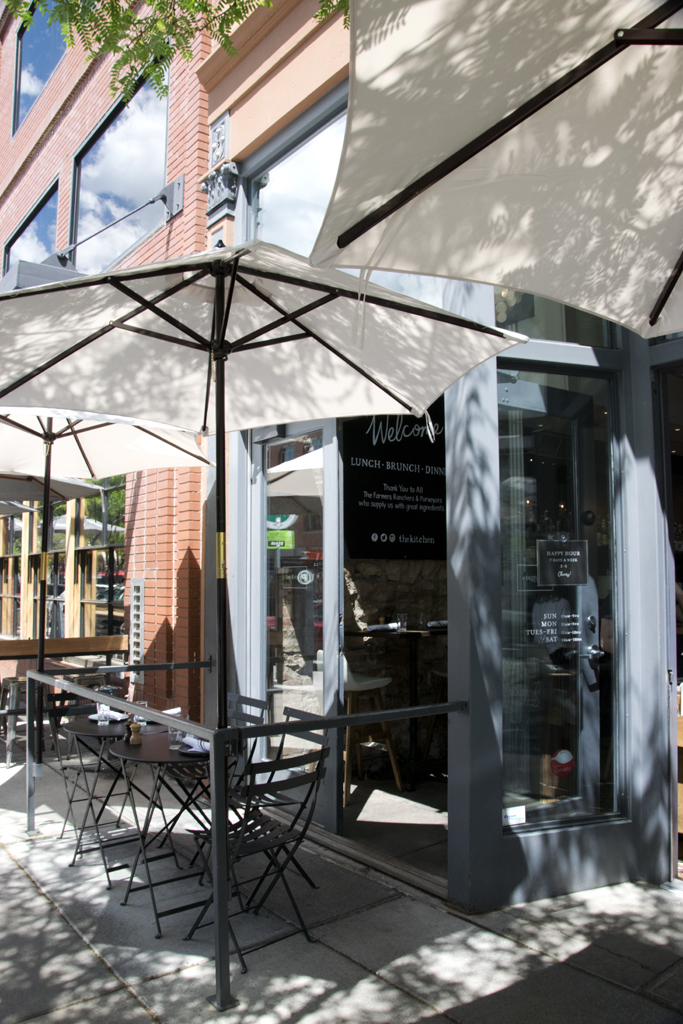 There is a related yet separate cocktail lounge upstairs, cleverly called Upstairs. I’ll visit that one soon! 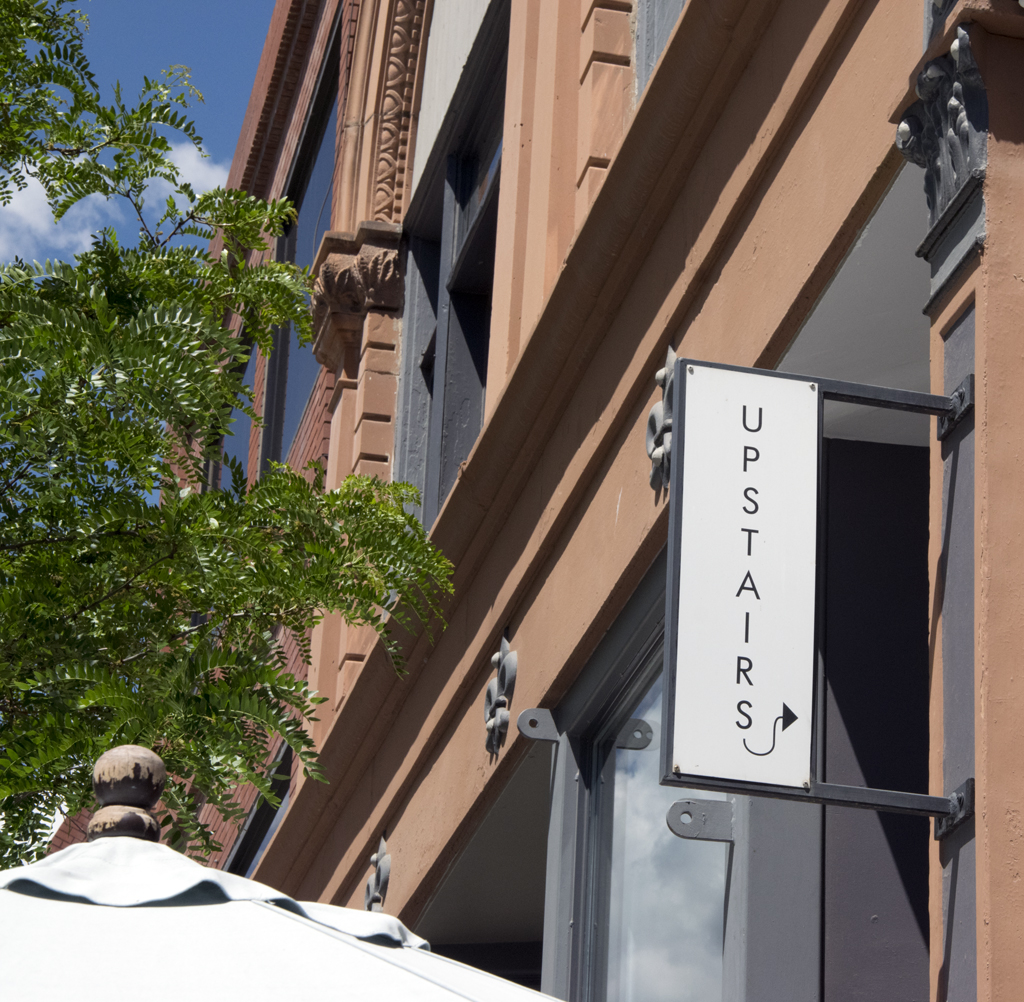 This year they are celebrating their 15th anniversary! 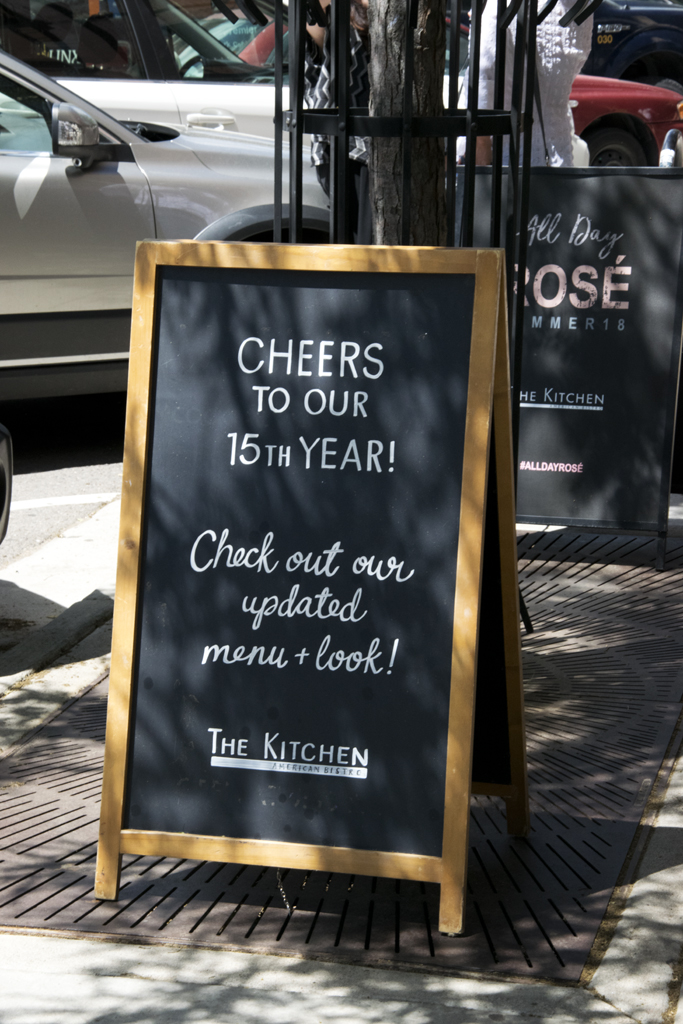 The place isn’t very big, about the width of a regular storefront, but it stretches the length of the entire block.

In addition to the crowded graduation-day meal, my husband and I returned a couple of weeks later, sans brother-in-law and sans the crowd. It was better for photos, of course, and here are some interior shots. 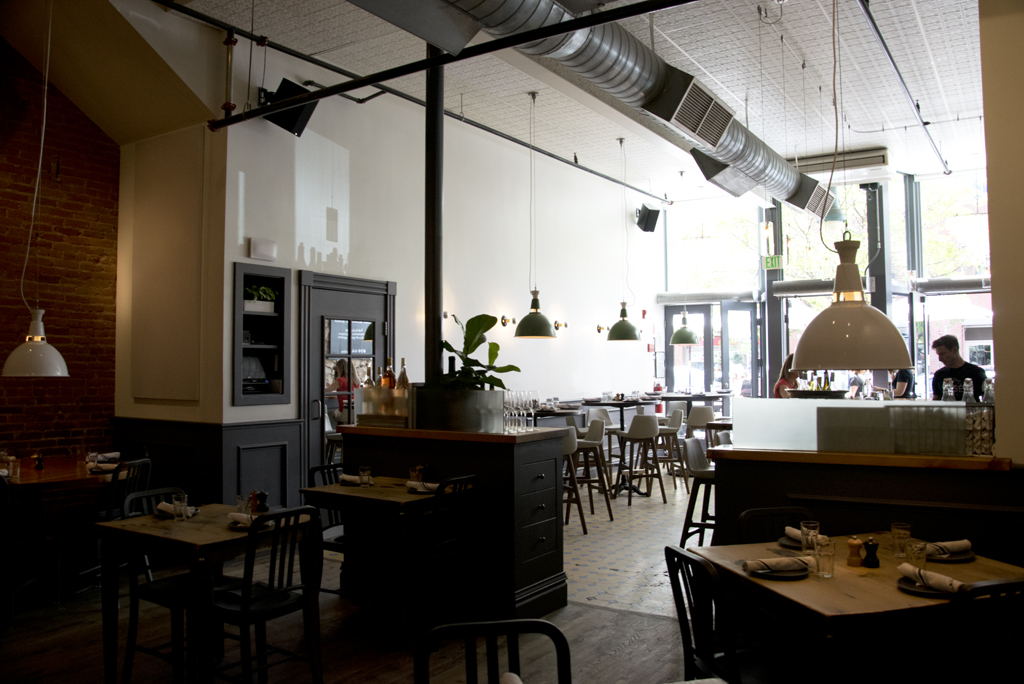 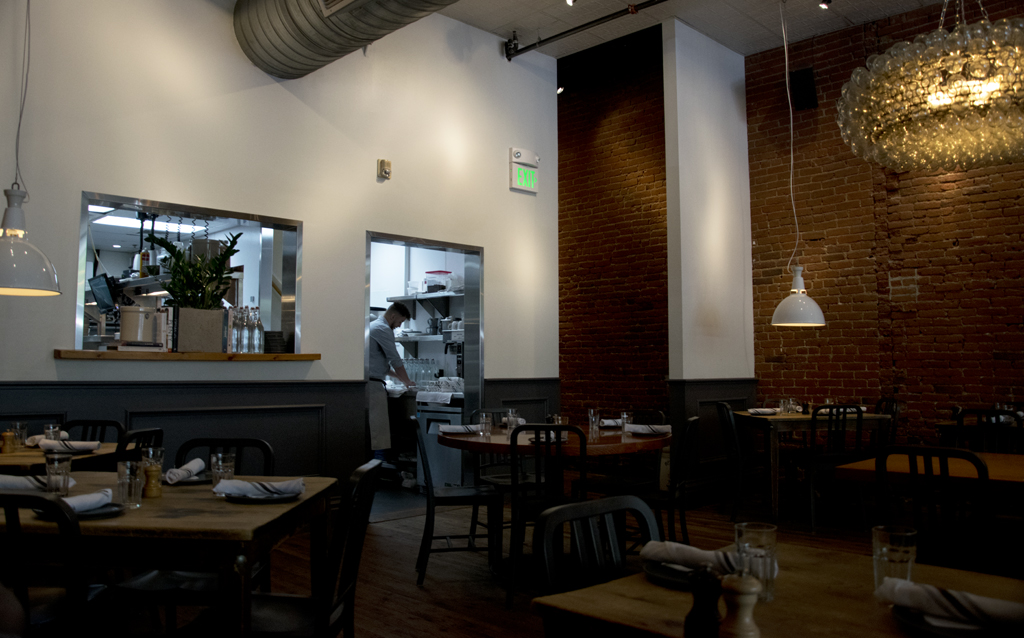 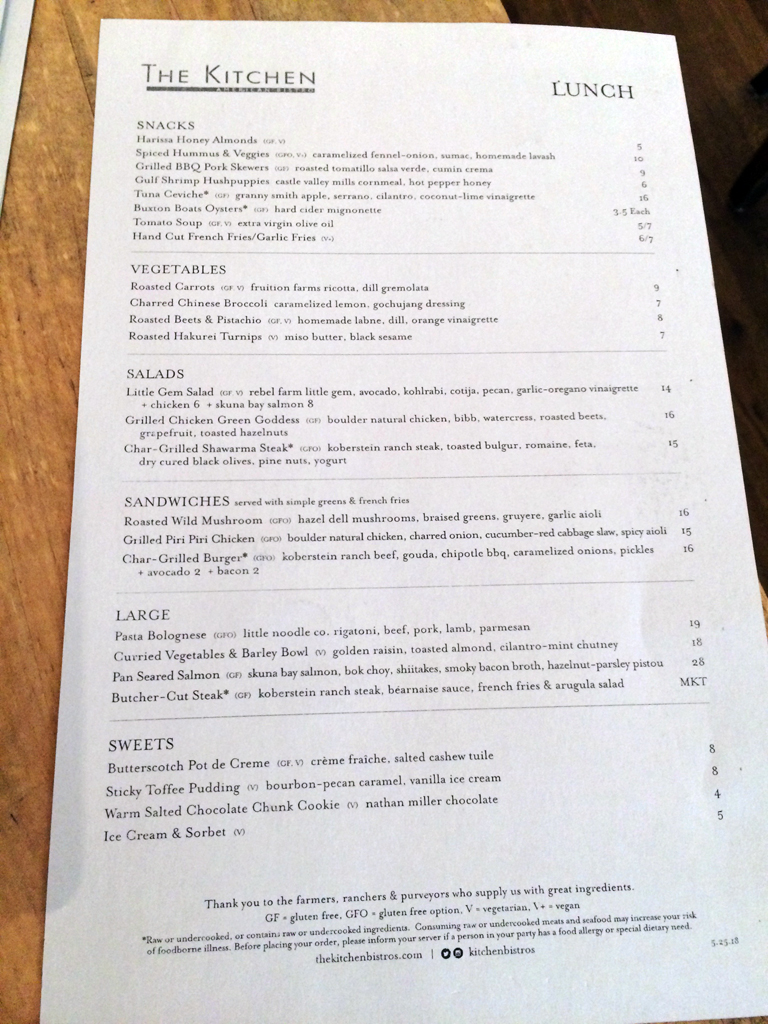 At present they are featuring summer wines with a special on rose’: 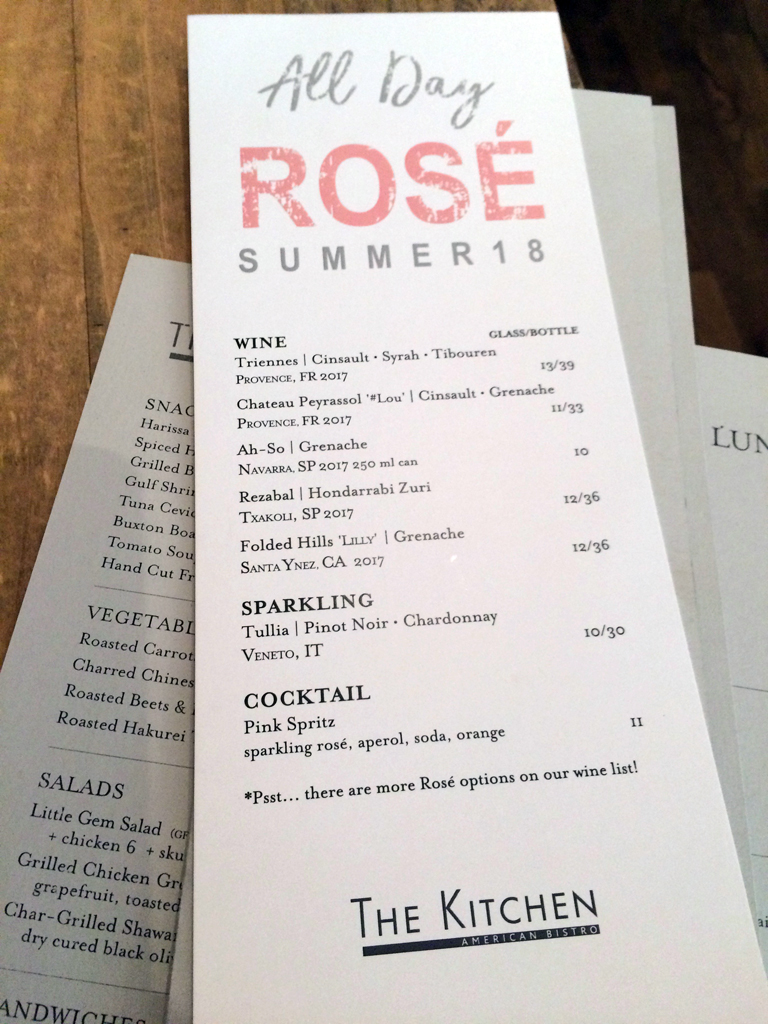 On that second visit, I chose the Rezabal, a Spanish rose’. I’d never had Spanish rose’, but I love Spanish reds, so I took a chance. It was marvelous – and beautiful! 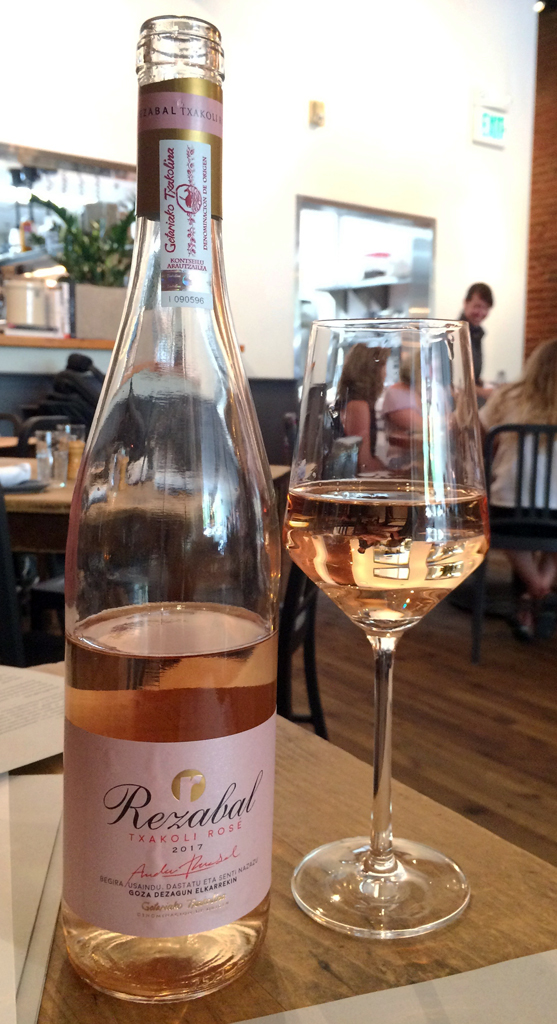 Can a wine be dry and fruity at the same time? Also, it was chilled, which was great with the ceviche we ordered.

Here are some of the menu items we’ve sampled from both visits and other tidbits:

The service at The Kitchen is impeccable! In fact, our waitress from the first crowded incident remembered us and what we ordered when we spoke to her on the second visit! We were waited on by multiple people, runners and so forth, who all seemed up-to-date on what we ordered and what hadn’t shown up at the table yet. And the food took no longer to arrive during the crowded visit than on the not-crowded one. Impressive.

In researching this article, I discovered that there are other The Kitchens in Colorado (Denver and Ft. Collins), as well as Chicago and Memphis. The Boulder location is the original, though. The biggest surprise from my research is that the restaurants were co-founded by Kimbal Musk, Elon’s brother! The other co-founder is Hugo Matheson, a renowned chef. He and Kimbal also founded a non-profit that brings food gardens to schools to educate young people about where their food comes from.

In case you cannot tell, I highly recommend this place. The prices are more than reasonable for what you get there and the people are fantastic. Although I want to try out many other places in Boulder, it will be hard not to want to go back to The Kitchen each time! 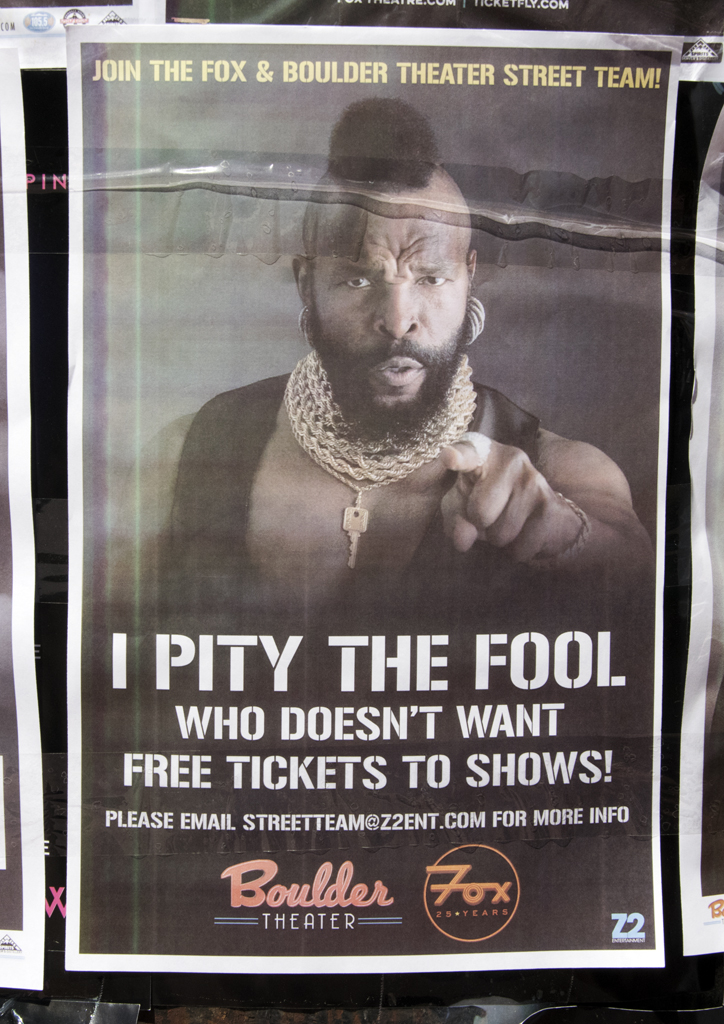