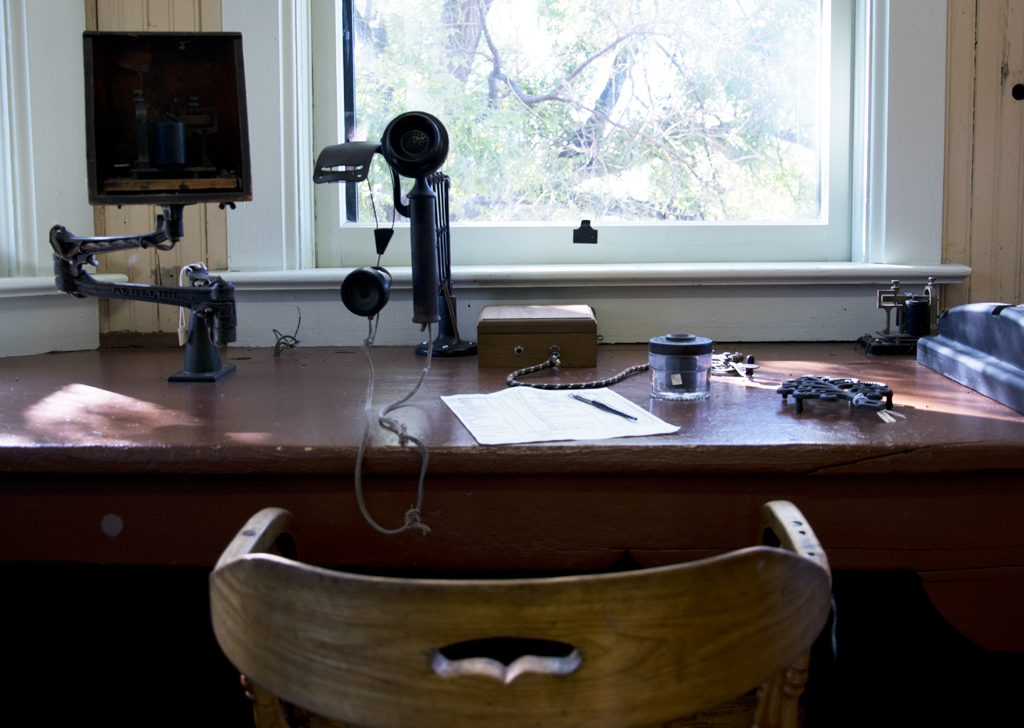 Well, I hope you all voted for Pedro and that all your wildest dreams are currently coming true. On to the blog:

I previously wrote about the Broomfield Depot Museum in my post about Shep the Turnpike dog. I’m happy to say that the supervisor of the museum, Tara Templeman, saw the post and wrote to me. She offered a personal tour of the museum, which I gladly accepted. Now I’m able to bring you photos of the interior of the museum and some info about local history.

I arrived at the museum shortly after it opened on a recent Saturday morning.

I saw the newly-renovated-and-painted-in-authentic-colors baggage cart: 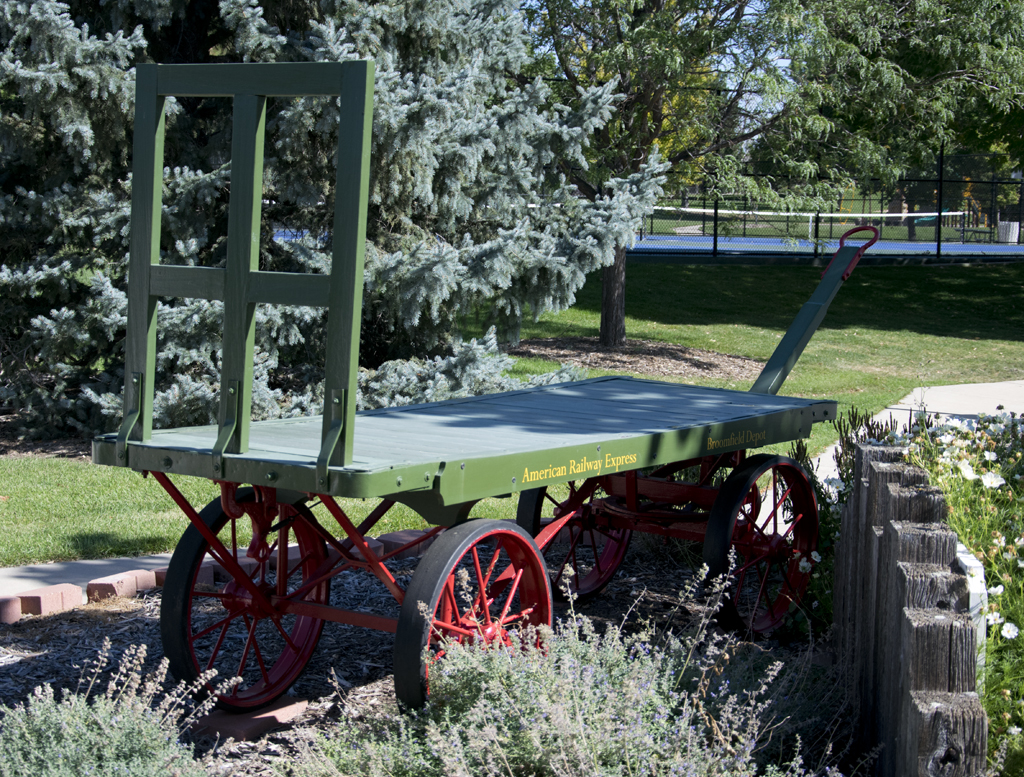 I was greeted by Tara who put me into the capable hands of a thoroughly knowledgeable guide for the first part of my visit. I believe his name was Paul Tice (I hope I have that right – my apologies to Paul if it’s not). He provided an in-depth, unhurried and fun tour through the depot. I was very flattered by the amount of time he devoted to my visit that day – we combed every corner!

The other machine I saw on my earlier visit, the fanning mill, was missing from the yard. If you don’t remember it, check out my last blog post about the Depot Museum – there’s a picture I took and comment from Tara explaining it. Tara told me later it was out for renovation and would be returning to the museum soon.

But this post is about the interior tour. First, Paul led me into the station agent’s office:

This room is where the agent sold tickets and communicated with other stations to make sure the trains ran smoothly. I was very excited that they had the old telegraph machine! It was the method du jour of long-distance communication in 1909 when the station was built. I had to stop myself from tapping on it: 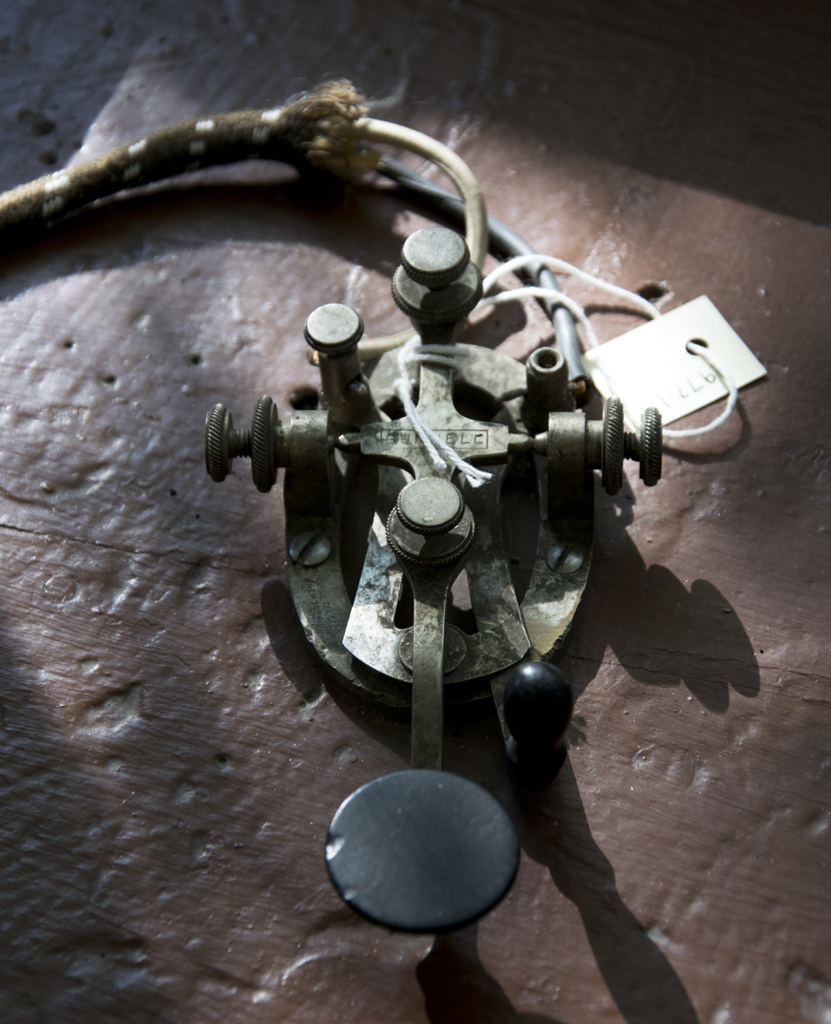 There was a typewriter for official correspondence: 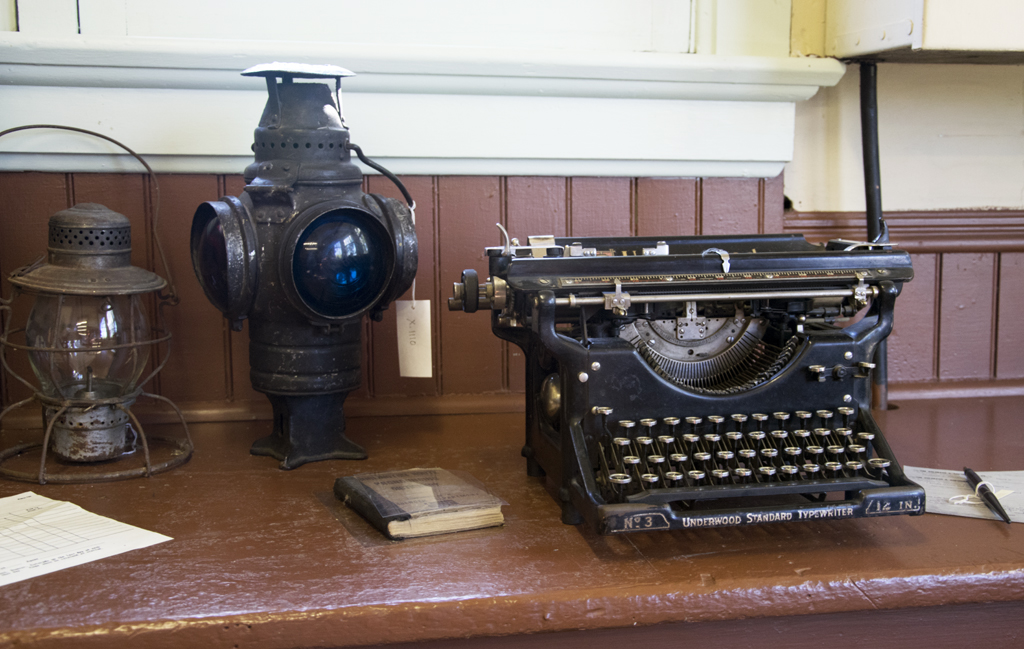 And, of course, they had to keep the money safe: 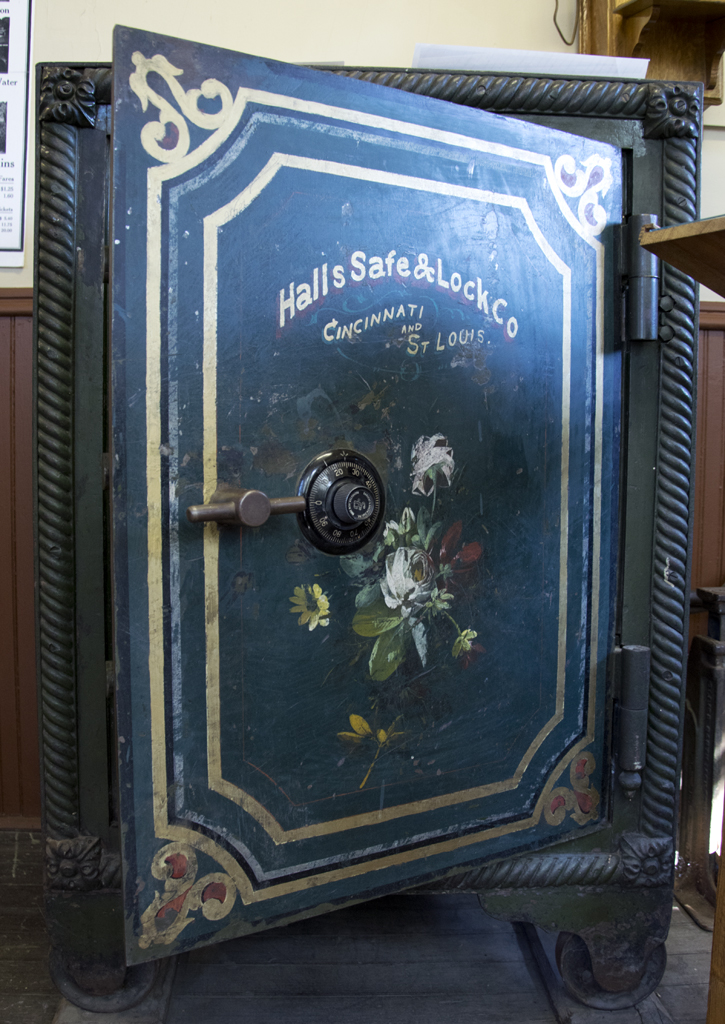 and the people warm: 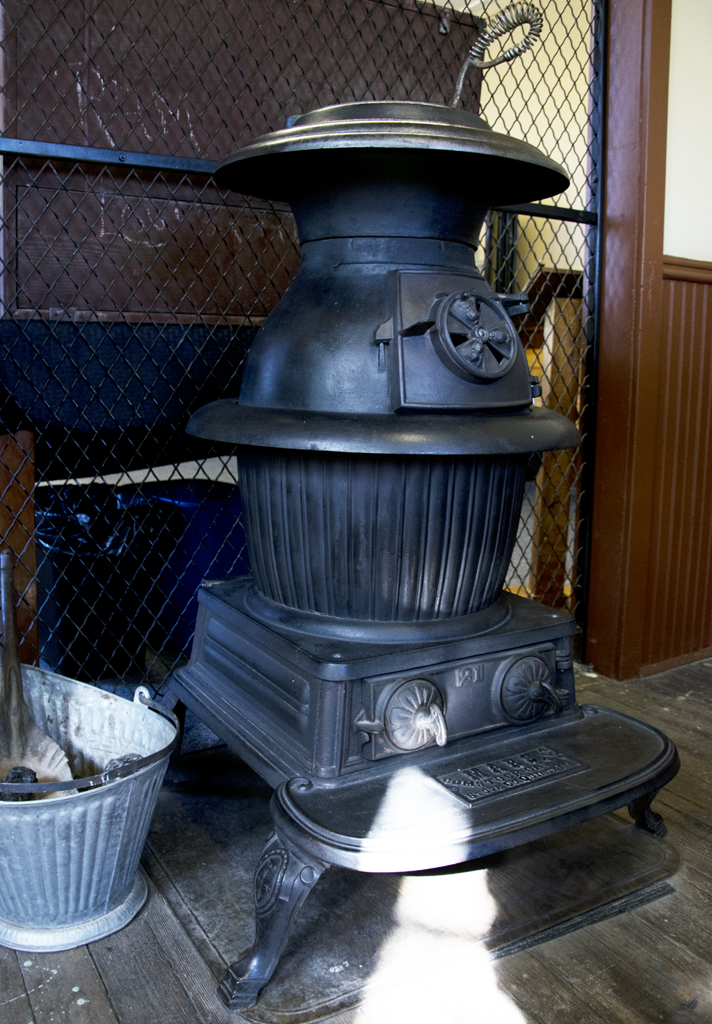 and the party line open: 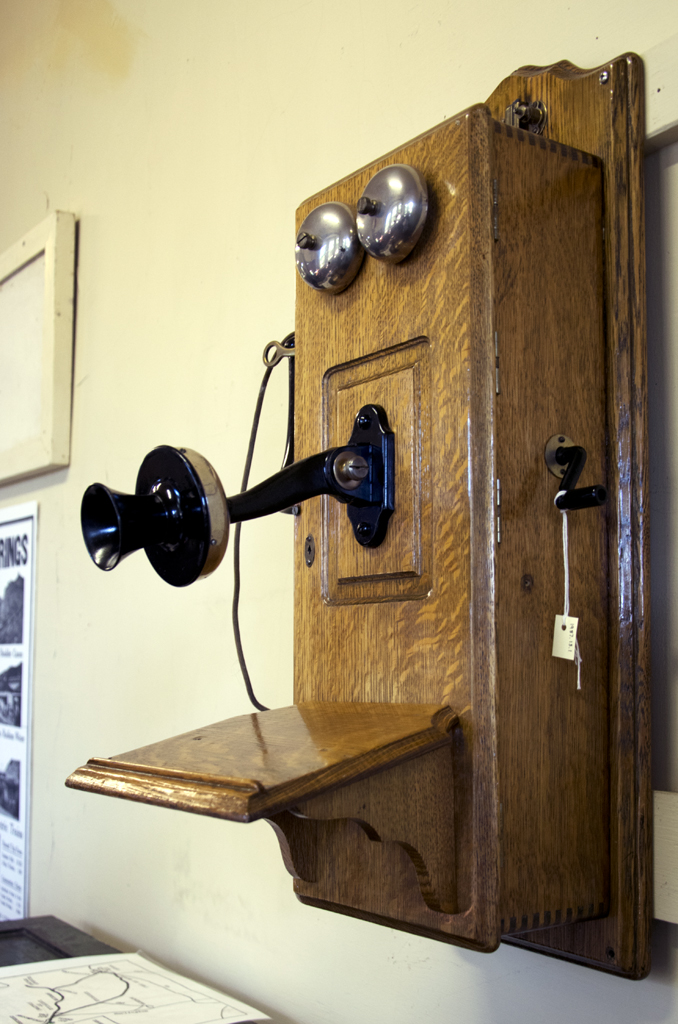 Another com method was the message fork: 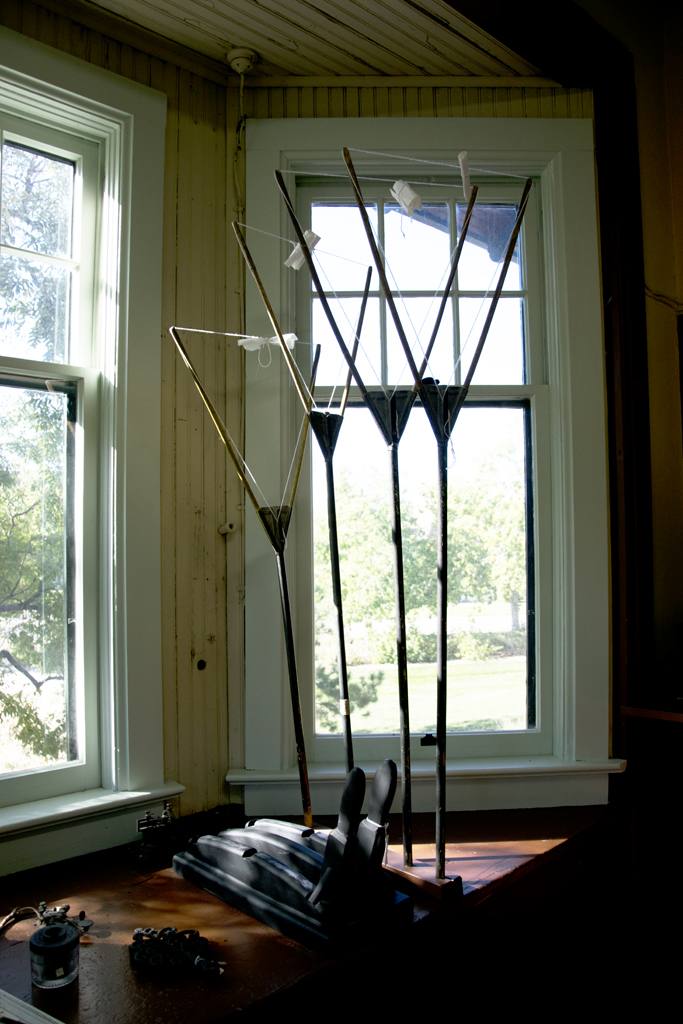 The agent would tie messages written on paper to the Y and hold it up so the engineer could grab it as the train passed. I remember seeing mailbags caught by trains on old cartoons – kinda like that, Paul told me. Thanks, Bugs!

When the depot was built, it was actually in a different location. It was not far from my apartment, actually. There are some old buildings left near the old location that I will post about some day (silos, Grange Hall). And the tracks are still there and used today.

The depot was part of the Colorado & Southern (C&S) Railway, and it also served a C&S subsidiary, the Denver & Interurban (D&I) Railroad. The C&S was a standard freight railway, while the D&I was a commuter between Denver and Boulder – and those commuters were electric! That fact surprised me. Also, I wish that commuter line was still running! They have plans to extend Denver’s modern-day commuter line to Broomfield, but that’s years away.

This depot was built with living quarters back of the agent’s office with bedrooms upstairs. That’s because, in 1909, Broomfield was a rural hamlet and had about 167 residents – compare to over 68,000 today. The living quarters provided to a station agent were designed to attract married men to the job – they thought a married man would be more responsible. 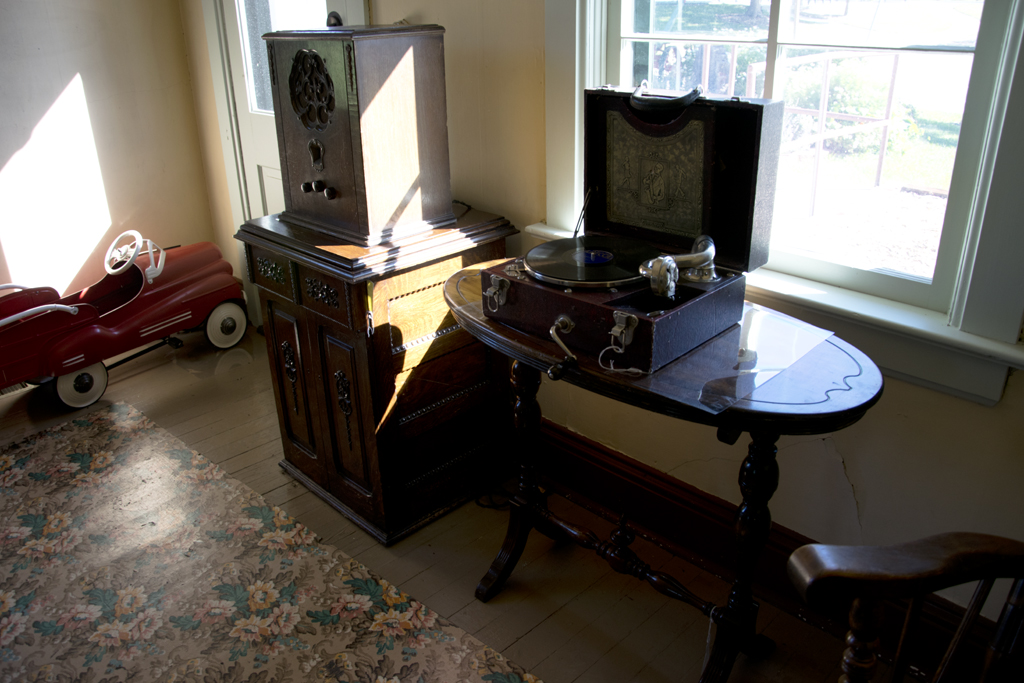 Of course, I saw all the rooms, but, also of course, I was most interested in the kitchen. Here’s a full view of that old stove I could only photograph through the window on my last visit: 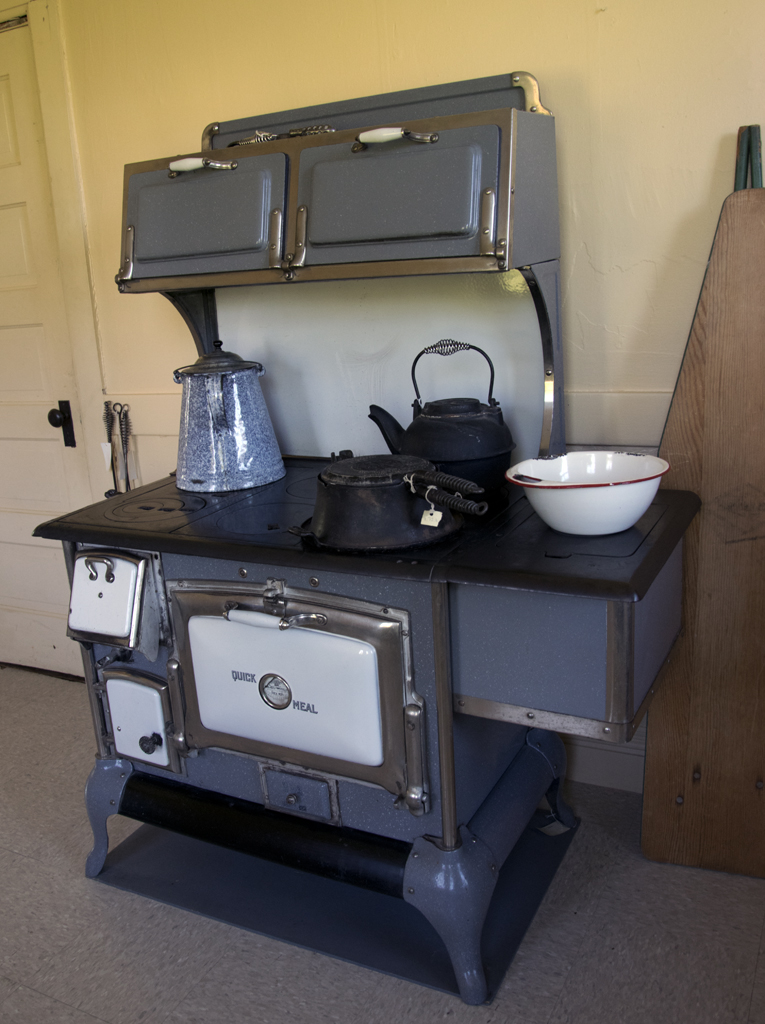 And check out the old toaster on the top left corner of the table: 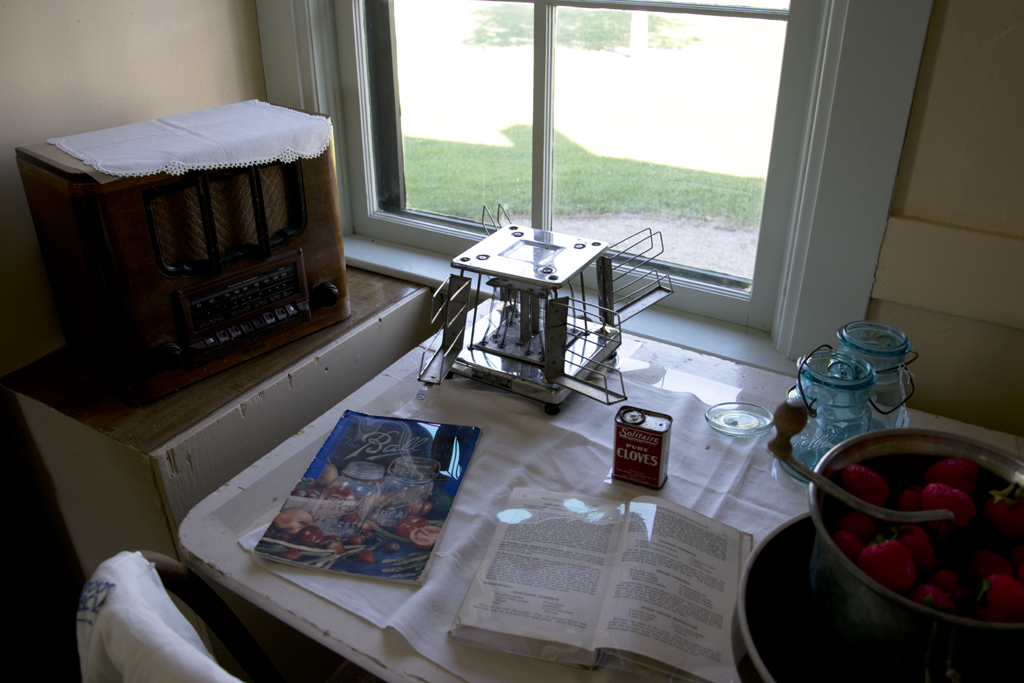 It’s an advanced version in which you could turn the bread slices to be toasted on the other side without taking the bread off the wire brackets! Uptown, Broomfield!

As a finale, Paul led me to the waiting room of the depot where they obviously entertain lots of school children. Here’s a table of hands-on items the kids can touch: 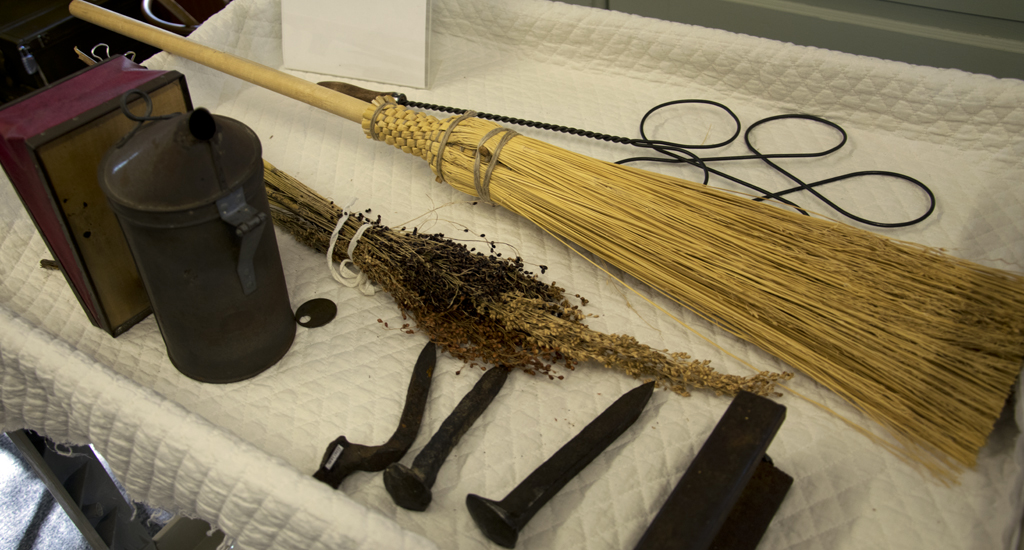 You can see the railroad spikes bottom right and a beekeeper’s smoker bottom left. And there is a rug beater above the broom. Most interesting to me was the bundle of dried straw in the middle. That is broom corn, the plant from which these types of brooms are made. It was broom straw that was grown extensively as a cash crop around here back in the day. Hence the name, Broomfield. Paul told me it doesn’t grow natively in these parts and, alas, there are no more broom corn fields left today.

In 1926 the D&I switched passenger service to a bus route and the railroad became exclusively C&S and mainly freight-only. In the 1970s the depot was scheduled for demolition. However, the building was ultimately donated to the Broomfield Jaycees who moved it to its current location in 1976.

After the tour, Paul led me to the office under the depot and handed me back over to Tara. That office area is being converted into a museum display area. What I came to understand that day was that the Depot Museum has a large collection of historical items not only from the railroad, but from Broomfield’s history in general. The plan is to put as much of it on display in an orderly manner as possible.

Tara took me a few blocks away to the collections building where the staff is in process of cataloging and preserving the entire extensive collection. 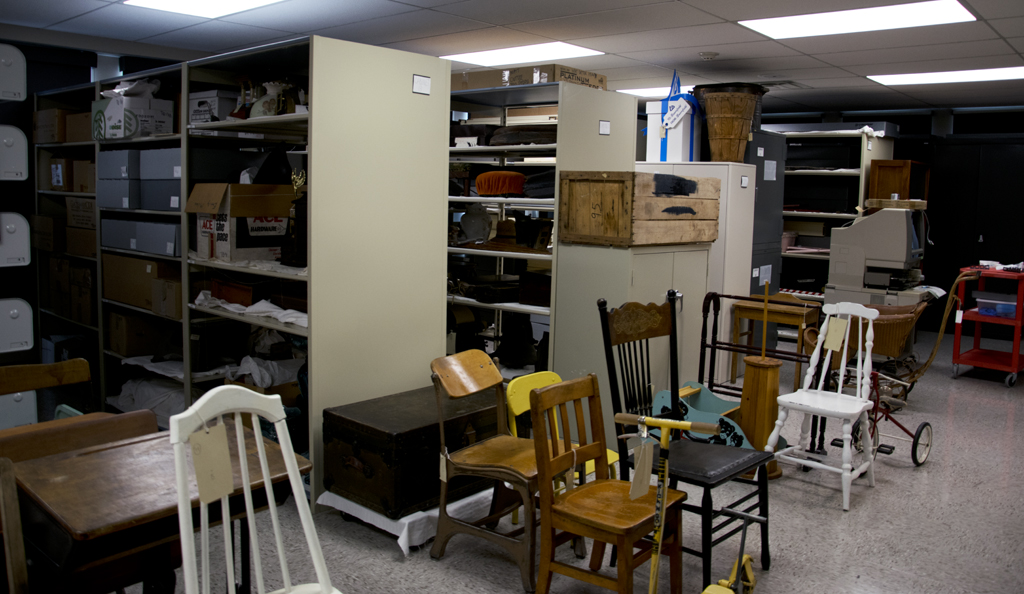 My organizational side loved seeing the progress they’ve made: 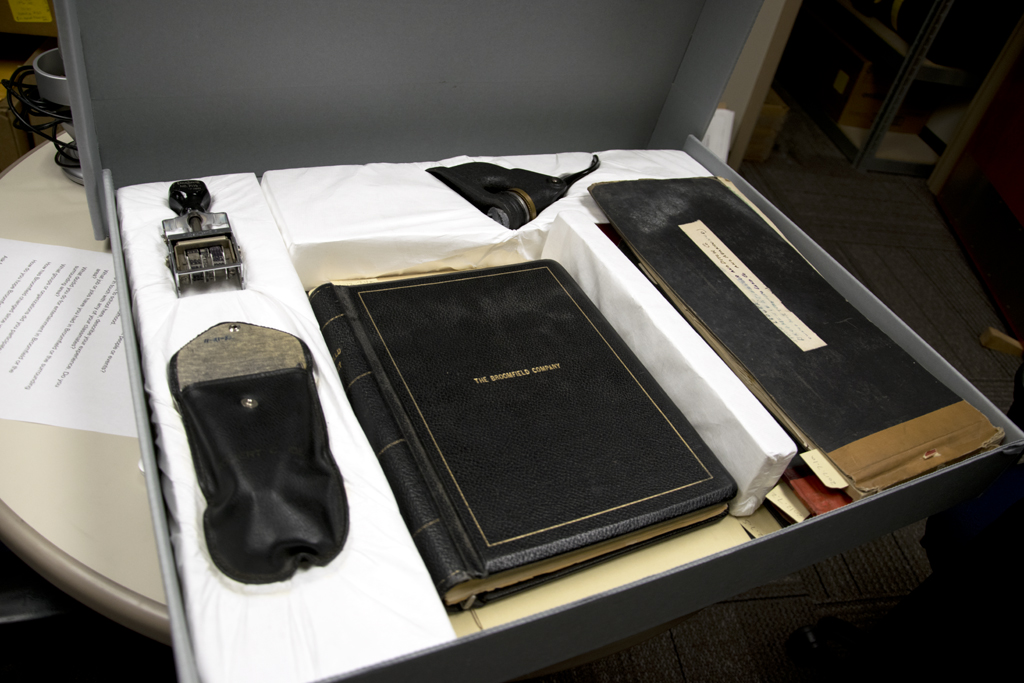 This is where I learned that Tyvek is inert and used in the preservation of artifacts! The project is going to take some time, but they have a very good start. In addition, I learned that Tara is also in charge of the Veterans Memorial Museum. So look for that post in the future!

FYI, the Broomfield Depot Museum is open most Saturdays from 9:00 to 3:00. You can schedule group tours at other times by calling them. I think every Broomfield fourth-grader has seen the museum on a field trip at least once. Also, the museum staff conducts a lot of community presentations, such as the annual Speaker Series and super-popular escape-room events, “Escape the Museum”.

I’m so grateful for the time the museum staff accorded me that day. They even lent me a Broomfield history book for my research! The more I learn about the history of this town, the more interesting it becomes. My sincere thanks for the info and attention from Paul, Tara and the whole team. Their preservation and education efforts are so important to this community, and I’m happy to be able to extoll the work they do via this blog. 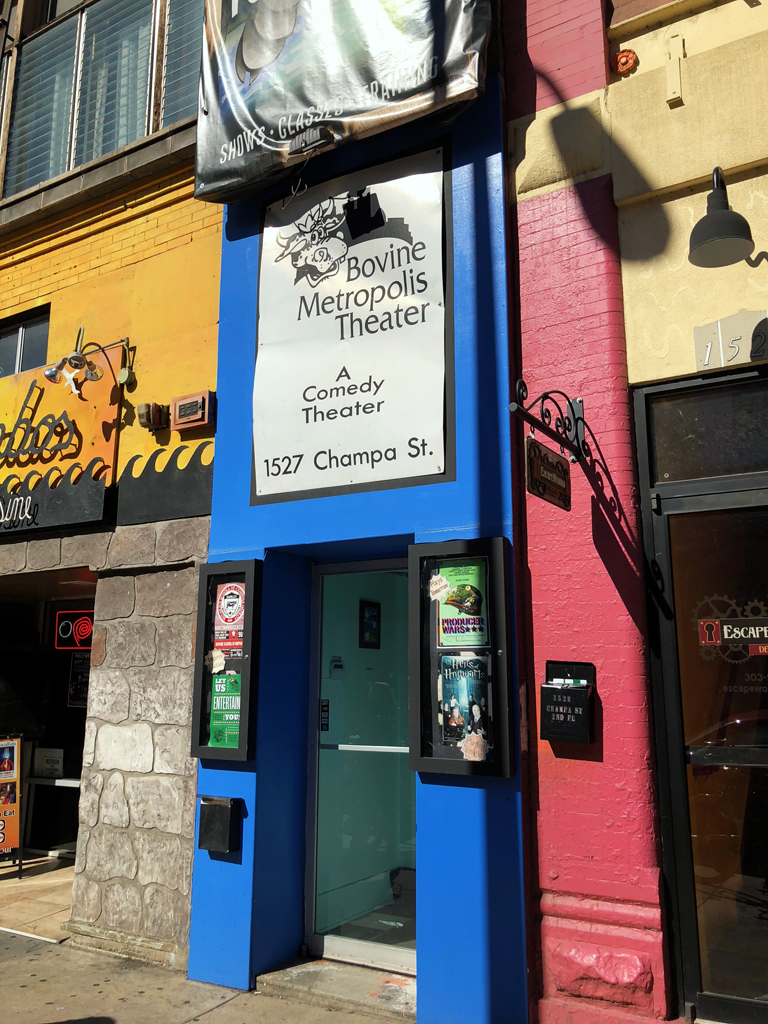