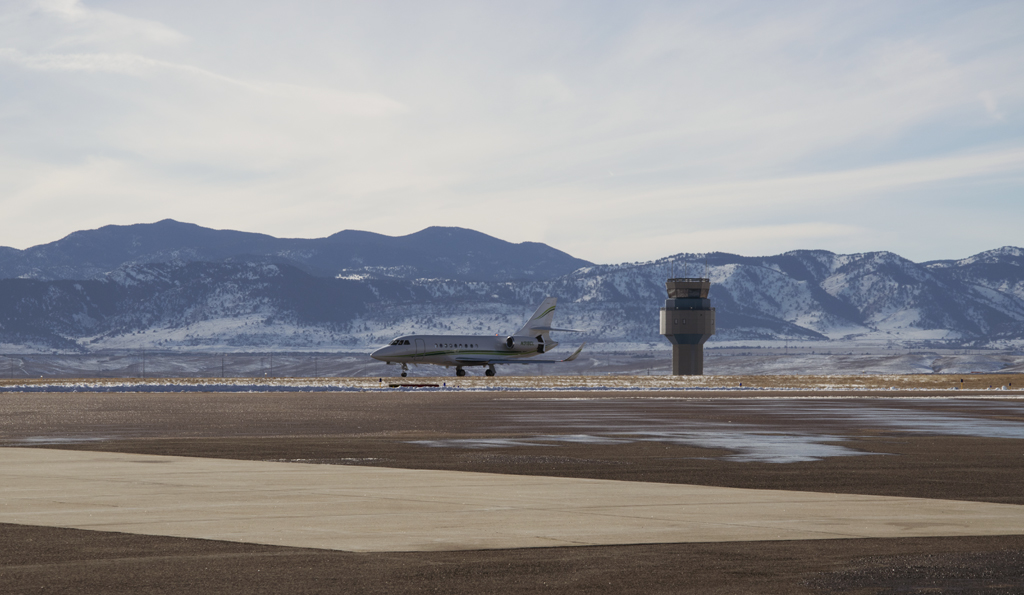 Near my apartment complex is the Rocky Mountain Metropolitan Airport (signature letters: BJC). It’s operated by Jefferson County (Jeffco), and it was formerly the Jefferson County Airport. It was renamed in 2006.

It opened in 1960 and is VERY busy – the fourth busiest in the state. Last year there were more than 175,000 landings/takeoffs and other aircraft operations. Some 360 aircraft are based at the airport.

In addition to the three runways, there is a huge, state-of-the-art control tower which opened in 2012. The main runway underwent renovation in 2014. Lots of other updates and renovations happened and are happening to keep this little airport top-notch.

My friend Laura and I visited the airport last January to shoot some pix. It was a beautiful day so I’m able to bring you these shots. This one is take in front of one of the FBOs (Fixed Base Operators). I don’t have any interior shots because the attendants requested we don’t shoot inside due to privacy concerns for their customers. I can tell you it’s a spiffy, newish place and there are super-friendly people there. 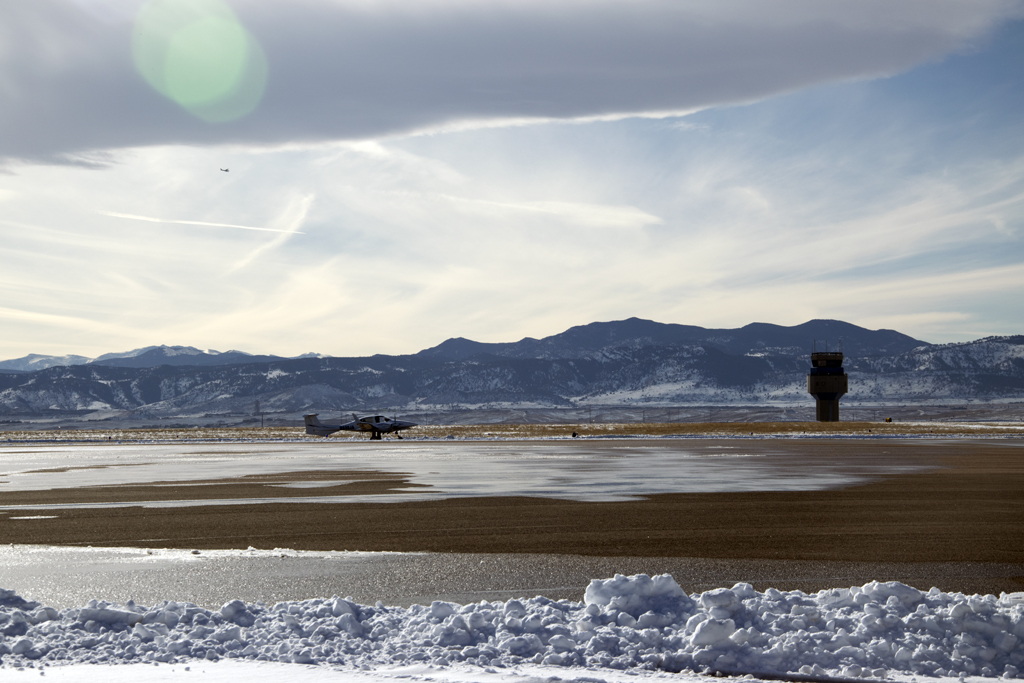 Then we walked along the fence and I got these, with those gorgeous mountains in the background: 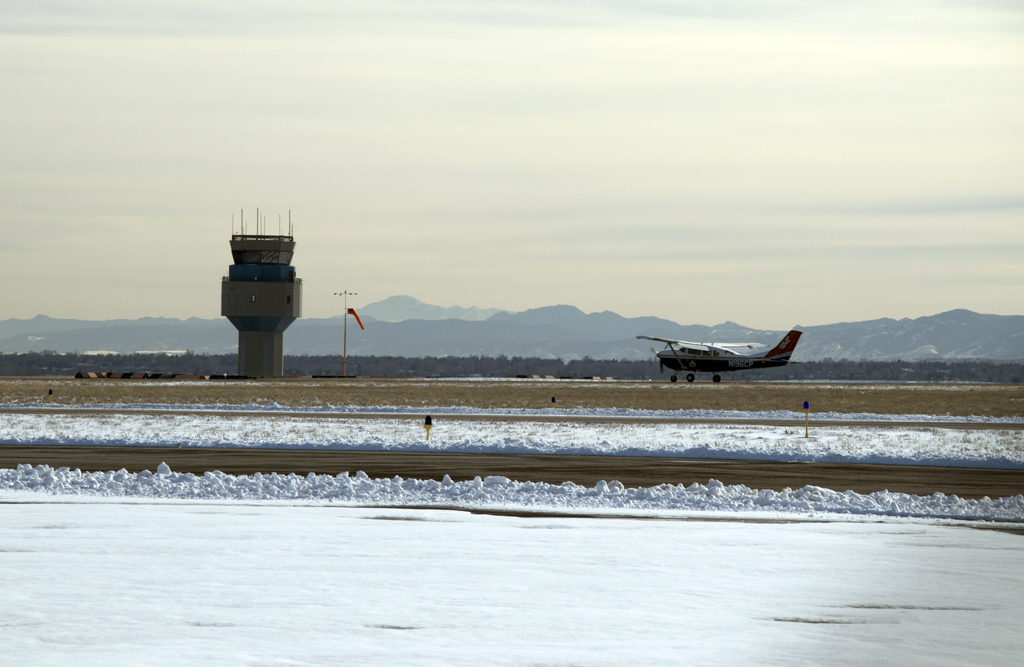 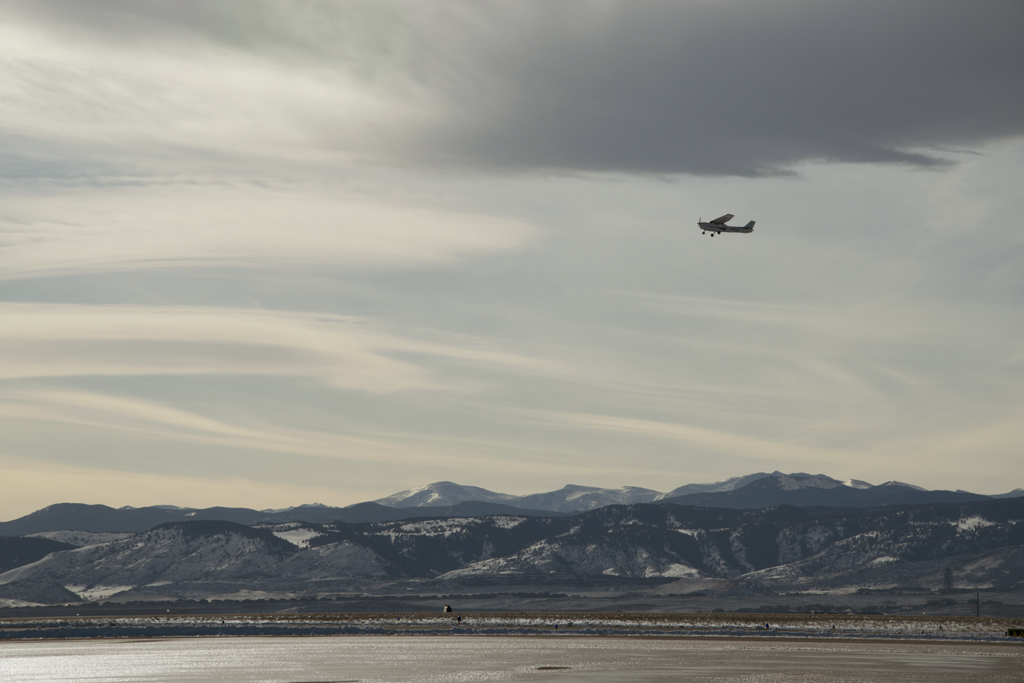 Then we drove around to the other side of the 1700 acres of the airport and took photos from that side: 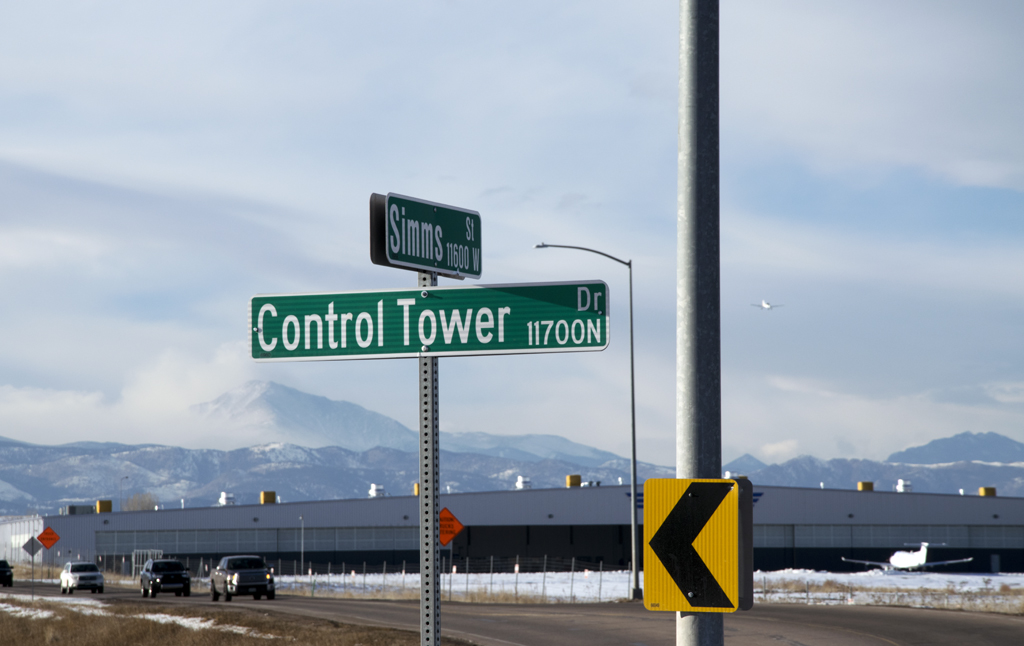 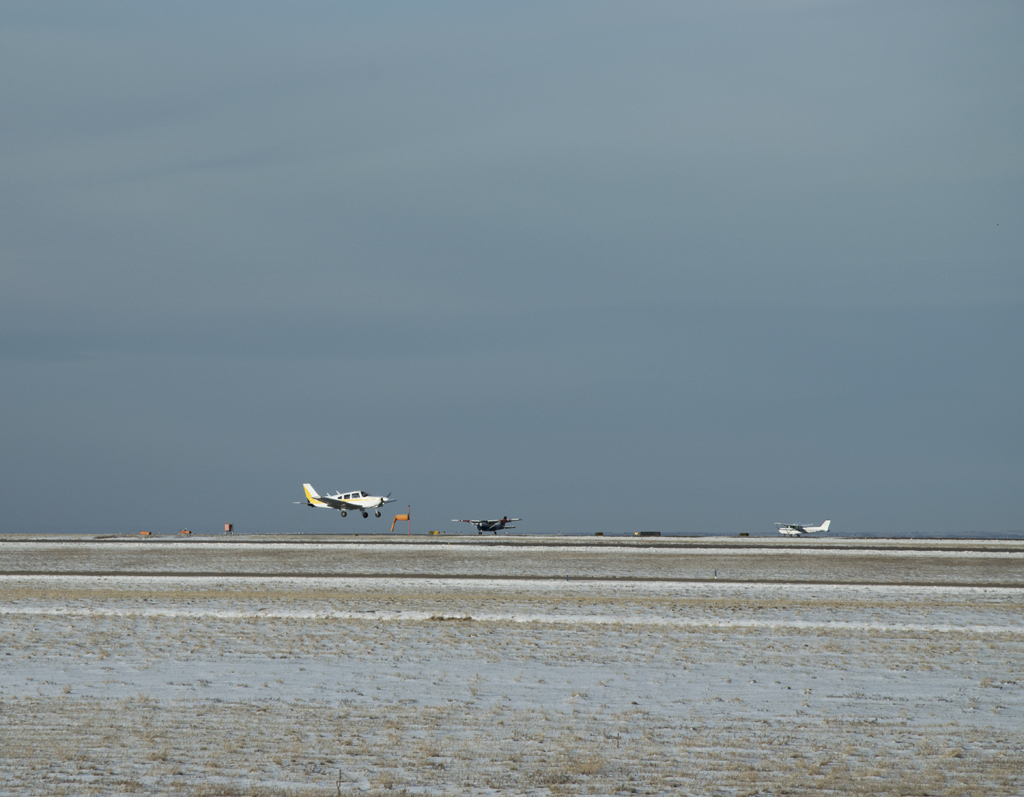 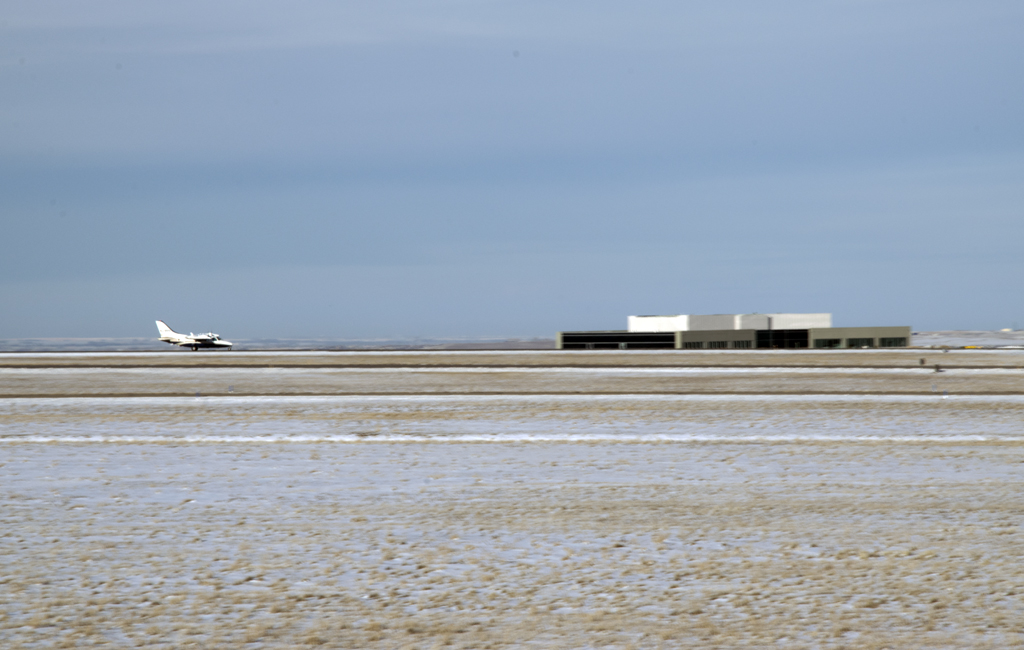 I was dumbfounded at how busy it was! I’ve done you a favor and only posted a few of the hundreds of pictures I took that day. There is lots of corporate and military air traffic plus two flight schools, including helicopter training: 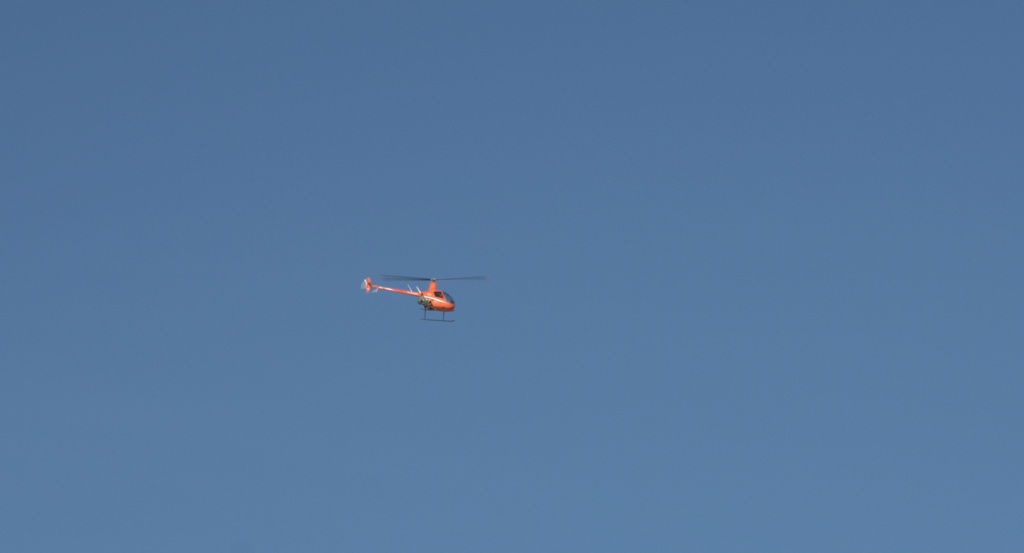 Now let’s travel farther back in time to late last summer. The Rocky Mountain Air & Ground Festival takes place every August at the airport. Since we live so close and didn’t want to actually go to the airstrip (it was HOT that day), my husband and I drove a few blocks to a side street that had a good view of the air show and a couple of shade trees. Here are the shots I have from that. 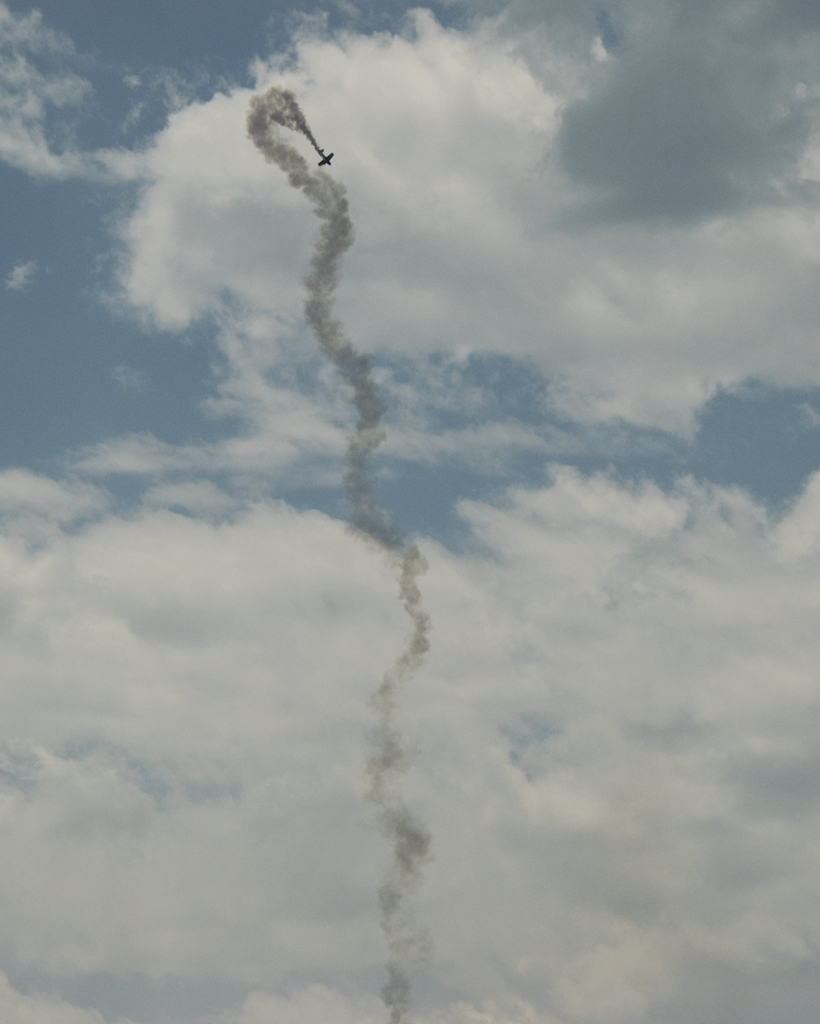 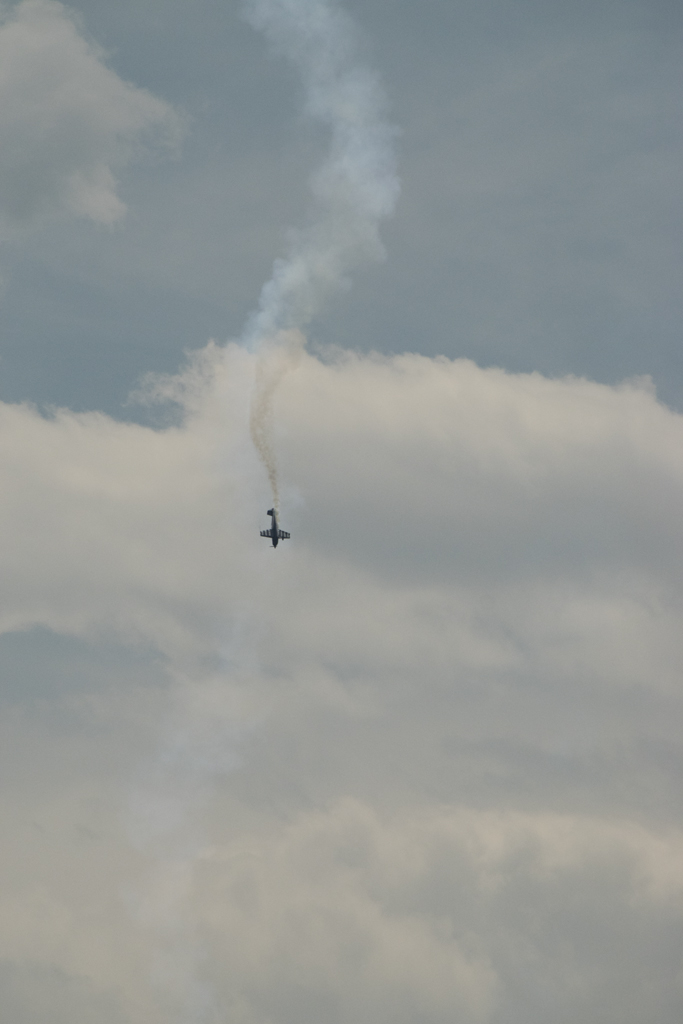 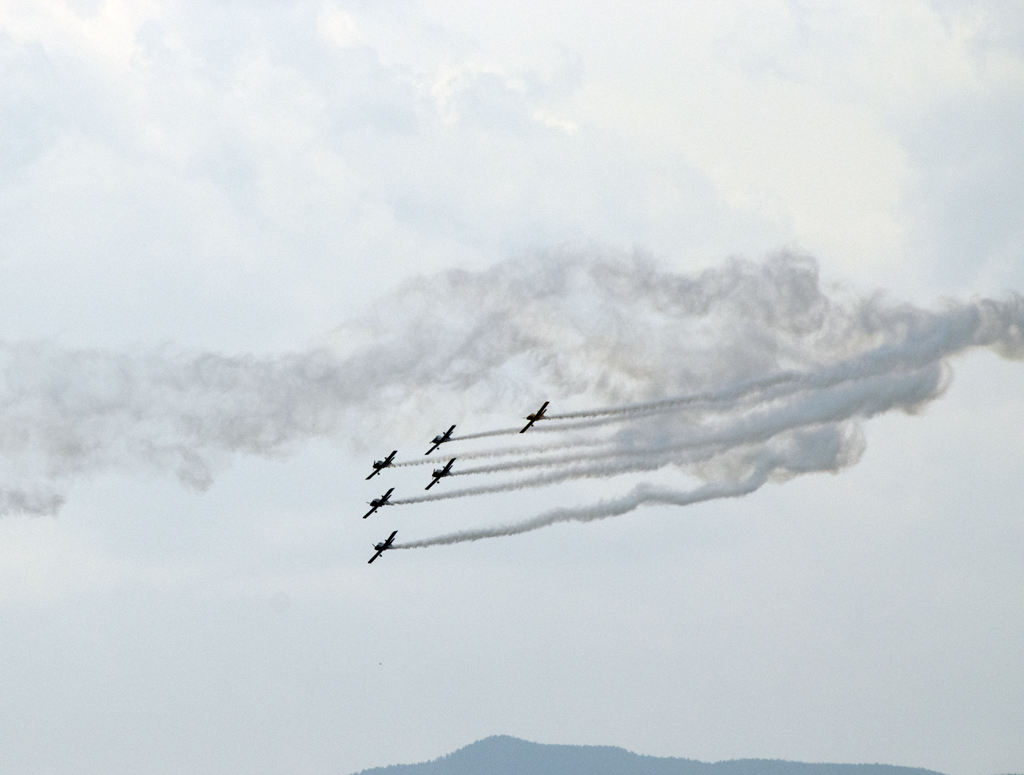 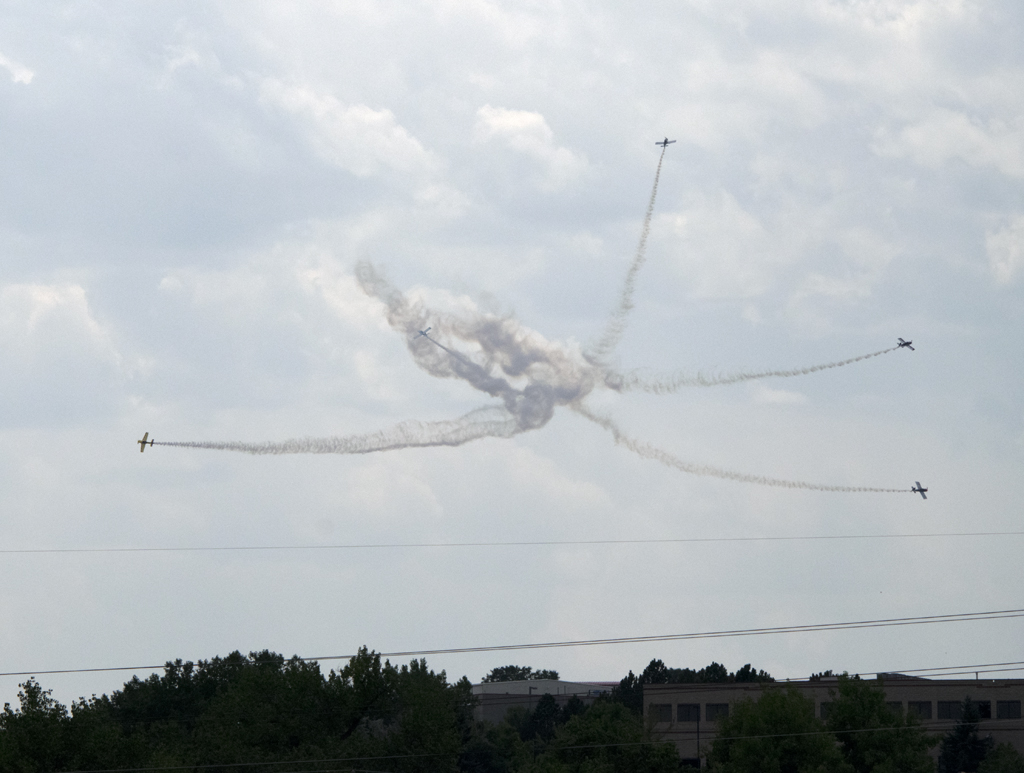 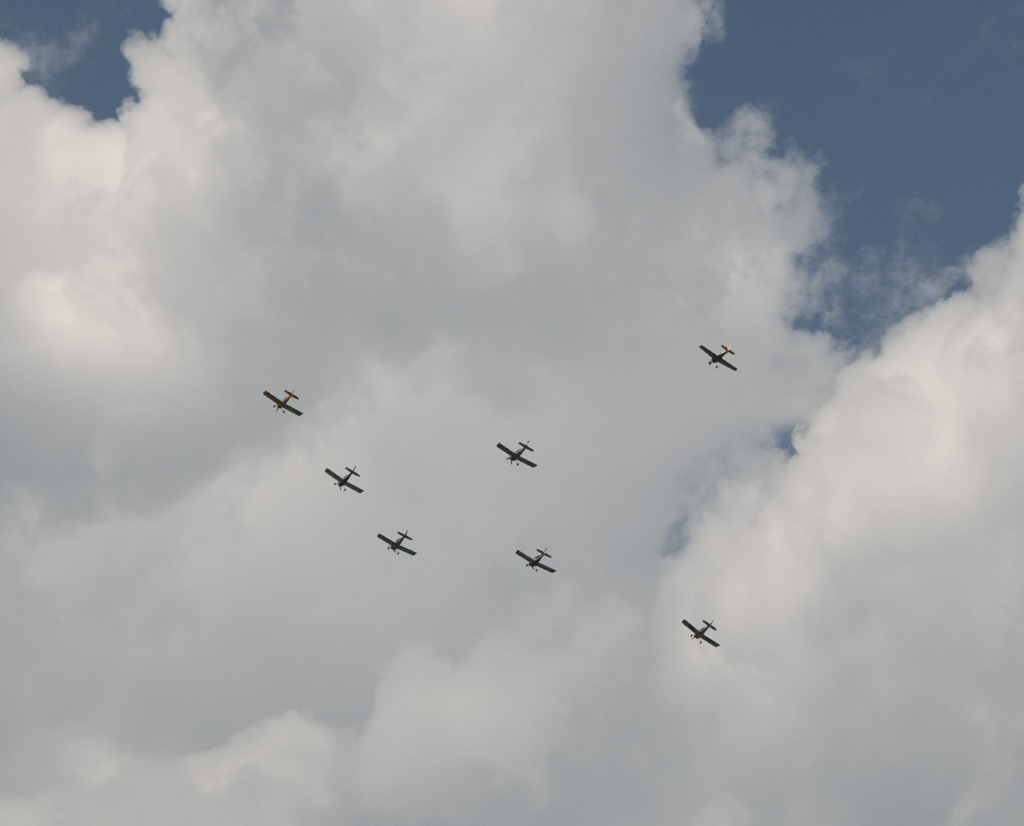 Here you can see how close to the ground the performers flew. The runways are just beyond the office buildings you see here. Highway 36 (Denver-Boulder Turnpike) is in the foreground: 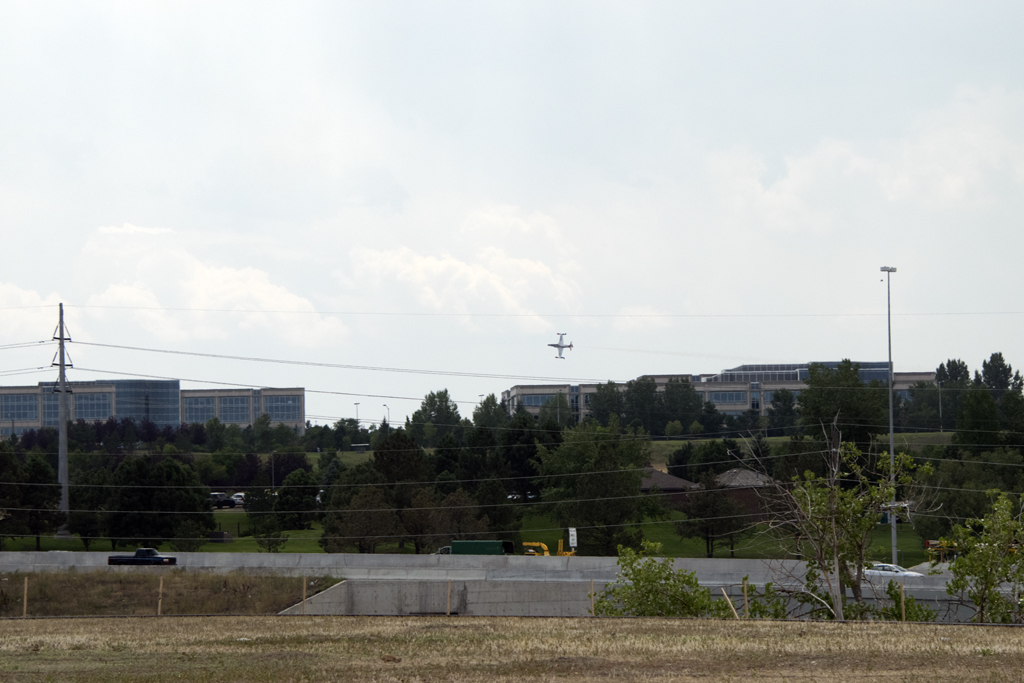 Whew! On the ground they had car shows and airplanes to peruse, along with food vendors and such, which we missed by not going directly to the airport that day. If it’s not too devilishly hot next August, we’ll visit the event proper. I’m sure you’ll see photos from that!

So, hop on your private plane/hire a pilot, and fly into my neighborhood. I’ll pick you up! 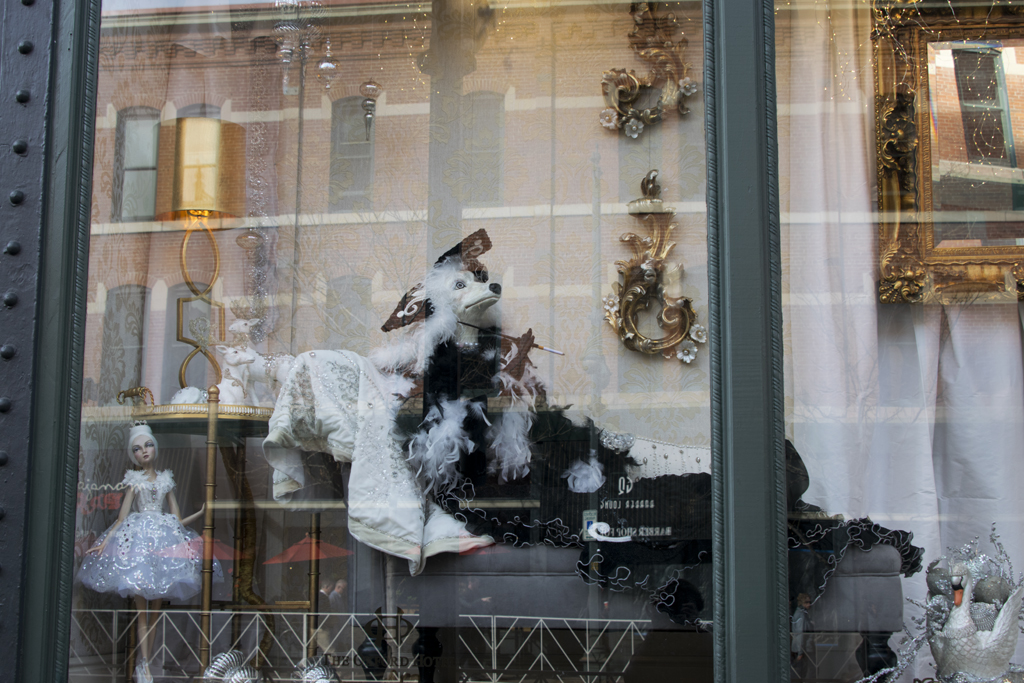