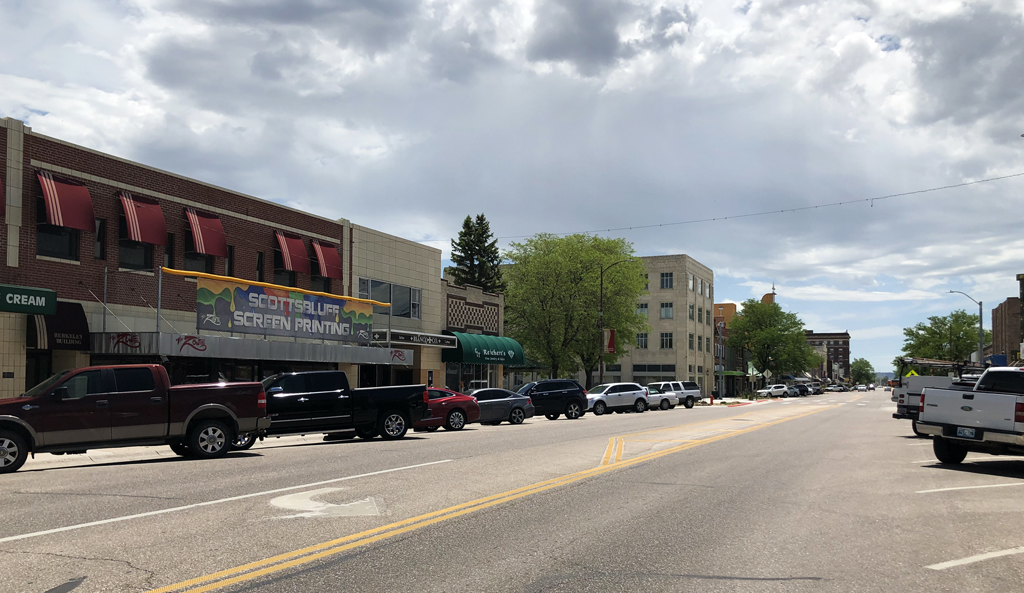 I chose Scottsbluff, Nebraska, to see the Pony Express Re-Ride this summer because it was within driving distance (3 hours) of where I live, and the pony was expected during daylight hours. If you read my post about the re-ride, you’ll know I had a few hours to pass before the pony actually showed up. During that time, I explored a little of the town of Scottsbluff. Here’s the main drag:

The town’s population is only about 15,000, and you can see that the architecture is that of many Great Plains towns: flat facades and straight straight streets. Founded in 1899, the town was named after the actual bluff (on the right in the photo here)… 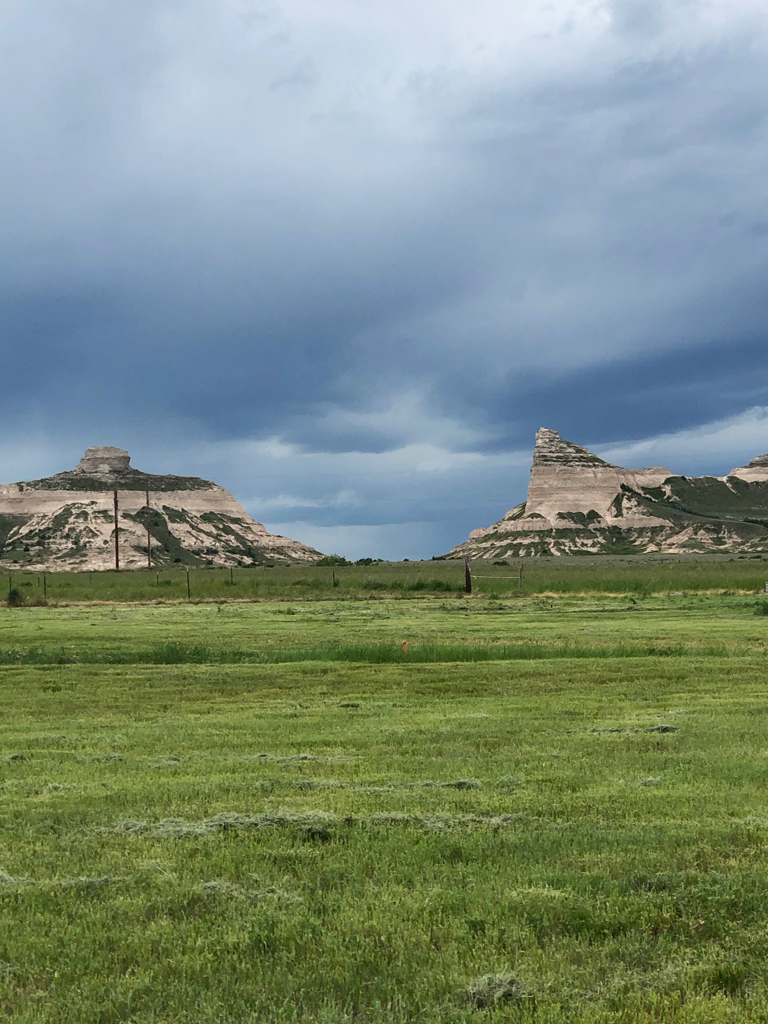 … which was named after a guy named Hiram Scott a fur trader that was found dead in the area. Sounds to me like there’s a lot more to that story!

The town of Scottsbluff is the largest town on the Nebraska panhandle. It’s grown together with Gering, a town across the North Platte River; my hotel was in Gering, about 5 minutes away. This metropolis is the seventh largest urban area in the state. The most interesting fact I unearthed about Scottsbluff was that Randy Meisner, bassist for the Eagles, was born there.

There wasn’t much happening on a weekday afternoon, but I was happy to find this gem of a theater: 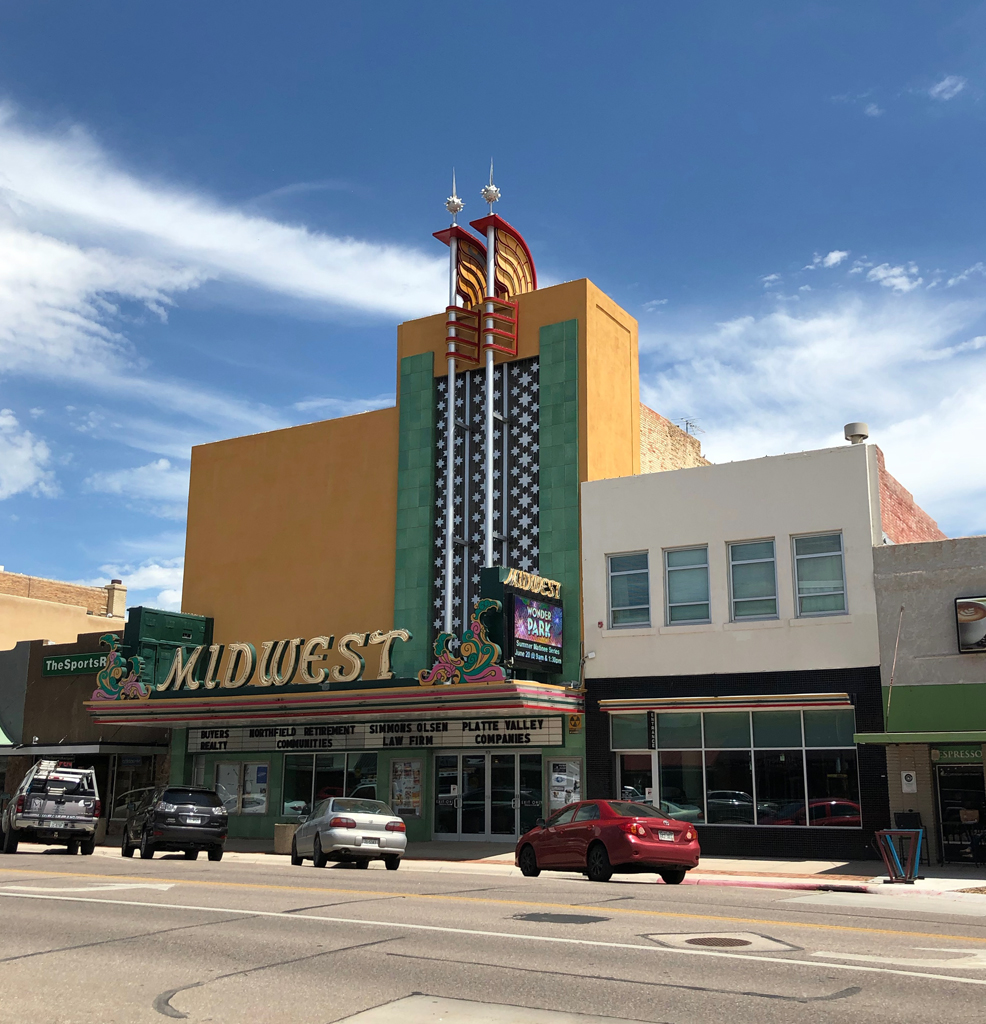 I didn’t get to go inside, but I found this information online, along with some very cool pictures of the place on their website: 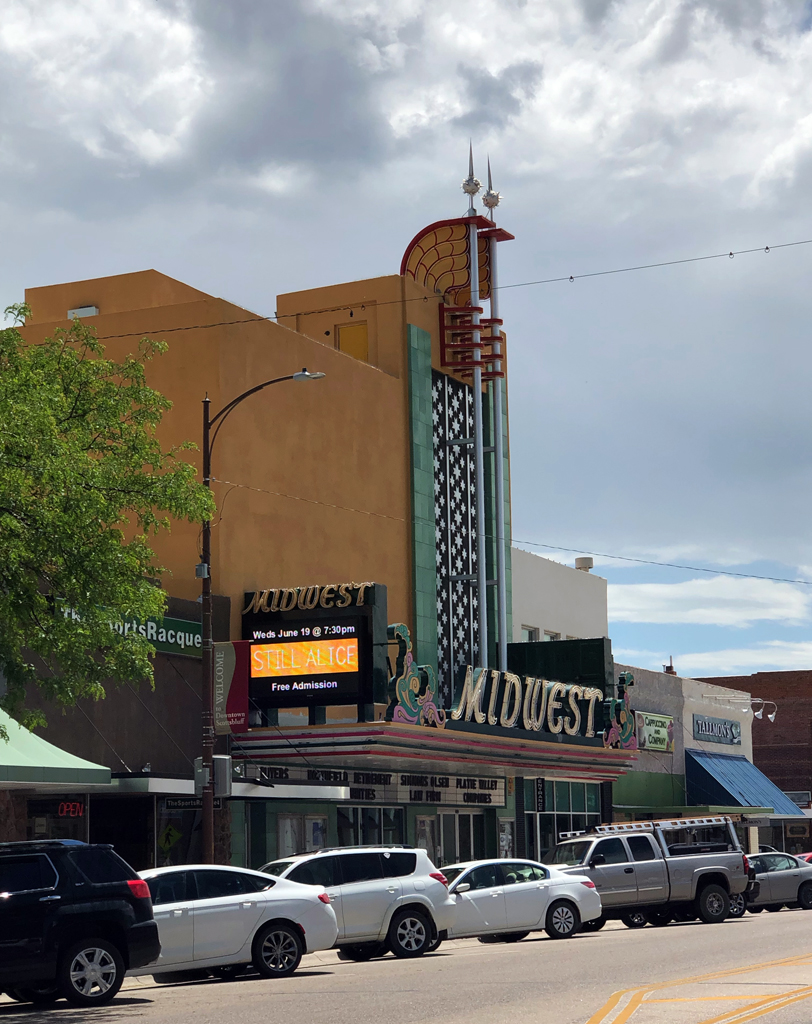 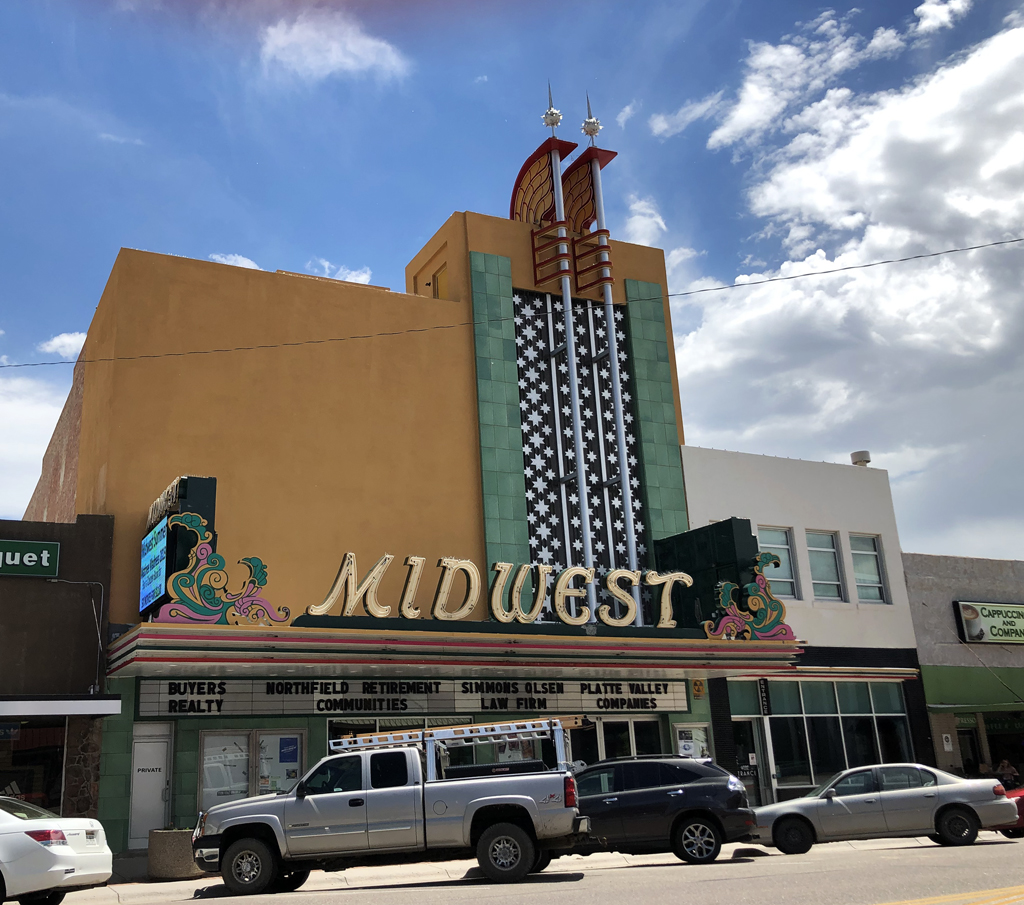 That’s about it for my foray into Scottsbluff, NE. But it does go to show you that, even in a remote, small place like that, you can find something interesting. I did have lunch there at a place called Tangled Tumbleweed, but you’ll see details about that in a future post. Stay tuned! 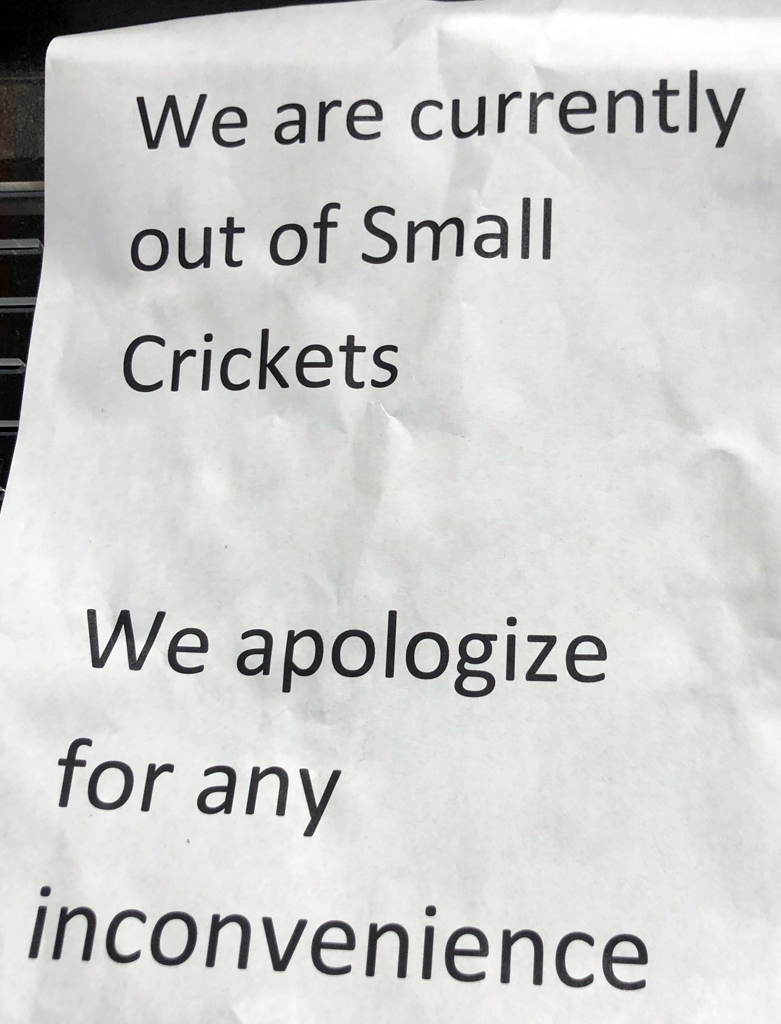