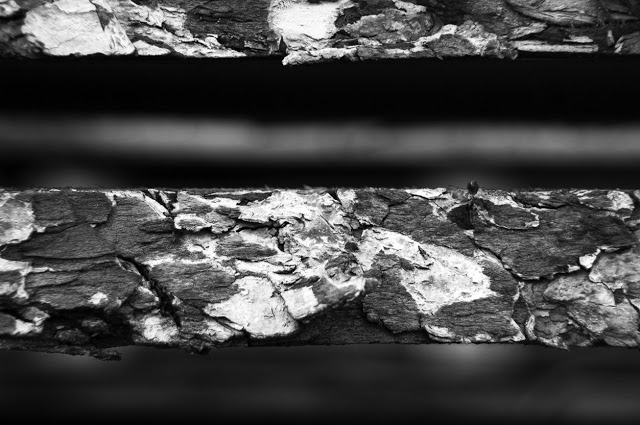 This Throwback Tuesday Post (TBTP) is from 2012, the month I published my first book: A Travel for Taste: Collected Czech Family Recipes. It’s still available, along with other cookbooks, photography books, English-learning workbooks and other great topics I’ve since written. Click here to buy any and all of them on Amazon. They make great gifts and conversation starters for the coffee table. Thanks!

On with the show:

I must confess that one of my New Year’s resolutions was to post a travel journal at least monthly. Now it’s nearing the end of February and I’m just now posting the first journal. In my defense, however, I spent most of January stateside, so there haven’t been much Europe/travel things going on.

In addition, the weather here in Germany has been unusually warm this winter. In fact, when I returned in late January daily highs were in the 40’s. Therefore, no storybook snow pictures for you!

But about two weeks ago all that changed. The temperature plunged to below-zero daily highs thanks to a high pressure system direct from Siberia. Unlike many places east of here, we didn’t get much snow along with it. It just froze. Hard. Quick.

I awoke to this beautiful frost on my window one morning: 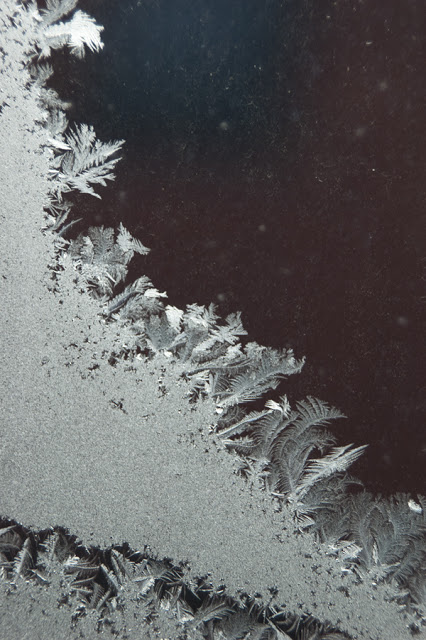 And here’s a photo of what little snow we did get last week: 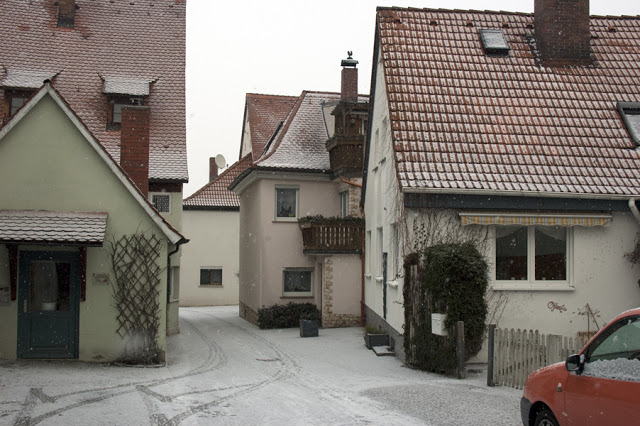 Although there wasn’t much hoopla weatherwise (the temp just dropped – suddenly), one interesting thing I did photograph as a result of the weather was the iced-over river: 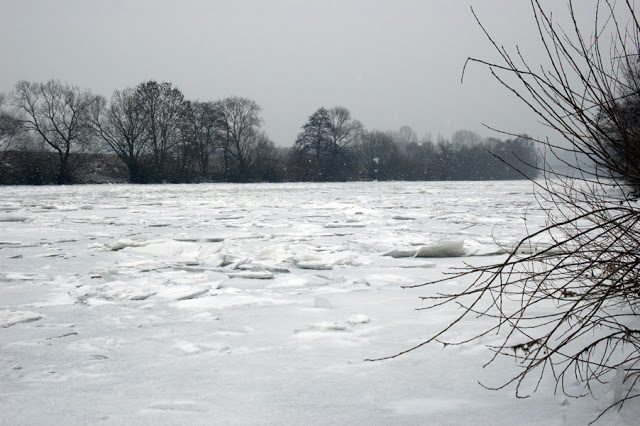 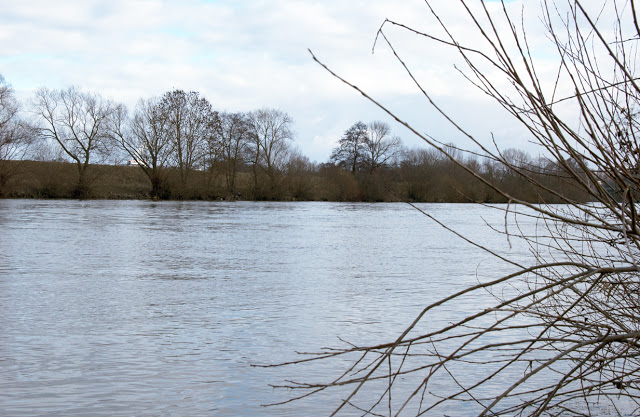 Note that these thick ice floes only form when it gets very cold very fast. I saw people walking on the ice along the side of the river but I wasn’t brave enough to try that myself. I do think the two- to three-inch-thick flats of ice that were forced up over each other were interesting and beautiful. Here are some closer views of one that was lying about 12 feet from shore: 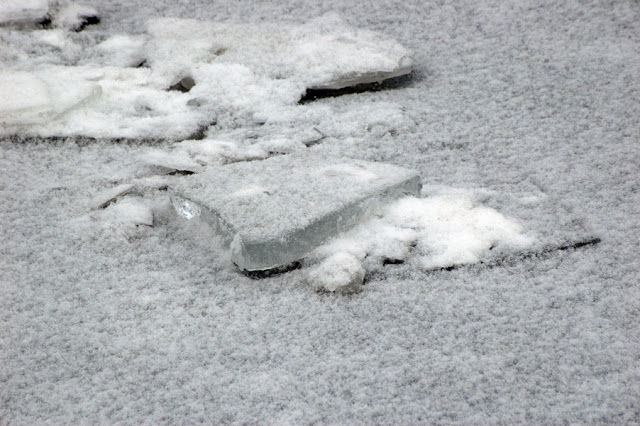 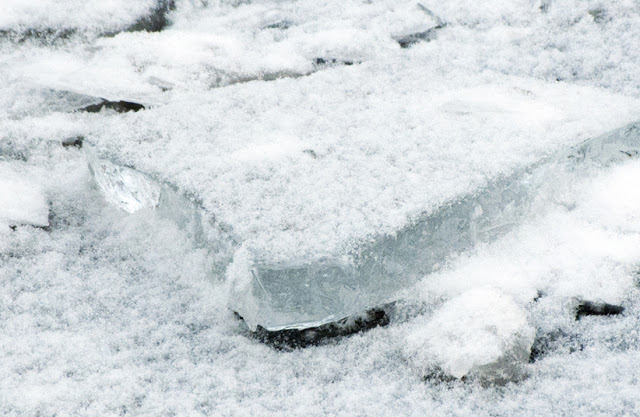 Here are the local fishing boats iced inside their inlet. I saw a man standing on the bow of one of these boats jumping up and down. It didn’t move! 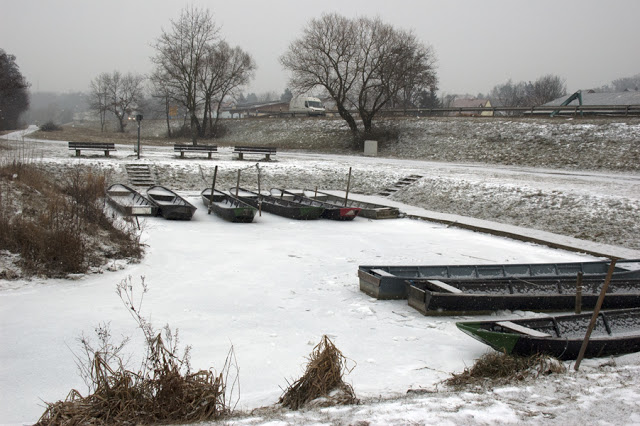 Now I want you to think about how freaking COLD it was for me to get these photos. You’re welcome.

Interestingly, this year was the first time in about 15 years that the Alster lake in Hamburg froze over. The ice was a solid seven to eight inches thick across the entire lake. When that happens every dozen years or so, they have a festival on the ice. Check it out here.

Now the temps have jumped back up to the high 30’s and low 40’s. What I thought was really cold a month ago now seems warm and comfy. Til the wind blows.

Anyway, to relieve a little cabin fever, I went out this weekend and shot some images at the sawmill near where I live. It’s near the river. Check these out: 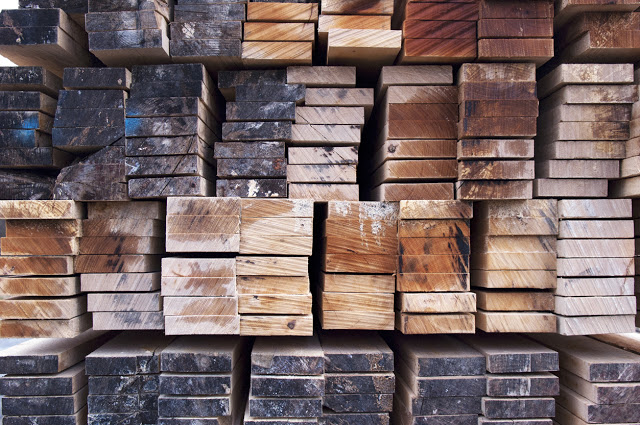 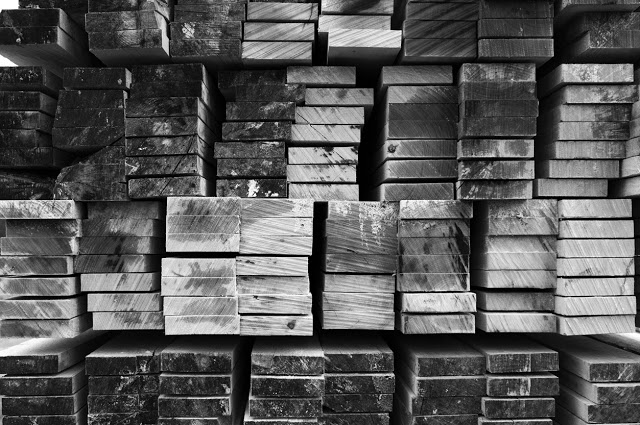 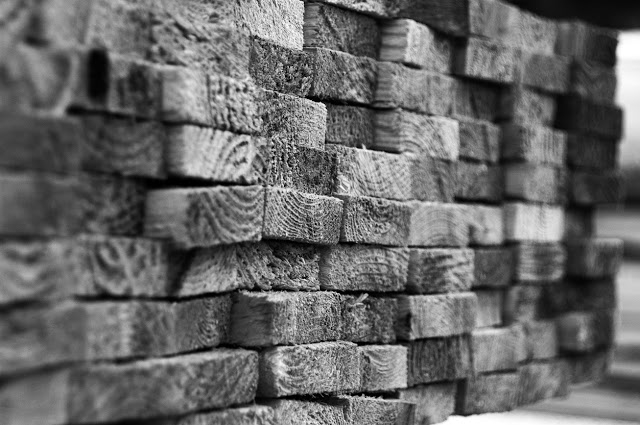 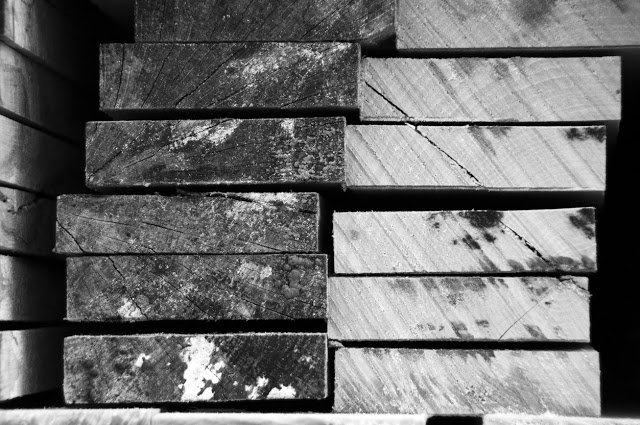 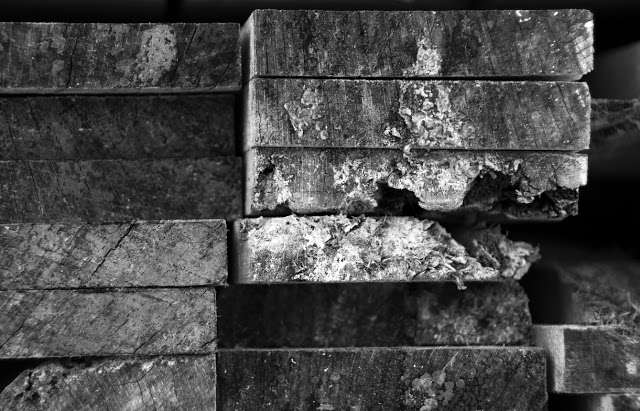 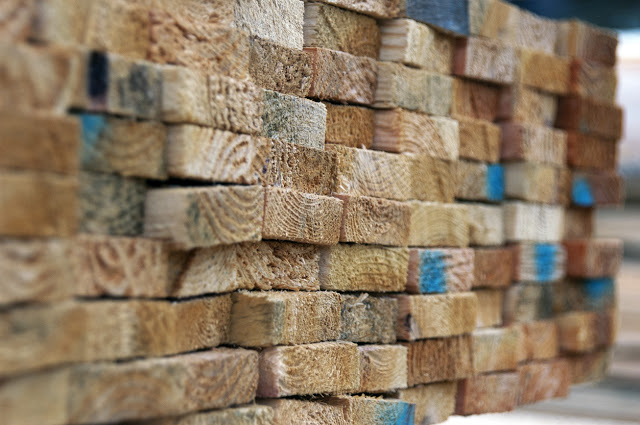 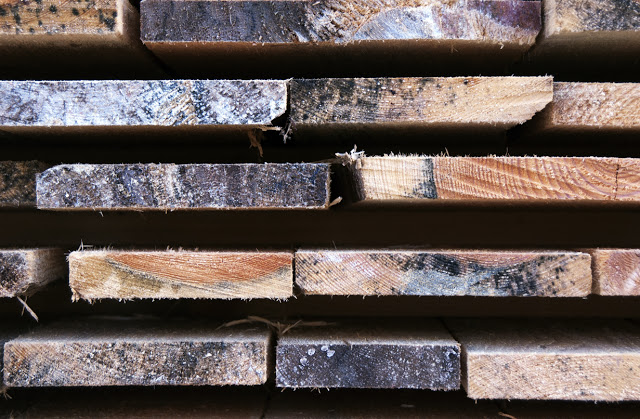 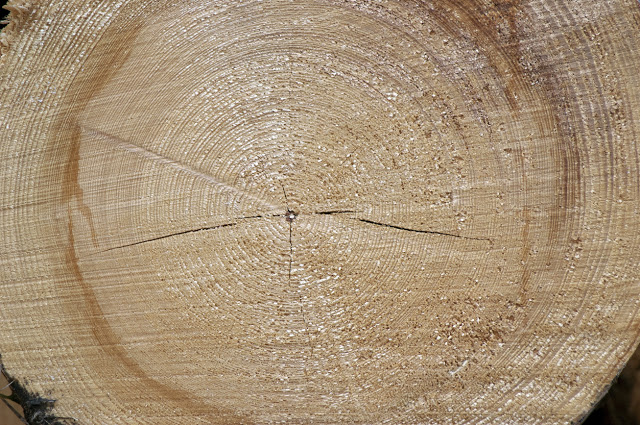 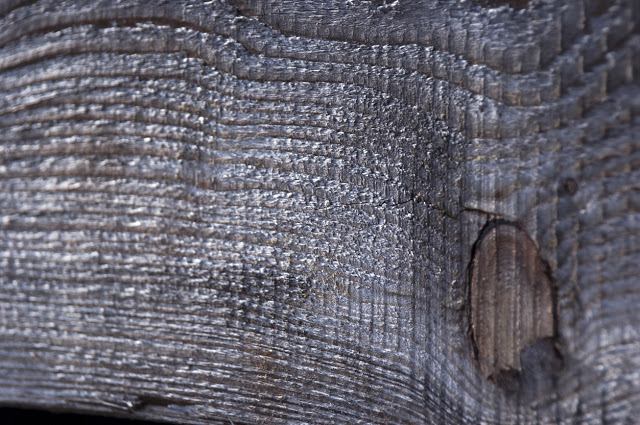 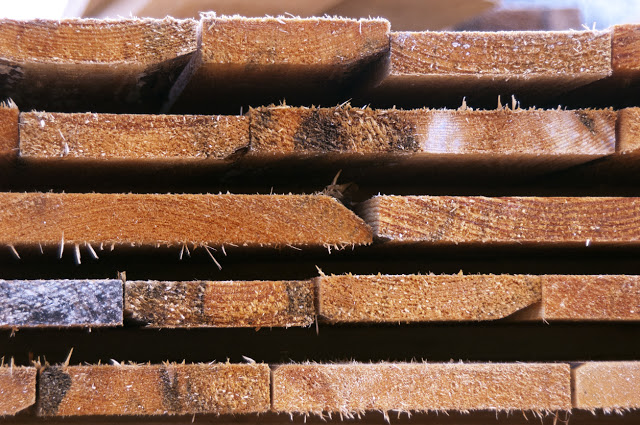 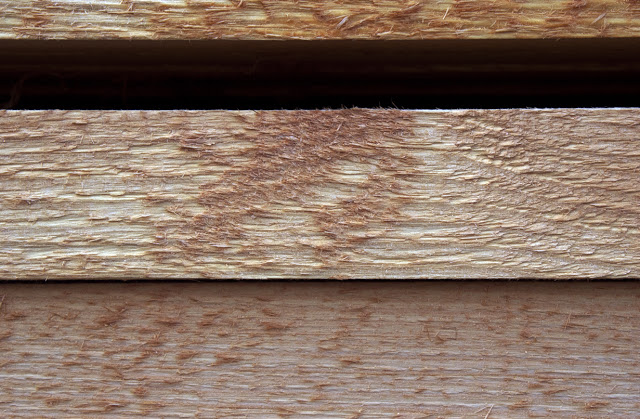 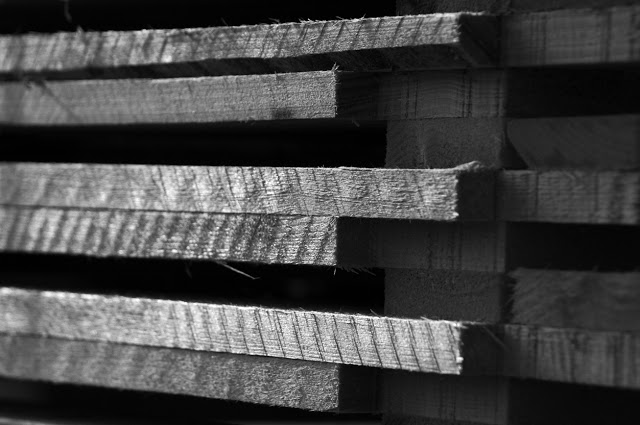 That’s about all the news that’s fit to print this time. I hope you enjoyed these photos. I wish I could post the smell of cut wood to go along with them. That was part of the fun of photographing them. Anyway, I plan to have more exciting things to post a little later. I have trips planned to Munich and beyond in the next month or so. Stay tuned! 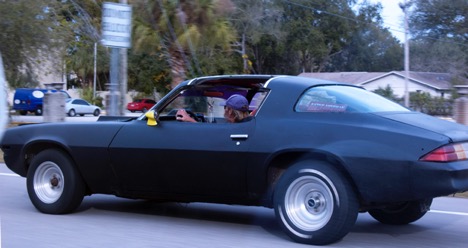