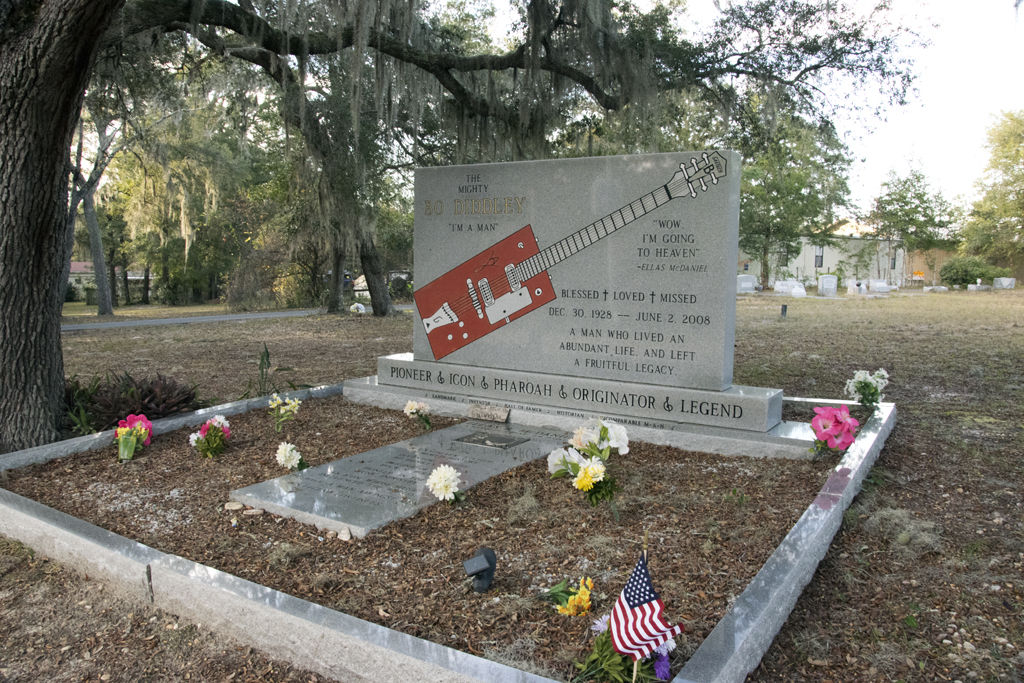 I am increasingly enamored of roadside attractions in the US these days. There is nothing comparable to them in Europe. It’s one slice of Americana that is pointless and fascinating at the same time. I’ve visited a few around here in the past, including the Airstream Ranch (which is, sadly for me, recently defunct) and the IST building at Florida Polytechnic. (If you haven’t seen my pictures of them, you really should – they are stunning, if I do say so myself!)

For researching these peculiar sights, I use RoadsideAmerica.com a lot. Whilst perusing this site for my recent trip to Micanopy that I wrote about last week, I discovered that musician Bo Diddley’s grave is located in nearby Bronson, Florida. So I scheduled that into my itinerary.

It’s in the Rosemary Hill Cemetery. Bronson was more difficult to find than the grave! It’s at the intersection of NE State Road 24 and State Highway 27, west of Micanopy. The cemetery is right on 24 and the grave is right along the road:

I drove through the cemetery on that little, narrow, paved path they have until I came up parallel to the headstone. You can see here how close it is to the road (love that big tree!): 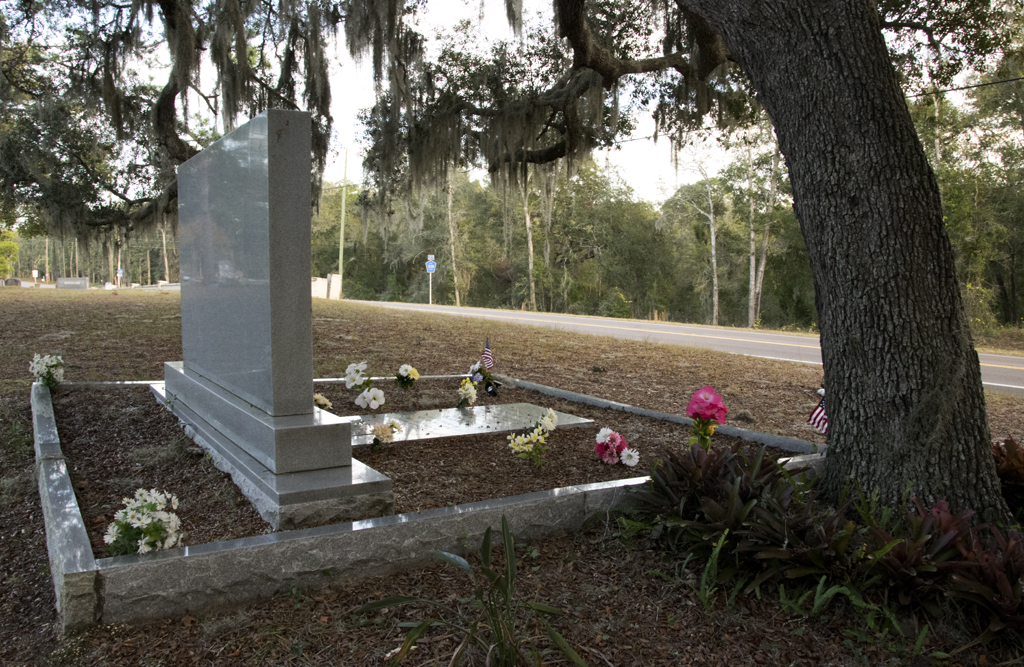 In fact, a couple of passing motorists honked their horns at me while I was there taking pictures.

Now, I didn’t know much about Bo Diddley before I took these photos. But I did some research about him for this blog:

He was born in McComb, MS, in 1928 and was a legendary blues guitarist and vocalist. His original name was Ellas Bates McDaniel, and he was adopted by a family that moved him to Chicago at a young age. He studied violin while in elementary school and changed his name to Bo Diddley allegedly after the name of a one-stringed African instrument called the diddley bow.

In his teens he learned to make musical instruments in vocational school. At the age of 15, he constructed his first rectangular guitar, which was to become his trademark, hence the image on the headstone.

He toured for almost six decades and was one of the most influential guitarists and vocalists in blues and rock. Two of his most famous songs are “I’m a Man” and “Who Do You Love?” He was inducted into the Rock and Roll Hall of Fame in 1987. Interestingly, he attributed his long career to the fact that he abstained from drugs and alcohol.

He had a home in Archer, Florida, about 10 miles from Bronson. He died there of heart failure in 2008.

You owe it to yourself to read more about this man. There are good articles on the Rolling Stone Magazine website, Biography.com and a website called Our Rock and Roll Hall of Fame. There is much more to him, his life and his music than I have time for here. 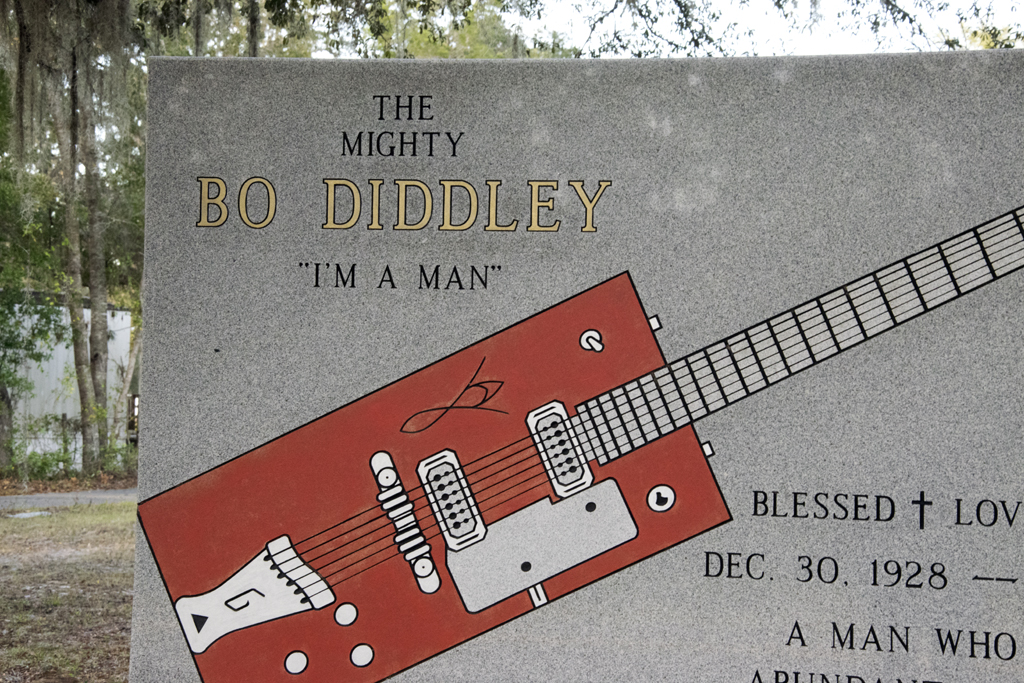 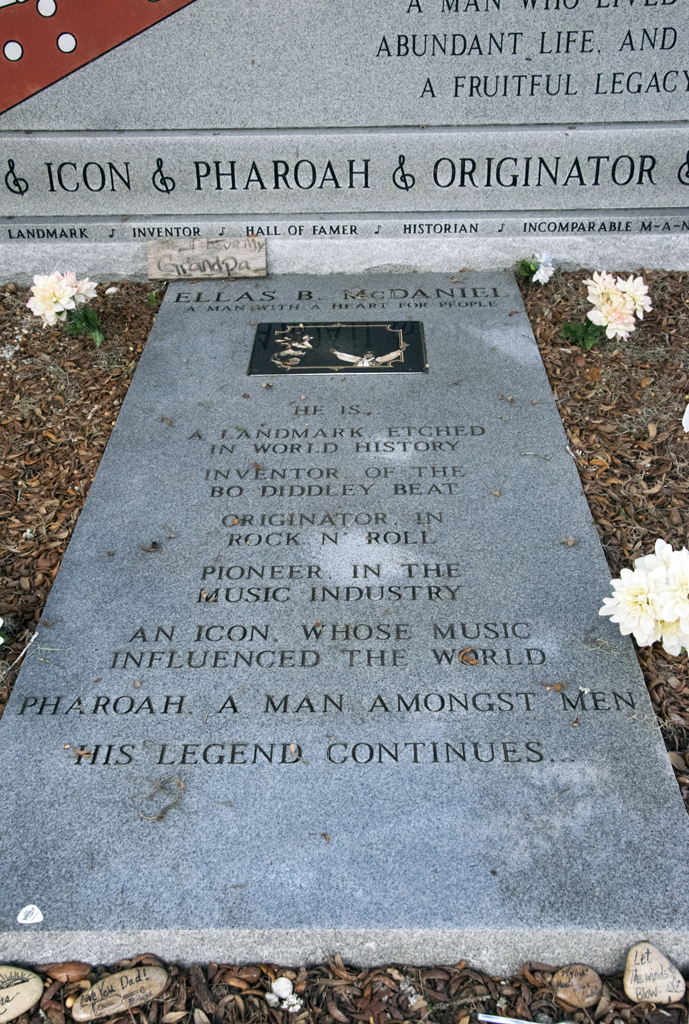 However, what moved me about this grave were the personal items from his family: 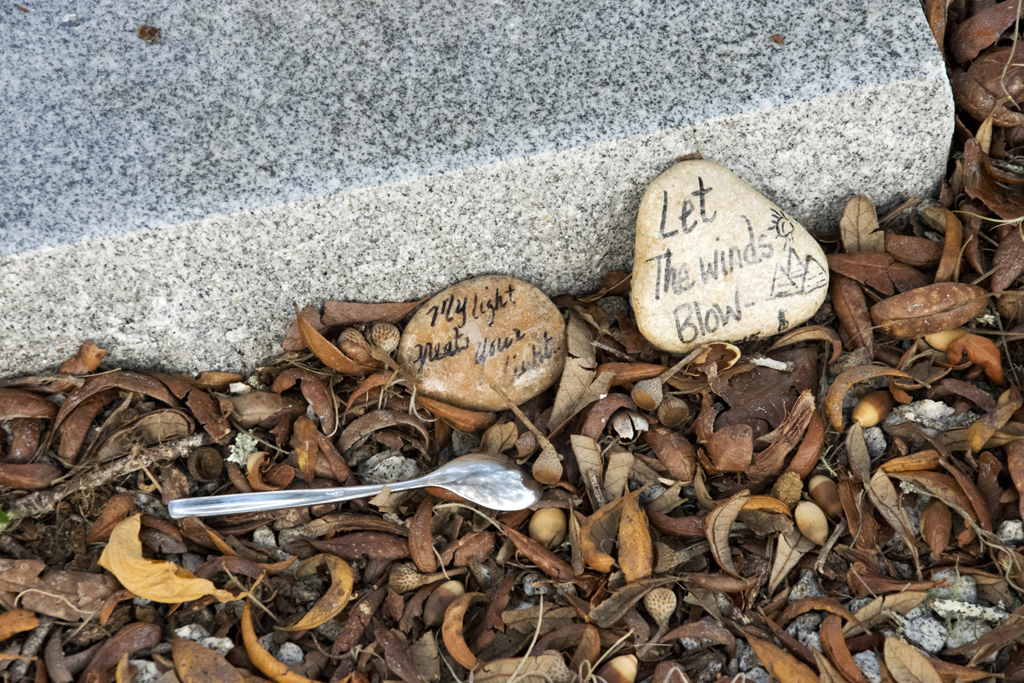 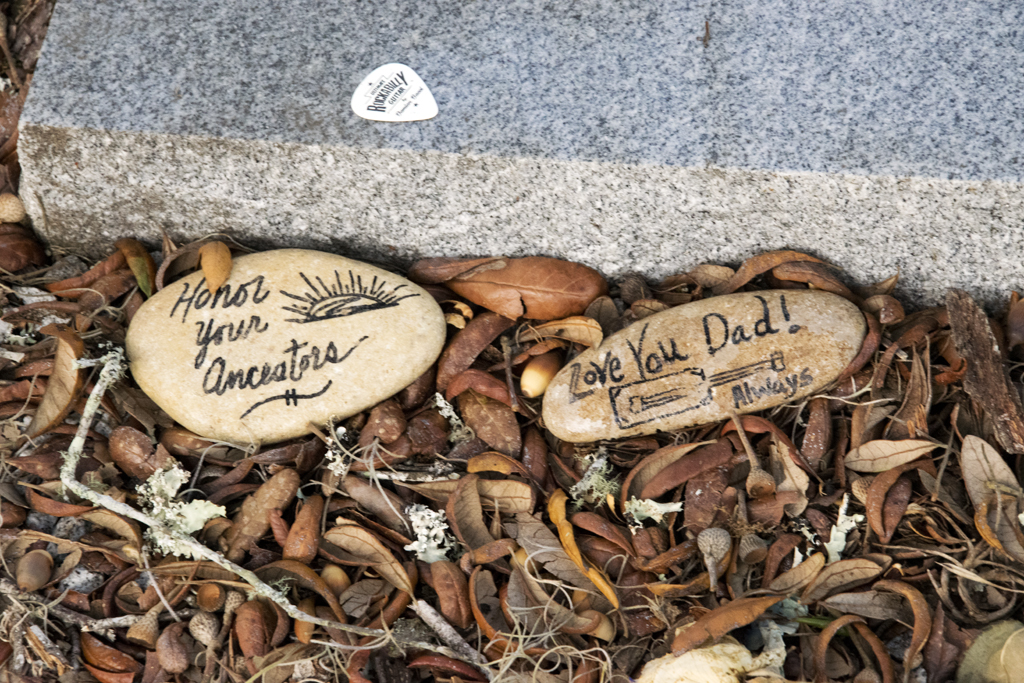 The guitar pick is cool! 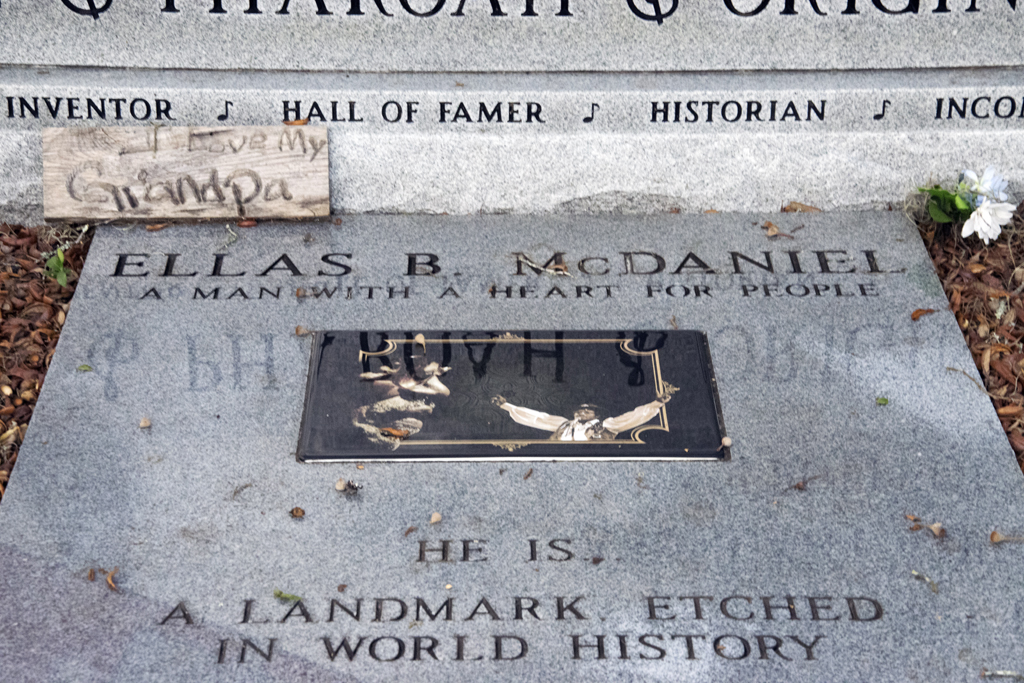 It was touching to realize this famous, influential musician was also a beloved family man, too. I’m glad I paid my respects.

Oh, and if anybody knows why he was called Pharoah, please let me know. I couldn’t find anything about that online. 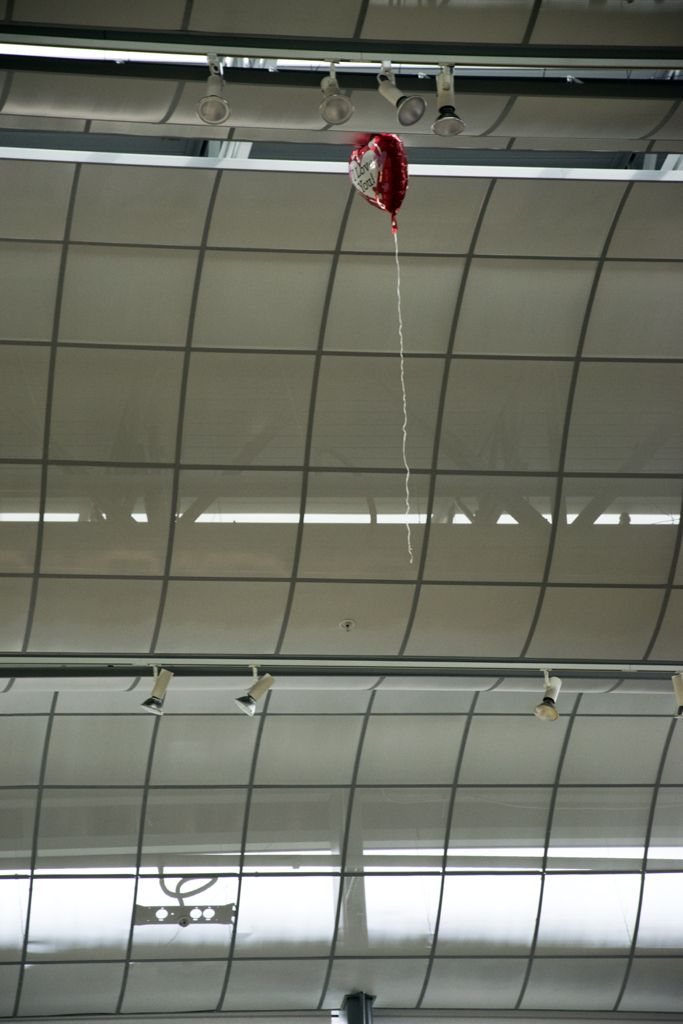 11 thoughts on “Gravesite of Bo Diddley in Bronson, Florida”