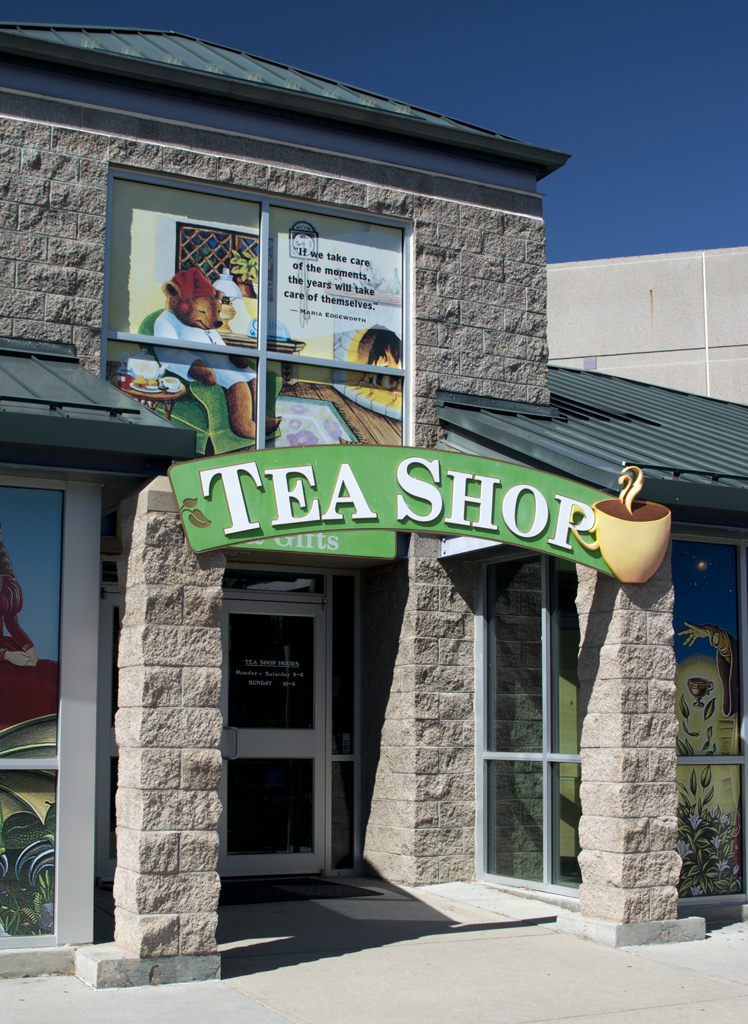 I hope you’re enjoying the new Throwback Tuesday Posts (TBTP) every week! This week I revisited a Bavarian town named Kronach for their annual “Light Up” celebration (Kronach Leuchtet) in 2012!

Once upon a time in the late ’70s, I entered college. Among the millions of things my college buddies taught me about, knowingly or unknowingly (thanks, ladies!), was herbal tea. Namely, Celestial Seasonings. Now, at the time I was diligently building up my coffee-and-cigarettes-for-breakfast habit, so I didn’t partake of the herbals much. However, I was impressed by my friends’ worldliness in knowing about herbal teas and their otherworldliness in consuming something with ‘celestial’ in the name.

Although I never developed the tea habit the way some of my friends did, I was delighted to learn that the Celestial Seasonings factory is in Boulder, just a short drive from where I now live. AND they give FREE factory tours! So, of course, I headed there as part of my mission to bring you interesting places on this blog. And, for those of you who are wondering, I did eventually drop the cigarette part of my coffee habit.

The Celestial Seasonings factory is outside Boulder city on several acres in the Gunbarrel area. If you’ll recall, it’s the same neighborhood as Avery Brewing Co., which I wrote about in a previous post. 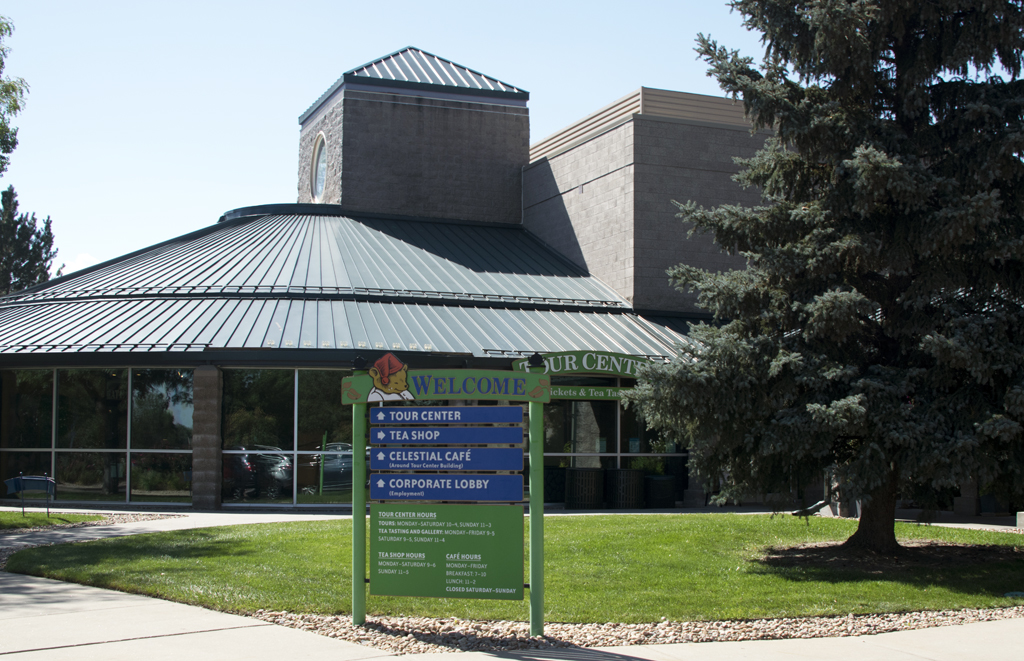 I parked in a lot that was much more crowded than I expected. In fact, the place was pretty busy for an early Friday afternoon. But I easily found my way to the Tea Shop (read, gift shop) where the tours begin.

I checked in at a podium and was given my ticket: a package of Sleepytime tea, their flagship. It’s the biggest-selling herbal tea of all time – and if you learn nothing else from this tour, you will learn that fact! 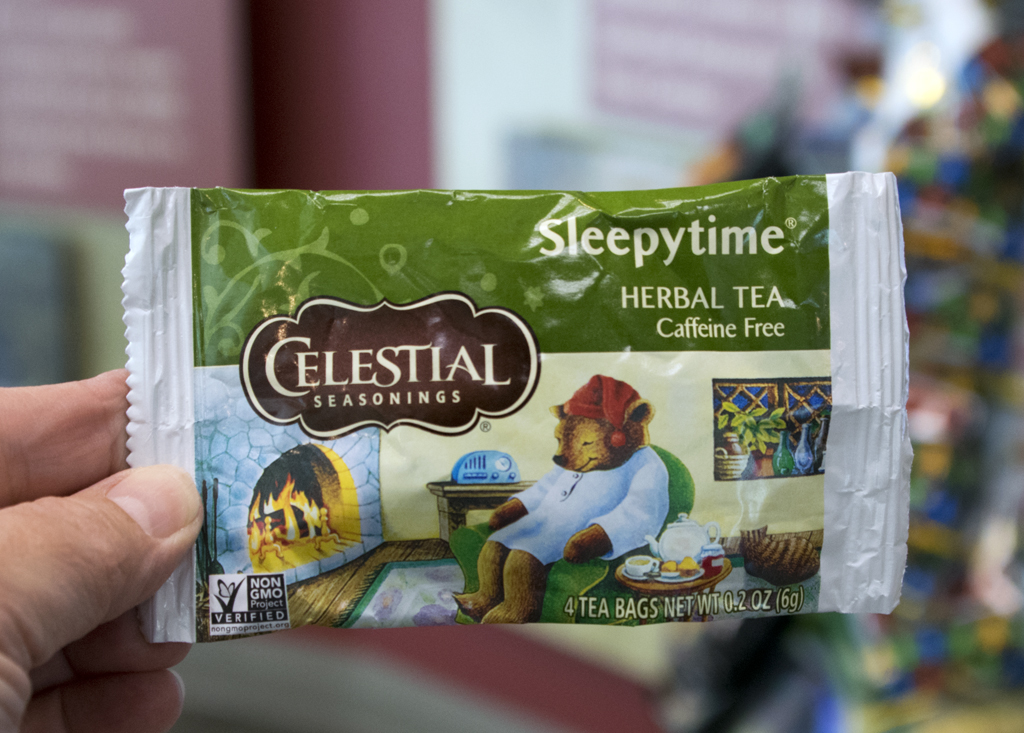 When I turned around from the podium, I was confronted by the Sleepytime bear himself! I said hello, but he seemed to be dozing. 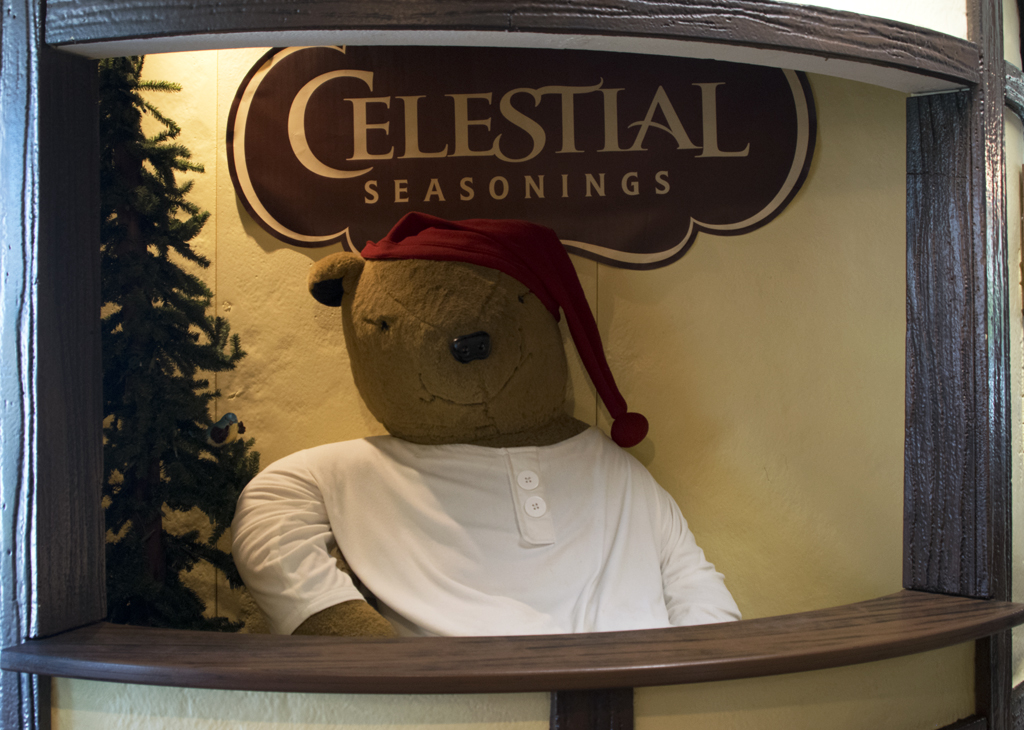 This bear was sitting inside a giant teapot. On the other side of the teapot was a doorway to a small room inside, a replica of the one on the Sleepytime package. The best photo I never got that day was a young man standing in that doorway yawning!

This area was a cafe, and you could try as many of the teas as you wanted from these urns while you waited for the tour to start: 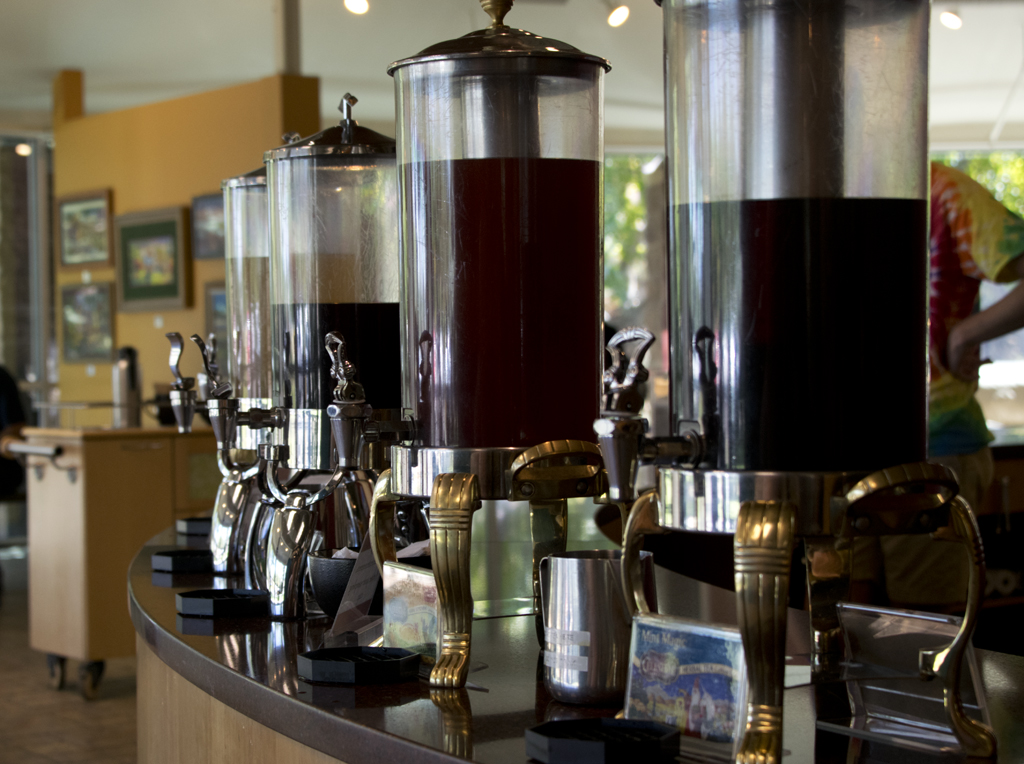 I was also interested in the teapot and teacup collection on display: 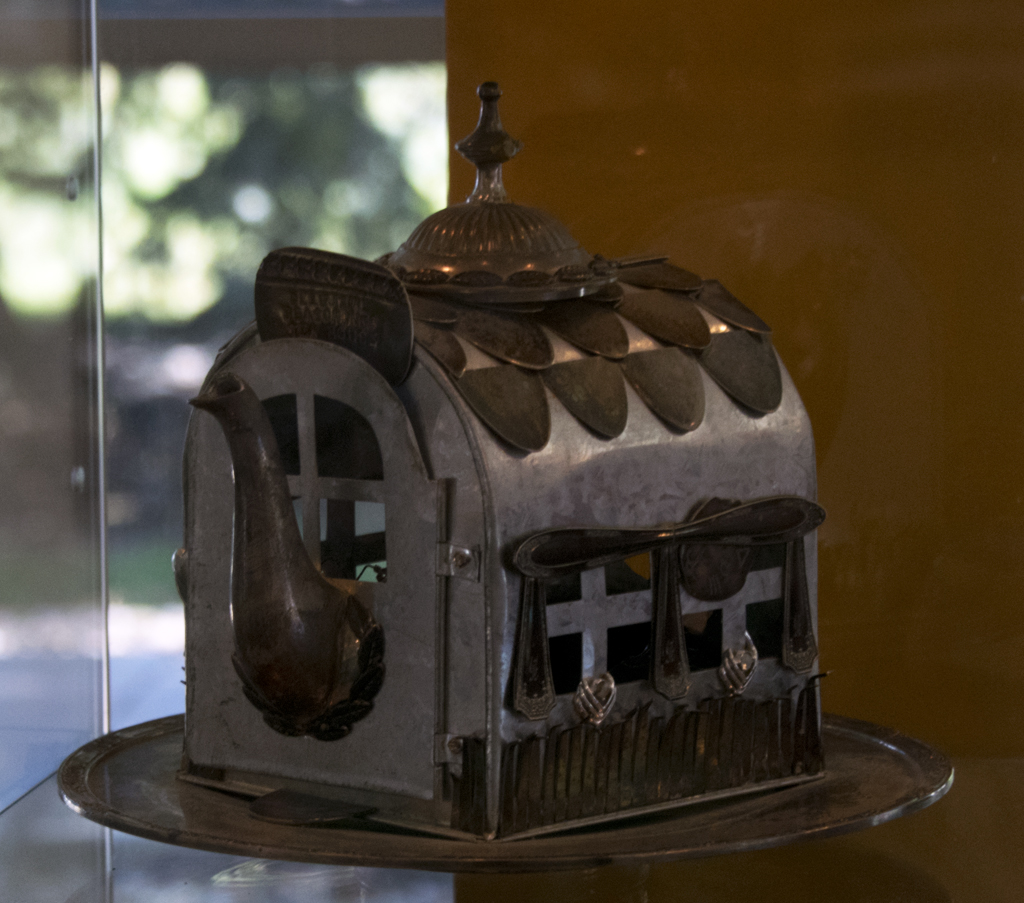 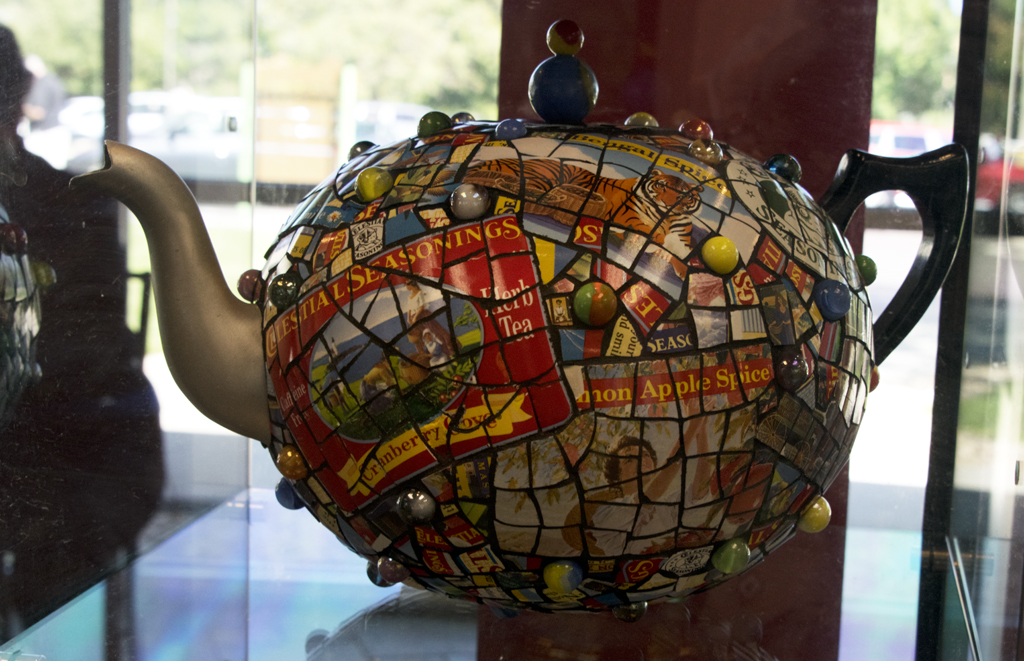 They had the company history on display boards – here’s the first one: 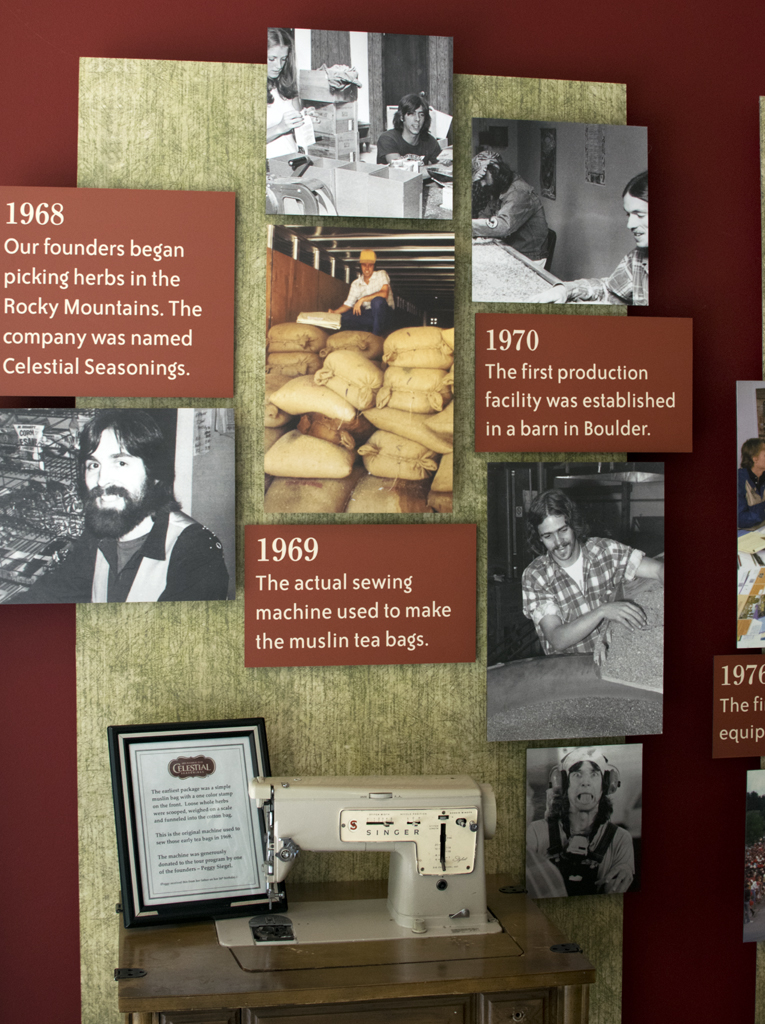 No one could tell me exactly what herbs the founders initially picked in the mountains, though. Bet I know which ones they’d pick today…

Presently, a friendly tour guide showed up and led us into a small room with a video screen and this dress made of tea wrappers:

We watched a video that reiterated what the history boards in the lobby had told us. Then, we had to put on hair nets (some of the men had to wear beard nets) and we trooped down the side of the building to the factory tour entrance.

We were not allowed to take pictures in there, so there won’t be any here. But I will tell you that the walking tour lasted about 30 minutes and it was very loud in there! I couldn’t hear what the tour guide was saying most of the time, but I loved seeing the conveyor belts and robots dutifully churning out boxes and boxes of tea. The factory signage was ornate, too, and I SO wanted a picture of the scrollwork sign that read, ‘Tea Bagging’. But they were watching me so I didn’t even try.

The factory was mostly open, but there was a separate room for actual tea – black, green, white, red – that must be kept separate from the herbs or it absorbs flavors from them. And most remarkable on the tour was the Mint Room. The mint must be kept in a separate room because everything in the factory would taste and smell like mint. We stood in there for about five minutes, and my eyes were burning by the end. We were cautioned not to rub our eyes while in there, too. Wow!

After filing through the factory, we exited through the gift shop (apologies to Banksy). There I bought a tea saucer – notice many of these have the images from Celestial Seasonings boxes: 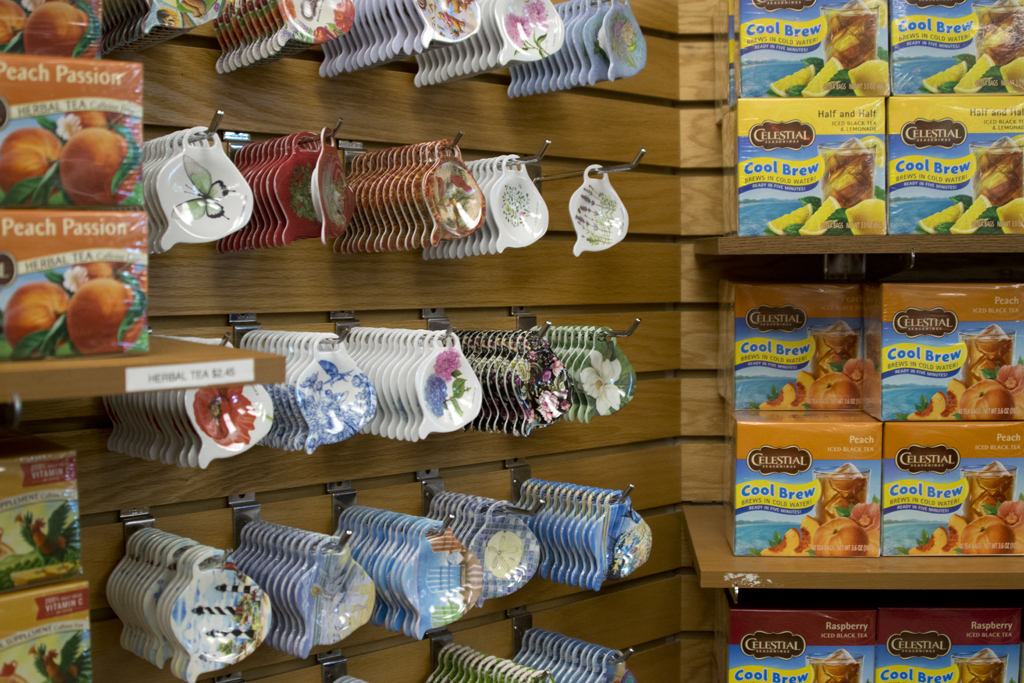 You could buy magnets and cards about your survival of the Mint Room: 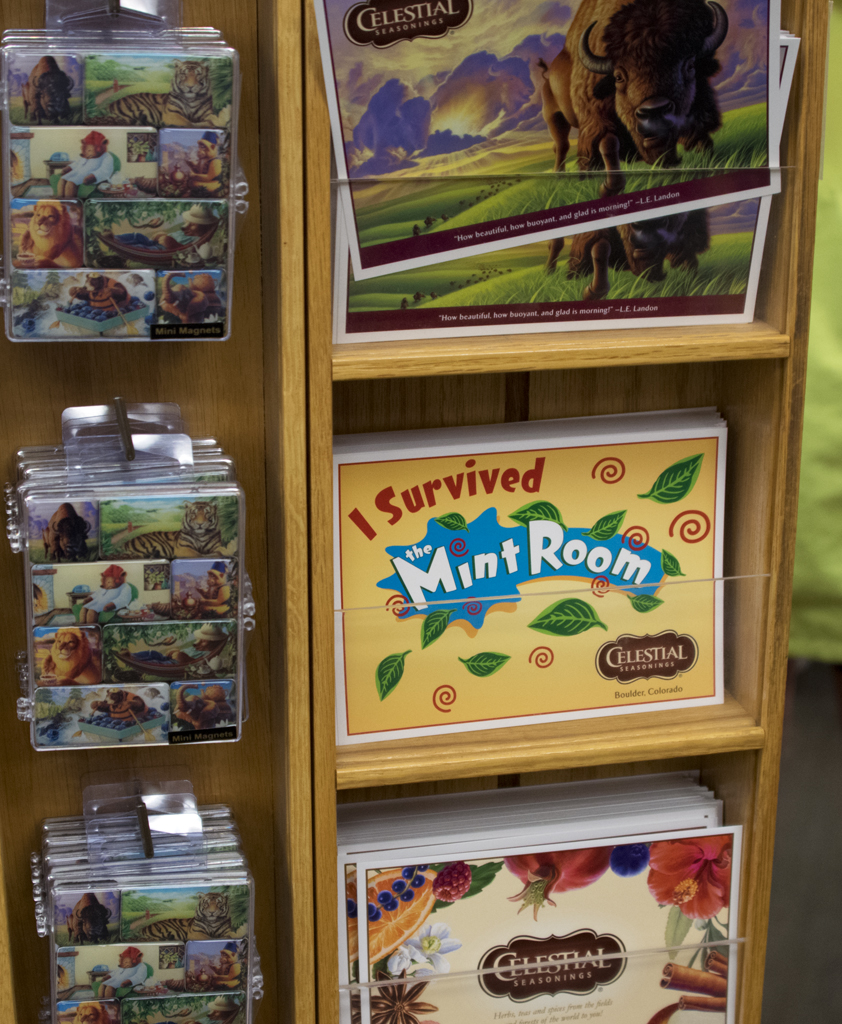 They even had lip balm with tea flavors! 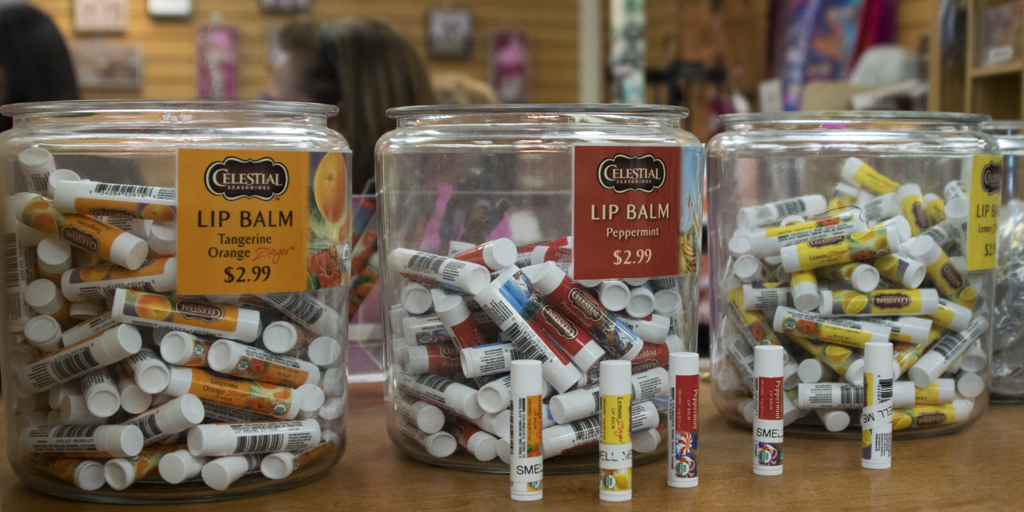 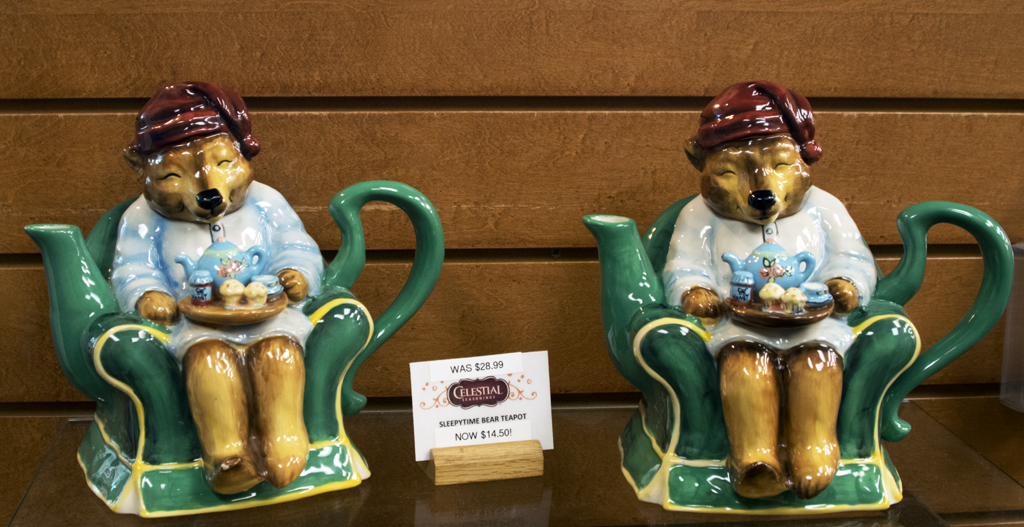 Of course I bought some tea on my way out, too. And I asked about what kind of cinnamon is in their tea: it’s from Vietnam. FYI, Ceylon cinnamon is what you really want – it’s healthy and has immune-boosting properties. The other stuff is just tree bark and may even be harmful. So read your labels!

Anyway, it was a very nice, comfy tour, kind of like the teas you can get there. I would recommend this for a nice way to spend an afternoon. It’s free and family-friendly. They conduct tours every day: Mon-Sat 10-4 and Sun 11-3. Cafe and giftshop are open longer hours. Take a selfie with the Sleepytime Bear and take in some very cool teapots while you wait. And brace yourself for the Mint Room! 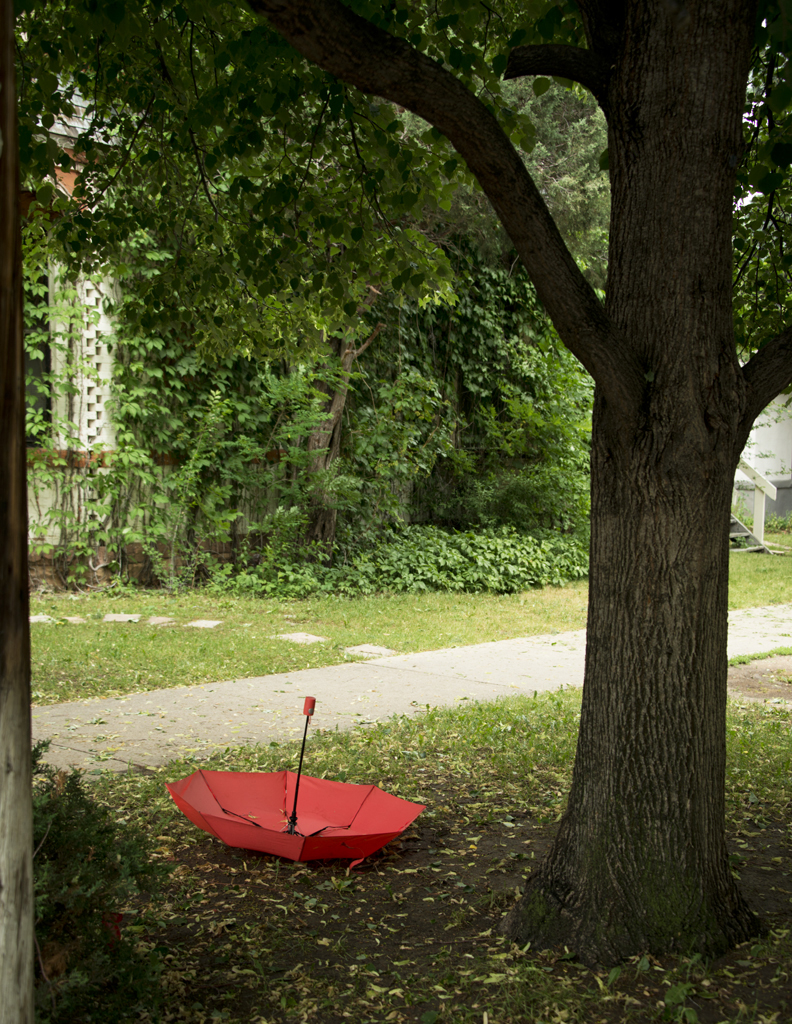